what a relief... LOL... here it is for those who have somehow been sleeping through the last year of blog posts LOL 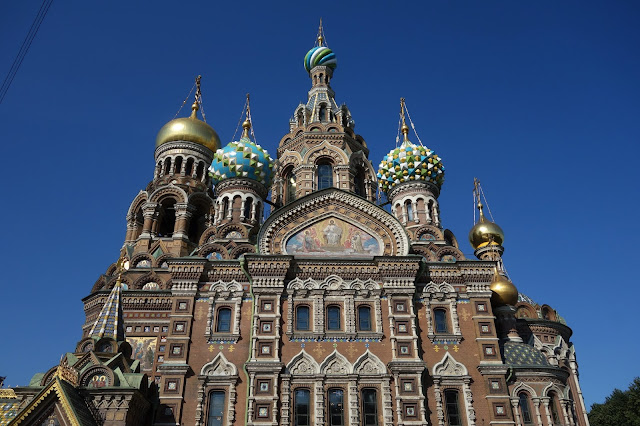 We hope this holiday letter finds you well!  2015 ended for us with a trip to Cuba for ten days which was as a “people to people” exchange that we enjoyed very much.  Our 2016 was one of many changes and was a lot different from our usual year of travel and social plans because we had so many things transition in our lives. AND- the Cubs won the World Series after a mere 108 years, bringing much joy to Chicago (our summer home town.)

2016 started off with us in residence at our winter home in the Sarasota/Bradenton area for the sixth winter.  We had a number of guests this year, including friends Mon & Beth in January and in February visits from Maryanne in mid-February and Jean a week later or so.  Our winter was filled with symphony and ballet in addition to the classes, theater and concert schedules, as well as the Sarasota Film Festival, the Forks & Corks celebration.  We had a reunion with Victoria’s old friend and former co-worker, Chris Grayson Knutte, in January (fifteen years lapsed in a nanosecond!) and Phil’s Salzburg (1970) group had a reunion in mid-February. 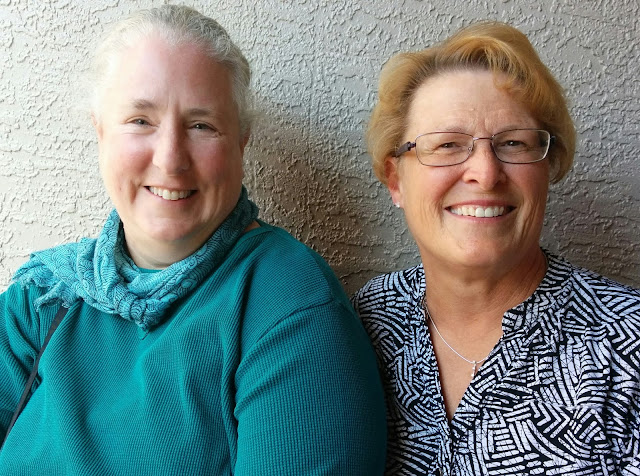 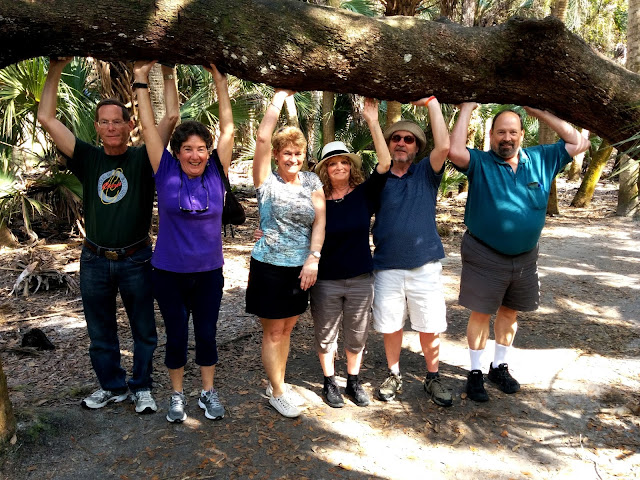 As we mentioned in last year’s letter, we do the same things in Florida that we do in Chicago, just in different seasons – so our entire year has included lots of theater- lots of concerts and many, many, amazing meals.  As always, everything is reviewed on the blog, so feel free to delve into our two “seasons” by reading further details at    http://blog.semifreelife.com/

Some highlights of our year – in order of significance to our lives, we sold our four-story home (too many steps, too much maintenance) and moved into a “largish” condo in a small elevator building (12 units) in a neighborhood roughly one mile from Wrigley Field in Chicago.  We closed on our house in early April but didn’t move into the condo until mid-May.  In between homes, we had a Chicago visit from Aase, our dear friend from Denmark who missed seeing the new place by just 36 hours L but who we were lucky enough to see twice this past year.

Three days after we moved our stuff out of storage, we left a box-filled condo to head to NYC to visit friends Alix, Laure & Arno.  Our daughter Angela and her fiancé, Lee (engaged this fall!) had moved to North Carolina in mid-2015, so we visited them in Durham in March.  In early April, son Jeremy visited us during the Film Festival in Sarasota, but we were able to see him in NYC too!

During our year of mostly good changes, we had the sadness of our cat Penny’s passing after an extended illness– just before Victoria and sister cat, Lucy headed to Chicago, moving into the new condo in late May.  A few days later, Victoria headed west to meet travel buddy Tom for the annual DART - Disappearing America Road Trip (this year it detoured to Canada – Victoria & Vancouver mostly) while Phil went off to Ireland on a music tour, making new friends of Mike & Leslie.

By the end of June, we had settled in to the new place well enough to have our first dinner party on the deck of our condo. For Father’s Day, Angela & Lee and Jeremy came in to celebrate with Phil at a Cubs game at nearby Wrigley.  We also entertained on the deck in July, when many of the attorneys Victoria worked with for decades were in town for a meeting. 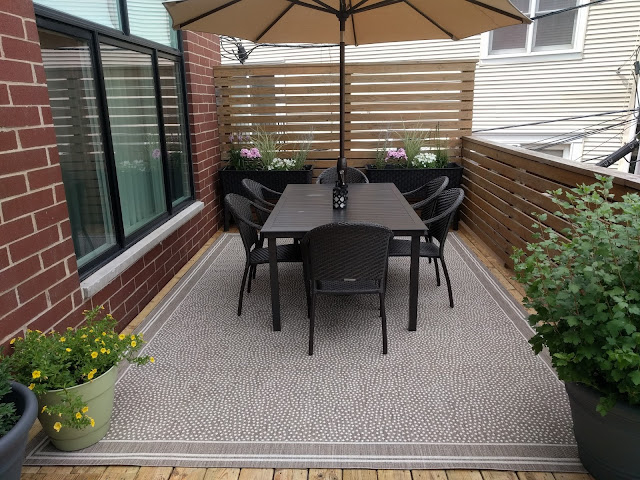 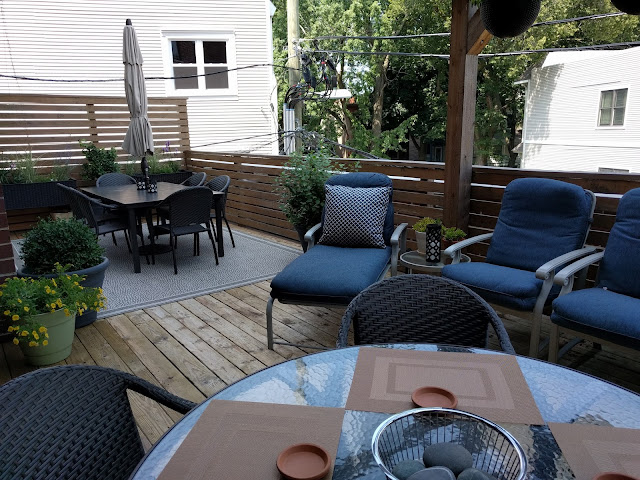 This summer we also made a quick trip to Michigan to visit friends Chuck & Georgia,  and for a Jackson Browne concert at Interlochen.  We had a couple of dinners with new friends Mike & Leslie, including one with Mike’s musician colleague, Al Stewart (who is a wine guy as well as being the singer-songwriter of one of Victoria’s all-time favorites – you guessed it - The Year of the Cat LOL.)

Later in the summer we got around to having our anniversary (15th) trip – two months late LOL. We went to Copenhagen to visit all our Danish friends – Aase came over from Aalborg to join us for a few days and then we got to spend an evening with Poul & Lene and Martin & Susan and their kids as well.  We departed Copenhagen and made a ten day journey around the Baltic Sea.  Our small ship had 98 passengers and made stops in Bornholm, Gdansk, Riga, Tallinn, St. Petersburg, Helsinki and Stockholm (where we stayed a couple of nights after getting off the ship.) The highlights of the trip were many, but one lifetime highlight was getting to meet Lech Walesa! 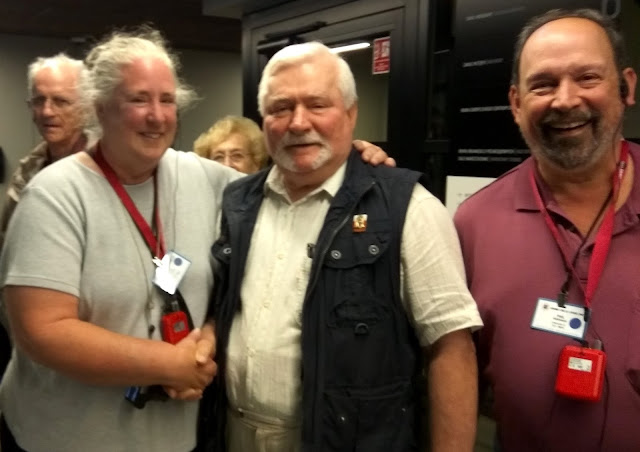 When we got back to Chicago, we had a visit from brother Steve and sister-in-law Suzanne to celebrate Steve’s birthday together.  We had terrific meals at El Ideas, 42 grams and mfk.  We were unfortunately not able to time an evening to our newest favorite Oriole- where we had four amazing meals this summer/fall.  We were not in the least surprised when they won two Michelin stars in November despite having just opened in February.  This place is the one we would put on the “MUST GO” list for anyone visiting our lovely city.  It is so good we have a reservation for a “forced trip” we have back to the frozen tundra in January LOL.

Before we headed south for our winter home we had a last trip from Chicago for 2016.  We were lucky enough to have scored tickets for Desert Trip in Indio, California in October.  We relived many of the moments of our youth during the three day festival in the desert at the same location of the Cochella Festival (this one was dubbed “Oldchella” LOL.) This was a once-in-a-lifetime event that basically substituted for our usual October trip to Europe for Phil’s birthday, cost the same amount and was worth every penny! Just look at this line up! 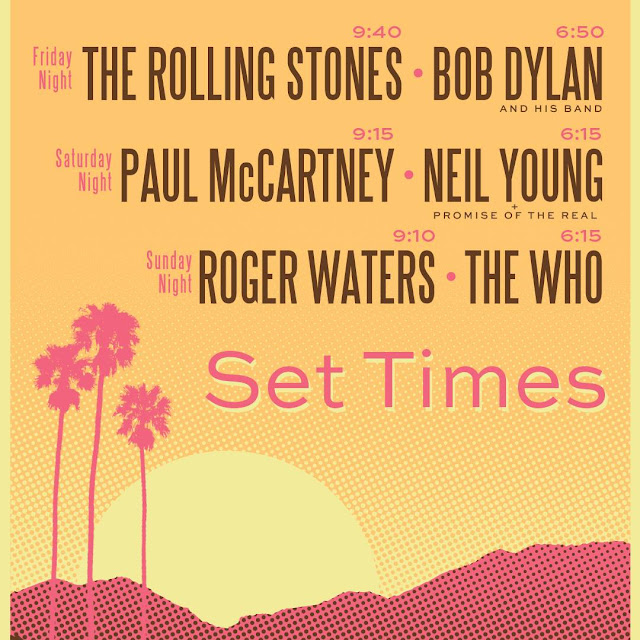 Victoria arrived in Florida with Lucy on Halloween.  Phil insisted on staying in Chicago until after the World Series, and followed after celebrating the Cubs victory, like all the neighborhood and much of the country by crying and dancing in the streets of Wrigleyville. Both Angela and Jeremy had come in during the playoffs and series to be in town for the run up to the astounding game seven. WOW what a victory that was!

So we were all settled in by the first week of November.  Brother Larry came up from Miami for Thanksgiving weekend and we are headed there for Christmas weekend.  We just returned from a quick trip to Cartagena, Colombia with friends John & Barb (Florida neighbors who share the same schedule for Chicago summers as we do.) Victoria is signed up for class with the January term; Phil is sitting this term out.  We have a visit to Chicago for four nights in January to handle some of life’s details (GOES renewal, dentist appointment etc.)

Right now our travel plans for the upcoming year are varied.  Victoria is signed up for a trip (market and cuisine oriented) to Uzbekistan in March, her DART trip with Tom (to Delaware and Maryland) in April, when Phil will return to Chicago just after the Film Festival. Lucy and Victoria will head back to Chicago late April.  We have an Ireland trip on the books for June/July (Part Two of the one Phil took in 2016.) An October “epicurean” trip to the Republic of Georgia will round out our time in Chicago.

Angela & Lee have a wedding coming up but we are not sure of the date yet… so 2017 promises to be as busy as prior years but much less stressful than 2016 has been.  Between moving out, storage and moving in, the loss of our dear kitty Penny, and the election outcome (a horror to old hippie liberals like we are) the end of 2016 will be joyfully greeted.  Every year we close this letter with the same message – about counting our blessings.  This year while we do so, we also have concern for the future of our planet, and our friends who are black, gay, immigrants or anything other than white, male and Christian.  So we send extra light and hope and thoughts to all in need.

We hope this finds you and your families happy and healthy.  As the year closes, we count our blessings and send to each of you our very best wishes for health, wealth, happiness, peace, prosperity, abundance, and good luck in 2017! 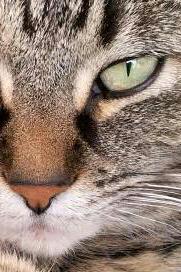