do we think there is any situation in life that Bob Dylan hasn't somehow captured in his thousands of songs?  I was about to title this post "one more" when a song of Dylan's came into my head "one more cup of coffee for the road. one more cup of coffee 'fore I go...to the valley below" I don't even really know what song it is but I can so clearly hear HIS voice singing it....

but I seriously digress because I was going to post one more photo from the Colombia trip sent to me today by Nancy Pinson. (OK- two)  It is a photo of me with my arepa (the actual one I made upon close instruction) and the arepa ladies who guided me in the process...LOL  - so soon we will head to the airport but since we still haven't left I have time to post one more photo from the last trip before I go.... 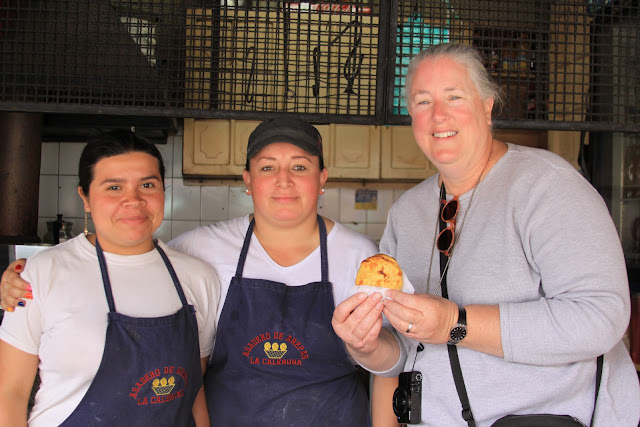 as you can see the folks there are quite a bit shorter than I am - LOL- even leaning in they still only reach shoulder height. And even funnier - you can see how enthralled this lady was in teaching me (another incompetent tourist she thought- LOL) how to make an arepa (she was probably thinking I can't believe you could get to their age and not know how to do this- LOL) 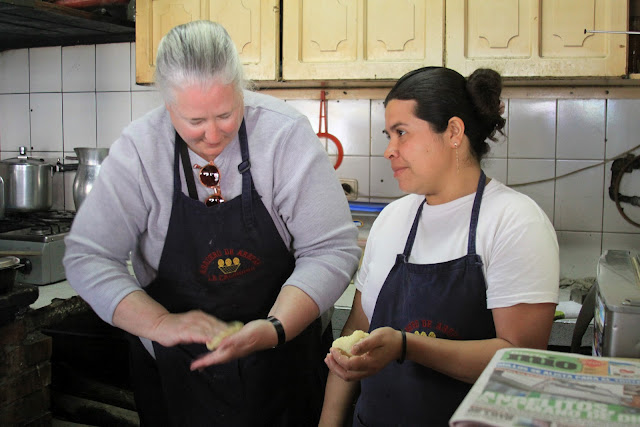 Posted by TOR at 4:53 PM No comments: Links to this post 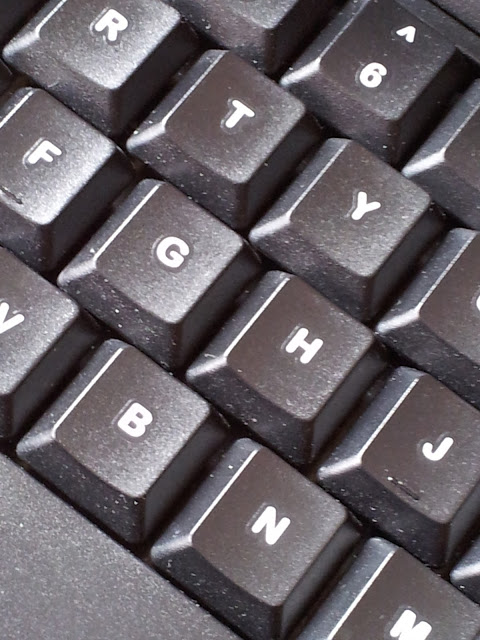 and when I finally resurfaced today mid day I found fall had fallen- all of the sudden we have trees dropping leaves of yellow/gold...  here is a view from the front door - 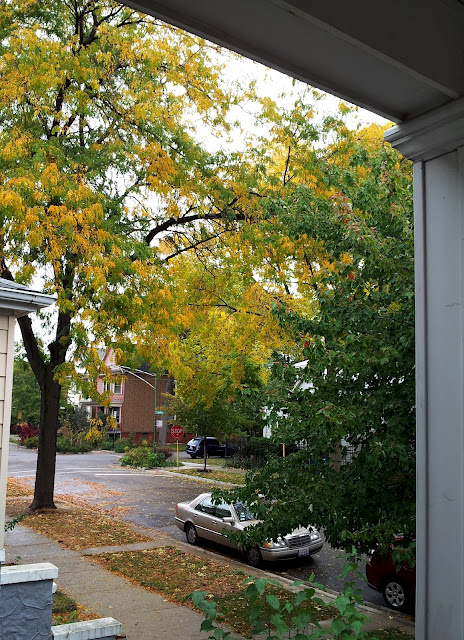 and then I noticed that the plumbago which flowers in the fall was also in autumn mode... 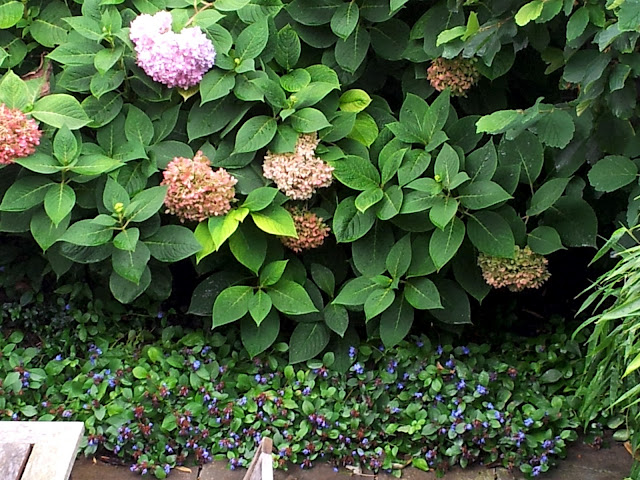 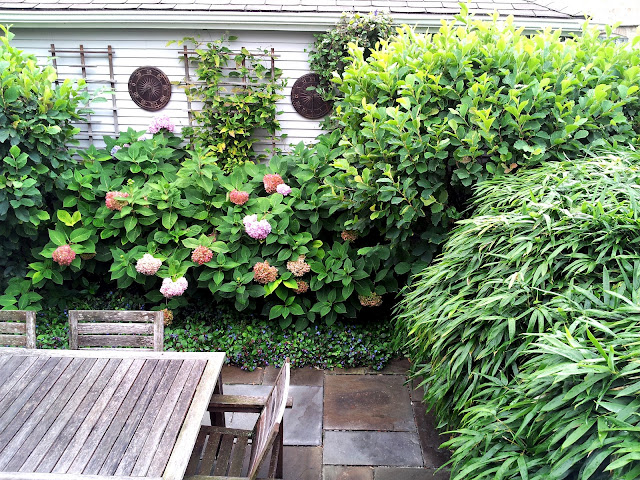 compare with a photo from June 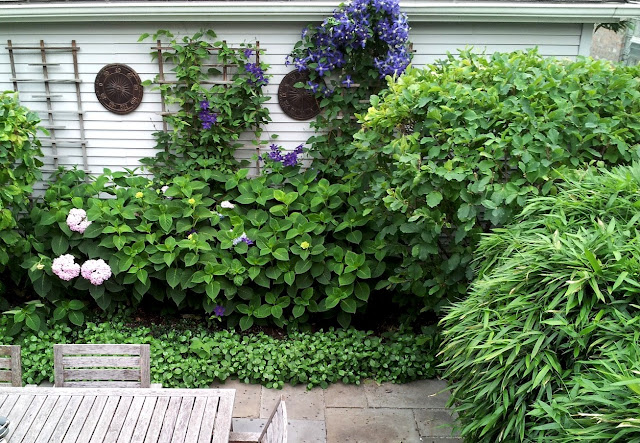 so time marches forward or onward or just plain marches- but I was struck by the contrast of the outdoors and the indoor experience we had last Saturday night.

as you know from prior posts we were having a dinner party for friends... Laure and Arno were in from NYC and we had recently reconnected with an old friend Michael so we were celebrating good friends.

Neil brought some magnificent wines and the clear wine of the evening to me was this Chambolle-Musigny from 1971--- speaking of time not passing - this bottle of wine was absolutely EXQUISITE! 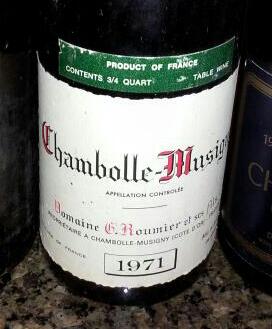 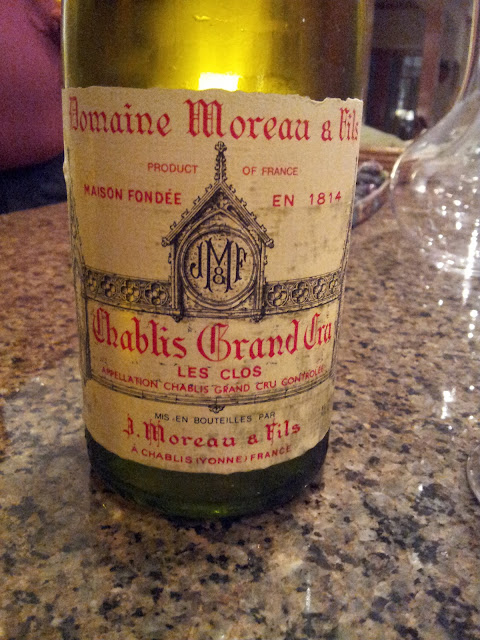 and while it didn't show as well as the 1971 Chambolle, this wine had it's moment of glory as we inhaled the classic barnyard nose of Burgundy from this 1923 Pommard Les Rugiens. (several years back Neil had shared the '23 Pommard Epenots with us at a birthday celebration) 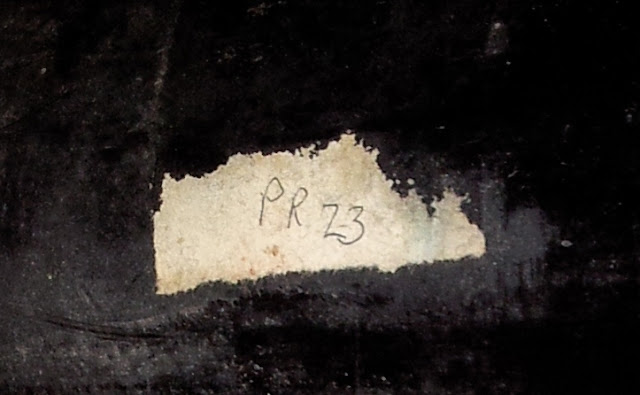 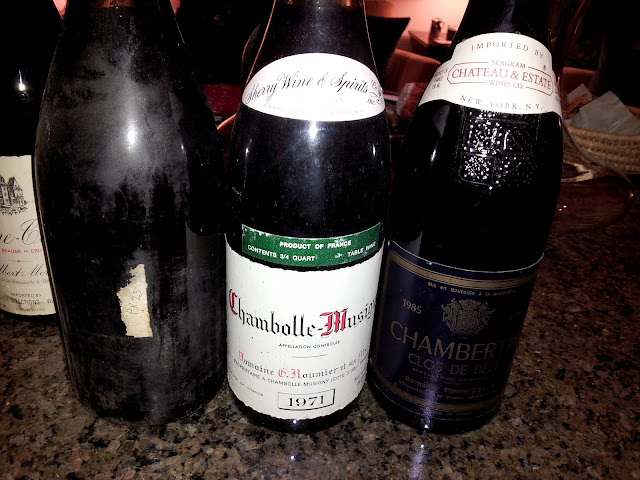 thanks Neil for sharing such amazing and instructive wines... put a new perspective on the passage of time!

and so on we go- time to pack and think about how to tell anyone who asks that my husband speaks Danish (and say it in Danish!) LOL - plans with friends on Friday and Saturday night and then our friend Aase arrives in Copenhagen on Sunday from Jutland to spend a couple of days together before we head on to Helsinki and Stockholm.... as always - more later - my camera is upstairs charging even as I type this...
Posted by TOR at 2:28 PM No comments: Links to this post

so back to seascape

the play we saw last week at Remy Bumppo

seriously- this was a play I had a fair amount of trepidation seeing- Albee can be brilliant- but also can be horrifying in that waaay over the top way... 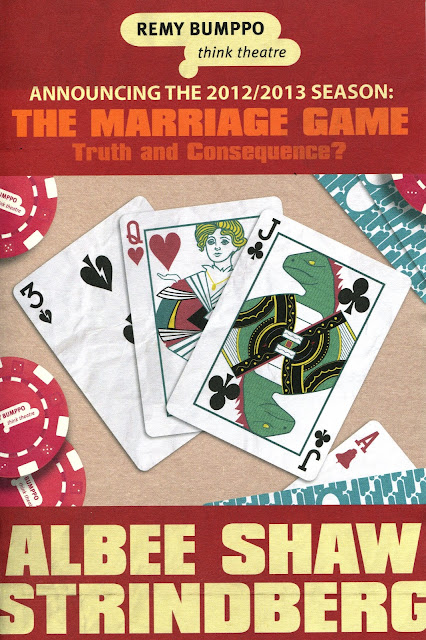 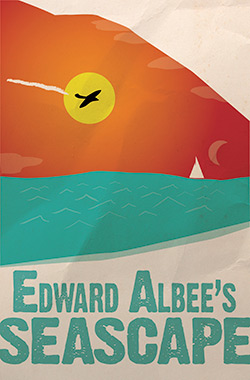 this was the exemplary cast

let me say that they were all wonderful but the actors who inhabited the lizard roles Gavino and Parris were incredible!   Albee won his second Pulitzer Prize for this play and one can certainly see how provocative the play is these days but in 1975 in the days before tea party evolution denying "creationists" this would have seemed to have been less so -
here is a brief blurb about Albee-  ﻿

this is the web site's summary:  Charlie and Nancy, a recently retired, happily married couple, are enjoying an afternoon on the beach, disturbed only by the occasional low-flying plane and their own arguments, when suddenly their peace and their ideas are threatened by the appearance of a younger, adventurous couple—who just happen to be of another species as well. This winner of the 1975 Pulitzer Prize displays all of Albee's singular linguistic playfulness as well as his willingness to make his characters bravely confront their own everyday fears and face the dangerous unknown The last time Remy Bumppo tackled Albee, both the production and Annabel Armour earned Jeff Awards. This time the human relationships with animals are strictly platonic—a journey into primordial eons and emotions, where lizard brains and human pains face futures both immediate and infinite.

here is a link to their "trailer" - I include it because it has some visuals of the "lizards" and you can see how they completely inhabit their lizard-ness...

then on Sunday Phil went to see the current Northlight offering on Woody Guthrie with one of his folkie buddies, Nan....

here is the group of plays we will end up with over the course of the season: 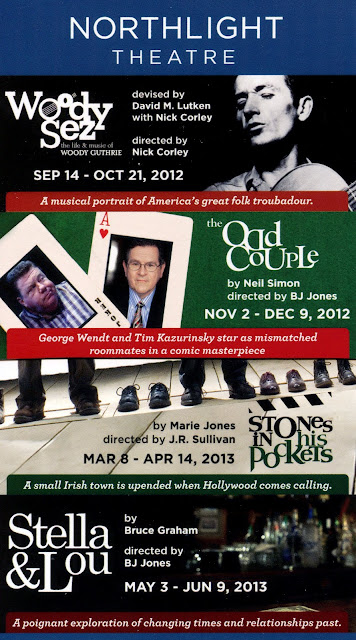 I would recommend Seascape to anyone looking for an unusual night at the theater- while I laughed heartily at a number of scenes and fully enjoyed the evening - it may not be everyone's cup of tea so to speak. Next up on our theater calendar is the Raven Theater production of Odet's The Big Knife and then the Northlight production of The Odd Couple with George Wendt. 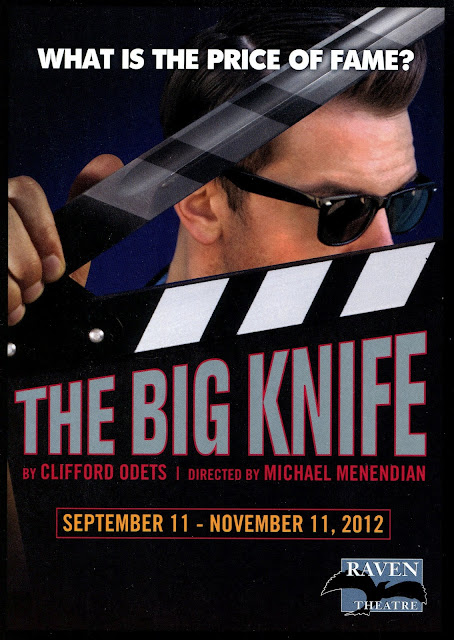 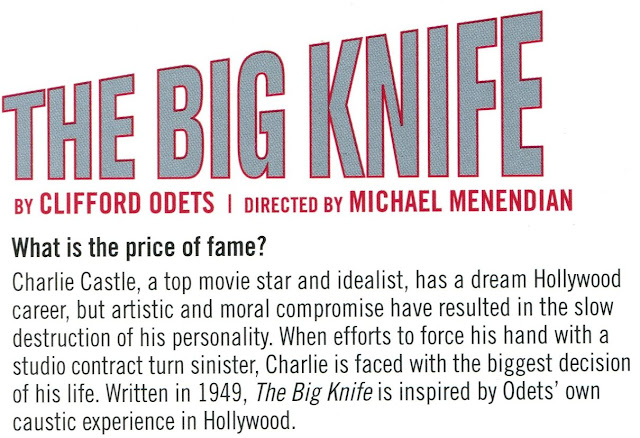 so will continue to report on our reviews of the things we see and do and EAT- LOL...
Posted by TOR at 7:01 PM No comments: Links to this post