so when I went out

to take a photo of our lovely day I found my camera had some other pictures on it and at first I didn't see what they were but when I opened the file I remembered I had taken a shot of this fabulous spider web an industrious spider had built next to our garage door.  So here it is with the spider outlined in yellow 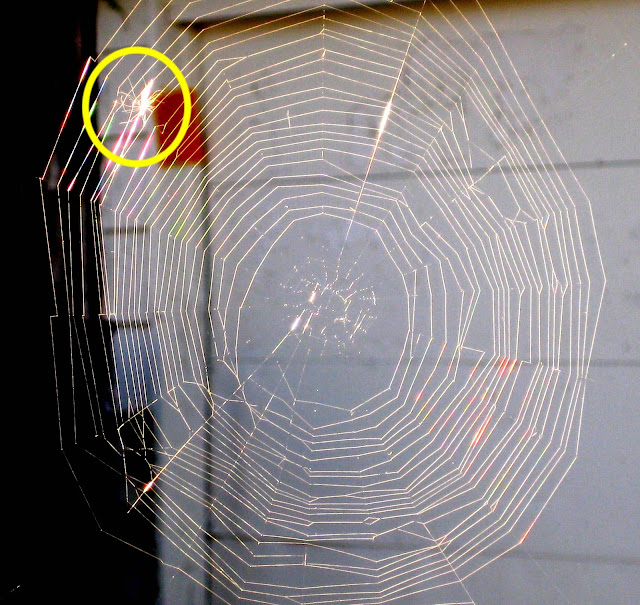 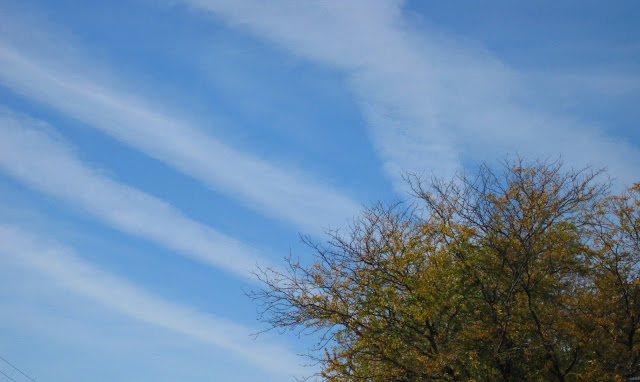 so see - it is a great fall day here in the windy city.
Posted by TOR at 2:43 PM No comments: Links to this post

one of the great things about being a city dweller is you can always find interesting things going on. a couple of weeks ago I took an architecture tour of various city parks and boulevards.  it was a rainy morning but the rain was scheduled to let up in the afternoon - the time for the tour - so I went downtown and joined the tour.  today is an even more beautiful day as we have morning sunshine and blue skies with only wispy clouds.  here is a picture from the tour that I took in Lincoln Park with a pocket camera.  I tried to find the most colorful spot in the flower beds and I think I did a pretty good job of getting lots of colors- LOL 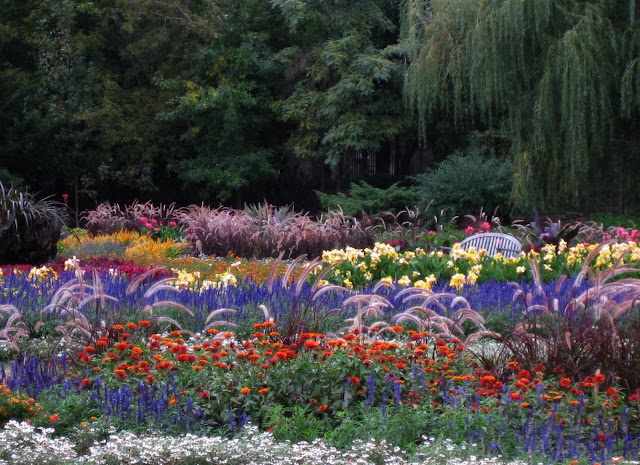 Posted by TOR at 10:42 AM No comments: Links to this post

now that I have a semi-free life I have opted for matinee opera tickets instead of evening.  so today I took the train, met two very nice women also headed there when I was waiting at my train stop.  arrived in perfect time for the 2 PM show of Carmen.  I had heard this sung a few years back by Denyce Graves and of course loved her Carmen but today's cast were excellent as well including a Don Jose sung by an Asian opera singer I did not know named Lee.  one bad thing was that the last member of the box arrived late (at the third scene of act I) disturbing everyone else as she tripped to the front row of chairs and reeking of about a half bottle of heavy perfume and then five minutes after she arrived her cell phone rang- really hope she won't be returning on the same days I am going.

so a photo to give an opera kind of feel- something I took in Venice a few years back (four trips in ten years so I am not sure which one) and that I used for the invitation to my mom's 75th birthday party five years ago. 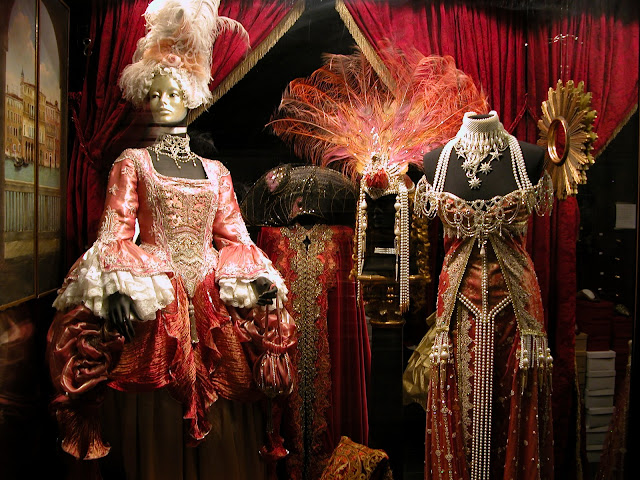 OK so it isn't too Carmen like - won't see too many gypsy girls rolling cigars in those outfits but hey- no photos at the opera so this will have to do- LOL
Posted by TOR at 9:42 PM No comments: Links to this post

here is what I was writing when I was stymied from a second photo posting: 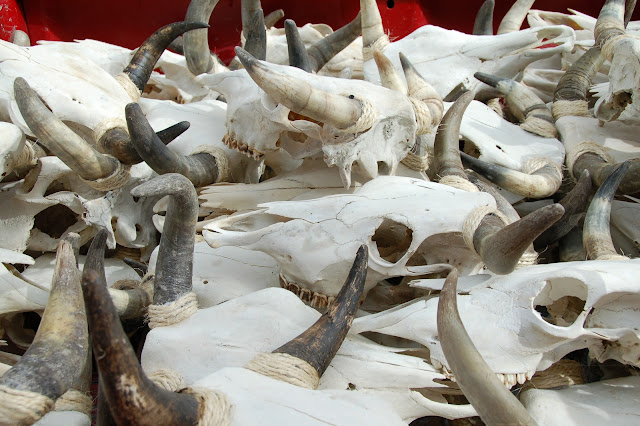 I mean how cool is that - that you can make a living going around to farms buying dead cows' skulls that have bleached out in the sun.  Kind of the ultimate in recycling
Posted by TOR at 9:00 PM No comments: Links to this post

I was having a long conversation with my friend Tom today and we were discussing the trip we took that led to the photo of white sands in yesterday's post.  this is not a trip for everyone but we enjoyed ourselves and found many things in a week long road trip of interest.  Tom recalled the farm implements museum with the exhibition on early Jewish settlers in NM and I recalled the 50s sci-fi movie set like atmosphere of Sunspot.
Here is another photo from Silver City which is apparently billing itself as a retirement community these days 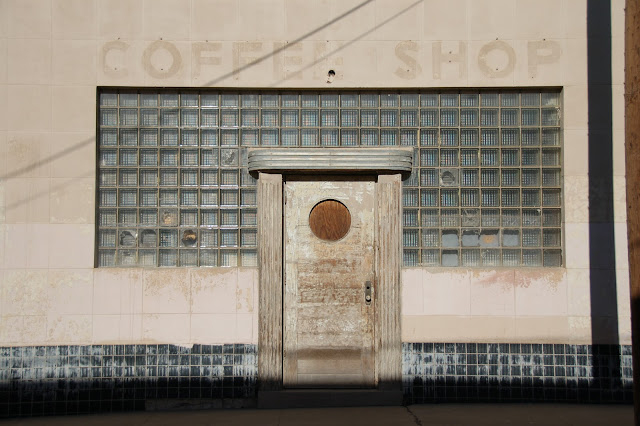 apparently you can only put one photo up at a post- which is kind of sucky - but maybe I will find a way later to get past this - meanwhile I guess you will have to work backwards...
Posted by TOR at 8:56 PM No comments: Links to this post

here is a blurb from Yahoo about the WIND!

CHICAGO – A massive storm with wind gusts up to 81 mph howled across the nation's midsection Tuesday, snapping trees and power lines, ripping off roofs, delaying flights and soaking commuters hunched under crumpled umbrellas.
Spanning from the Dakotas to the eastern Great Lakes, the unusual system mesmerized meteorologists because of its size and because it had barometric pressure similar to a Category 3 hurricane, but with much less destructive power.
Scientists said the storm had the force of a blizzard minus the snow.
"If it were colder, we'd have a blizzard with this system," said David Imy, operations chief at the National Oceanic and Atmospheric Administration's Storm Prediction Center in Norman, Okla. But temperatures were in the 50s and 60s, instead of the 20s.

Maybe the wind could use the Buddha...AND thank god it wasn't colder! 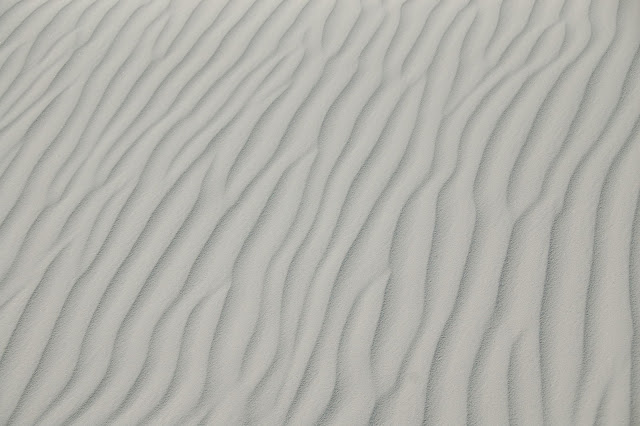 this BTW is not snow- but sand at the White Sands Range in NM - it is kind of a shame you can't see it sparkle the way it does when you are there...
Posted by TOR at 5:39 PM No comments: Links to this post

I went to vote today and no surprise found myself getting angry at the lack of viable candidates- choosing between fascists and Chicago political machine hacks doesn't make for either enlightened government or happy thinking voters.

today at work someone told me something so stupid that they heard on the news I asked them why they would repeat something like that? Well of course- they heard it on the NEWS- like this was a credible source. jeez!

so what kind of photo do we need for today? Oh I have just the thing- a serenity inducing Buddha from Ayutthaya in Thailand 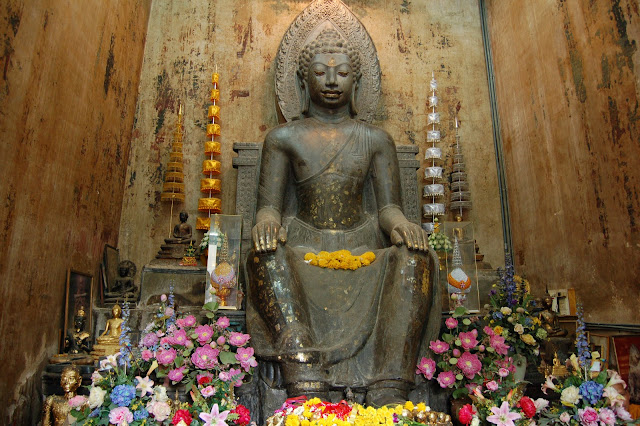 so maybe this Buddha will help us all find nirvana LOL
Posted by TOR at 4:45 PM No comments: Links to this post

hey what gives? it was 77 today in Chicago IL.  Stunning fall weather on October 25th - WOW

It is such a beautiful day it felt like natural air-conditioning.

soon our friends Chuck and Georgia will join us for a vacation to Argentina.  Today I was making the last arrangements for our day trip to Uruguay from Buenos Aires.  And in anticipation of our upcoming trip I am posting a photo of La Boca (home to the Boca Juniors) in BA. 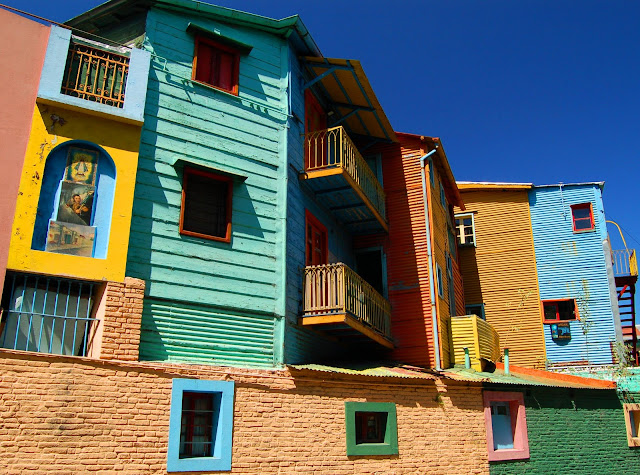 more later- of course
Posted by TOR at 8:11 PM No comments: Links to this post

my husband told me that no one wants to read about my cats - LOL- who cares? if I want to write about them then that is OK with me.  but here is something I thought to tell you- should I call you "dear reader" or is that just too precious? I think so- anyway

mostly what I am interested in is photography so I figured out how to link my photographs at Flicker and Shutterfly so I don't have to post everything all over the place.  All of the photos from about fifty countries - since 2002 are on Shutterfly - so I would start there..... but you can make your own decision.

last night we went to our friends' wedding - Zack & Becky got married and the relatives from Israel sent a video of good wishes for the occasion.  it reminded me to look at our pictures from the trip - which we just took last December.

here is one to whet your appetite- go to the photo links on the left hand side to see more if you want to really get a sense of what we saw. these are flat breads we baked ourselves at a moshav, located not too far from Haifa, that produced olive oil. 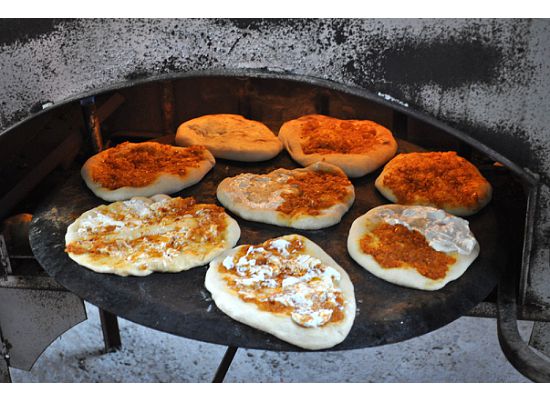 so I just learned to be sure the photo you want to use is OK because it seems like you can't change your mind along the way.  I had to delete the whole post and start over with cut and paste.

anyway- one more thing- Zack & Becky's wedding was wonderful- warm, loving, fun and of course the bride was beautiful! and the groom handsome!
Posted by TOR at 7:45 PM No comments: Links to this post

OK so today I ventured into the unknown in the kitchen.  by happenstance I saw marrow bones in the grocers and thought I might find a way to make one of my favorite "restaurant" recipes.

the recipe is thanks to Fergus Henderson and takes only 20 minutes.

this photo is from the website where I got the recipe but ours looked pretty much the same. 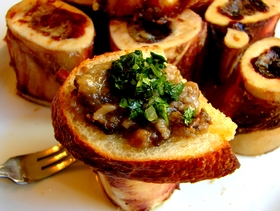 so now I know what shape bones to buy and in the future can serve this as an appetizer to our omnivore friends
Posted by TOR at 7:11 PM No comments: Links to this post