the world's oldest manatee (63 years old) lives in the South Florida Museum near here.  His name is Snooty and he is older than I am and I have "known" him since I first started coming here in the early 1960s.

he is the star attraction but the museum is a small but very nice general natural history museum for a small town and it has some other social historical exhibits as well.

we had been out the island to have lunch along the Gulf of Mexico at the BeachHouse in Bradenton Beach... we all had grouper sandwiches for lunch and frou frou drinks with umbrellas..

we came back into town and decided a visit to Snooty would be the thing to do on a Saturday afternoon. Snooty is as I said the world's oldest living manatee.  When I was a kid he lived in what was basically and oversized bathtub  in the museum but later he got a brand new big tank and a whole wing to himself- now he occassionally has manatee visitors but he is still hand fed California Romaine lettuce daily by his people buddies. 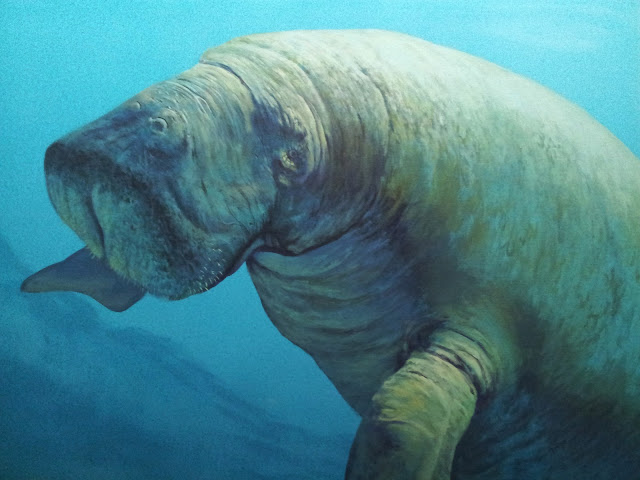 here is Snooty in his current digs: 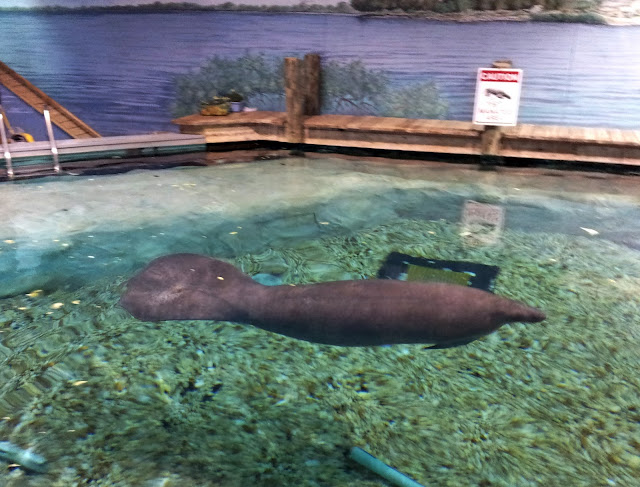 this is a 3/4 sized bronze model of the real guy! 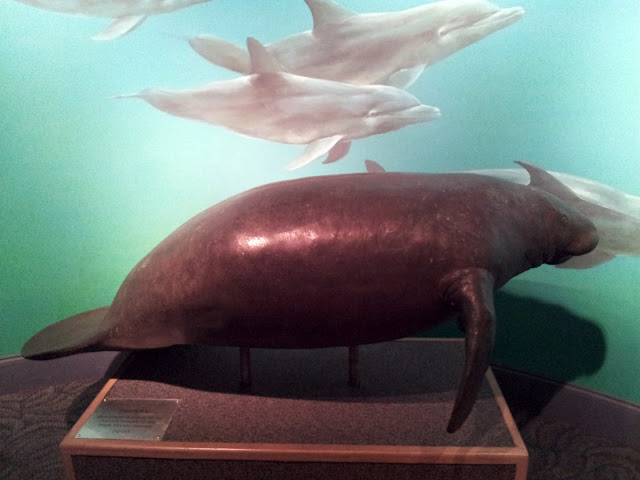 a newsletter from thirteen years ago when he turned 50! 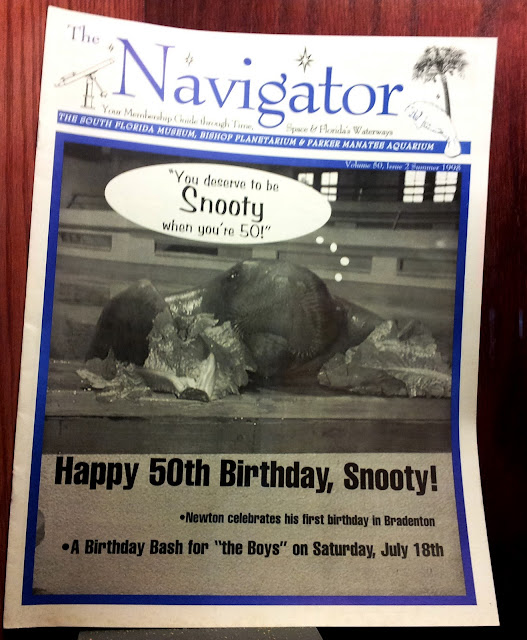 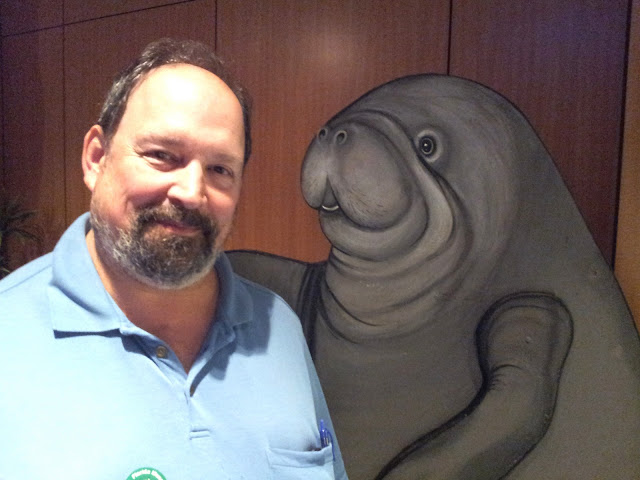 a booklet from the inauguration of his new home: 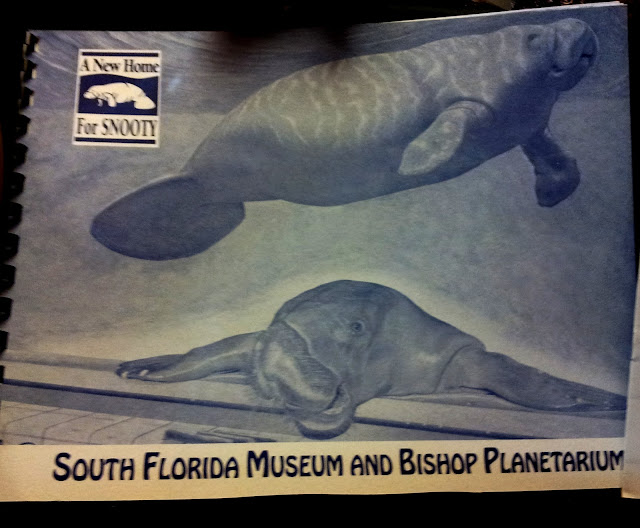 Lynn and the two of us goofing around by posing in the faux "swim with Snooty" cutouts... 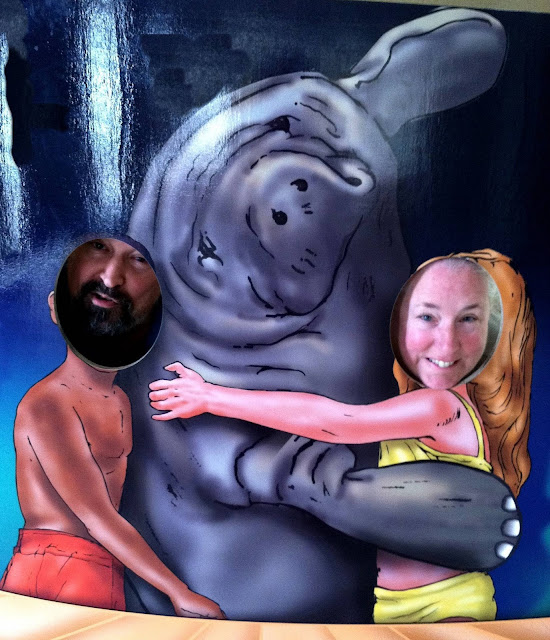 As I said the museum has some other things besides the big guy- and one of them is an historical Bradenton exhibit which featured the bathing beauties of yesteryear from Anna Maria island. 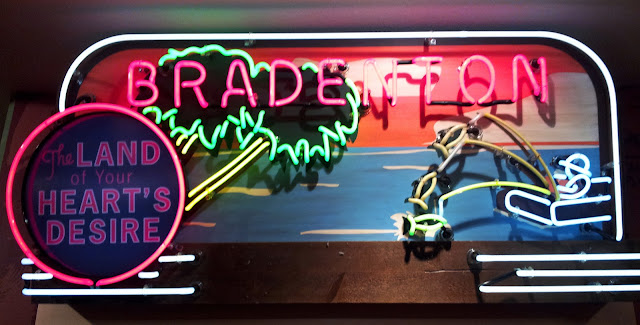 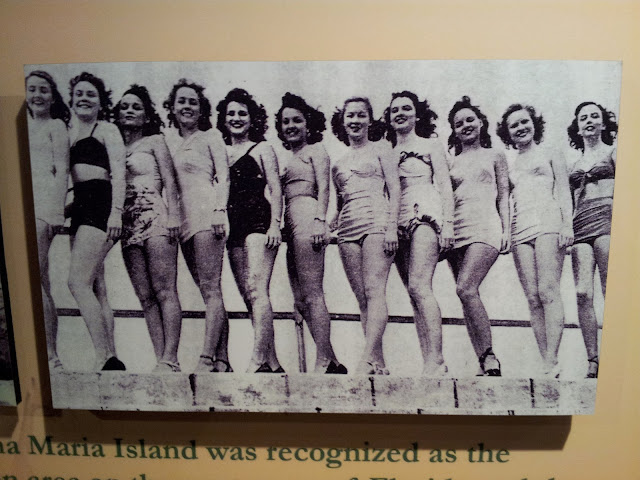 a worthwhile stop along the way home from the Gulf of Mexico lunch in the glorious sunshine and the bright blue sky!  A perfect January day.
Posted by TOR at 5:33 PM No comments:

back to the lodge

our friend Lynn was here last weekend to escape the snow.  When we asked her what she wanted to do when she was visiting she had only one request- to return to the Linger Lodge (see entry from last year on January 10, 2011 entitled Linger Lodge for photos etc.)

this year we have been back twice so far. It is only minutes from River Cottage- three to five max...

and things are still cool and fun to see... we arrived with the Sunday biker crowd 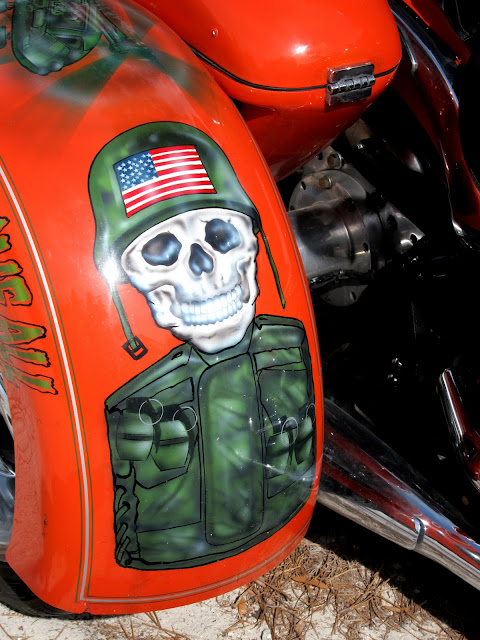 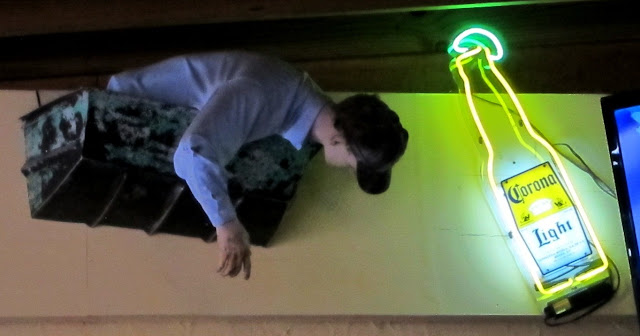 and we really hit the jackpot when we went to the laundry room (ladies room and shower entrance) and found this ANDY GIBB album up for grabs in the book exchange table!  You absolutely have to love a place like this- 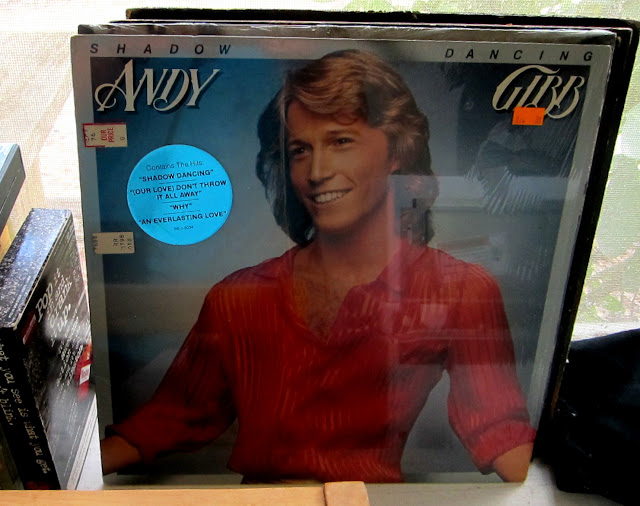 we came home and sat around the deck until sunset where we watched the progress of the colors on the clouds and celebrated seeing a toddler alligator right by the deck in the late afternoon! 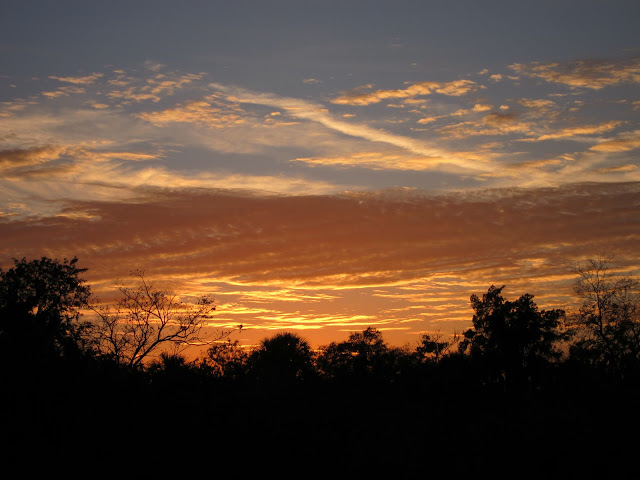 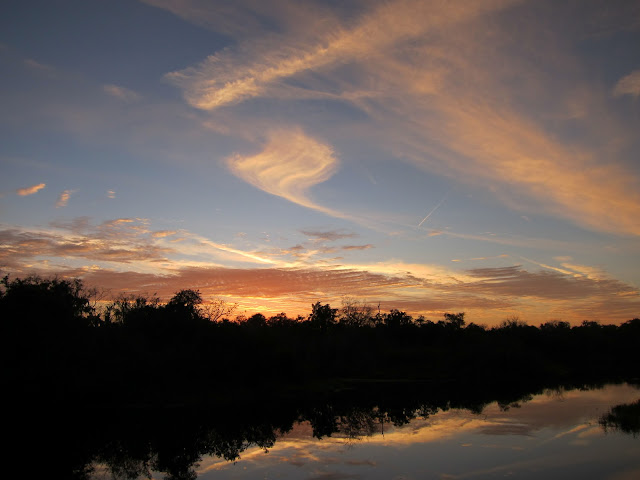 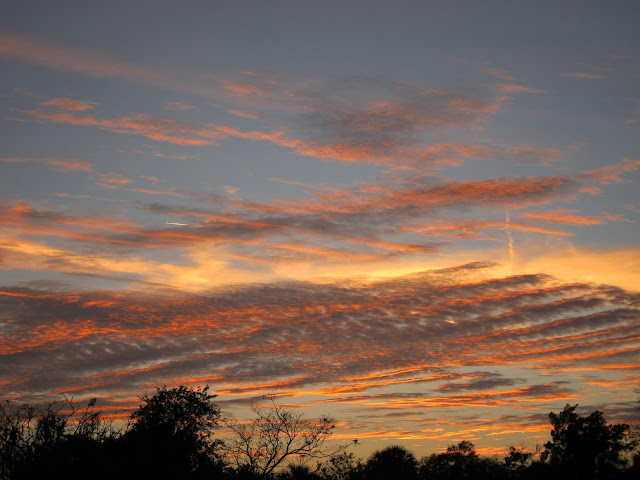 and here he is! 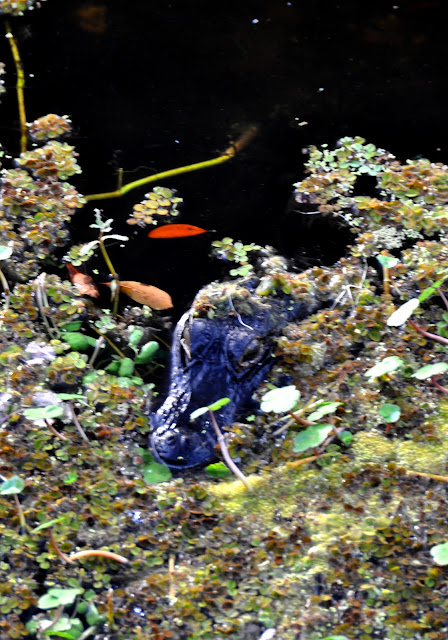