up at a regular time this morning- and down to the wonderful breakfast buffet.  we were enjoying breakfast with one other woman when another woman walked in and asked if she was Petra?

the first woman answered "yes" and that is how we met our soon to be guide Petra!

we just stop by on the way to introduce ourselves so as to not seem rude and then went out for our touring of the city.

first stop the funicular to the Upper City - the world's shortest funicular at 55 seconds for the whole ride- it was reasonably priced at roughly 80 cents! 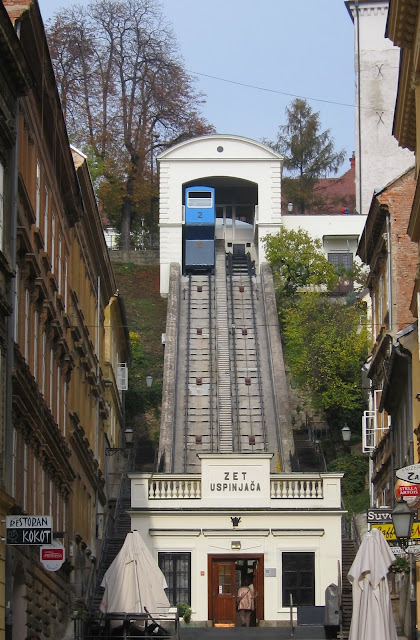 from there we toured the Upper City where St Mark's church is located (the stunning tile roof being its most notable feature) and also where the church in the old town wall/gate is located.  along the way we ran into a musician playing at the top of the funicular and saw a cute cat who was "screened" in his house so as to get fresh air without escaping and most interestingly we came across the newest museum in town- the Museum of Broken Relationships.  Here people send in objects and stories of the demise of their relationships and it has apparently been touring the world the last several years but has come home to Zagreb for a permanent exhibition. 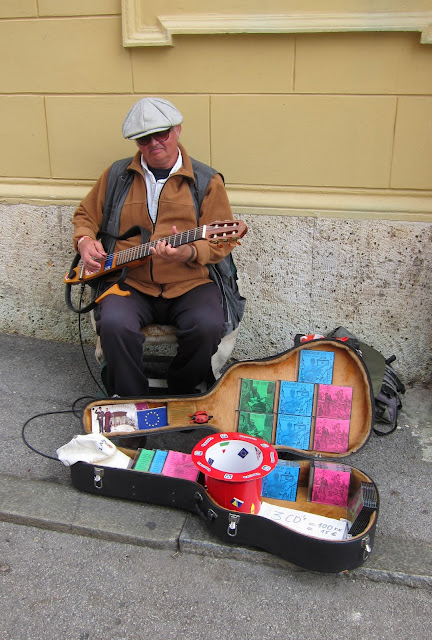 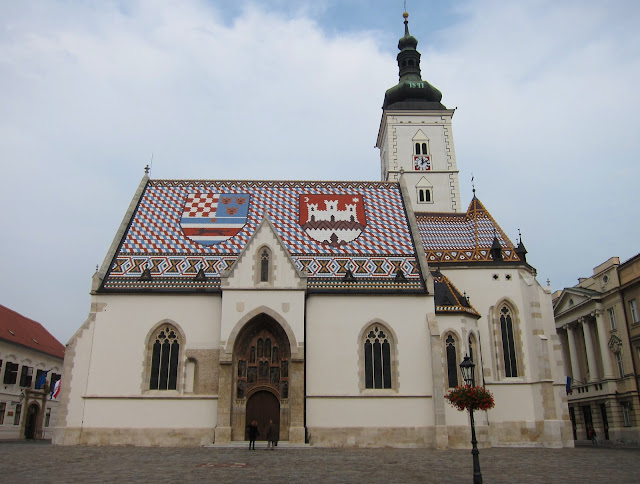 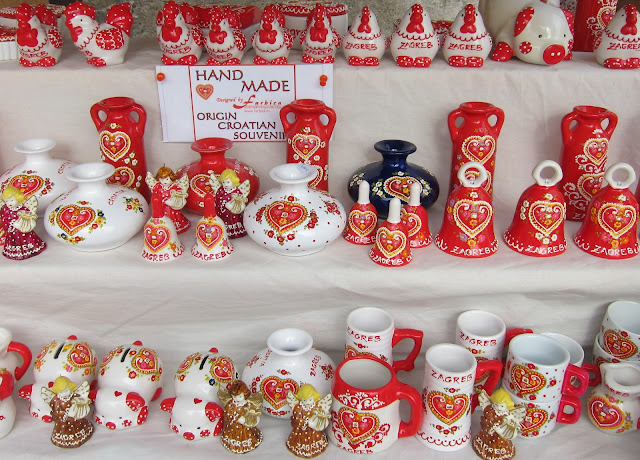 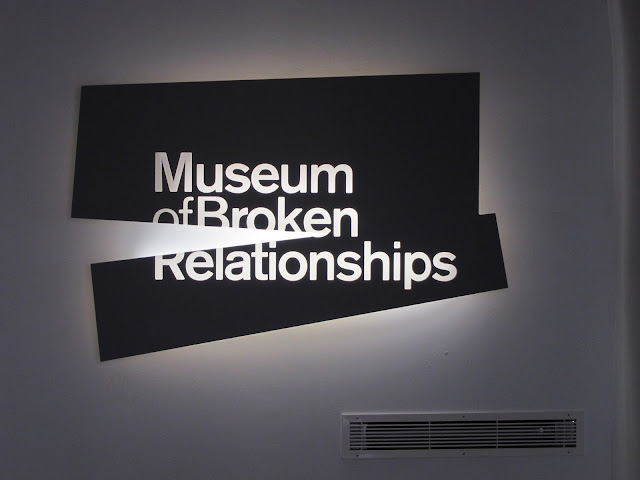 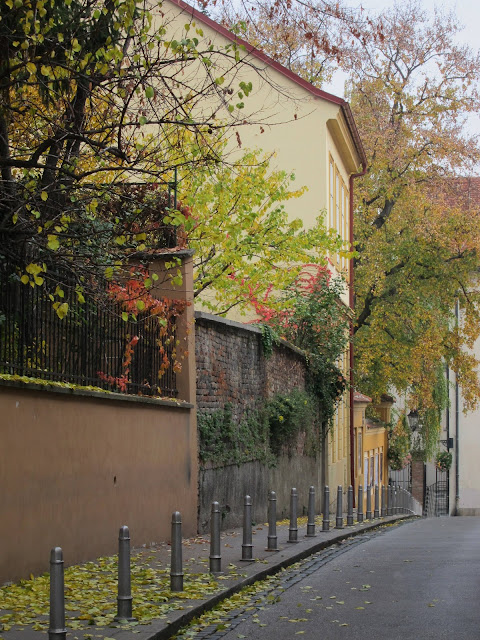 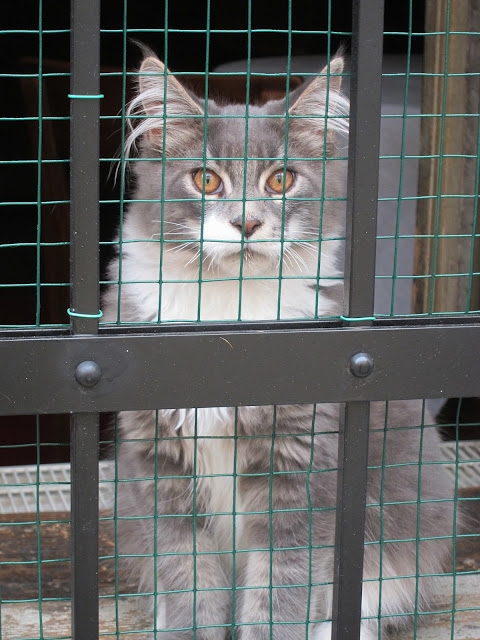 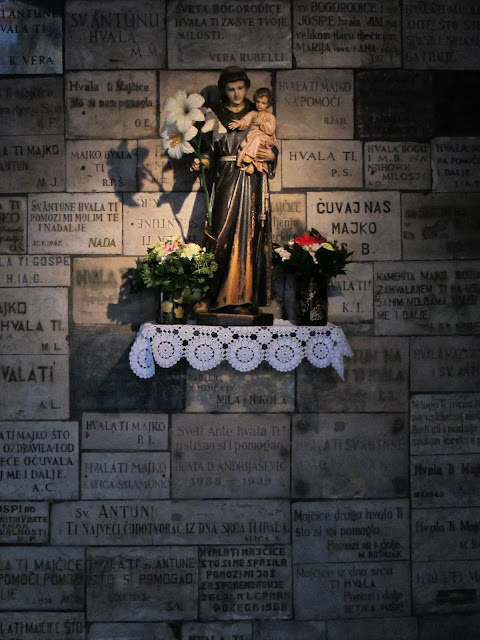 from the Upper City we exited through the church in the gate/wall and went to the local market.  Later we headed to the Cathedral and then back to the City's main square where we walked around the pedestrian area for a while- spotting the flower stalls and lots and lots of places that sold eyeglass frames! 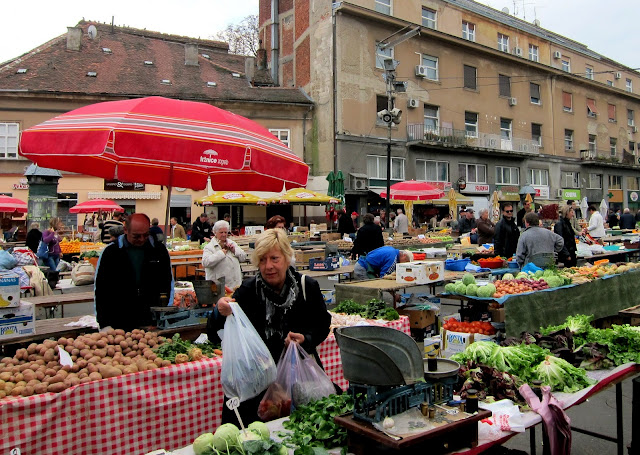 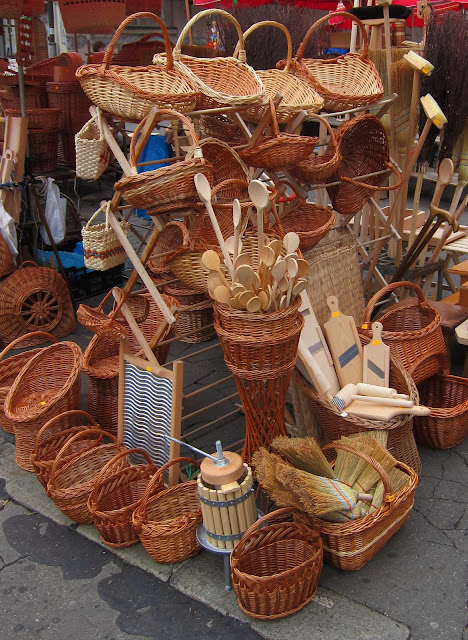 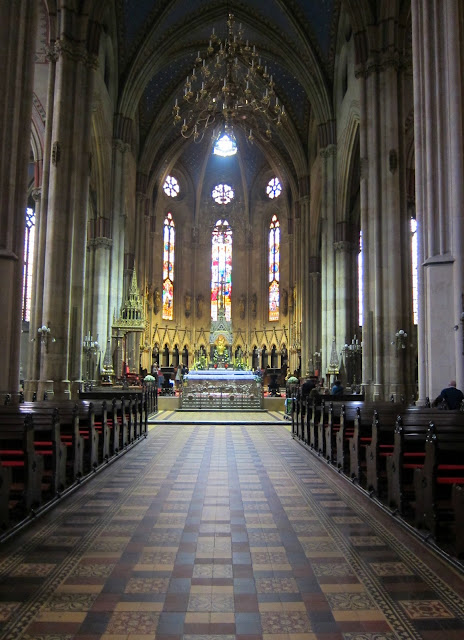 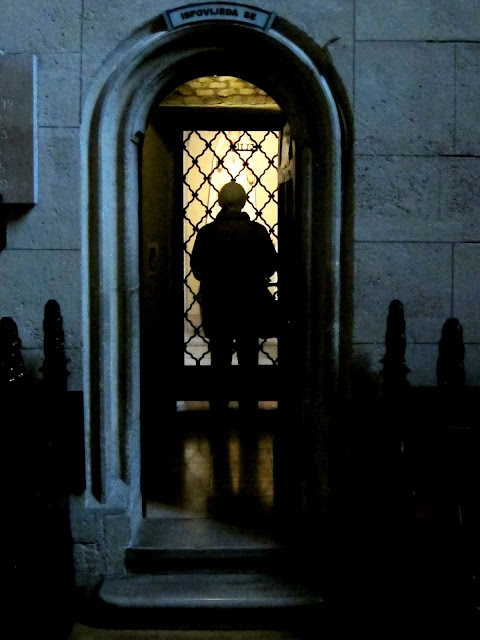 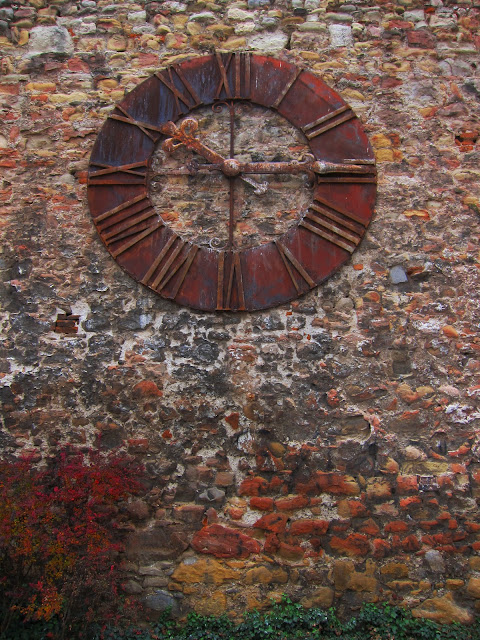 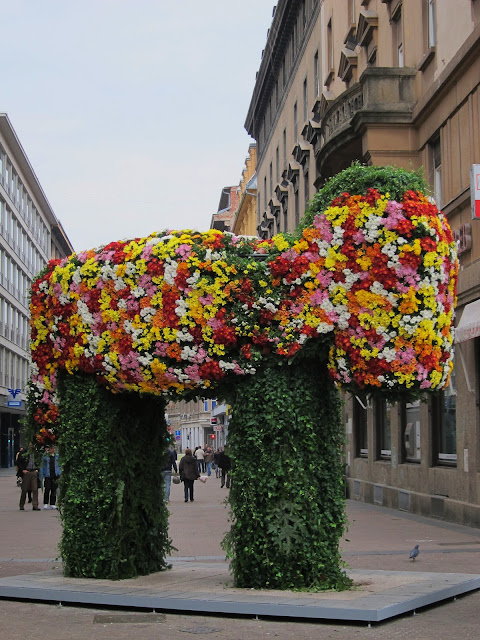 we ended up back at the hotel and got a recommendation from Petra for a late lunch at Stefano- on the way we passed some nice looking sandwich shops but were glad we made the effort to find the place because the fettuccine with truffles and prosciutto was fabulous! 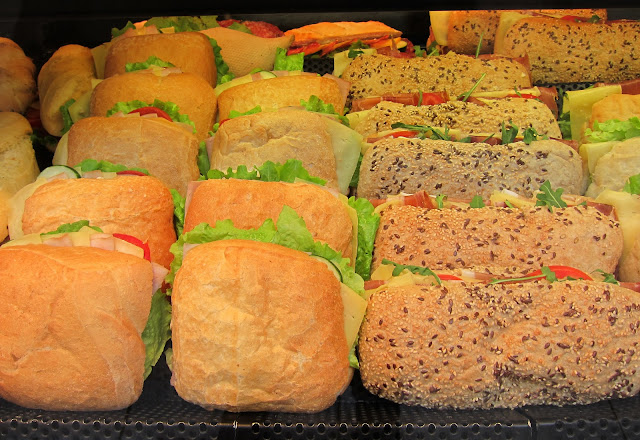 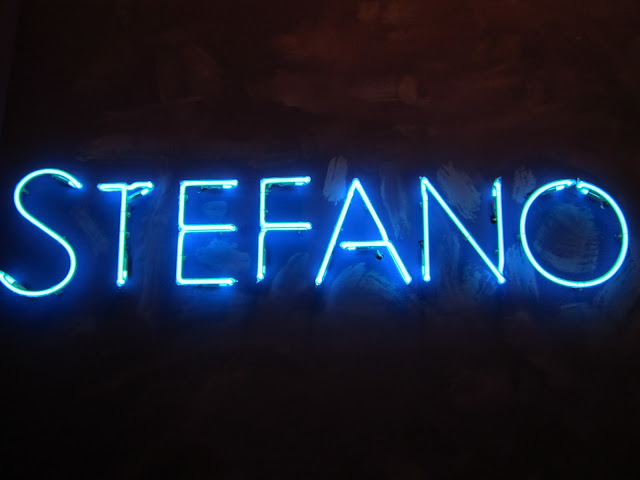 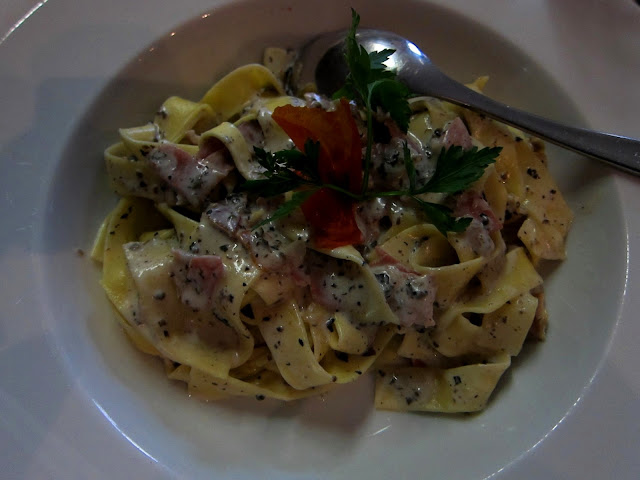 later in the day we had a welcome drink and dinner.  we met the group members for the small ship cruise we will be taking along the coast of Croatia, Bosnia and Montenegro starting tomorrow morning.  a genial group with six friends from Napa and seven single ladies in various friend combinations and a number of additional couples - bringing the group to 25 total.
Posted by TOR at 1:44 PM No comments:

home again and getting readjusted to the current time zone-

so I will start with the beginning of the trip - in Zagreb.  we arrived on Saturday mid day and took a cab to the hotel.  we were in luck because even though it was only noon we had a room ready for us.  it was a nice space in a quiet corner of the top floor of the Palace Hotel (#428)

we dumped all our stuff and after getting organized for later in the day took a brief nap to get us past the hump of no sleep and the hour transfer walk in Frankfort.  We called for an early dinner reservation at a place called Vinodol.

later in the afternoon we went out for a walk and got the layout of the city scoped out for tomorrow on our own.  when we arrived at the city center square we found a festival going on with wine and wine and wine and some cheese and proscut (dried ham) all to celebrate St Martin's day which is 11/11.  This is the patron saint of the wine harvest and he is honor with great respect here.  Apparently everyone makes wine and smokes hams at home! Who knew? 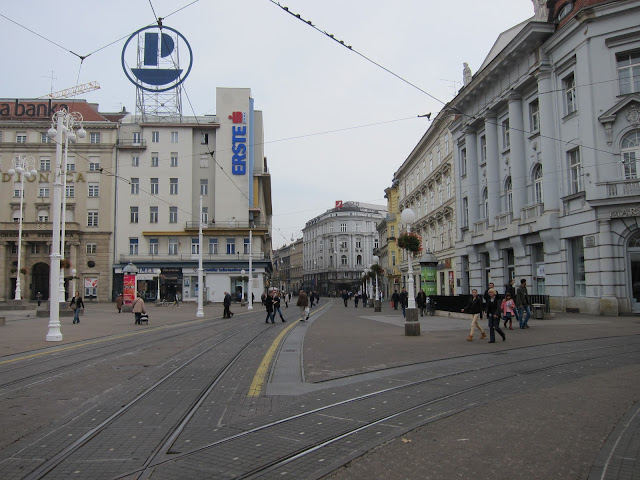 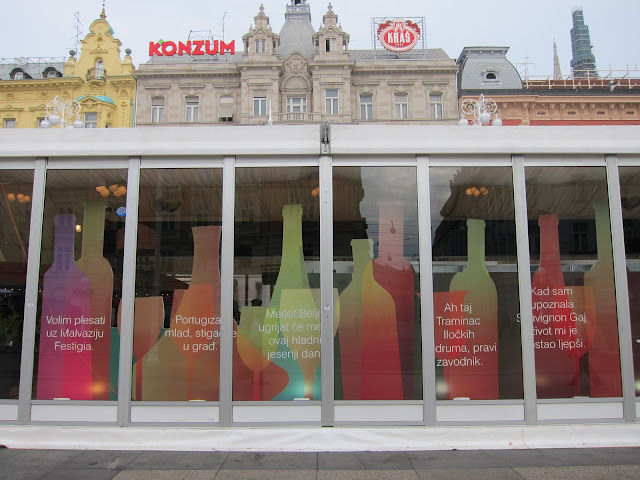 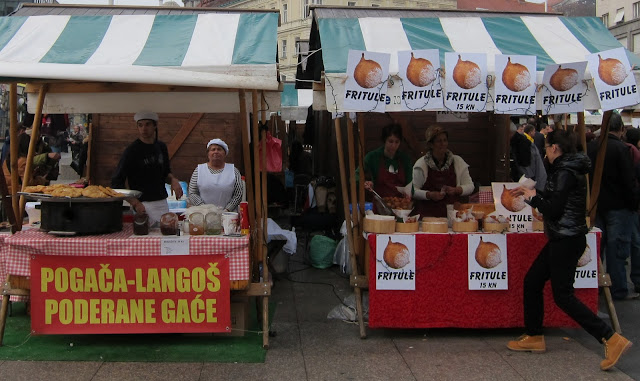 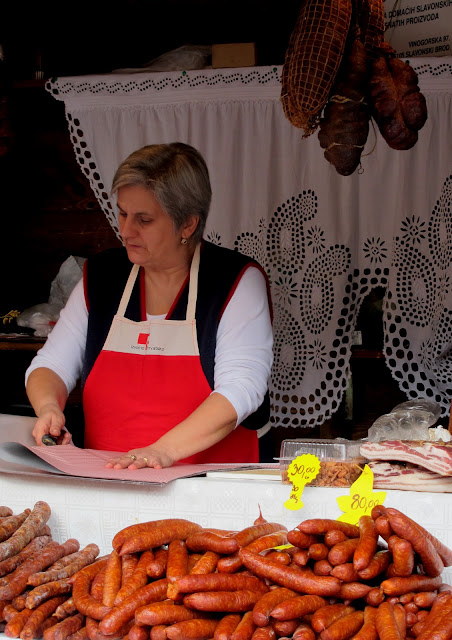 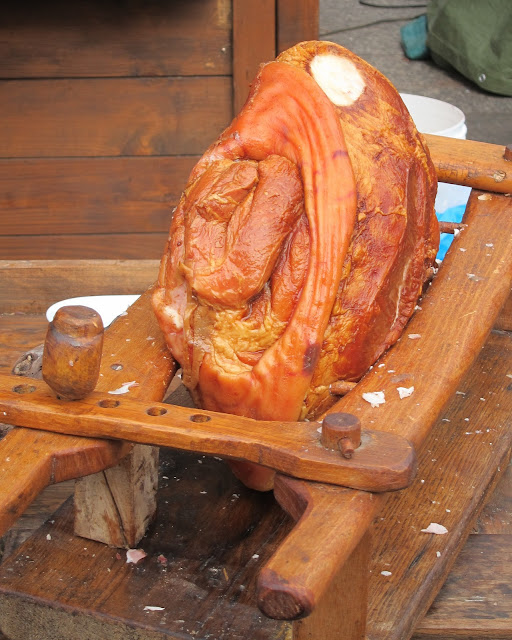 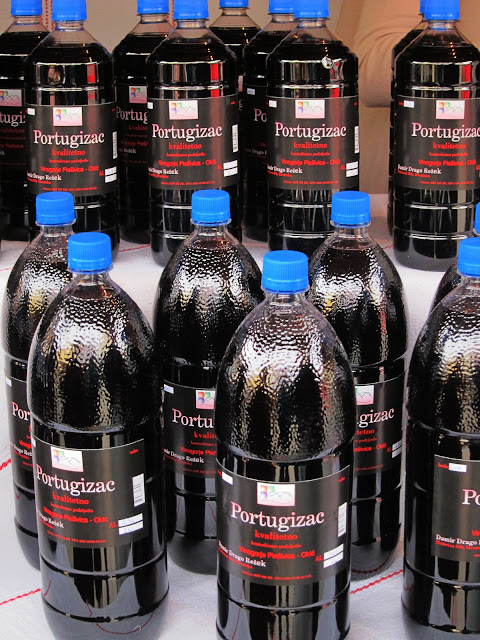 above- all photos from the festival- and below the Vinodol restaurant where we had dinner our first night in Croatia. 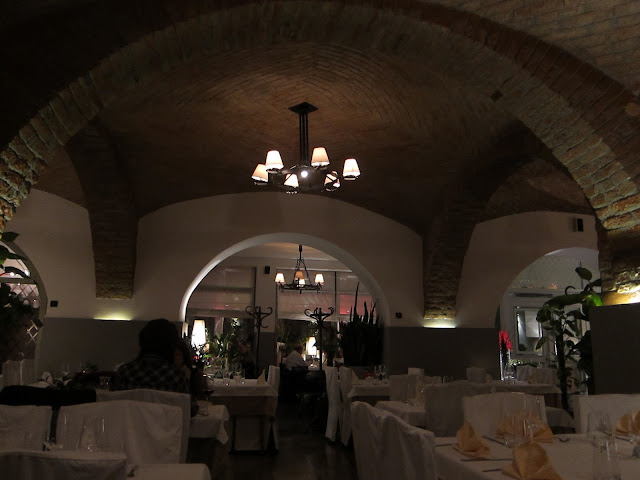 Needless to say with no sleep the night before and only a short nap we were ready to sack out quite early - so we went back to the hotel and to bed by a bit after ten PM.  Tomorrow is a full day on our own and we have a map to do help us find our way to the things I remember as worth seeing form the last time I was here.
Posted by TOR at 1:12 PM No comments: