after a busy week of work at my now two jobs (how did that happen?) I have some personal time.   I have been reading and preparing for the Tunisia trip which is now less than two weeks away.  the more I read the more the anticipation grows.  this is the first new place my mother will go in her spirit form.  my friend Helene thought some place in Carthage would be perfect but there are some amazing things on our itinerary so I am not as sure.

I have been thinking about how there are all these circles in life - call them cycles or spirals or any other name but the whole idea has been with me the last day or so.  this morning I awoke thinking about The Kin of Ata Are Waiting For You a book I read more than twenty years ago now, but which- in spirit- has stuck with me. circular patterns play a big part in the book. and of course my mother's circle of life has been ever present in my thoughts.  we are nearing the three month mark of her leaving her physical body and being released from the restrictions her failing health had put upon her.  not a day goes by that I don't miss her but I also celebrate her each day as well.

and more circles/cycles: today is the day I start yard work again.  not much right now, but time to do a little clean up and make an assessment of what will need to be done when I return in April. as I was sitting in front of the computer this morning working on financial stuff before the trip, my screen saver came on with several of my favorite photos and - oddly enough- (not) - they featured circles.

here are the ones that showed up this morning: 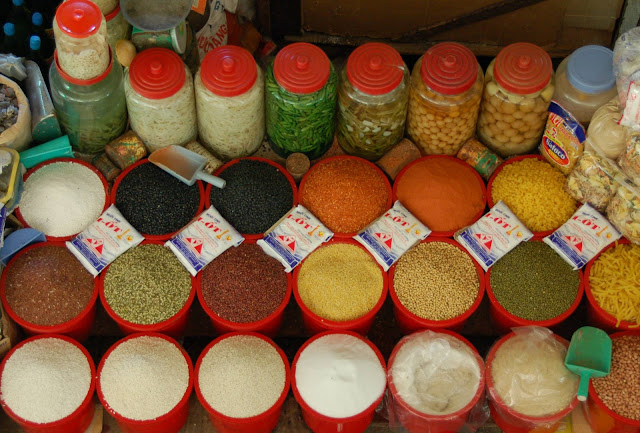 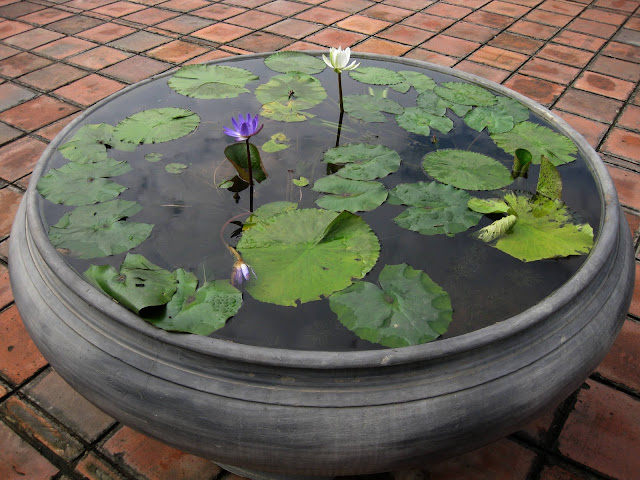 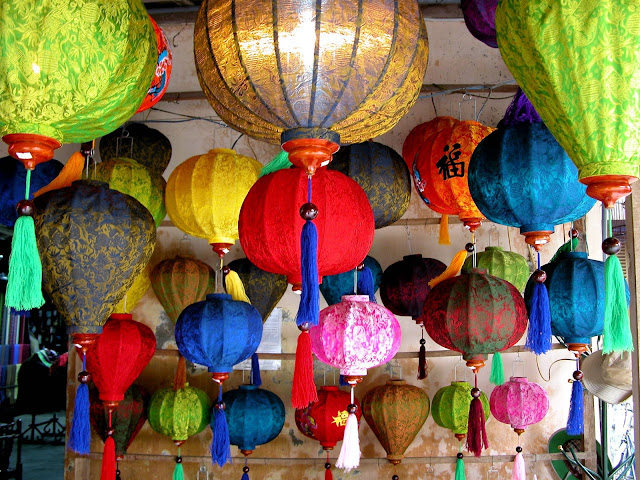 these were all from central Vietnam (from the top: Dalat, Hue, Hoi An)﻿
the morning light has come and the day is breezy and cool but we have dodged the worst of winter and are settling back into life at home for a bit, before circling around again and heading off....
Posted by TOR at 6:36 AM No comments:

we barely got the laundry done after the return two days trip when we were off again just 1.5 days later to Portland OR.  home of the now famous Jack Friedman- who had his bar mitzvah on Saturday March 5th.

we landed late (got off late- what else is new) and rushed to get to dinner before the place stopped serving.  we went to Jake's and I can completely recommend the almond crusted Idaho trout.  brother Larry (see previous posts) joined us but had already eaten.  Friday we got up and had a lovely breakfast at Urban Farmer in the Nines hotel.  Phil was in melt down mode as his phone had stopped working so he spent the afternoon on the phone with tech support and thankfully they got him back up and running.

we joined the out of towners at Kenny & Zuke's for some super pastrami sandwiches and after the ones attending services on Friday left we returned to the hotel for a while before going back to Steve & Suzanne's for some family time.  Phil is one of four brothers and the oldest.  next is Larry - then Steve and then Sandy.  Suzanne is married to Steve and our favorite family member.  Steve and Suzanne are Jack Friedman's parents and as noted above Jack Friedman was last weekend's bar mitzvah "man" of the weekend.

the services on Saturday morning were very nice - virtually every family member got a special part and even Sue, Phil's mom, got a special part - the first time she was ever on the bima in 82 years (the congregation she belongs to isn't all that progressive- and that is being diplomatic.)

Jack knew his part and appeared to be calm cool and collected - he must have used Secret deodorant (as anyone from my generation knows- that is how you get CCC) LOL  however, I was anything but- I understand not one word of the services but I complete "got" the mourner's kaddish that Phil recited for my mother and a wave of grief hit.  the loss-which seems controllable most of the time sometimes breaks through and it did last Saturday morning.

the luncheon following included a fabulous mac and cheese (two helpings to ensure the review was accurate- LOL) and then we headed back to the hotel to get ready for the next phase of the festivities. family photos in various groupings and then on to the big social event.  done in a Trailblazers theme  (Jack follows them "religiously") the party was really fun.

the kids enjoyed a DJ with games and dancing and an "mile long" candy bar with tons of "penny candy" type candy to bag up and take home.  there was also a photo station where anyone could dress up and mug for the camera and then the shots were collected in a scrapbook with greetings for Jack. (I thought this was really a great idea and hadn't seen it before - not that I have vast bar mitzvah experience- LOL)

then Sunday morning the family who hadn't already headed out gathered for the morning after breakfast and shortly thereafter headed to the concert Jack was playing in on Sunday. even though he was clearly exhausted, he was a real trooper and lugged his stand up bass and played with the Vivaldi Strings group, performing a Brandenburg Concerto  and a Vivaldi concerto.  an excellent recital, enjoyed by eleven family members who then headed back home once again to S&S house.

Phil and I later went on to meet friends Craig & Terry to have dinner at the Park Kitchen.  we left town on the Sunday red-eye so I could be at my Monday 7:30 AM board meeting while Phil went home to sleep.  my bed felt SOOOOO good when I finally landed there Monday around 4 PM for a nap during the next round of laundry.... even if life doesn't always go on- laundry does....

this was my favorite of our mug shots:

﻿
we had a really nice weekend - if somewhat hectic coming right on the return from two months away.  both Phil and I agreed that we thought the whole S&S Friedman family handled everything perfectly and with such apparent ease - and we also both commented on how lucky we are to have Suzanne as our sister in law.  with my own sister no longer being around I especially am happy that she has just as wicked a sense of humor as my sister Janna did, because it is always nice when someone gets my jokes.
Posted by TOR at 6:05 PM 1 comment: