So on my actual birthday we had to cancel our dinner reservation because Phil was in St Louis for his father's funeral... but never fear- we just booked it for the following week- and had a lovely dinner with two kick butt wines from our cellar... 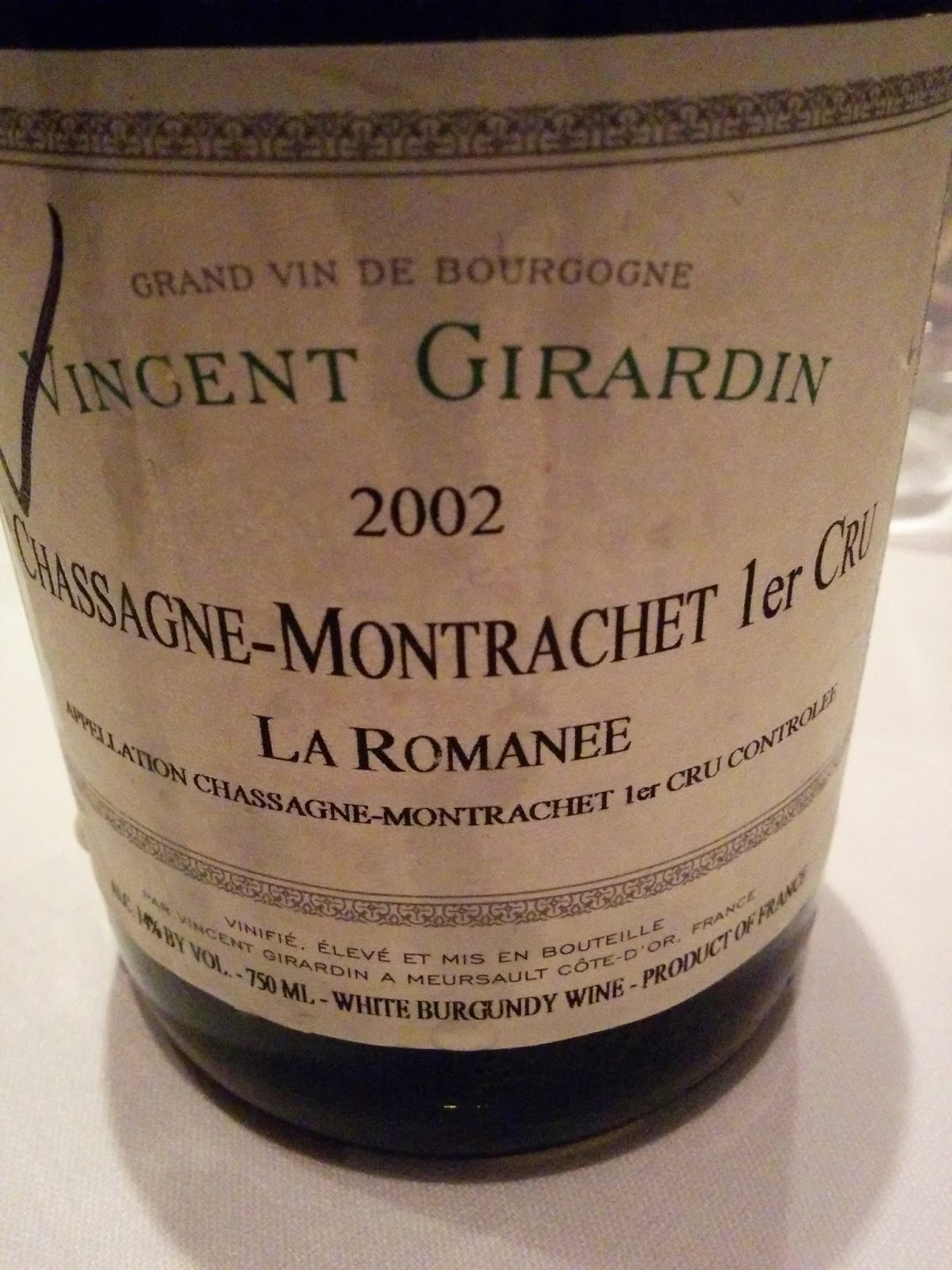 the above white was spectacular! we first had the La Romanee in Paris years ago at a dinner at La Truffiere... and started buying it for the cellar any time we ran across it since that time-  I think the earliest vintage we had was mid 90s-

and the below red was famous in its own right as well- it was the first Oregon pinot that retailed for triple digits a bottle... you see it is signed by the wine maker/partner, Steve Doerner and the owner/partner, Paul Gerrie and someone I don't know (I have met Steve and Paul a number of times) 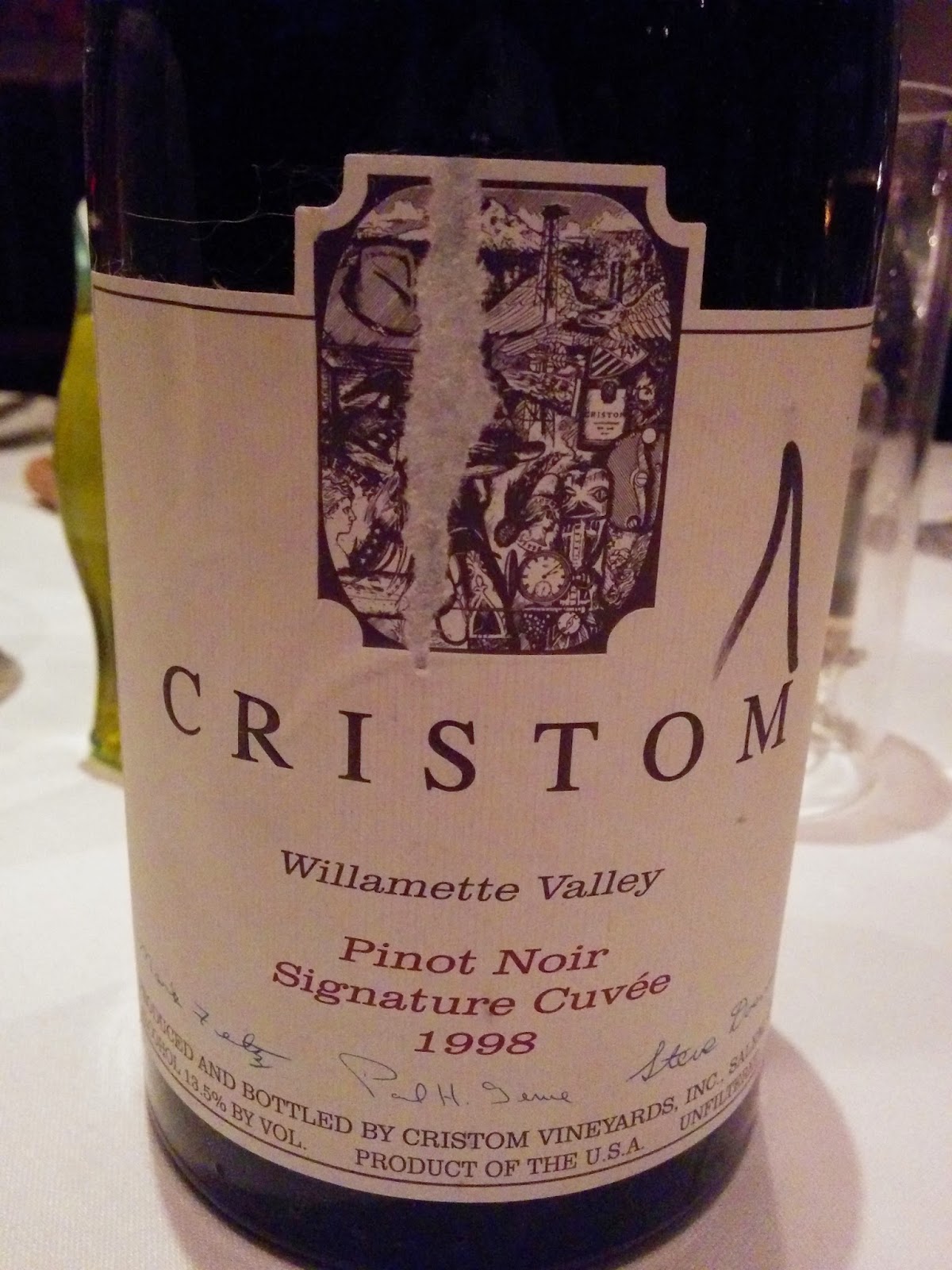 This wine was showing wonderfully as well- a smooth elegance that was both full of fruit and had plenty of acidity at the same time- really worthy - a great showing for the well regarded vintage! 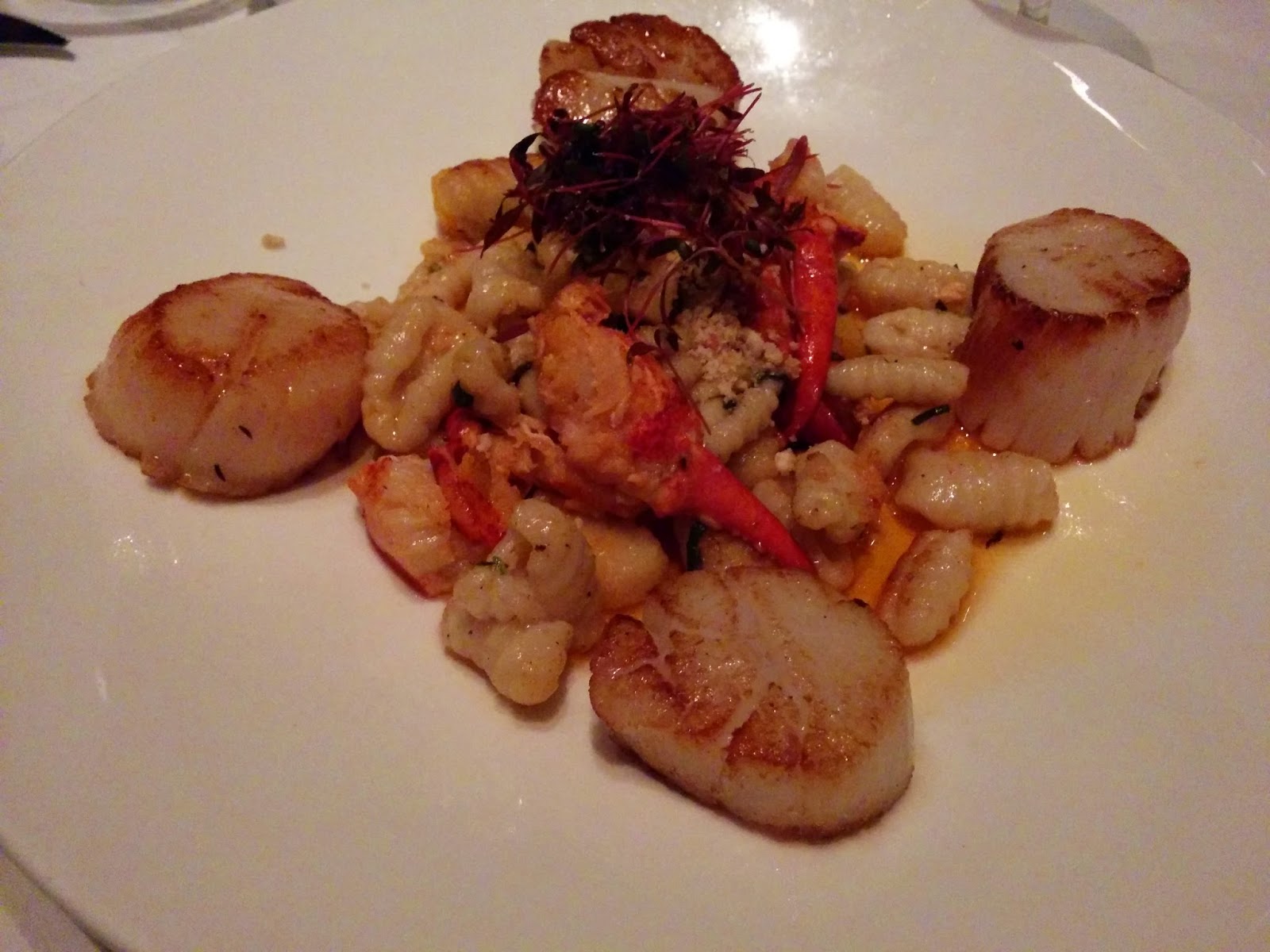 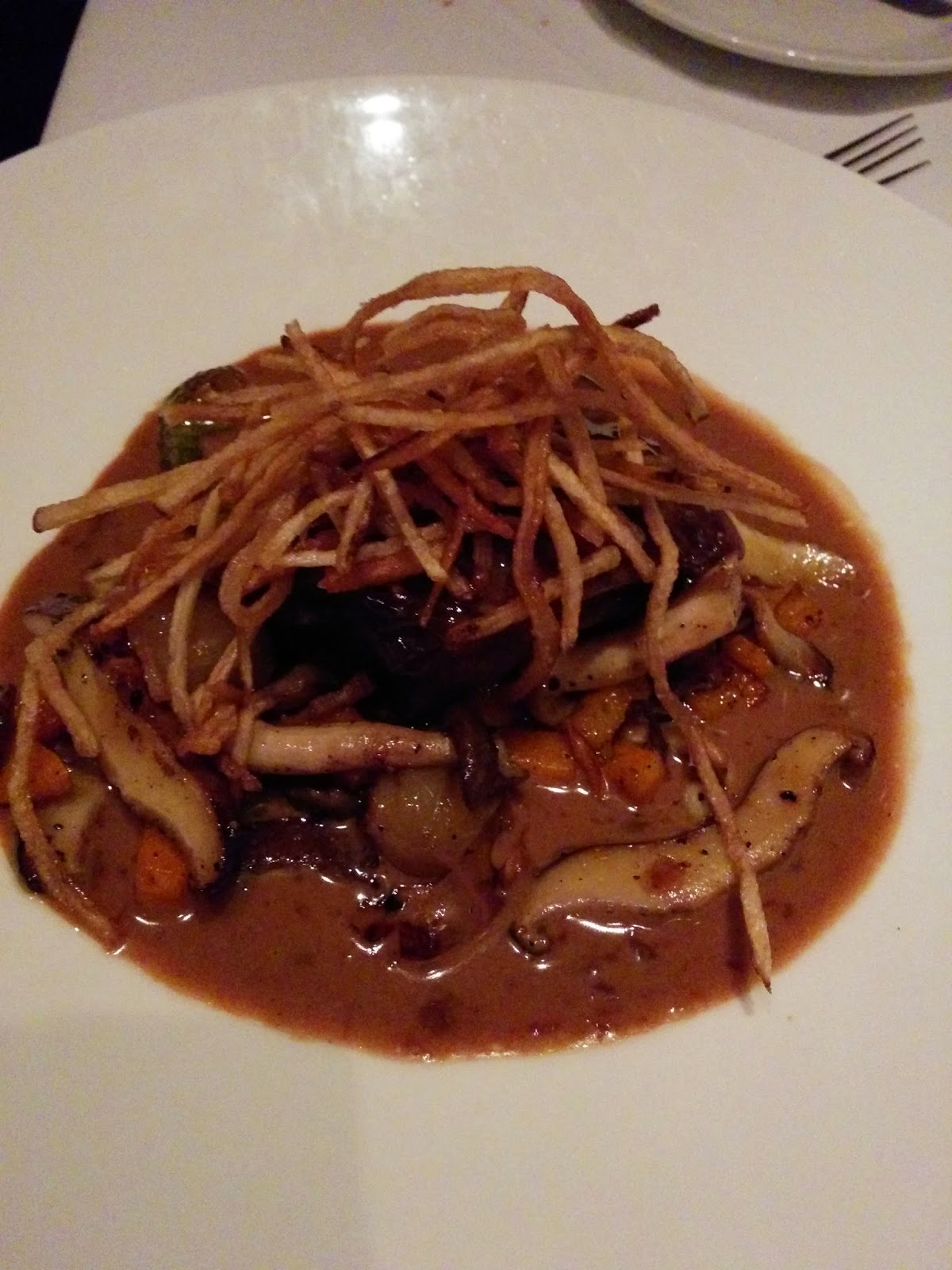 and then to end I had the sticky toffee pudding (a fail - completely NOT a sticky toffee pudding it was a gooey mess in a bowl- they need to go to England and see what Sticky Toffee Pudding really is- the two decades that I was in London on business with regularity made me a devoted fan of STP- and this was SOOOO NOT it!)

Phil however liked his dessert of the opera cake with hazelnut- 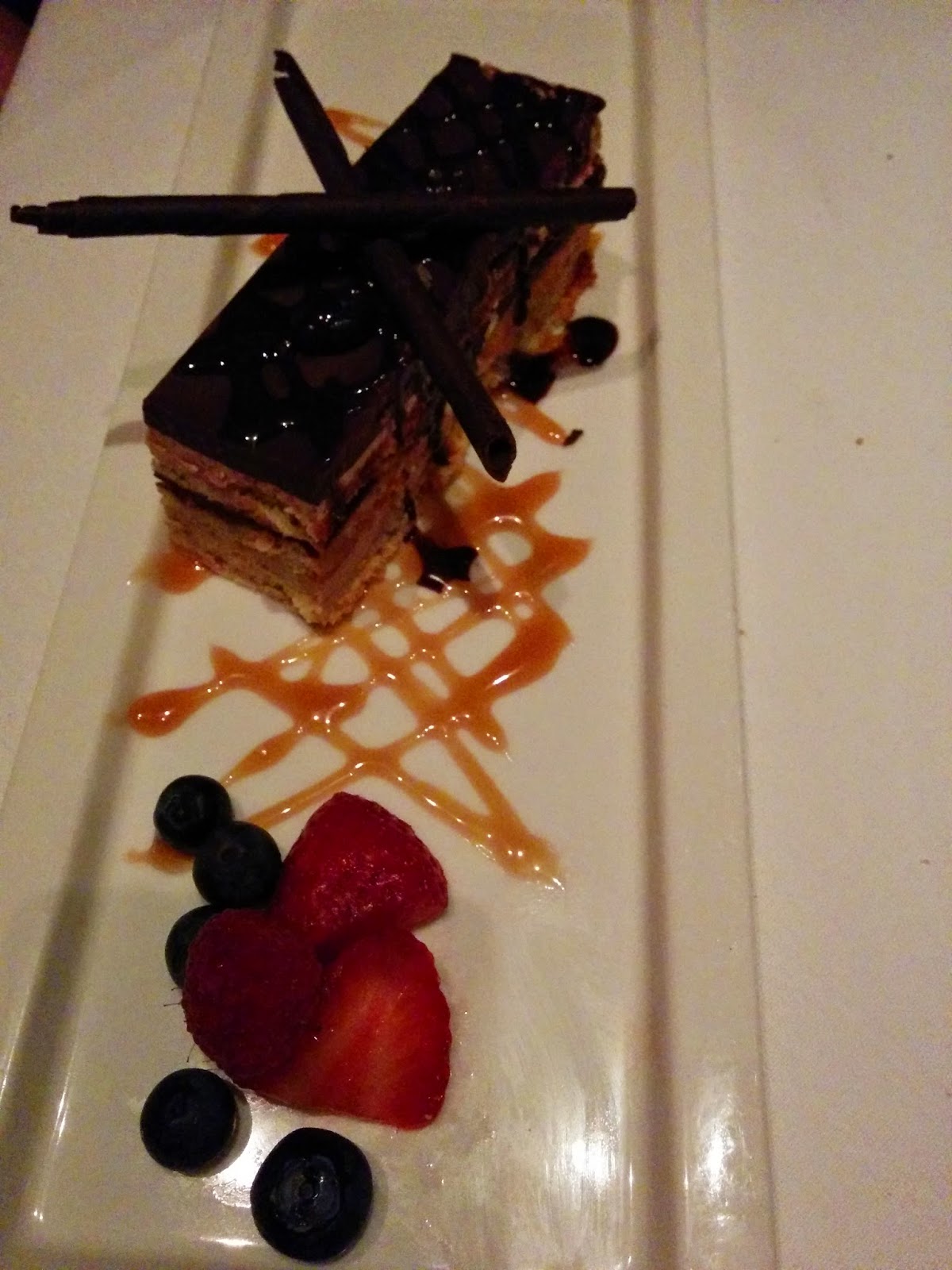 so a lovely evening overall- we got to spend some time talking to Jamil (the exec chef) and enjoyed and shared our two fab wines so the only reason this is a note worthy exception to our usual MoE review is because we have never had a FAIL before...

they need to get that STP back to the kitchen for re-engineering! ASAP!

coming up the reunion of Phil's 1970 Salzburg study abroad group... you can only be 15 once in reality, but if you keep seeing your friends from then, over the decades - you can go back in time at least for a few hours or days ... this group came from all across the U.S. to study for six weeks in Salzburg in 1970 and although they lost touch after a few years, the Internet gave them a way to get back together again - thirty-seven years later and now, every few years they find a way to get some or all of the group together.  A TPA Bay reunion is planned for Sunday with a picnic and dinner later... more after the event!
Posted by TOR at 10:59 PM No comments:

Trip the light fantastic at the Ballet

so my Arts class went off on our Tuesday morning tour to the Sarasota Ballet- and here is the only photo I have LOL- no photos inside - but never fear, the Internet has come to the rescue for the visuals- 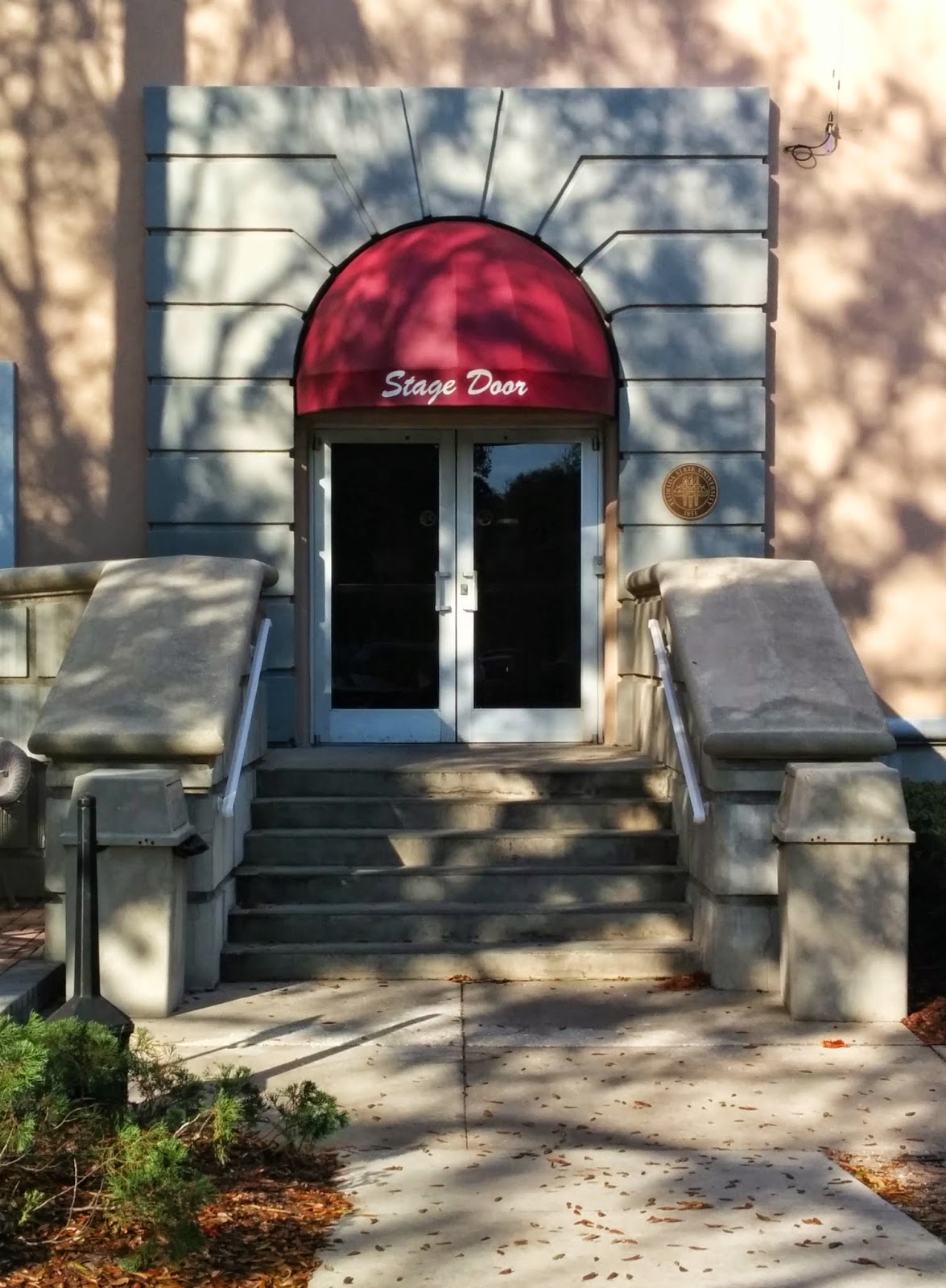 and here are some tidbits from my notes- from the introduction a lovely lady from the Friends of the Ballet gave us:
At this point we were lucky enough to get 15 minutes or so with Iain Webb himself...
then Iain Webb had to leave and we went on a tour backstage and through the FSU Performing Arts center.

we headed first into the Mertz Theater which was built in 1903 in Dunfermline, Scotland as their opera house. 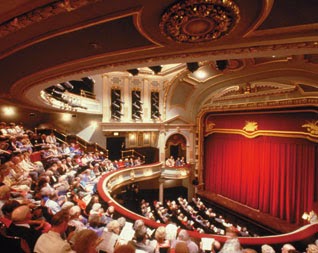 Dunfermline is an historic city in Fife just north of the Firth of Forth, which lays claim to being a former capital of Scotland, the birthplace of Charles I, and more recently, of Andrew Carnegie. There the opera house had undergone a thorough upgrading in 1921.  But it had been torn down to make way for a shopping center. However, the plasterwork, especially the proscenium arch which had been built as a megaphone-like pre-amplification aid to acoustics, had been carefully catalogued, photographed, disassembled, and stored. Crates of ornamental plasterwork, cherubs, medallions, cornices, stage box railings, and moldings were purchased. While the Dunfermline had a seating capacity of nearly a thousand, the decision was made to adopt a more comfortable seating plan with greater legroom as well as wider seats. Sarsota architect Stuart Barger designed a building which would have as its interior auditorium a 500-seat, clear-sightline version of the Dunfermline Opera House fronting a modern stagehouse with full flies, wings and all the rest of the accoutrements necessary for a year-round repertory company. Wing to wing, the stagehouse is 104’, and the grid is at 55’ over the stage behind the 28’x18’ proscenium. (source Brad Hathaway | livedesignonline)

the Historic Asolo (which is also in the complex) had been built in 1787 in Asolo Italy and now is the venue for both some of the Asolo Rep productions as well and other cultural events (see "Just Plain Brilliant" at http://semifreelife.blogspot.com/2015/02/just-plain-brilliant.html for an example) But back to our tour-

from the Mertz we went behind the scenes and to the sound stage where they were rehearsing for the upcoming Nureyev tribute - as I said no photos but I did take a ton of them off the website of the Sarasota Ballet (sarasotaballet.org) so you can see the dancers in their various costumes etc...


The DNG program is quite an incredible service project for the ballet to undertake because those who enter it are nurtured for TEN YEARS.  The DNG program today remains a part of the education component of The Sarasota Ballet.  It continues to provide the opportunity for economically disadvantaged children and minorities—those who are most at-risk of dropping out of school—to participate in a 10-year, full-scholarship program in dance, but the focus is no longer on career dance training.  Rather, it focuses on instilling self-discipline that is inherent in the study of dance, resulting in achieving academic goals and becoming a positive, contributing member of society.

here is a little blurb from the Internet about Iain:

Iain Webb (born c. 1960) is an English ballet dancer and choreographer who formerly danced for the Royal Ballet in London. He is currently artistic director of Florida's Sarasota Ballet where he has staged many of Frederick Ashton's ballets.  From the age of 16, he trained at the Rambert School of Ballet and at the Royal Ballet School. By 1989, he was a principal dancer at the Royal Ballet, performing leading roles in works such as Ashton's The Dream, Fokine's Les Sylphides and Balanchine's The Prodigal Son. In 1996, he retired as an active dancer, becoming a rehearsal director for Matthew Bourne's productions of Swan Lake and Cinderella.

In 2007, Webb became director of the Sarasota Ballet where he has staged over 100 productions including 16 world premieres. He attributes much of his success to the support of his wife Margaret Barbieri, who while at the Royal Ballet worked closely with masters including Ashton, John Cranko, Kenneth MacMillan and Ninette de Valois. Webb's productions have also included classical works by George Balanchine, Antony Tudor and Agnes de Mille and more recent ballets by Twyla Tharp and Christopher Wheeldon. Sarasota Ballet was in a dreadful financial position at the beginning of his term but Webb has managed to increase ticket sales by a factor of four, restoring the company's viability.  In May 2014, Webb staged Sarasota Ballet's widely acclaimed Frederick Ashton Festival with a wide selection of Ashton's works. 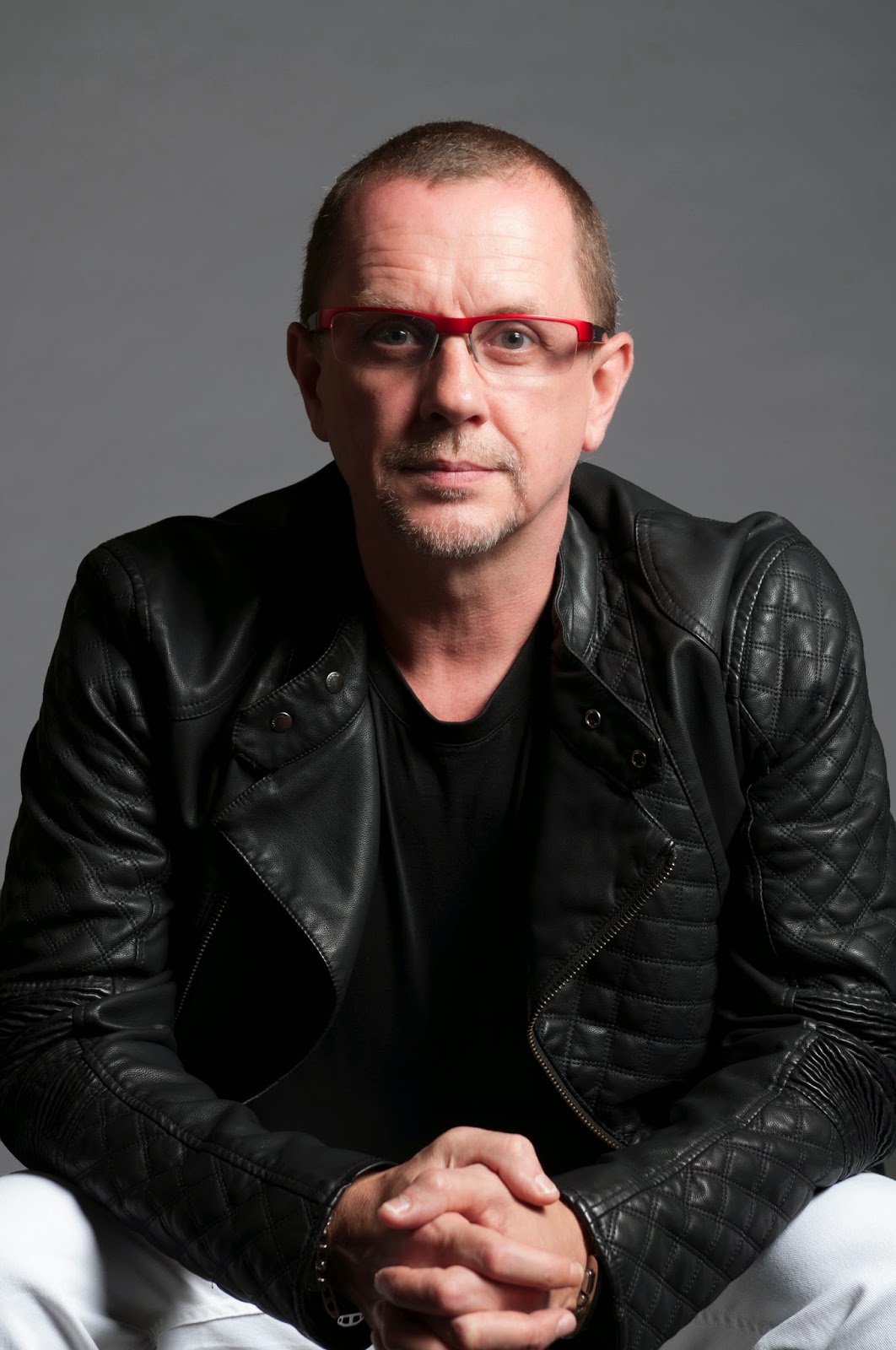 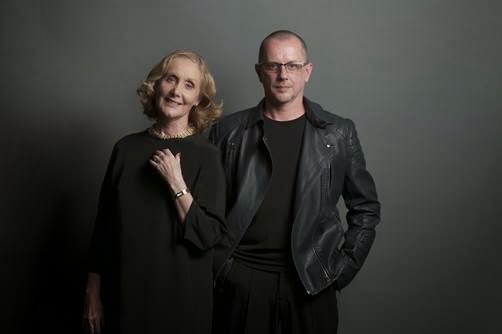 and some beautiful photos of the ballet- from their website-

So these amazingly fabulously dressed dancers are costumed by a shop of ONE lady! As some of you may know our daughter Angela was the head of the New York City Ballet women's costume shop for several years and she had a dozen seamstresses working in her shop. So this is astounding- one woman with a few part time folks to help when she has the extra work!

The morning we toured the costume shop lady was dying ballet slippers ($2000 per year per dancer on average) while company members were practicing in one of five studios and the big sound stage and another using the pilates room, meantime several came in and out of the kitchen where they store food (many dinners prepared by the Friends of the Ballet because of their 6 day a week schedule at the ballet between the dancers and the students)...

here is a little blurb from the Jacob's Pillow website about the SRQB...

The Sarasota Ballet is acclaimed for their vitality, versatility, and elegance. This top ballet company performs Sir Frederick Ashton's celebrated, artful trios Monotones I and II, set to music by Erik Satie; Christopher Wheeldon's fluid, joyous The American set to the Dvorák piece of the same name, and a world premiere by Brazilian resident choreographer and company member Ricardo Graziano.

and since this has gone on so long - I will end now with a photo of our favorite ballerina- the daughter of our friend who heads up the Paris Opera Ballet's NYC office- who seems like she may have a dance career ahead of her as well! As with all stars, she is the one focused on the camera! 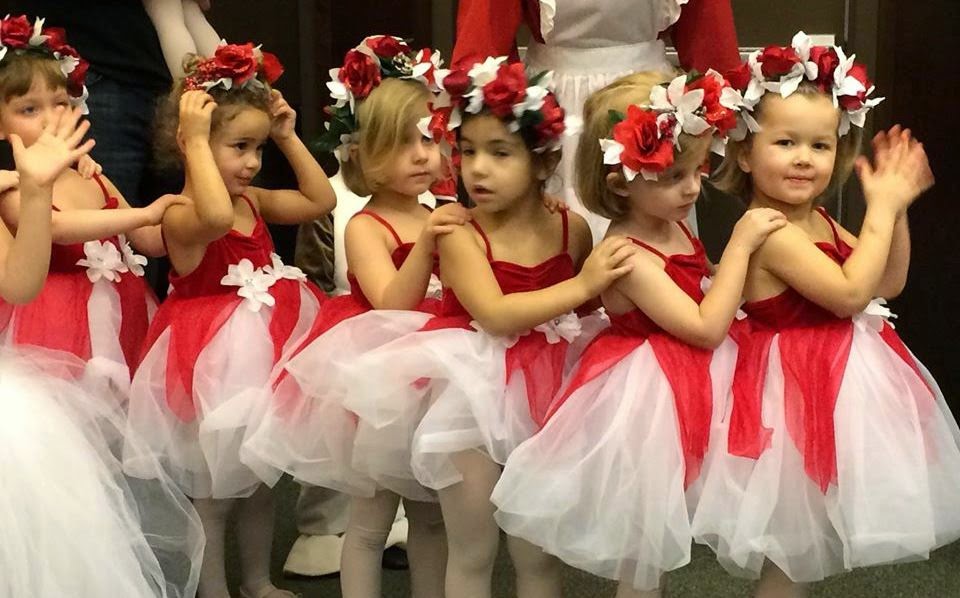 a very interesting and enjoyable tour- next week - we do the galleries --- so stay tuned!

so for Valentine's Day because I (we) had only been to two folk concerts in the last seven days - we went to another... remember Dana & Susan Robinson of the previous Saturday night? "Sink the Cheerio, boys! sink the Cheerio!" - followed by Roy Book Binder- "Step right up!" (to the medicine show x2).... well that wasn't enough for my folkie husband (despite being more than enough for me - or so I thought)

we trekked an hour and ten minutes north to some one's house to hear another folk concert. Except that this one didn't have any fiddles and the singers didn't repeat their songs (oh maybe a few lines- LOL) and everyone couldn't have been lovelier is they tried.  The singer(s) were Tim Grimm and his wife Jan. We had seen Tim last year in a The Grapes of Wrath at Asolo and I think Phil has seen him a number of other times, and even talked about going to his festival in Columbus, Indiana.

and I will tell you up front I really liked them both despite the fact that there were two dead animals in the first four songs (a old black dog put to sleep on a concrete slab and a dead horse- sooooo not good in this animal lovers book- song number one and I am already in tears... ) but they managed to pull it out.  He sings/writes songs with real melodies and excellent stories and she adds wonderful depth through evocative harmonic playing.  Her playing and purposeful harmonizing really gave an added dimension to the songs. There was a vast stretch of open space, a length of time that came through with the harmonica that really added to the songs emotionally.

so despite the fact that it was three concerts in eight days - this was worthy. The hosts of the concert - (I had never been to a "house concert" before) Craig and Alexa, were extremely welcoming and even though many of the folks there seemed to know one and other, everyone was very friendly. They do this several times a year and are organized on Face Book as "Our Kind of Folk" and can be found at ourkindoffolk.com - in case you get to Tampa Bay area and are seeking this type of music. 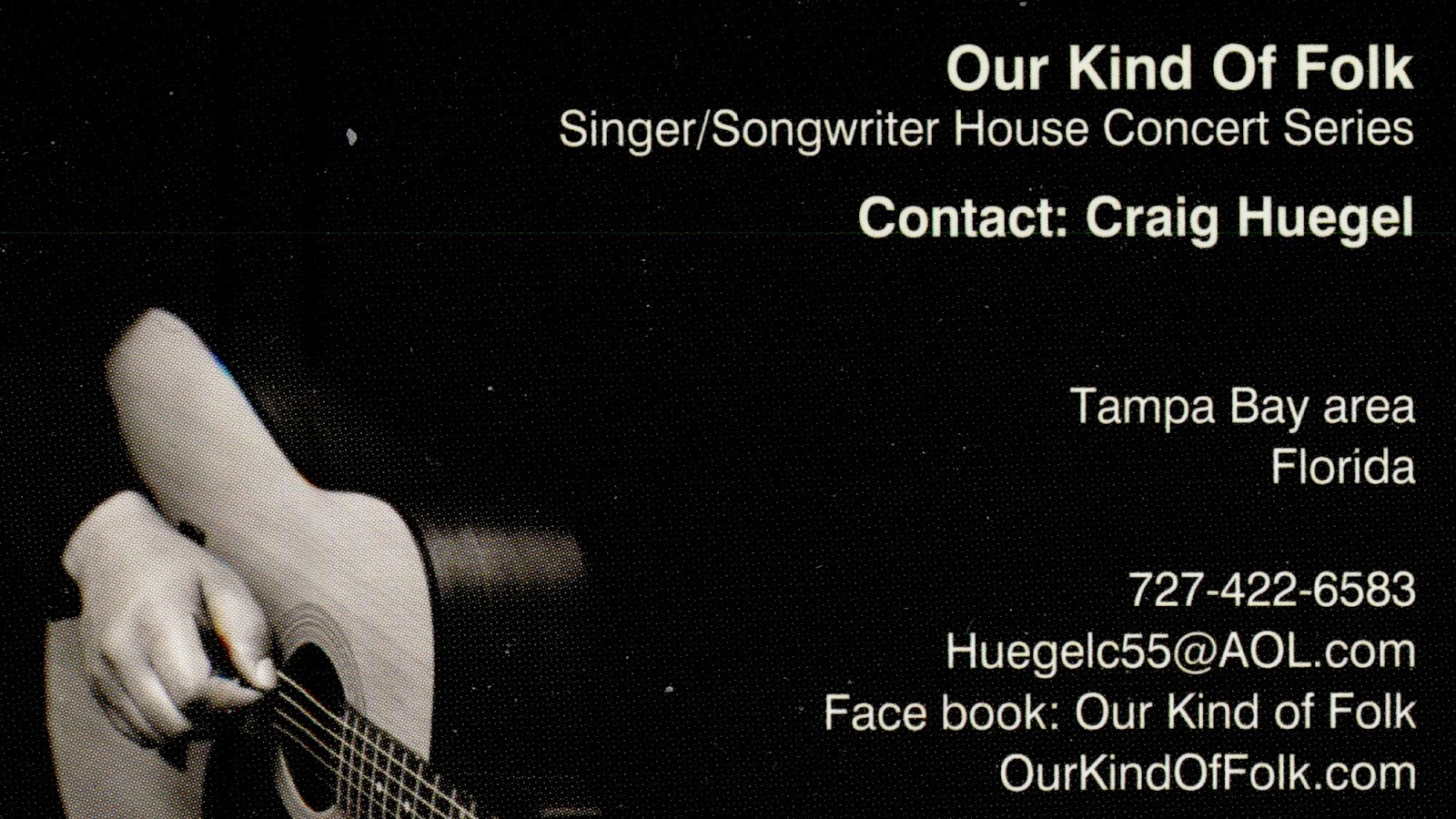 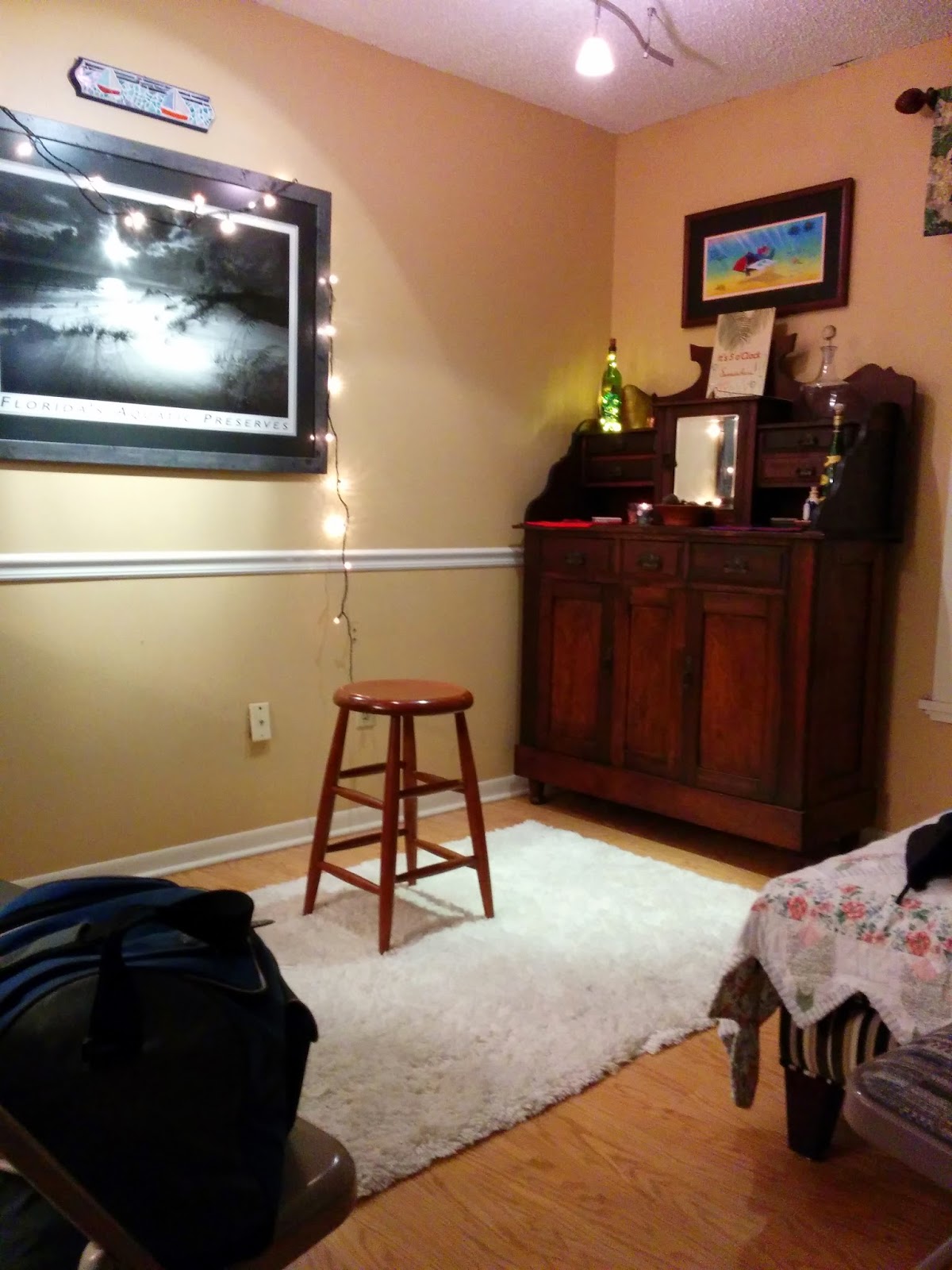 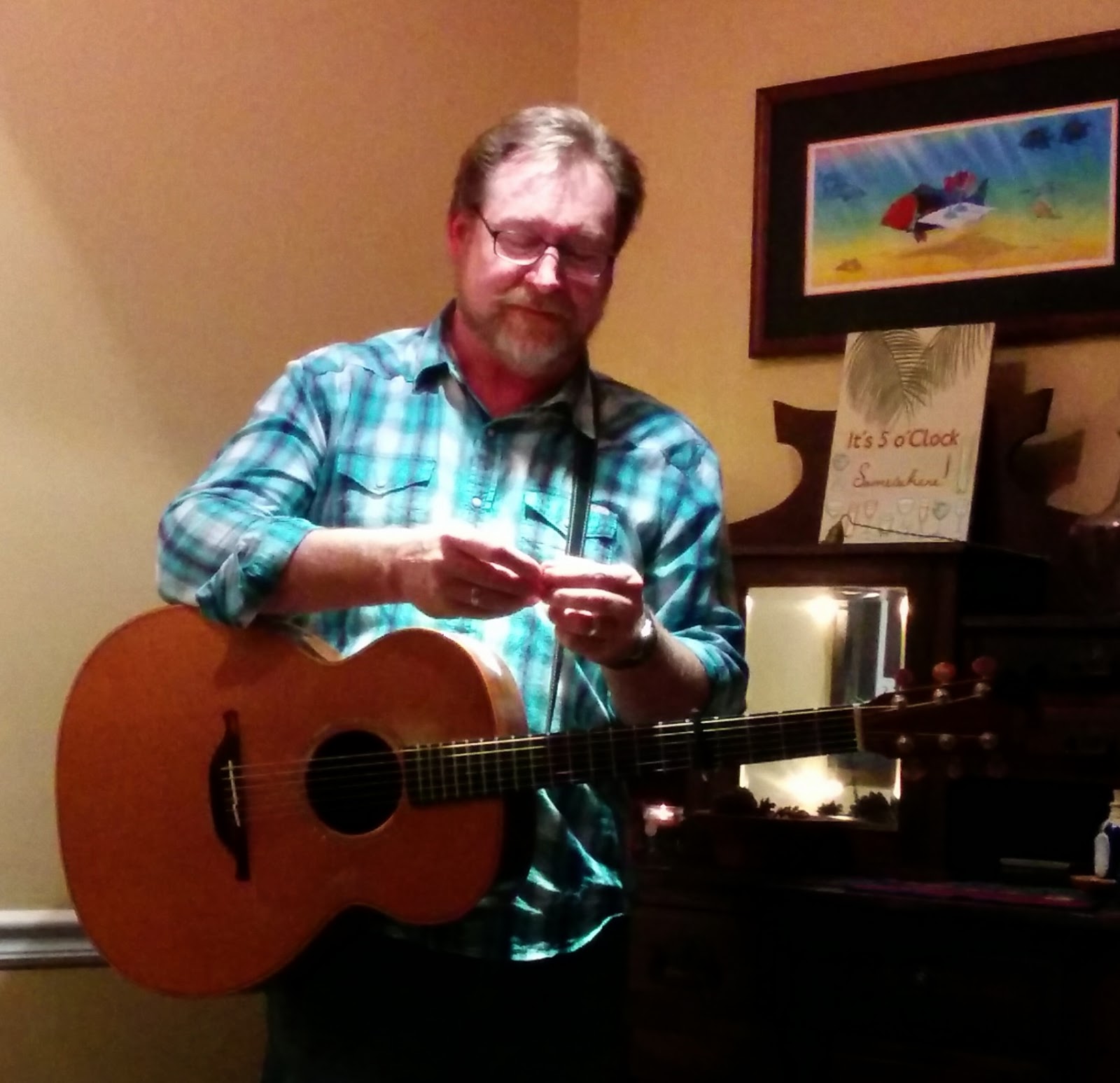 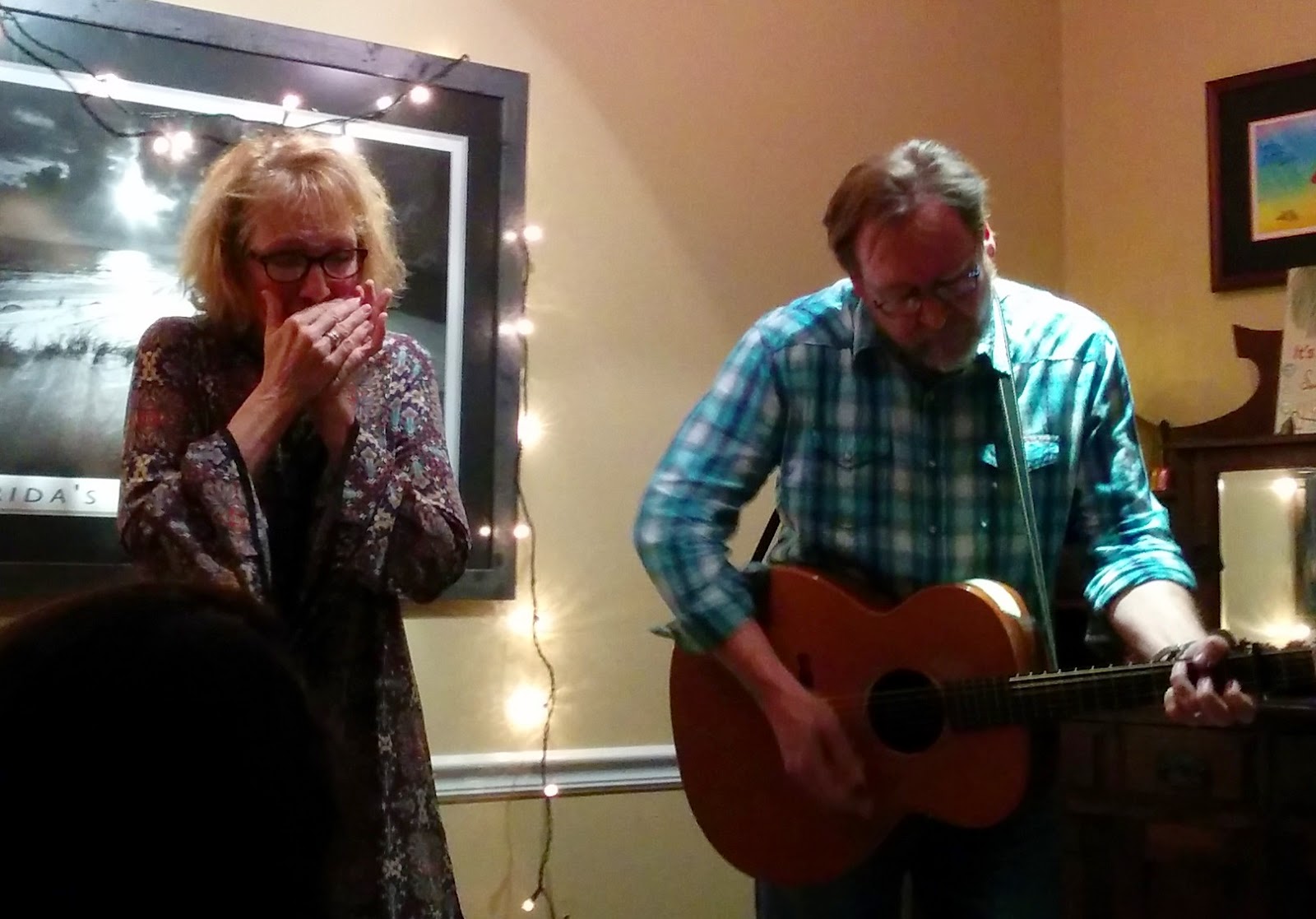 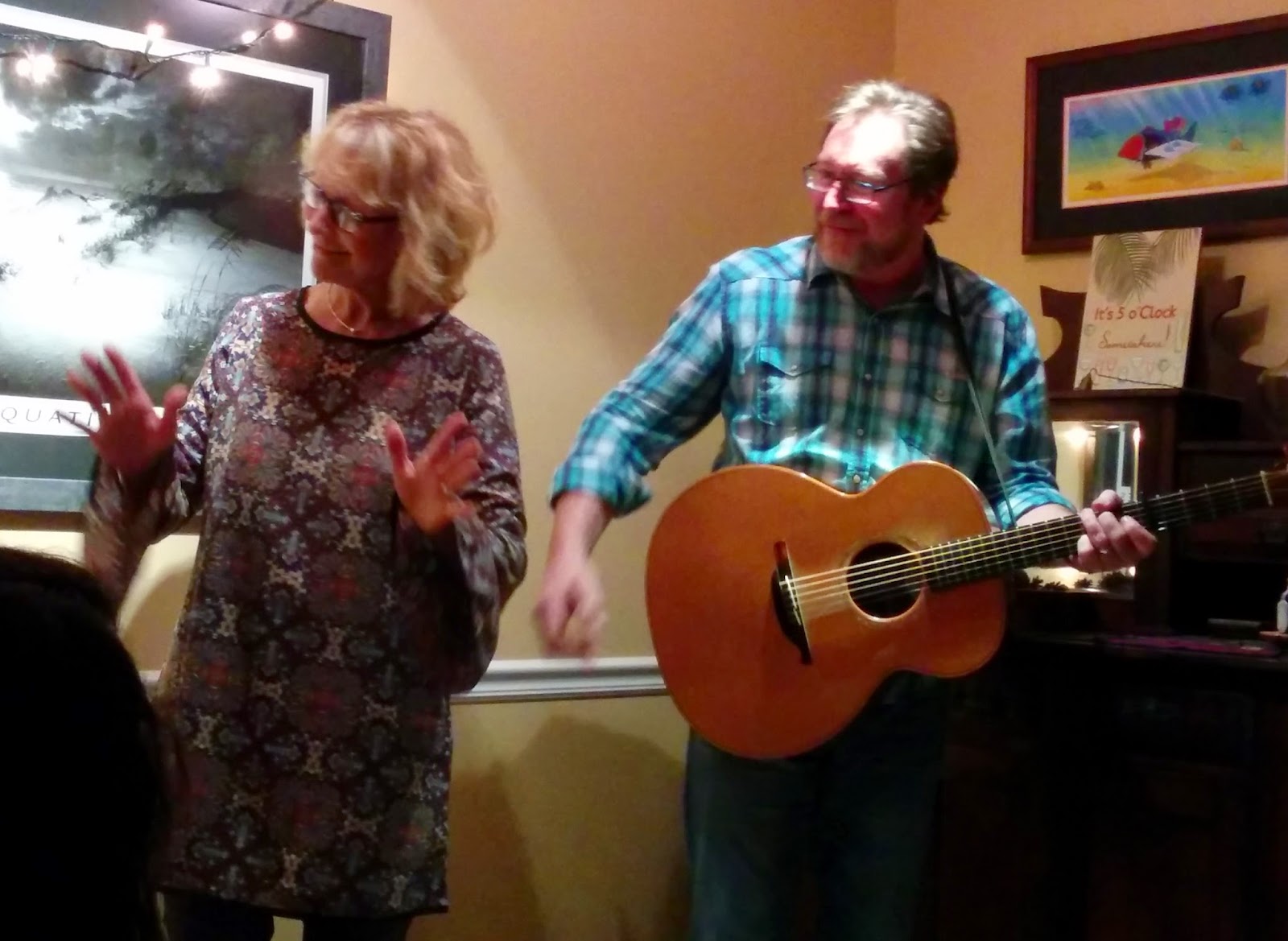 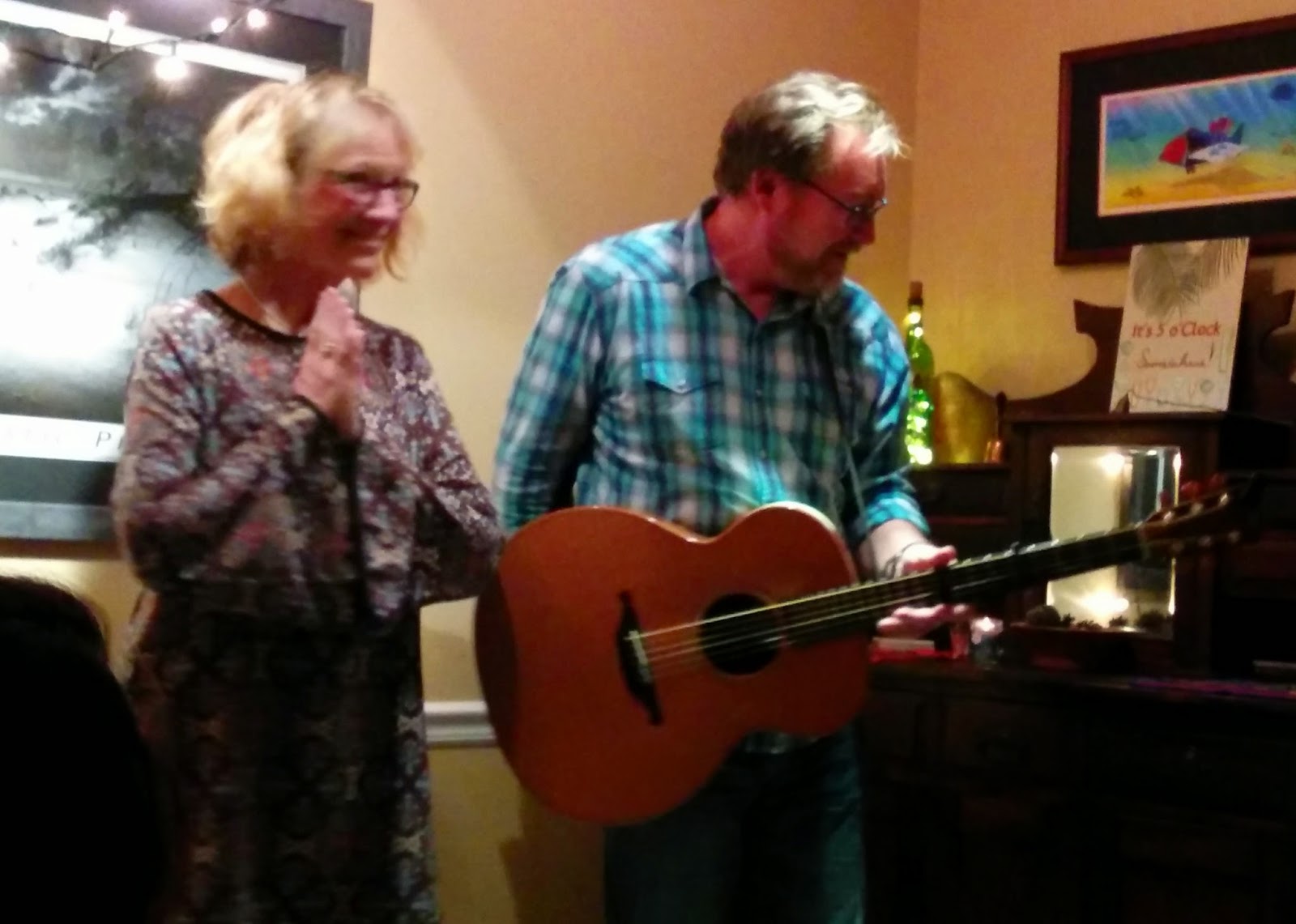 a very nice evening - my favorite song was "Blame It on the Dog" with a several others following in close race for second favorite - including the song Tim wrote for the Grapes of Wrath. All in all a good time....off to class now!
Posted by TOR at 7:10 AM No comments: