sorry for the delay

your call is important to us...LOL

actually here is what has been happening- we went to the Yankees opener- on the Sunday before we left the River Cottage... on the way home we stopped for Grimaldi's pizza (the one from under the Brooklyn Bridge except this is an outpost) - YUM! 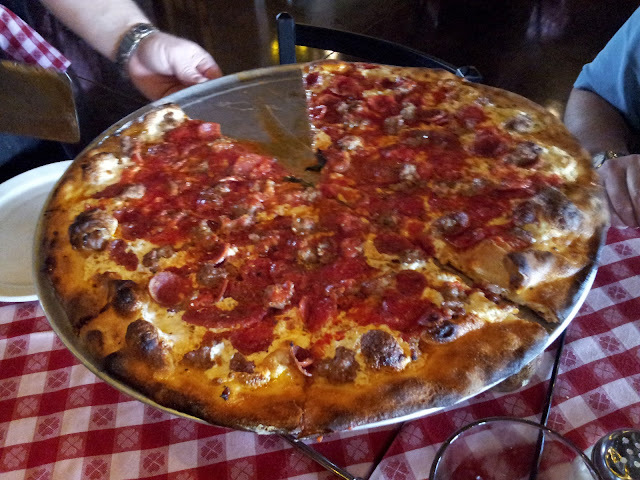 then we went home and began to pack because we were going to take things to storage on Monday- which we did... Monday night we went to our fave Italian place Cafe Baci for the last time this season and hung a bit with Lorraine and Michael 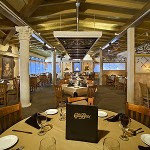 then Tuesday we did final stuff to get the house ready to leave and started to pack the car (kitties were getting suspicious as things started to disappear) then we had a final dinner with our wonderful neighbors and landlords Al and Carol at Al's favorite Italian Carmen's and then we headed home for our final night in the beautiful and serene River Cottage - but not before we had taken photos of our neighborhood cow the tax dodge. 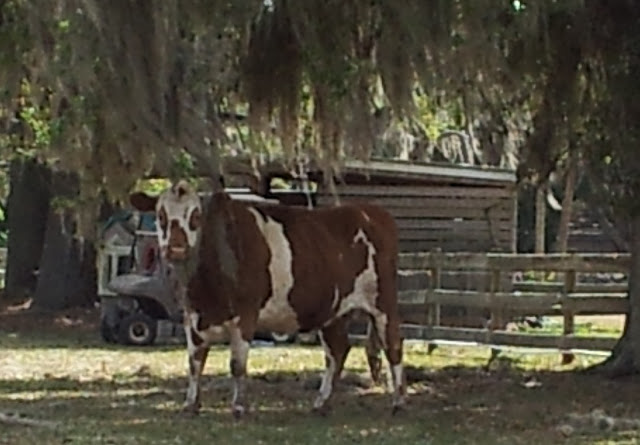 This year we found out that she is more than 12 years old and is a retired dairy cow- she will NOT be heading to the meat factory and she loves carrots- LOL...

So then we got into the car on Wednesday morning at 11:30 and drove north with our little girls in the car (not on the roof Mitt Romney style) until we arrive in just north of Nashville in TN where stopped for the night.  the girls did well and we were up and out by 9:30 the next morning - arriving home to Chicago around 6 PM.

Wonderful ten weeks away especially because we could both enjoy it as Phil became semifree himself as of January 1- when he turned over the showings of his vacancies to a vendor and rented five apartments during the period that we were away - in the dead of winter!

so while we had lots of filing and paper work and tax season to return to- we were less stressed than last year when we were both working and had lost my mom and sister in the previous six months.

we had a blast with visiting friends and family and next up is to look for a more permanent arrangement.
Posted by TOR at 7:55 PM