was a travel day - as we left Istanbul to fly south to Izmir (Smyrna) the site of the Ephesus ruins and then the departure point for our small ship.

the crowning jewel of the Ephesus ruins is the Library. like the Treasury at Petra, it is a breathtaking sight but has less dramatic impact since it is approached from a long main street instead of hidden by the narrow twists of the Siq.

here are some photos of the day- which threatened rain but stayed dry and which included a stop along the way at (surprise!) a carpet factory (LOL) 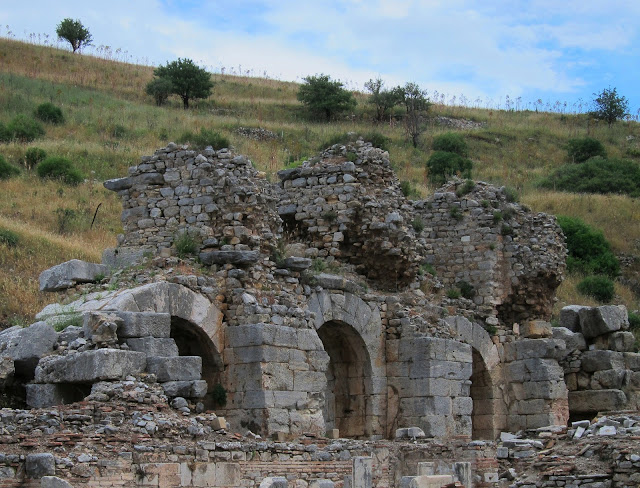 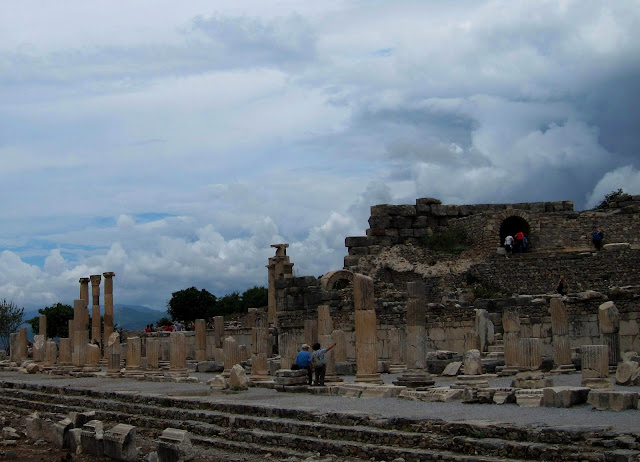 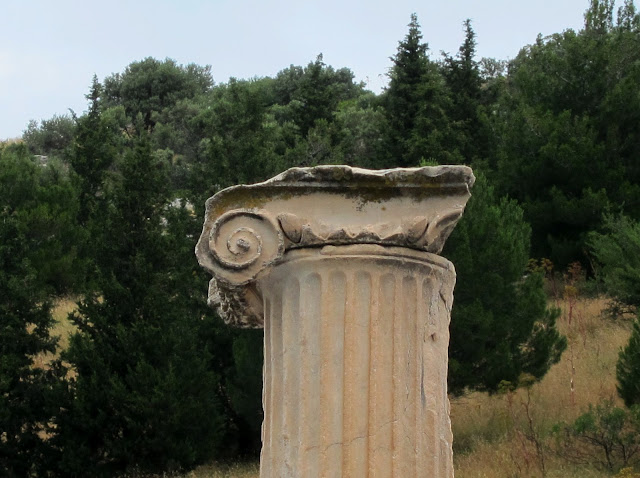 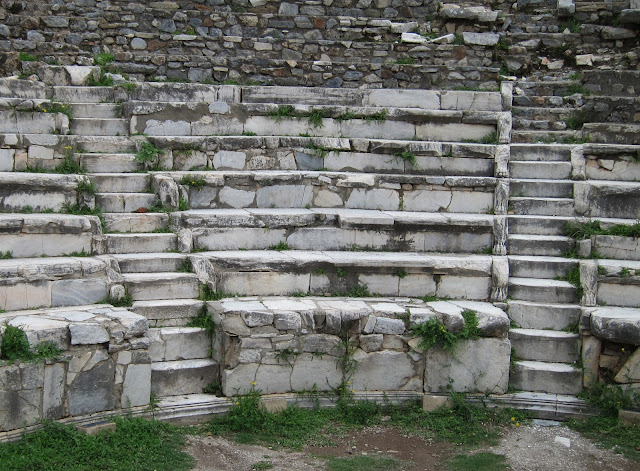 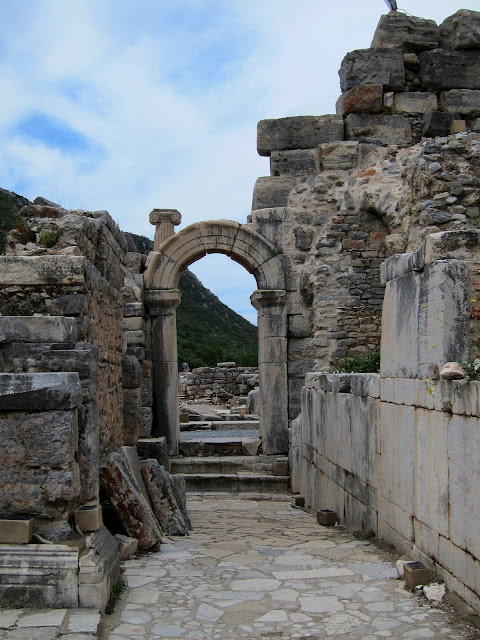 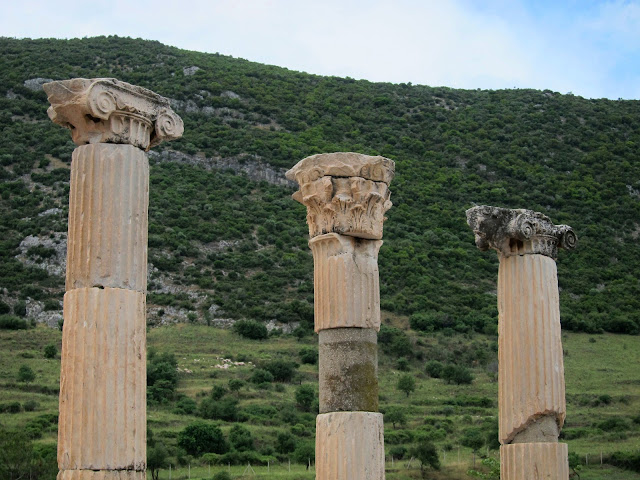 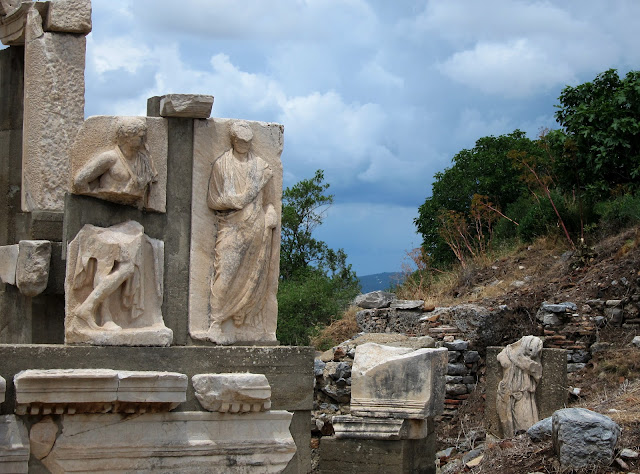 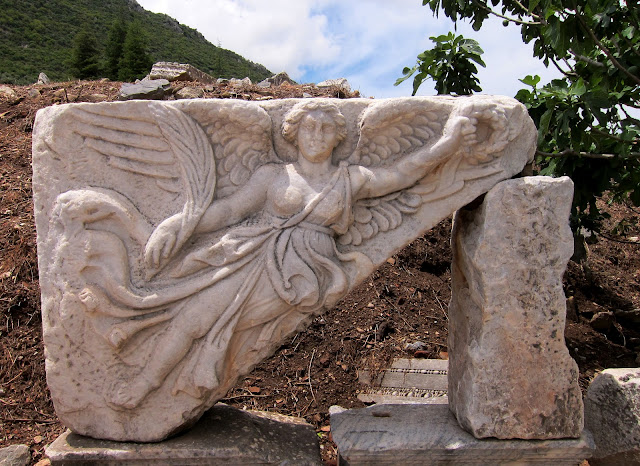 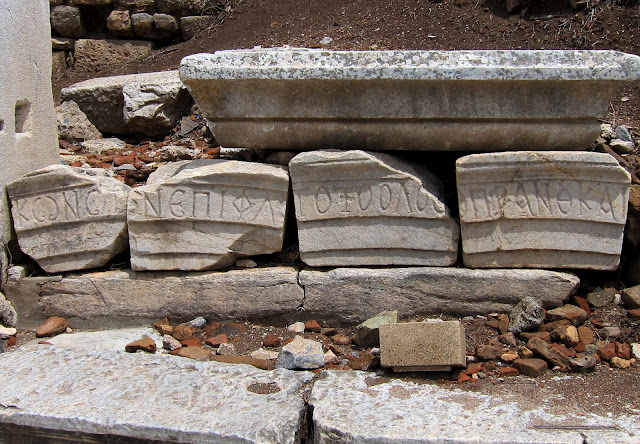 we were not the only ones visiting this UNESCO World Heritage site- at the end of this road in the distance is the Library: 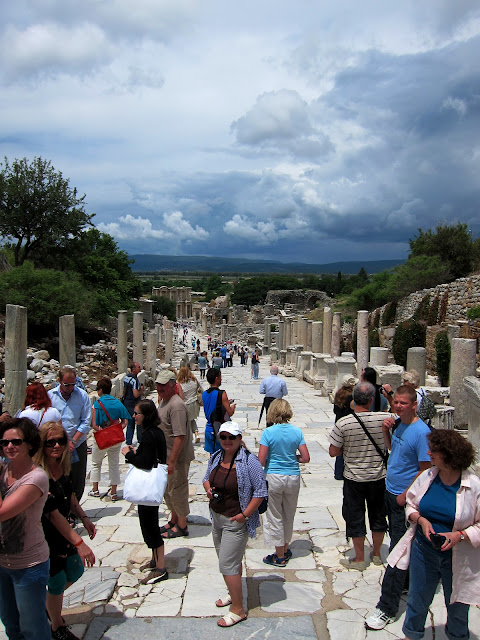 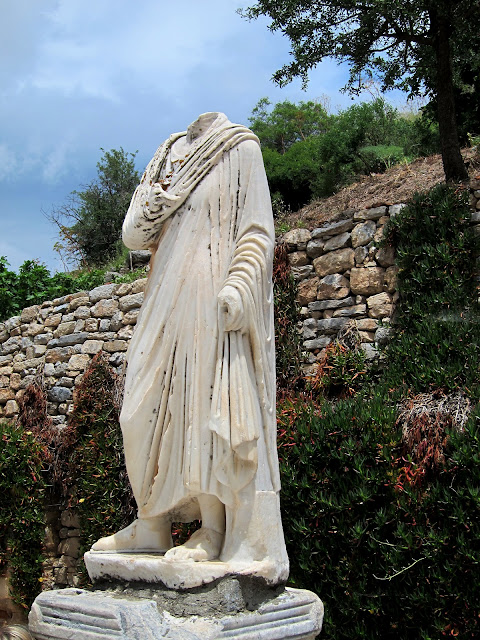 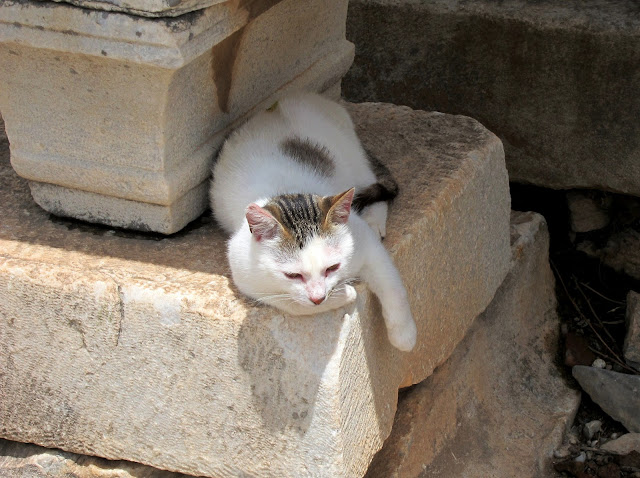 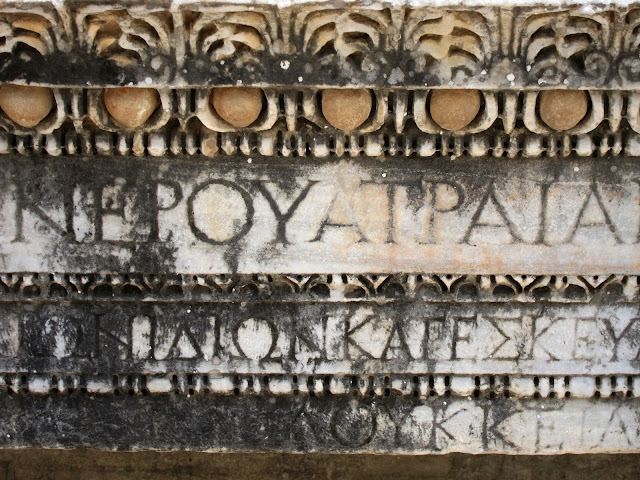 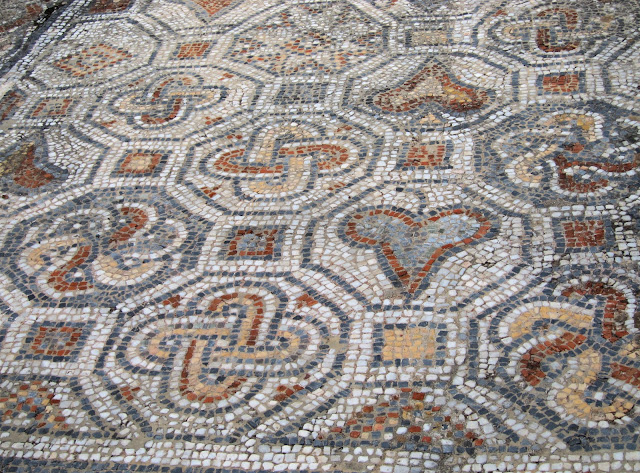 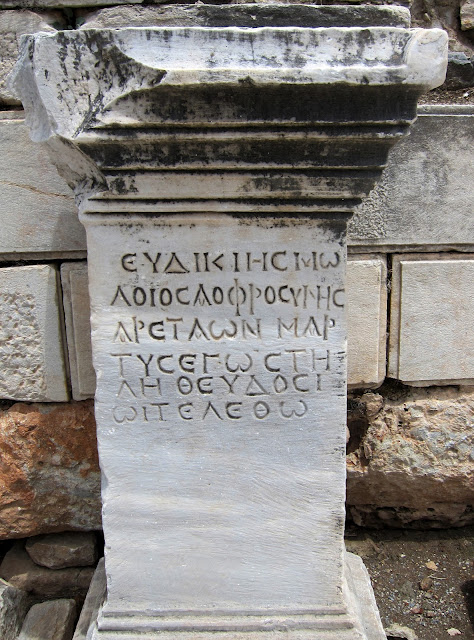 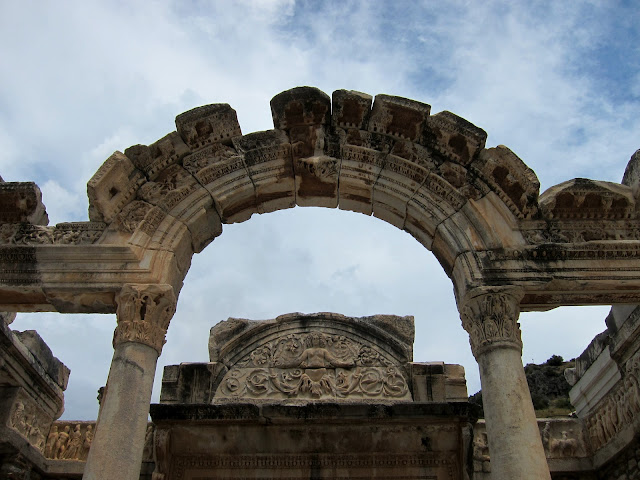 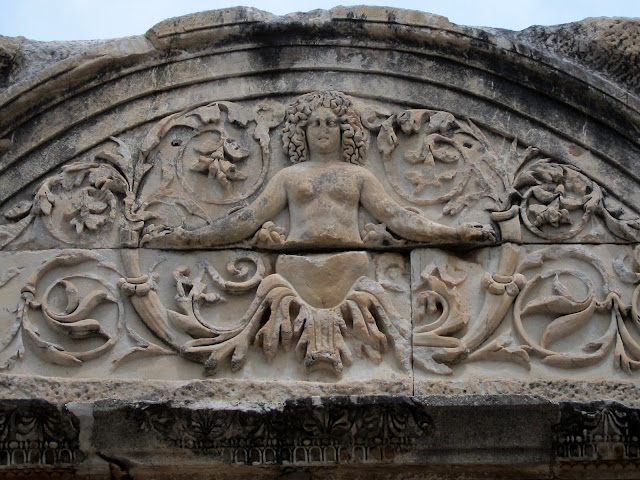 a first clear shot of the Library: 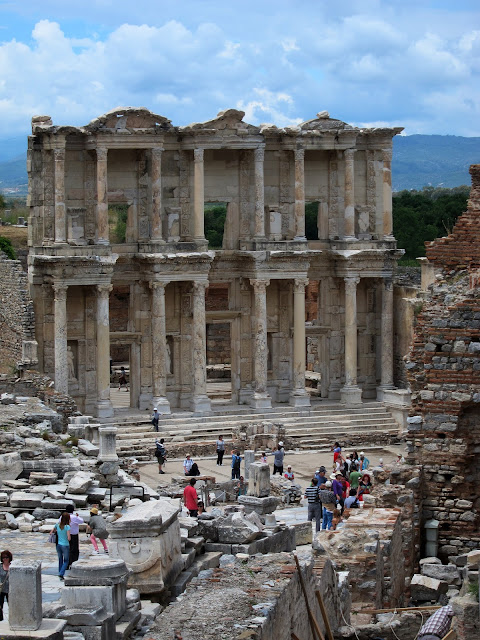 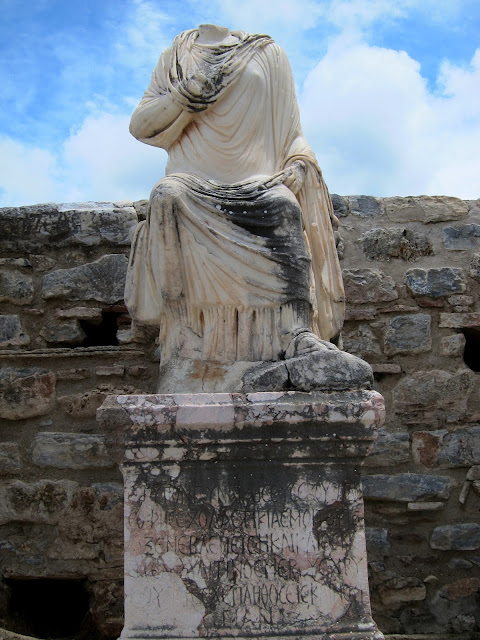 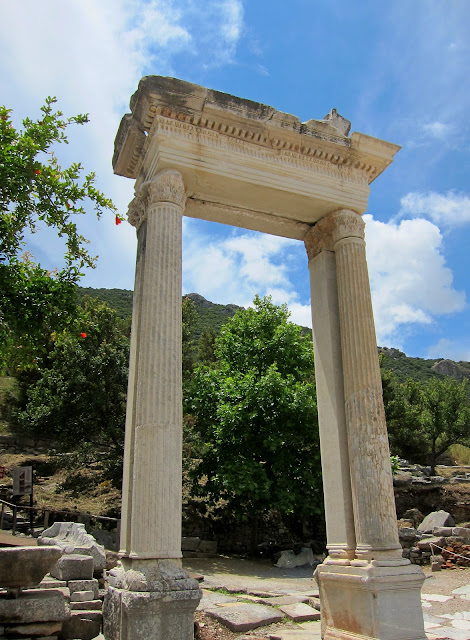 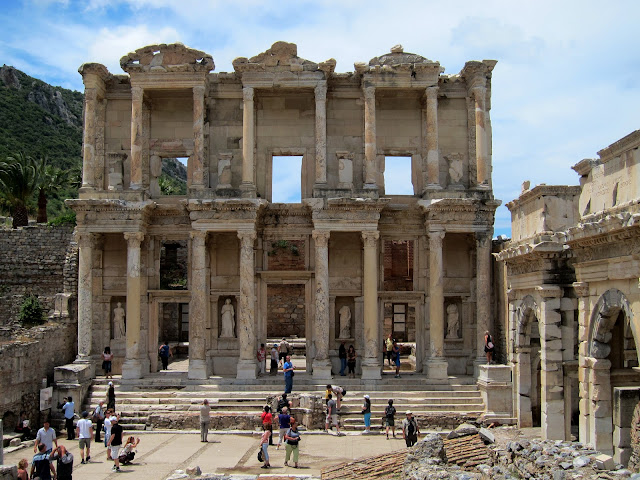 some photos from the ruins of the church of St. John in a town nearby- 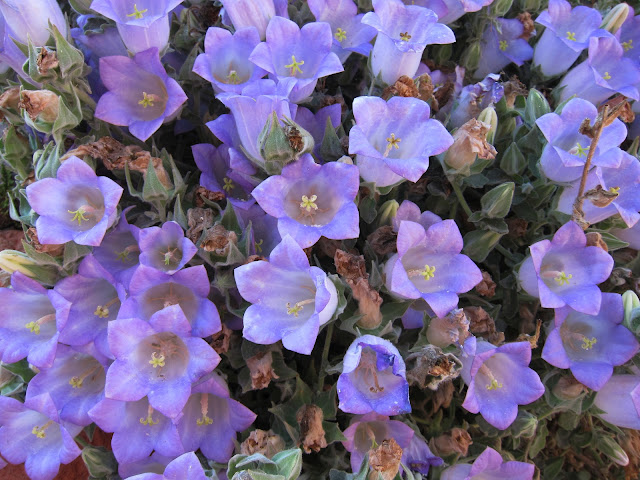 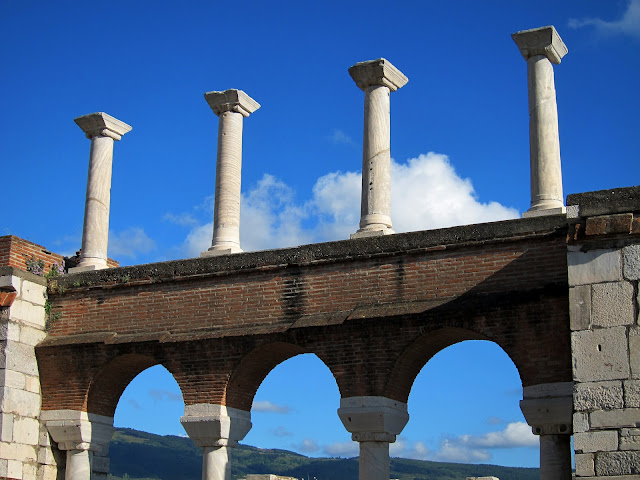 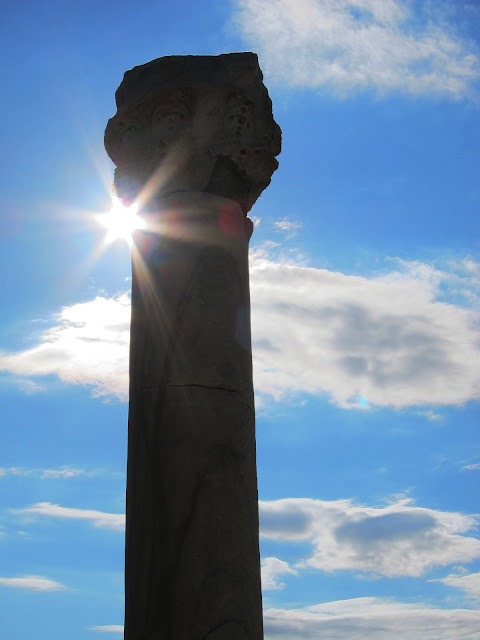 the carpet factory demonstration area for dying of the materials used to make the rugs: 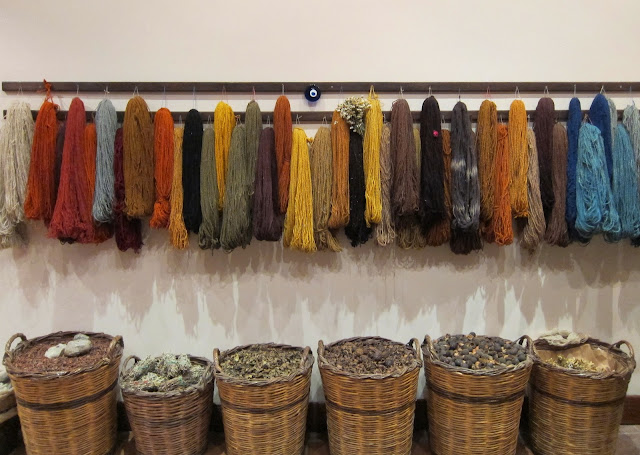 one of a number of storks we saw nesting in the area: 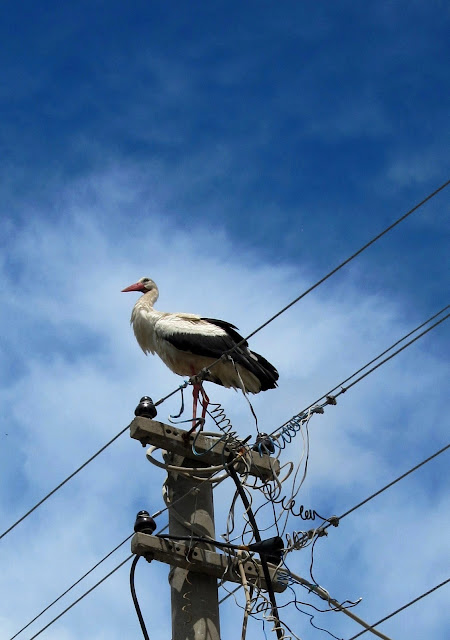 and with that we left Turkey and proceeded to the first of seven Greek Islands.  our small ship holds a total of 46 travelers split into two groups of 23.  we arrived first and got settled into our lovely cabins but the other group was only 20 minutes behind us and all were gathered rather quickly for dinner that evening as the ship sailed for Patmos.
Posted by TOR at 11:45 PM