so off we went - again- having been home less than two weeks (in my case, less than three days) to NYC to see the kids and our friends and hopefully see/feel warmer weather...

we arrived on Friday late afternoon and after checking into our hotel in Chelsea we headed out to meet Lee for a drink and then the three of us met Angela for dinner.  we went to Lusardi's - an old favorite we hadn't visited for a while. Lee was leaving town the next morning so we were happy to see him before he went. we had plans with Angela for tea on Sunday at the Plaza.

we slept late on Saturday but made it to Hakkessan for their prix fixe lunch where we had an awesome meal that ended with incredibly fresh macarons! 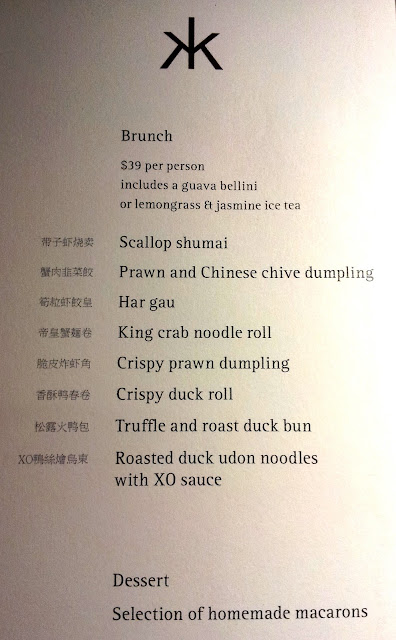 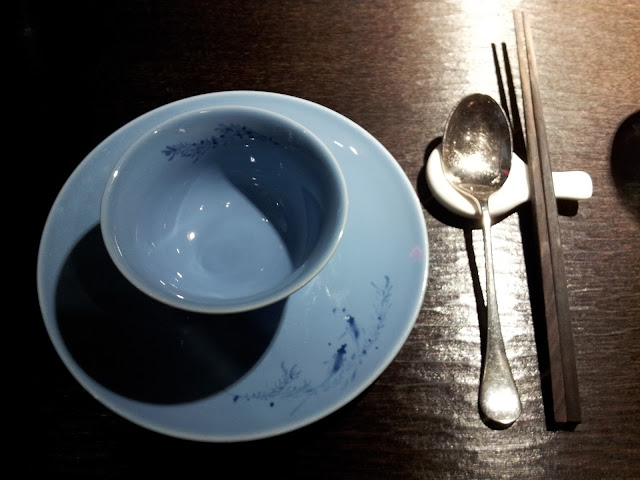 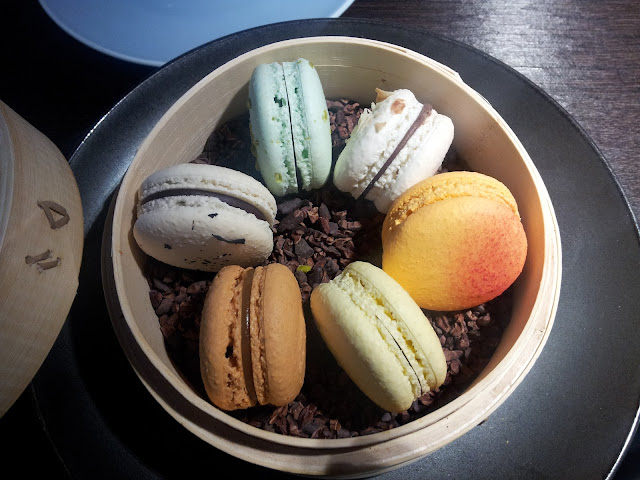 walking home from the subway we go the full feel of the spring blossoms on nearly every tree.  NYC is at least two weeks ahead of our bloom (or in this case- lack thereof) 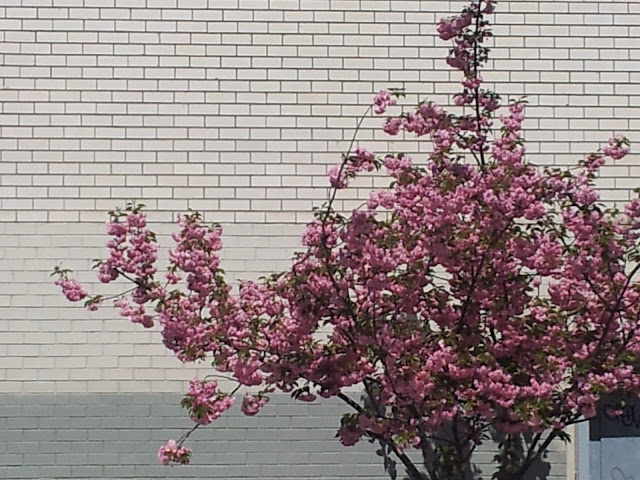 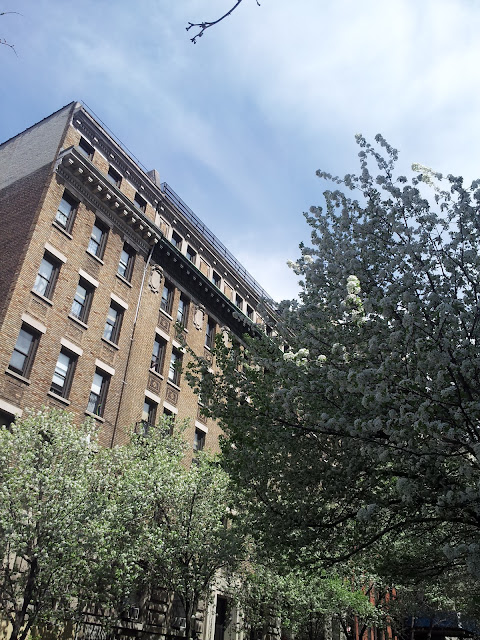 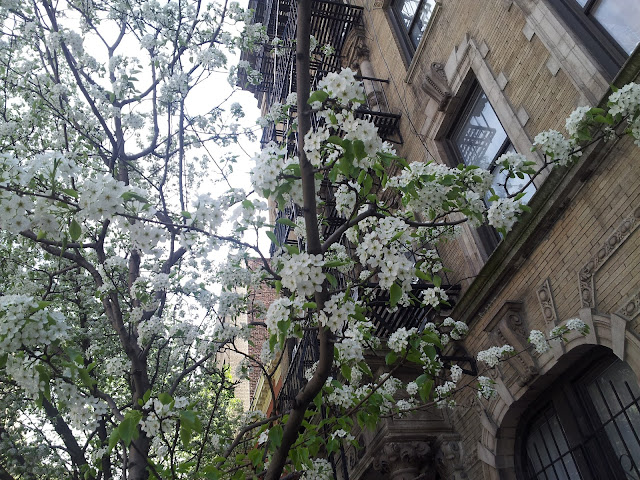 dinner was at Craft with Jeremy and Jenna- a very good meal and generally enjoyable evening.  we walked home from the restaurant in the "just warm enough" evening weather.

Sunday found us back with Angela at tea- lots of little sandwiches and pastries and cakes etc... overall my review is - Lady Mendl's is a better experience of high tea than the plaza but having never had tea there it is worth doing once...

then we went to Madison Square Park and sat outside in the sunshine and talked to several tables of folks doing the exact same thing while enjoying their various lunches and afternoon snacks- many had things from Eataly and others from Shake Shack and still others from Pret a Manger.... something for everyone.  Everyone was in a good mood because it was sunny and warm - a perfect day to sit and enjoy the view of the iconic Flatiron Building across the intersection.

around 8PM we met Laure and Arno for dinner at the North End Grill (good short rib burgers!) - it was the only time our paths crossed during this weekend as they had just hours before returned from Paris and we were headed out Monday.

on Monday we had lunch at Gotham Bar & Grill in the village - so we knew we would have one good meal before we headed to airport-land and airplane food... it was an excellent meal and we met some folks from Colombia who were seated at the table next to us.  they were on their way to the High Line... we mentioned that we were headed to Paris and planned to do the Parisian version of the High Line (the promenade plantee) when we were there.  they asked me quite a bit about my trip to Colombia last year and were thrilled that I had good things to say about their native country (they all lived in various US cities now) 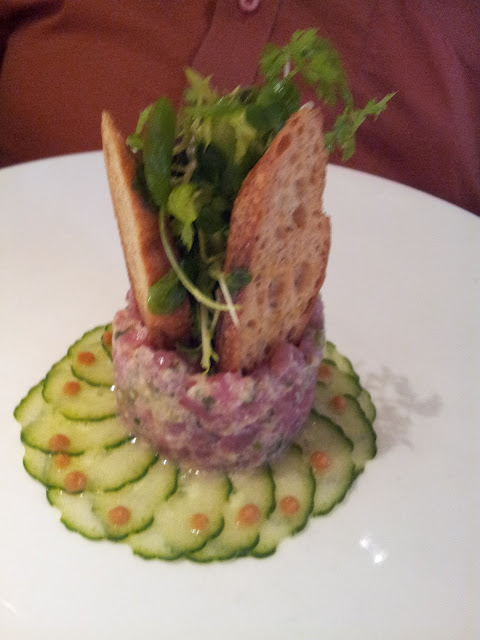 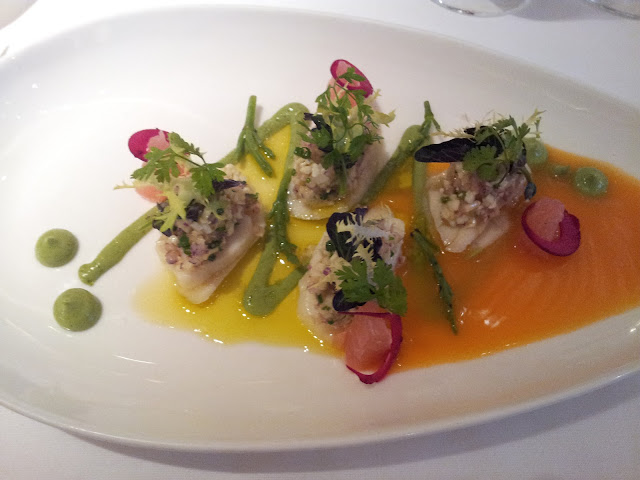 we headed to the airport for our flight- no upgrades came through and - in the incredible shrinking plane saga the US is now going through - so we ended up in coach on an international flight to Europe on a 757! - yes you read that one correctly - a 757.  I thought going smaller was impossible after they started taking the 777 out of service to CDG and went to the 767s but I was wrong - you simply cannot underestimate how passenger unfriendly the US legacy carriers can become- each time they will surprise you anew- the plane size obviously affected the number of upgrades available as well.

we soldiered on and the next morning we were on the train from CDG into the city of light!
Posted by TOR at 2:36 PM