because I have been gone so long-

I got back from NYC and the Racine'sNY opening and closed up the condo for the summer- all kinds of last minute stuff to do - packed up the cats and the car and headed north on a two day drive.... I arrived late afternoon on Easter Sunday.  I spent the bulk of the first week home trying to get things cleaned up (how does and empty house get so dirty and messy) and working in the yard (which had been really hard hit by the awful winter of more than 80 inches of snow!) had an appointment to get a new awning for the deck and in the first week - caught up with two sets of friends for dinner as well as having over for dinner a new neighbor. I also worked diligently on travel plans for both France in May and Nova Scotia, et al in August... still am (France is done but I have run into a few snags on the Canadian Maritimes trip) - oh and I spent an afternoon at the DMV working on some changes in title for our cars and helping Phil get his license plates transferred to IL on his new car (aaaccckkk)

so now in my second week home - and the weather has been crap! cold and rainy. I have been wondering what possessed me to leave sunny Florida but the schedule that follows will soon show why- so here we are at the 12th day of my being home and here are some photos from the last week and a half- 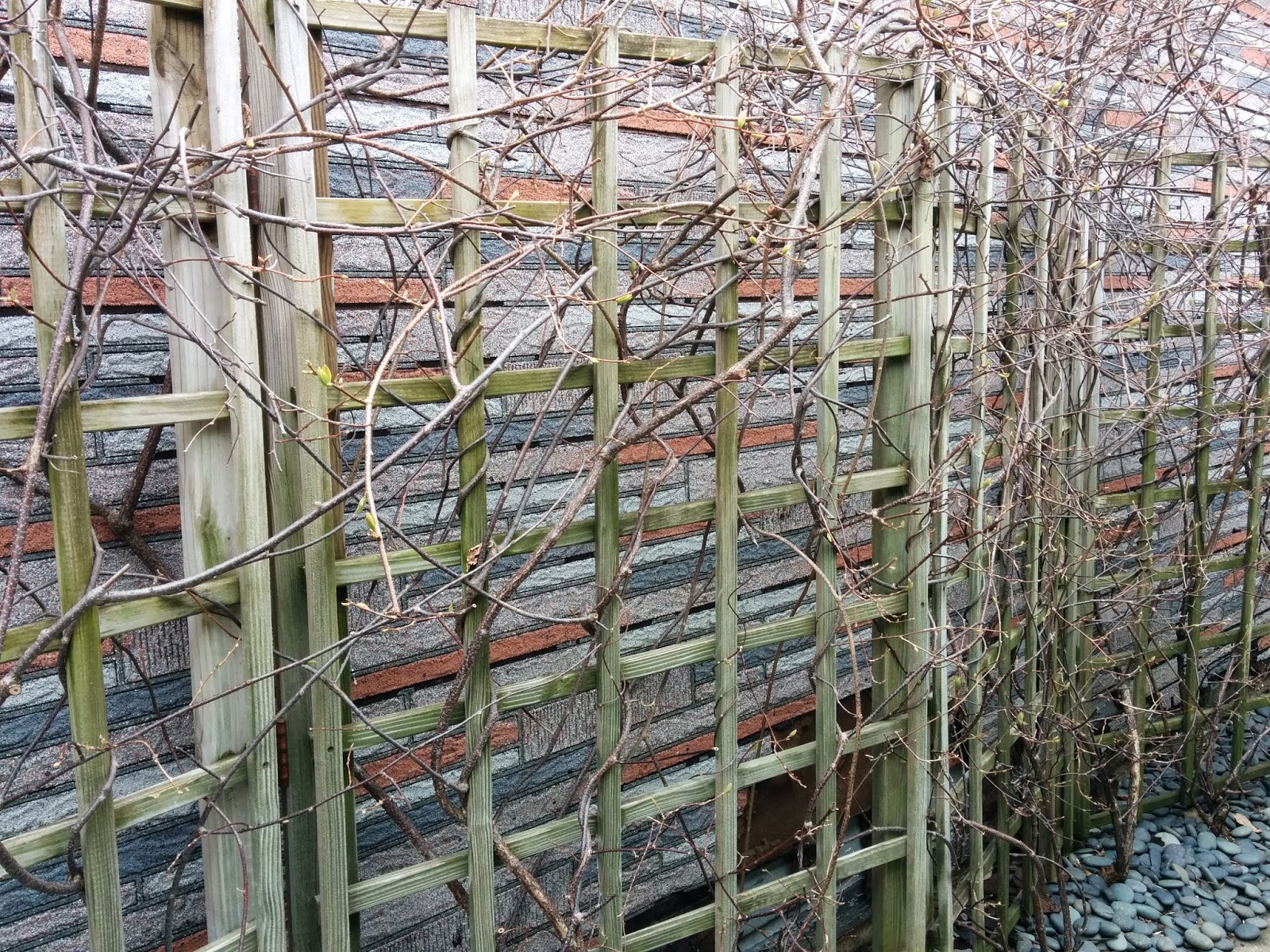 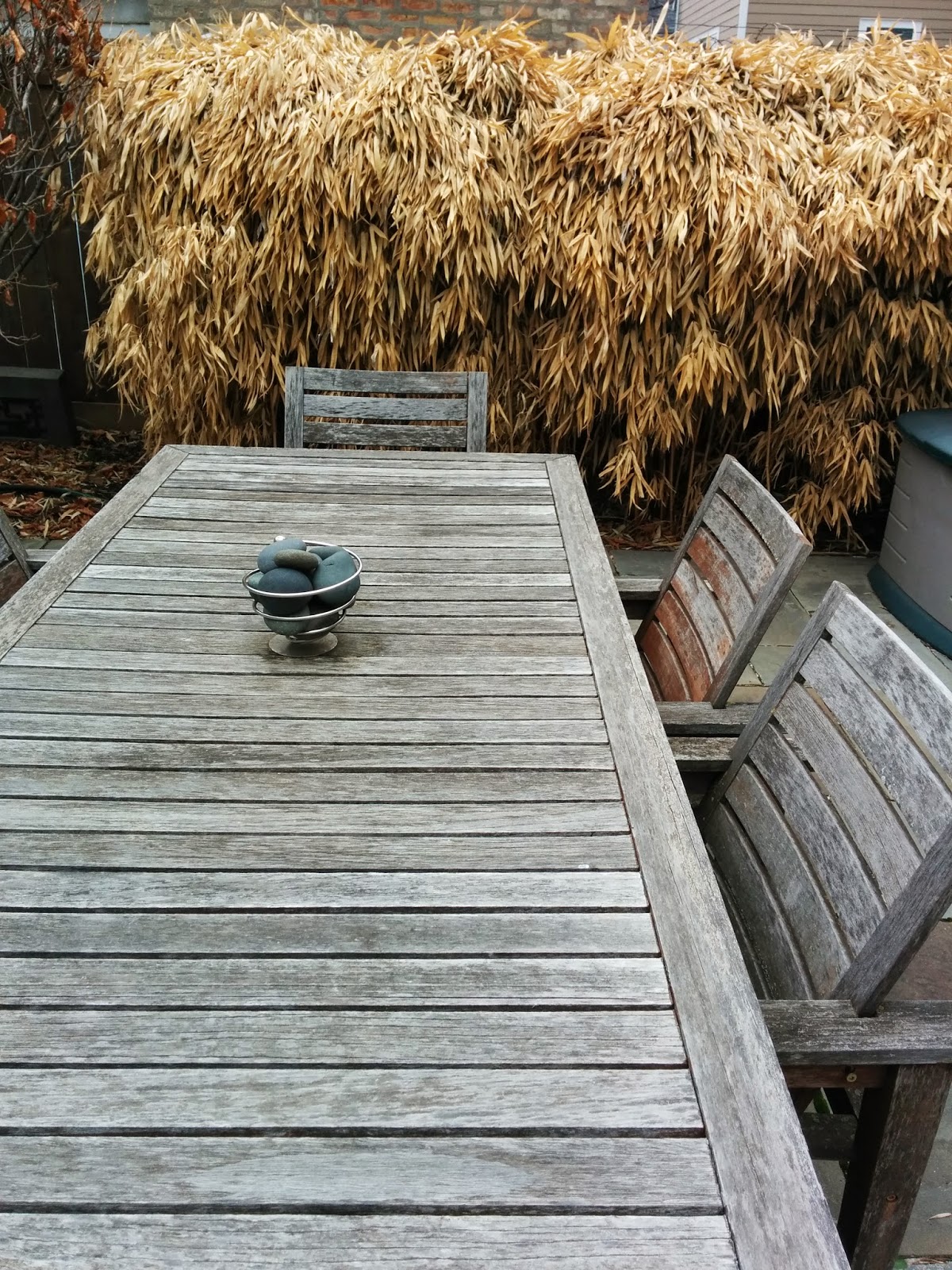 but we had dinner last Thursday with Brian and Tina and finally got the name right on the place that Brian's bar Billy Sunday buys their bread... so when we had lunch this week with Dick we stopped by the bakery on the way back home for a couple of loaves of this fabulous REAL BREAD! 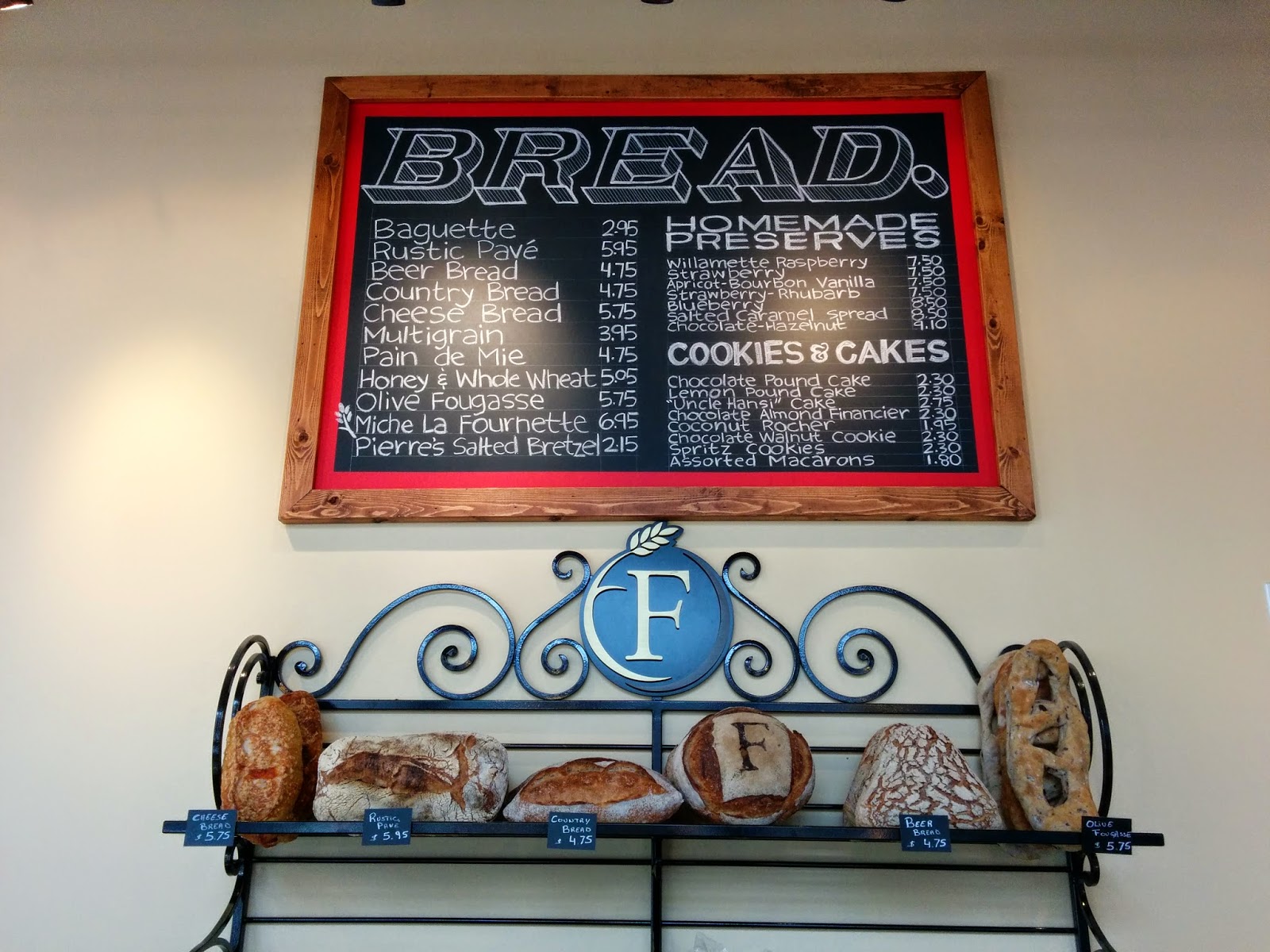 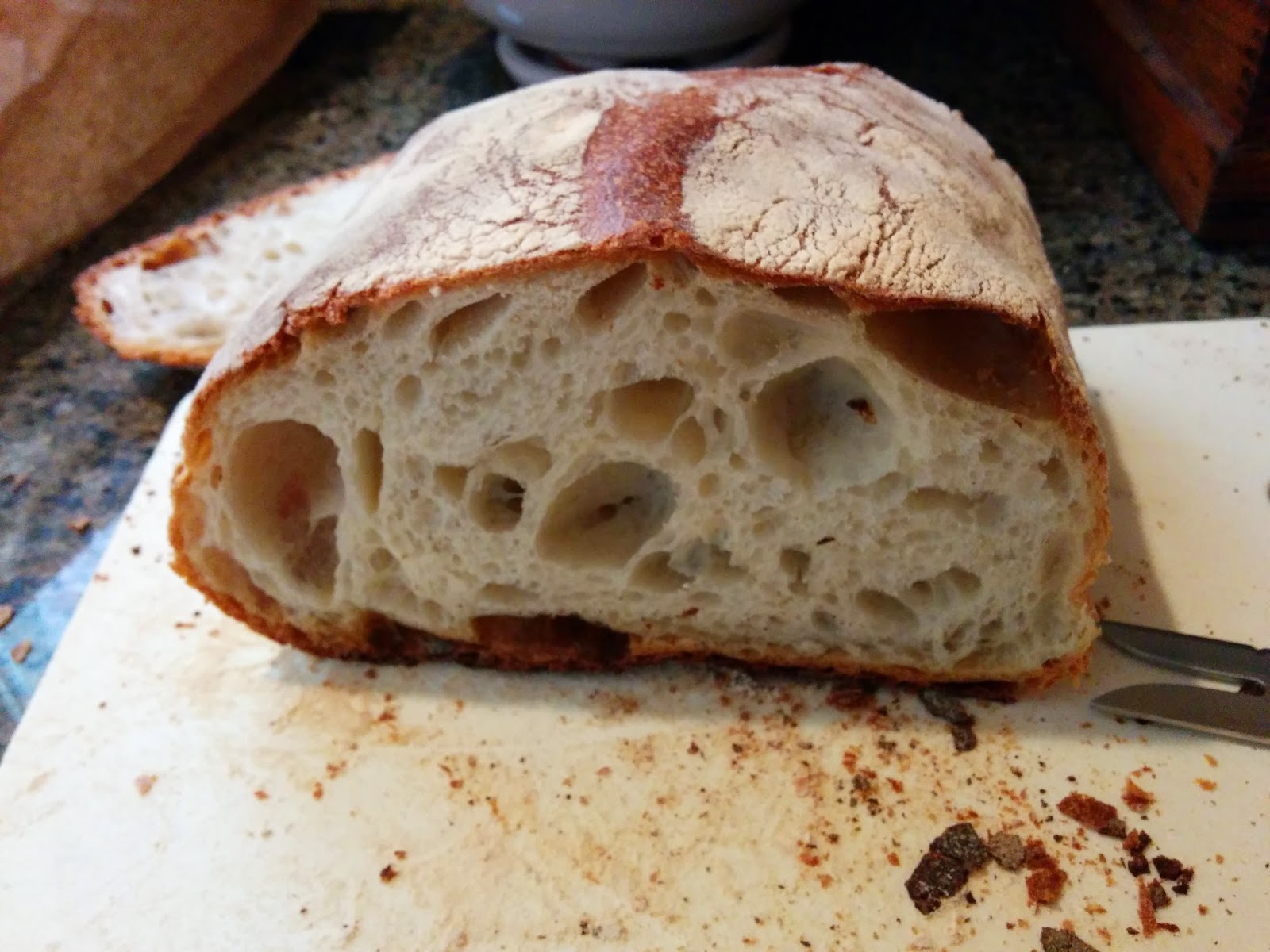 on the same night (10 days after my return) we went to see Chris and Nina and have our first goosefoot meal of 2014.... as usual it was spectacular! 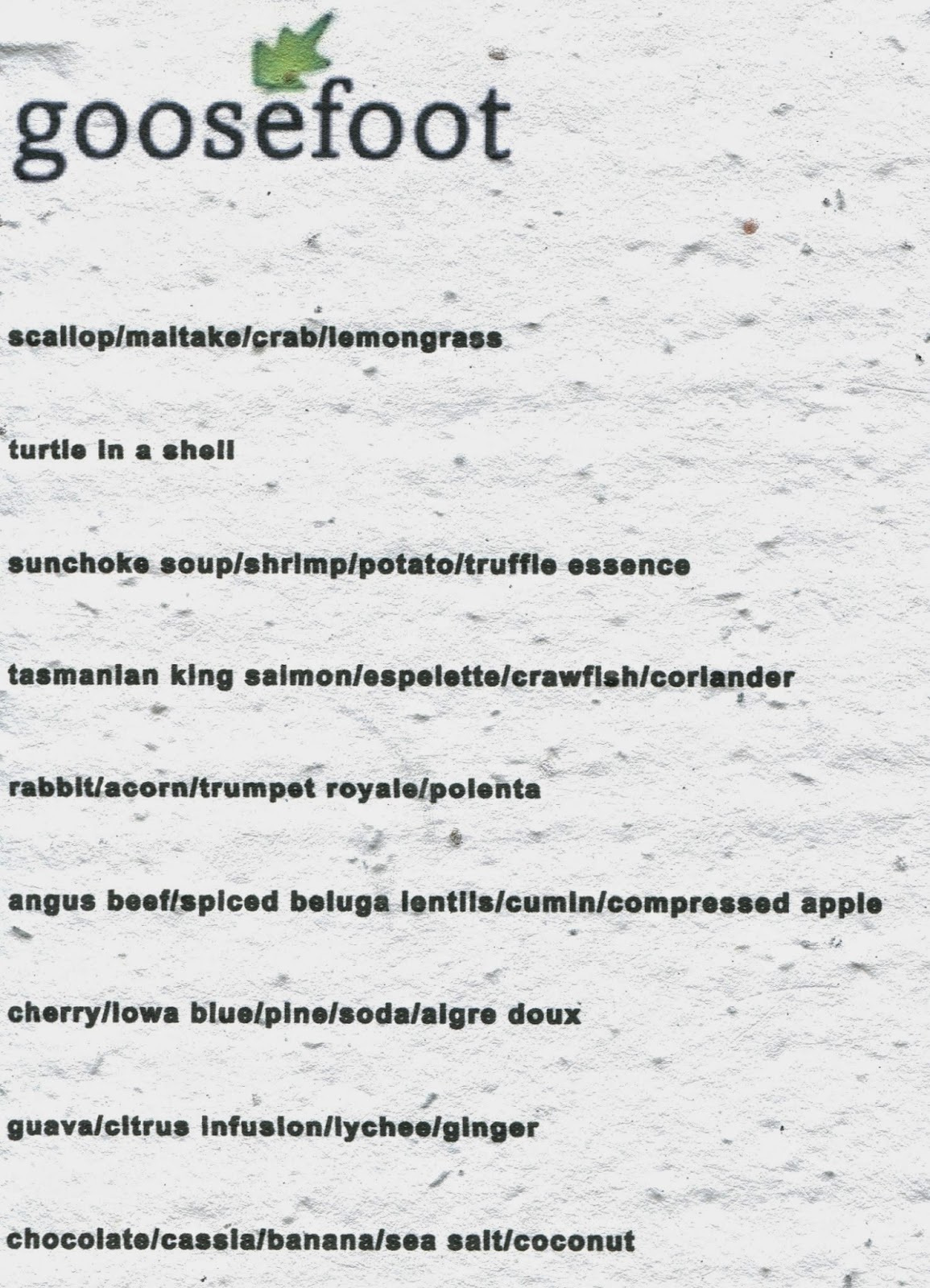 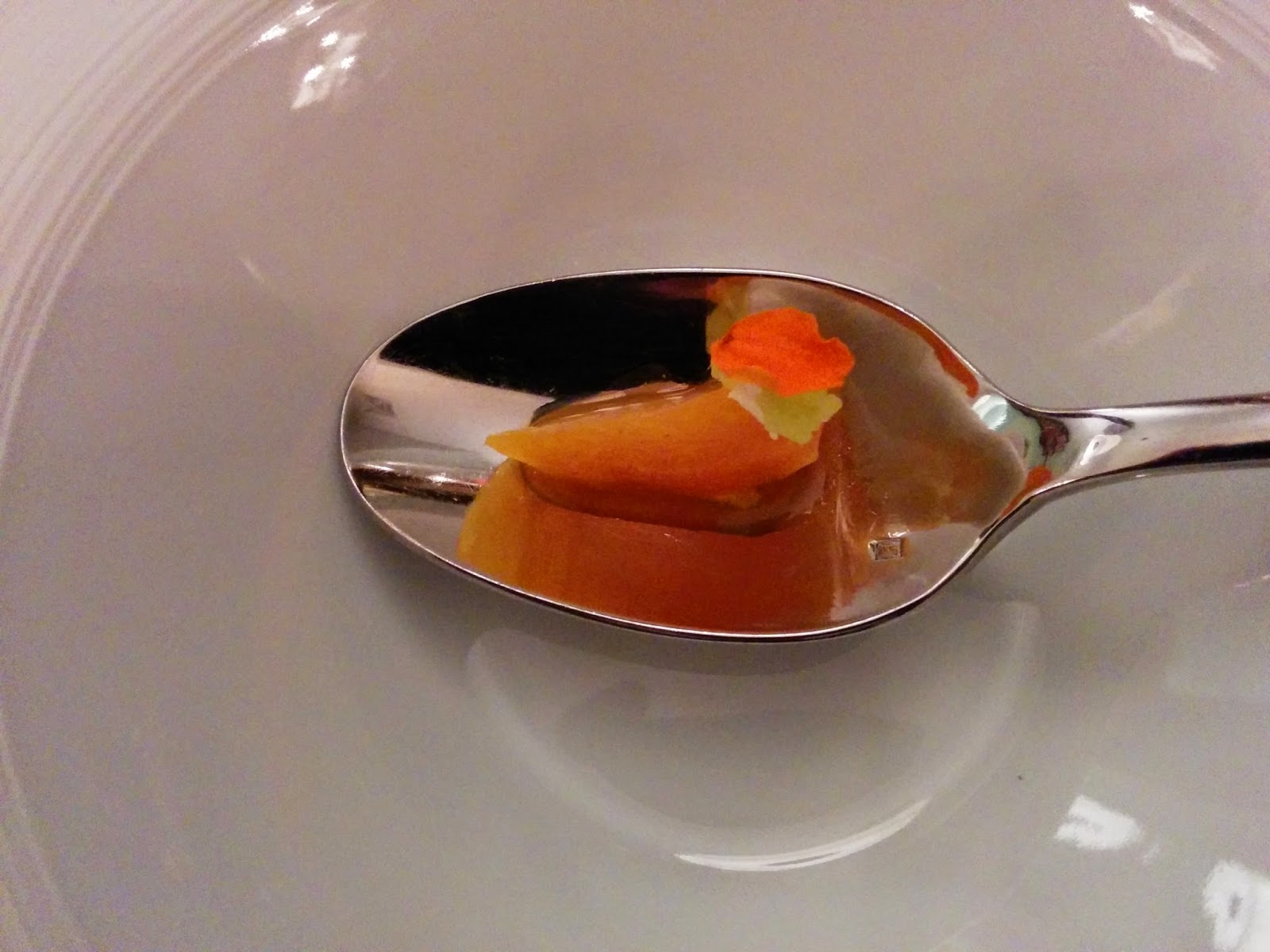 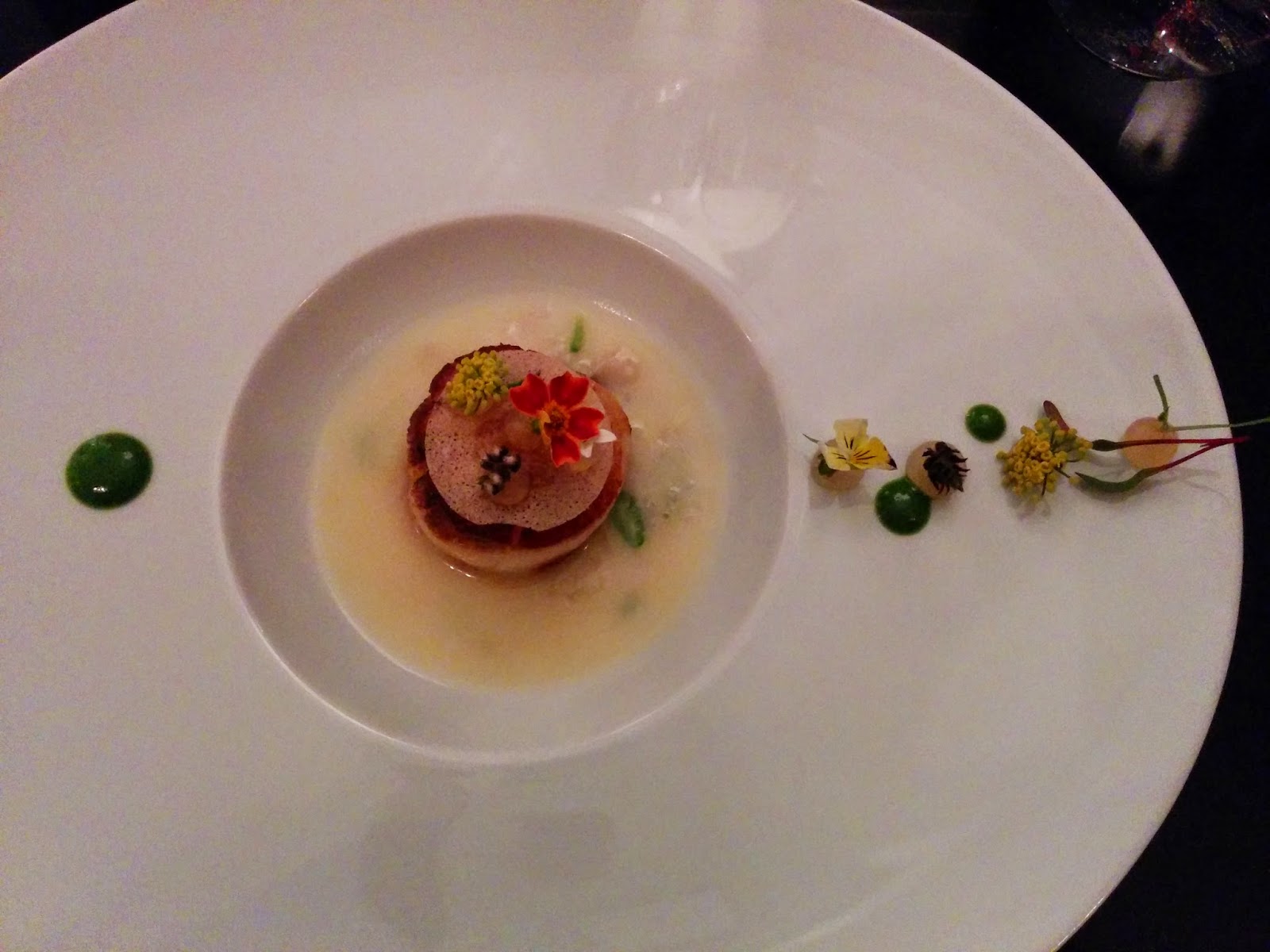 our wines for the evening- the white showed fabulously and the red was also very good! 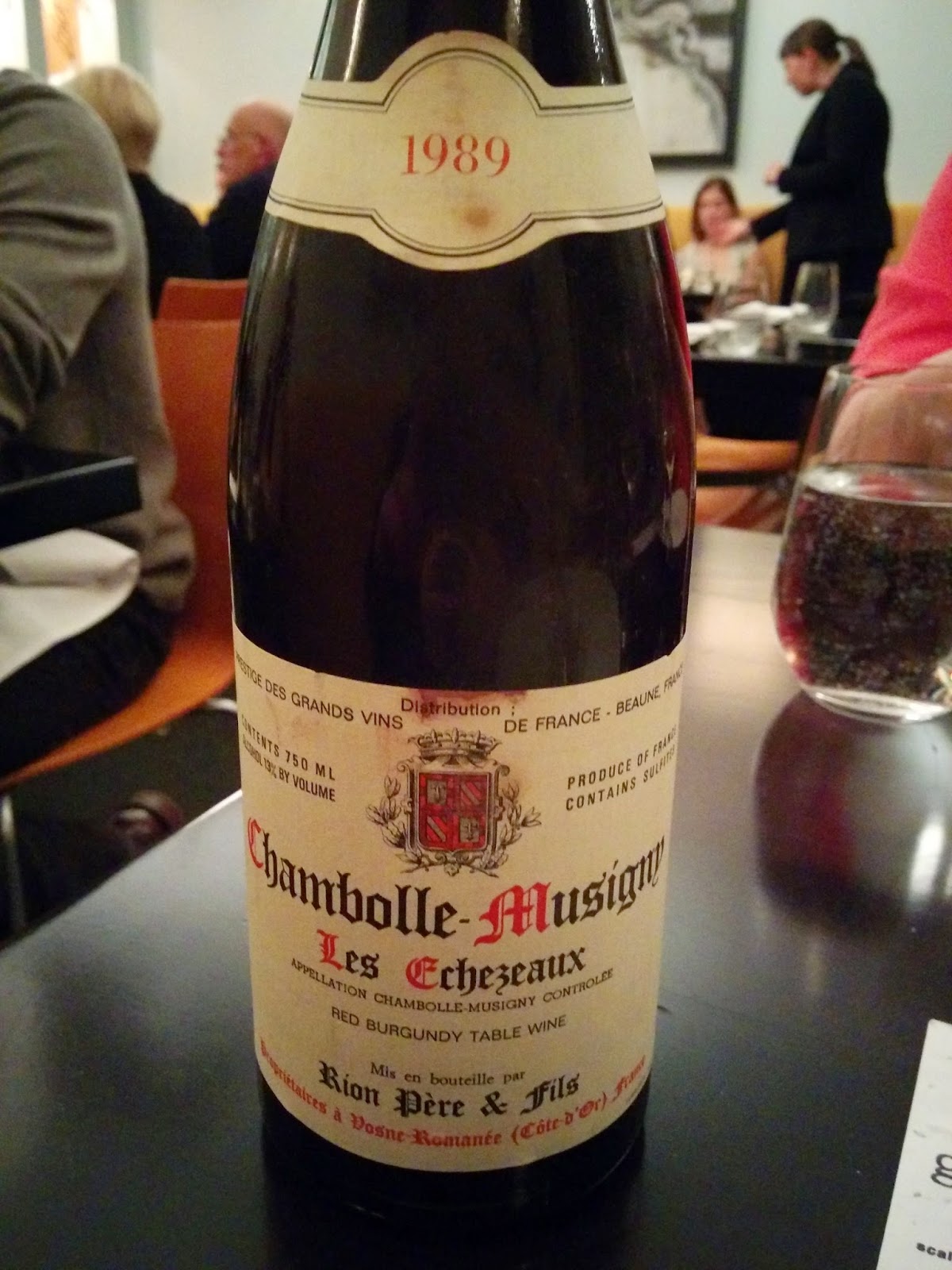 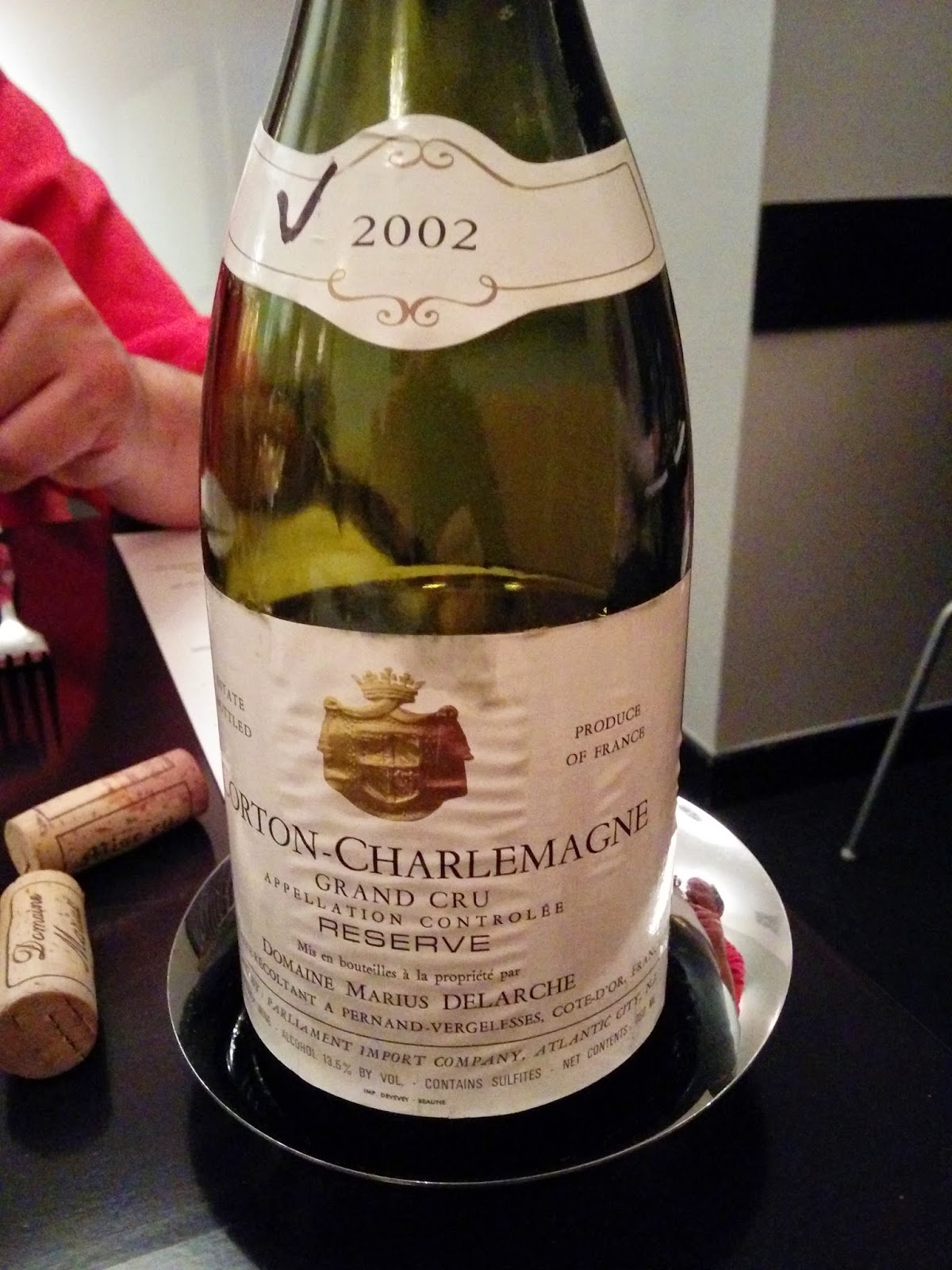 the egg is now called turtle in a shell- LOL- and not quite as custardy as the prior iteration... 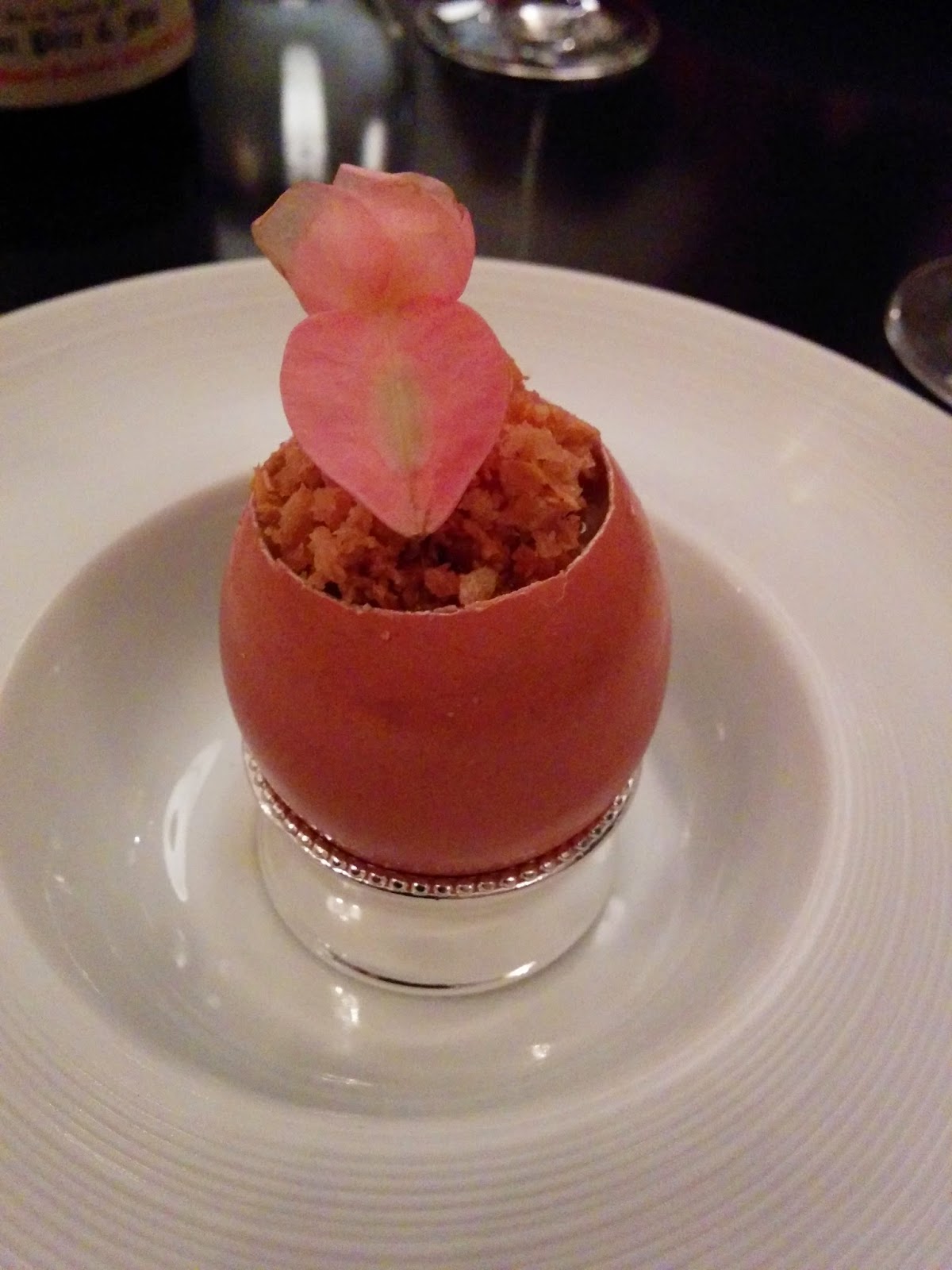 Chris always has excellent soups and this sunchoke soup was no exception! 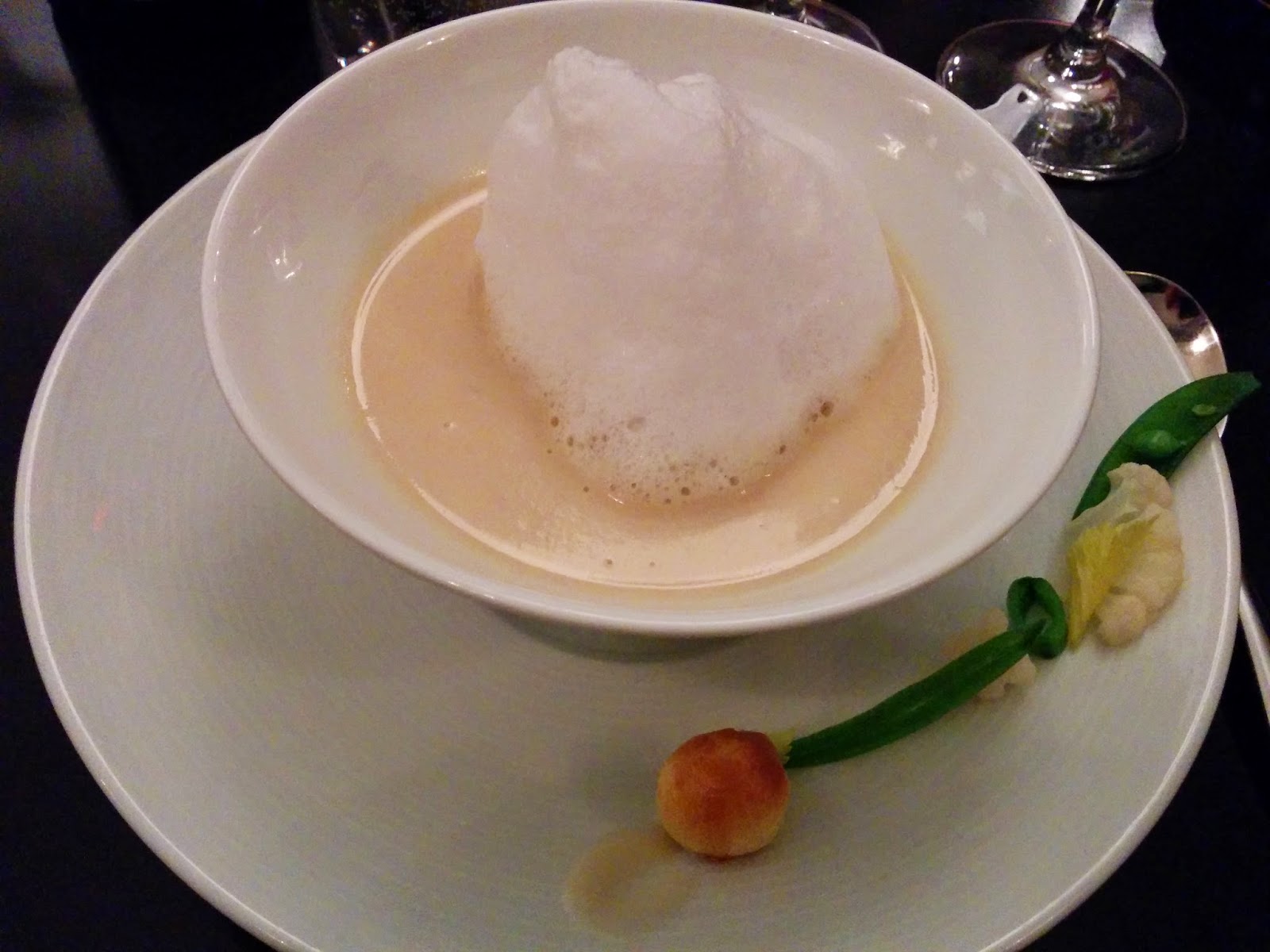 the salmon was the only course pretty much unchanged since we were last here in October... 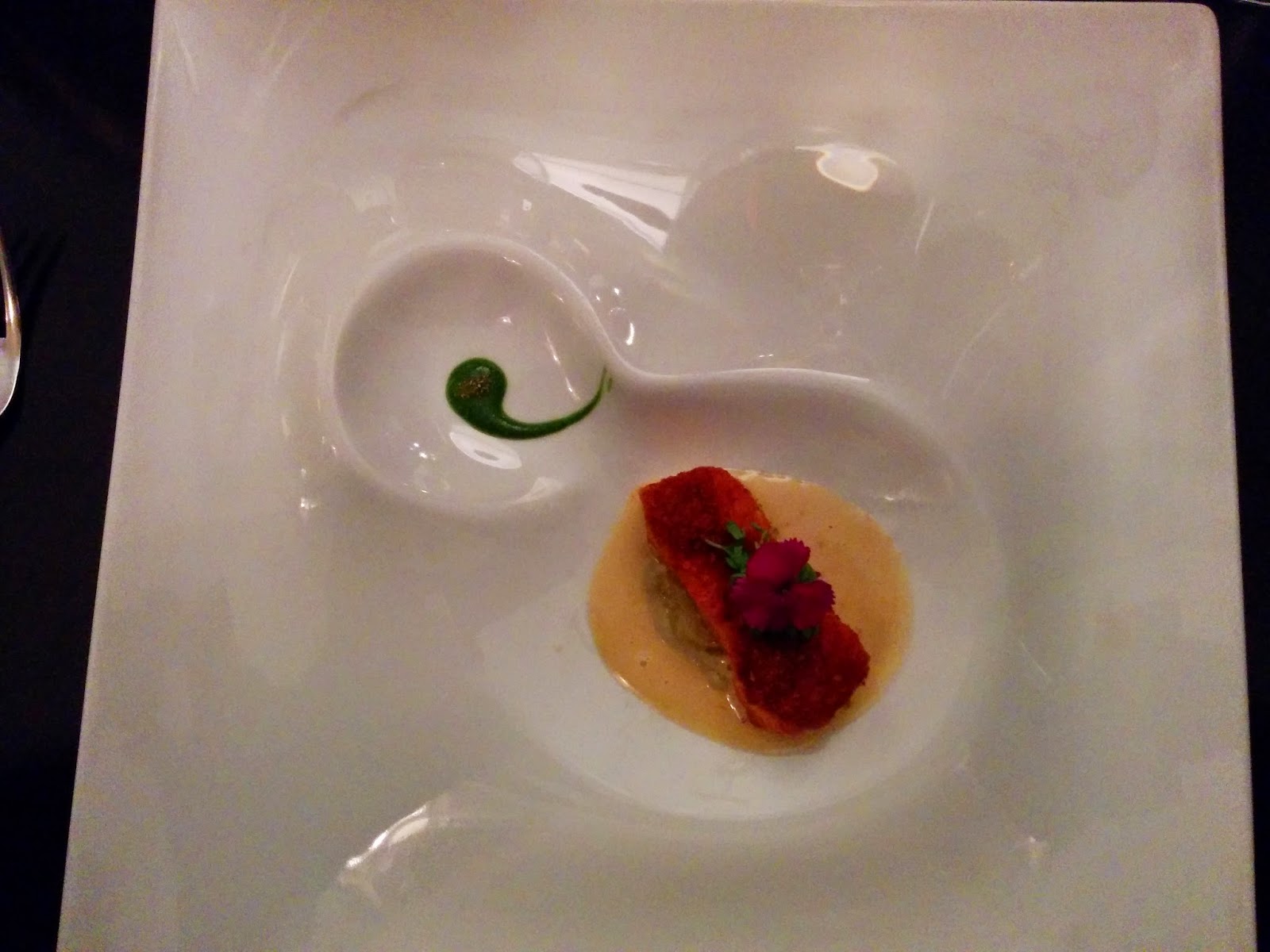 this new dish of rabbit was a real winner! Amazing! 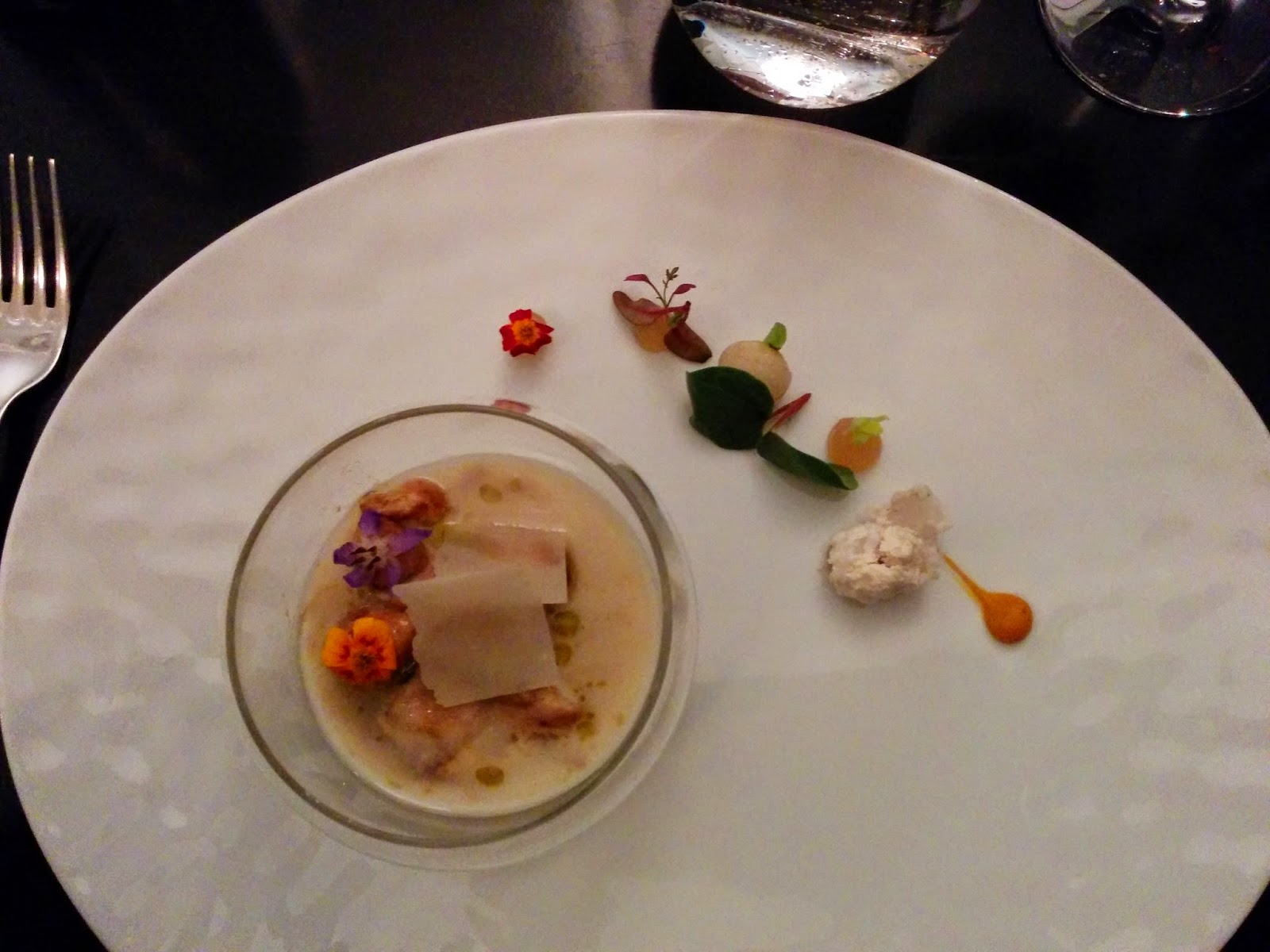 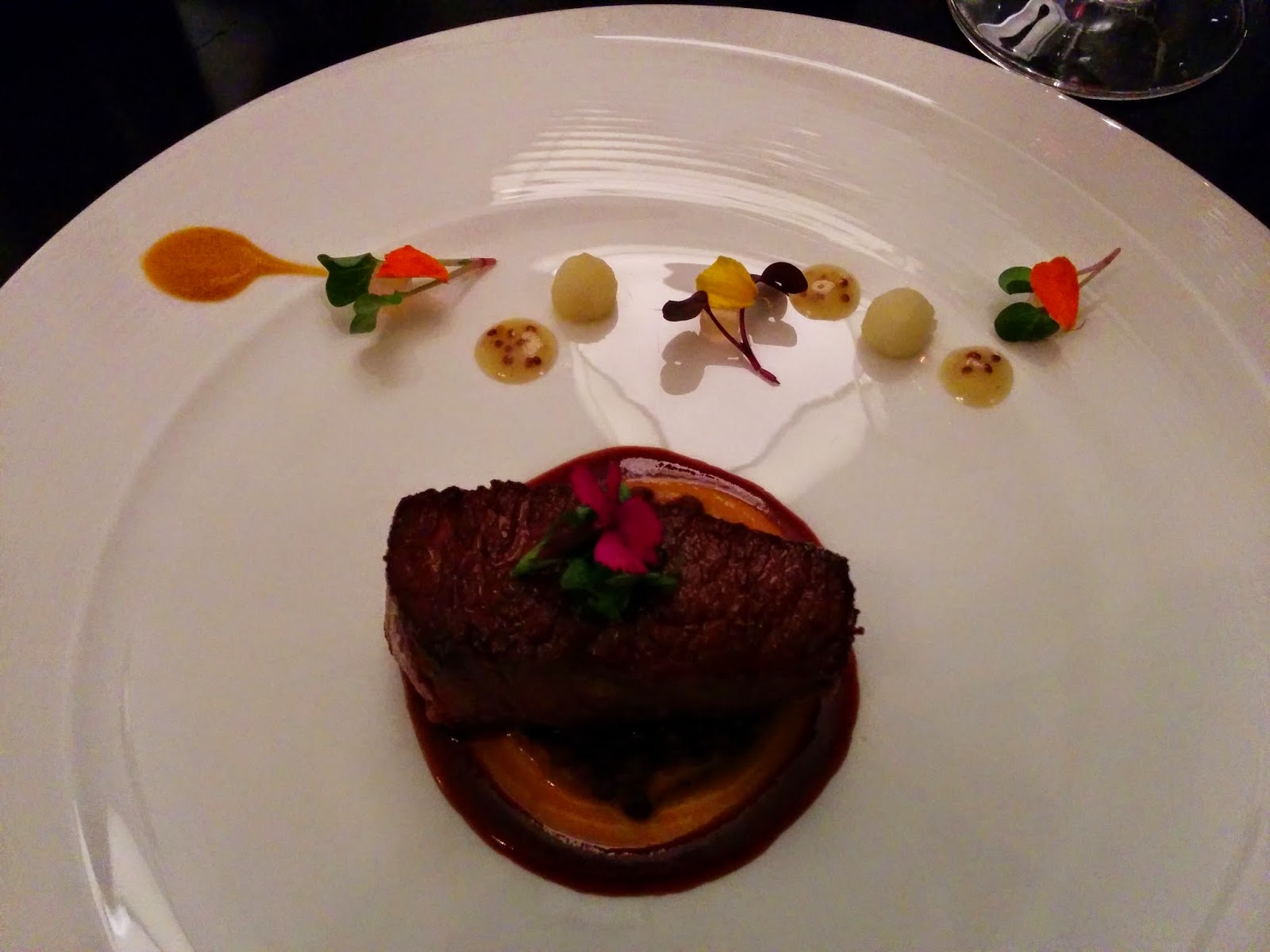 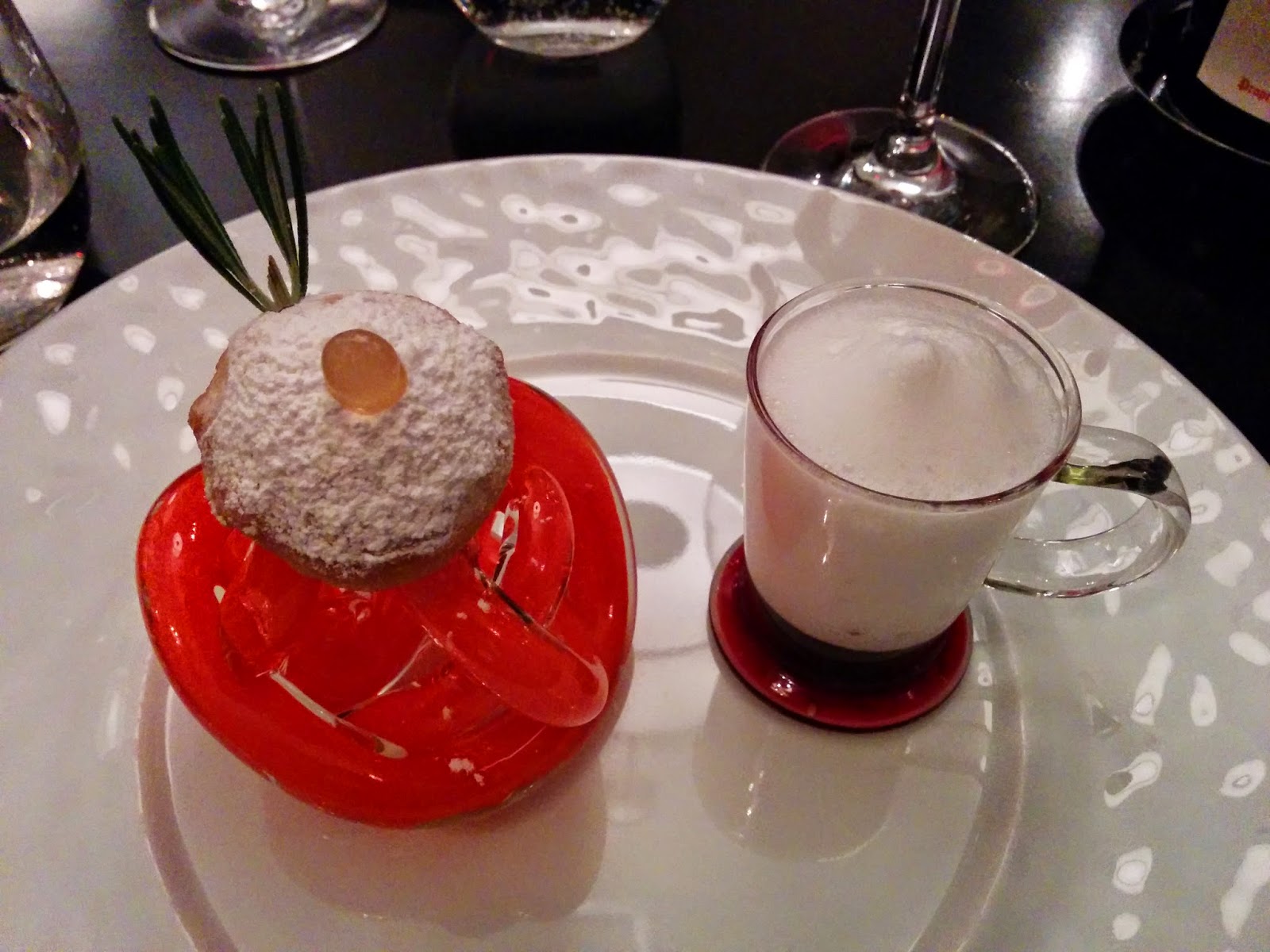 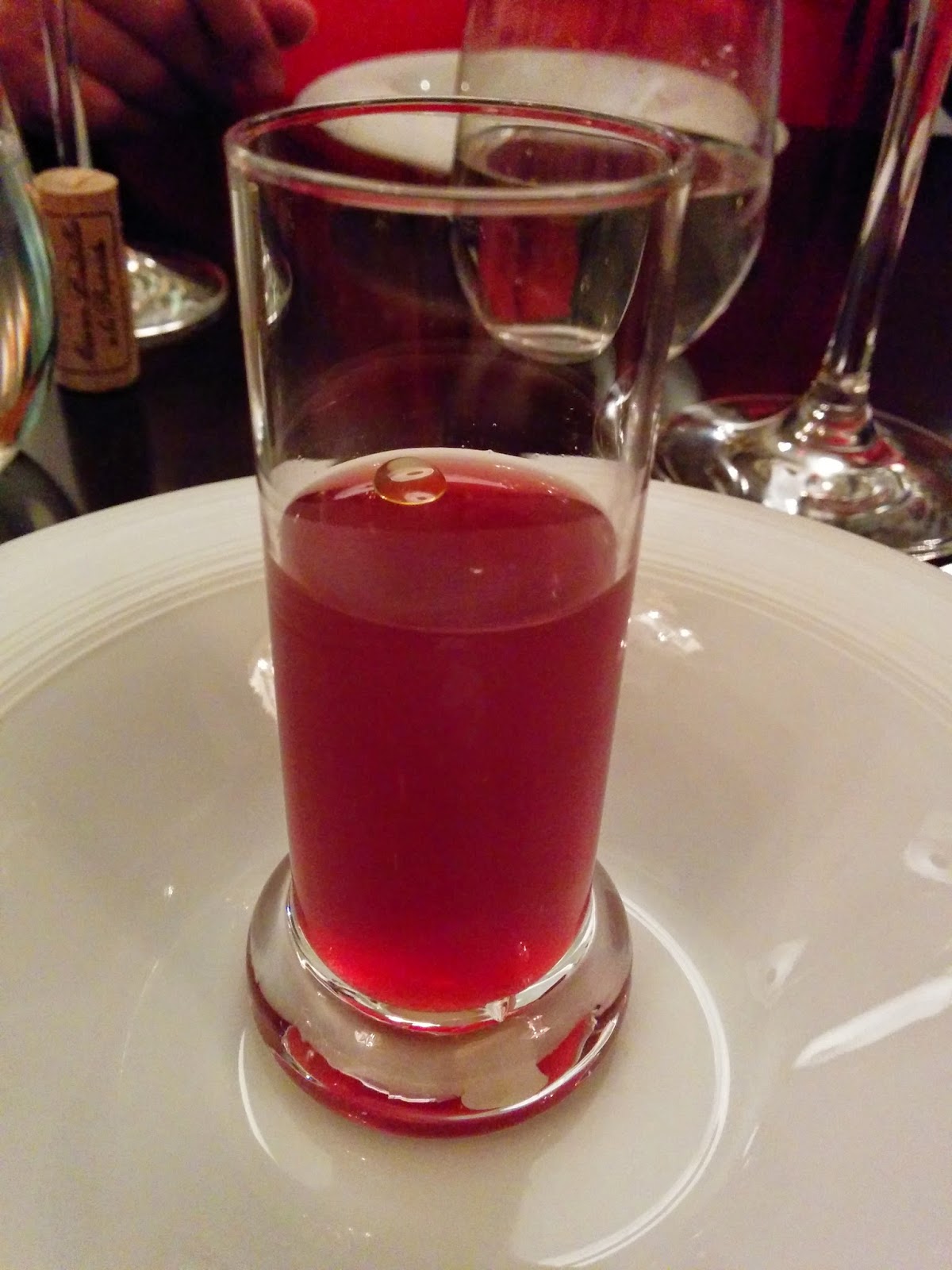 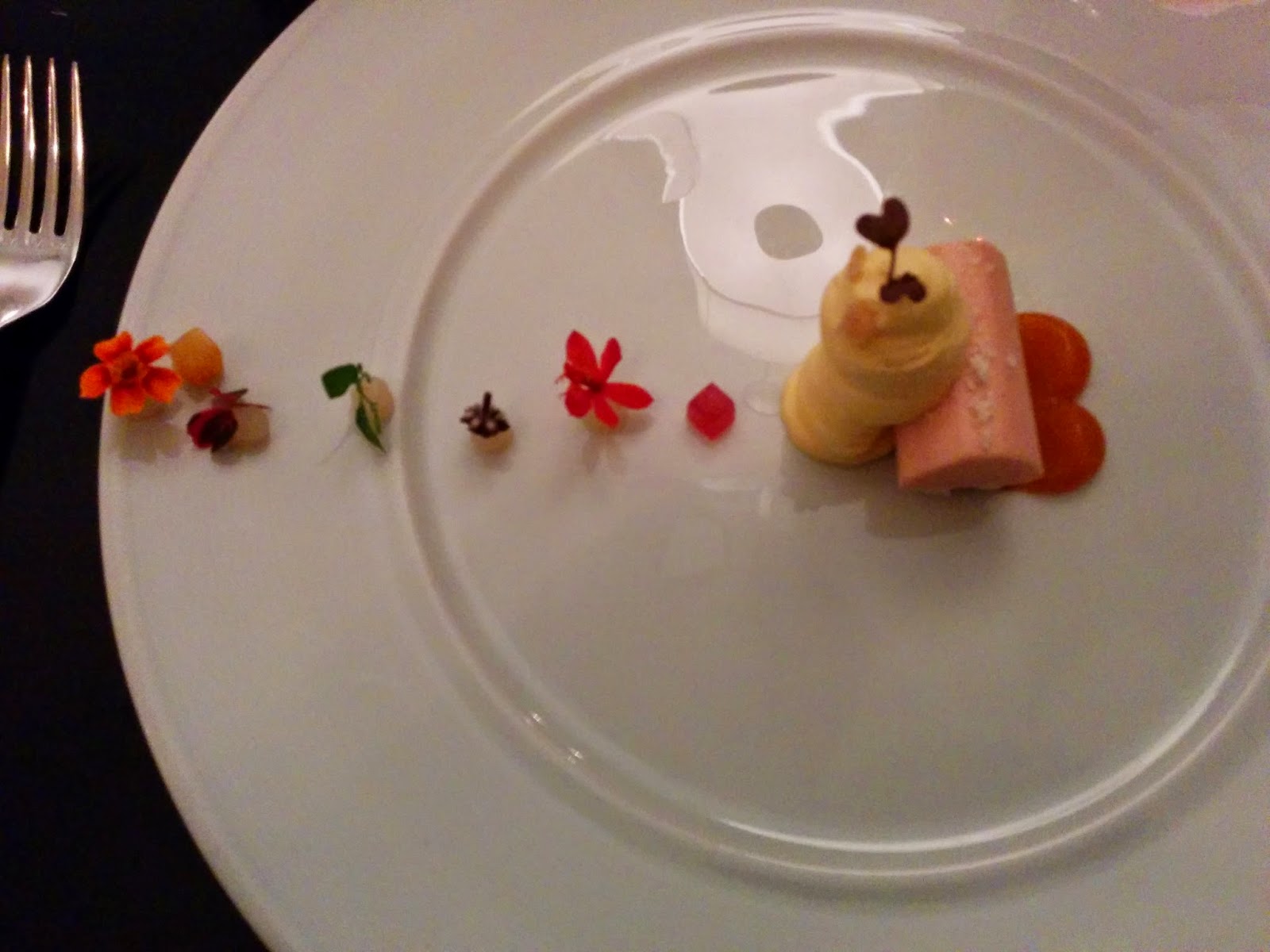 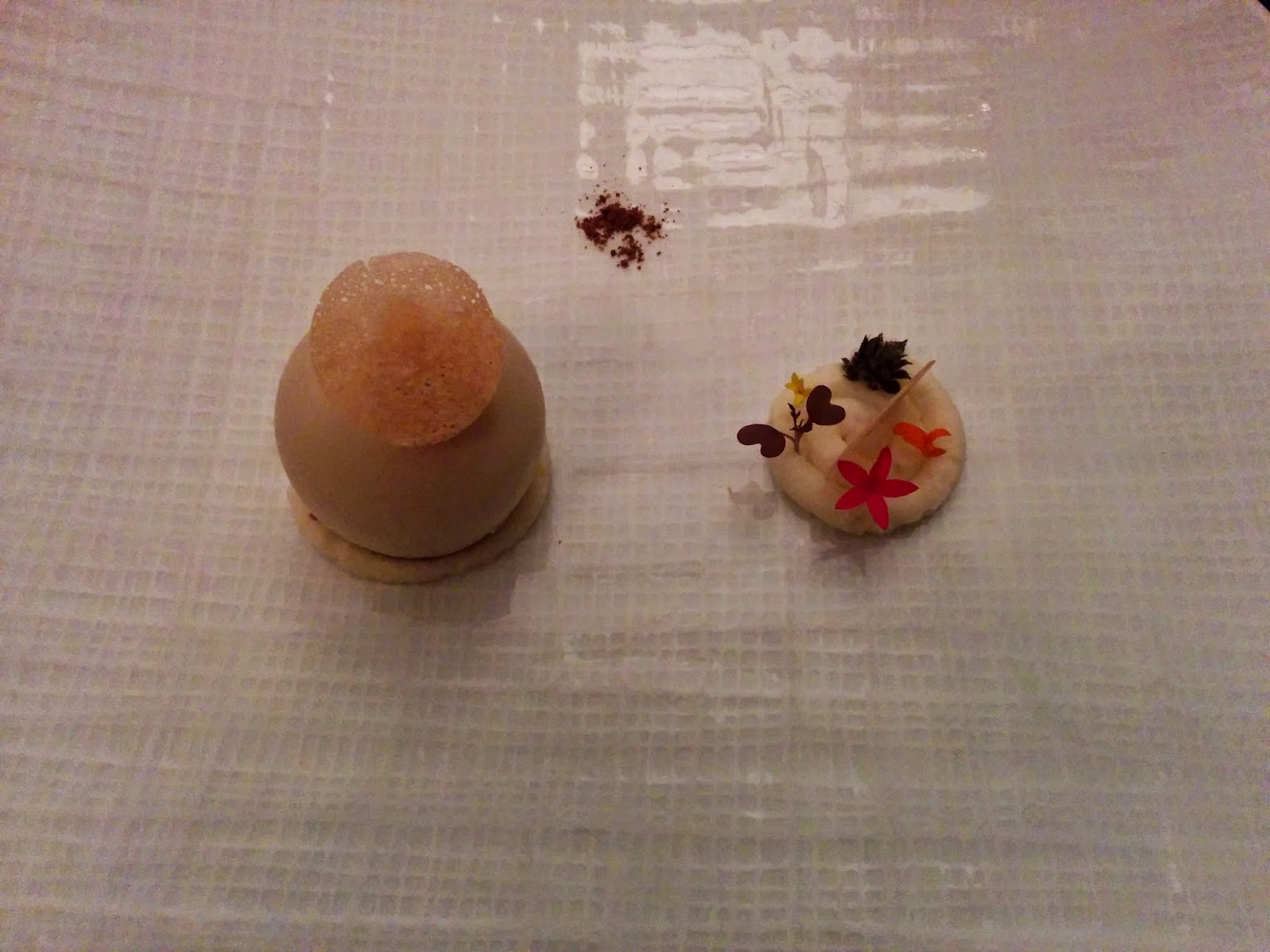 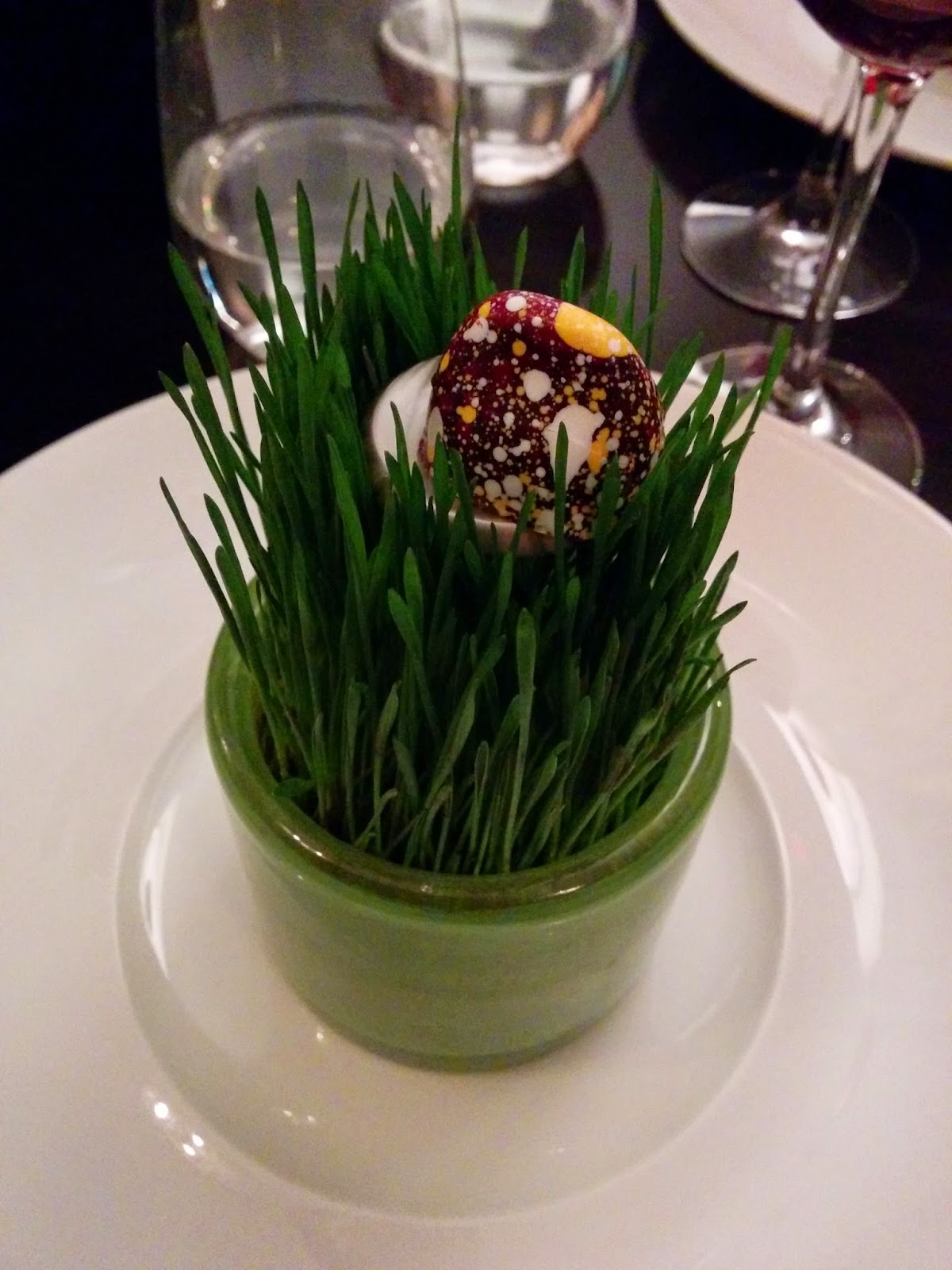 the trade from the "stumps" of birch wood was a nice change and the truffle was fabulous and will soon be ready for sale in the store "next door" down that is really really close to opening - and which will sell the magnificent soups and the truffles (Chris studied as a pastry chef along the way) which are "to-die-for" good!

we headed home after midnight and got up the next day for the next events...two night of theater followed by a tribute concert to Joni Mitchell's Blue album at WFMT....stay tuned because the theater has at least one truly knock out experience...
Posted by TOR at 10:47 AM