not the Patty Duke show

My cousin Michele came to visit and for some reason that song from the Patty Duke show came into my head- "still they're cousins, identical cousins all the way...one pair of matching bookends different as night and day!" sing along with me now- LOL- you know you know this song- just like the Flintstones song everyone of a "certain age" can just fall into the chorus... "While Cathy adores the minuet, ballet russe and crepes Suzette, our Patty like to rock and roll, the hot dog makes her loose control - what a wild duet- still they're cousins..."

well- my cousin Michele and I are not identical cousins- LOL we aren't really even cousins - my actual cousin is her mother. Michele is 25 years younger than I am and almost a foot shorter and maybe weighs dripping wet a third of what I do- she comes from the smaller side of the family and I come from the much larger side- LOL- yes you have recently seen my 6'6" brother next to me- at a shade under 6 feet I am considered tall for my age- LOL but my brother and his kids all are taller than I am...

I never really knew my cousin Michele (who will hereinafter be referred to as Michele- LOL) until she was nearly finished with law school.  We got acquainted later - as she was starting her career as an attorney and I was looking to end mine... but we really hit it off and became friends who just happened to be related to each other.  How nice is that? makes me smile just putting that thought down on e-paper so to speak...

Michele moved to Miami a few years back - around the time we started spending our winters in Florida and so we've gotten to see her at least once or twice a winter for the last five years... In January we went to Miami and saw her and last weekend she came up to visit us.  We don't usually make a lot of plans because it is just nice to hangout and spend time with each other but this visit she said she wanted to see Snooty- and being 66 as he is- we don't know if he will be here another 25 years or 2.5 years.... it's a mystery... so we take every opportunity to see him that we can.

She arrived on Friday evening and Saturday morning we went to the South Florida Museum in time for the Snooty feeding at 11:15 and then a show at the planetarium before heading home to pick up Phil and have lunch at Star Fish Company in Cortez.  Our Saturday dinner was at Harry's and on Sunday she and I checked out the local exhibit on Da Vinci and Michelangelo at the Municipal Auditorium before getting Phil for lunch at the Riverhouse Reef & Grill - then she headed back in the mid afternoon to Miami.  It was - as always- great to spend time together.  My cousin is smart and funny (dry humor funny, like I think I am- LOL) and beautiful- so what's not to like? 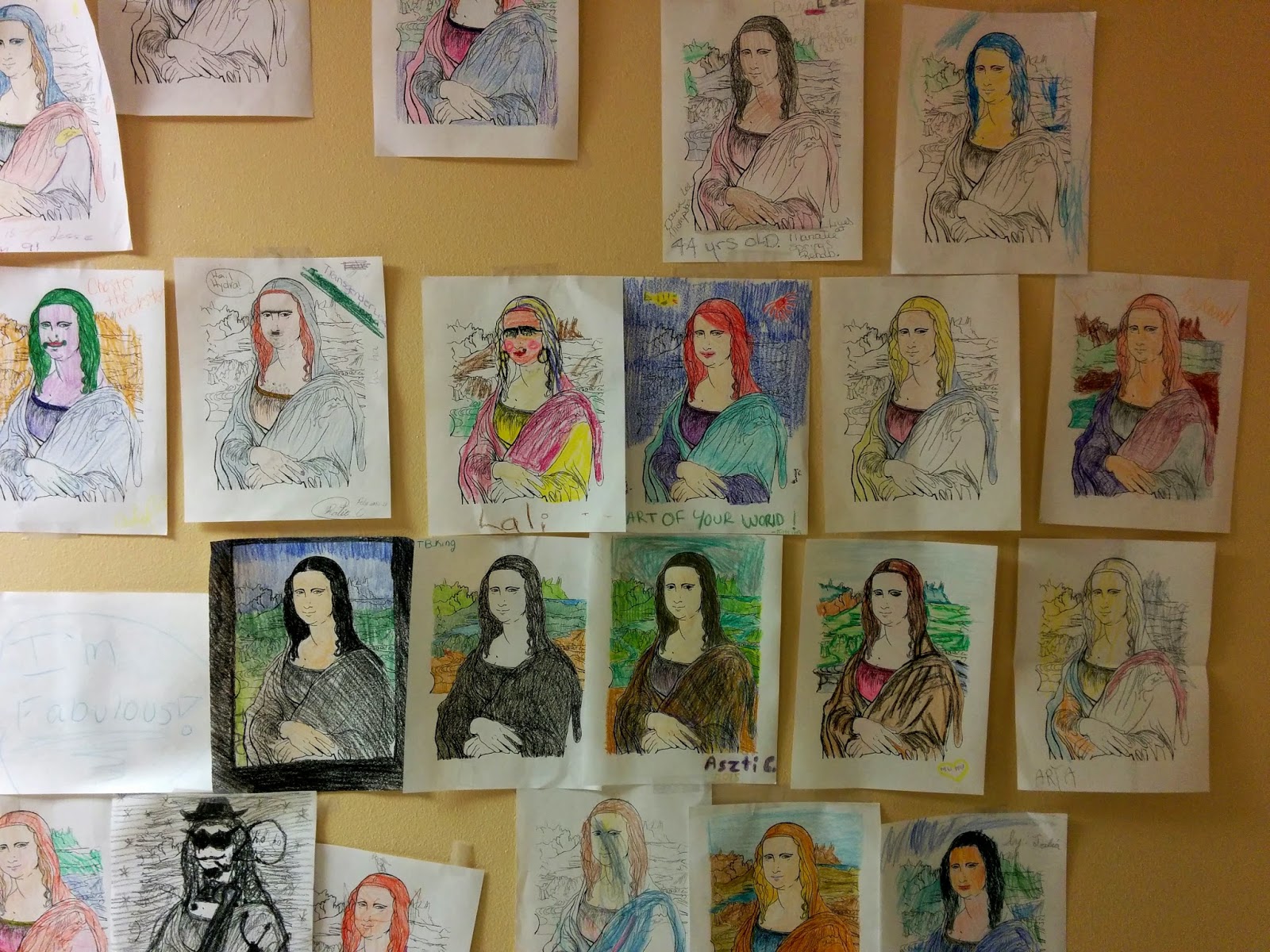 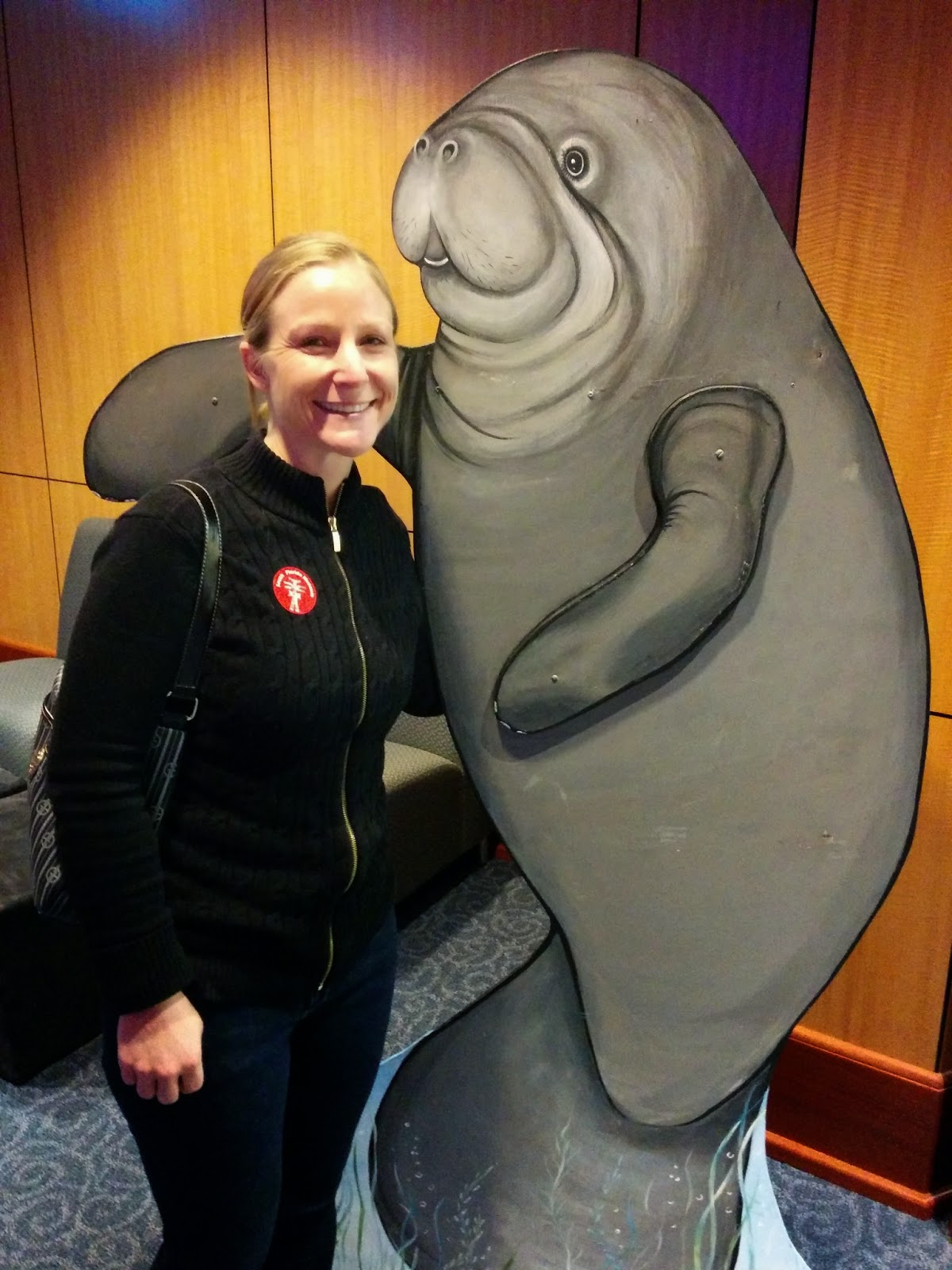 then a couple from various exhibits at the museum- 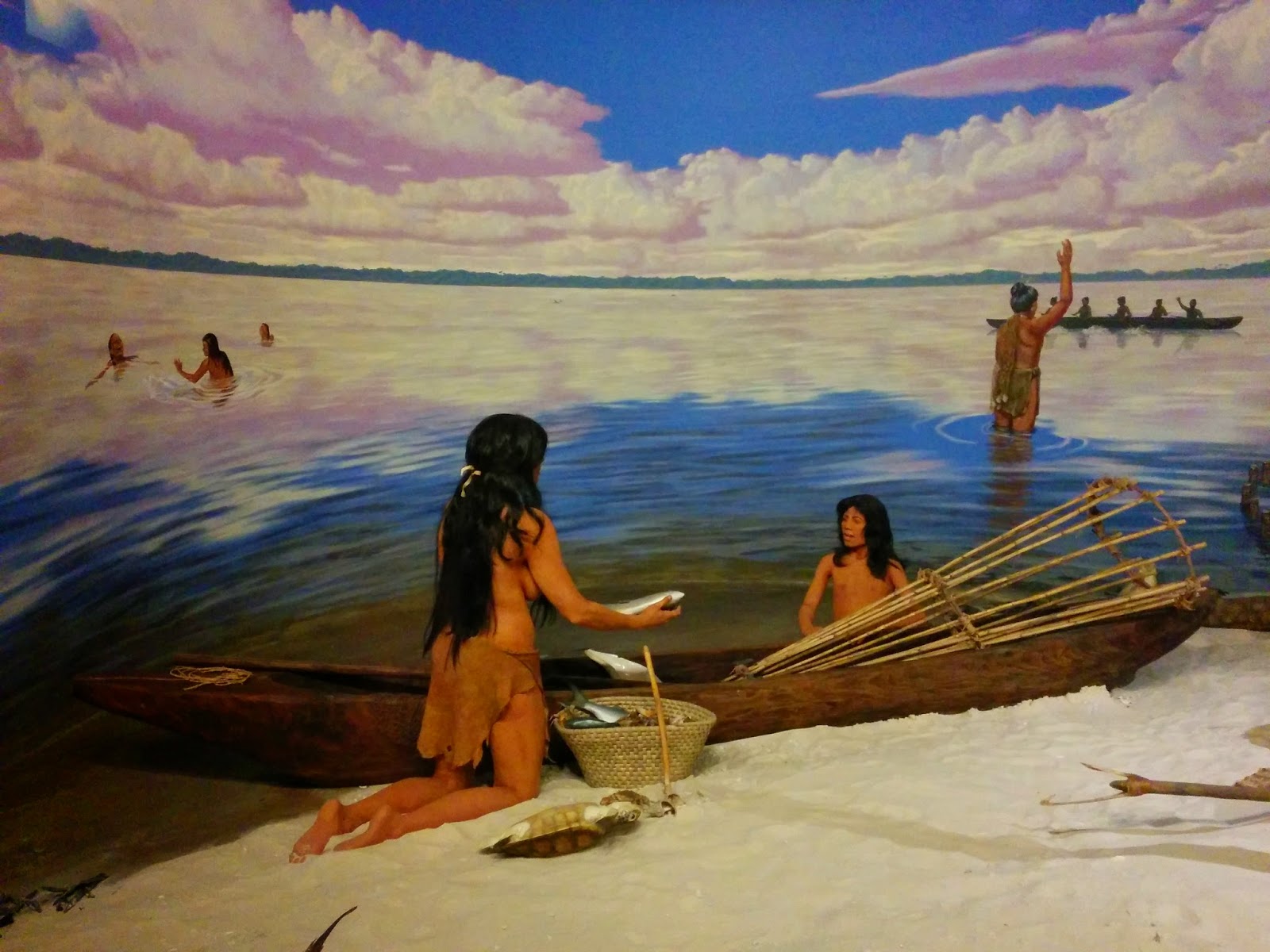 this one was from a photography exhibit - the little guy was peeking out of an old beer can that had corroded- isn't he just the cutest? (the actual photograph was in focus - it was my cell phone that couldn't adjust because of the reflection on the glass) 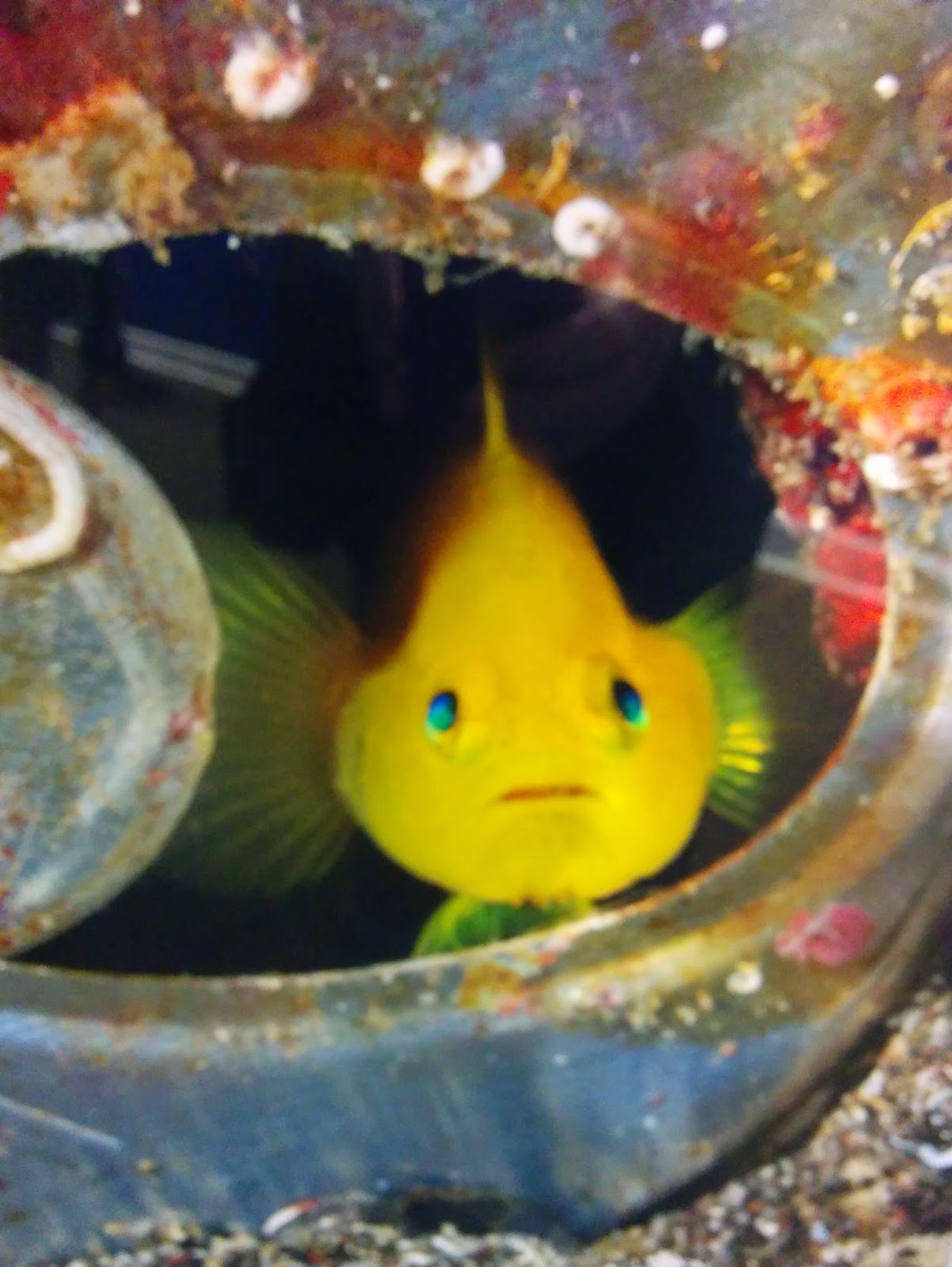 then it was off to Star Fish Company for lunch- excellent as usual! 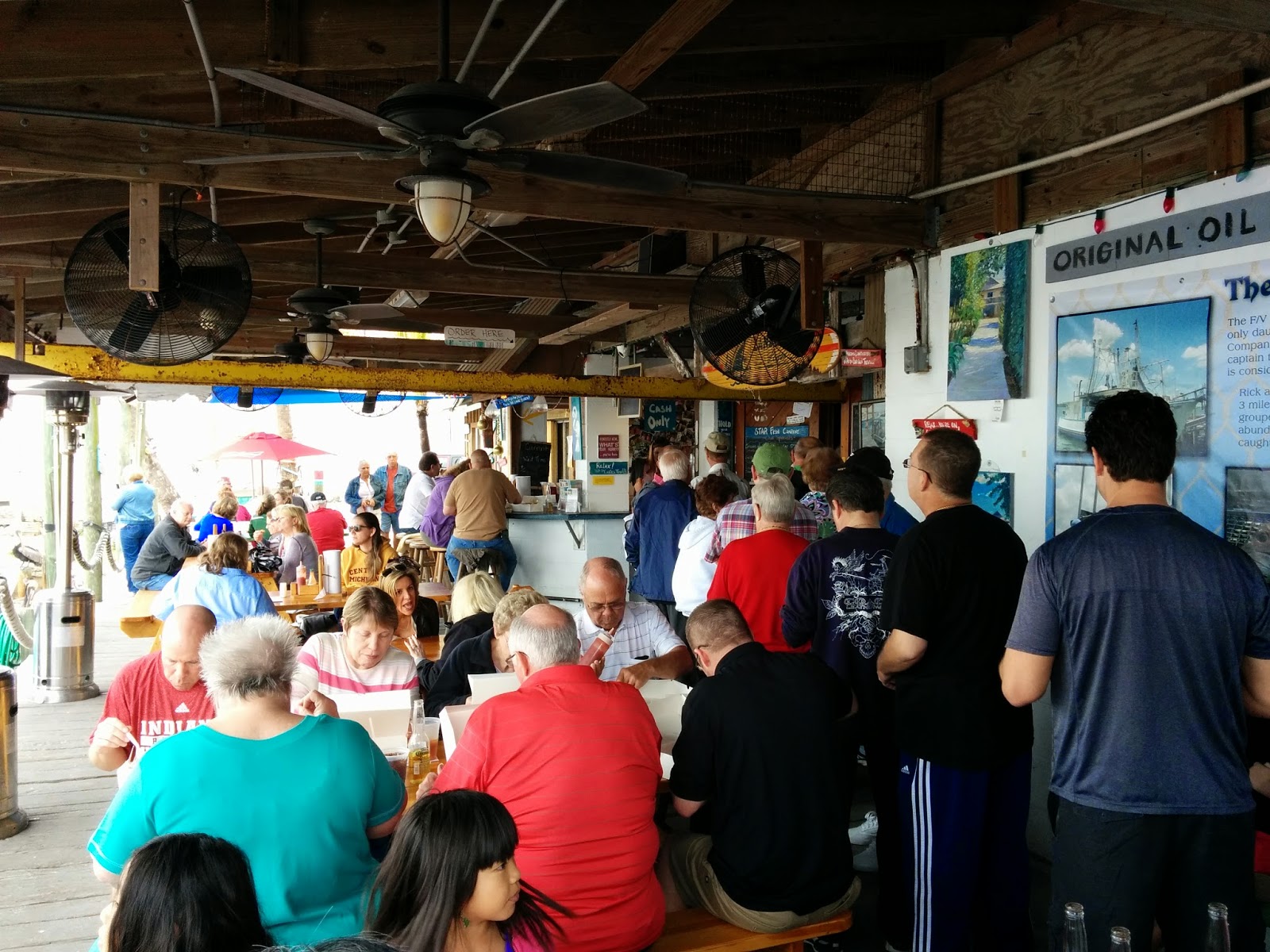 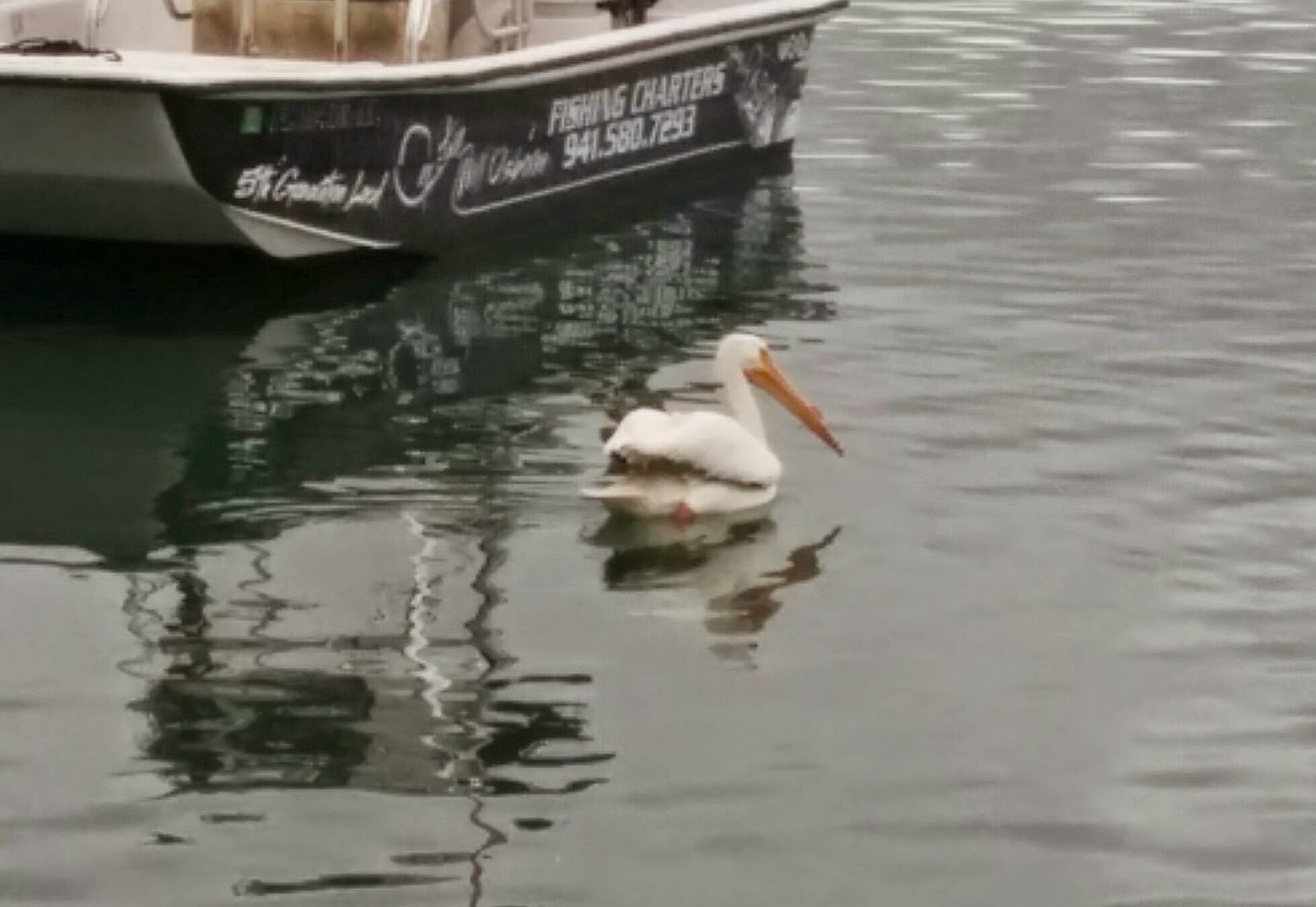 the Sunday activity- the Michelangelo and Da Vinci show- 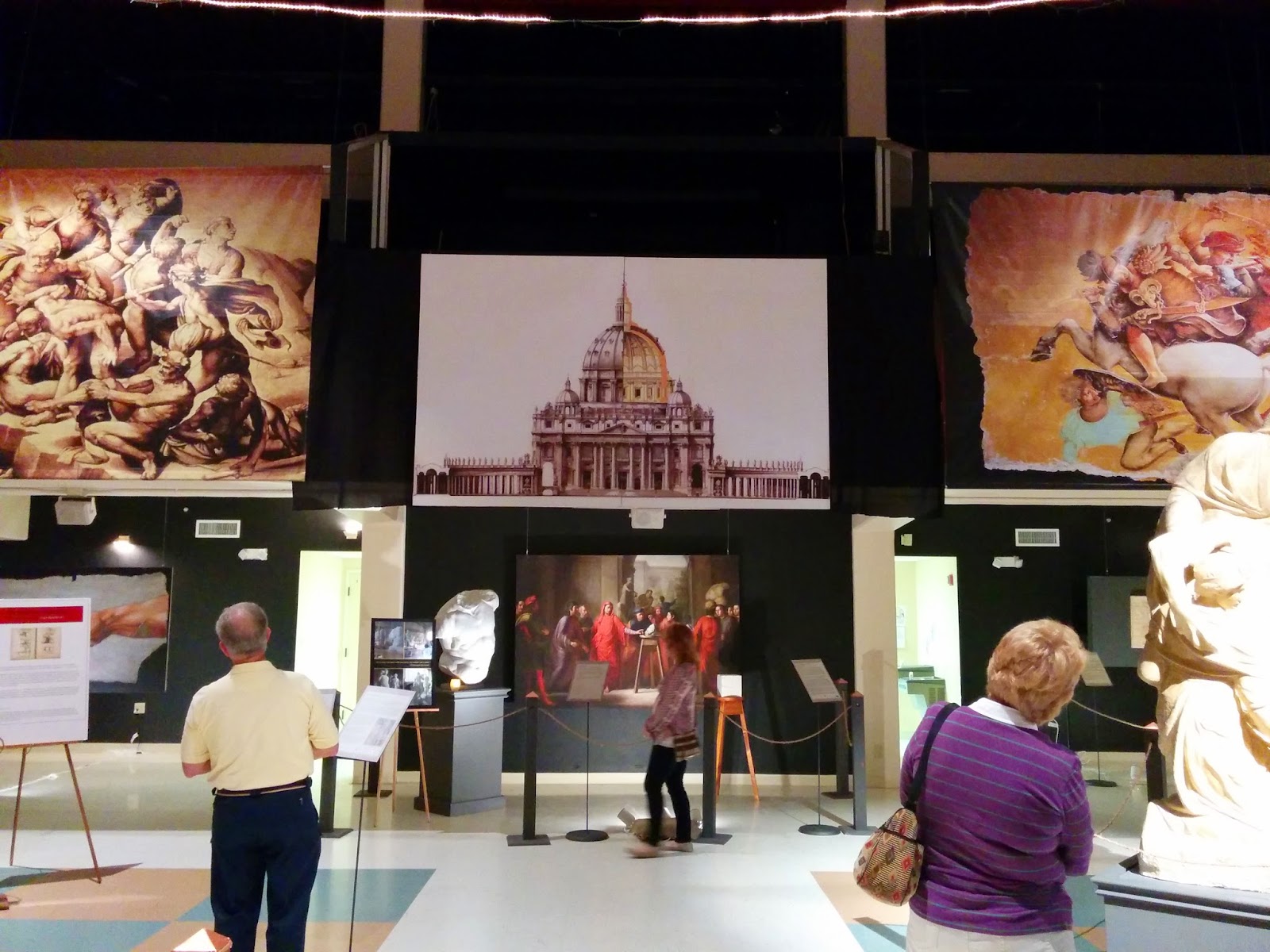 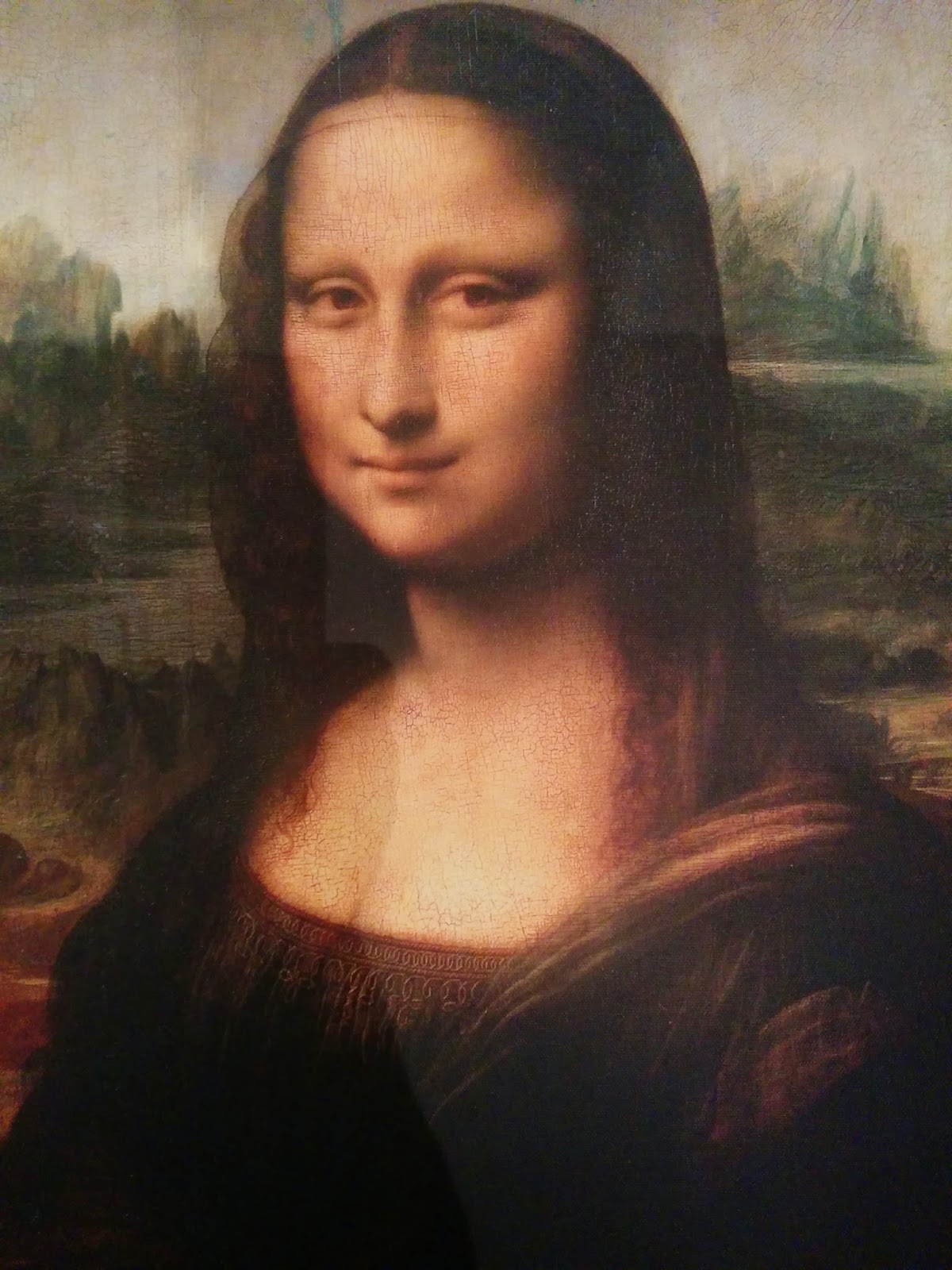 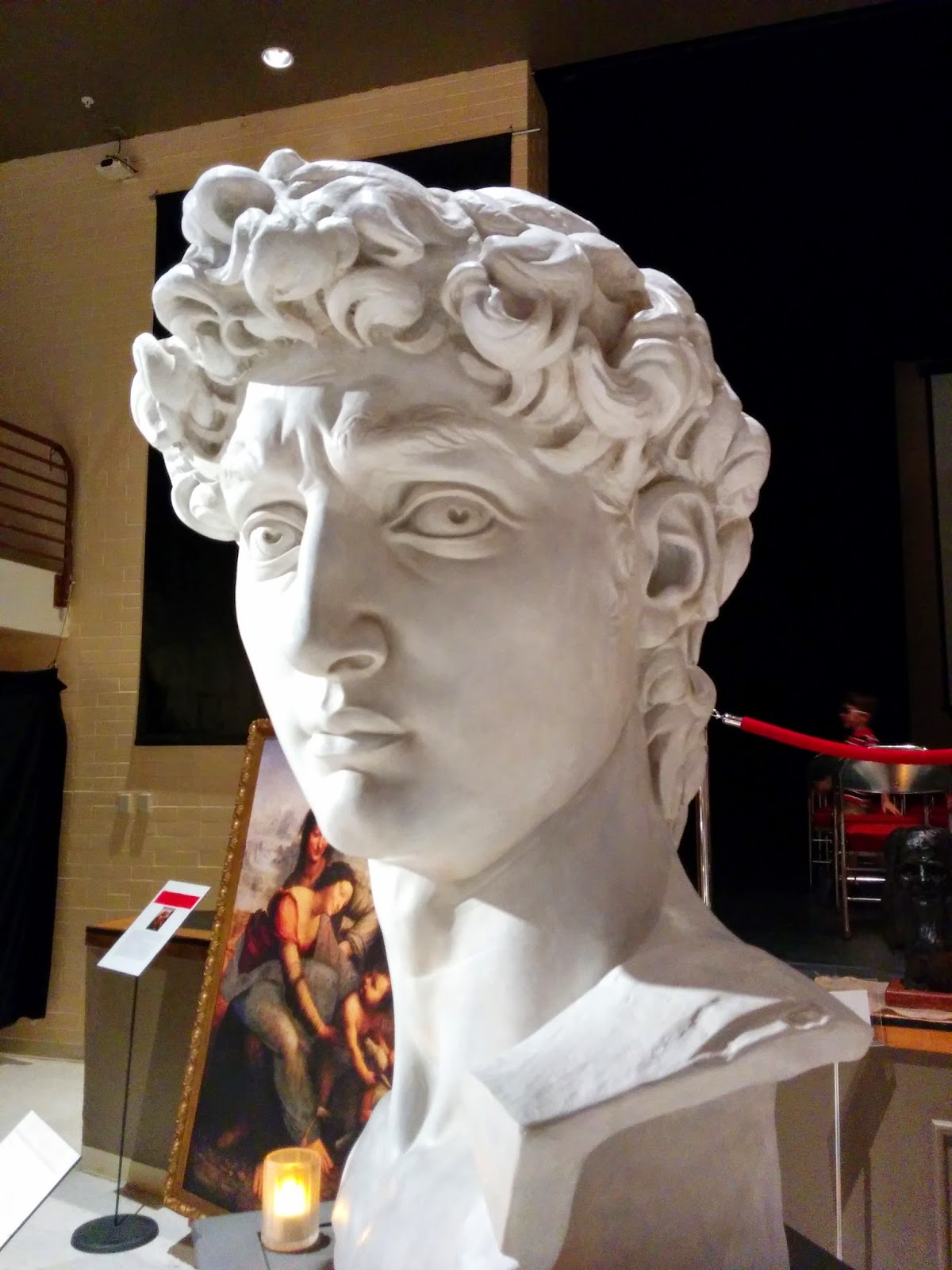 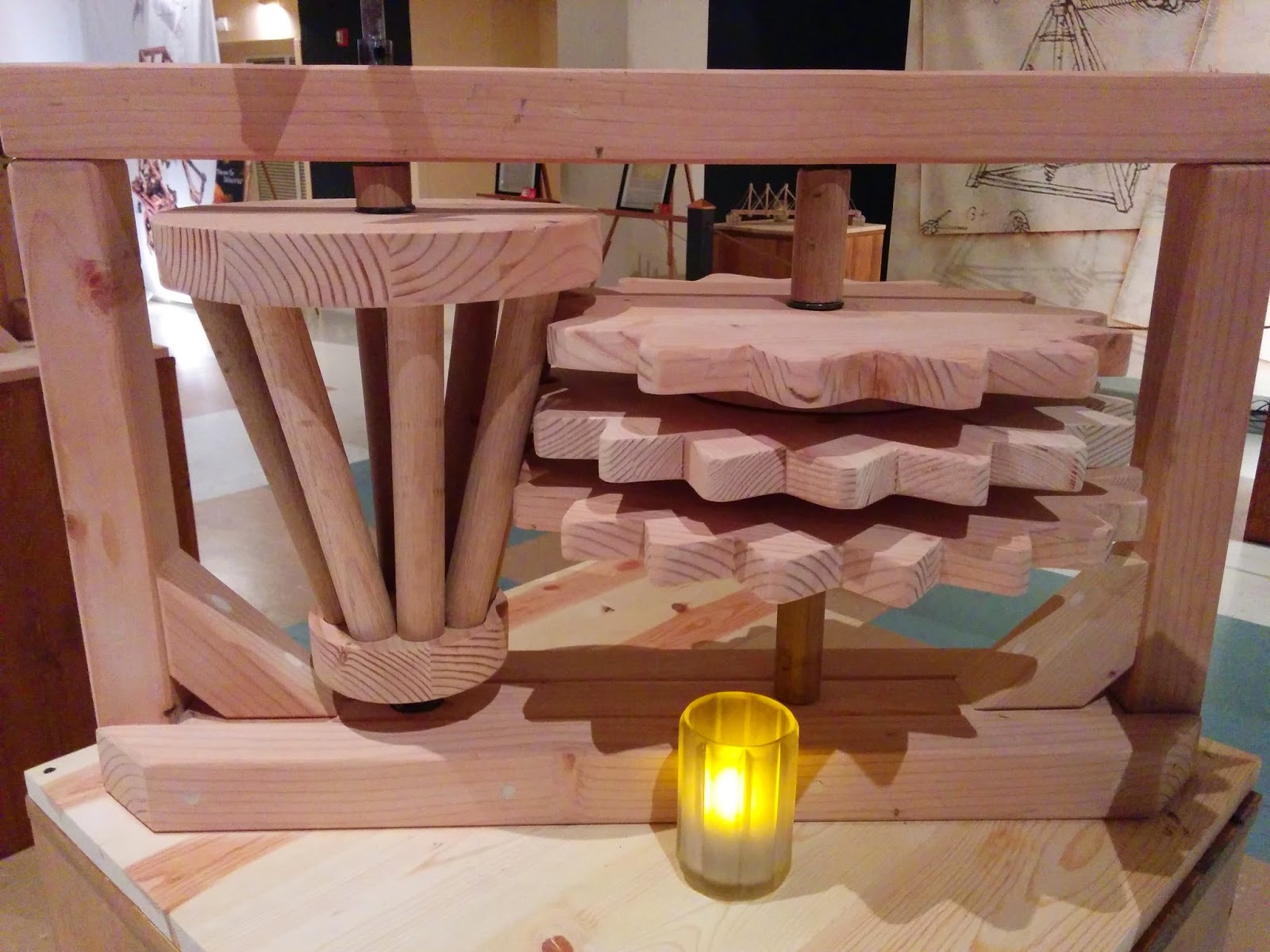 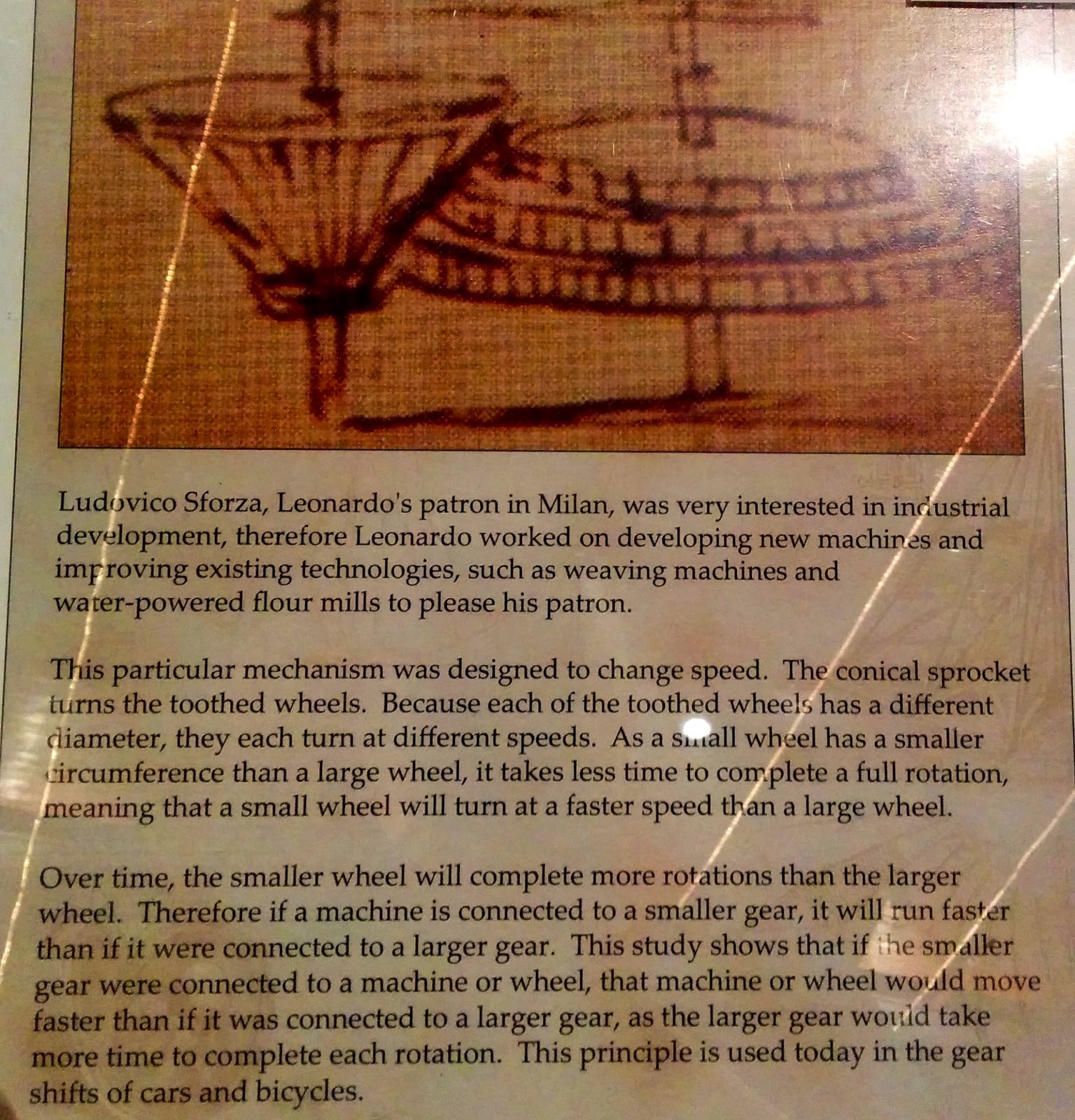 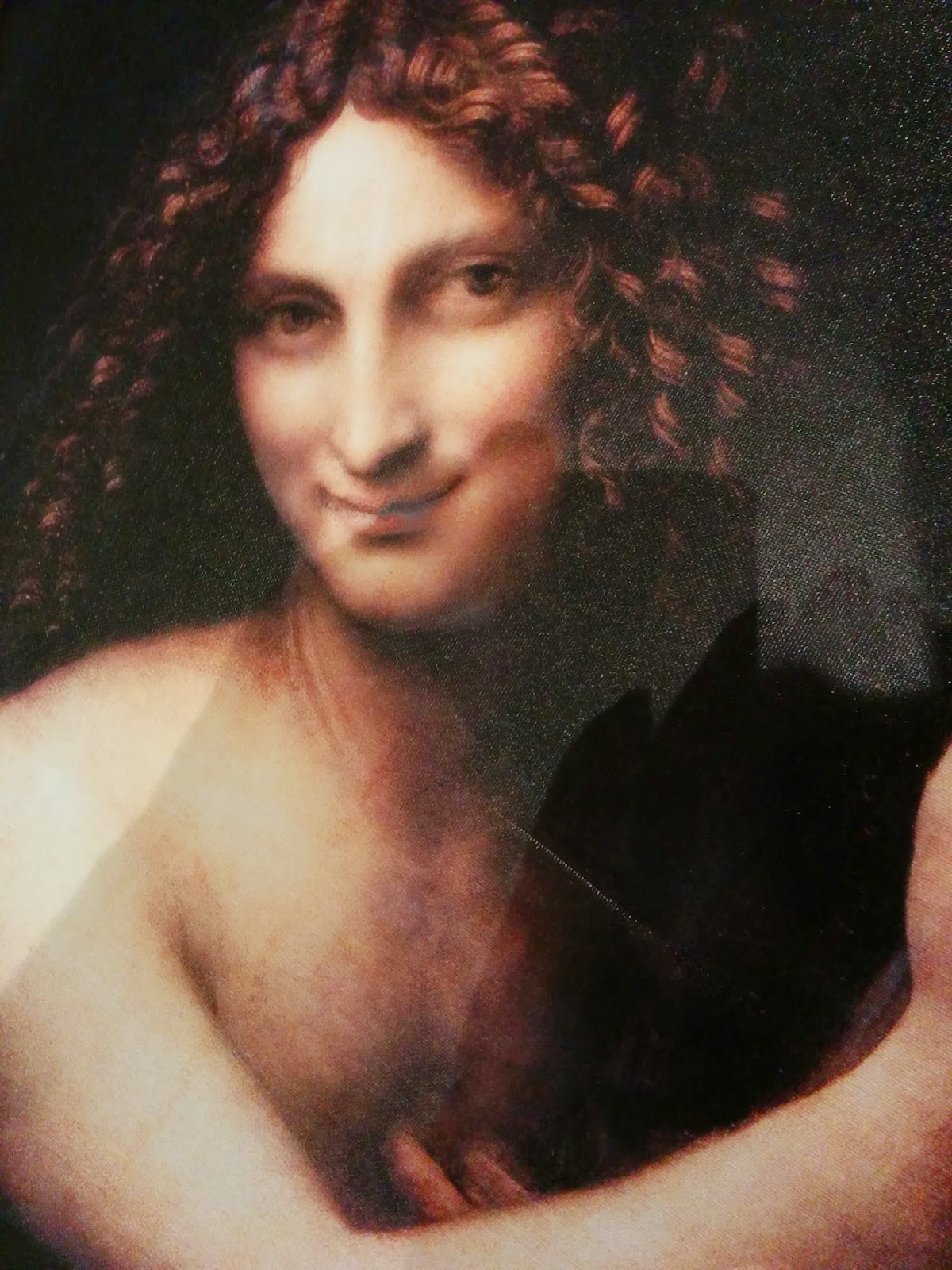 this blurb is about the above painting- 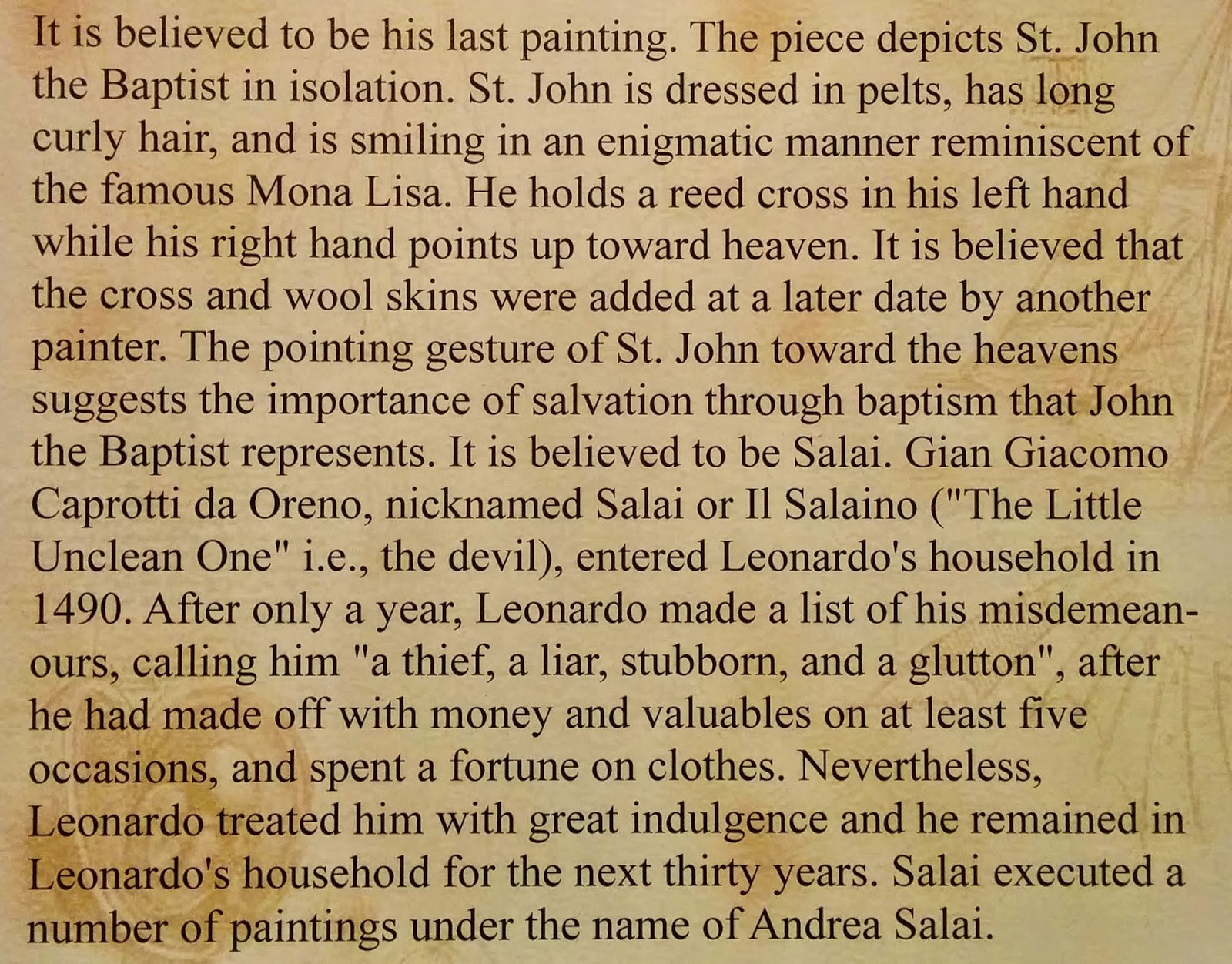 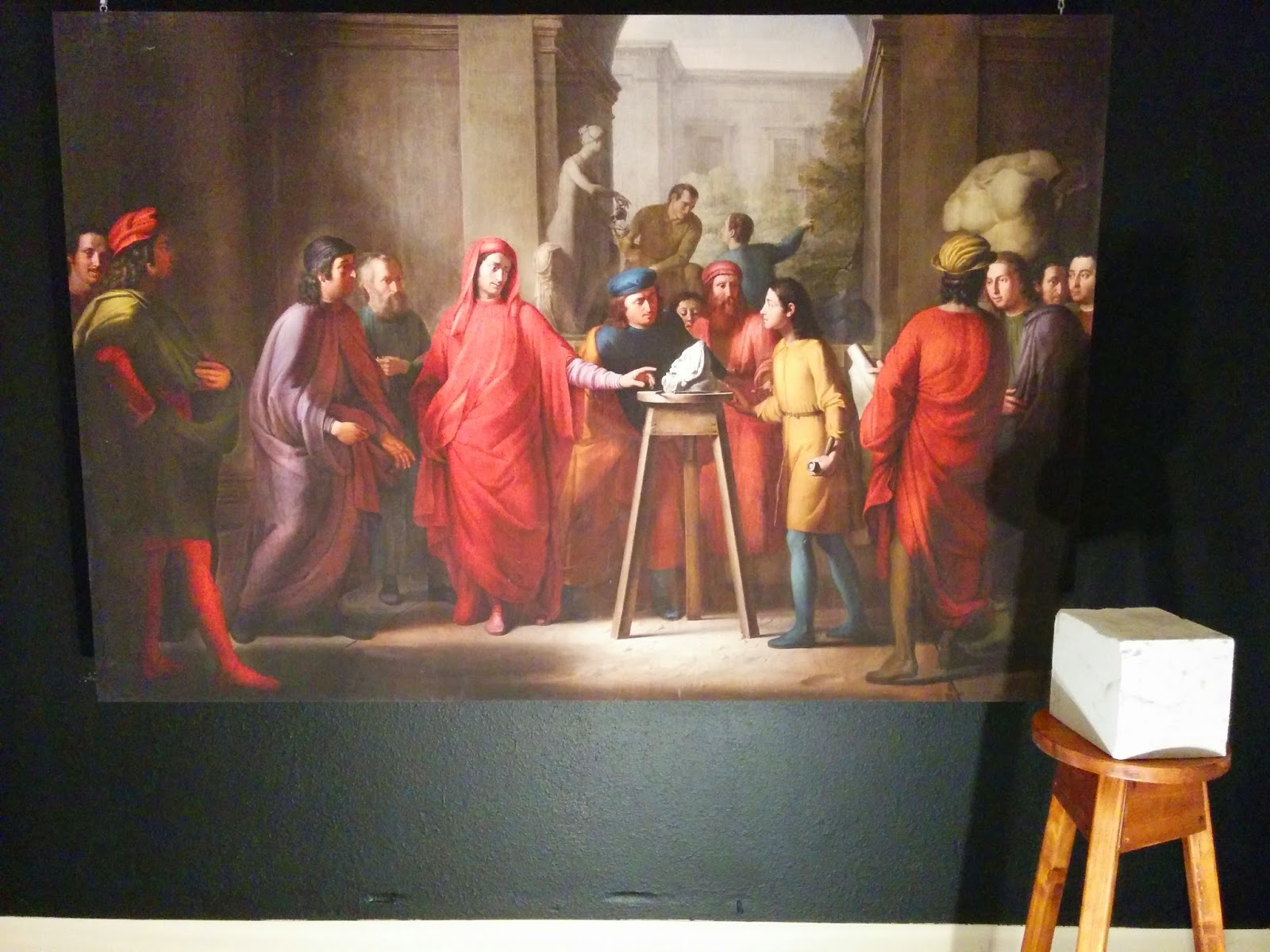 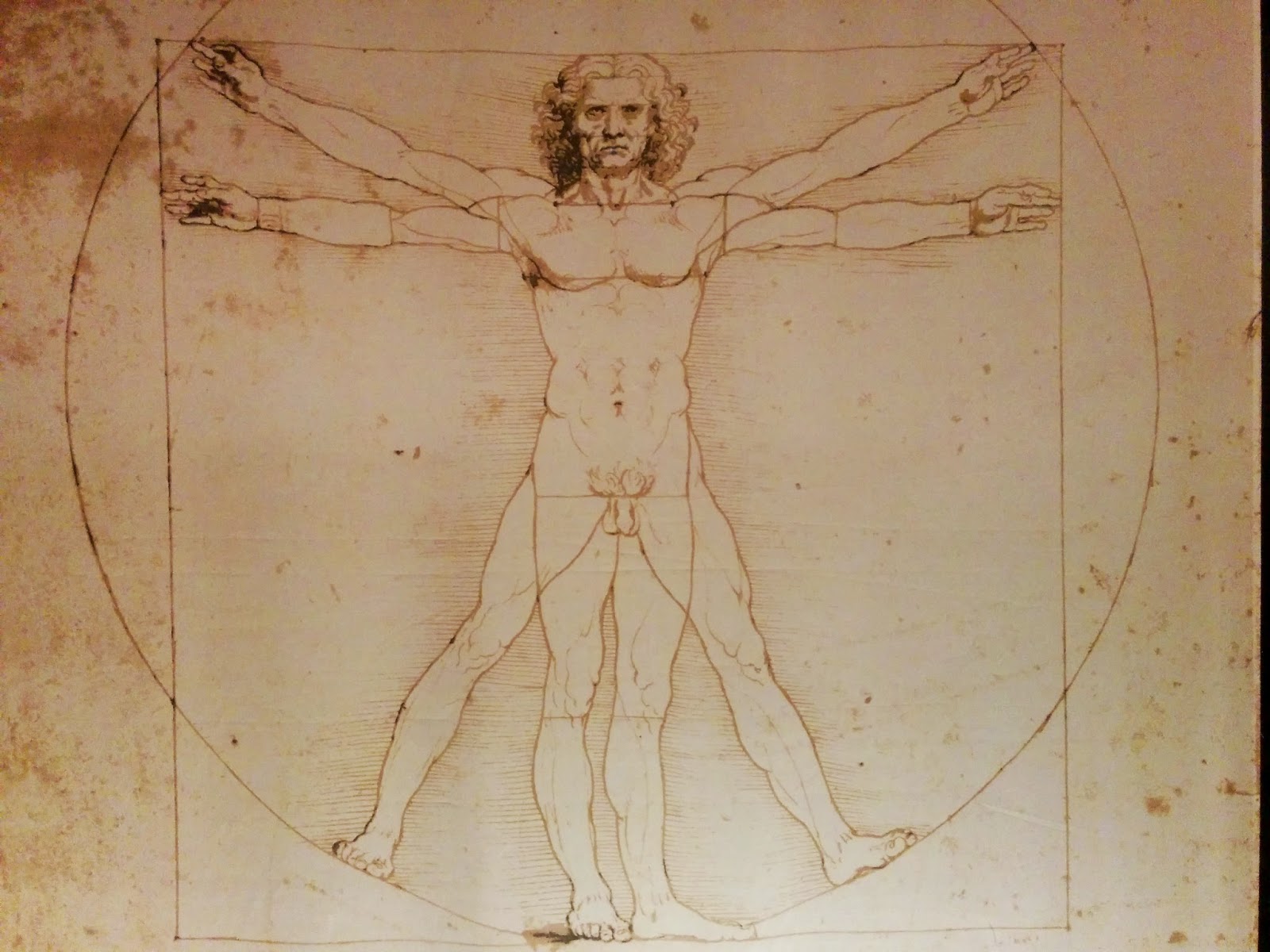 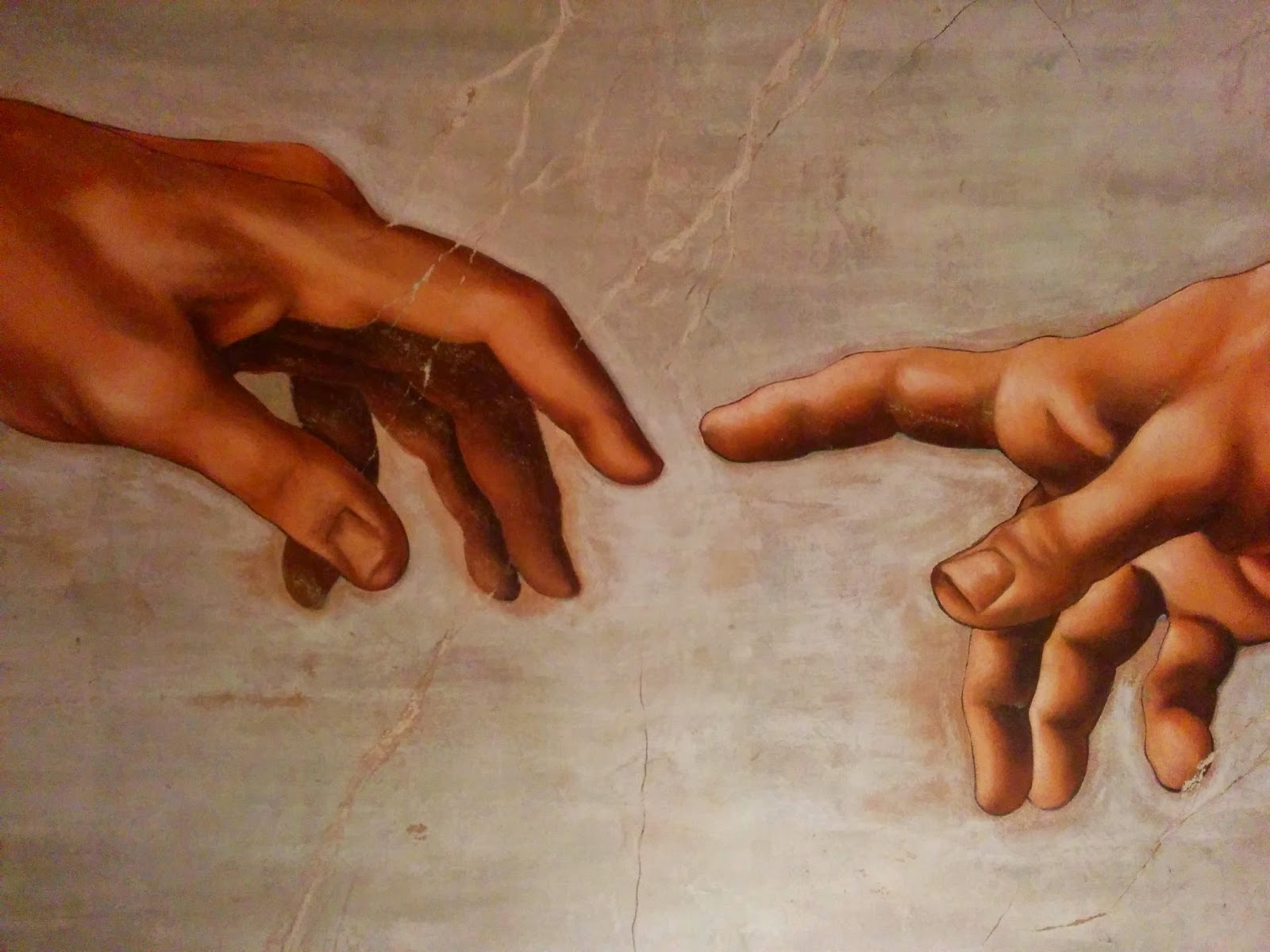 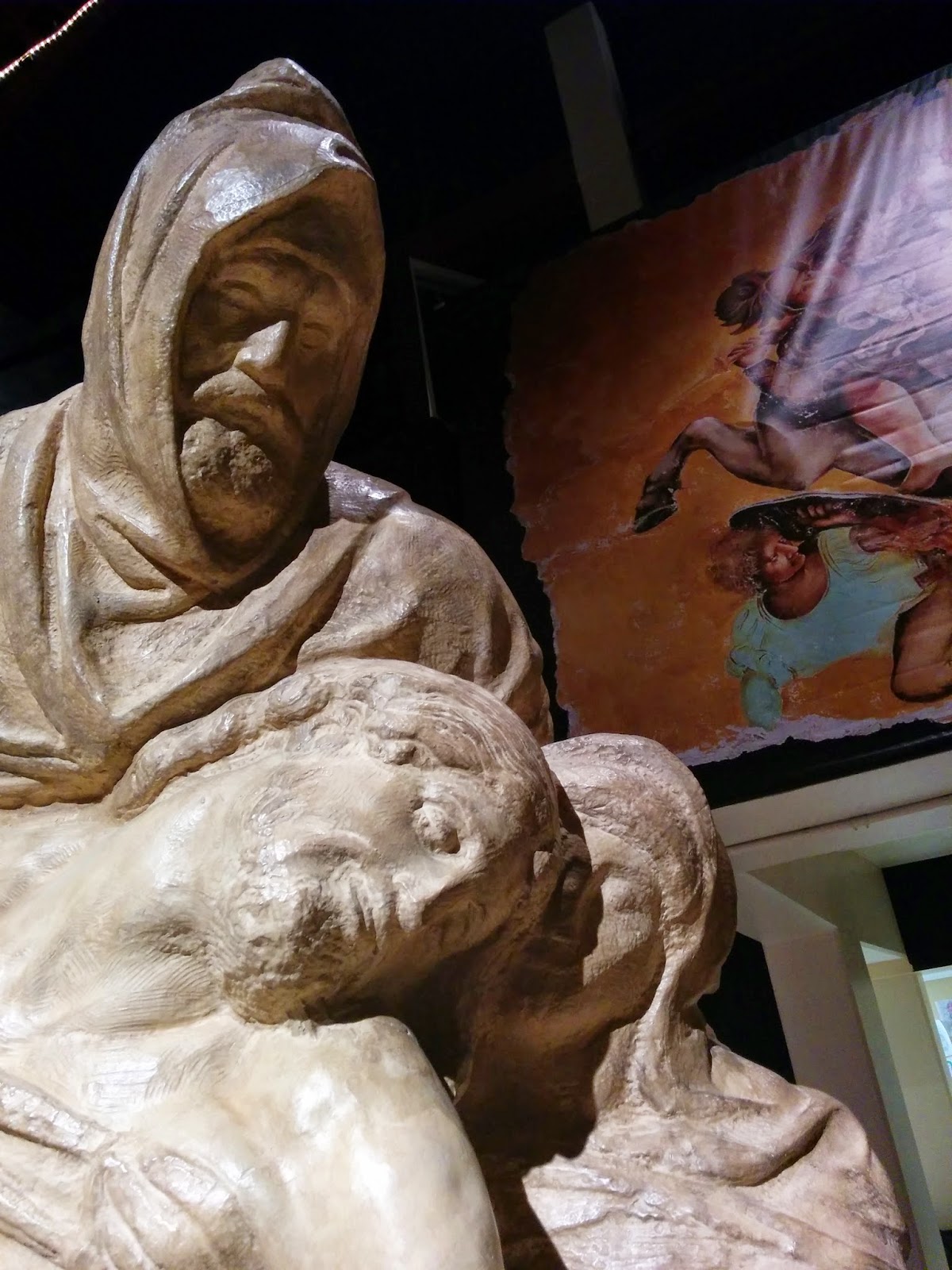 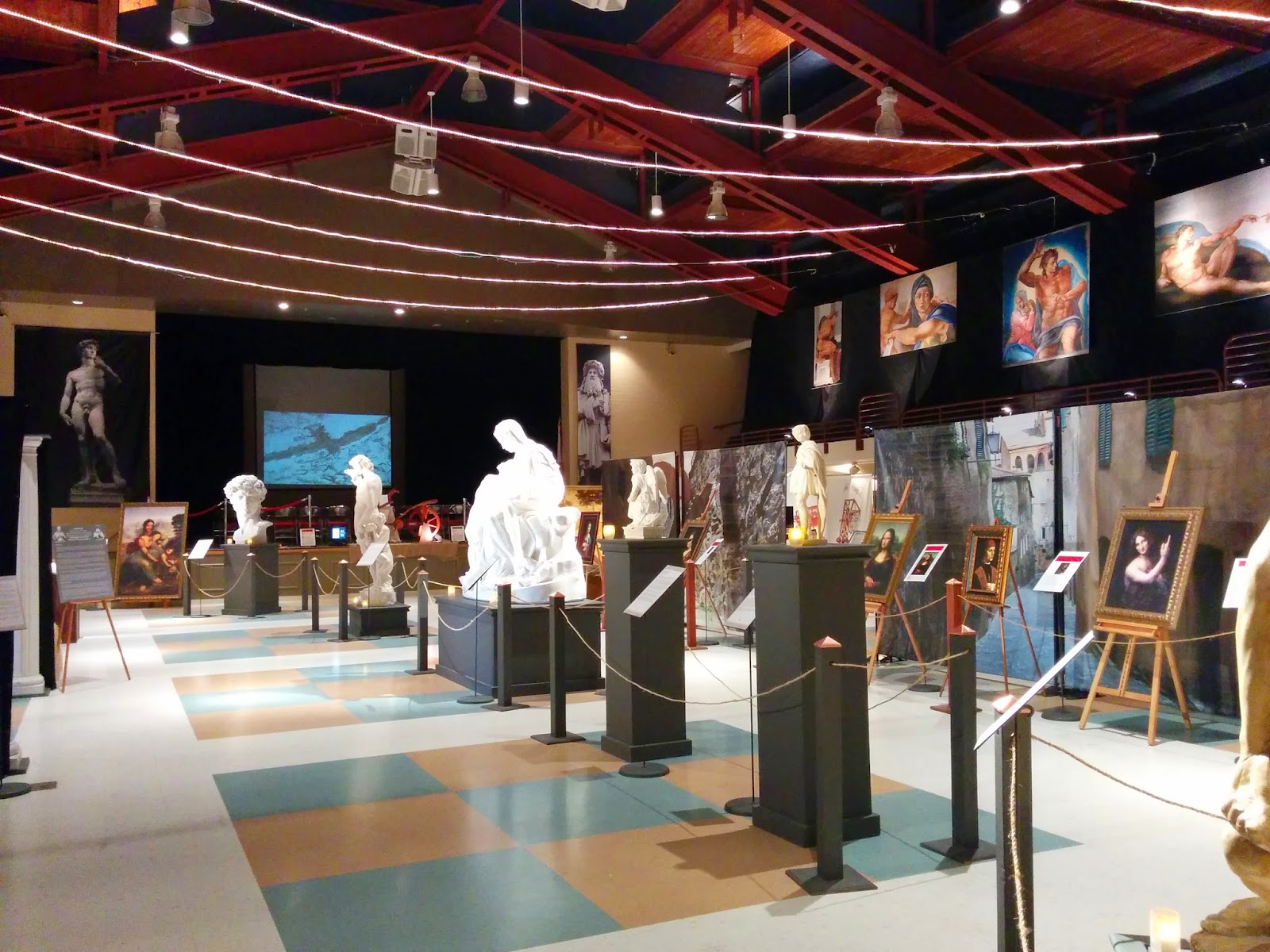 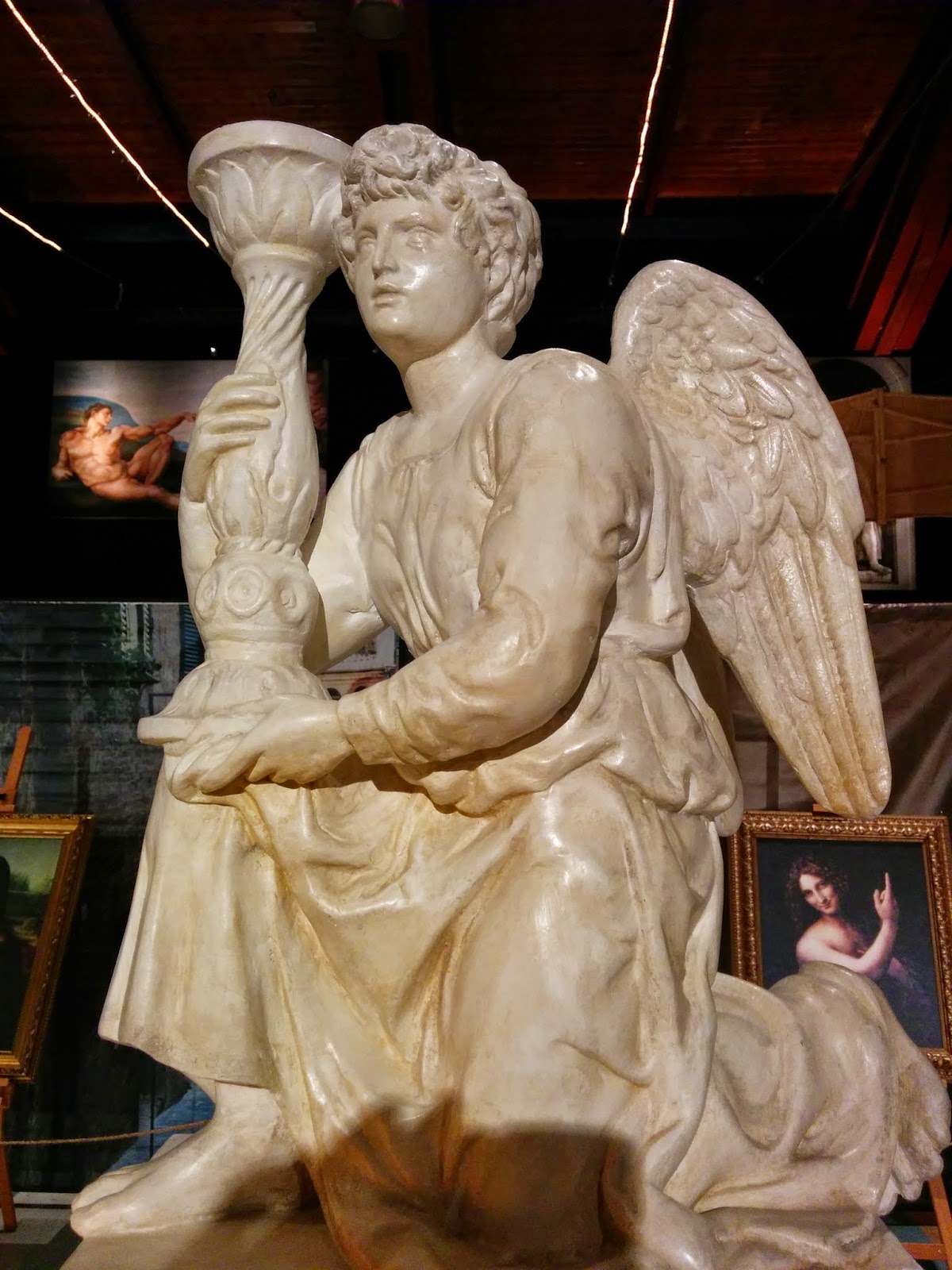 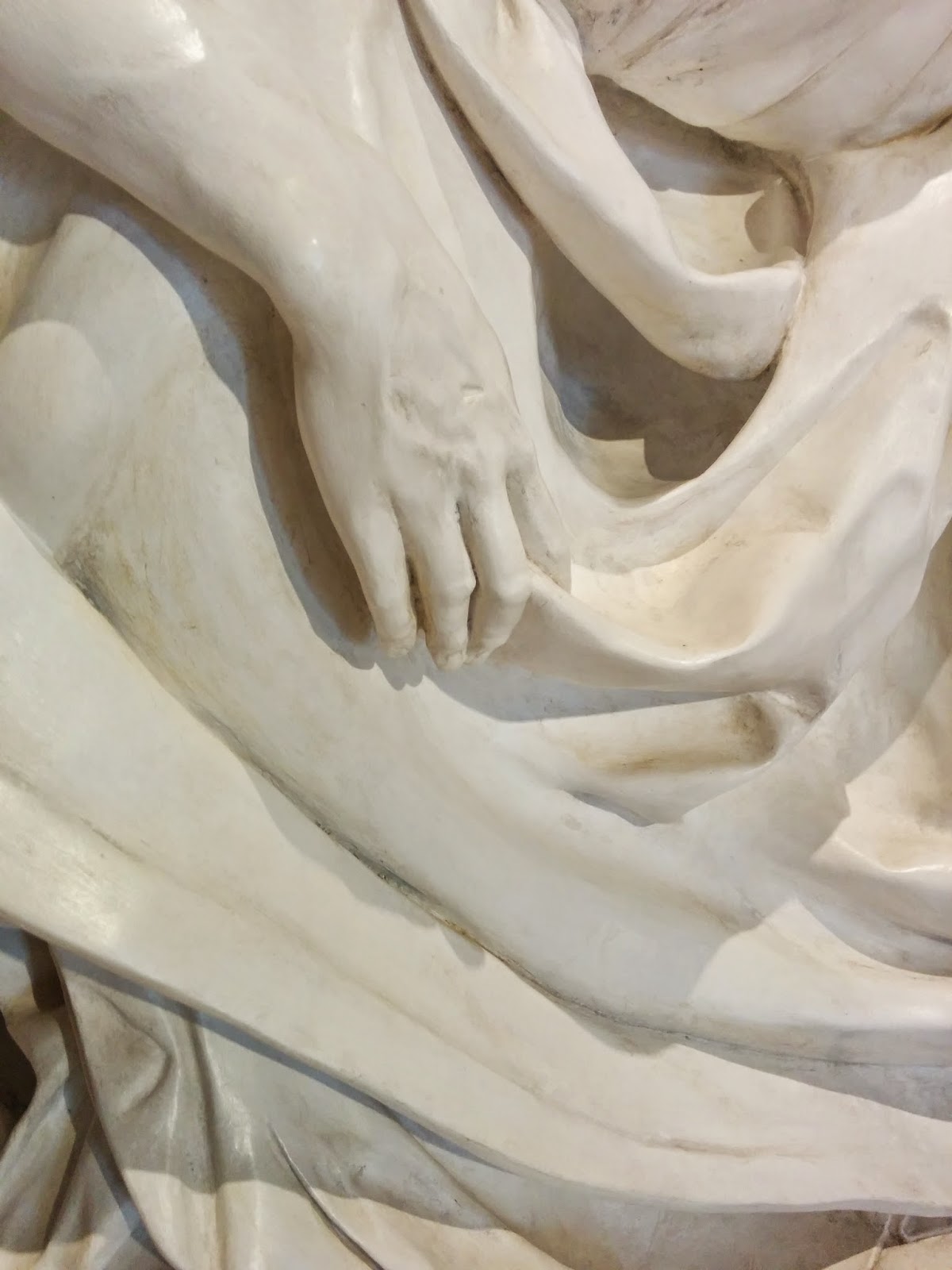 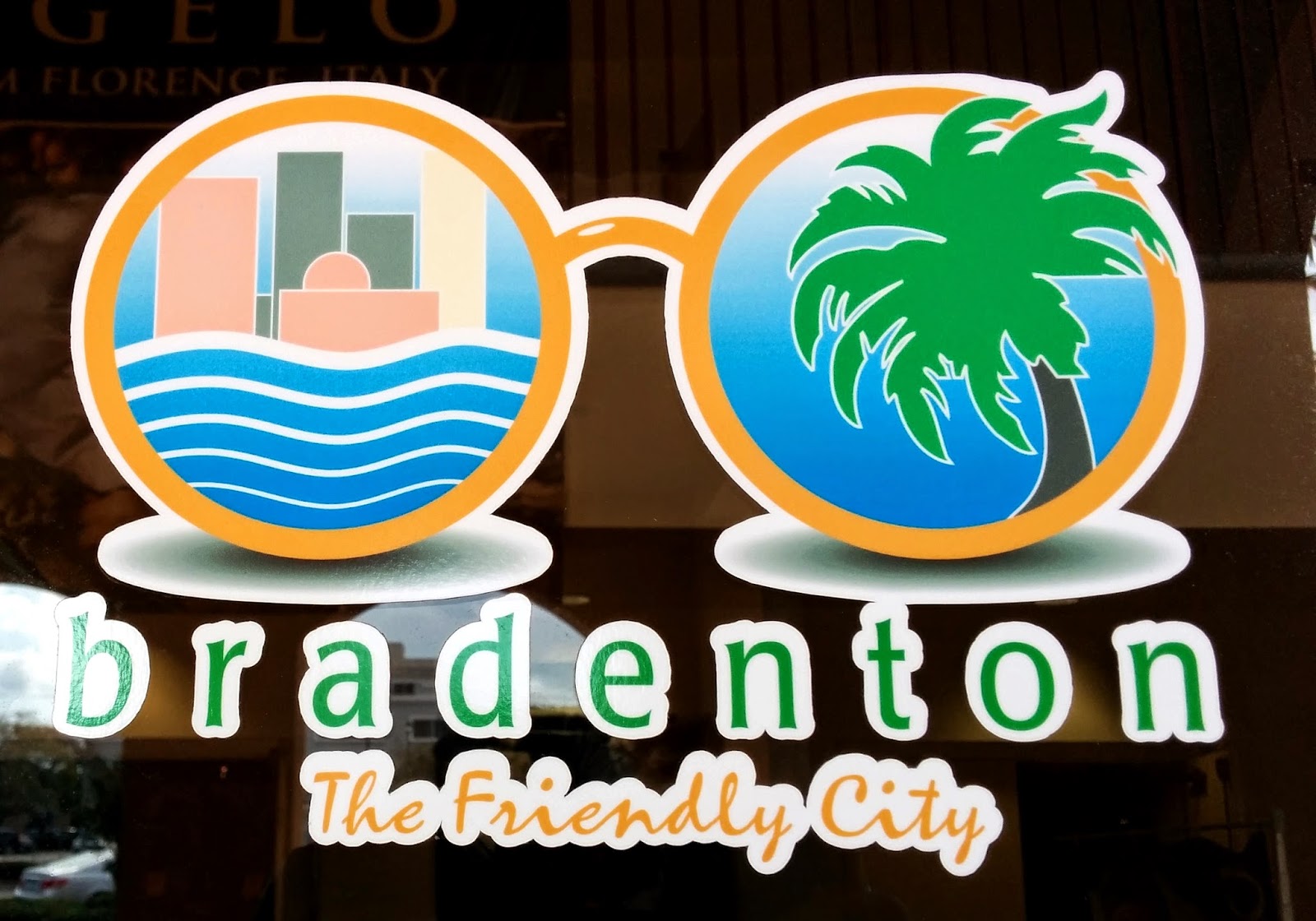 so a nice weekend - and finally the cold weather broke on Saturday - and it was even warmer on Sunday so the calendar turned a page to March and I guess the weather god said "oh all right - enough of the cold weather!" Thank YOU!!!

next up my last week of classes at USF-SM... my post will be about the circus arts conservatory but my last maritime history of Florida class was extremely interesting as it was all about Cuba and the Bay of Pigs and the Missile Crisis- I have no photos but I did snap a photo of our instructor on the last day of class- I think he is quite the character- LOL 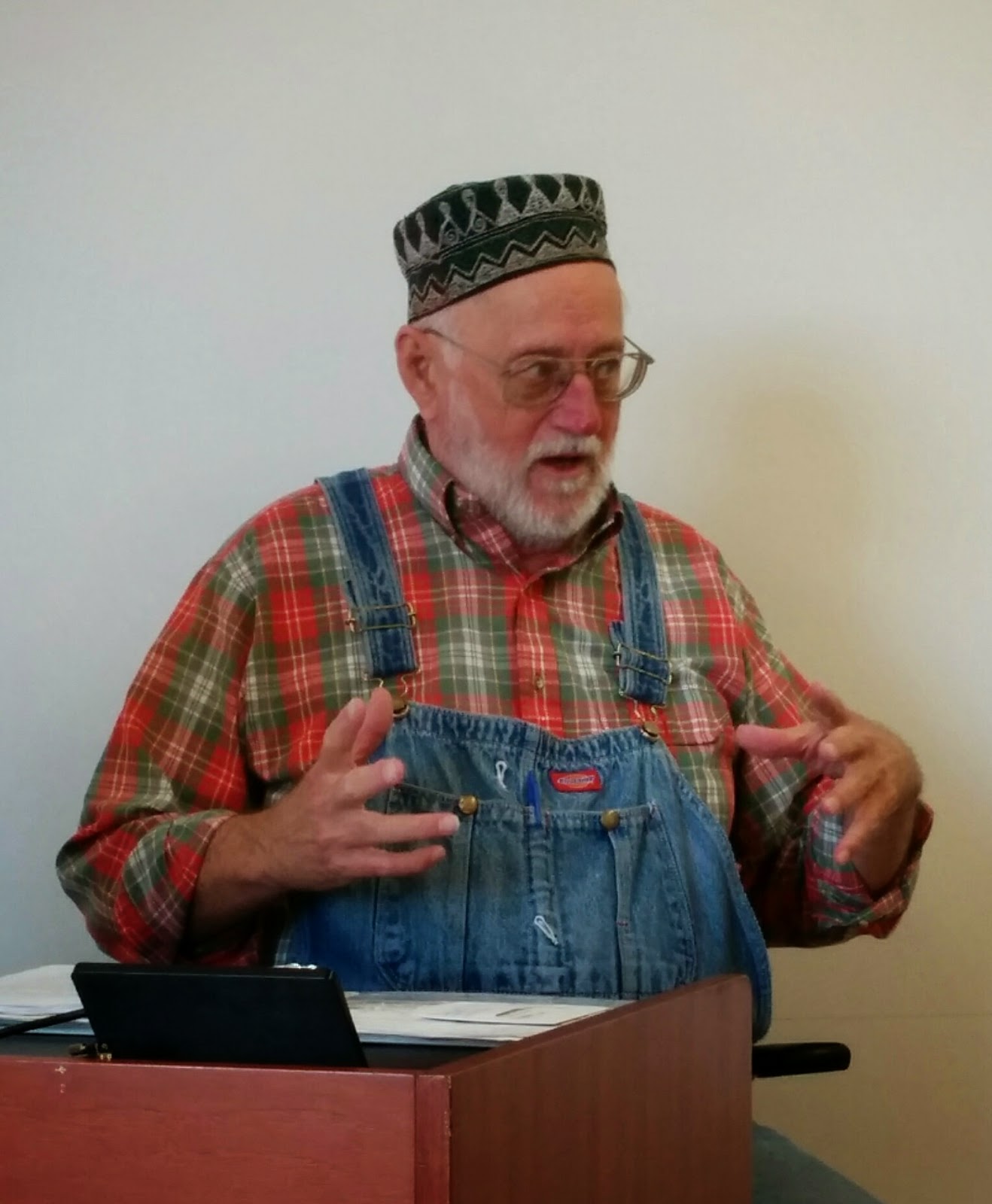 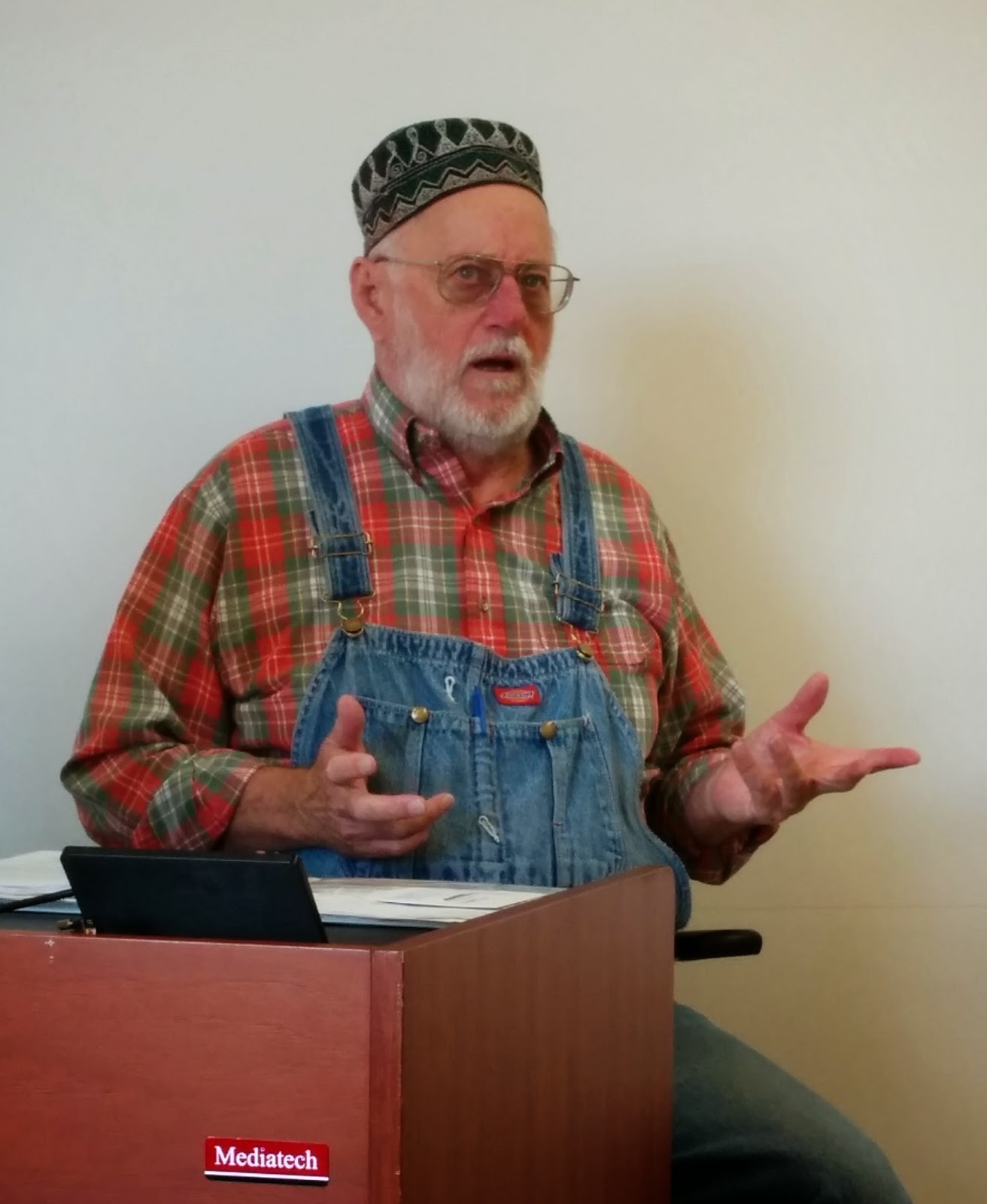 stay tuned for a lot of very interesting circus information for the head of the Circus Arts Conservatory!
Posted by TOR at 4:36 PM