we arrive in cuba!

a lot of hurry up and wait- - - the flight was delayed for more than an hour... no explanation - just delayed.  Then when we arrived it was roughly an hour before the luggage arrived - mine was thoroughly ransacked but I wouldn't find out until later that my alarm clock and Oakley sunglasses were missing.  I always pack a back up pair, and of course can use the cell phone as an alarm so not earth shattering but crappy never-the-less...

we finally got out of Jose Marti airport and met our most amazingly terrific, incredibly intelligent guide, Raul.  Phil declared him the best guide he had ever had anywhere on any trip, private or group EVER.  I declared him a tie for the number one spot - which has long been held by the guide Jennifer and I had in Egypt, Ahmet an Egyptology professor with a sparkling personality and a great sense of humor, who discovered guiding was much more lucrative than teaching - and we were much the better for it. (Just in case anyone is reading closely- we no longer count Iryna as a guide - she passed into the friend category before we left her in Kiev back in 2006 and is in her own category "dear friends" and "sisters at heart" LOL.)

so finally on the bus and heading into Havana!

our first stop- in a "get it out of the way" kind of move- was Revolutionary Square- which Raul described as a parking lot- LOL and it was a very apt description.  Last time Leo saved it for a drive by on the last or second last day- he felt similarly about the place.  However, despite being less than enamoured about the faces on the buildings and the monument (from the Fulgencio Batista era) it is the first place most of the group get to lay eyes on the old cars that are now so treasured in Cuba. Many sit in a road-side turn off waiting for tourists to bargain for a short ride around the area in the mostly convertible cars.  Many of the models are now convertibles despite not being so in their original incarnations but tourists want rides in convertibles so Cubans create convertibles from cars that never had a convertible model.... creativity is every Cuban's middle name.

And just to show how old I am - I have in this first lot of photos one of our family cars - which always managed to be photographed - LOL - first the Cuban one - now pepto-bismol pink, and then ours in vintage photos of B&W - but the car was a gleaming white! 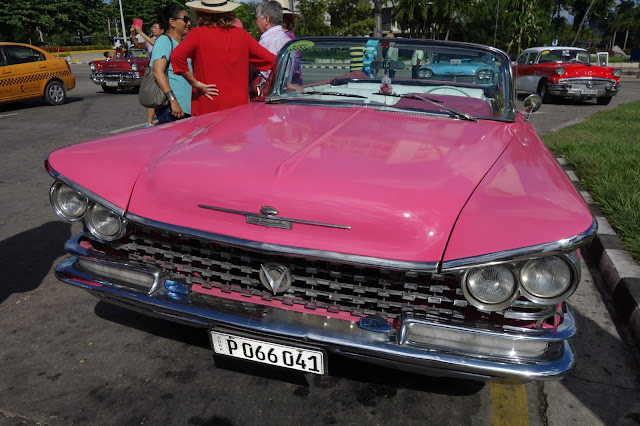 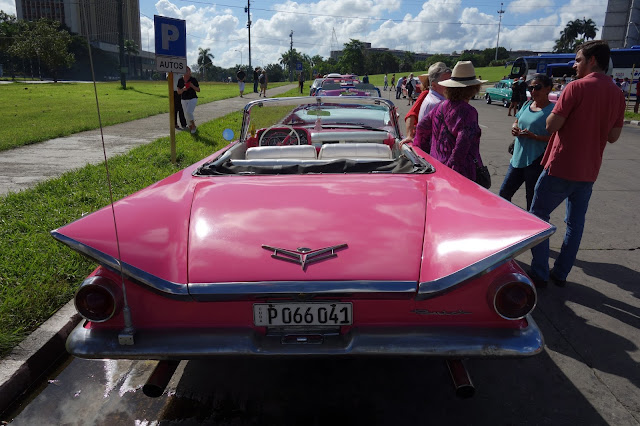 you can see my brother's car seat with the steering wheel - through the windshield LOL- back in the day when car seats were hung on the back of the front seat so the kid could have a view! 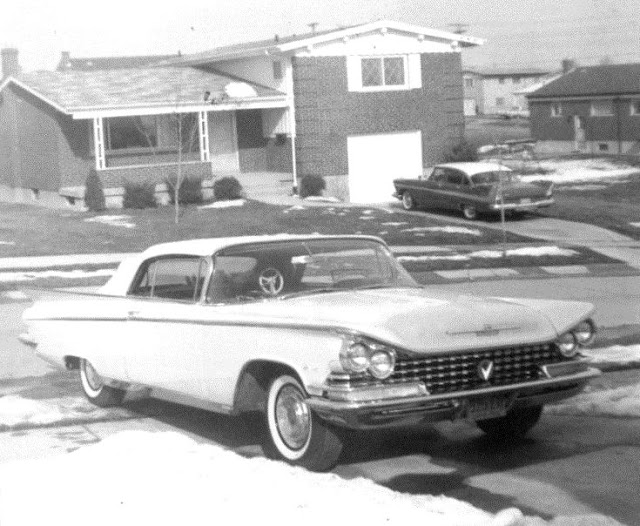 and here are a few more vintage photos including my sister and me in front of the car- LOL, my grandmother in front of the car at the cottage on Anna Maria Island- and the car in all its glory with me in the driver's seat (standing)  LOL 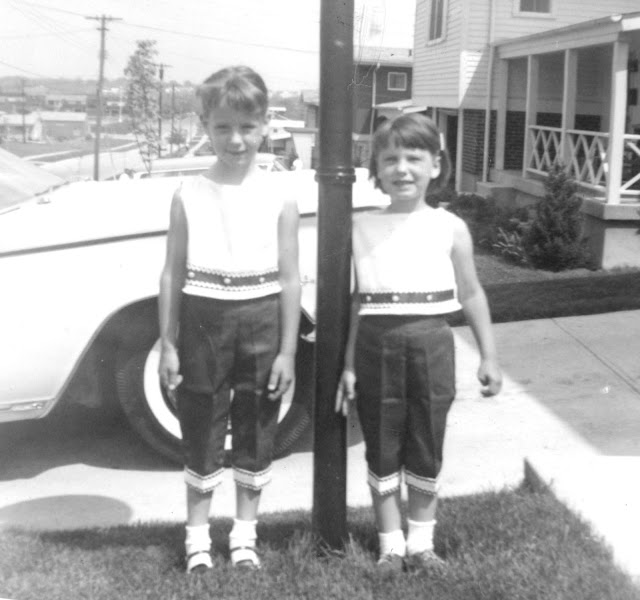 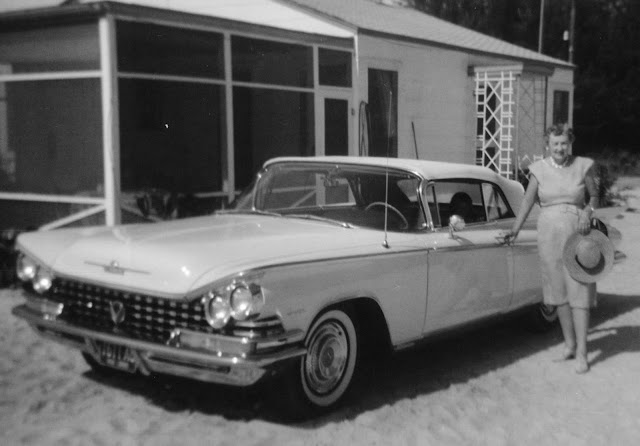 but time to move along... and get back to the future! 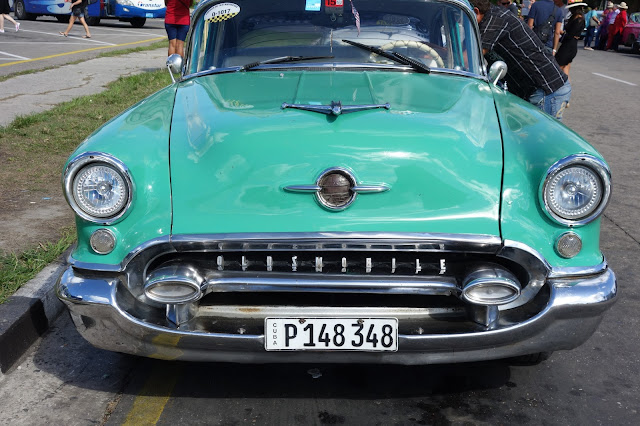 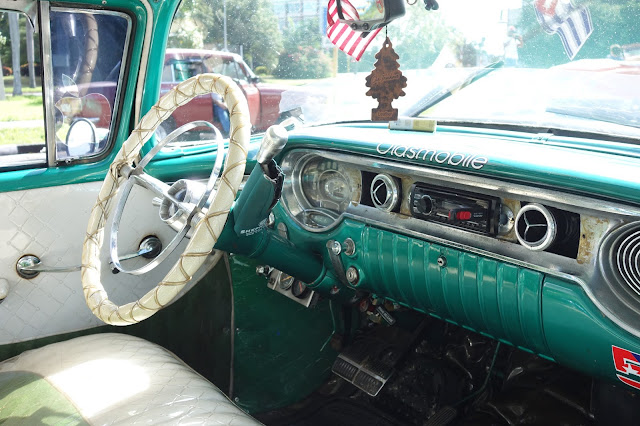 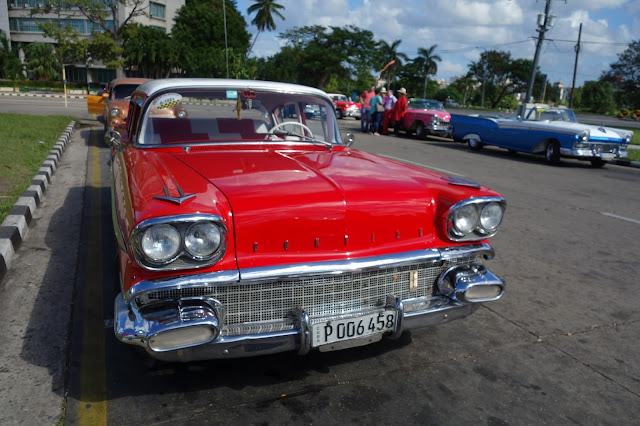 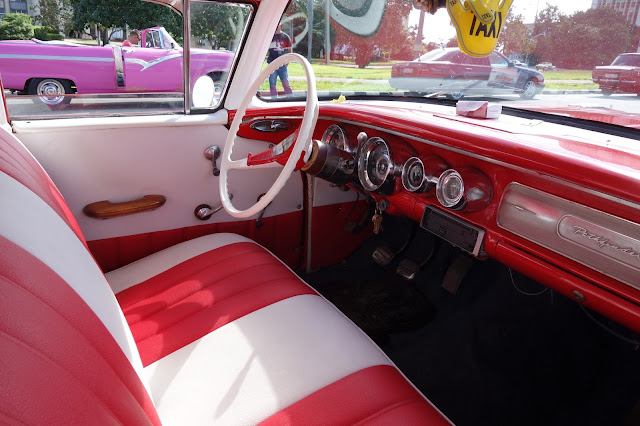 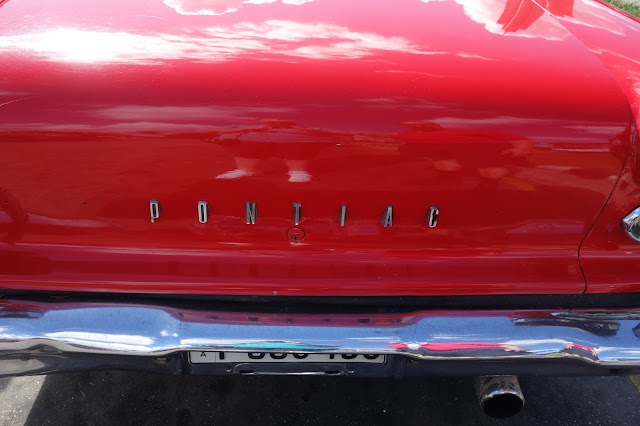 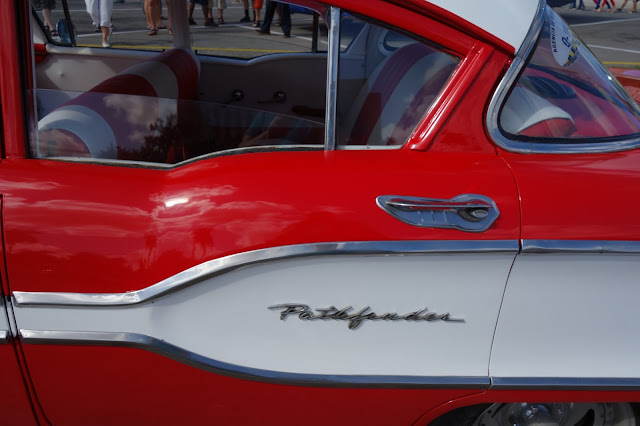 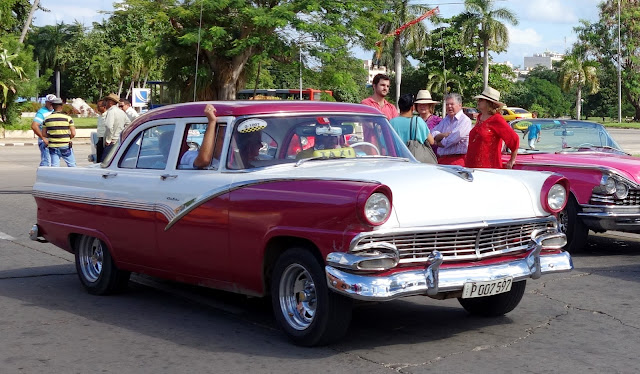 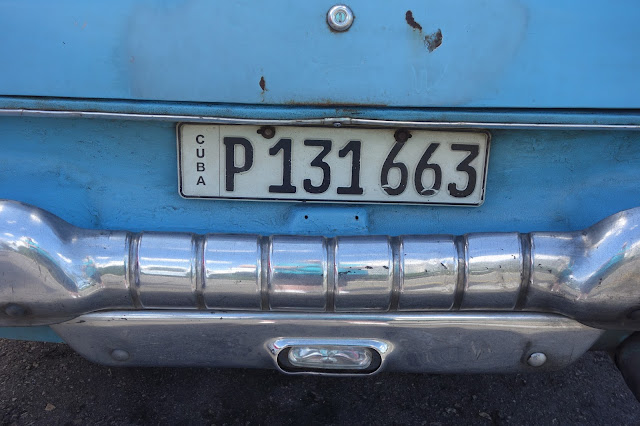 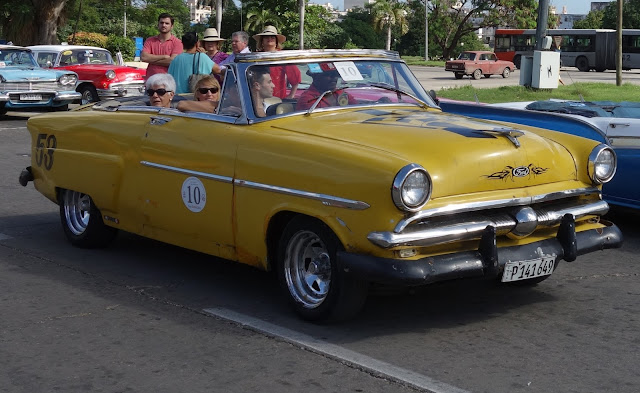 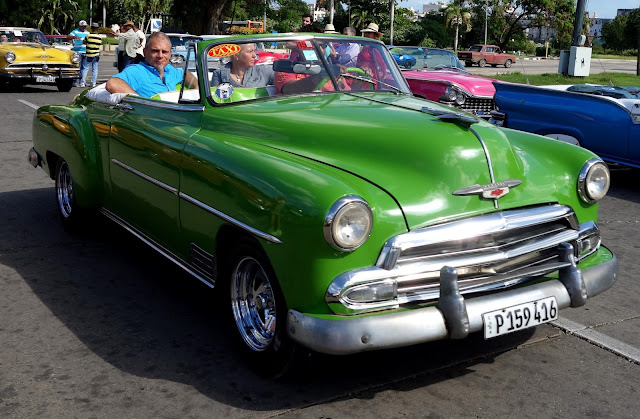 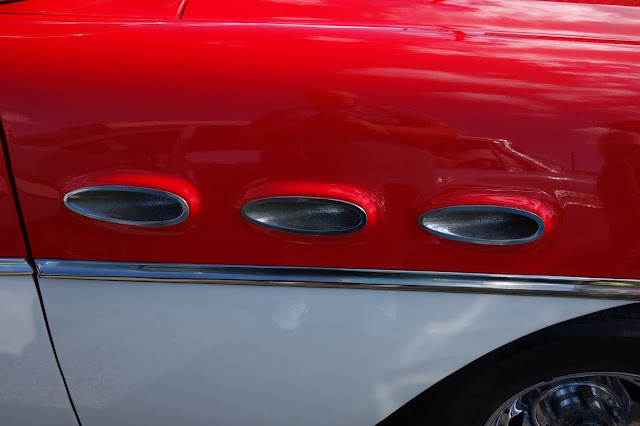 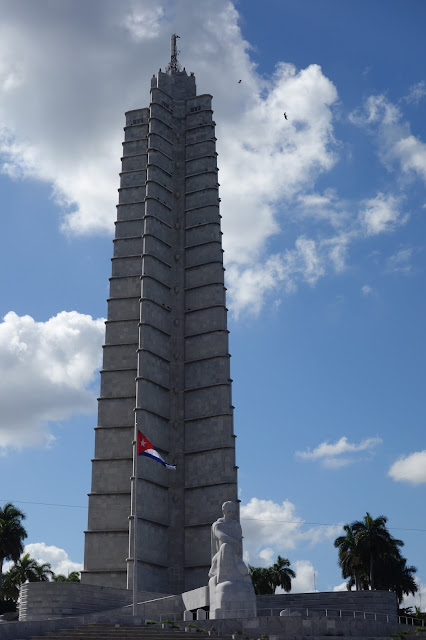 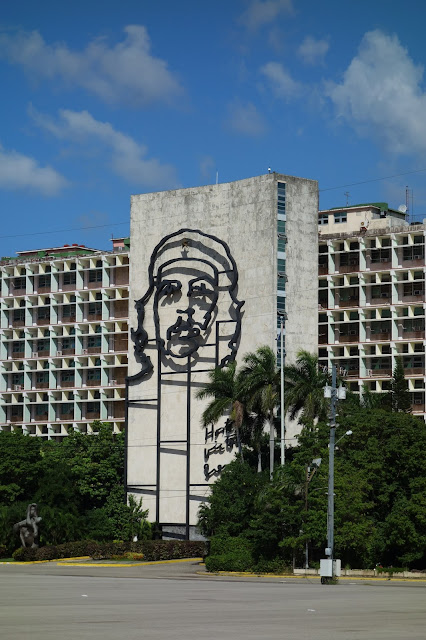 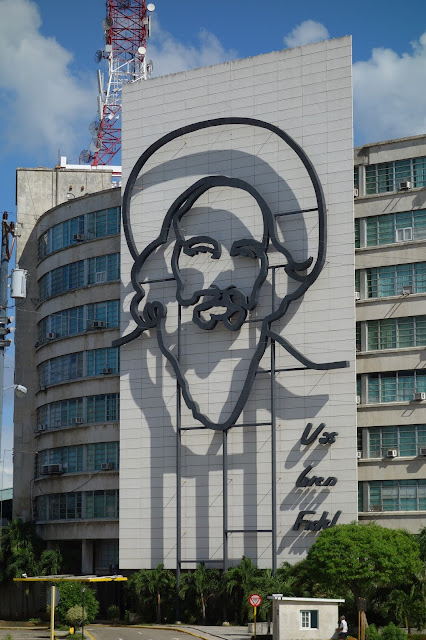 soon we are headed to lunch because our flight was so delayed we cannot complete the morning's itinerary but have to rearrange things a bit... we had a lovely lunch - fish as my main - pumpkin soup as a starter and then pineapple sorbet as dessert! 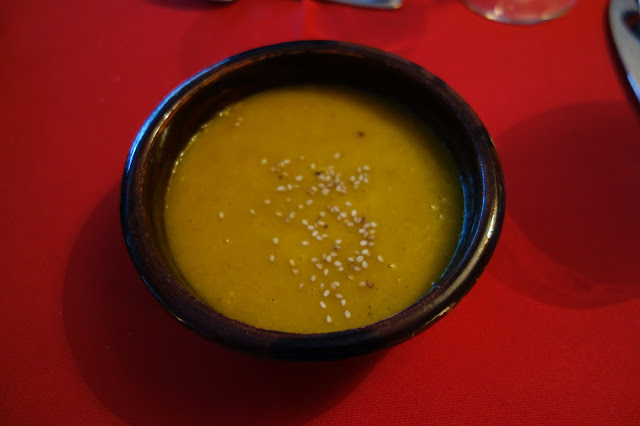 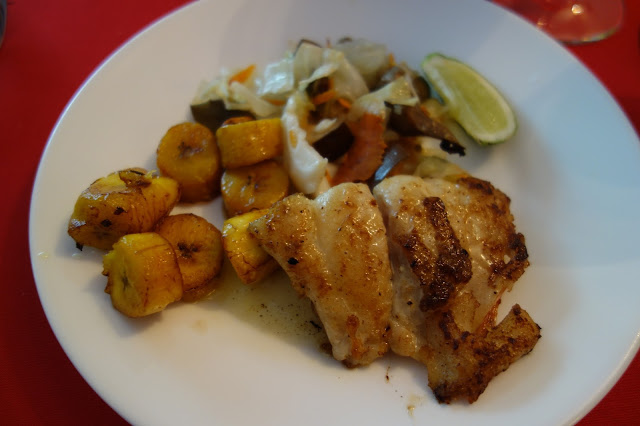 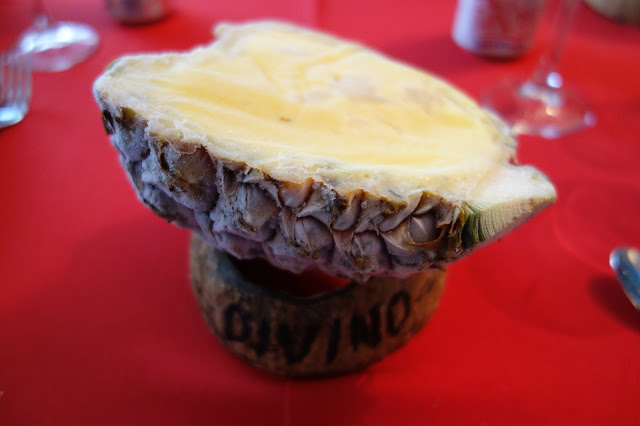 more on the post lunch touring in the next post! stay tuned!
Posted by TOR at 11:13 AM