Straight to TV is where this script should be going but apparently it has already been made into a soon to be released movie.  I don't know why. While it was mildly entertaining absolutely everything about this comedy/drama was predictable. Some of it was predictable from the opening scene and some as things evolved but seriously this is not "think theater" as one of our Chicago theaters bills itself.

Do we really need to see yet another jokey scene where boomers get high on someone else's medical marijuana? Or who still use flip phones? Or make jokes about Viagra? Or references to the orgasm scene in When Harry Met Sally? Or another angry middle aged woman whose husband left her for a bimbo? Or, the gay guy, a black former athlete, injured when he fell out of a golf cart after "one too many beers on the back nine"? This one pretty much covers all the bases with stereotypical characters.

This was a good to great TV show but it was not on TV.  It is in a theater which aspires (usually) to better.

Exploring the plot- which seems derived from so many familiar movies-

The white guy (a human rights lawyer) whose wife dies unexpectedly picks up a woman at his wife's funeral.  The woman is a grief counselor who has mistakenly gone to the funeral home on the wrong day but doesn't leave so as not to offend.  They hook up and awaken the next morning with the consequences.  She assumes he's married when she finds the dead wife's clothes in the closet.  Turns out the police brought her effects to him just moments before the funeral and he found out from texts on her phone that she had been having an affair with "O".

When neighbor Ollie comes by to offer his condolences to the widower, the white guy assumes this is the "O" of the texts. Turns out Ollie knew Grace (the deceased) from yoga class at sunrise and some other "senior retirement village" activities... I am not making this up..... Ollie is forced to reveal that he is still in the closet because his 92 year old father was homophobic and his fan base from his professional athlete days might be offended by him being gay (in 2018?). He is not that "O"

I think if they had gone further this could have actually been a decent satire but it needed bite to get it there.  The scene where the woman tells the widower about signs from dead people like butterflies and birds skirts it but because this play wants be bigger it misses the mark altogether in my opinion.

Three good performances by the actors - as usual and as usual, the script does not do them justice.
I won't blather on and on- like some aging retired person with nothing to do...LOL... I have a lifelong learning class to get to (only kinds sorts kidding- it was two days ago LOL) 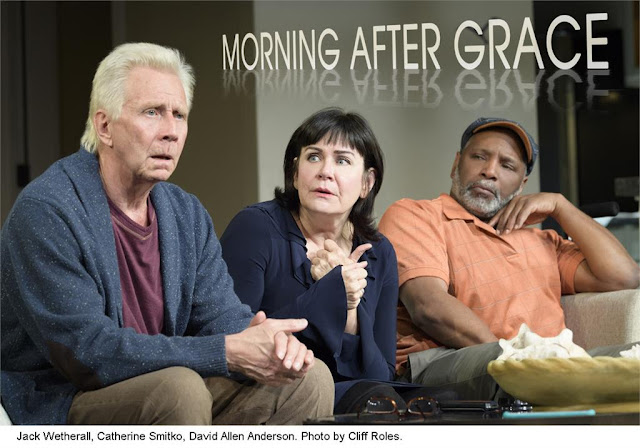 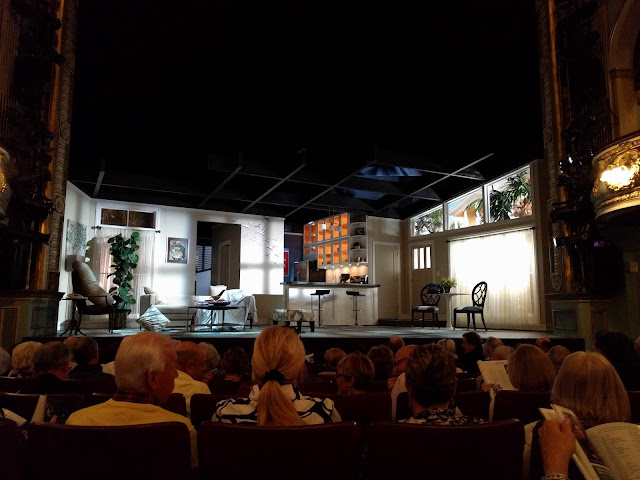 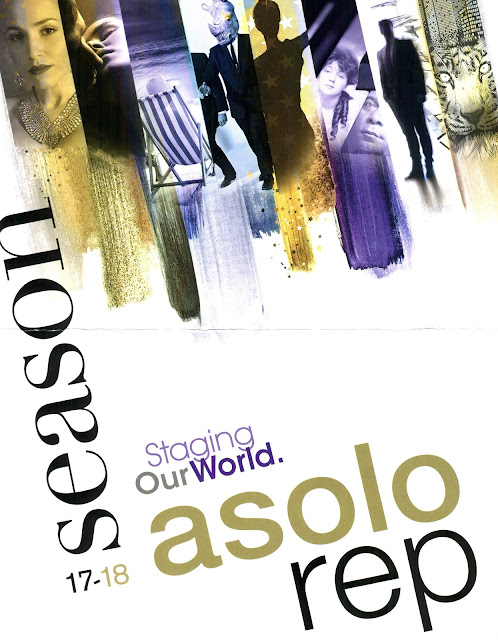 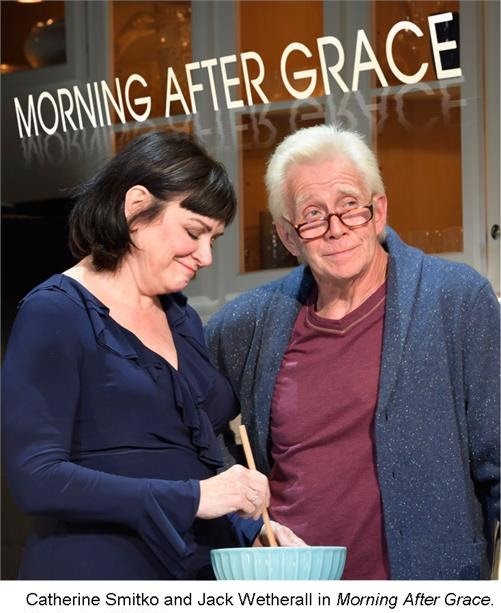 So while we had a few laughs- they were cheap, obvious laughs - I would say skip this one if your social security check doesn't give you a lot of discretionary income you can find better ways to spend your money - maybe sunrise yoga....

Coming up- it's Forks and Corks weekend so we have two wine dinners and also a big ballet weekend with Moving Identities. So more to follow-

"One of the most unique aspects of Moving Identities is the gender split casting for both Graziano's Valsinhas and North's Troy Game, meaning that on any given performance you might see an all male cast or an all female cast of either performance. This program will also marks the first time that Robert North's Troy Game will be performed in Sarasota with an all female cast in addition to the original all male casting."
Posted by TOR at 11:21 AM