Been a semi-tough week as I had a pneumonia shot last Friday and it put me a bit under the weather on Sunday and Monday... luckily we were able to get in our Saturday night dinner with Todd & Evelyn at Entente.  Entente has moved since we last visited in the fall and now they are in the sort of kind of River North area. the new space is lovely and the food was excellent.  We had tasting menu and brought our own wines and bought a bottle.  We opened with a Vilmart Gran Cellier champagne and then moved to a 2013 Chassagne-Montrachet and then a Rioja from their list and finished with the y'Quem. 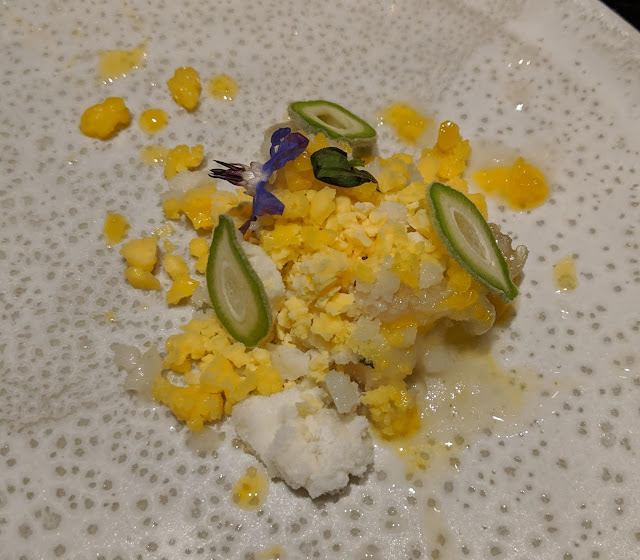 moving on to the pappardelle and other courses- named above - 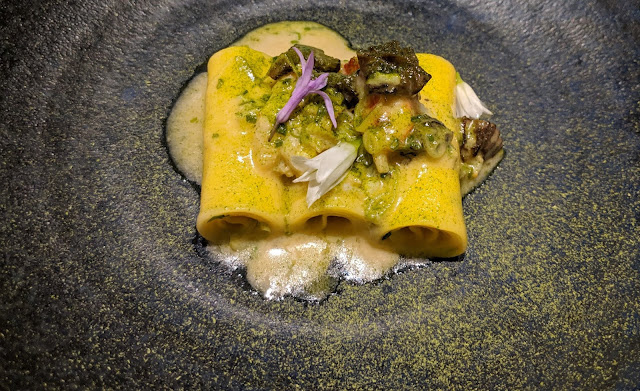 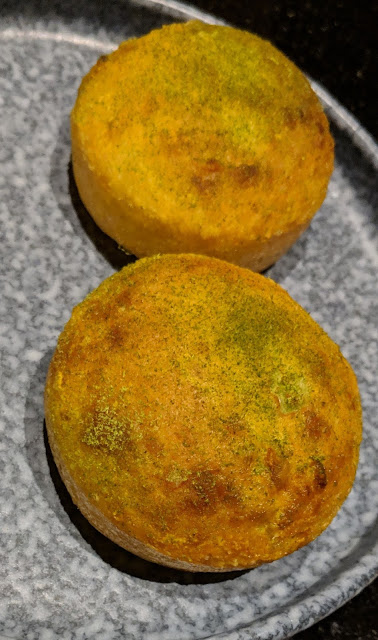 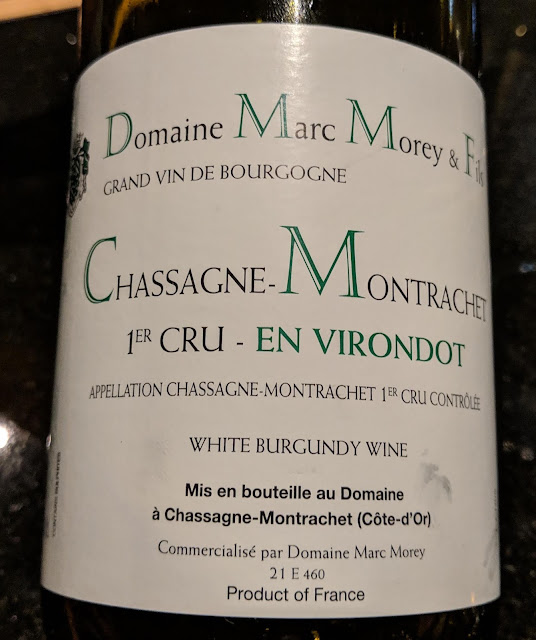 one of the favorites - trout roe and caramelized pineapple- 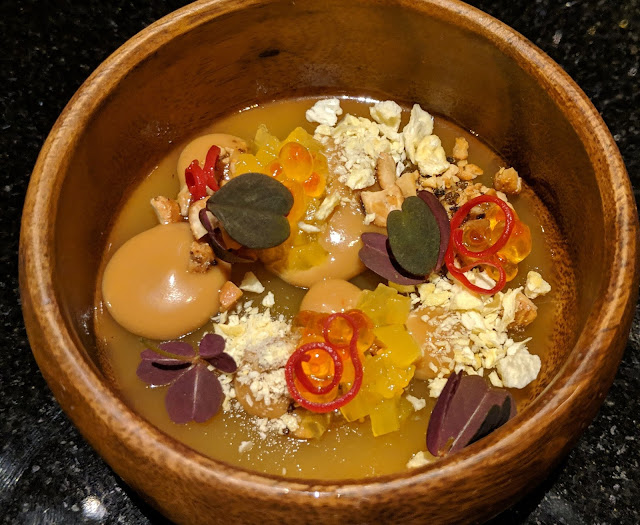 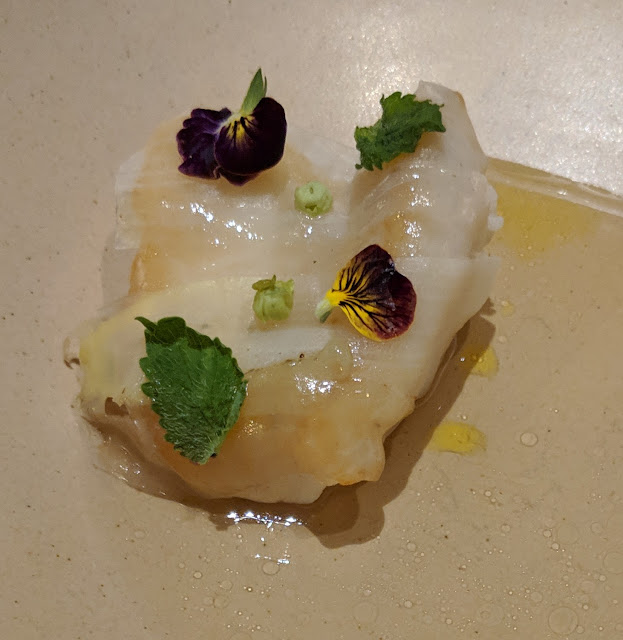 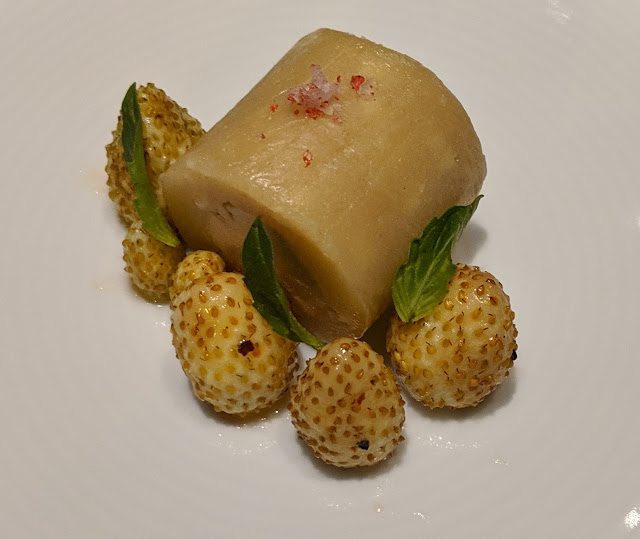 fab duck breast with an incredible spring roll as the side--- 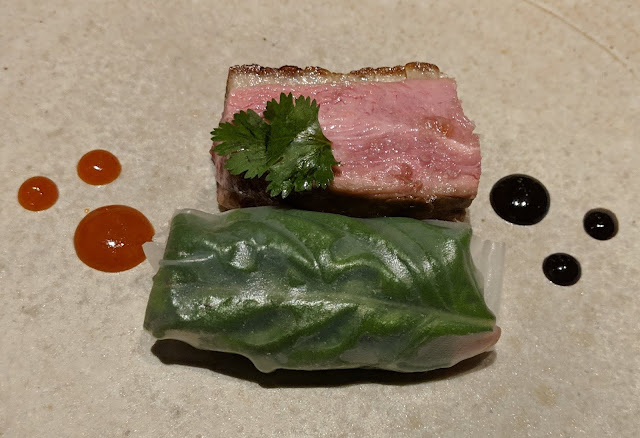 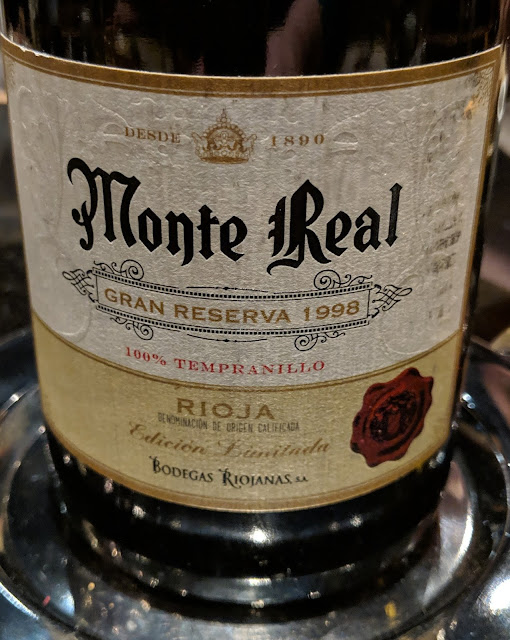 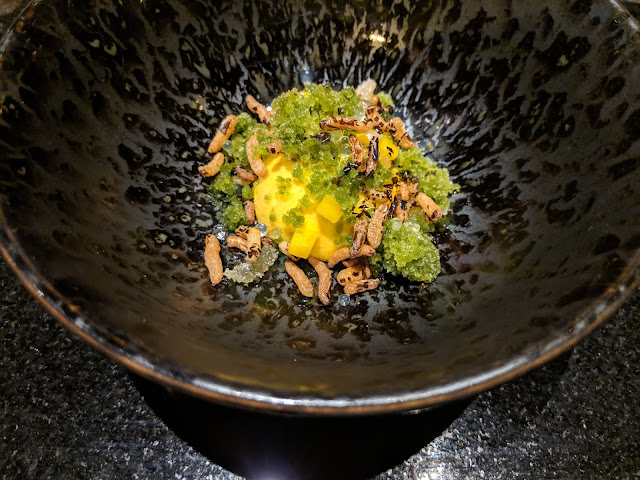 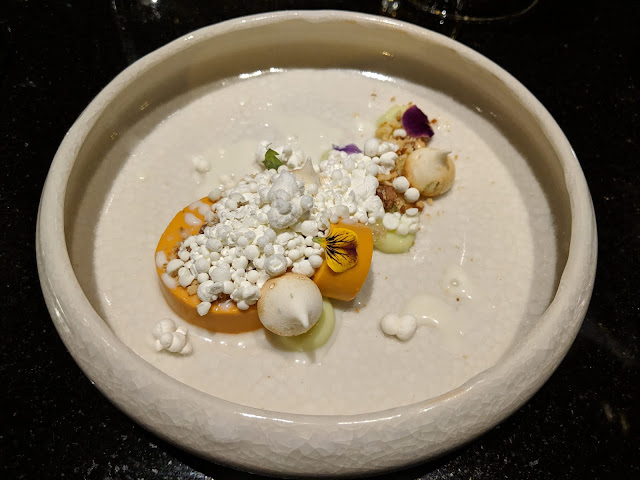 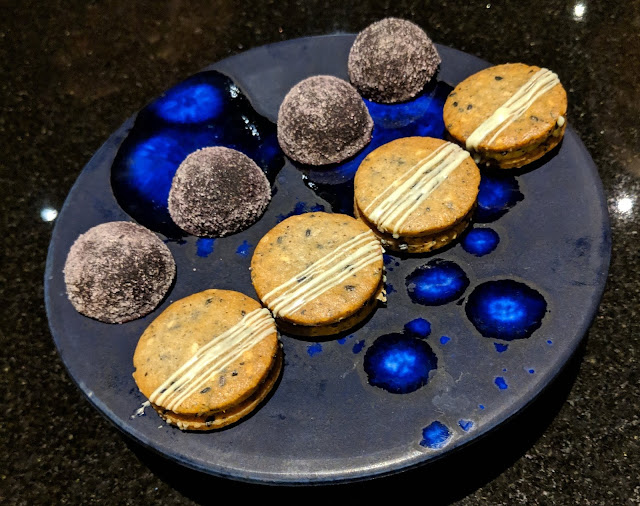 great evening! - good to catch up with friends which we continued to do throughout the week-

On Sunday Phil went to Ethel Polk's 102nd birthday party but since I wasn't sure if I was having a reaction to the shot or getting a cold I decided to stay home and keep everyone from being exposed.  He had a fun evening with many musicians performing. He came home with rave reviews for Corky Siegel and Howard (?) who apparently completely WOWed the crowd with their keyboards and harmonica. 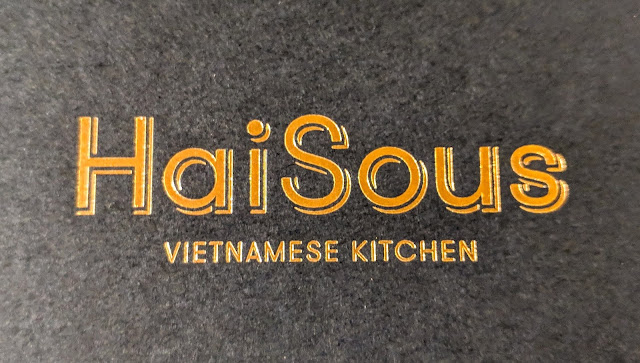 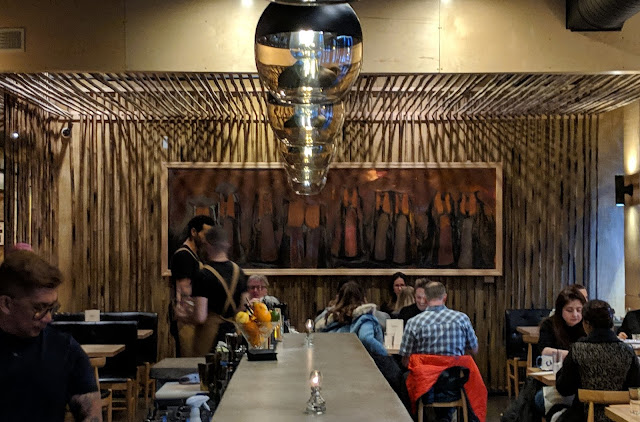 red boxes were what we ordered along with two specials - oops! we actually had a different papaya salad with crispy pig ears and a pork dish special with noodles as well 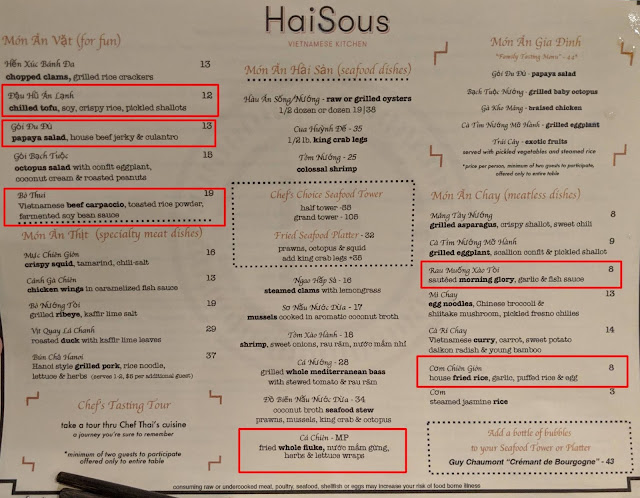 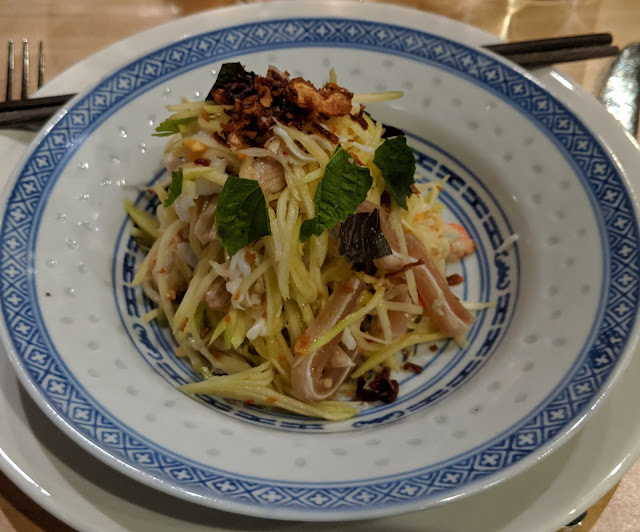 the tofu was a real winner in our unanimous opinions 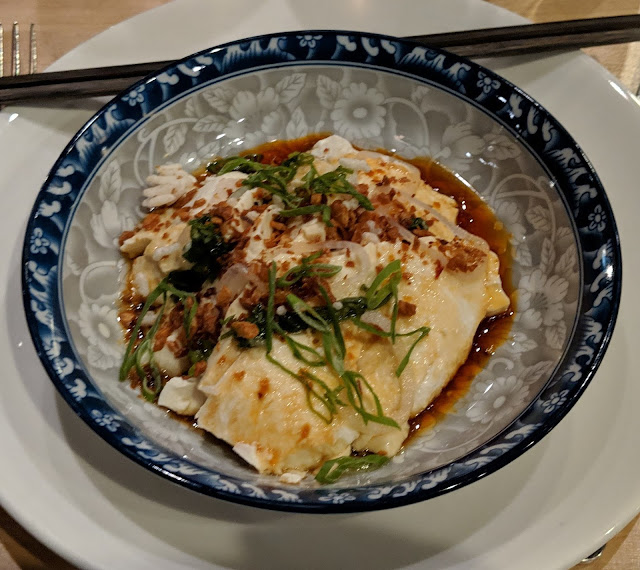 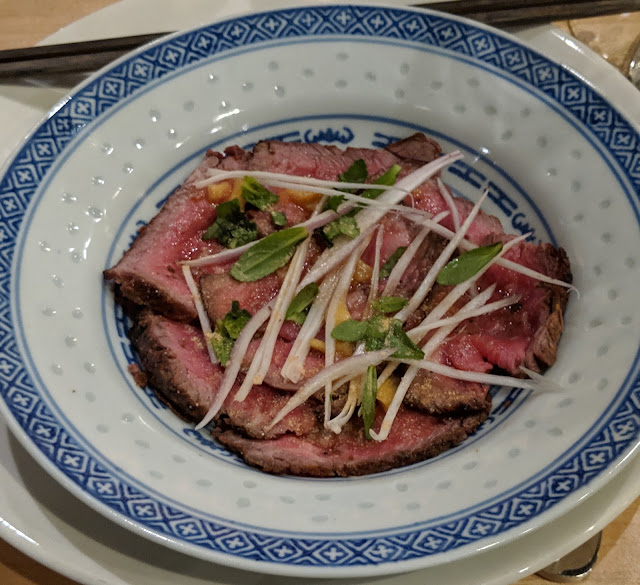 the whole fish was fun and worth repeating- 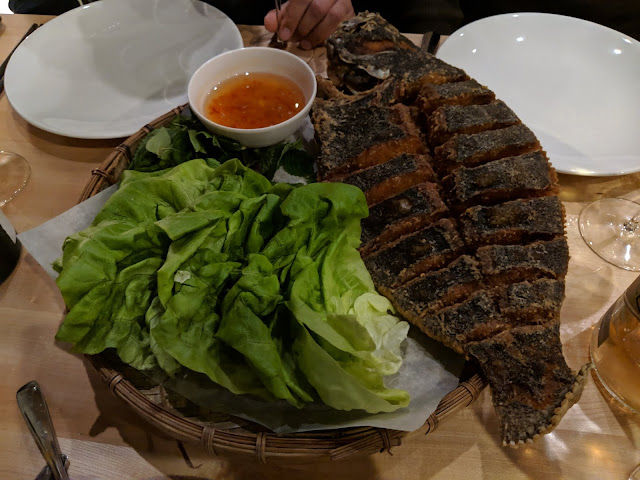 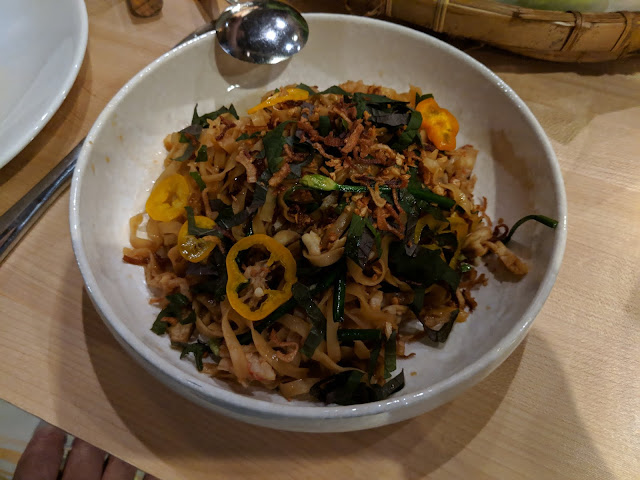 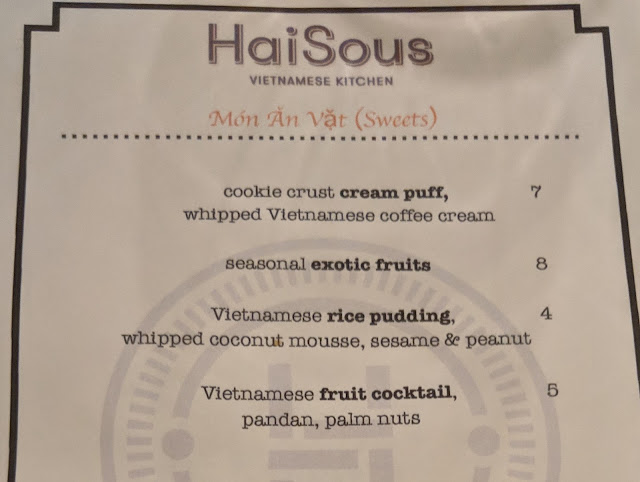 the fruit cocktail photo followed by the photo of the cream puff!!!!!! 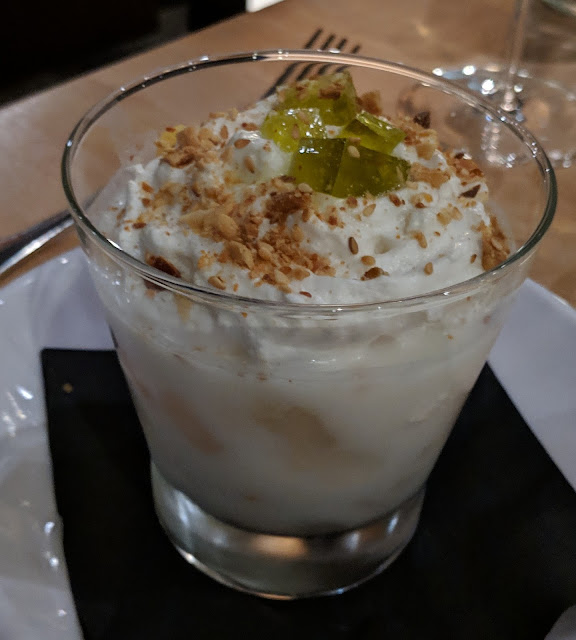 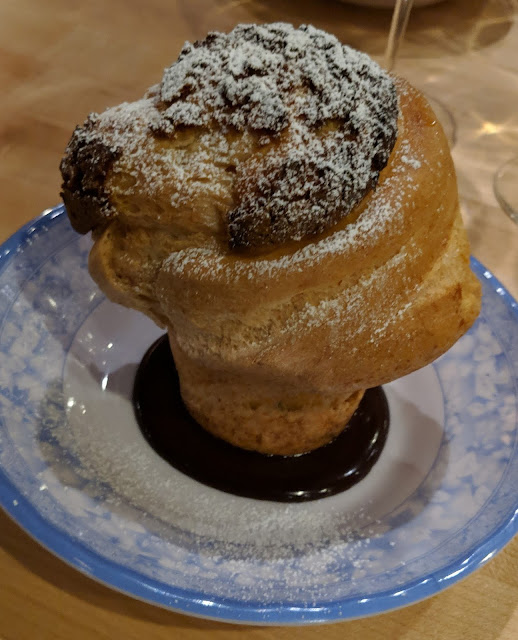 so while we liked it - we didn't fall in love like we did at Jeong or SKY Chicago--- will probably go again but not soon... plus it is a real negative how much their corkage fees are even though they were quite nice and only charged us one (@65) - they have a deal where it is 25 per bottle plus 10 per person at the table.... given the fees we pay at SKY and Oriole and Jeong and Entente that seemed exorbitant to us.... but we go on- tonight we are headed back to 2C Chicago (with Kevin & Shari and Ron & Mary) and this week to Oceanique and Jeong (with Jenny & Eric) and out with my cousin Cathy and on Thursday to a concert at SPACE...  so we manage to keep busy. We're headed back to Georges Trois soon and have an event at Pacific Standard Time and another at Kumiko in the next six weeks or so along with Jeong and another 2C dinner where we'll catch up with Paige & Sharad soon too...  before we get to our anniversary dinner at Oriole (because who wouldn't want to dine again with Noah & Cara if they could?!?!?)

oh and just to complete the record - we had a nice quick dinner at Greek 2 U in Andersonville - where the chef from Mythos has opened up a casual place for traditional Greek food.  Food was good and the place was nice and friendly! 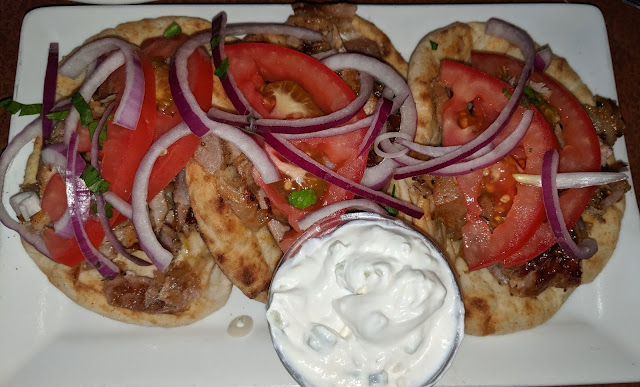 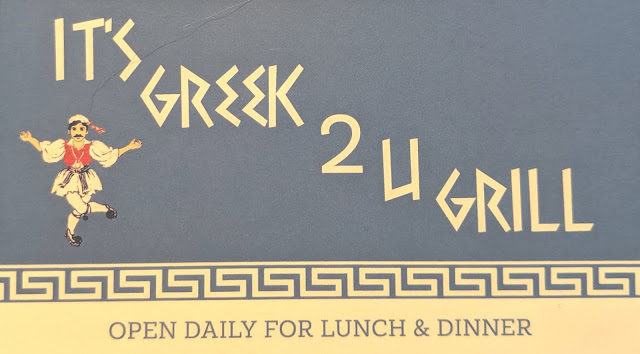 That same day I got my flowers (the first round at least) for planting on the deck! 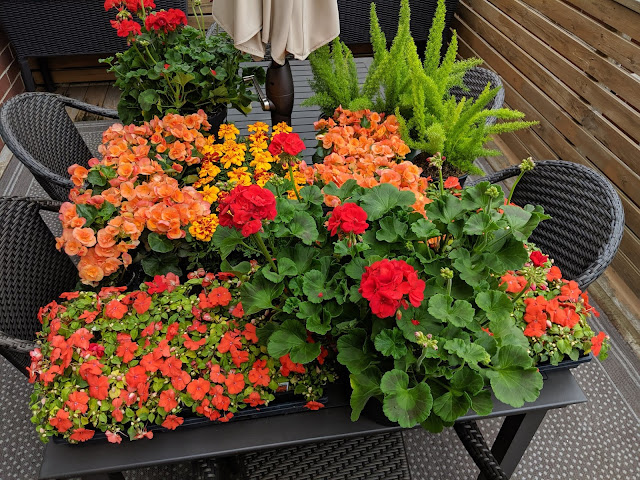 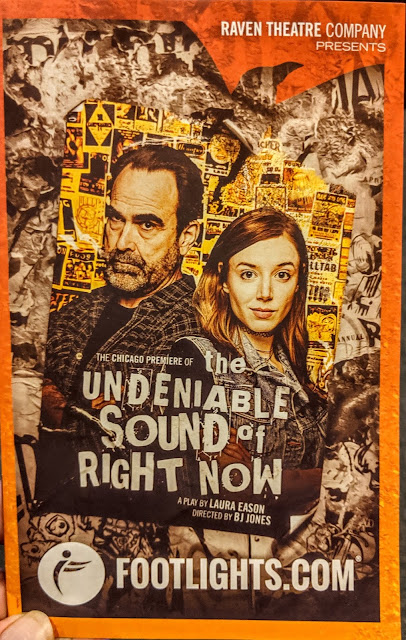 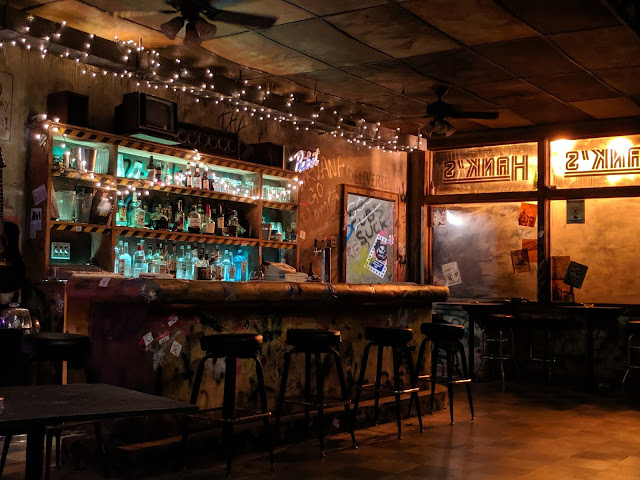 a note perfect play about family ties and letting go, that takes the basic CBGB tale and turns it into something that hits closer to the heart...

We have a lot of theater coming up over the next month and it includes these plays - along with a Magic Show at the Palmer House (small audience up close and personal) and 12th Night...

also a number of concerts including one tomorrow evening with Tim Grimm.  And - well you know we have a number of other dinners planned too-

and just because we have so much open time (not) today we decided to add a lecture on Astrophysics at Northwestern in two weeks or so....  so stay tuned as usual... more to come!
Posted by TOR at 3:57 PM