sort of- at least her ashes have arrived.  my plan is to scatter some of them on the island she called home for so many years.  I have asked several of her friends to join me for a memorial luncheon the first full week of February.

so when I opened the box to look at her I was struck by how little the essence of our physical presence can be reduced to.  but even more I was hit by how BIG the loss is by comparison. here she was with me again and yet I was so aware of how much she isn't here- isn't here to call each night and recount our days for each other - isn't here to tell stories of our adventures on the island and off.  my mother knew we were coming down here and maybe her timing was thoughtful of the idea of her returning.

when we first decided to rent the River Cottage for two months I sent her the photos of the place and I know how much it reminded her of her place here as she also had a fabulous view of waterbirds in a mangrove area just outside her porch.  she spoke wistfully about maybe coming down for a bit, but knew that being tethered to oxygen and confined to a wheelchair made it a pipe dream.

so just for comparison I have posted some photos of the River Cottage and of my mom's last home here that show the similarities and why she had such yearning to return.  of course she had about three times the space we do but the colors used in decorating were very similar and the "feel" of the places was very much the same 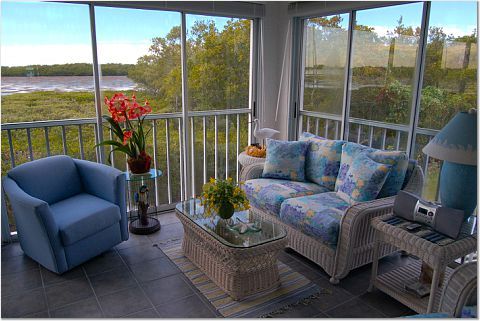 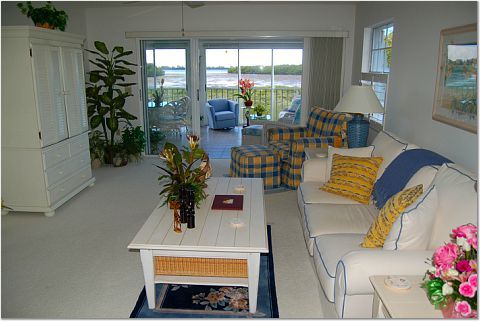 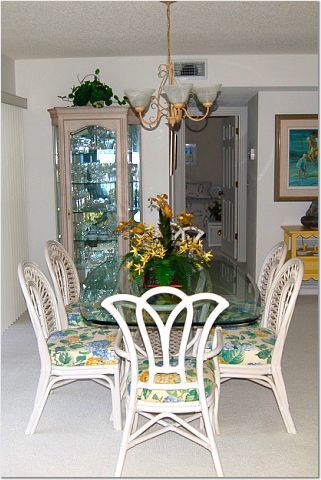 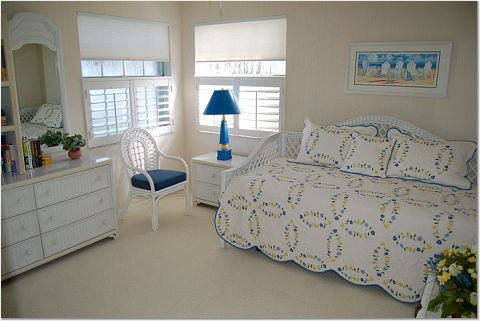 and now our River Cottage 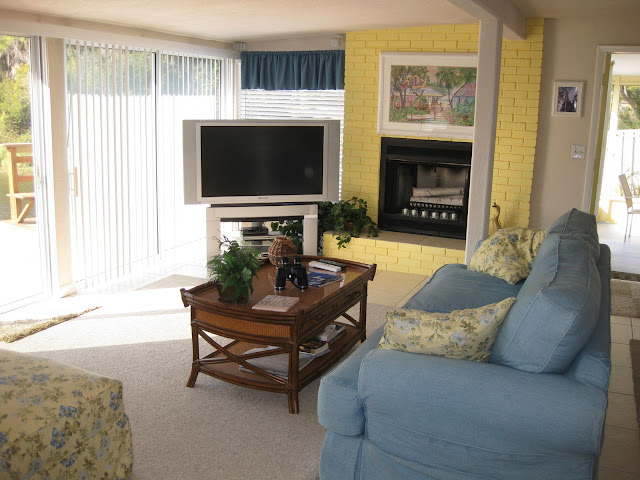 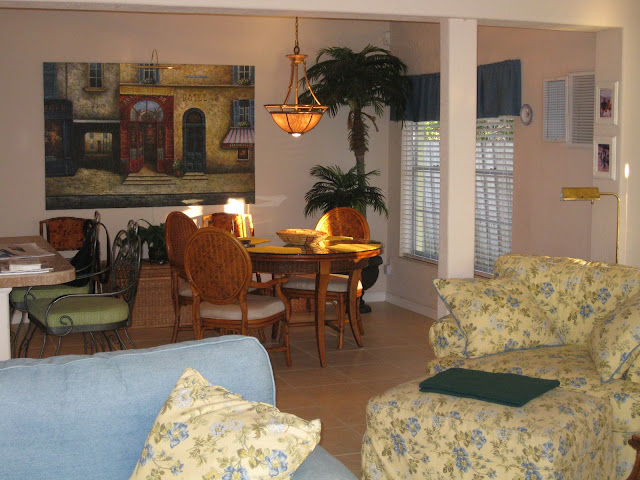 so you can see why she was drawn to the idea of coming down here when we were here.
Posted by TOR at 5:16 PM