to Key West sort of snowballed.  first we were going to go down there- I think I mentioned that I had been a lot of times before.  I actually could remember six prior trips for sure and maybe I lost count - but for lucky seven we had decided to take the ferry boat from Marco Island and because we had to be there for a 7:30 AM departure we decided to go the day before and stay nearby.  LOL and since we were going the day before anyway and driving right past Ft. Myers we decided to go there and visit the winter homes of Ford and Edison.

now all of this planning started around a brick.  I bought a brick for one of those fund raiser things at the historical museum in Key West while Phil and Larry and I were there.  I had been back to visit the brick when Tom and I were there but for some reason cannot find any of the photos from that trip.  so I wanted to go visit my brick.  why was this important?  maybe this won't make sense but I had them put Trina Jane Sterling's name on the brick and I wanted a photo of it.  at the time it wasn't a memorial but now it is all I have of Trina physically - and with all the loss this year I had a yearning to have something to hold on to - a talisman of sorts.  so here is Trina's brick 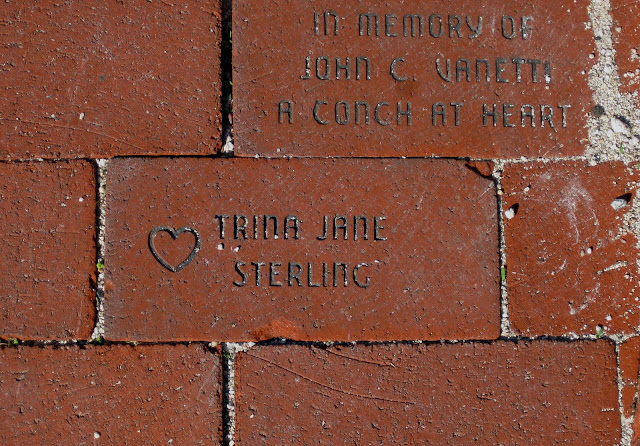 the brick that launched a two day trip.

but here is the cool thing - we had a super fun time and got to see a lot of interesting things at the Edison/Ford place and re-visit old haunts in Key West. 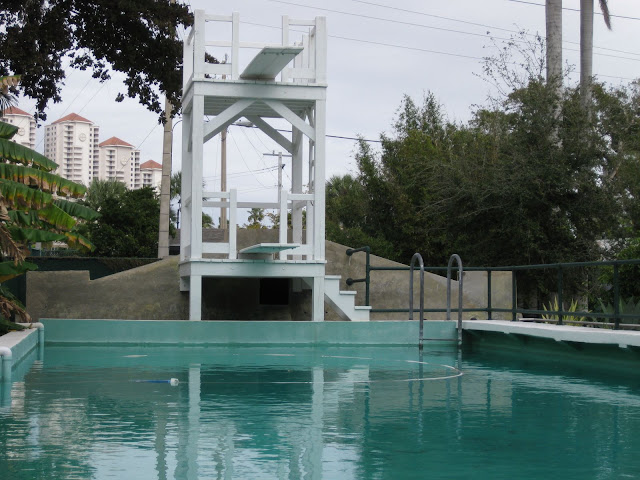 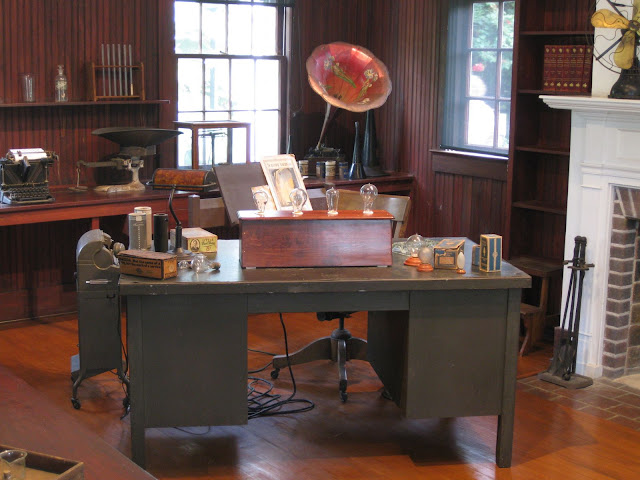 the inventor's office (above) and the moonlight garden (below) 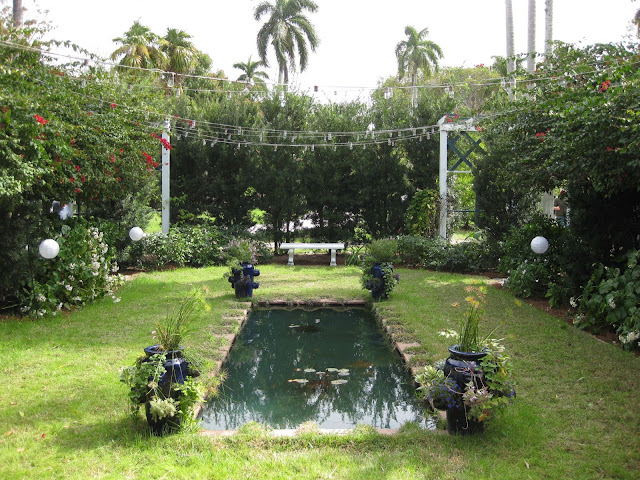 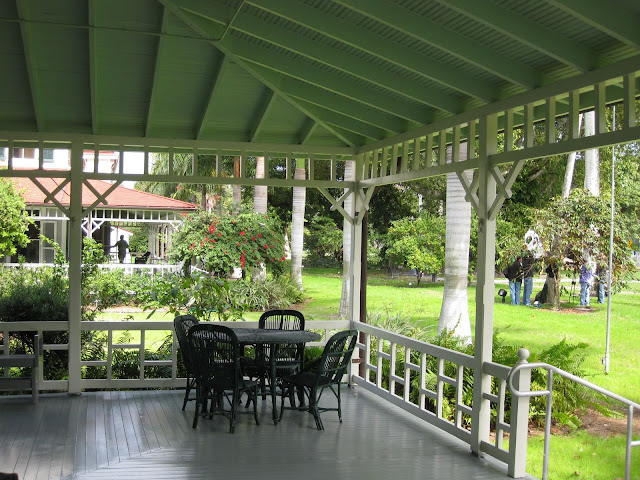 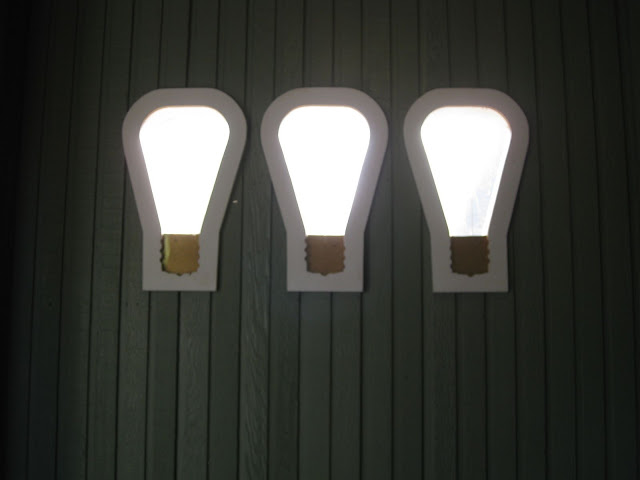 on to Key West- 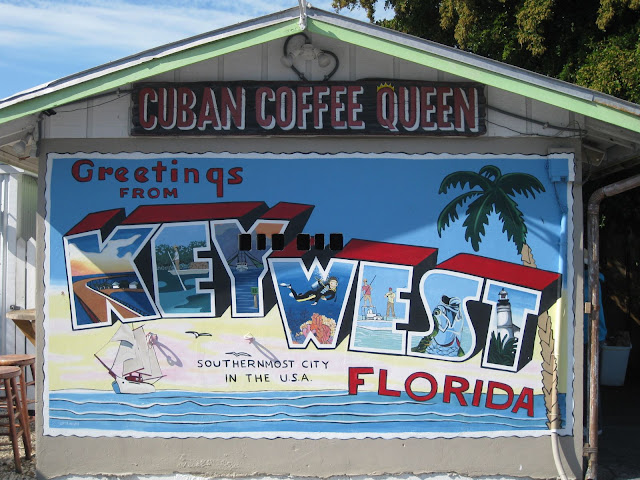 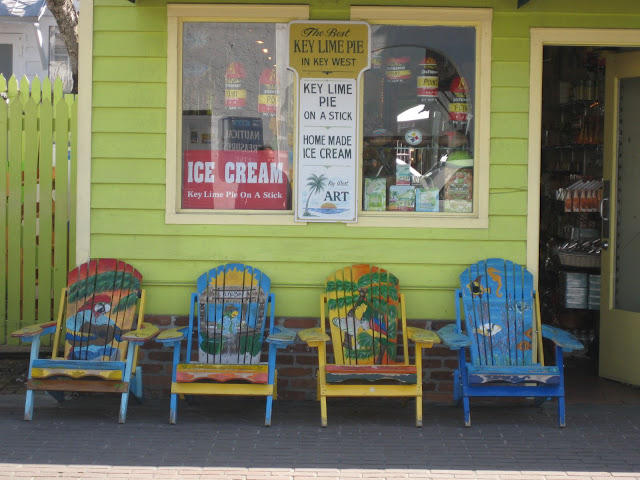 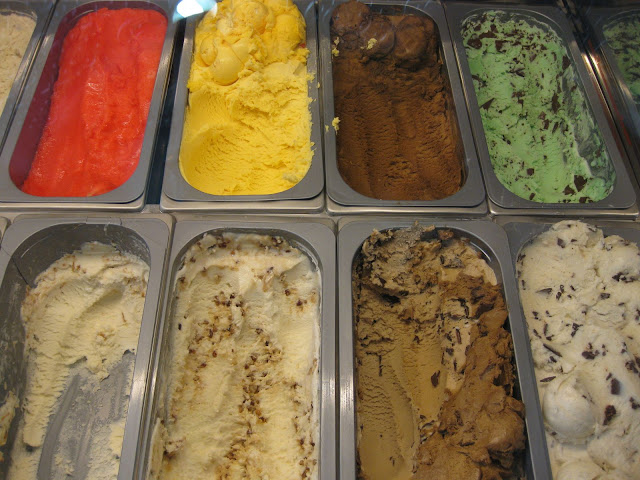 some darn good dulce de leche gelato! (above) and cheesy coconut pirates (below) 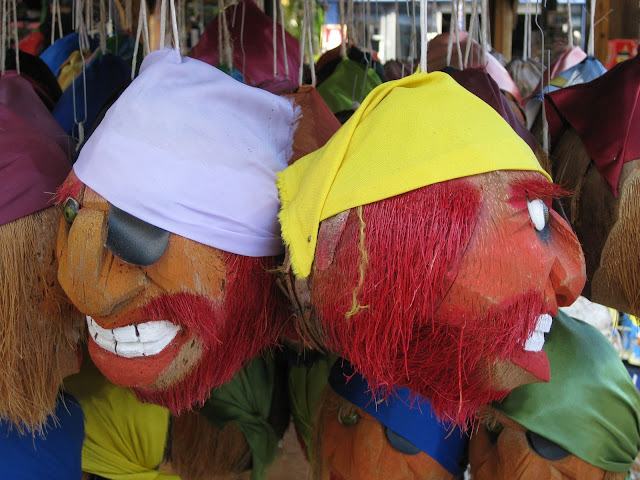 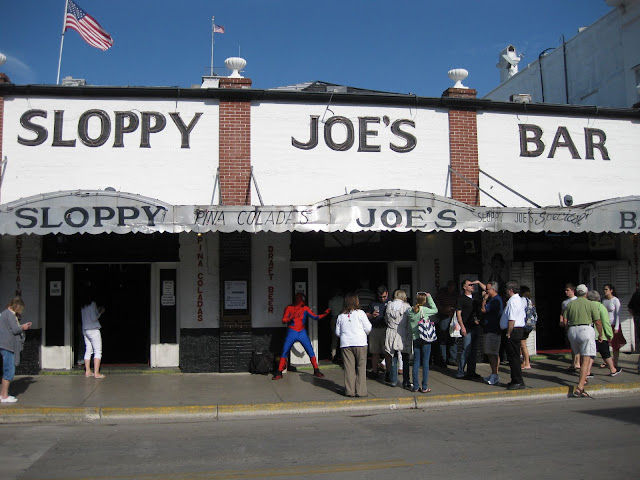 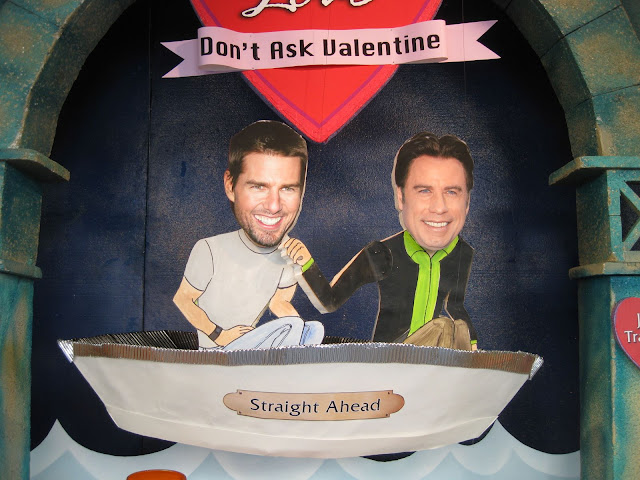 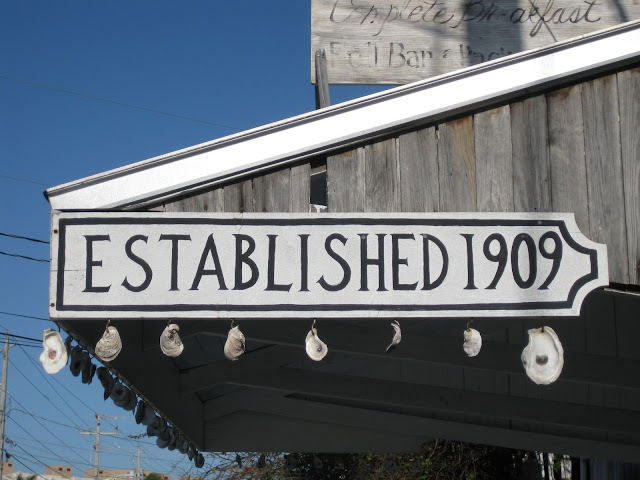 and the last - a shot of the oldest restaurant in Key West - Pepe's established in - you guessed it- 1909!

hope you enjoyed the brief photo tour and a shout out to the ghost of Trina for putting us on the path.
Posted by TOR at 9:41 PM