in Tunisia was actually among the best I have had on any group trip.  of course it helped that we were only eight, nine with Mohamed who joined us for about half the meals.  one of the things we had frequently was soup- often this would be our starter course because salads were restricted to places where it was verified that they washed the makings in purified water.

when we had salad it was excellent and I think I also mentioned that we had oranges at every meal.  really good juicy oranges! two other dishes that we were frequently served were tajine (an eggy souffle kind of thing with vegetables - that is named for the vessel it cooks in) and brik (brique, brick- not clear on the spelling.)

everyone has their own filling and their own technique.  some of ours had spinach and some egg and some veggies - each was excellent in its own way.

so here are some photos- of the brik- brique- brick.... 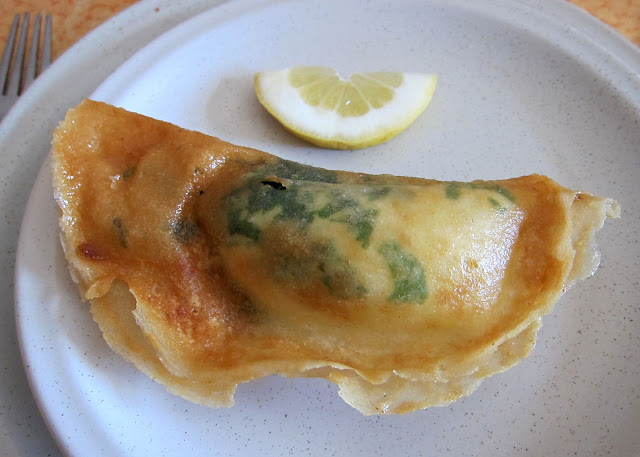 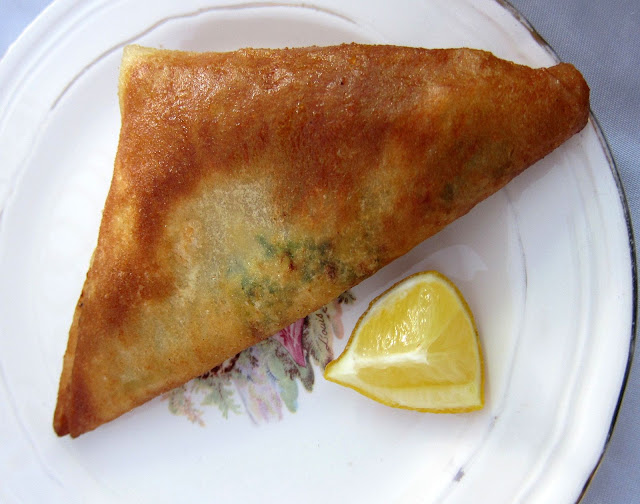 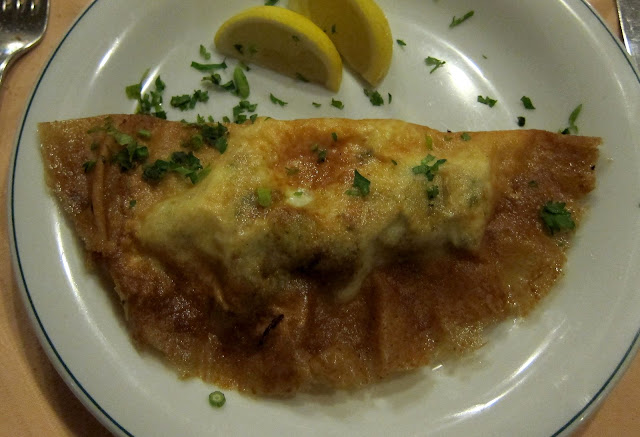 and a couple of tajines followed by the cooking vessel "tajine" 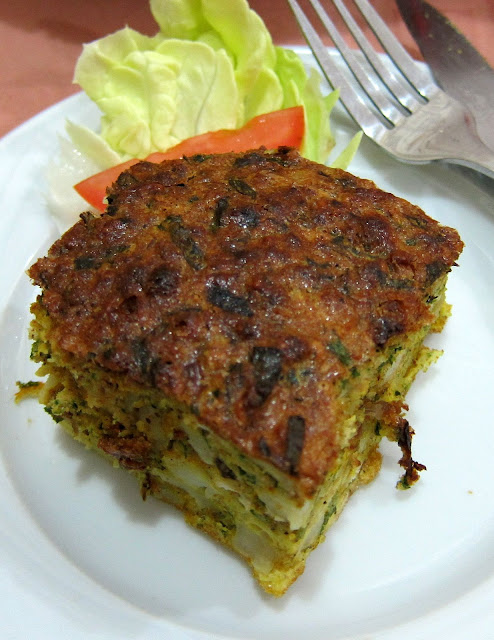 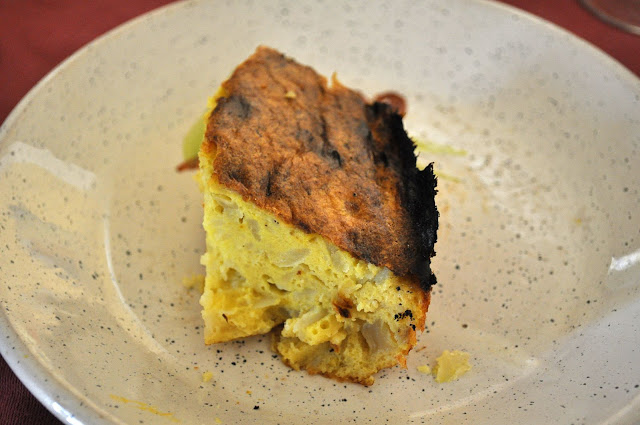 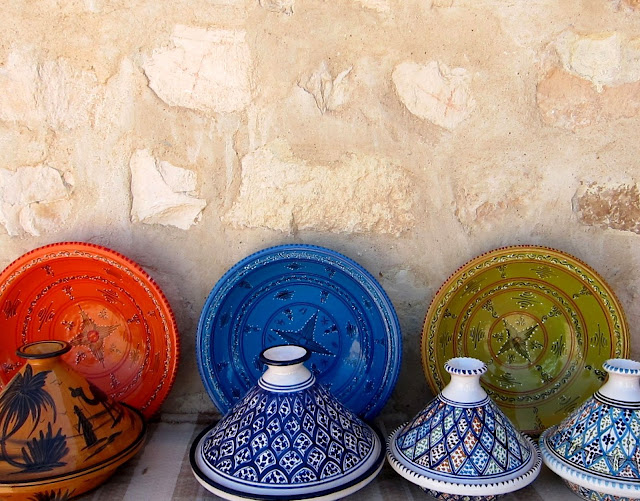 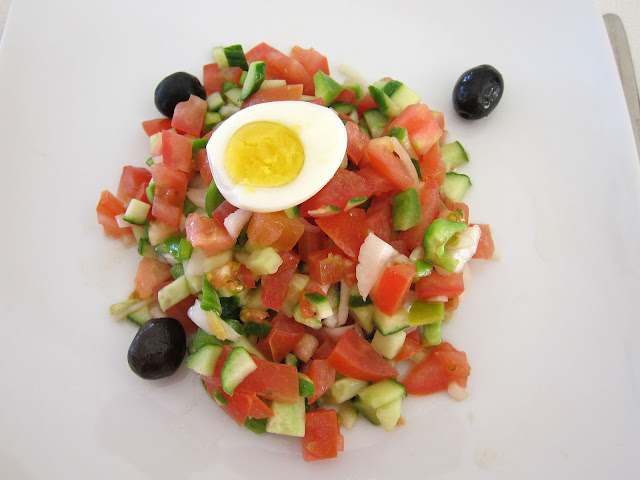 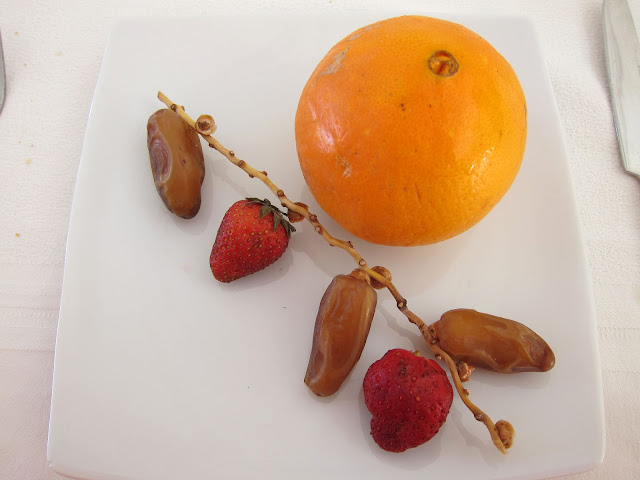 the dates were amazing- and seeing the date palm plantations in the oases was a real treat. until this trip I never knew dates grew on strands... silly city woman - 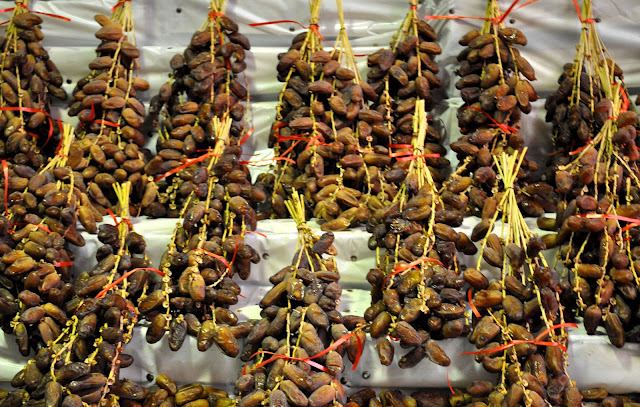 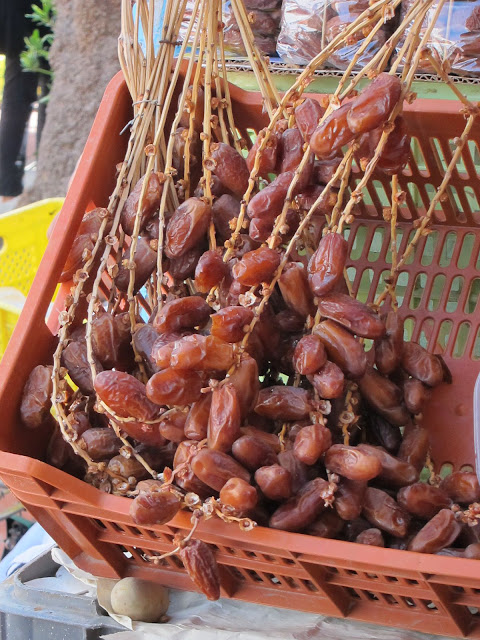 so that is a little more information on some of the food we had while we were visiting... oh and olives and harissa every lunch and dinner... along with generally excellent bread (occasionally a miss in that department but usually first rate.)
I do have an excellent olive photo from the Central Market in Tunis: 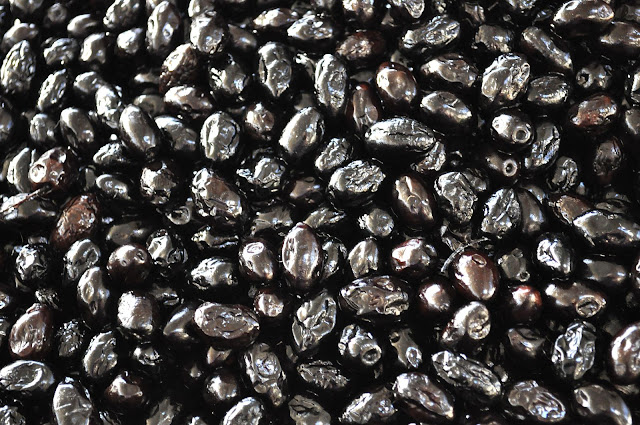 wow those look great- is there any reason we don't have olives twice a day here? I think it is an excellent idea and isn't the olive oil thing supposed to be heart healthy? LOL
Posted by TOR at 11:37 PM