A number of Libyan refugees have made prodigious use of their new found access to liquor, scarce in Libya. At the Hotel Sangho, one of just three establishments in Tataouine licensed to sell alcohol, nightly sales of Celtia, the local beer, have risen almost eightfold, to 180 bottles.  “They ought to be over there fighting, not here drinking,” said Dab Abdel-Kader, 28, who works the night shift at the bar at the Sangho. Libyan men brought four prostitutes to the bar last week, he said, and fights broke out.

You may even recognize this photo from an earlier blog post: The pool in the evening - 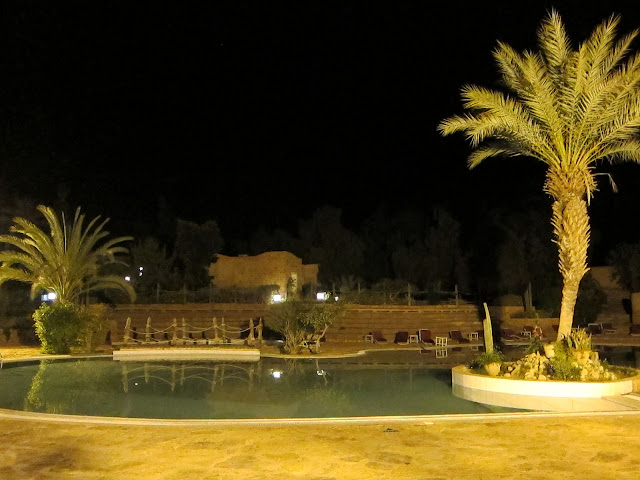 Here is another - the door to my room - comfortable if not luxurious.... 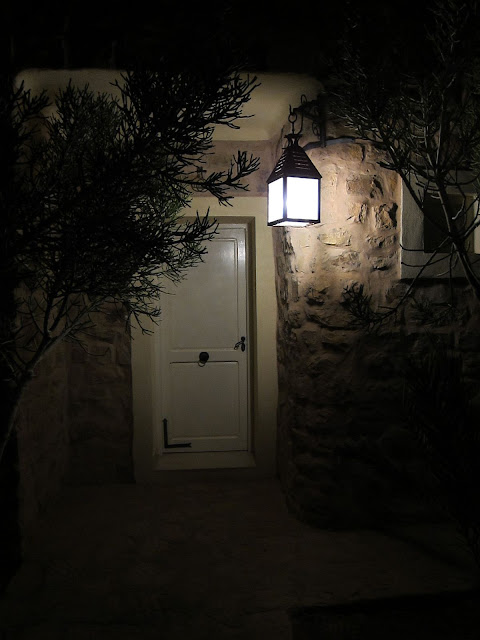 the hotel was actually pretty nice  and we wouldn't have gone near the bar anyway, as it was billowing cigarette smoke into the lobby area nearby. but apparently even when we were there, an incident of boorish behavior happened and Mohamed intervened to help out the hotel manager.

a group of  20-somethings came to the hotel and were drinking and demanded that they be allowed to bring their friends back to the hotel (even though they were not staying there) to use the pool and the hotel manager tried to be nice and tell them no in a round-about way and they got rude.  Mohamed got angry about their rudeness to the hotel staff and told them to leave.

I guess I was clueless about the bar patrons when we were there except for the annoying smoke...