the not so wonderful

part of being in Tunisia recently was hearing about how tourism is down 90% and how so many people who depend upon tourists are suffering from bad economic times.  Tunisia is a lovely country to visit and has much to offer both tourists and travelers.  tourists come for beaches and package deals and generally never leave the resort areas they visit for some time in the sun.  but now would be the very best time for travelers to visit.

think of it.  UNESCO world heritage sites pretty much to yourself.  how frequently can you say that is the case? Jennifer and I went to Cambodia and Vietnam in 2003 during the SARS epidemic and found that all the sites were virtually deserted.  Ta Prohm the "Laura Croft" filming location was ours alone.  I think we saw less than a handful of tourists there.   at My Son in central Vietnam not far from Hoi An we encountered exactly two other travelers - two guys from Australia.  I mentioned before that when we visited Petra in January of 2001 there were less than 200 tickets sold that day when usually there would have been over a thousand.

I can't begin to describe how much easier it is to imagine these places in their heyday when the tourists aren't lining up for the perfect shot to have themselves inserted into, which is the scene my husband I had to deal with upon my return and his first visit to Ta Prohm in Cambodia.  not only are we needed in places that might appear to be off limits- it is positive for us and for the country so in need of support.

so take this as my plea to keep an open mind- now might be just the time to not only see Tunisia but also Egypt's wonders.  I imagine that the deals won't be better for a long time and it could be a win/win for all. 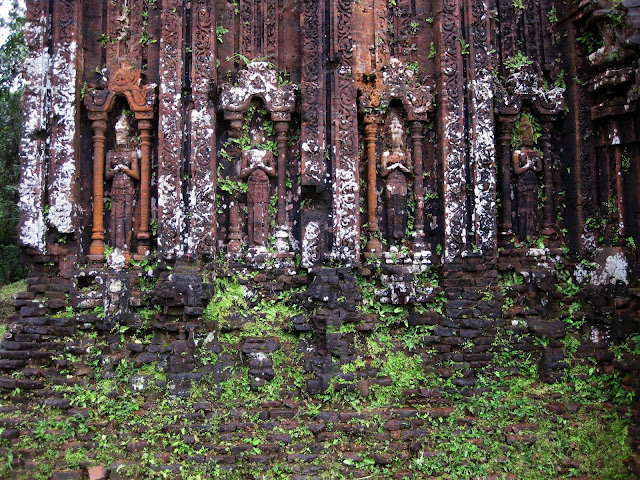 My Son in Central Vietnam 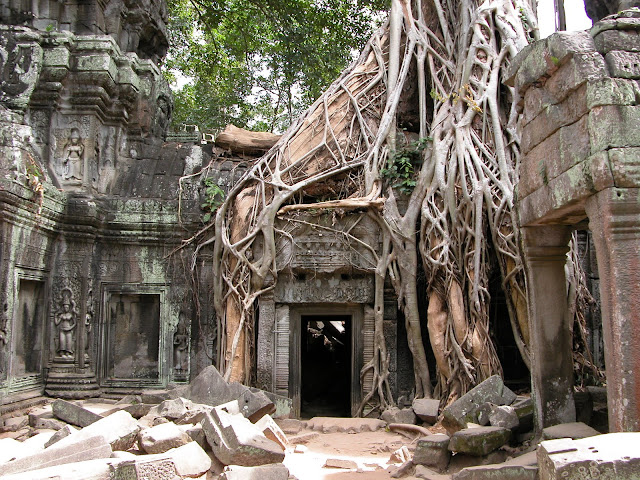 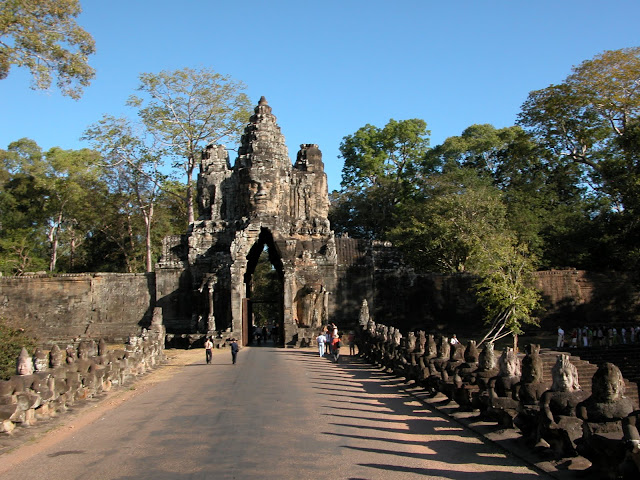 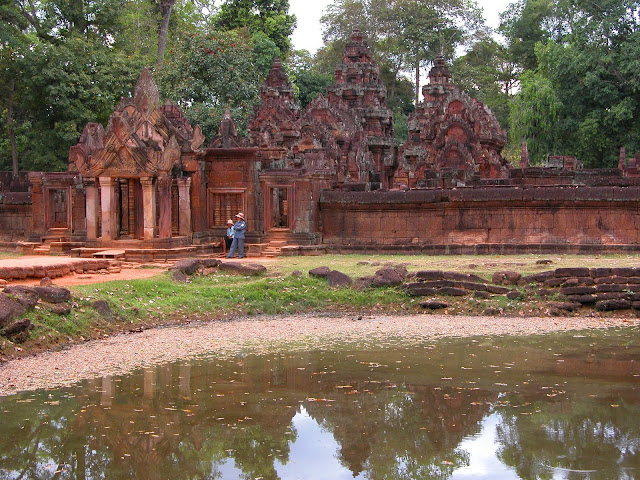 This site (Banteay Srei)  is out of the way and as you can see, only the guards were there the day we visited.
the world is flat and now everyone can go everywhere.  there are so few places left where you can feel like a discoverer - why not take advantage of the opp﻿ortunities we have right now in north Africa?  LOL I may have just convinced myself to go back to Egypt...LOL
Posted by TOR at 5:50 PM