but all was cured when we stopped at Audrey's restaurant for their Thursday special turkey dinner - especially when we found out one of the soups at the soup and salad bar was mac and cheesburger soup... gotta love rural America! 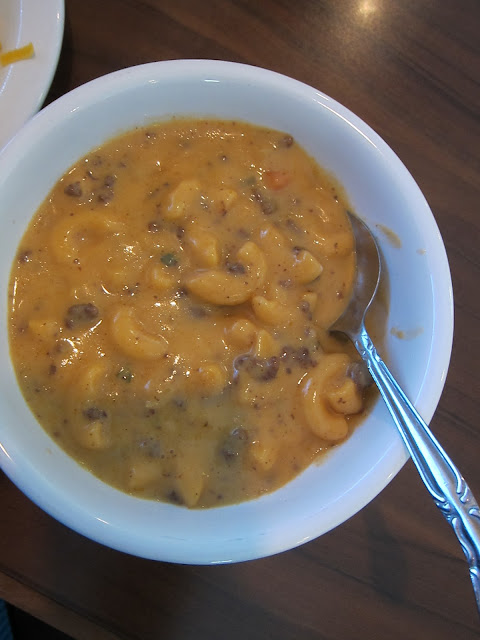 before we left the US came upon the baber ship (not misspelled) and the mangy moose: 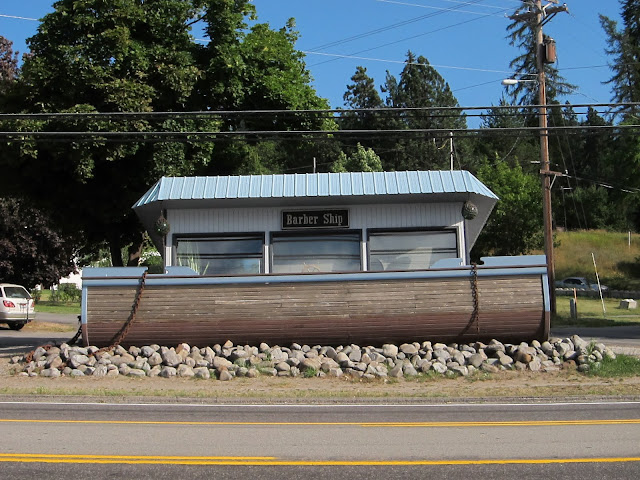 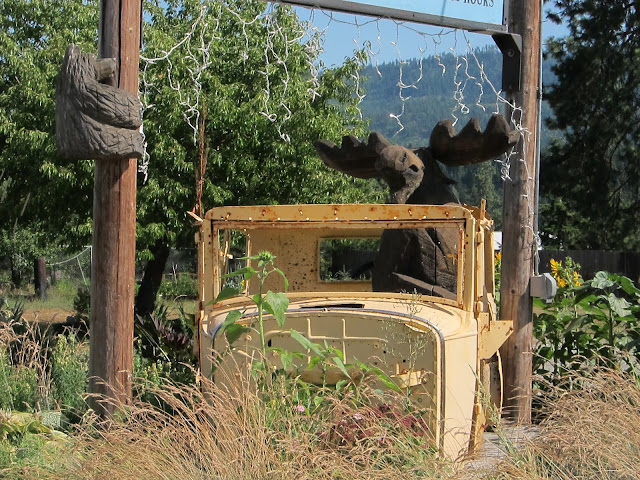 waited fifteen to twenty minutes to cross the border into BC at around 5:30 PM  and made it as far as Cranbrook where we checked into cheapish hotel and headed to Heidi's for dinner where you could get empandas and schnitzel along with papusas- LOL truly international cuisine in the heart of downtown Cranbrook BC! 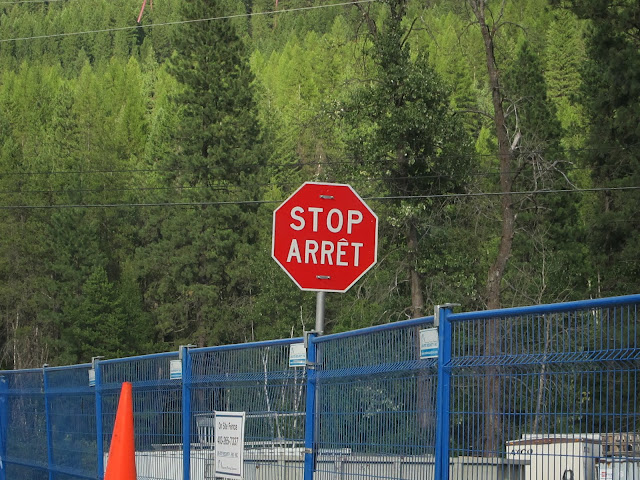 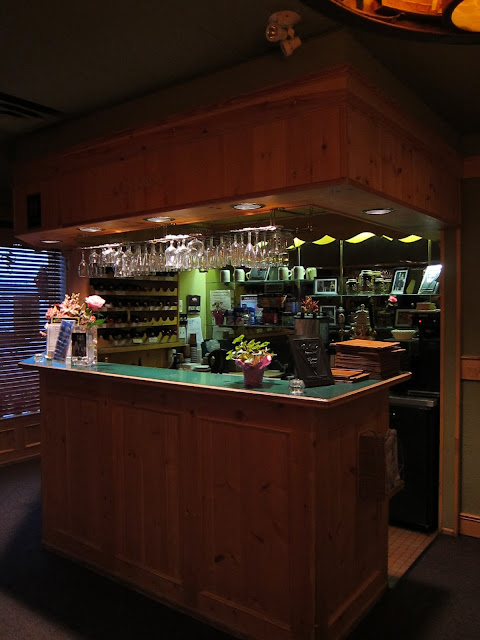 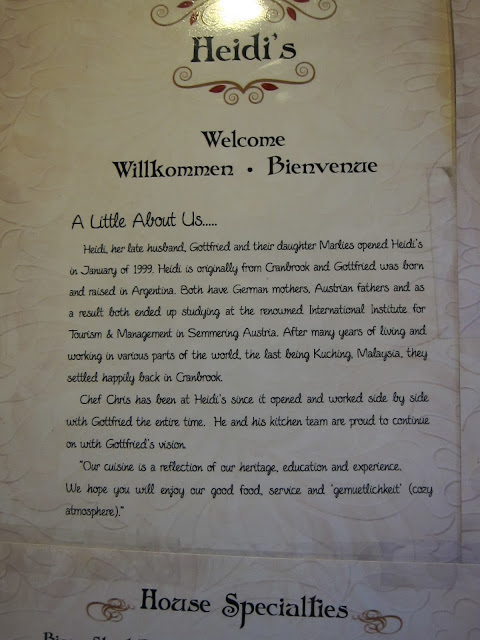 Email ThisBlogThis!Share to TwitterShare to FacebookShare to Pinterest
Labels: canada, us border