well I can't believe it is already September- I would say where did the summer go but I know where it went...

it went away--- as in "we've been away" - a month in Africa, a week in the Pacific Northwest and a week in Canada- the time does take wing.

my travel buddy Jennifer (Tunisia most recently) and I have decided to try to get into Cuba next year on a "people to people" humanitarian trip- it is run through a couple of foundations that focus on the arts and hand-craft artisans.  the trip we are looking at is about two weeks but space is limited.  you can read about Jennifer and my travels in an earlier post from the beginning of 2011 called "danger zone" and then of course she is featured prominently in all the Tunisia posts from April and very early May-

so I thought this might be a good entry to go back in time to one of our earlier trips but first I wanted to comment on something I really liked in the Canada photo book- I try to have some fun with the groupings in the book and especially like to pair things that I see as having some sort of affinity- others may not see them in the way I do but here is one of my faves in the newest book: 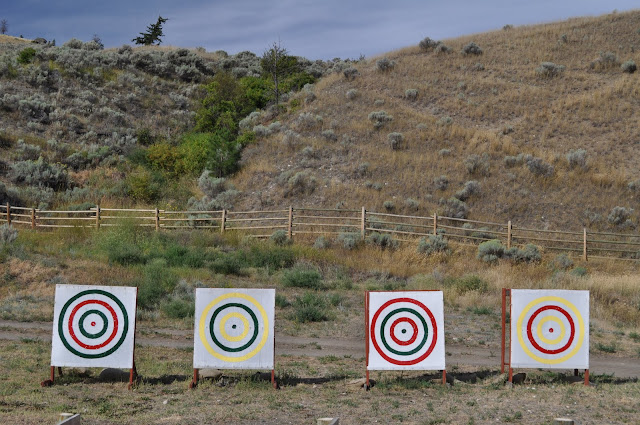 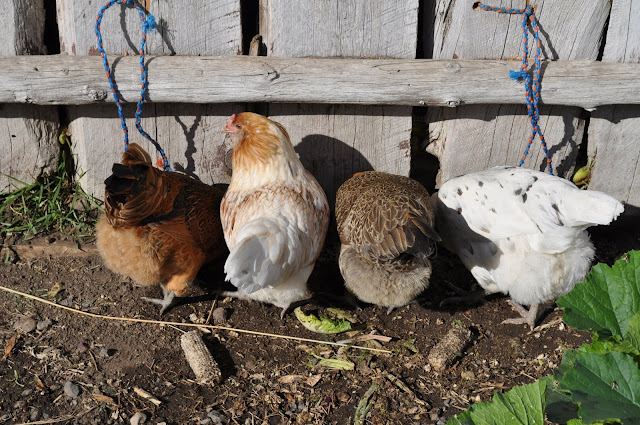 of course the chickens didn't see this quite the way I did but I got a good laugh about it....

anyway back to a trip Jennifer and I took in the year of SARS--- to SE Asia... LOL- and no we hadn't lost our minds...we ended up with the UNESCO world heritage sites to ourselves- so here are some photos: 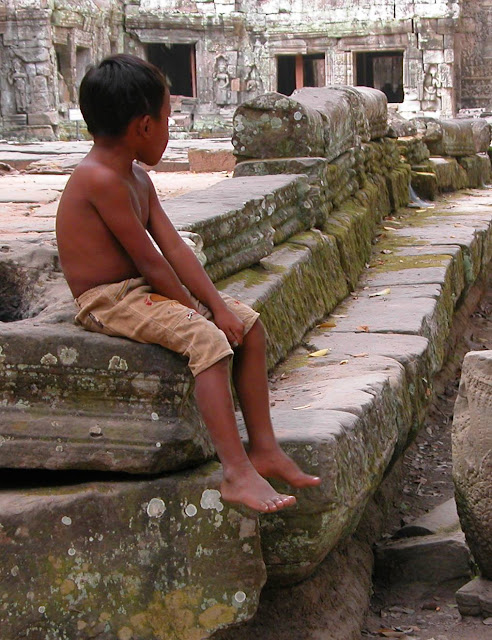 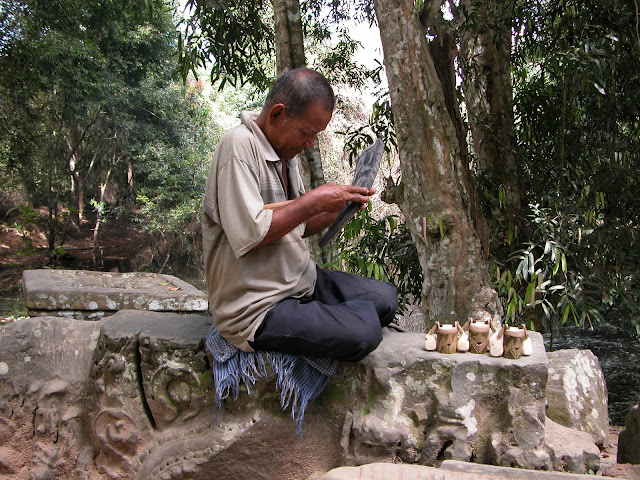 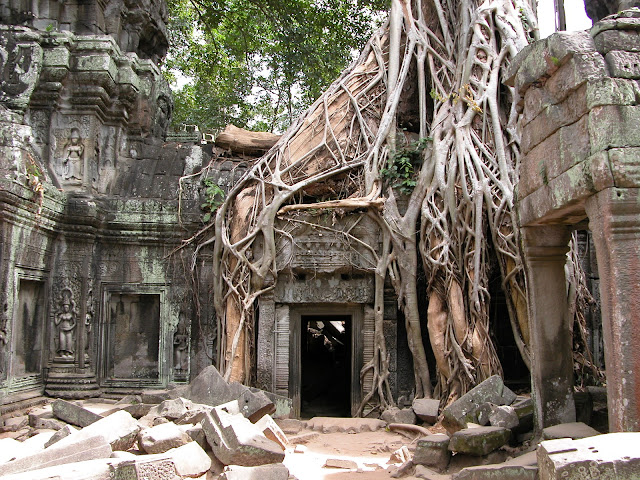 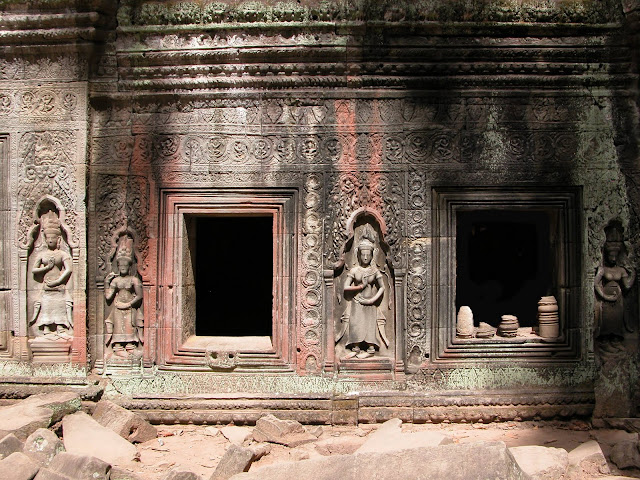 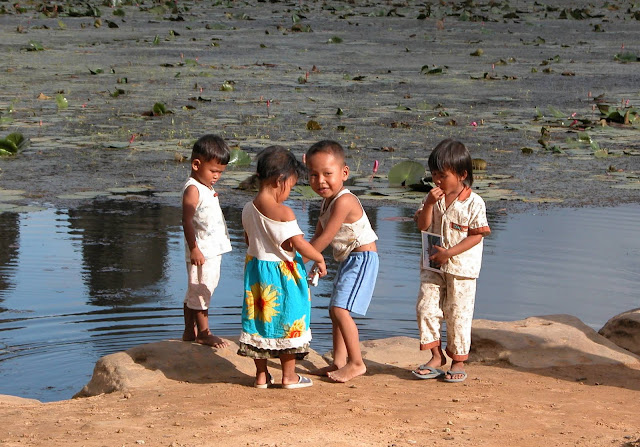 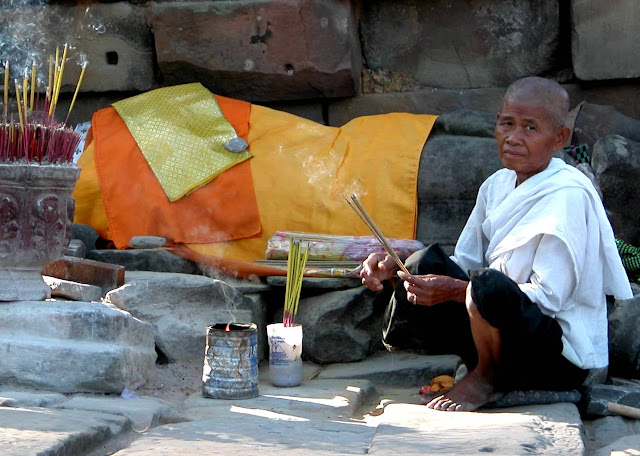 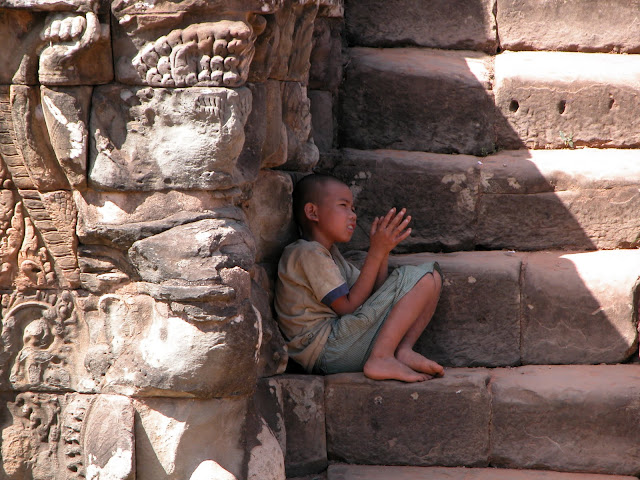 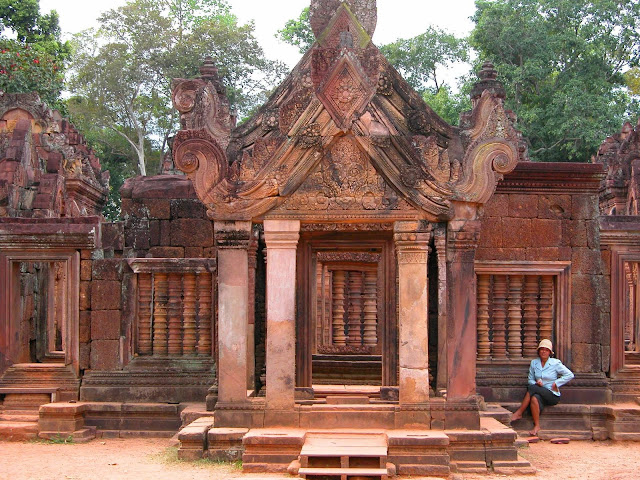 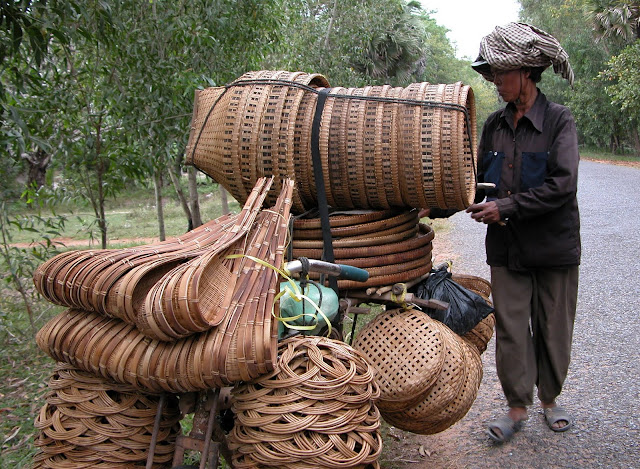 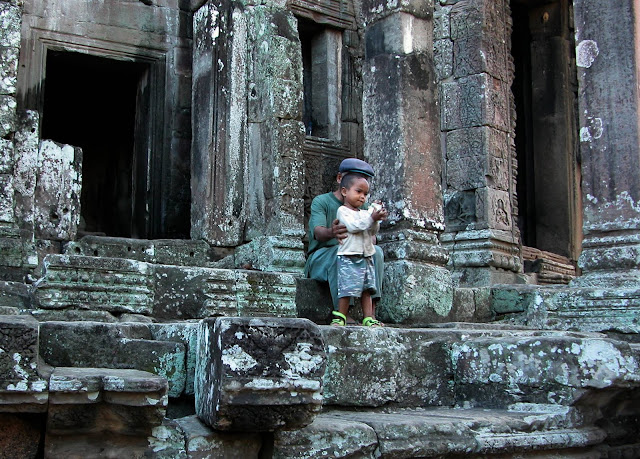 two years later Phil and I went to Siem Reap and the places were crawling with Japanese tourists posing for photos in every "window" and doorway and climbing on the ruins to pose giving peace signs to the camera holders... so the pictures above are a photographic explanation of why to go when there are fewer people- in like - say - for instance - Cuba... yeah- that's an idea....Cuba!

oh and did I mention that I am going to Bolivia (on my list for the last three years) next August?

hope the Labor Day weekend brings rest and relaxation for all!
Posted by TOR at 6:18 PM