of waiting and our friends Mark & Laura finally got tickets to Bayreuth for the Wagner opera festival.  Mark is the opera buff but even Laura raved about how wonderful it was... and that reminded me of the time Jennifer and I took a vacation to the Bregenz Festspiele (HA who knows how to spell that one??? LOL)

we first went to Salzburg and had a couple of lovely days there- we stayed in this really cute hotel that looked like an over  sized Swiss chalet- out in the country but very near a bus line to Salzburg - then we picked up a car and drove around the area- seeing among other things - the salt mine - a scenic route through the Alps and the Konigsee in Bavaria near Berchtesgaden.

then we went on through Austria to Bregenz on Lake Constance which is also known as the Bodensee.  it sits on the border of Switzerland, Germany and Austria.  the festspiele was wonderful - they have three parts - an opera on the lake (in our case Il Trovatore) an opera in the opera house (Philip Glass' House of Usher) and a concert on the lake (Vienna Philharmonic).

it was all great and in the meantime we got to explore the area- which is surrounded by mountains.  after the festspiele we left Bregenz and headed to Liechtenstein to celebrate their bicentennial.  from there we went to Innsbruck for a couple of nights - dropping off the car right away.

after a couple of days there we head south by train to Venice... as that was the deal- I would go to Salzburg and let Jennifer practice her German if we could include time in Venice.  it was a really good trip that I hadn't thought about in a while until we saw Mark and Laura on Saturday night and got the run down on their opera based trip...

and here are some photos to illustrate the fun times we had... first Salzburg- everything Mozart- from bridge to eggshells! 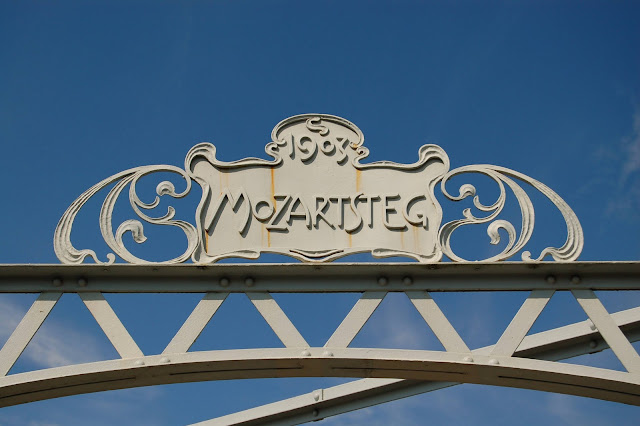 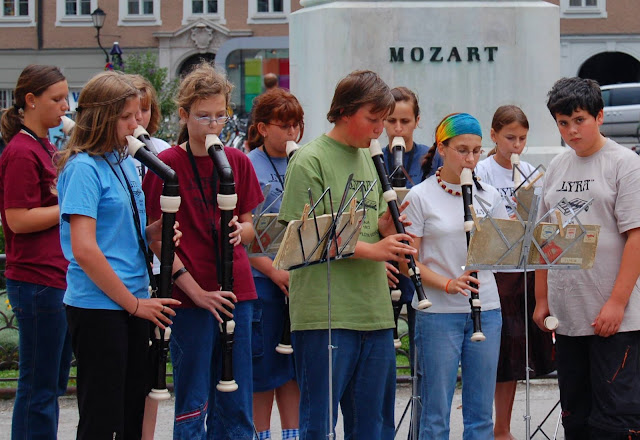 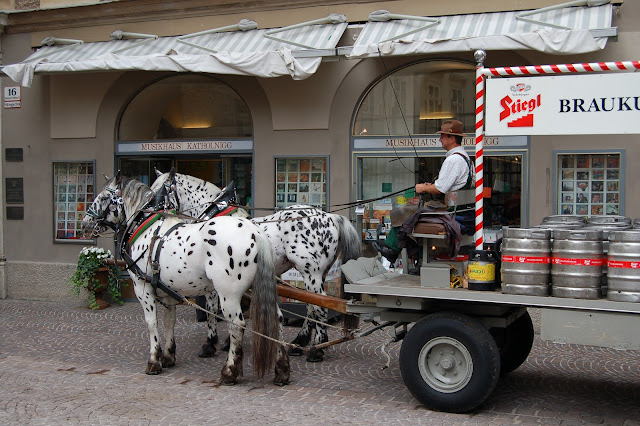 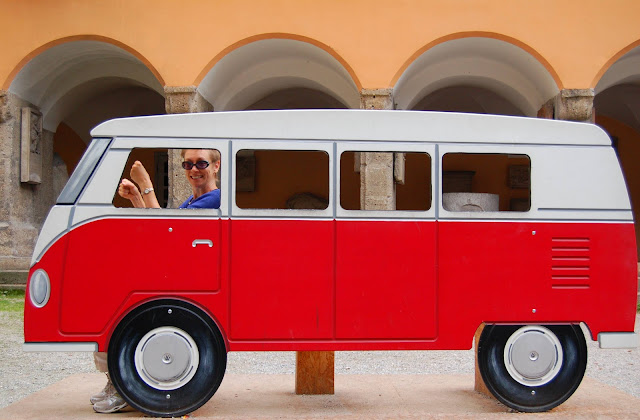 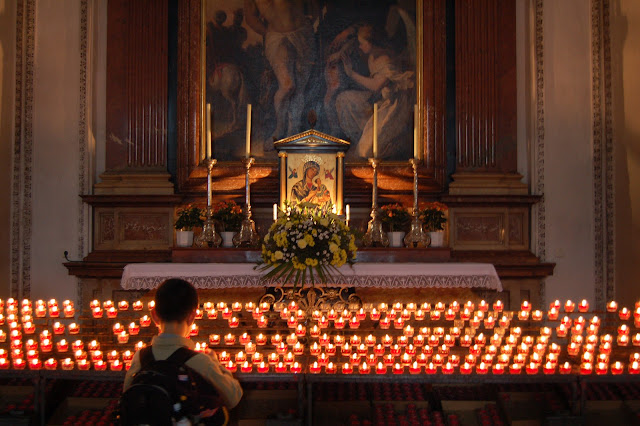 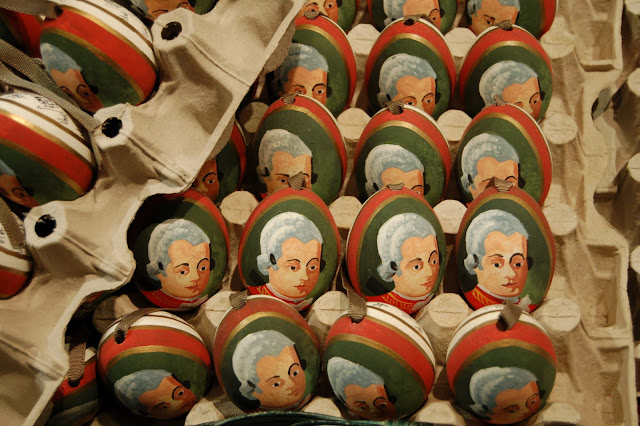 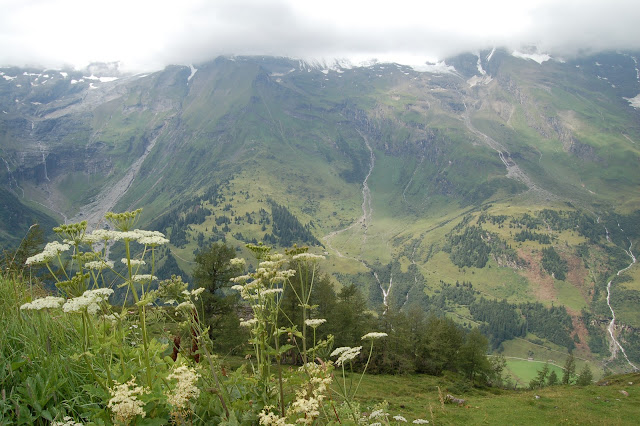 even in the wilderness they provide "facilities" LOL 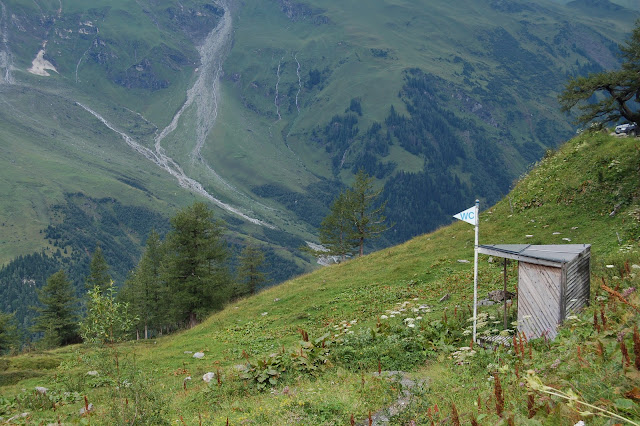 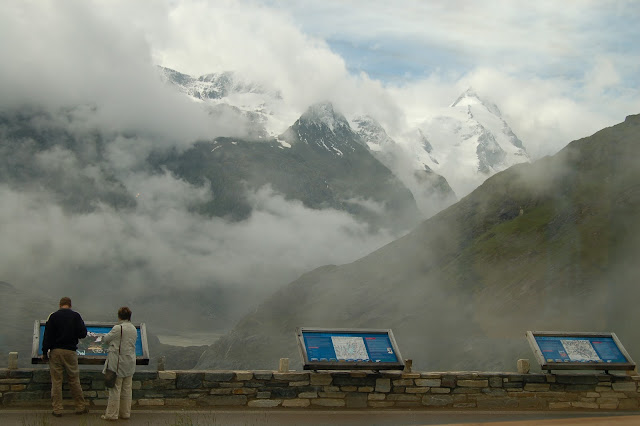 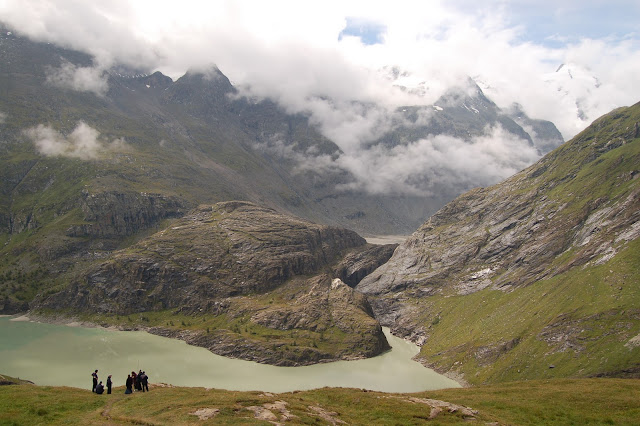 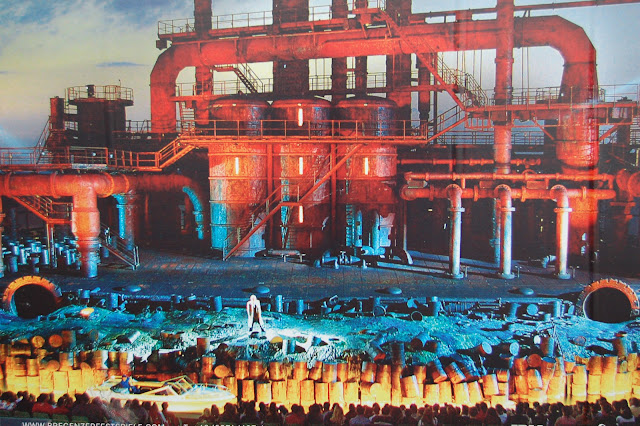 the opera set during the day- a photo taken by me- did I mention they some of the performers arrived on the scene - on stage - in a Mercedes convertible - LOL- it was a BIG BIG stage! during the Anvil Chorus the glass wall was up and that is where the hoi polloi pounded their "hammers" - but during most of the opera the glass wall was down and much of the action took place up in the scaffolds and cat walks... quite exciting staging! 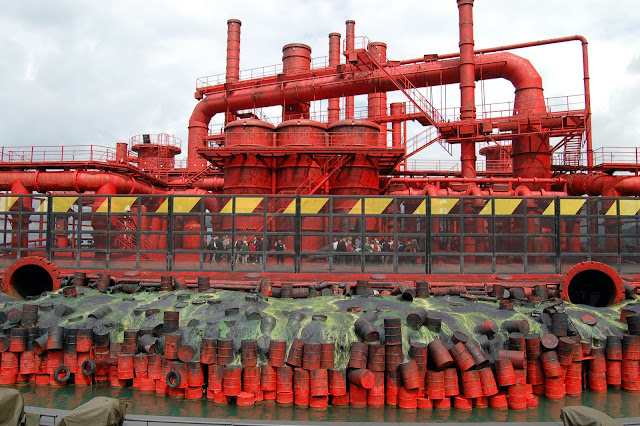 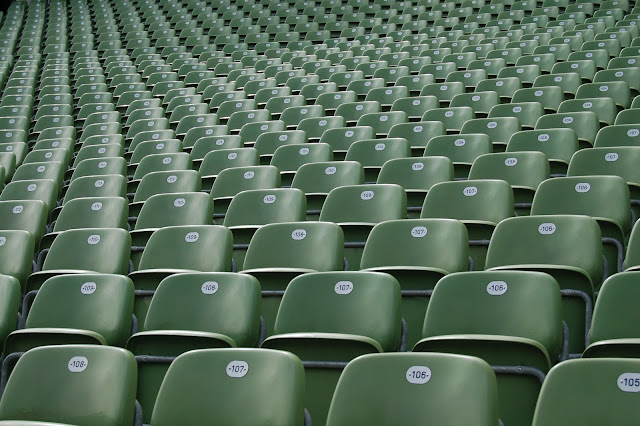 a view from above town, down on to Lake Constance- the opera stage is the red thing jutting into the lake between the cables for the funicular/tram 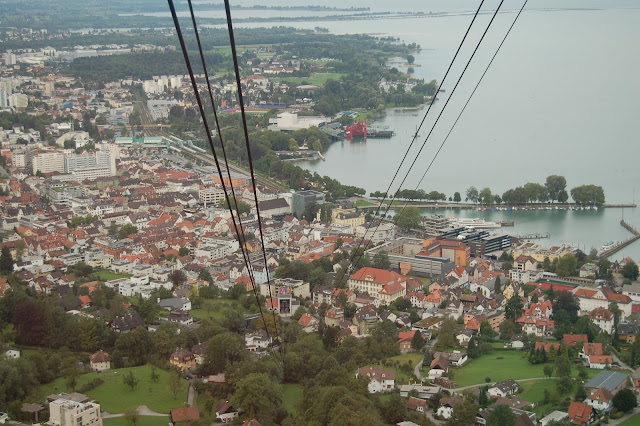 we took an afternoon boat trip on the Bodensee... 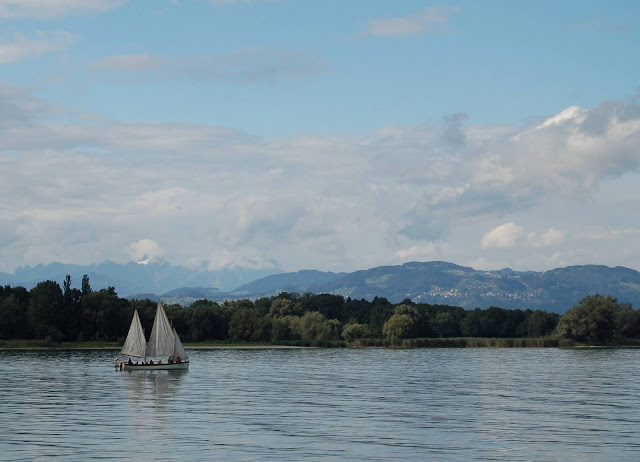 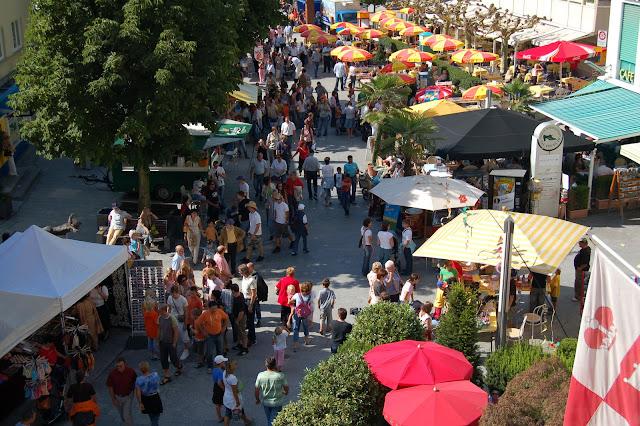 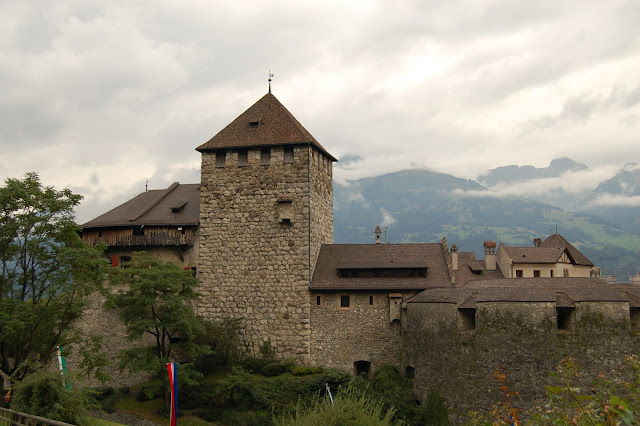 then Innsbruck - where I bought a new pair of sunglasses LOL 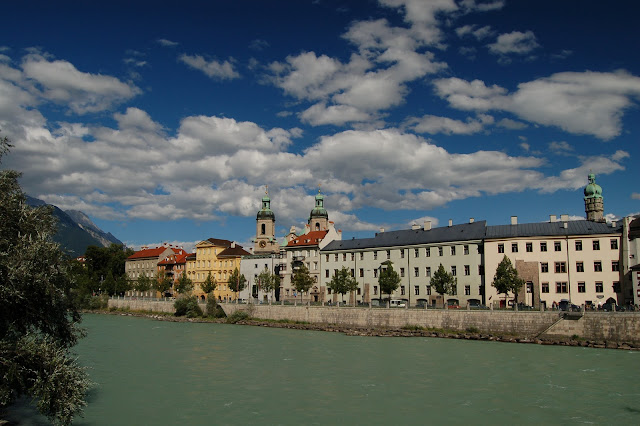 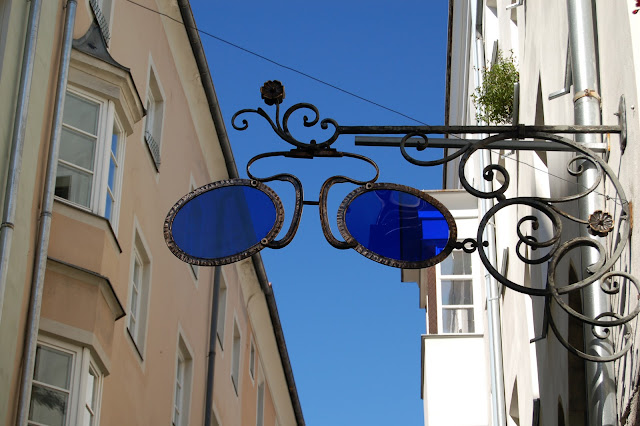 the sign was for the shop- LOL- these were not the pair I bought... mine were more sized for my head/face... and did not clip onto my nose LOL

then on to Venice - La Serenissima! 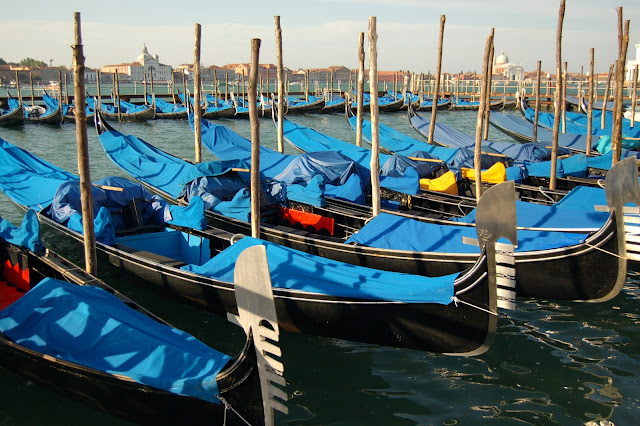 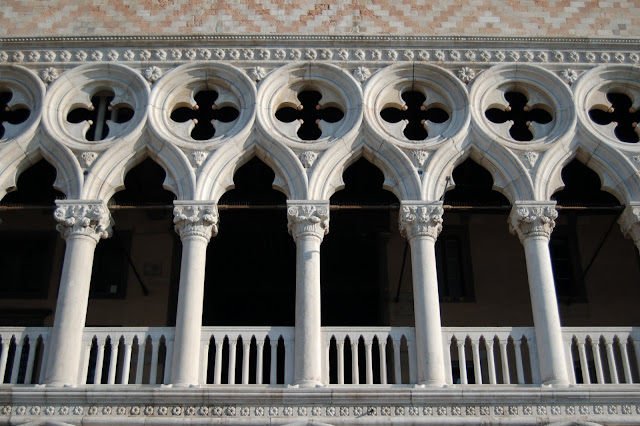 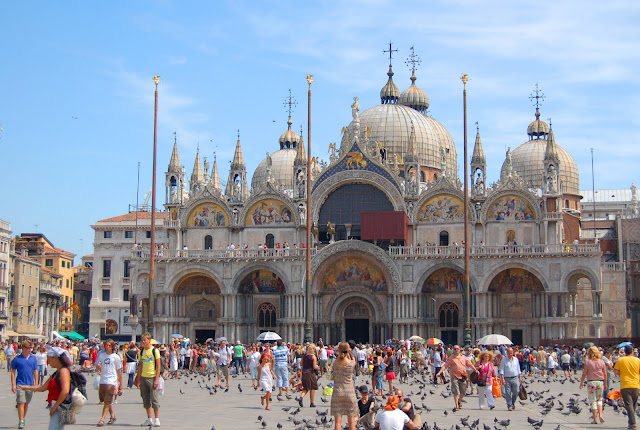 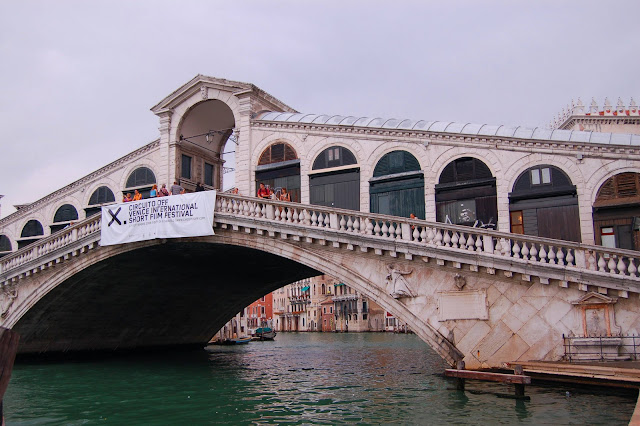 let's leave today- Venice- incomparable - the sound of footsteps on bridges- for centuries...

and a few more fun photos - gondoliers on the Grand Canal 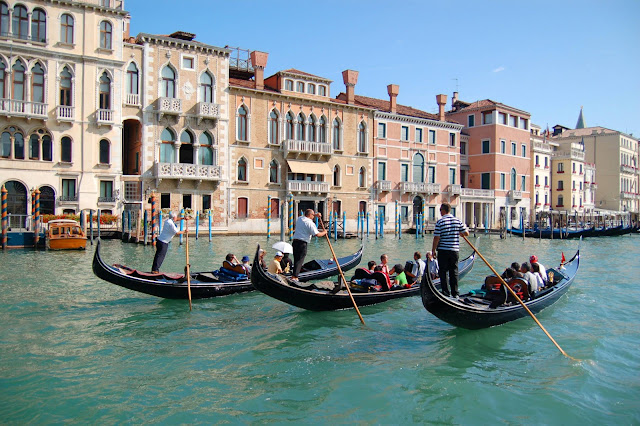 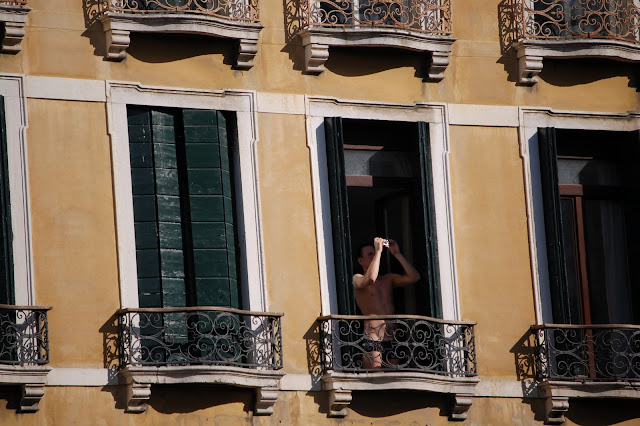 all in all a pretty perfect trip!  but then most of them are overall- the only exception I can think of is Ireland- LOL - see the ha ha ha post of last December 24th ....