anyway- by this time tomorrow we will be winging our way to Istanbul and by this time Wednesday we will be there.... the more I read in preparation for the trip the more excited I am to see everything.  even the return to Istanbul should be a nice brief review of the highlights.

I am especially excited to be able to see the perched villages with their whitewashed walls and blue roofed buildings- oh and windmills- yes I do actually recall wanting to visit the Greek islands as far back as when I was 9 or 10 when I saw the 1964 Hayley Mills movie The Moonspinners! it looked so foreign and exotic and I was a HUGE Hayley Mills fan-

later I learned that the movie was mostly filmed in Pinewood Studios in Great Britain (how disappointing) but I was already long smitten with the idea of the windmills- I am 90% sure they were supposed to be on Crete (which remains on my "to be visited" list even after this trip) but I think I will still get to see windmills on one or more of the seven islands we have on our itinerary. 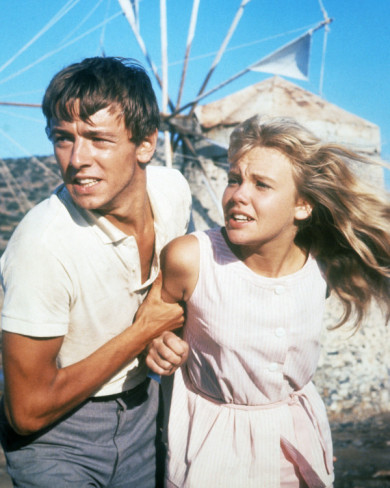 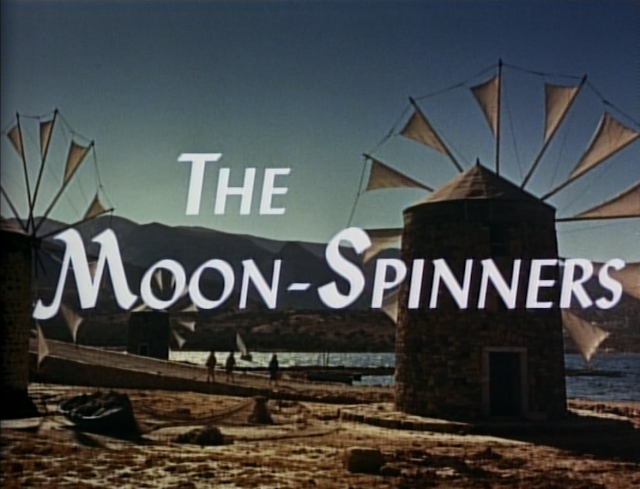 something tells me - now that I am more savvy about science than I was at eleven- that the windmills will be found on the hilltops rather than the beach as shown in this photo above- but who knows.... will keep you posted- LOL

here by the way is the plot summary of the complex Disney movie (from the IMDB):

Young English girl Nikky and her aunt arrive at the Moon-Spinners, a hotel on Crete, to a less than enthusiastic welcome. The coolness of the owner is only out-done by the surliness of her brother Stratos, recently back from London. But then there is nice English lad Mark to make friends with, at least until Stratos and his pal take a shot at him one night. When Nikky helps him hide she finds the Greeks are after her too.

check out this blog post of someone else altogether--

wonder who she is... have to book mark it for further investigation- LOL
Posted by TOR at 6:10 PM