a bunch of years ago I read a really good book called "Carter Beats the Devil" about a magician in the early 20th century.  I was reminded of the book (and how much I liked it) last night when we went with Sheila & Mary to a performance of Death & Harry Houdini a production of the House Theater Company. the play, a revival, was staged in honor of the ten year anniversary of the company and had been their first production a decade ago.

the evening's entertainment was broadly staged (in the style of the era) with a lot of hyperbole in introductions of the characters and the various feats of prestidigitation and other acts of "escapologist"  Harry Houdini.

basically it gave a bare bones overview of Houdini's life and career intermixed with magic tricks and escape-artist acts. I personally would have like to have seen more tricks and spent less time with Houdini's horror of a mother but everyone else seemed enchanted with the mix as it was.

however, in general- an excellent evening of entertainment- and recommended (but go now as the show has been held over and won't last forever) 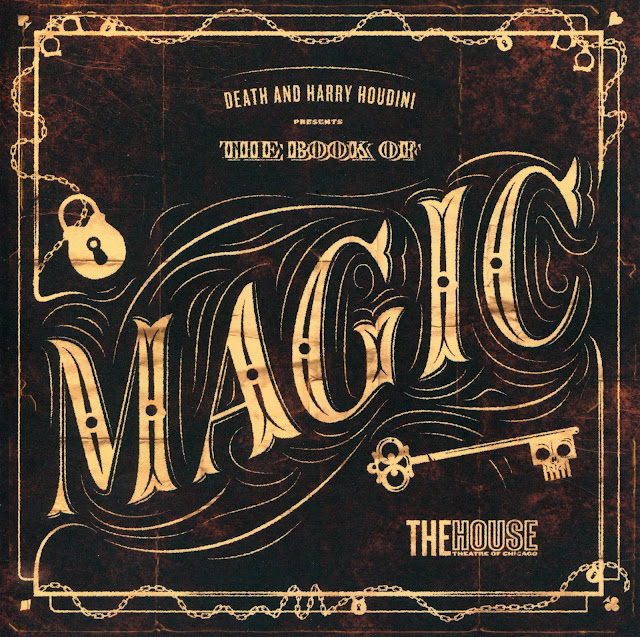