Ten incredibly jam packed days of films of all sorts- short ones, long ones, narratives, documentaries, animated - you name it... The hardest part is deciding what to see and then how to avoid conflicts between choices--- 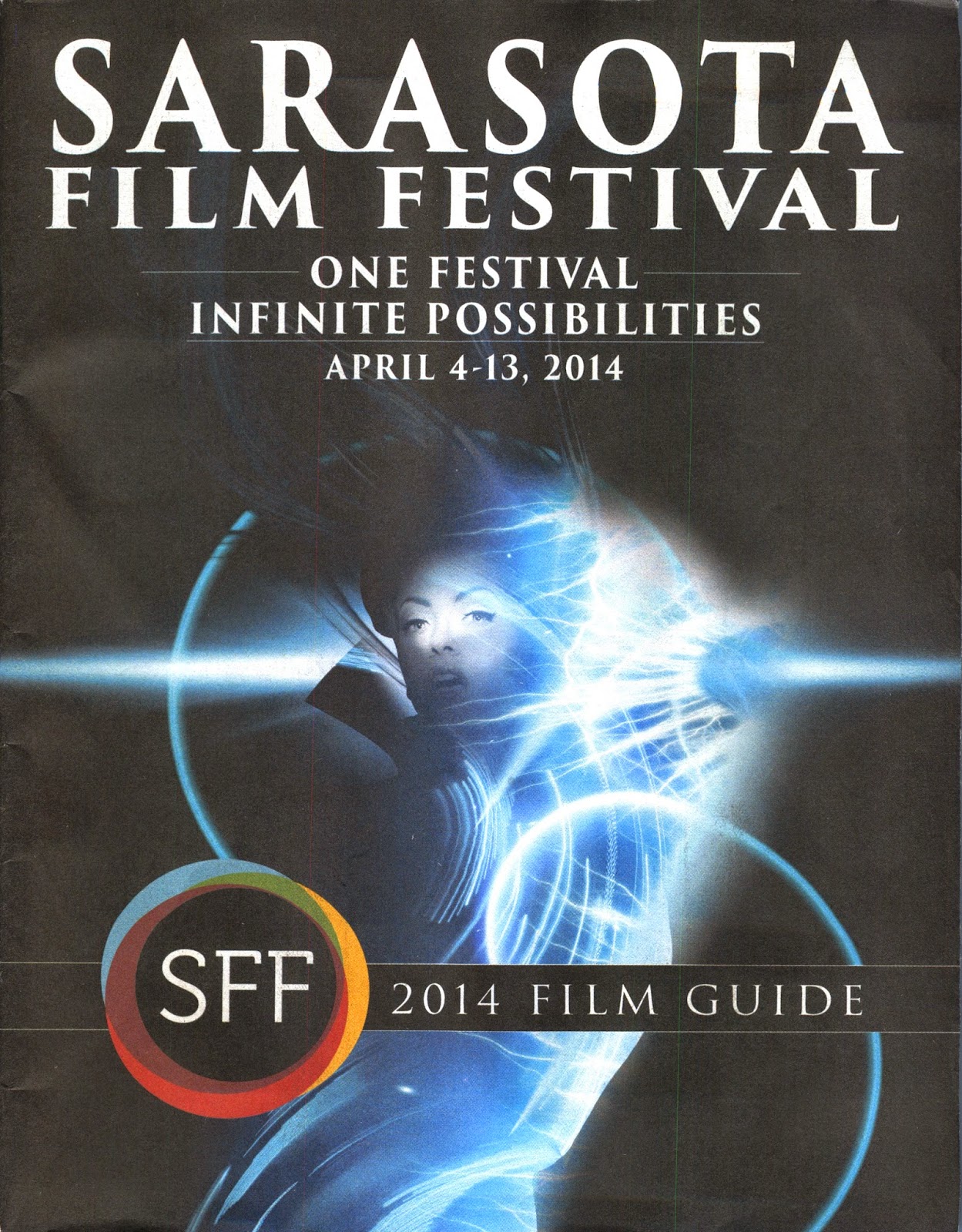 I am not kidding- I missed out on two movies that were in conflict with two other ones I wanted to see- here are two days of the schedule- you can see I am not making this up.... 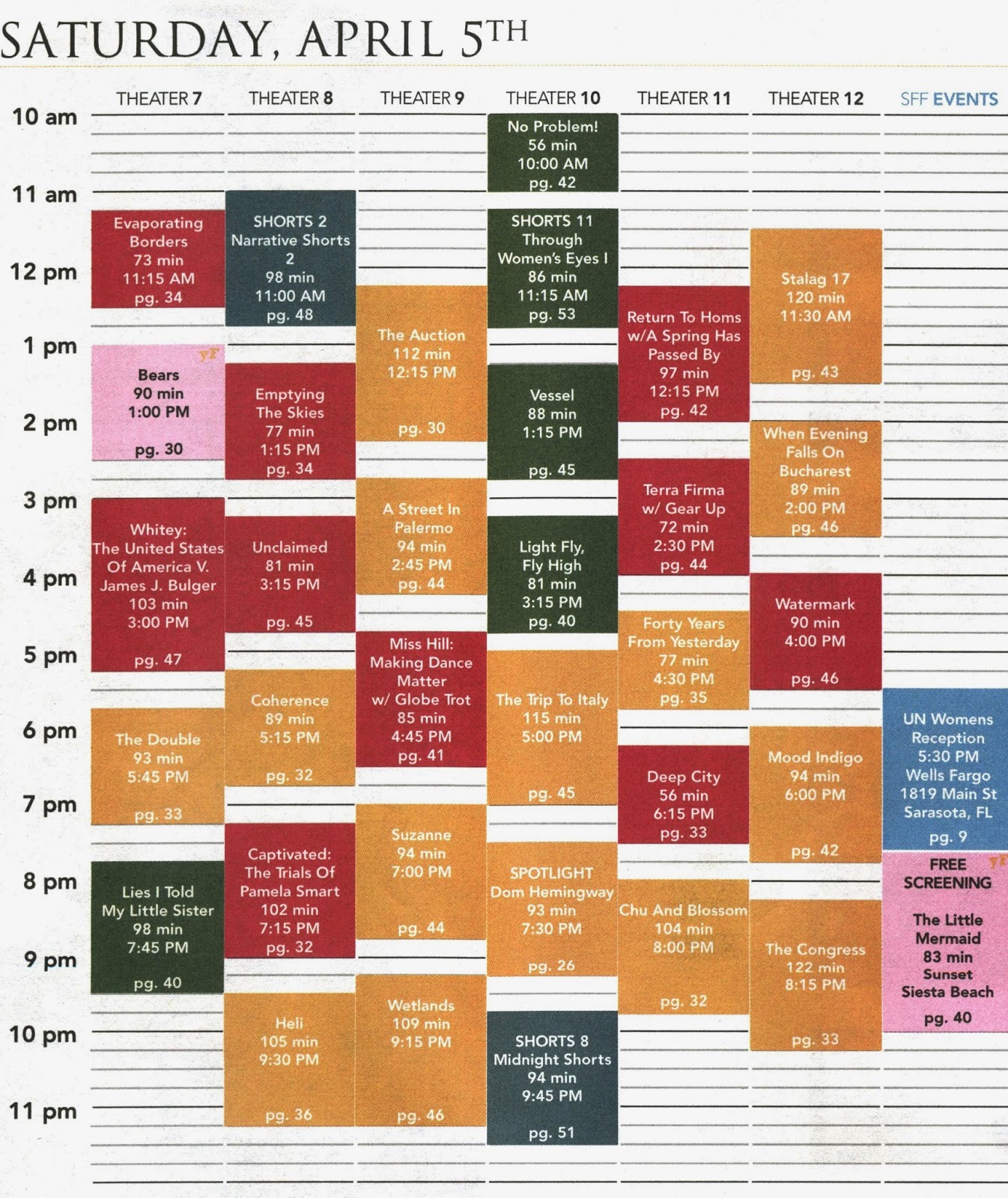 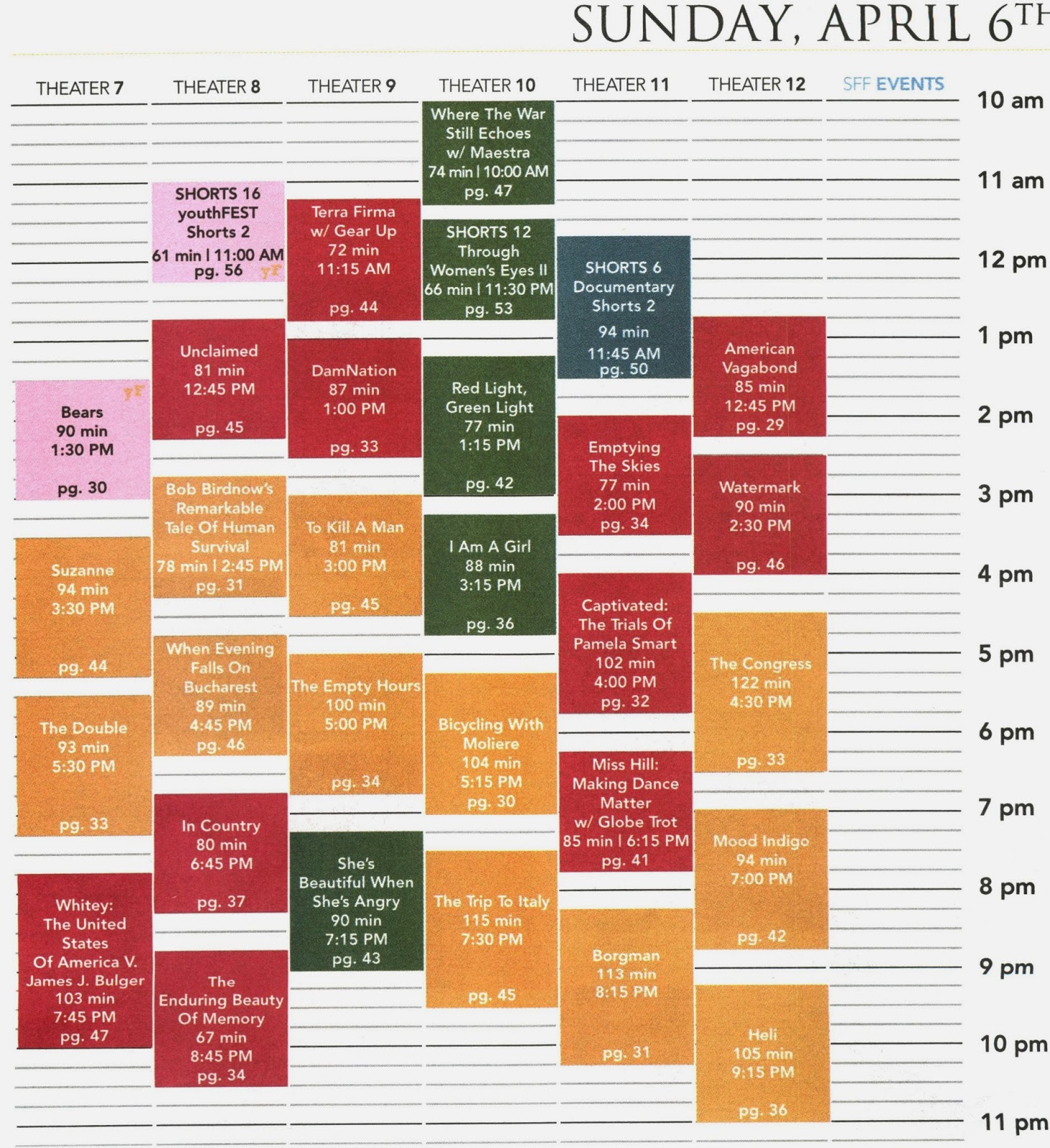 so today I saw two films - 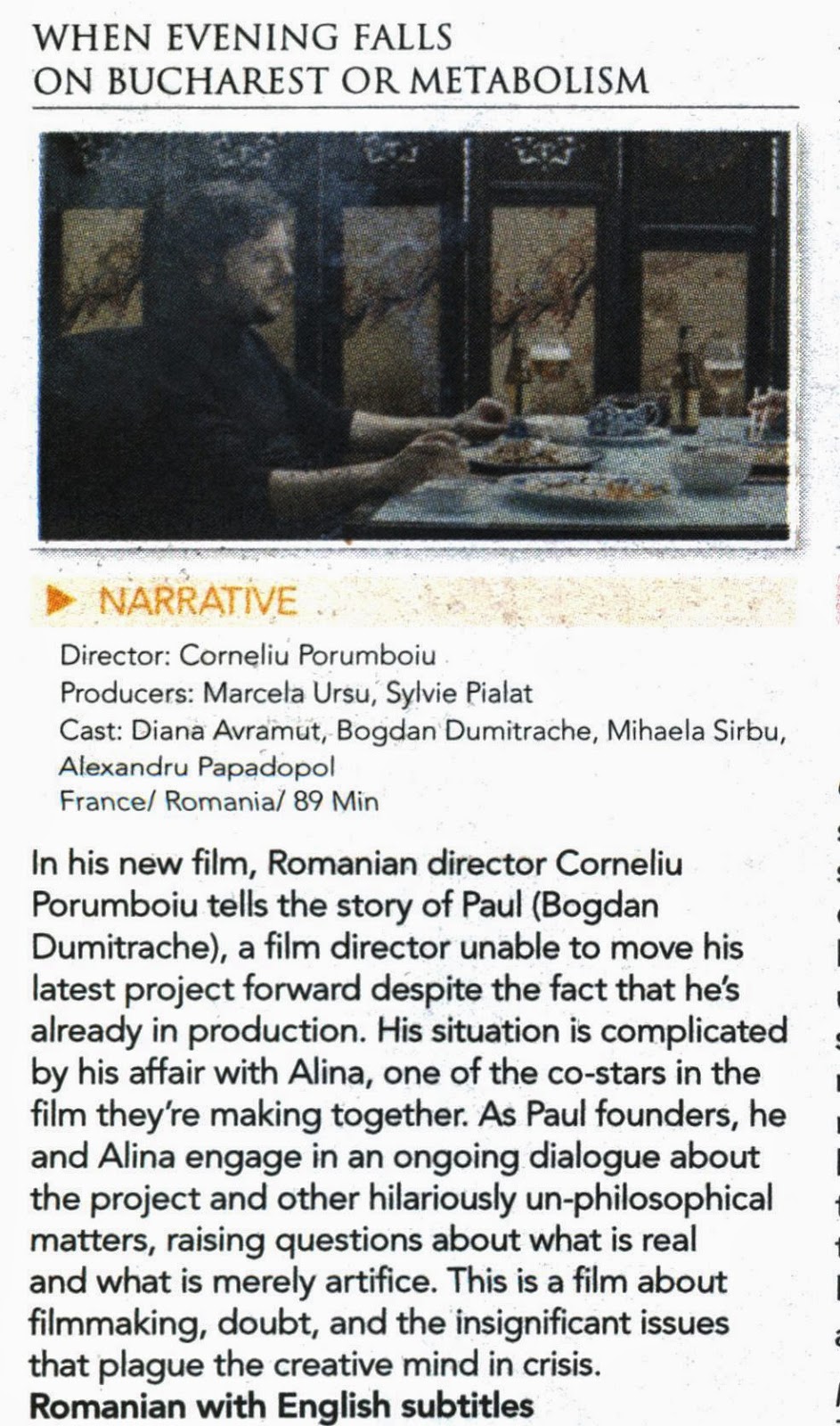 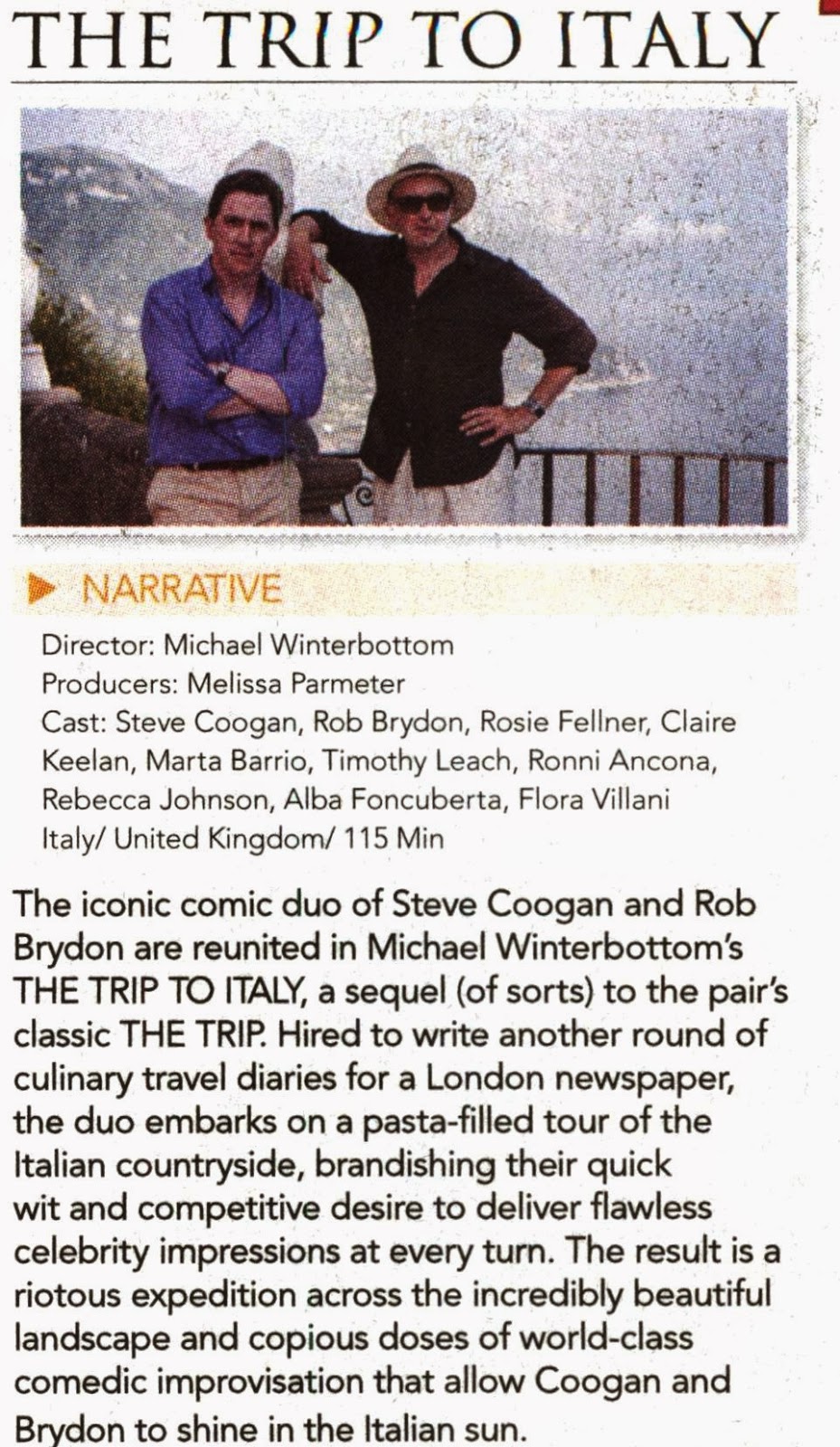 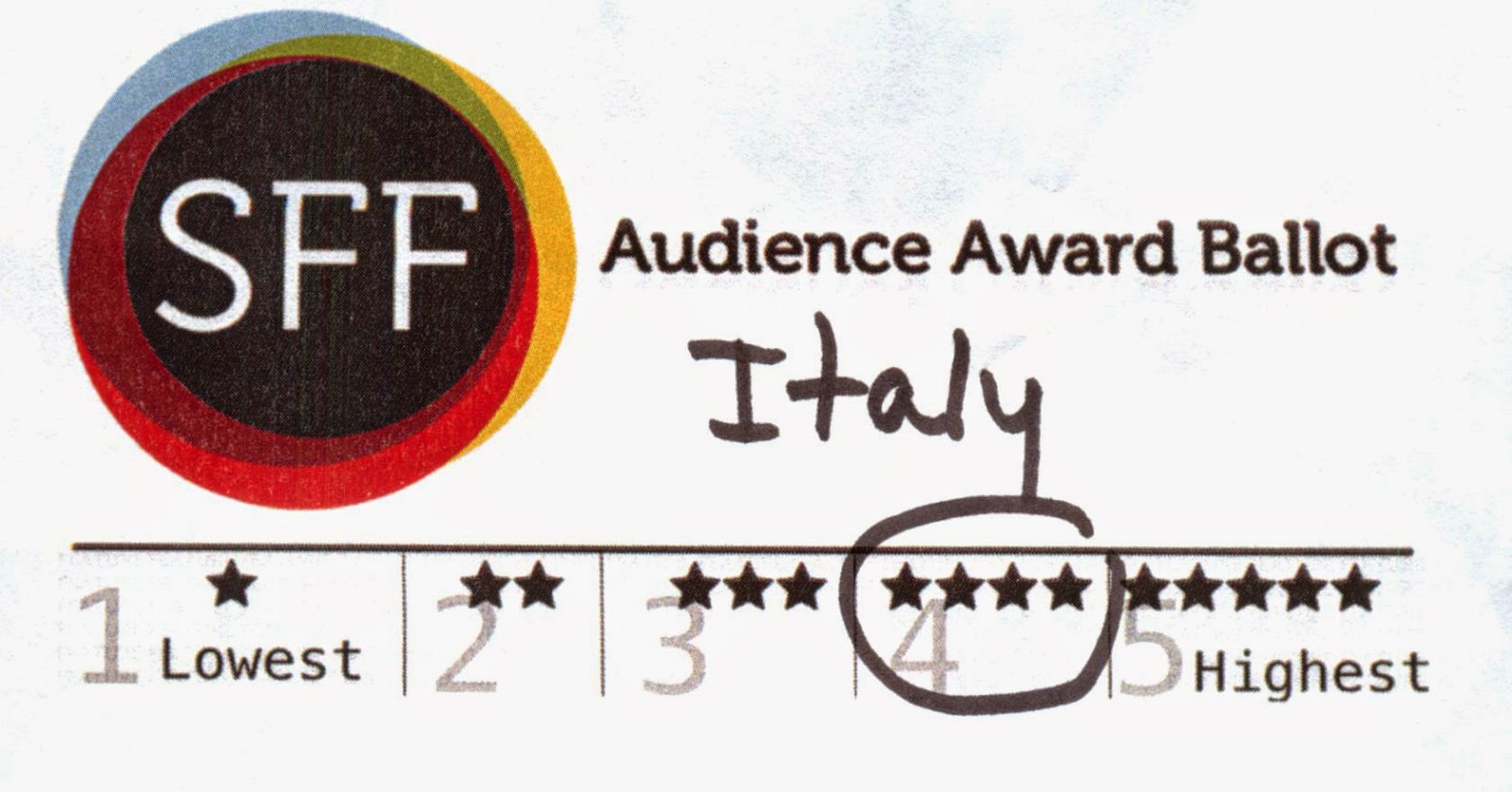 sort of "been done better - so why bother" was my ultimate take on it... although maybe they didn't get the original in Romania...LOL

the second - was cute and funny but nothing earth shattering- I gave it a higher score because the actors were likable and the scenery spectacular- along with some of the most fabulous food (and kitchen scenes of food prep) around... I ran into a woman I know right outside the theater, so we sat together and every time there was a "lunch scene" we commented under our breath about how hungry we were getting- LOL 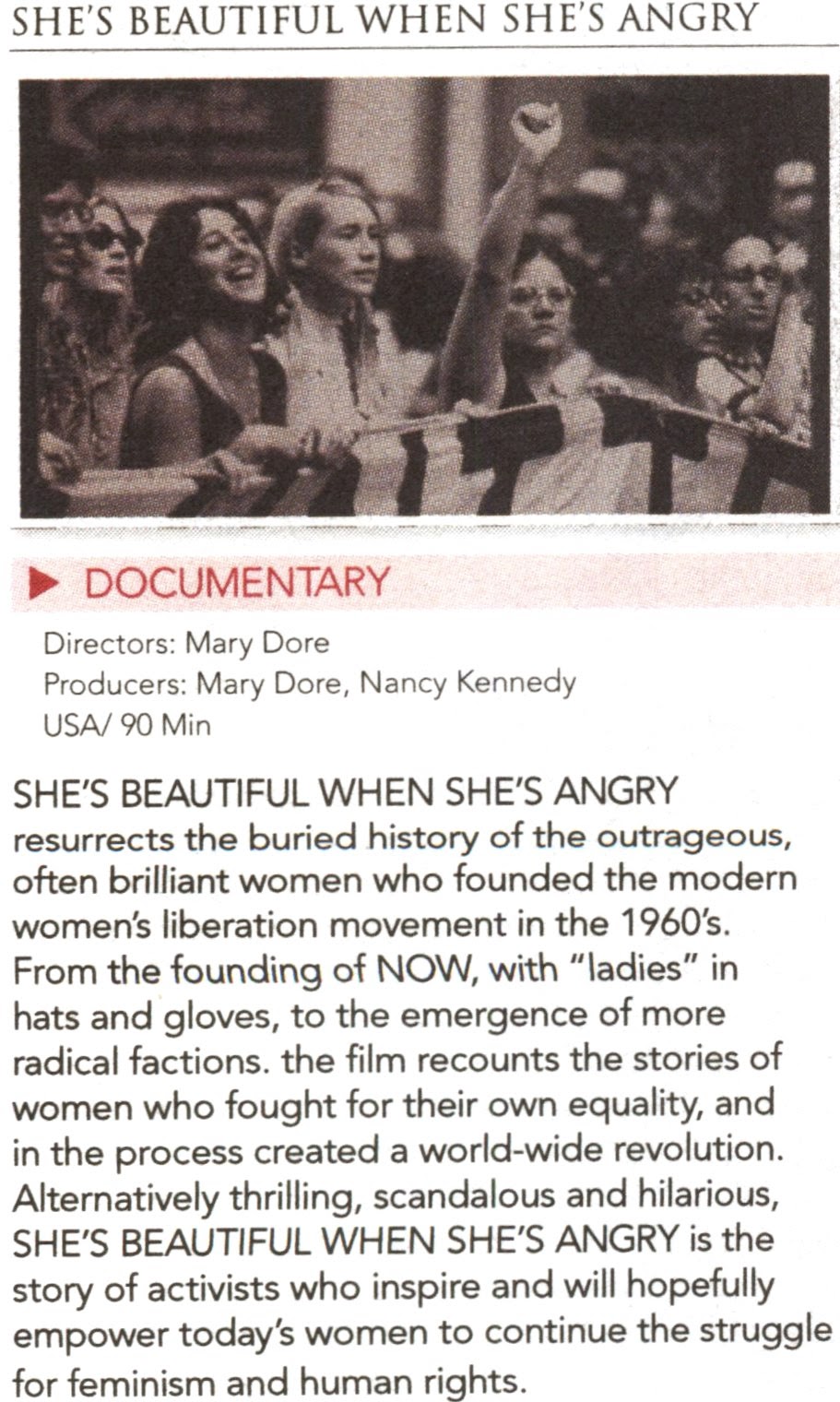 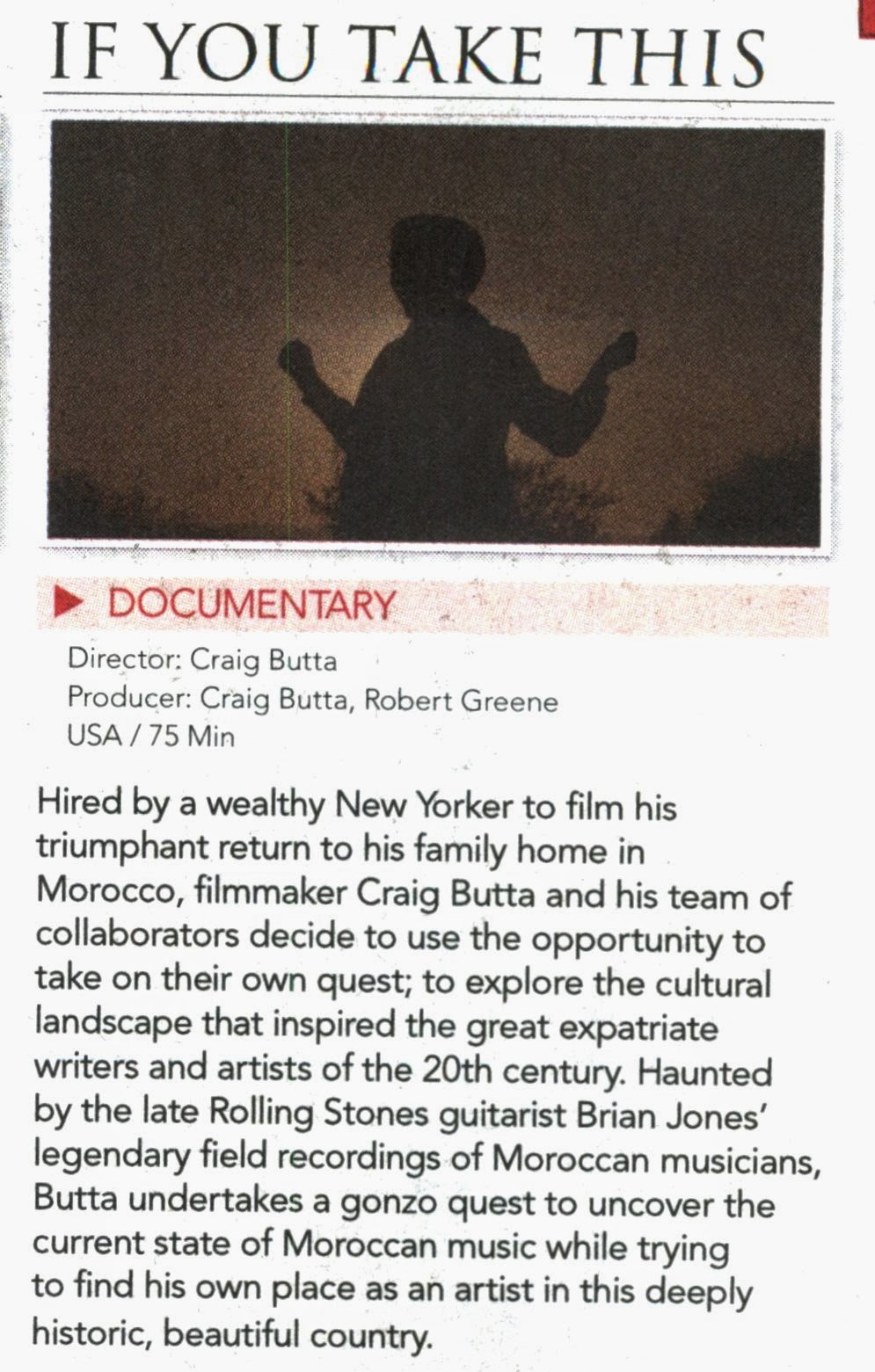 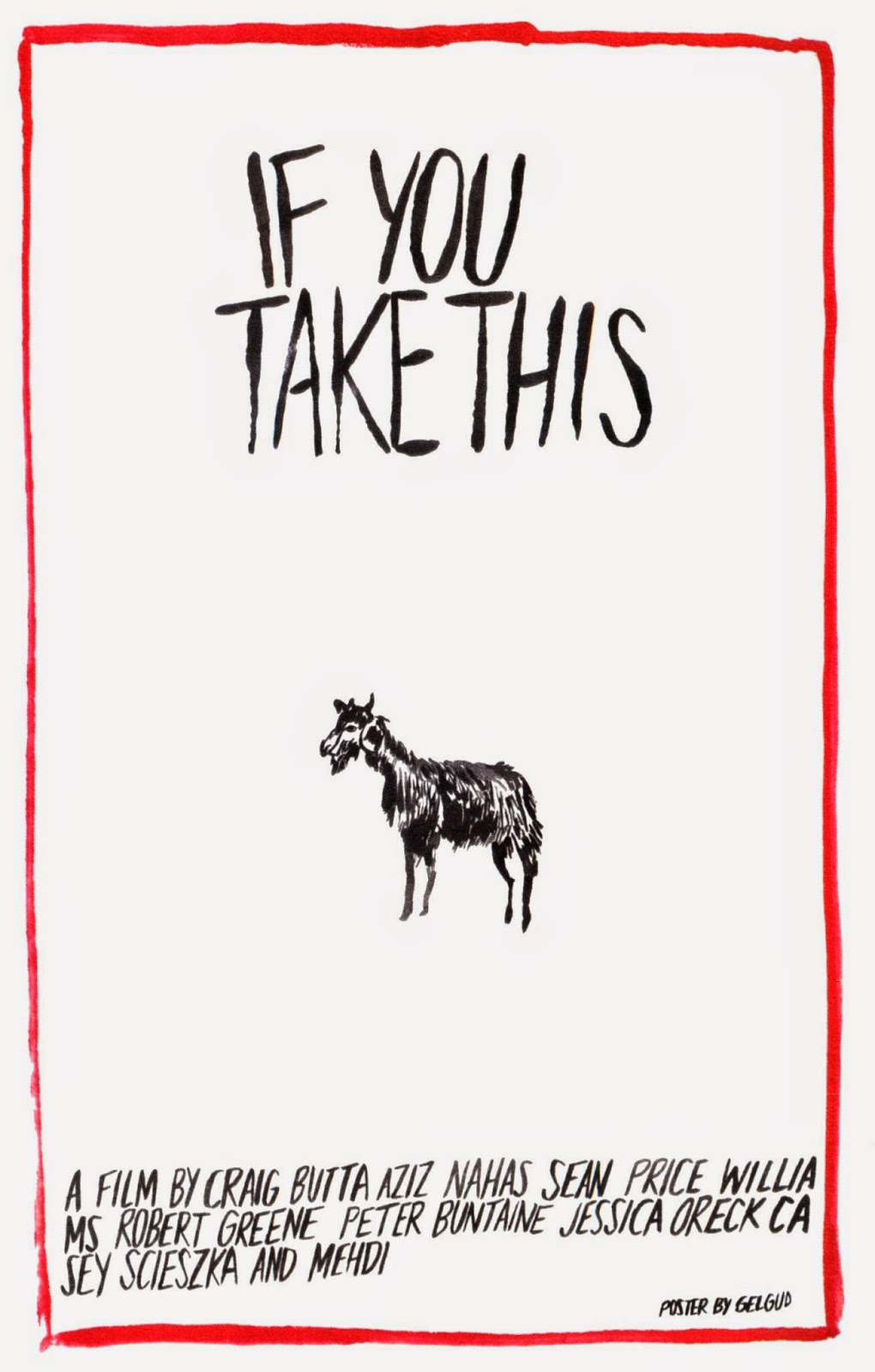 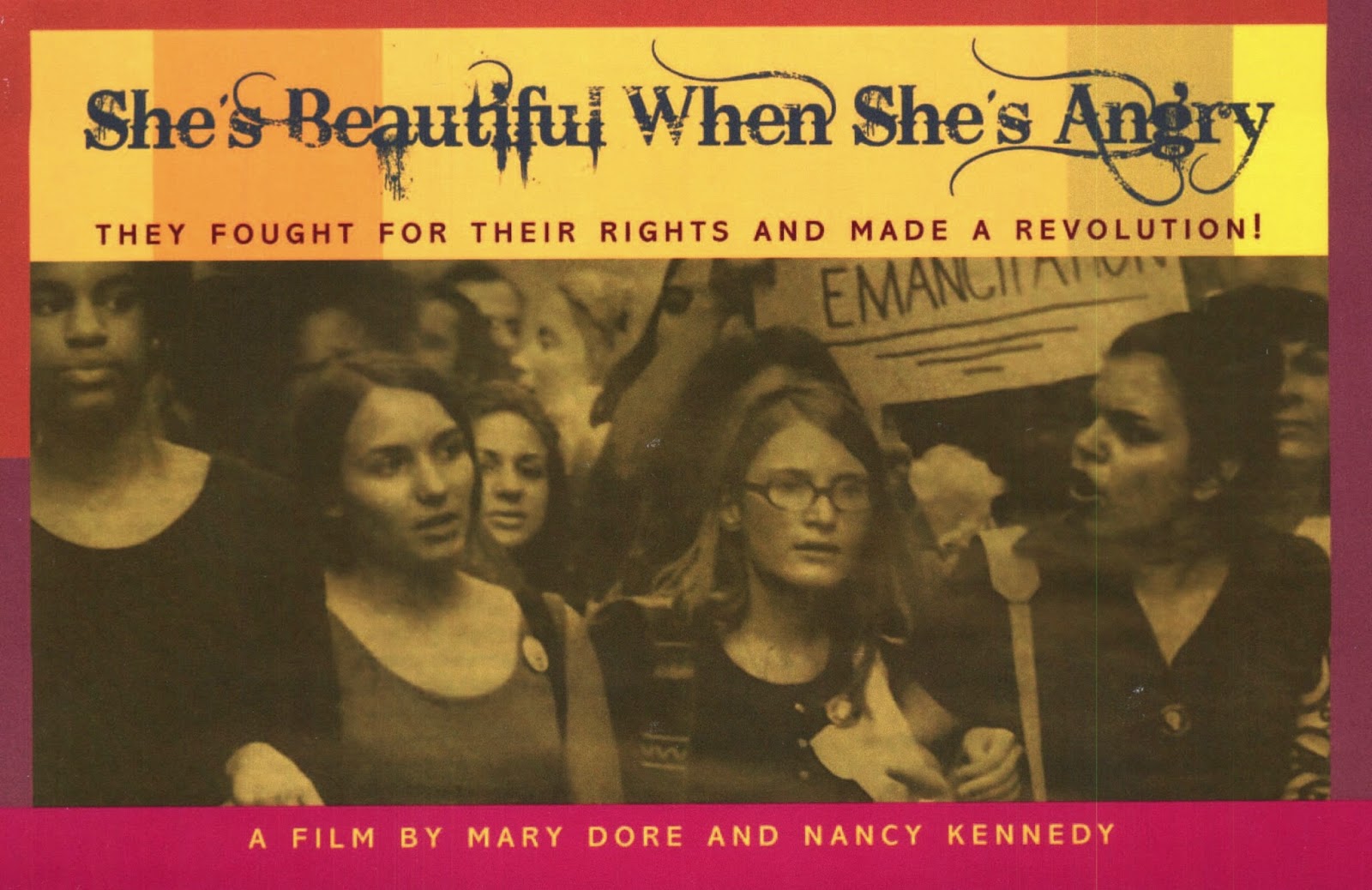 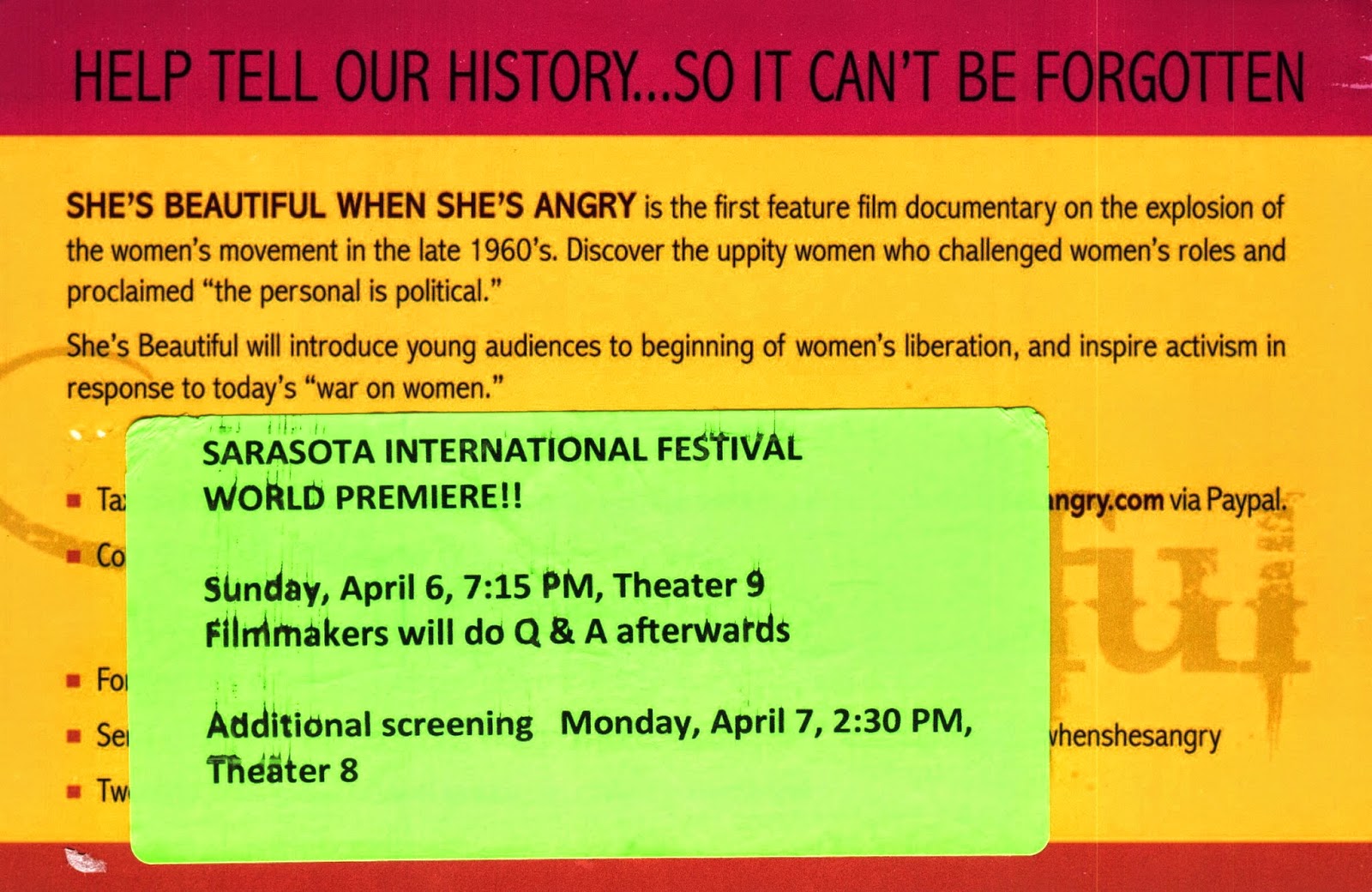 so I will be back with more reviews and maybe I will find some things I can't miss in the catalogue I picked up today... never know...