will he stay or will he go?

the weather here is glorious - high 70s sunshine and blue sky and no rain in the forecast until mid week NEXT week... so the answer should be an easy one-but he is itching to get back to bad weather and is leaving tomorrow.  as I may have mentioned - I am not anxious to return to the crappy weather in Chicago so I am staying (and so are the girls who will not be happy to be stuck indoors when we finally return)

but no this post is actually about the play we saw last night- Philadelphia Here I Come... at the Asolo. 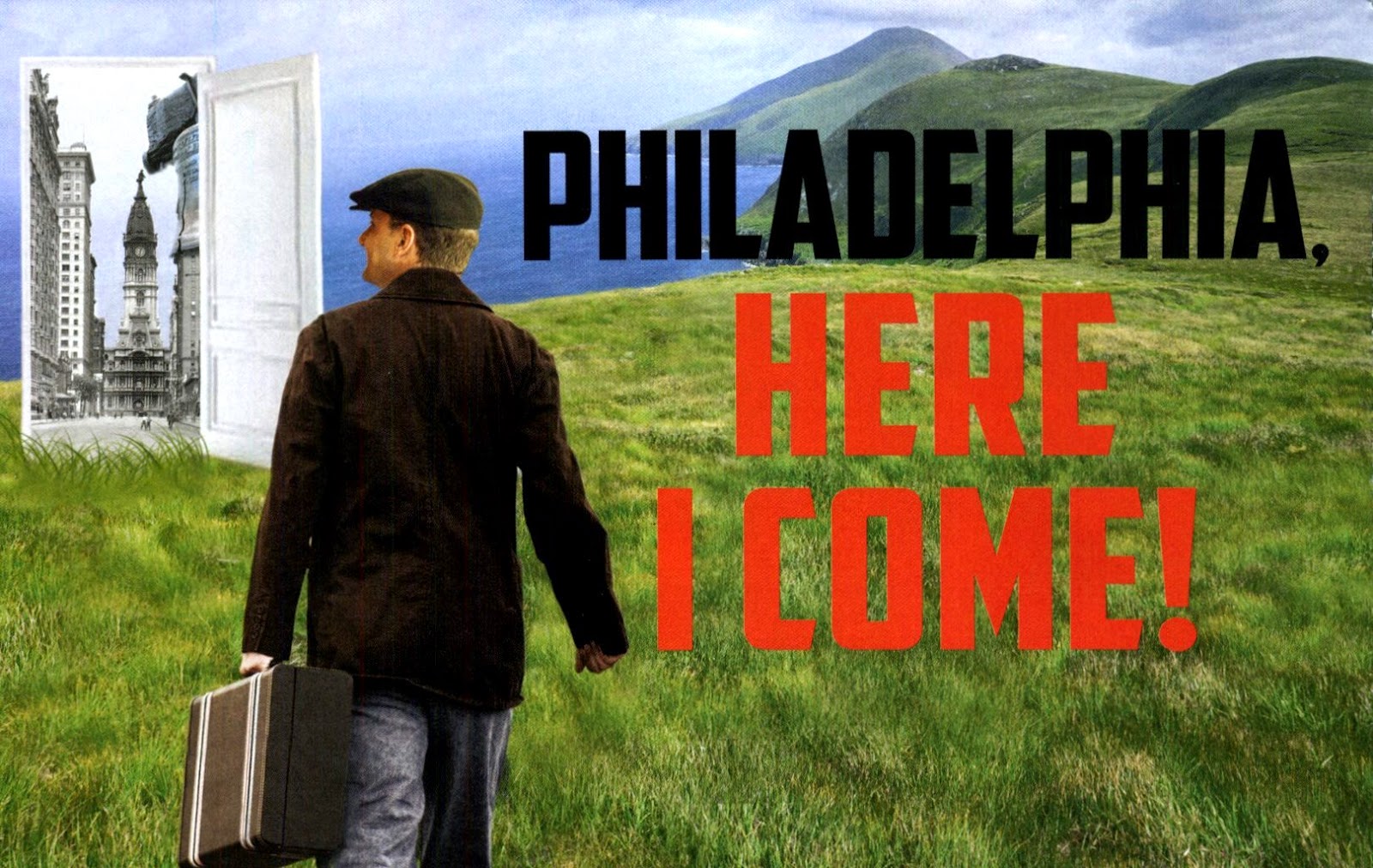 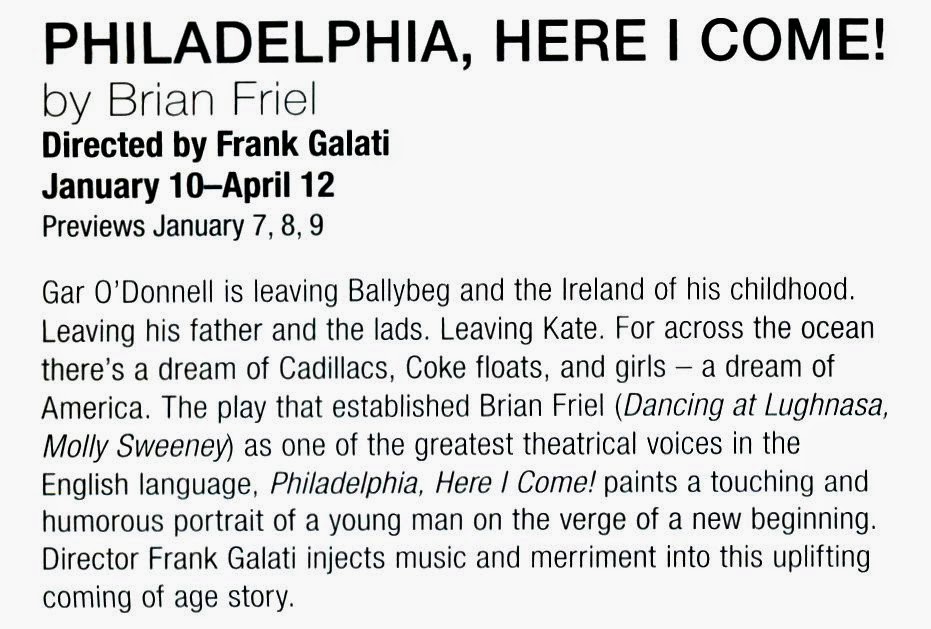 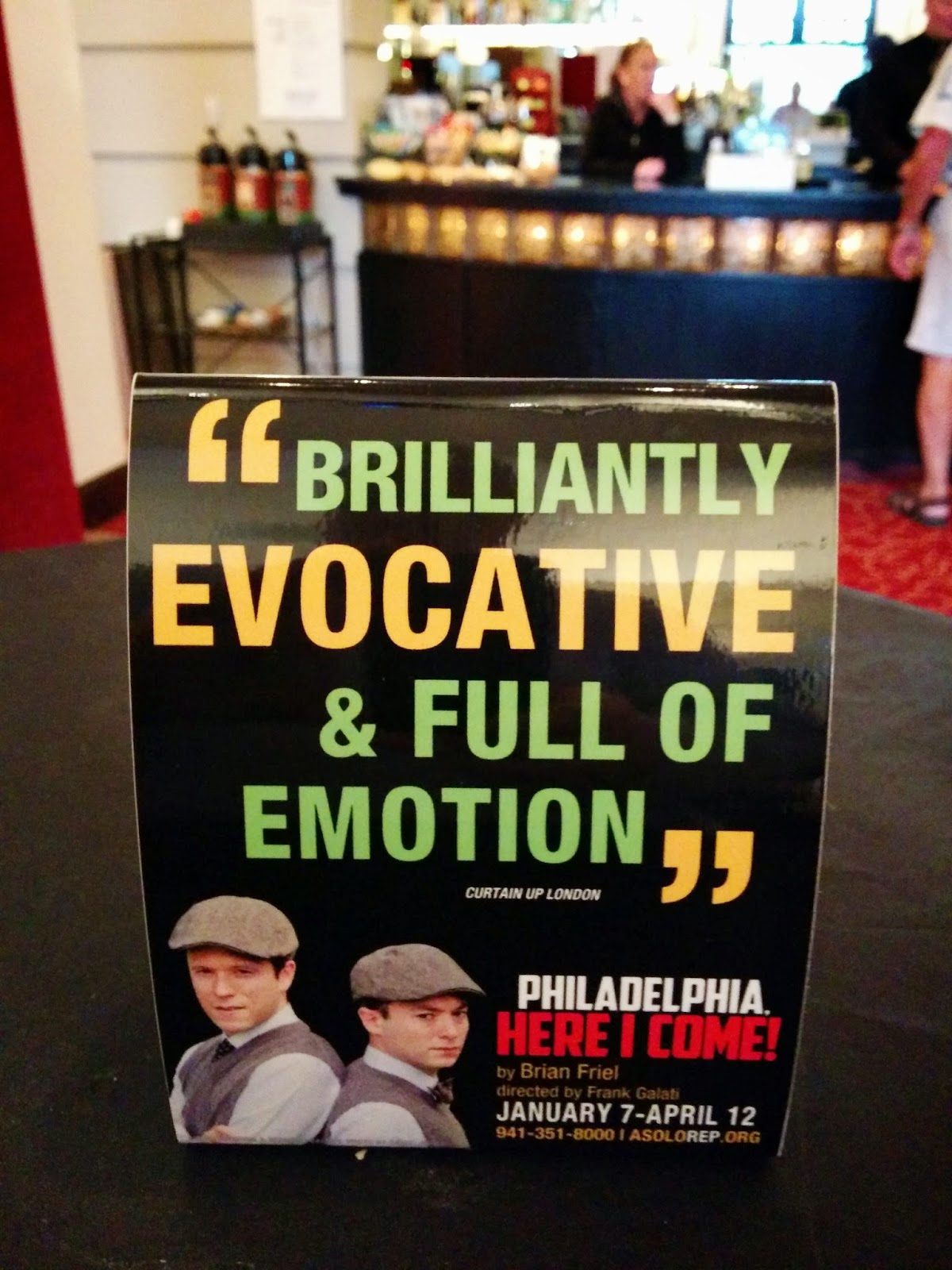 and we were discussing at the second intermission if the main character would stay or go and we both bet he would stay - he was kind of a mope and didn't seem to really have enough drive to get himself out of his rather dead end life in rural Ireland. the whole play takes place in the one evening before Gar, the main character, is supposed to fly to Philly to live with his aunt and uncle and work in a hotel there.

I found the guy (who was played by two actors simultaneously - the inner and outer Gar as it was) somewhat annoying.  his friends were boorish and he didn't have the courage to stand up and publicly declare his love for the woman he loved, thereby losing her to another man in marriage.  He worked for his dad (seemed to do all right there) but the relationship between them was not good... his mother died shortly after delivering him and the father was a much older man than the mother so there was a big gulf between the father and son.  the housekeeper was the most likable of the characters and she tried to help get them to speak to each other.  Anyway, this is undoubtedly more information than you want or need.

so I don't think I need worry about the spoiler - but here is the alert- because I am going to tell you- he goes... I honestly didn't think he had it in him to do so- thought he would keep on leading his mopey life there in small town Ireland but he goes- and Phil told me something afterward that completely made sense -

"he went because no one asked him to stay"- it was very sad, the whole thing was very sad... lots of hurt and silence and no effort to reach out to help heal each other- all very sad...

Each year Northlight Theater usually has a collection of plays that include "the Irish play" and "the Jewish play" and we go to see them pretty much all the time -  and I have loved all of MartinMcDonagh that we have seen- including - The Pillowman, The Cripple of Inishmaan, The Lieutenant of Inishmore & A Skull in Connemara and all of them have been dark- but dark and outrageously funny- this play was just sad - not one funny line that I could recall... and the really sad thing is by the end, while I wished Gar well, it was only in a detached polite way, not in a way of really caring about the character. But I really felt bad for Madge the housekeeper who was so disappointed by her own family in a peripheral story line...

so on to the next play- 4000 Miles, which I am seeing with GA next week -oh and the film festival! 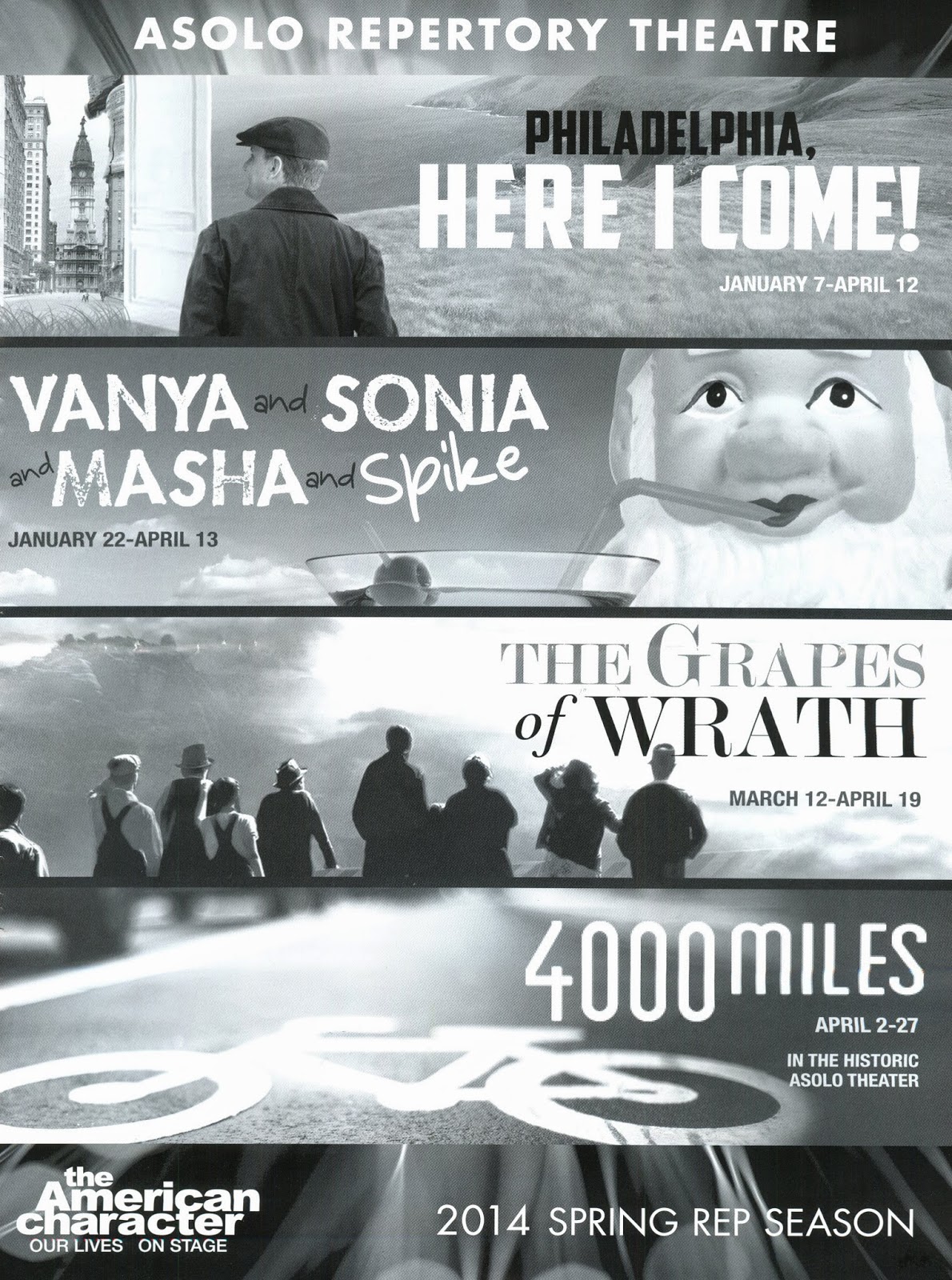 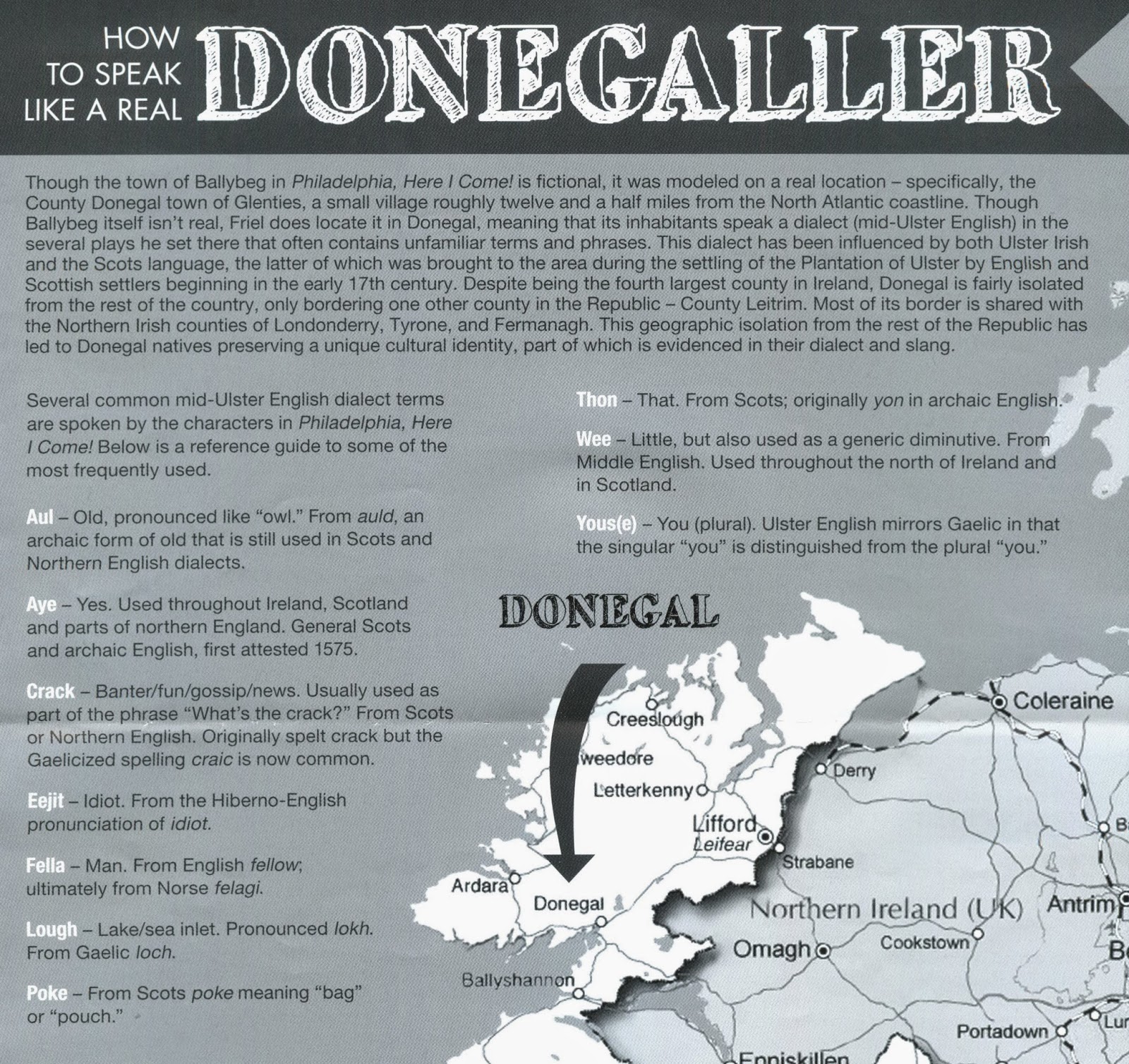 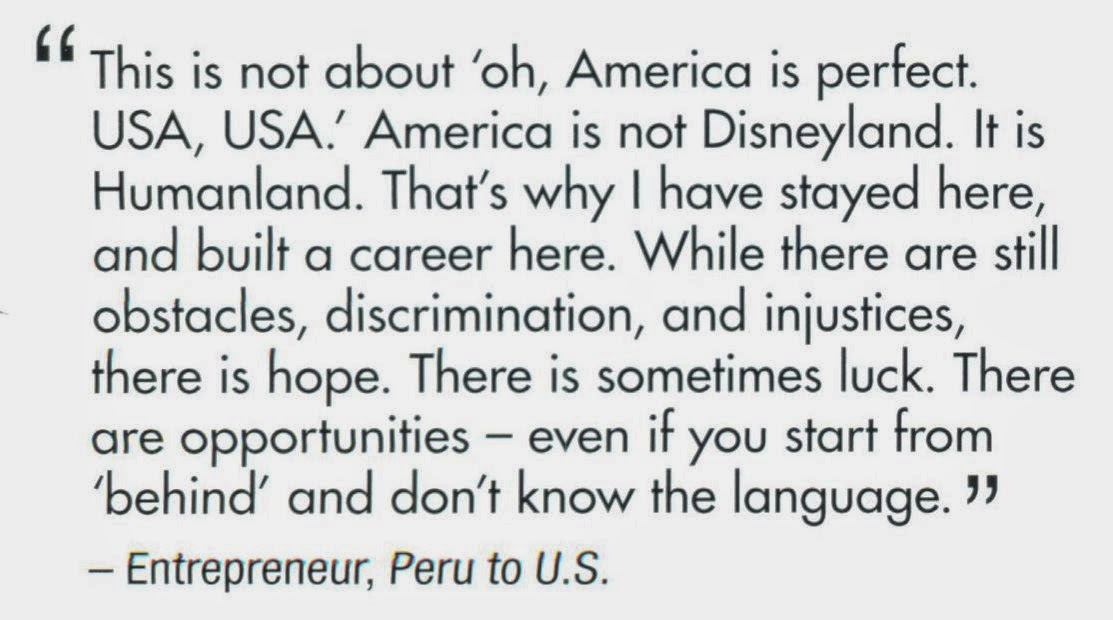 I saw no humor in this play (except Madge's occasional sarcastic remarks) - and while there was music, the only merriment was a drunken lads saying their goodbyes - which was more pathetic than merry.. at least to me... and really I found none of it uplifting- but the opposite - a real downer... ultimately Gar was more like an abused dog to me than a man on the verge of a new beginning-

guess everyone has their own take on things- luckily there are more things scheduled to end the season - hopefully some of them actually upbeat-
Posted by TOR at 12:02 PM