so we got busy and I have been neglecting the blog- so sorry... we did score Forks & Corks tickets (last year sold out in eight minutes) for CBGB and ourselves for January.  We have made rounds of favorite restaurants here in the first two weeks of our return, including Waterfront, Blue Marlin, Moore's, Cafe Baci, Casa di Pizza, Lobstah's (for blue cheese burgers) and of course Star Fish Company (our favorite dockside dive with fish right off the boat.)

below the view from our table at Moore's 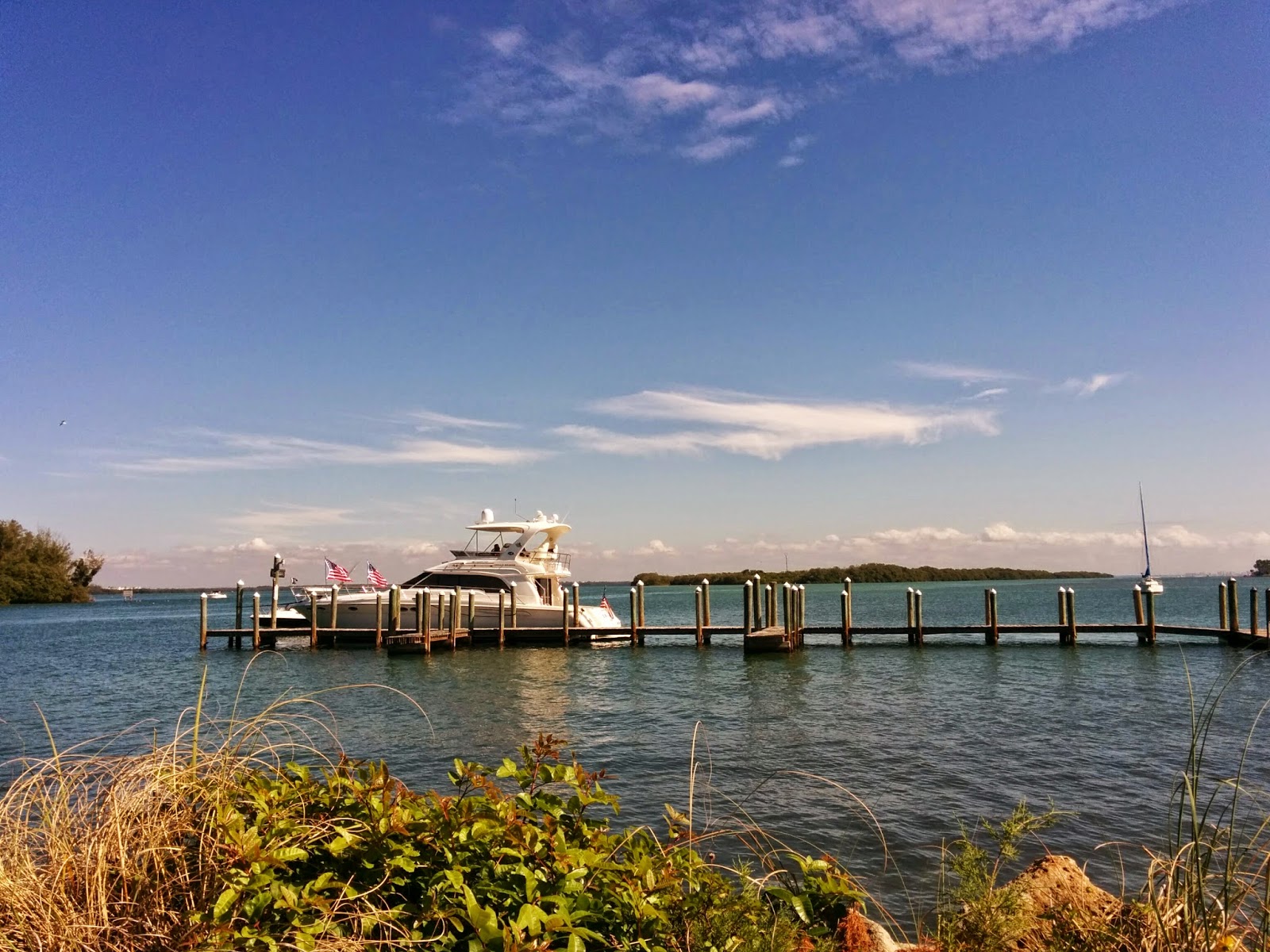 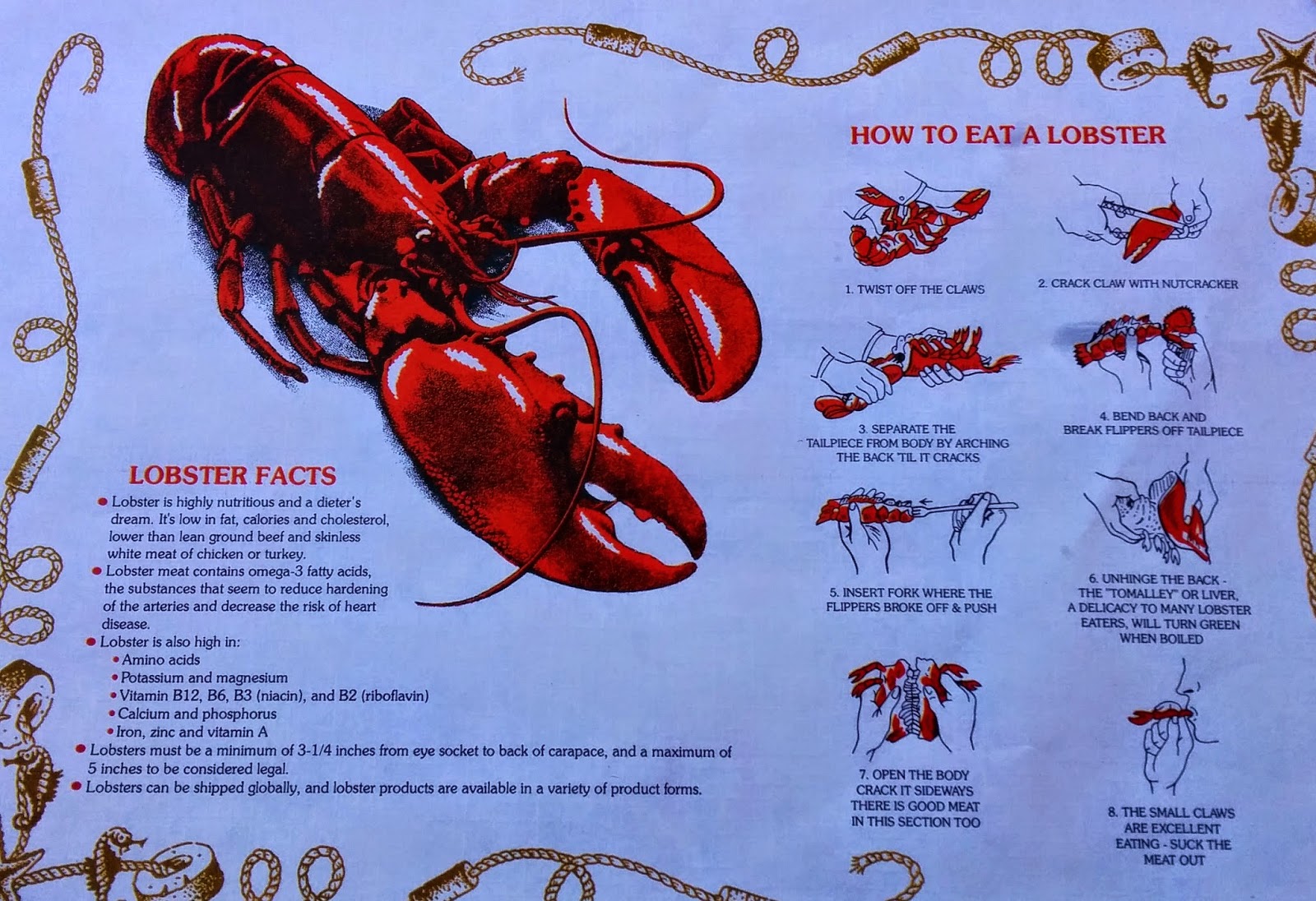 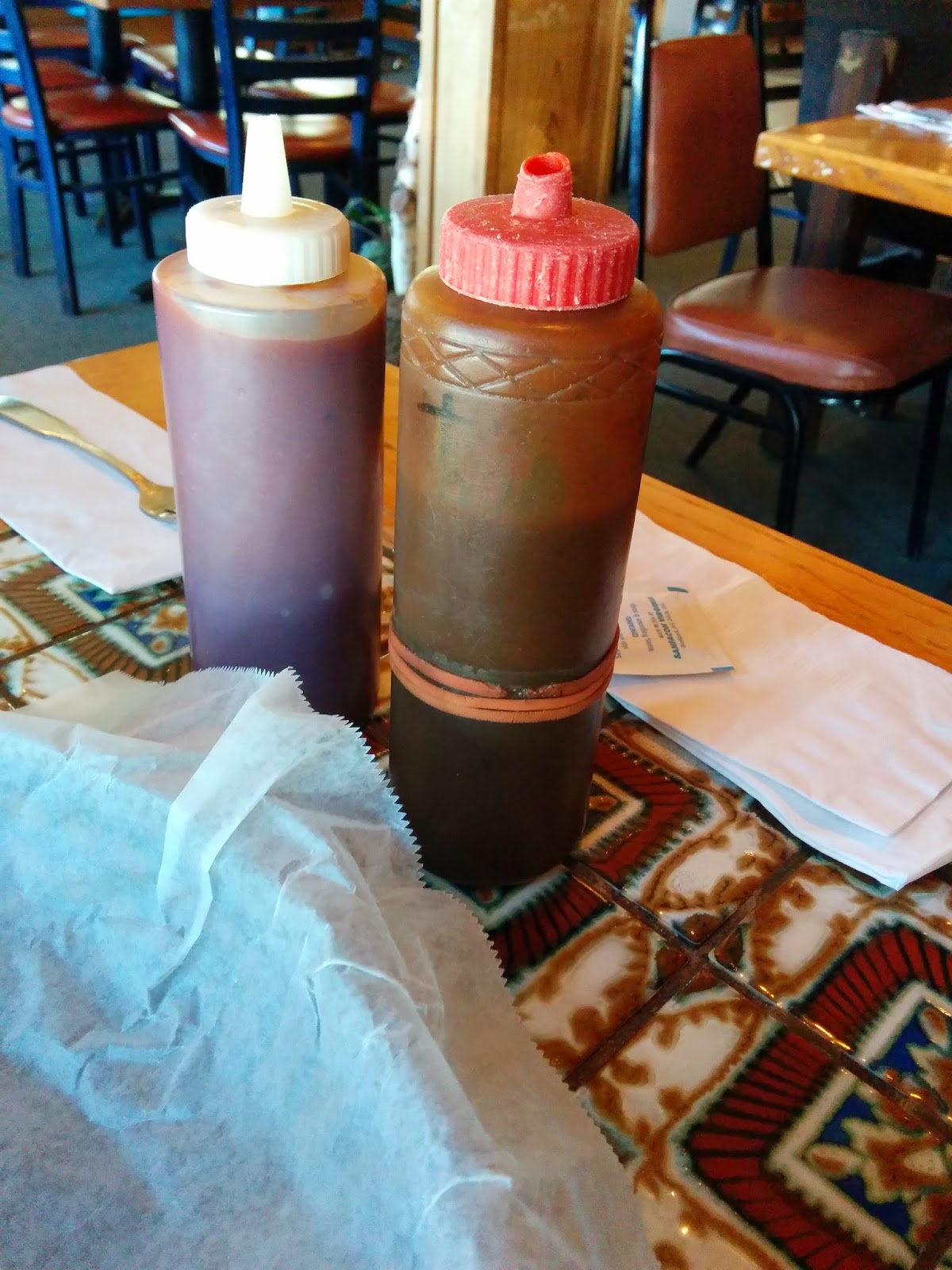 and yesterday we went on a pie tasting errand - with seven pies tasted and two more to go--- figuring out thanksgiving choices- so far our plans are to bake an apple and buy a key lime and pecan... 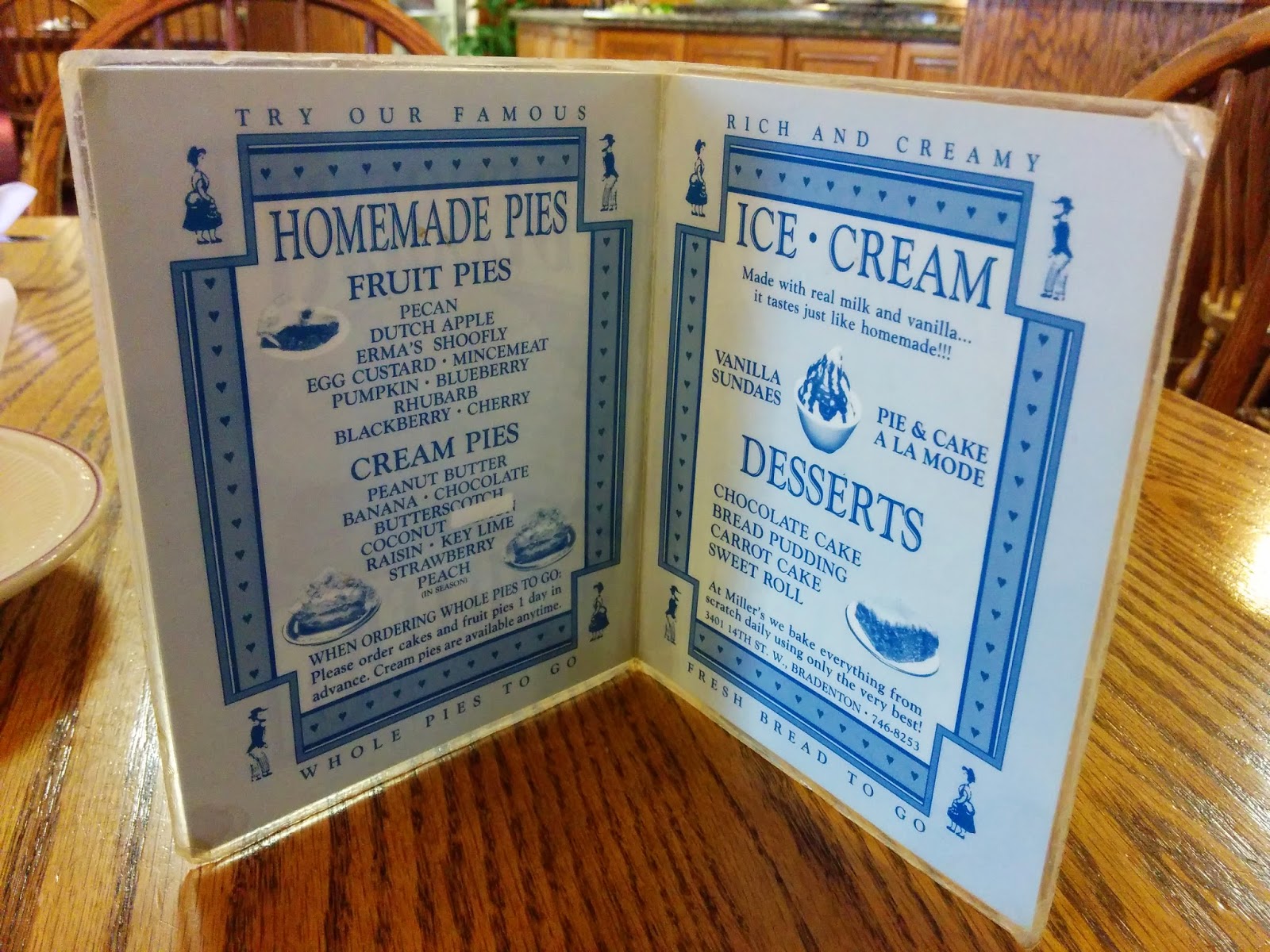 We also headed to Tampa last weekend to go to the Auto Show... where I looked at new car options and decided I liked my car better than anything they had there...so it will be at least one more year before that decision point will come up again.  My cute little car has so much cargo capacity (57.3 cubic feet) and such great fuel economy, along with being a certified Low Emissions Vehicle, that it is hard to give up.  So I am definitely waiting a year before reconsidering a replacement.

GA's birthday celebration was the same night as the Auto Show visit so when we made quick work of that we headed to the new Epicurean Hotel for drinks on the rooftop bar Edge.  We watched the sunset before heading downstairs to Elevage for dinner with CBGB and GA's daughter Vicky and son-in-law Mike.  In the course of two short weeks we met both GA's mother and daughter! After a mere fifteen years or so of knowing her...LOL

The Elevage menu has a lot of potential but the I don't think the kitchen has really mastered the execution yet.  Phil and I both ordered the dry aged steaks medium rare and they came almost well done.  The rabbit rillettes were not really rillettes - rather than the meat being preserved in it's own fat as rillettes are, this was more of a mousse like preparation (very good but not rillettes.) But the evening was enhanced by the wines Chuck and Mike brought to share and the company was first rate! 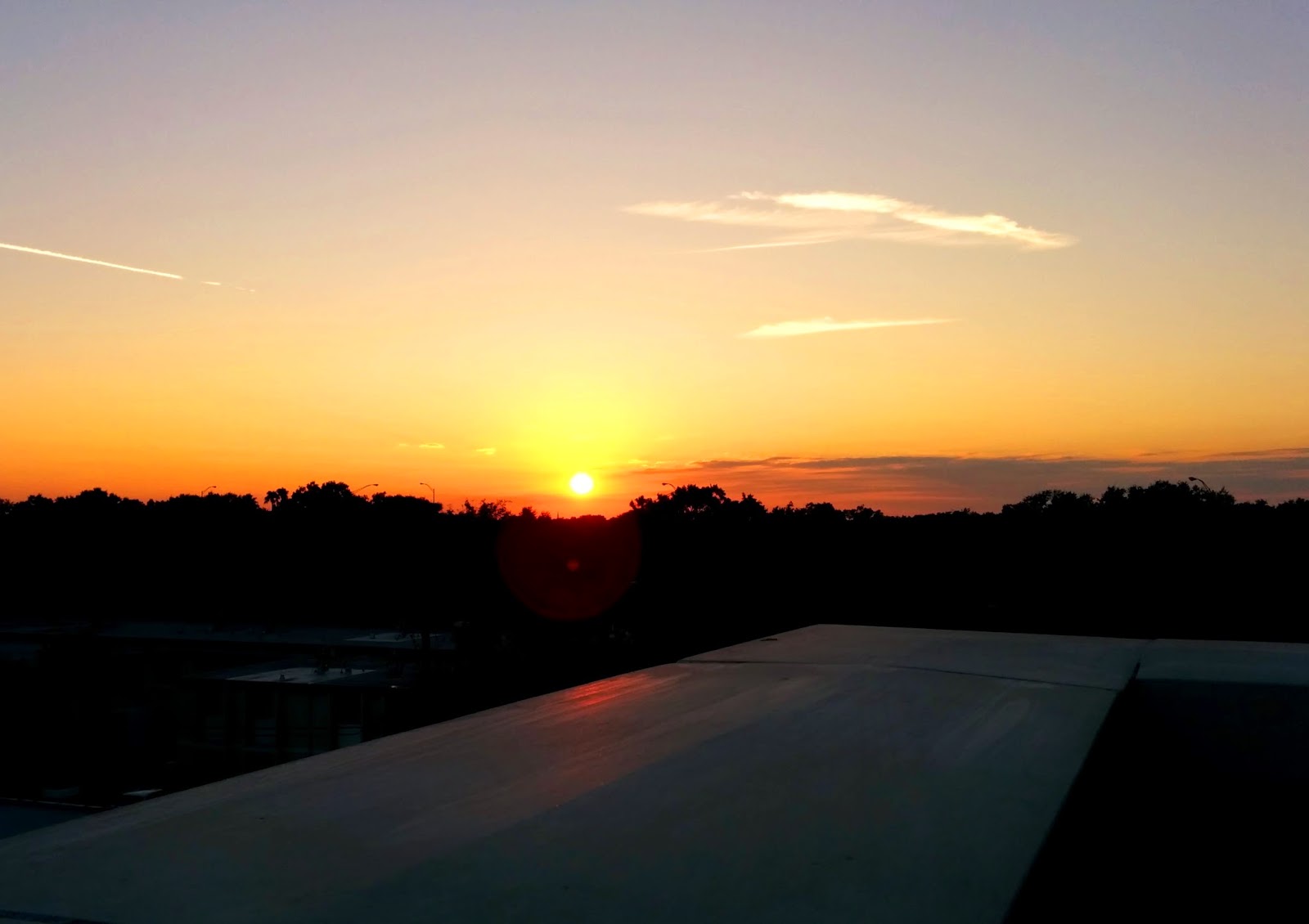 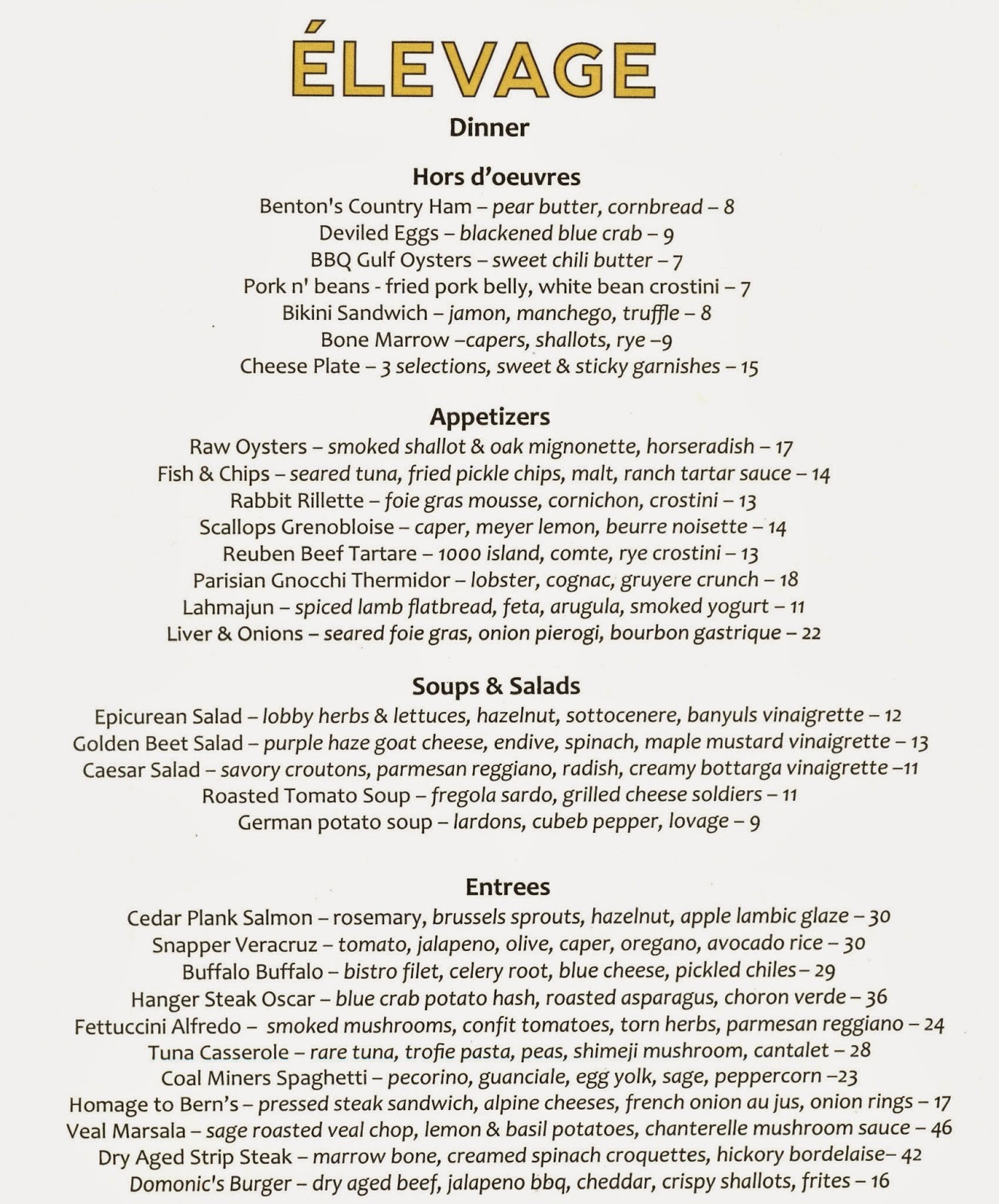 note above the Epicurean Salad includes lobby herbs and greens - and below here they are growing in the lobby bar...LOL 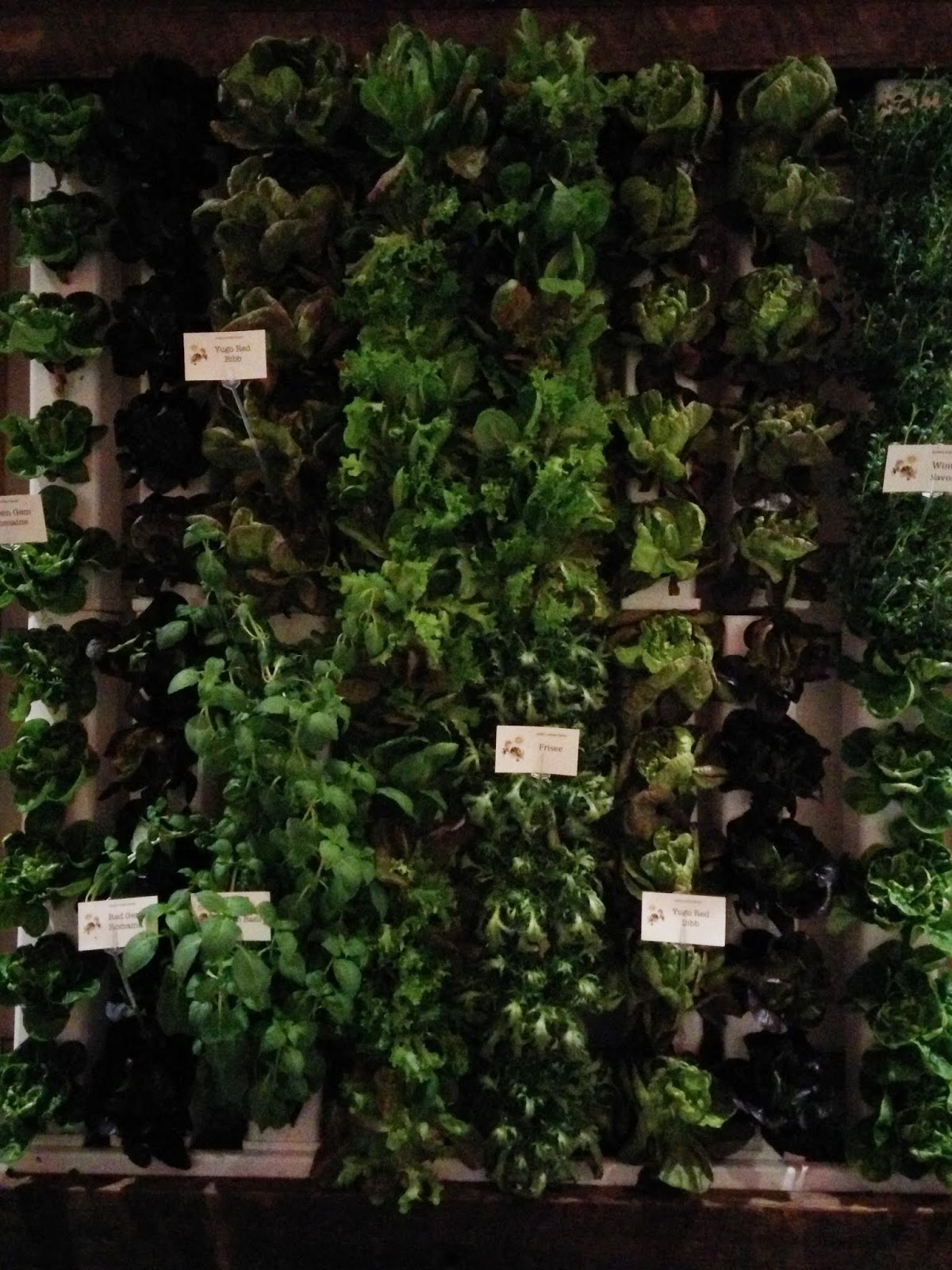 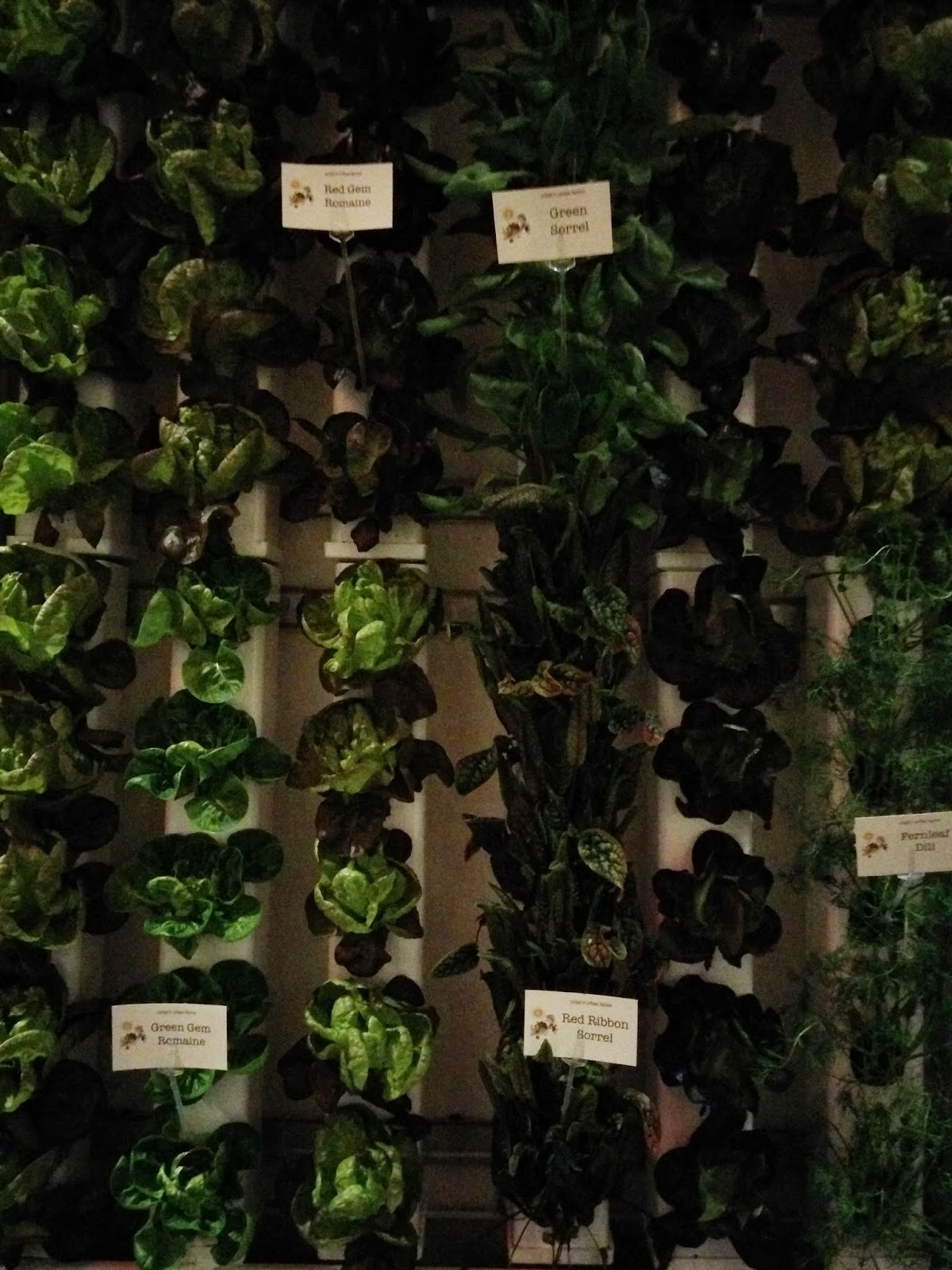 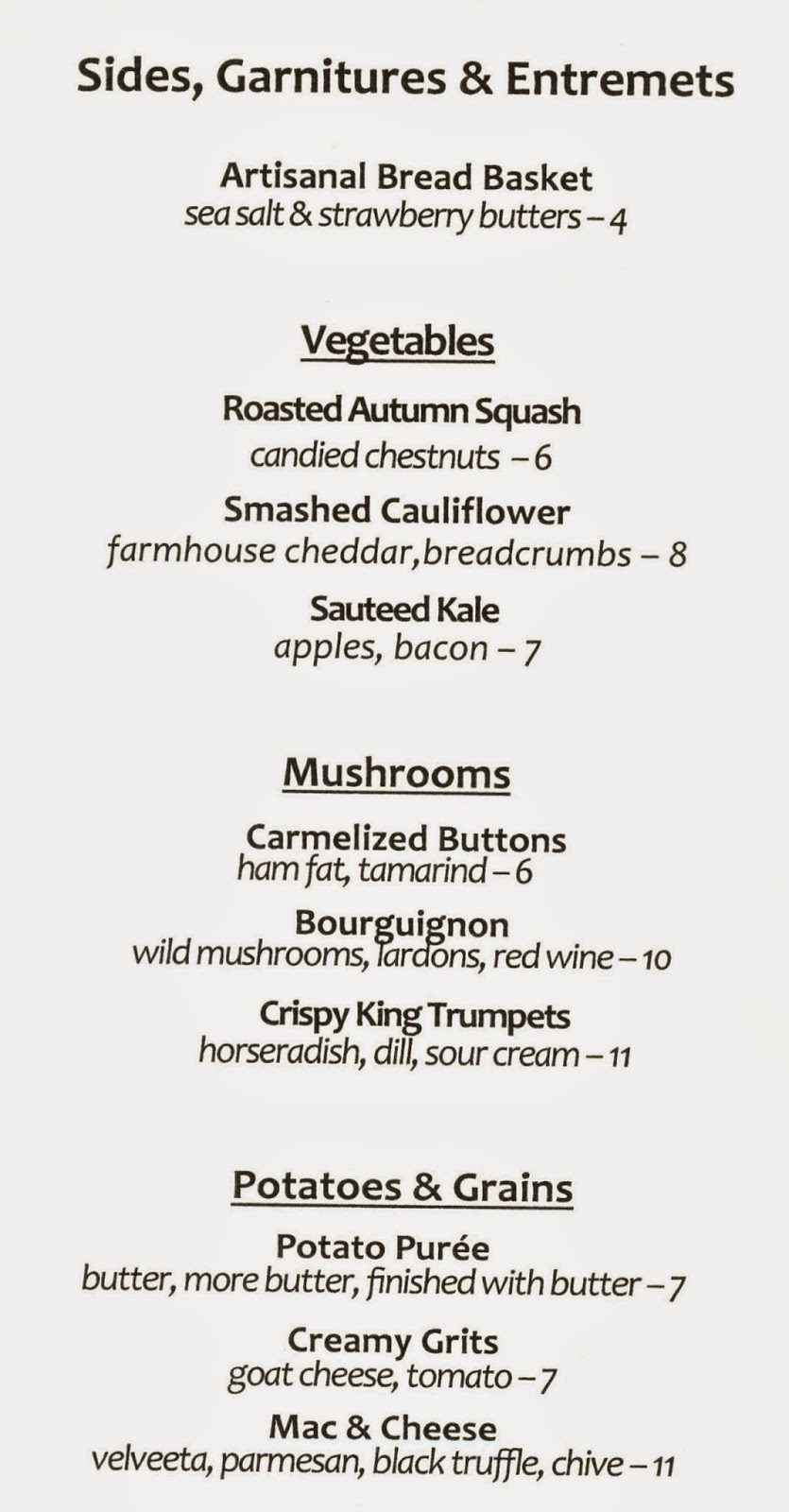 as I said - good menu but the kitchen needs to kick it up a notch to match the aspirations of the menu- we didn't want for good wine though...LOL 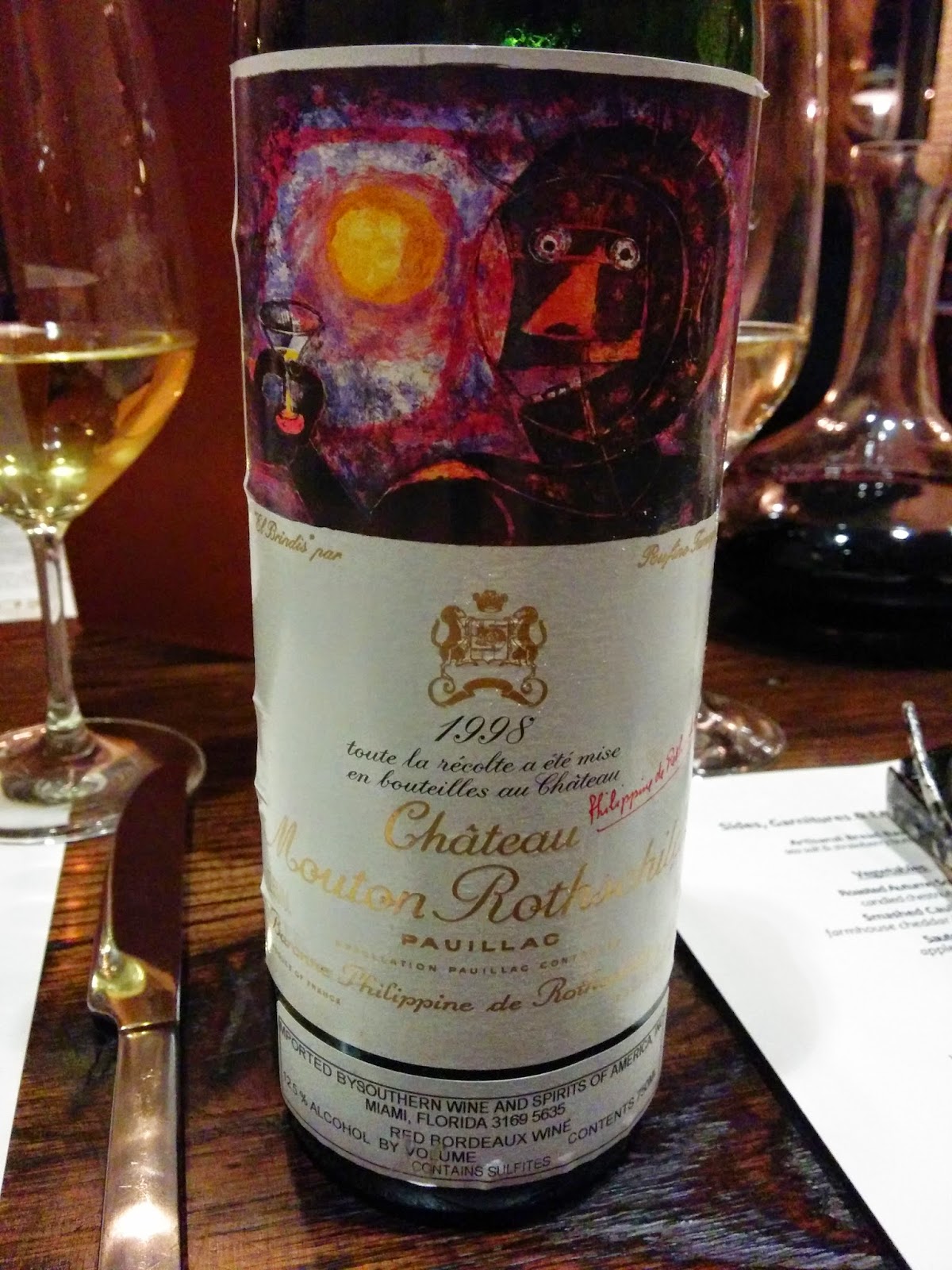 Meanwhile, around the house I have been catching up on "projects" and installed a new shower head in Phil's shower,, worked unsuccessfully on a grill repair (service coming soon) and working on a "restoration" project for one of our paintings. 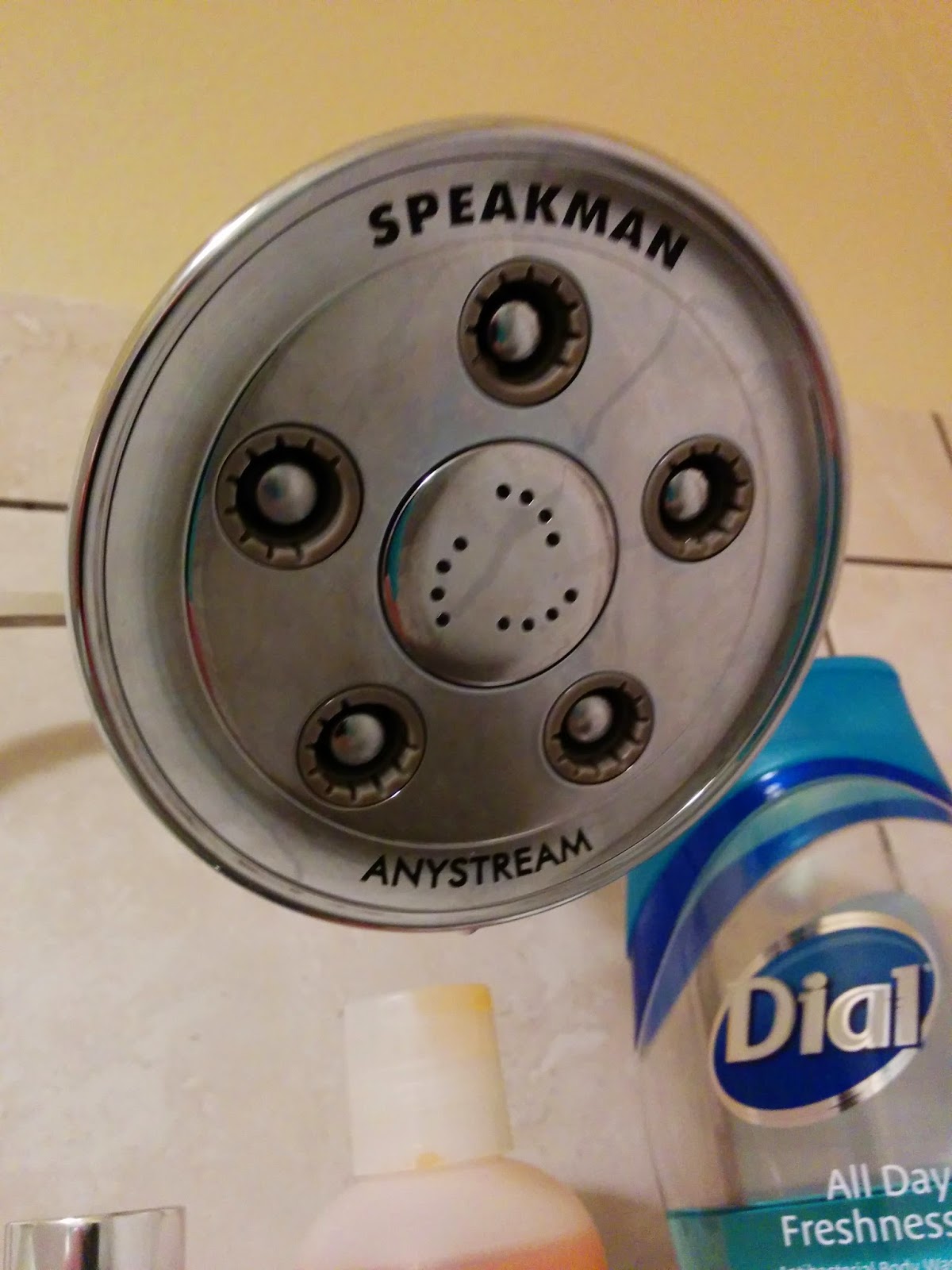 Then continuing the GA birthday celebrations we met CBGB in Orlando for the James Taylor concert on Tuesday night.  We had a nice dinner at Kres with wines to accompany the meal (a 1989 Pichon Baron and a 2002 Chassagne La Romanee from Girardin.) And then it was off to the show! An excellent concert - at 66 James Taylor still has the easy stage presence and remarkably unique voice he has built his long career upon.  A raconteur as well as an excellent guitar player - it is all rolled into one package with him.  He sang a few of his old standards and some new things and some fun blues along with a number of monster hits (Fire and Rain, You've Got a Friend...) An excellent show!!! We walked to and from our hotel - the Grand Bohemian (an upgrade from last time for the Sting/Paul Simon concert when we stayed at Aloft- yuck!) which made the trip easy and relaxing. 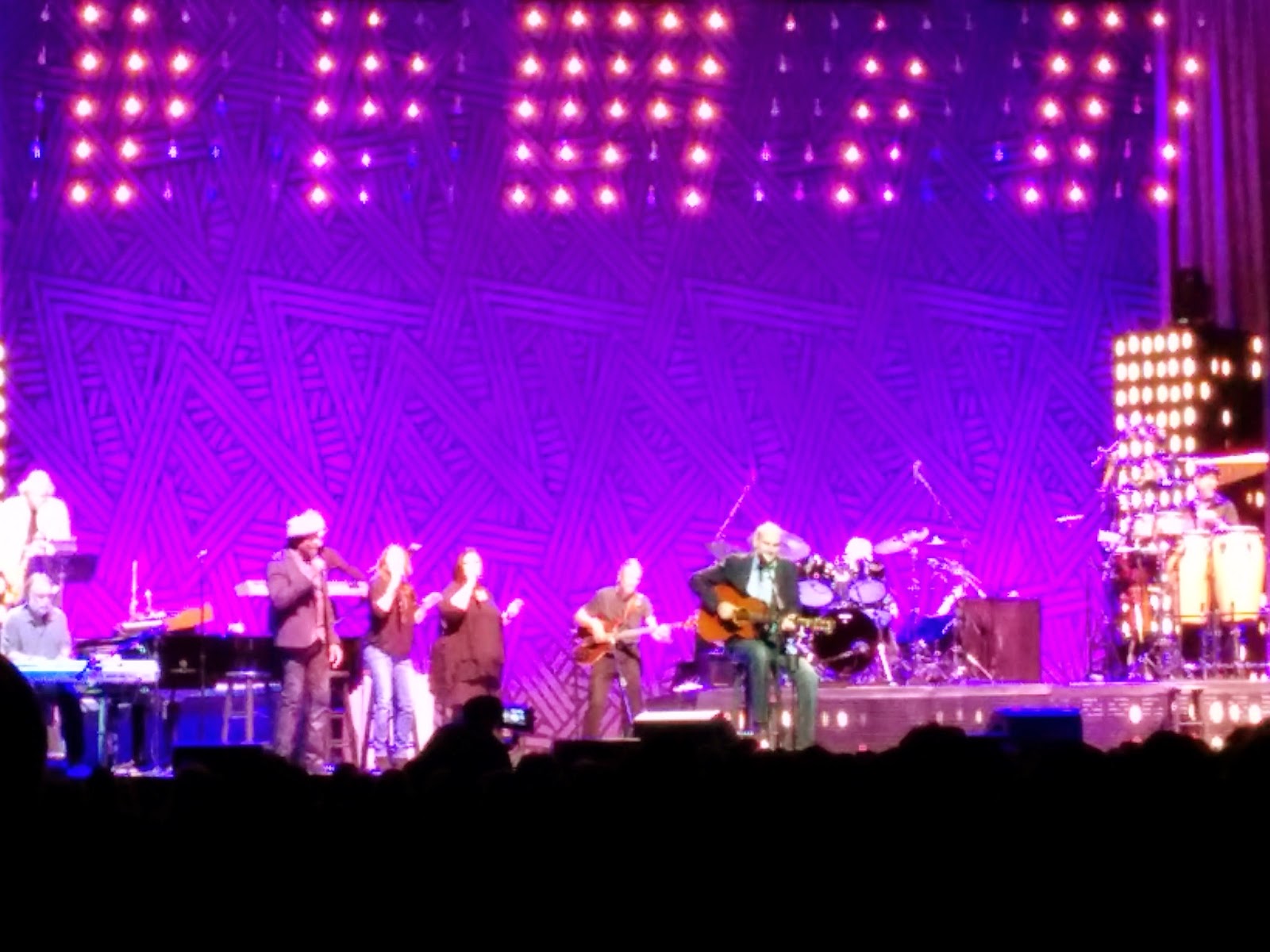 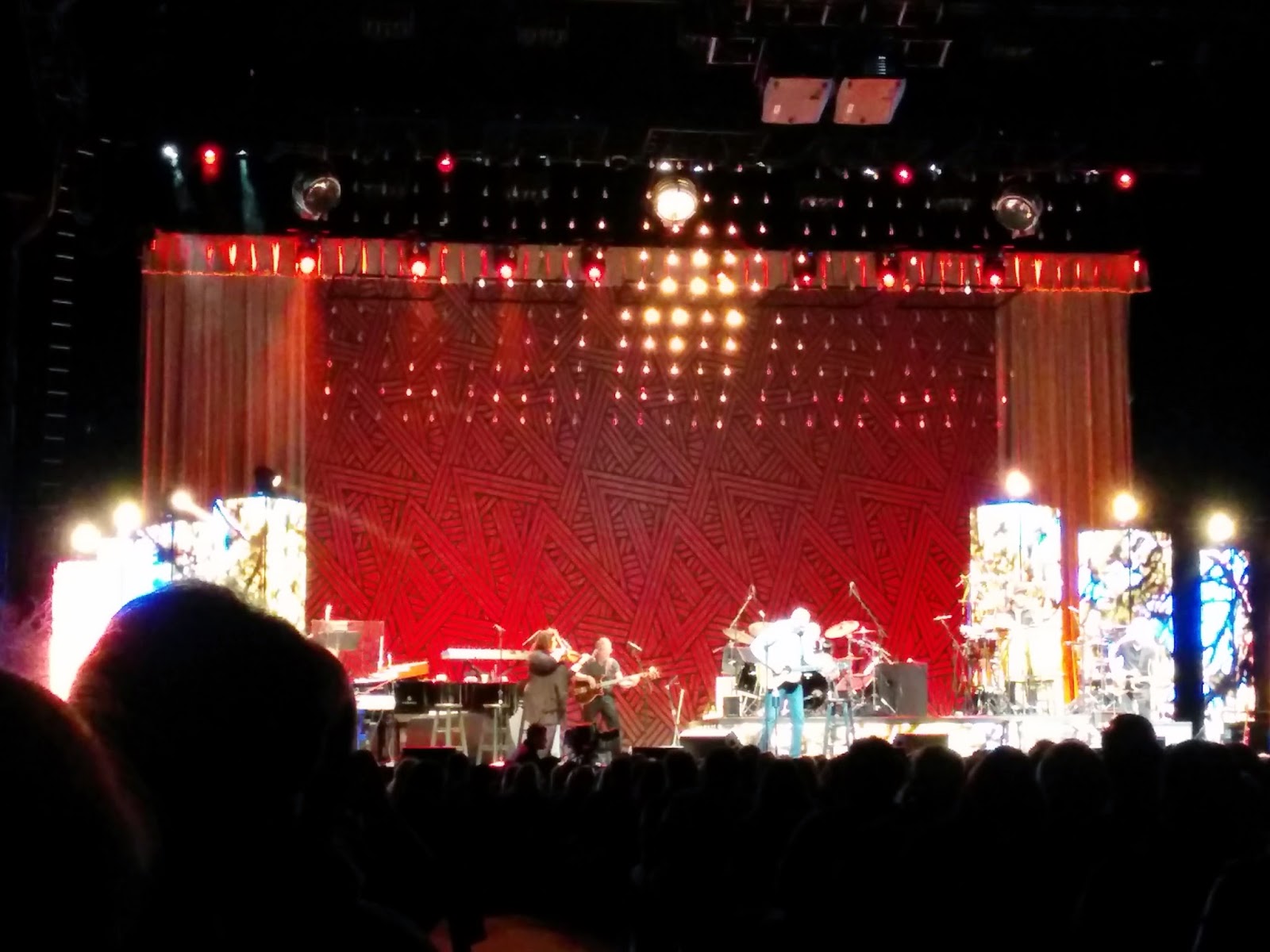 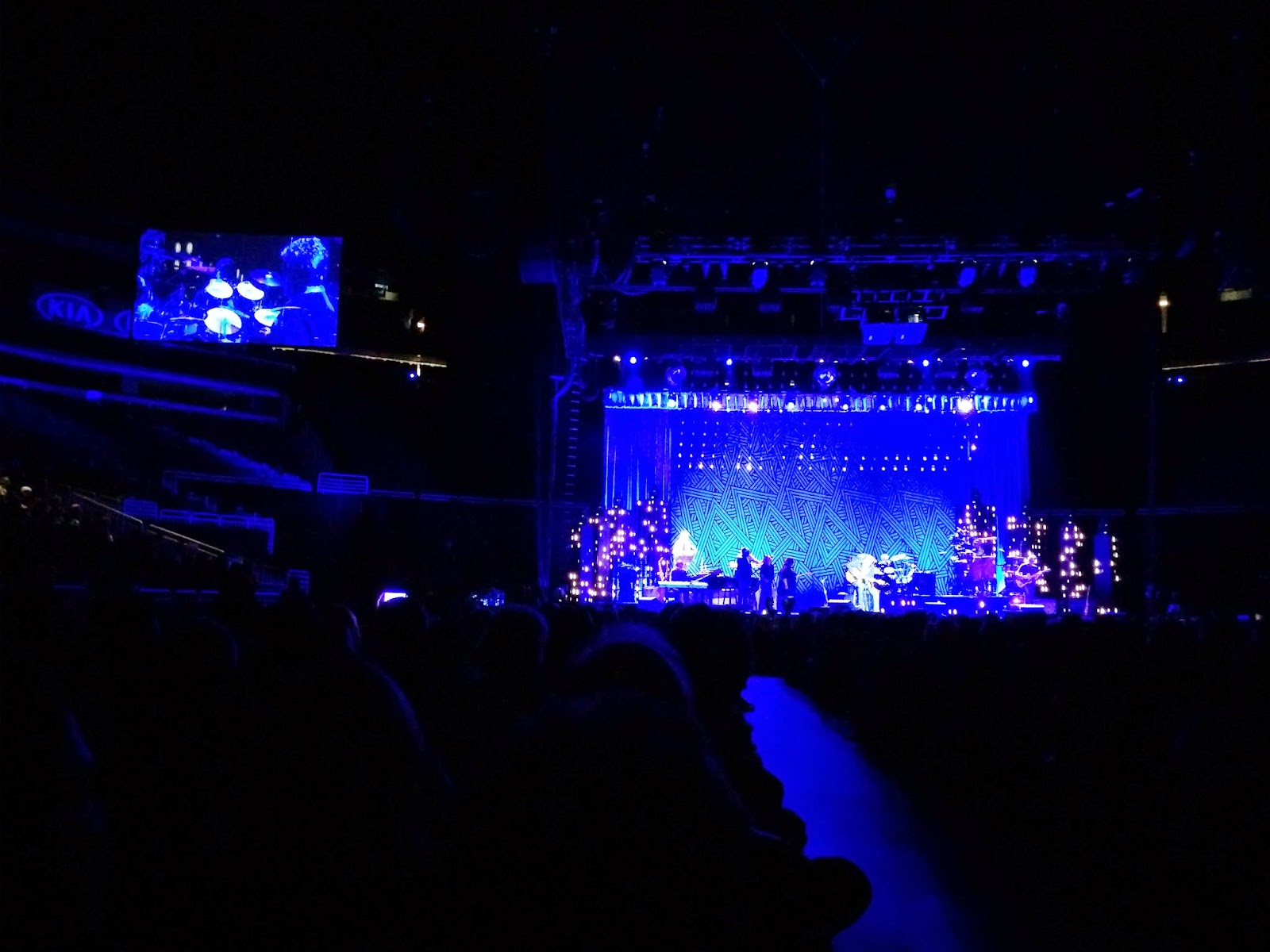 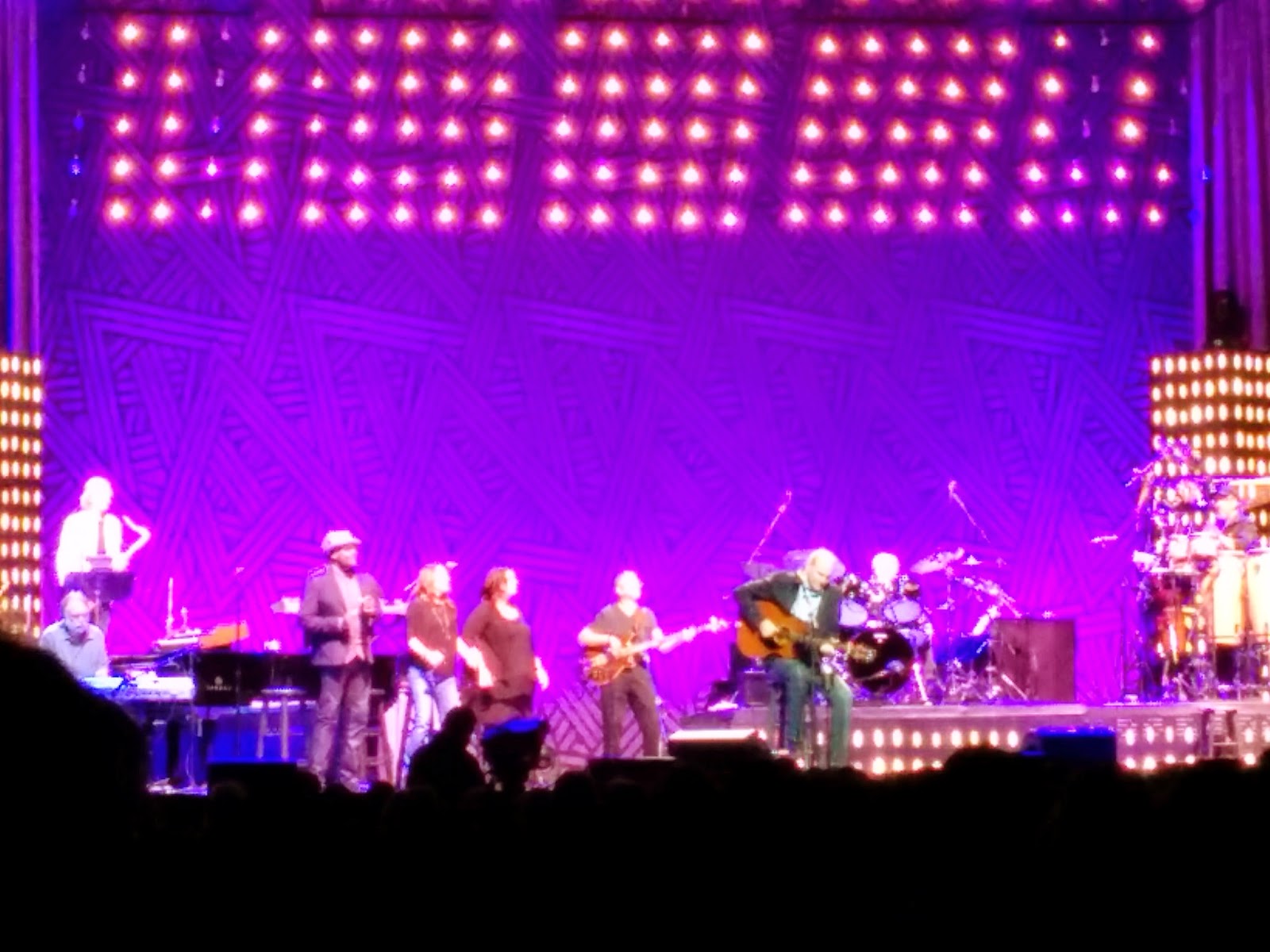 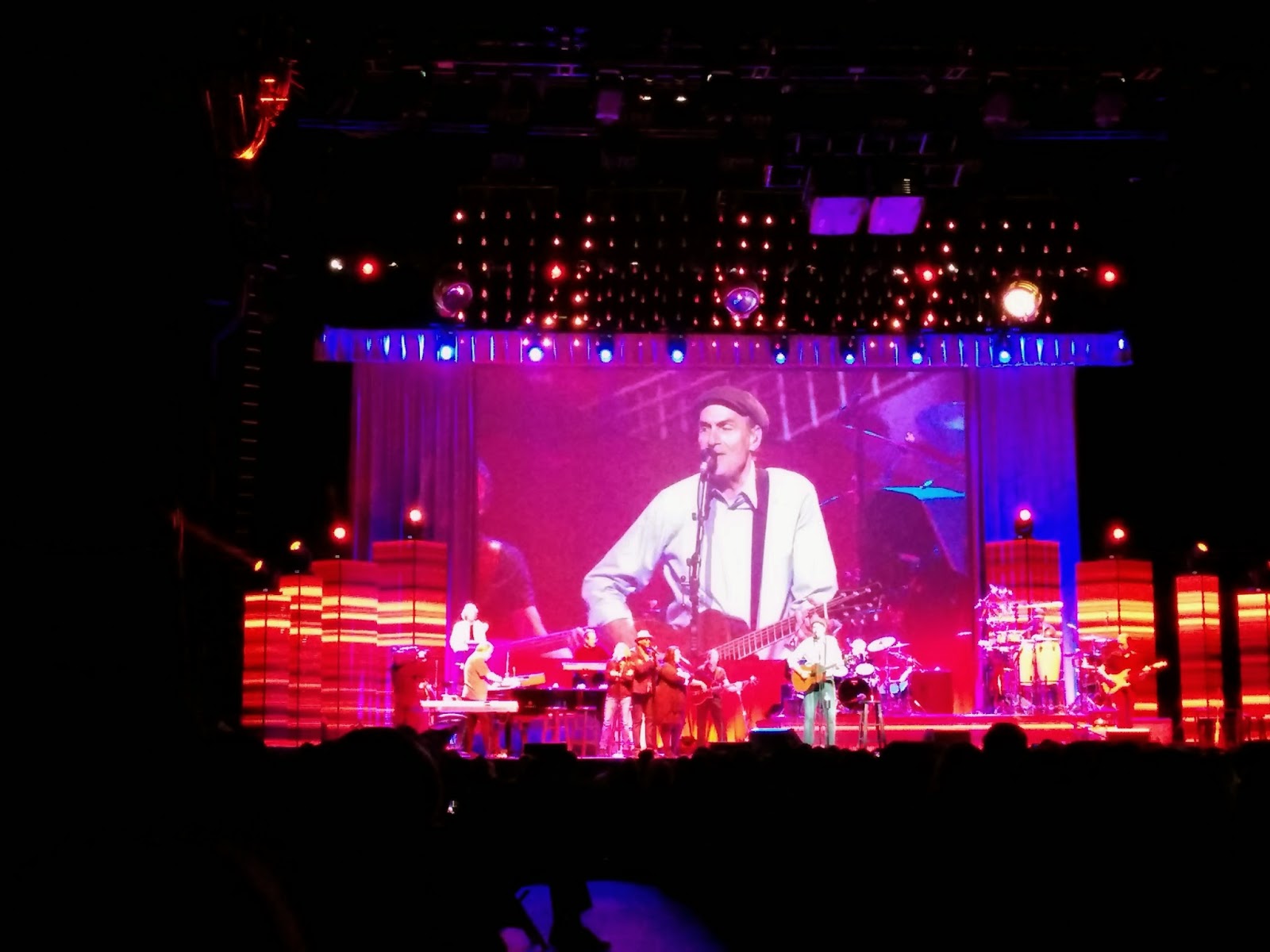 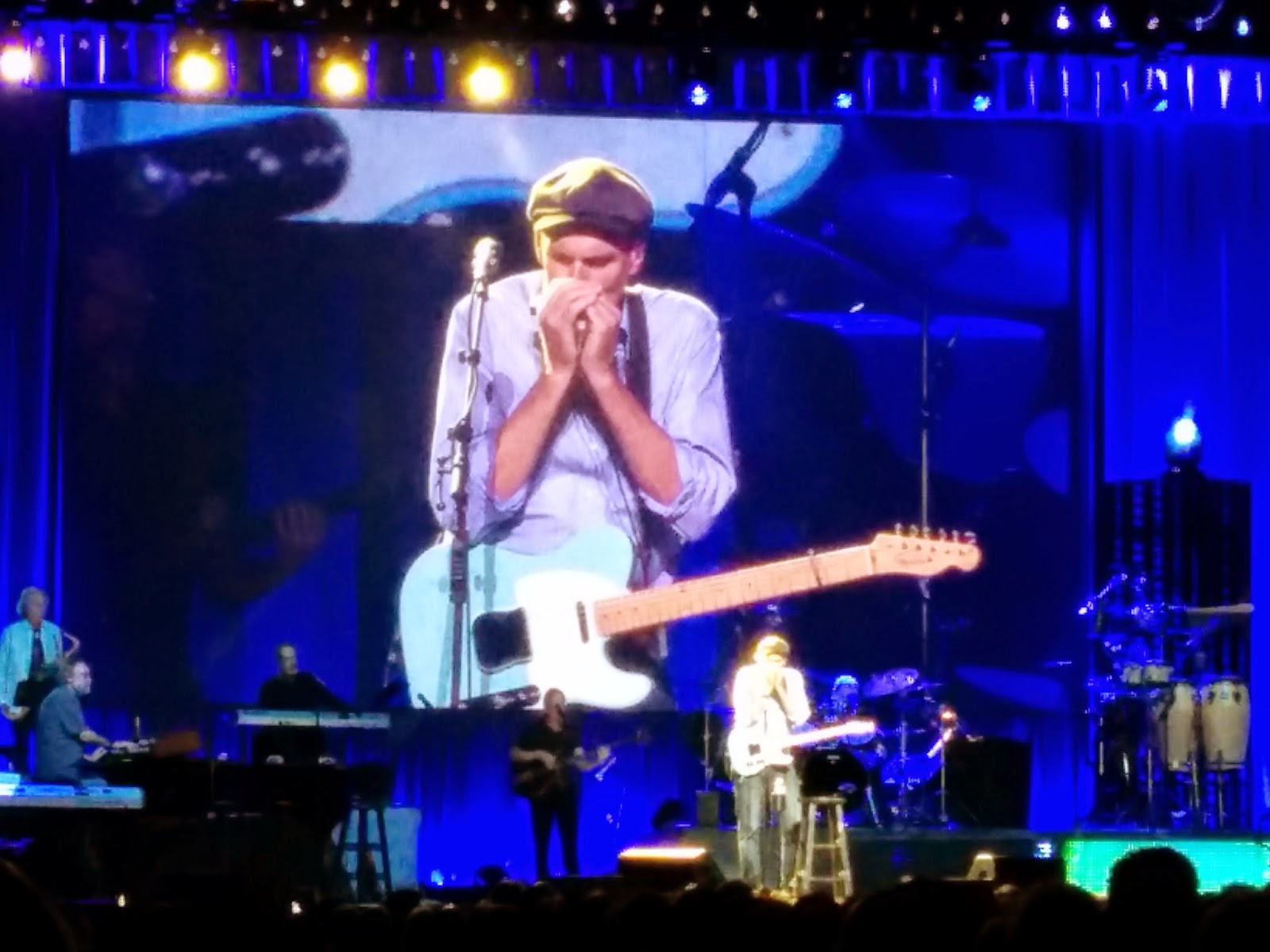 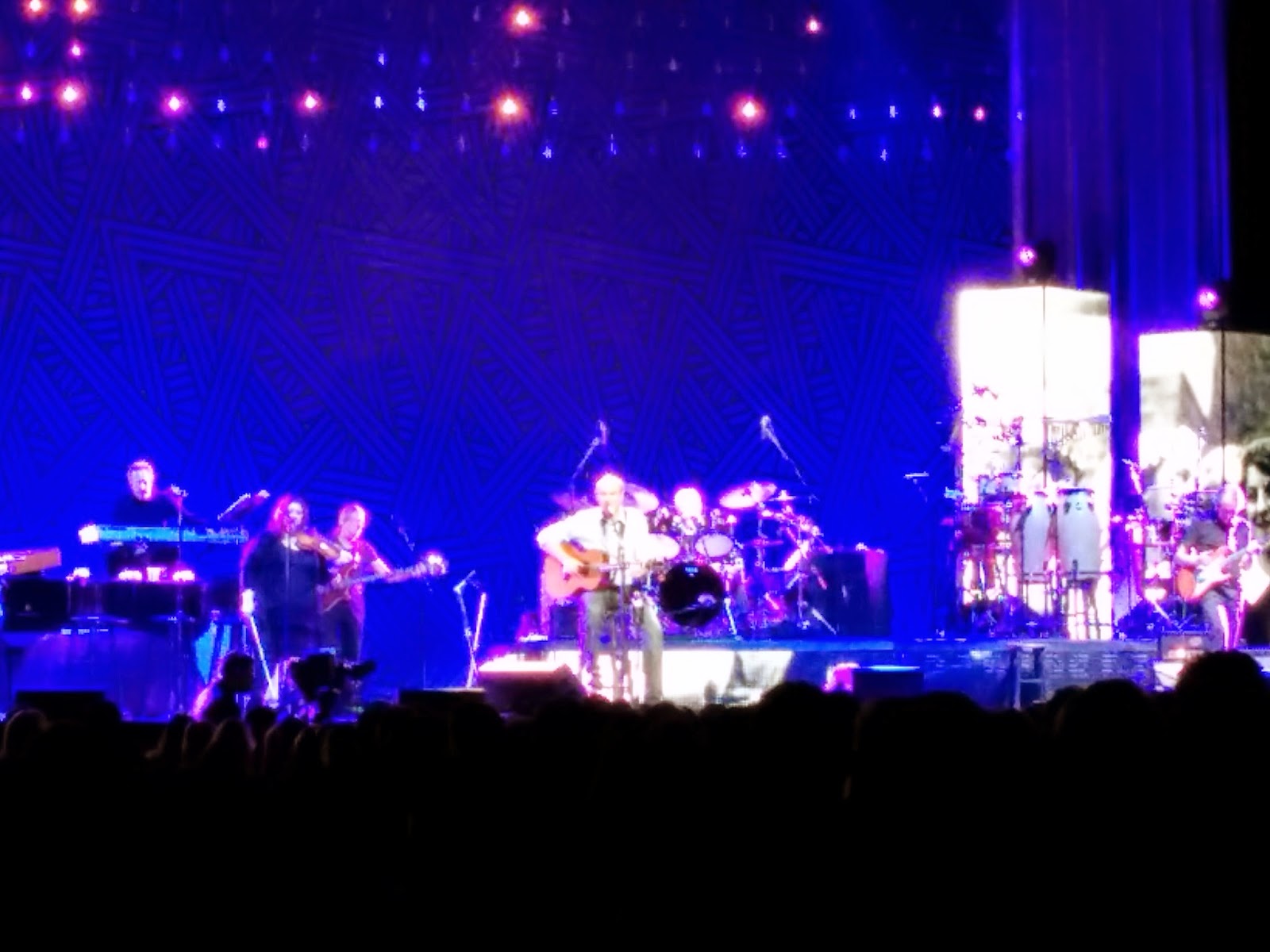 Now we are heading into the holiday week by starting with a wine dinner tonight- so more on that later. Then we have lunch with Lew & Ellie on Monday and Larry is coming up Thursday and the following week we are seeing Al & Carol, going to the Blues Festival and enjoying our six month vacation.  We did have a cold snap here this week when the overnight low hit the mid 40s (the same time Buffalo had eight feet+ of snow- so we don't complain) but tomorrow is supposed to be back up to 80*!

Kitties are settling in quite nicely and enjoying their winter home as well- while I have a bit of beach time and now that our cool weather is exiting for a while- will get back there again.... 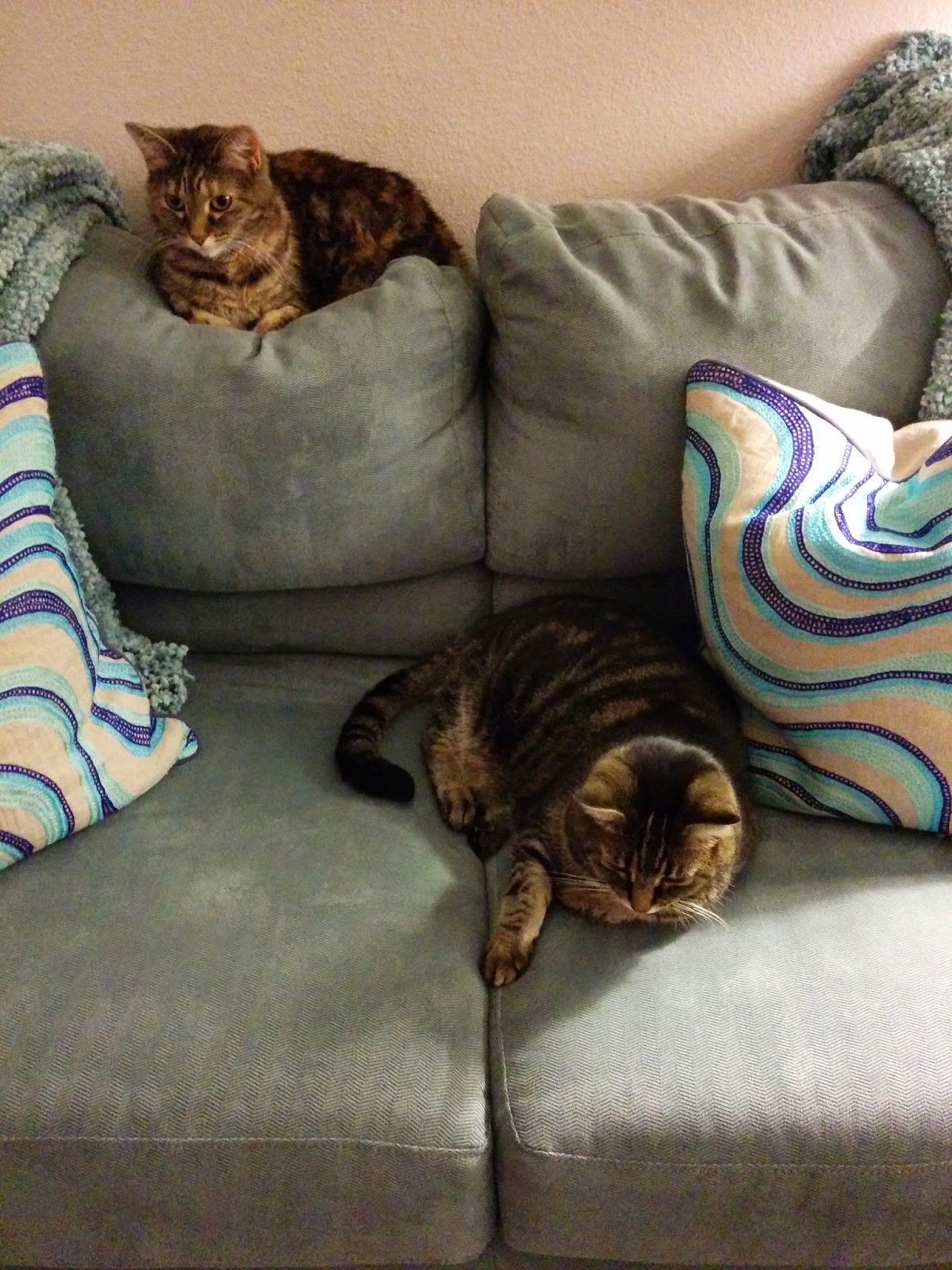 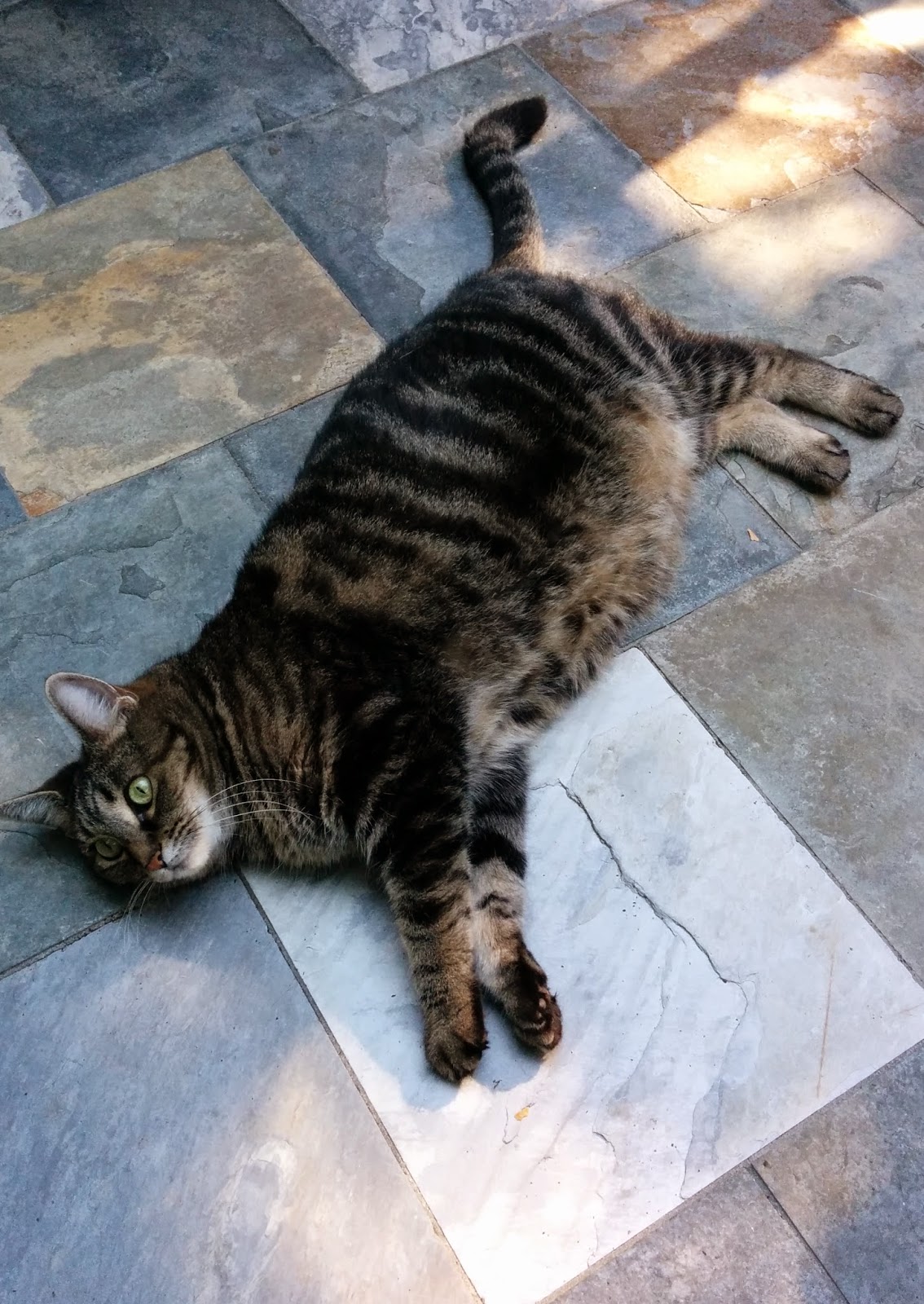 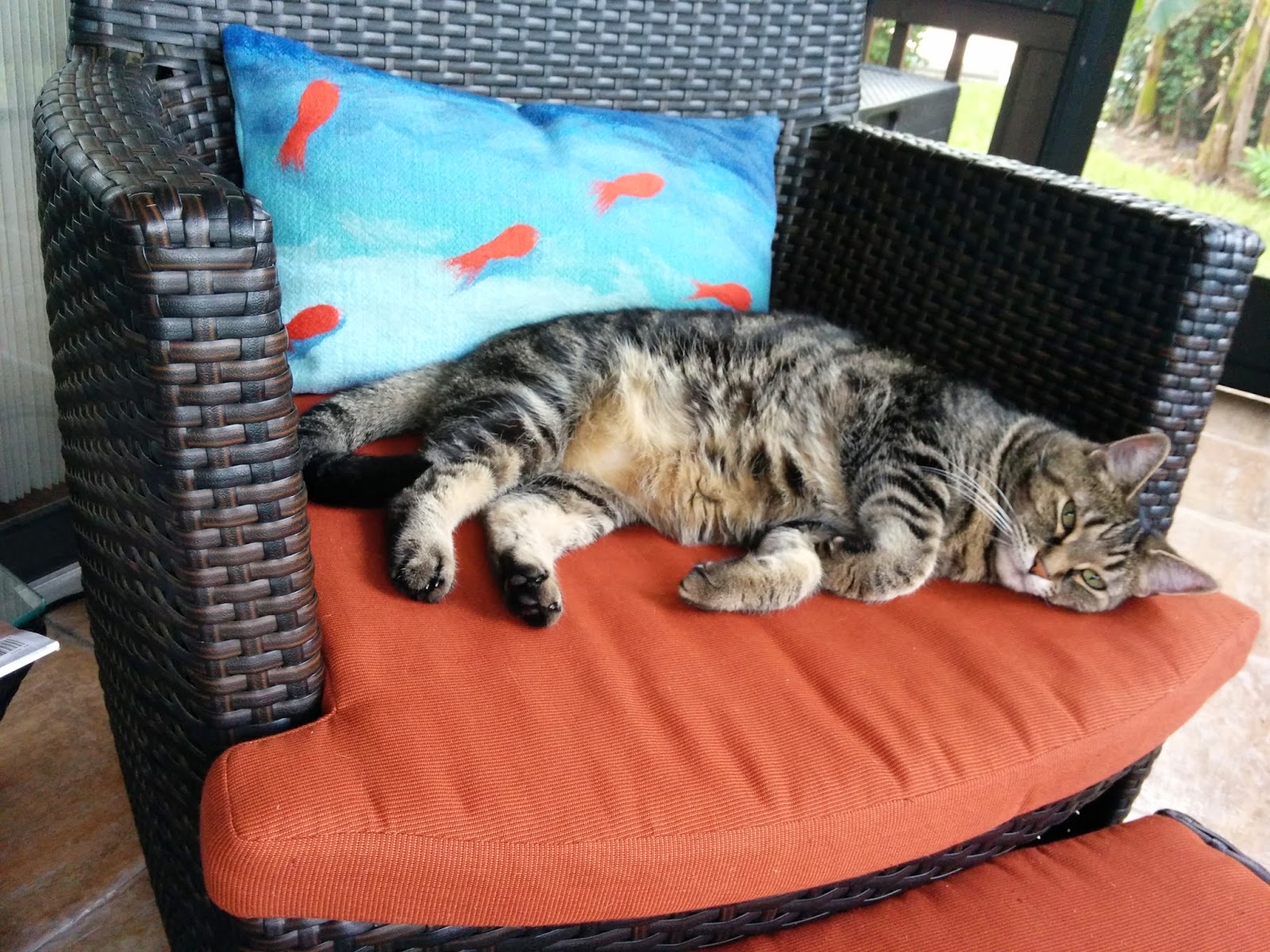 Penny's view from her lounge chair on the screened porch- 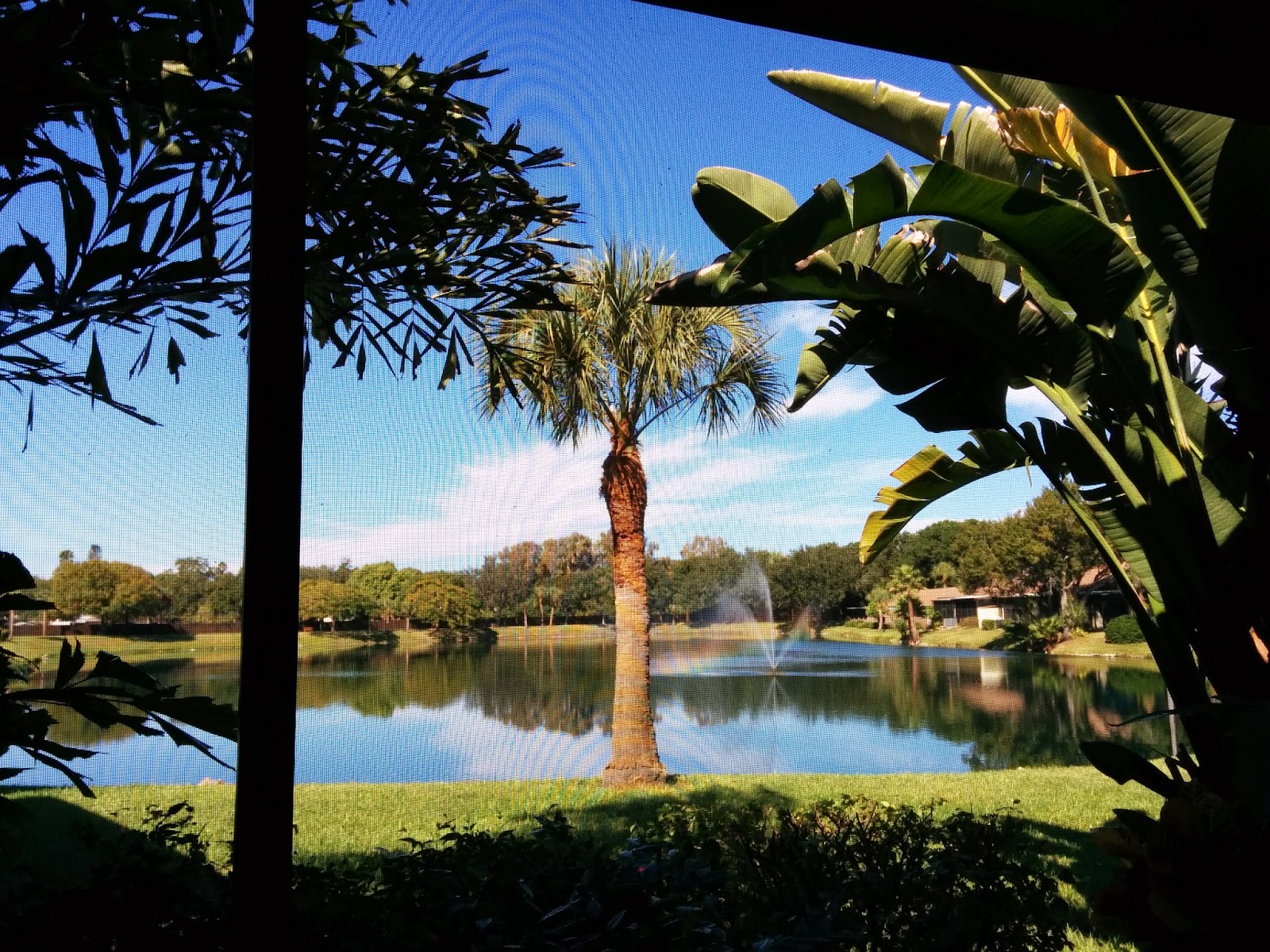 from my time at the beach 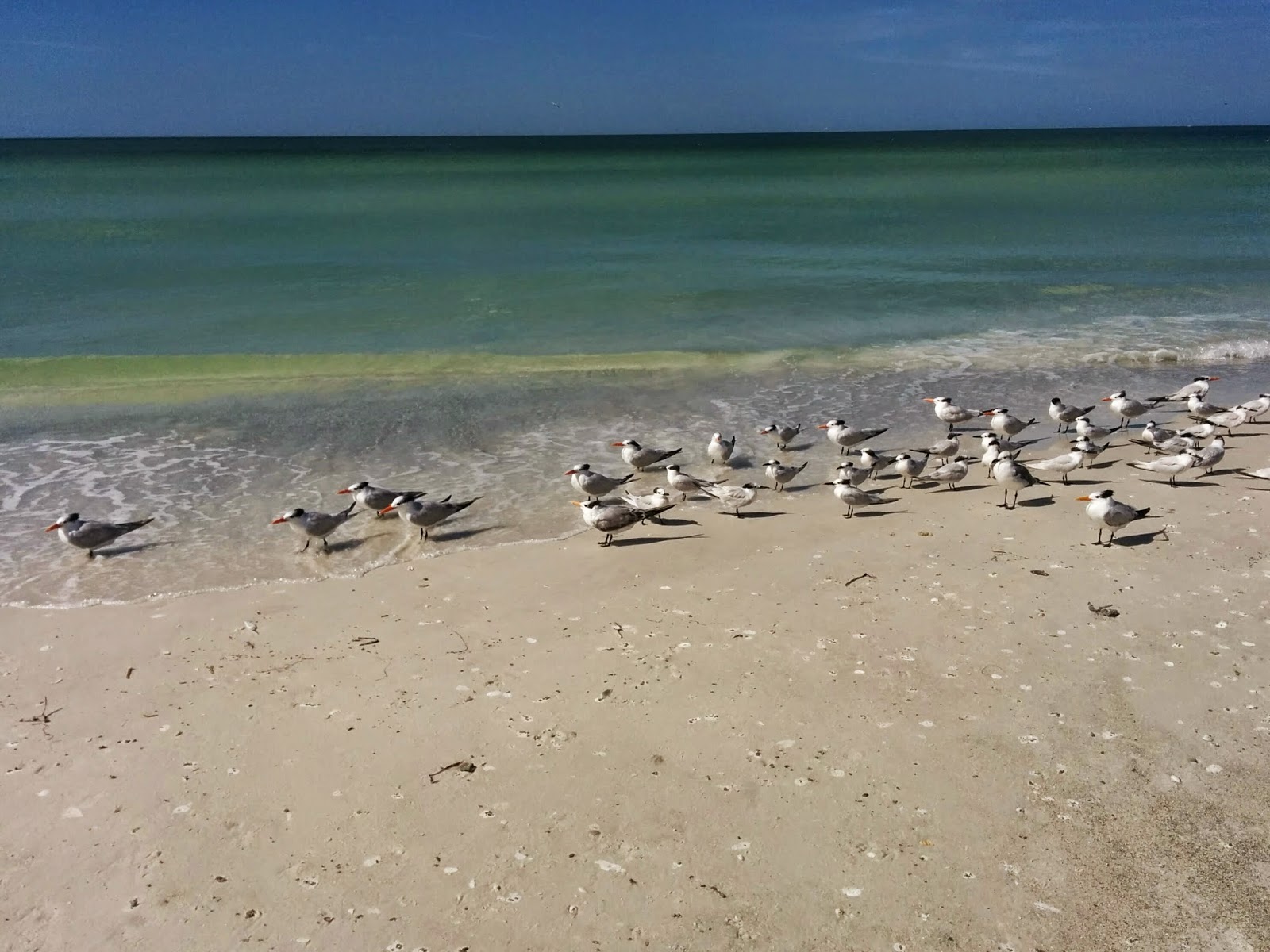 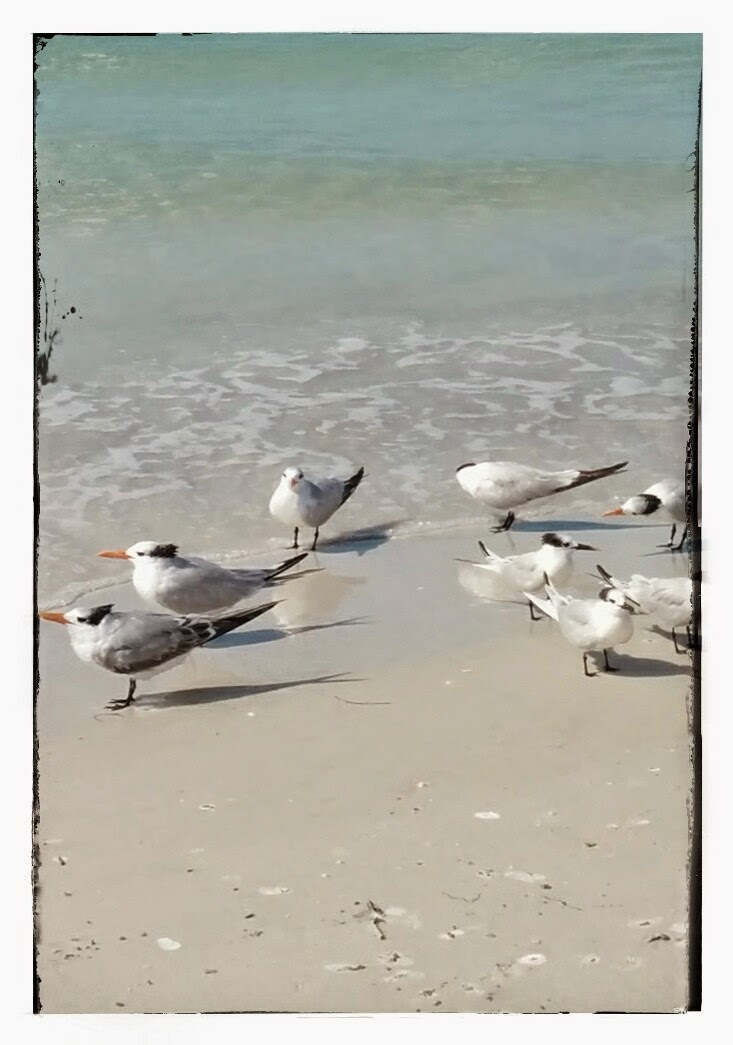 Since our December visitor canceled on us we probably won't have guests until January.  Unless someone takes pity on us and decided to come visit last minute- LOL... we love this time of year here- weather is good and the crowds of "season" people don't really arrive until February...

here is a parting shot - our six month vacation is about to finish week three... and I know the time flies by... so time to stop and enjoy the blessing of our of lives - a perfect prelude to THANKSgiving! 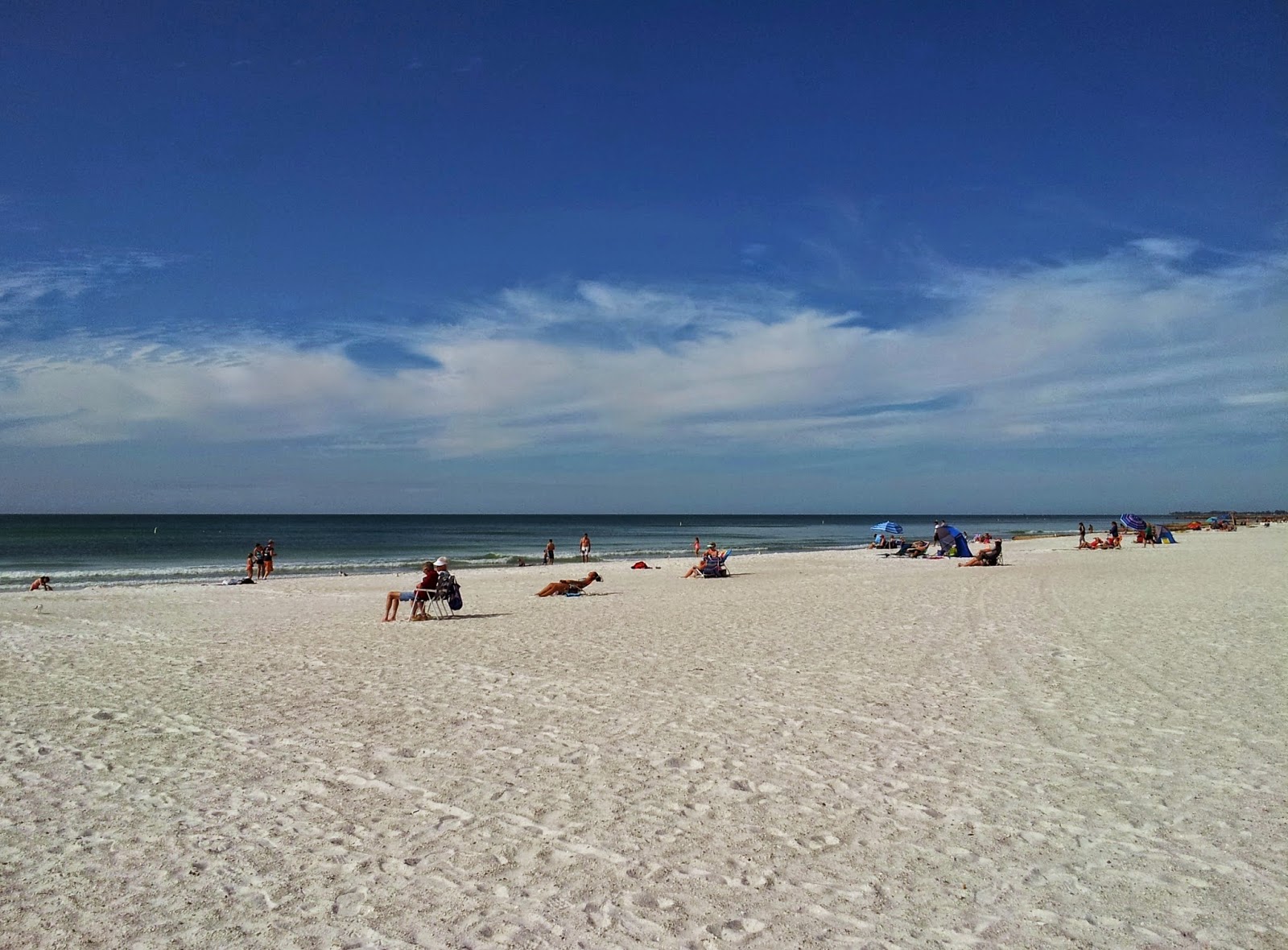