so off I went on the first day of school- no plaid skirt, no knee socks, no saddle shoes... I didn't wear flip flops but I could have- it is warm today.  I found my class room with no problem and pick the primo seat - center - on the aisle- back row of two rows...it's a small room but when we got started every set was full! I would estimate 25 people... about 40% men and 60% women.

the "professor" comes to us with a background of newspaper reporting and as an author of books...including the upcoming one on Florida maritime history - surprise surprise this is material that will form the basis of  the book- and I am sure it is useful to find out what questions people ask so that answers to such inquiries can be included in the book....

Florida maritime history is controlled by the geology of Florida.  The Florida geology is unlike any of the north american continent- the entire peninsula apparently broke off from Pangea and floated across until it smashed into the land mass that we know as North America... so Florida is actually geologically speaking a part of north Africa (from the area of Morocco to Dakar).  The rest of the story of Florida is about the trade winds- which come across from north Africa and blow tropical wind and water into the Gulf of Mexico - which is clearly a limited basin and because water has to go somewhere - it circulates out of the Gulf and creates the Gulf Stream from the southern tip of the peninsula of Florida where it scours a deep trench off the northern coast of Cuba and rounds Florida in a similarly deep trench up along the east coast.

why is this important? because during the ice age when much of the earth's water was locked up in glaciers and the sea level was at its lowest...some 600 feet below where it is today.  The boundaries of the Florida land mass were extremely different on the west coast (not much at all on the east coast) - The Gulf Stream has discrete and clearly defined boundaries and it creates its own weather (especially worth noting if you are a navigator on the seas).  For millennia the only way to get around on water was by sail, oars or poles... and the earliest civilizations on the peninsula were at water's edge- hence given the geology- the places to look for remains of the inhabitants of the area would be along the edges.  And if you are following along here that would be in the middle of the Gulf of Mexico or along the area of southeastern Florida where the drop off in the ocean created a stable coastline for thousands of years. Our current coastline dates from roughly 5000 years ago.

one of the few places where you can find remains of human habitation on the Gulf Coast is at Little Salt Springs. another is at Horr's Island (from about 3200 years ago) where there is evidence of oyster catching and net fishing for vegetarian fish like mullet and seasonal fish for other species .  Nearby there was another settlement at Key Marco (south of Marco Island) where evidence indicates the use of catamaran style canoes (two hulls lashed together) and sails, as well as other maritime technology such as block & tackle for hoisting heavy loads.

the Calusa natives that inhabited the area sailed to Cuba (per early European settler testimonial accounts) before their population died out decimated by European diseases and enslavement.  They may have even traded with Meso-America (as evidenced by gourds used for water vessels and for floatation of fish nets) By the time of Columbus there was definitely canoe based trade around the Gulf.

Canoes in their earliest form currently found in Florida were dugouts made by burning single large tree trunks.  A huge cache of these canoes was located near Gainesville on the lake bed of Lake Newman. This find has canoes dating as far back as 5000 years...

here are some things I found on the Internet-


The first people probably entered the Florida peninsula around 13,000 years ago. As the global climate warmed and continental ice sheets melted, the sea level rose, reaching its modern level round 5,000 years ago. The archaeological remains of the first Floridians who lived along the coast are now submerged by the sea and in springs and rivers. From the time of the first people, the sea was an important source of food. Fish, shellfish, and crustaceans were plentiful along the coast and in the bays and rivers. People came to rely on dugout canoes for water transportation. The oldest canoe found in America, 5,000 years old, is from Florida. More than 80 canoes recently were discovered in the lake bed of Newnan’s Lake in Central Florida after a drought caused the water to recede.


Benjamin Franklin was the first to make a map of the Gulf Stream, and his insights, gleaned in part from Boston whalers, helped American captains beat the British competition (at least until everyone caught on).  Most of the waters that enter the Gulf Stream system first have been driven westward across the Atlantic by the Northeast Trade Winds. In the Caribbean and the Gulf of Mexico the current is gradually narrowed, and its velocity increases to more than 4 miles per hour as it passes through the Straits of Florida. As it turns north between Florida and the Bahamas, the Florida Current flows at a depth of some 2,600 feet and then follows the continental slope beyond the edge of the shelf.

and here are a few illustrations for the above narrative-

in this first one we see the distinct edge of the shelf along the coast near Miami where the Gulf Stream has scoured out the deep channel- versus the sand filled areas along the west coast - and understand why the west coast beaches rule! 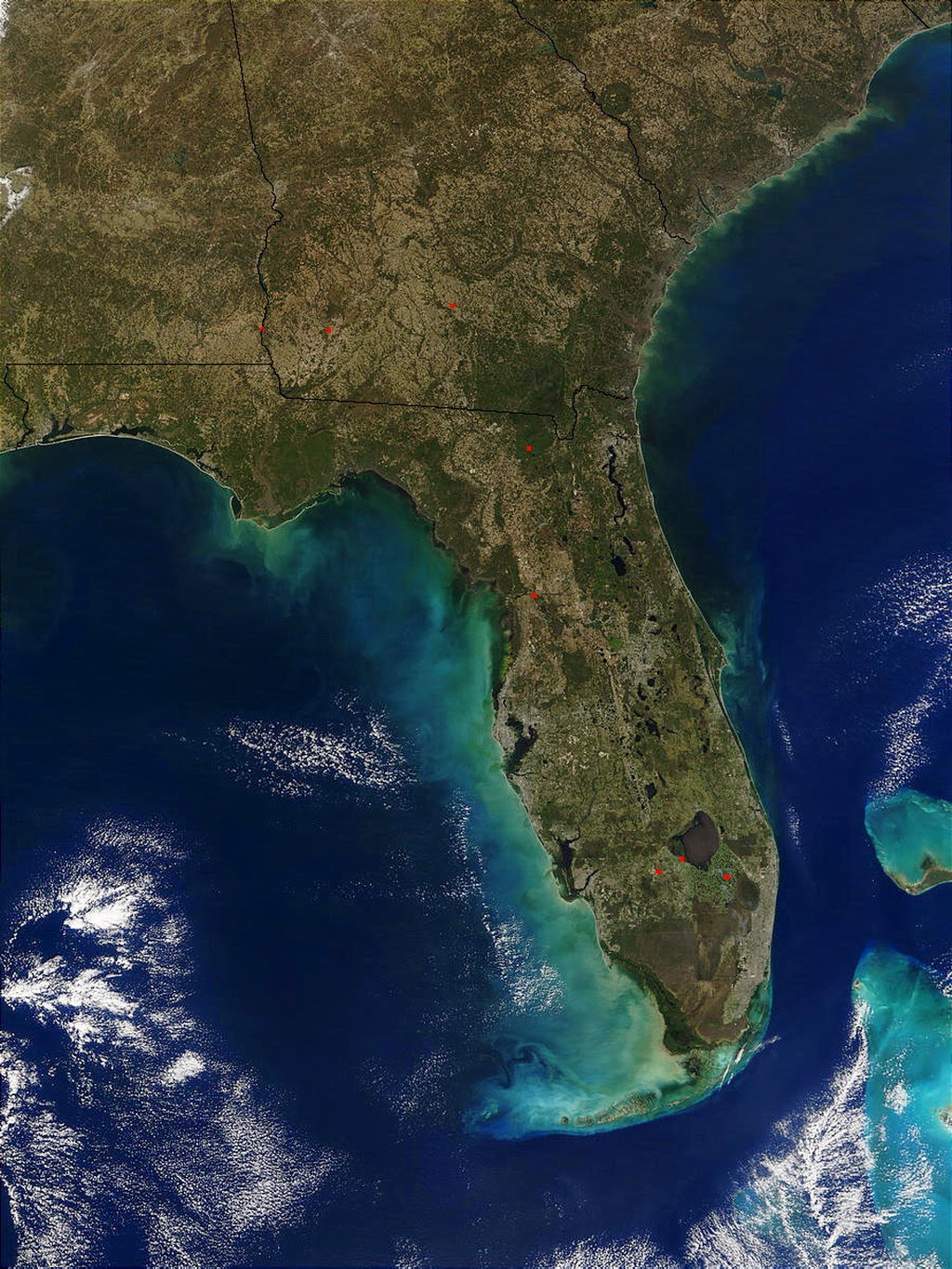 this one shows the same phenomenon with Cuba's north coast- 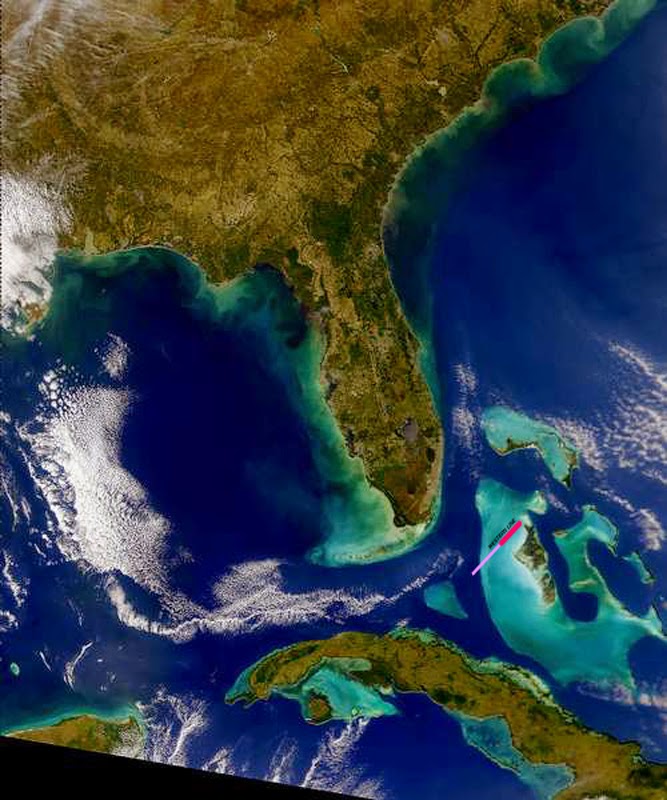 various illustrations of the former shoreline before the sea level rose to the current land mass borders about 5000 years ago... 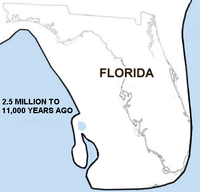 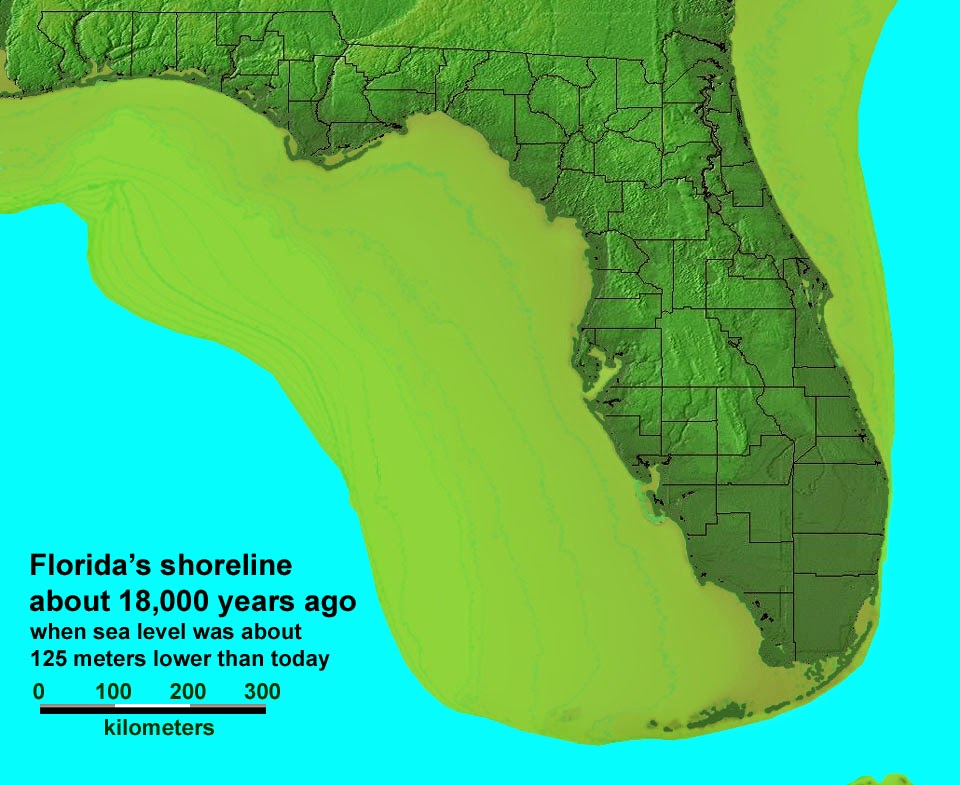 you can see the various native tribes in this map- 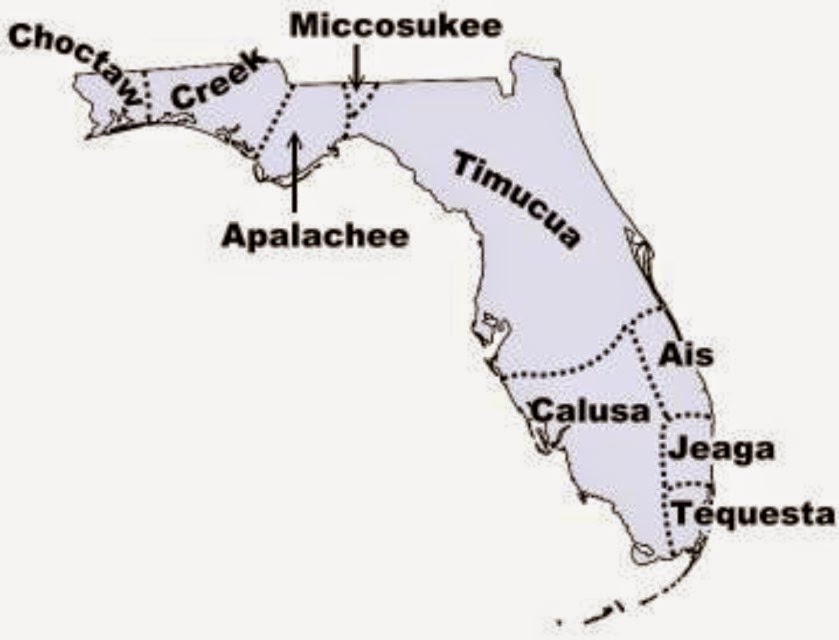 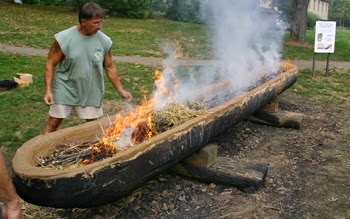 so there you have a synopsis of the info I learned today in class- tomorrow a different class and maybe more factoids to discover--- will always keep you posted!
Posted by TOR at 2:55 PM