So on Saturday morning I got up to go to a lecture on the career of two architects from the turn of the century to the last days before the 29 crash, Carrère and Hastings. 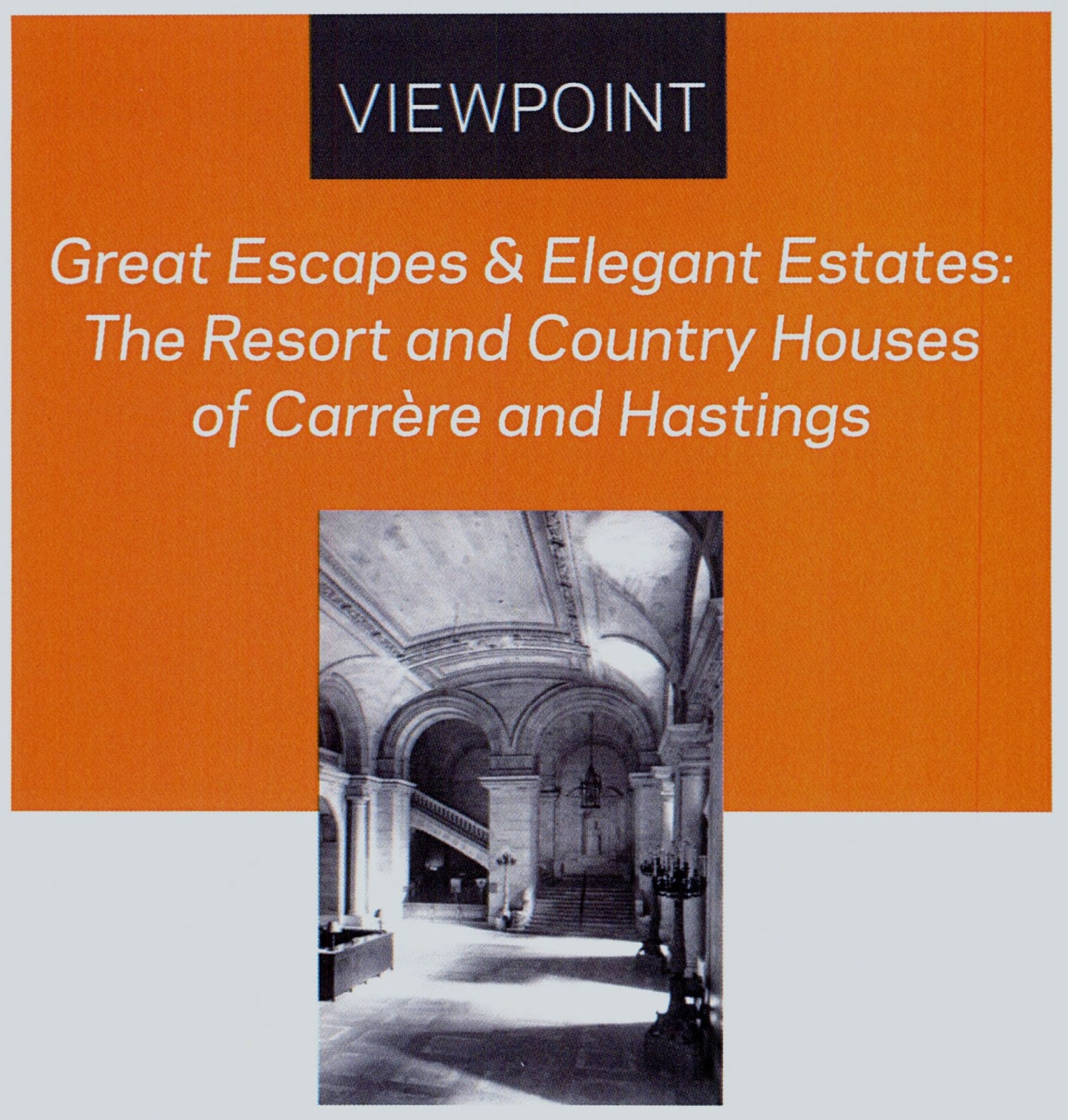 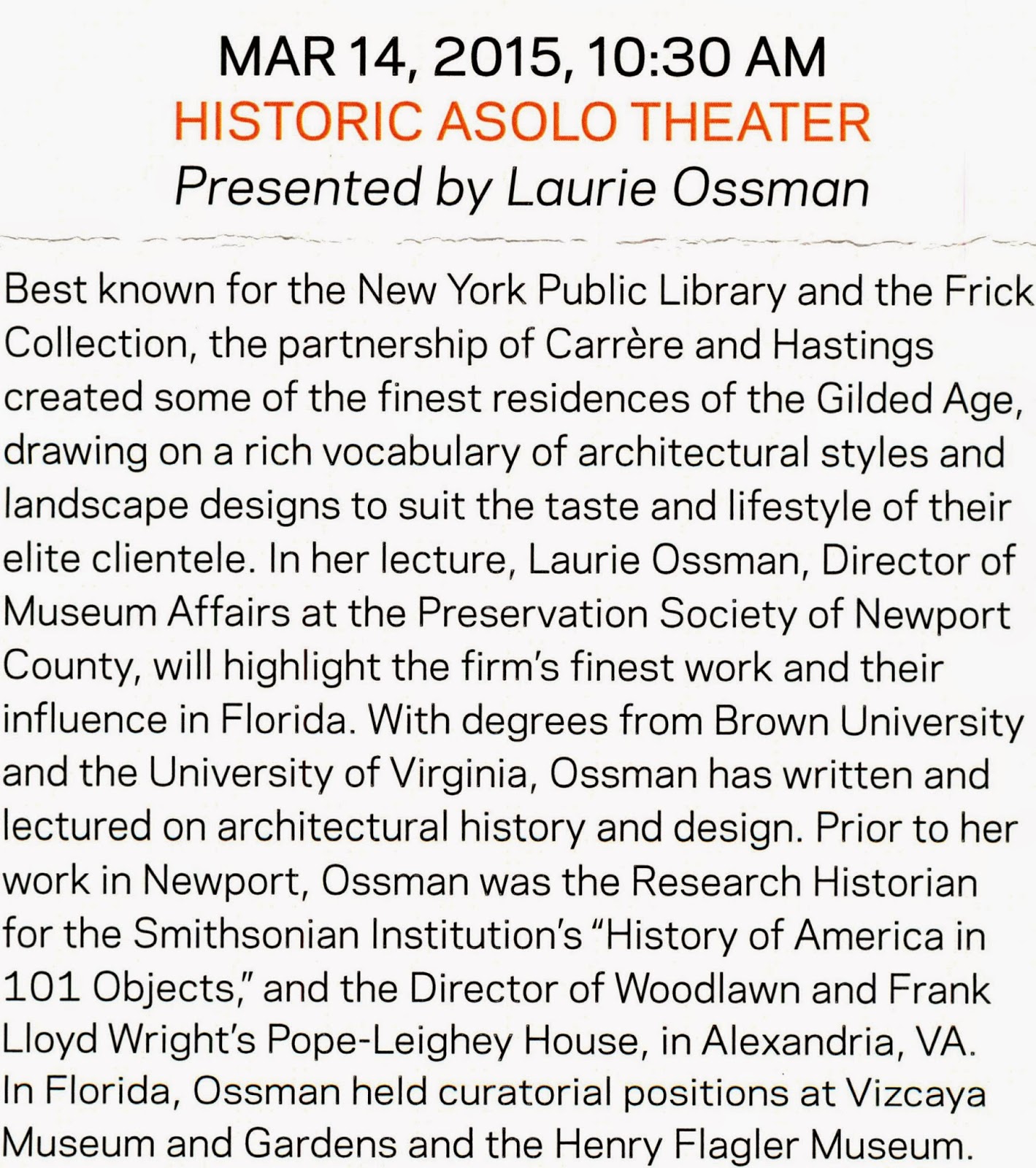 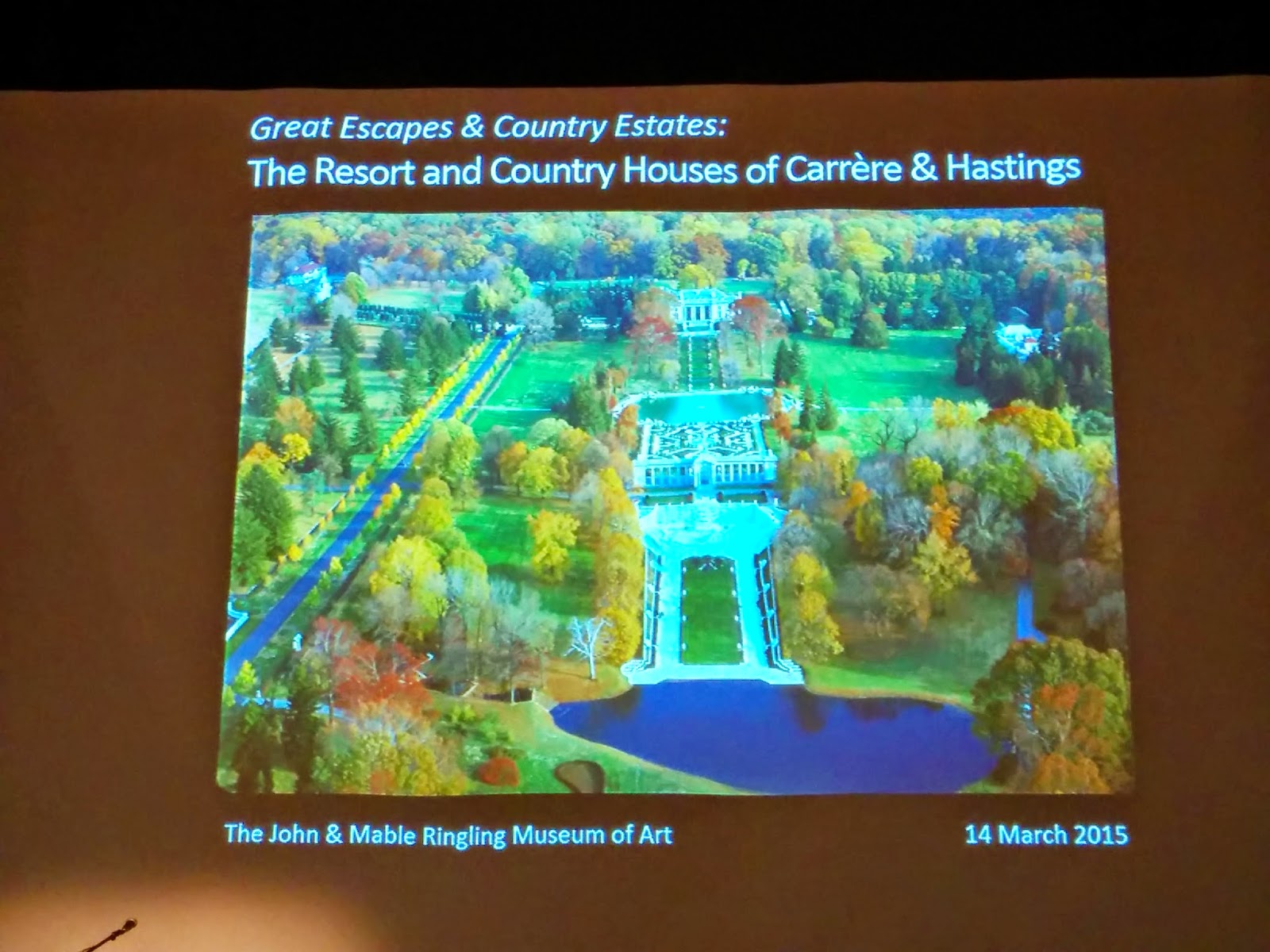 The lecturer was a wonderfully knowledgeable and witty woman who had vast amounts of information about these two gentlemen- giants of their era. Most famous for the NY Public Library (where were they when the monstrosity that is the Chicago Public Library was being designed?) the two collaborated on many other famous works including the Ponce de Leon hotel in St Augustine and the Flagler Home in Palm Beach and many "country" homes of the uber-rich of the era in Newport and Long Island and other east coast venues. And one of our favorite museums - the Frick was their design... 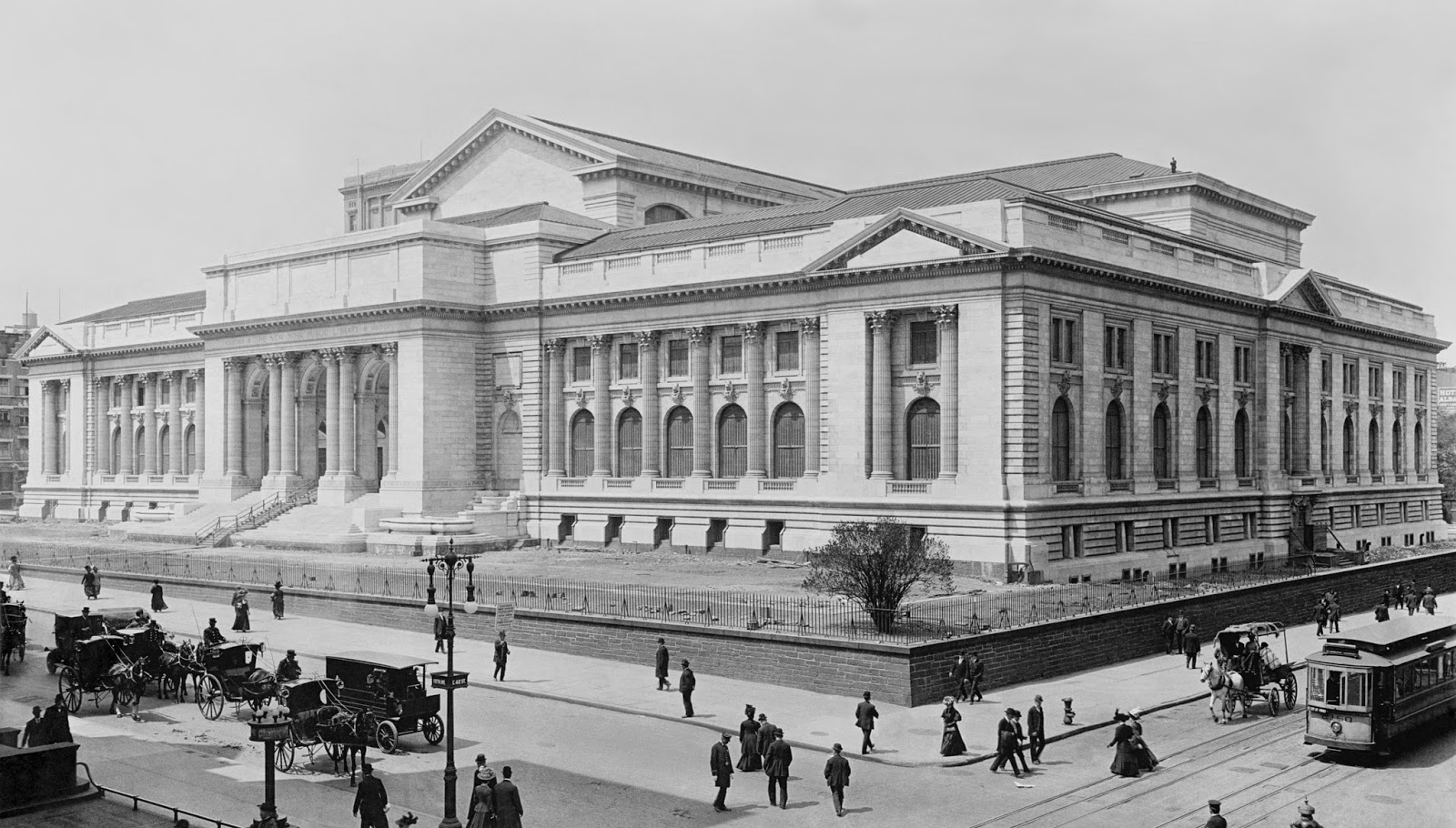 here is the wikipedia entry for them

Carrère and Hastings, the firm of John Merven Carrère (November 9, 1858 – March 1, 1911) and Thomas Hastings (March 11, 1860 – October 23, 1929), was one of the outstanding Beaux-Arts architecture firms in the United States. It was located in New York City. The partnership operated from 1885 until 1911, when Carrère was killed in an automobile accident. Thomas Hastings continued on his own, using the same firm name, until his death in 1929.

Both men studied at the École nationale supérieure des Beaux-Arts and worked at the firm of McKim, Mead, and White before they established their firm in the same building. The partnership's first success was the Ponce de León Hotel in St. Augustine, Florida, which they designed for Henry Flagler. They went on to establish a successful practice during the 1880s and early 1890s, and rose to national prominence by winning the competition for the New York Public Library in 1897. The firm designed commercial buildings, elaborate residences, and prominent public buildings in New York, Washington and as far afield as Toronto, London, Paris, Rome, and Havana. 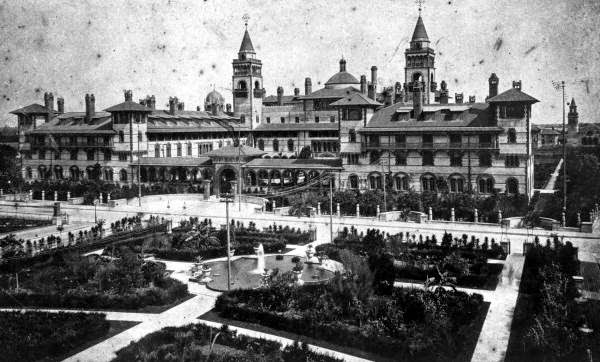 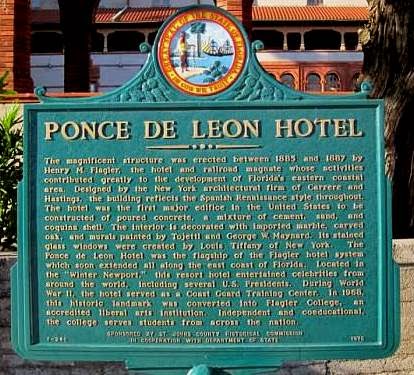 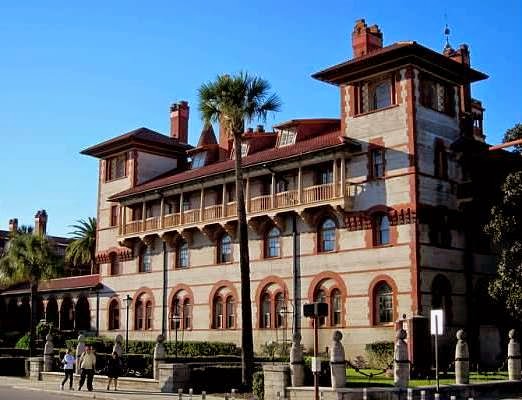 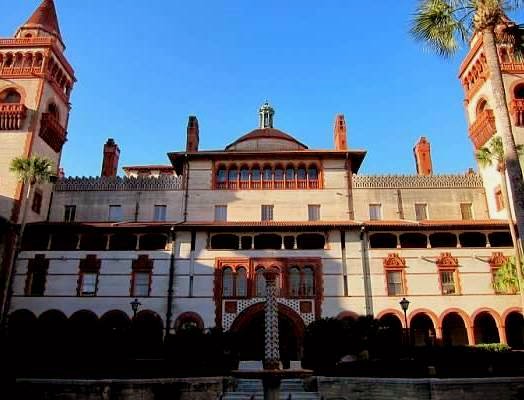 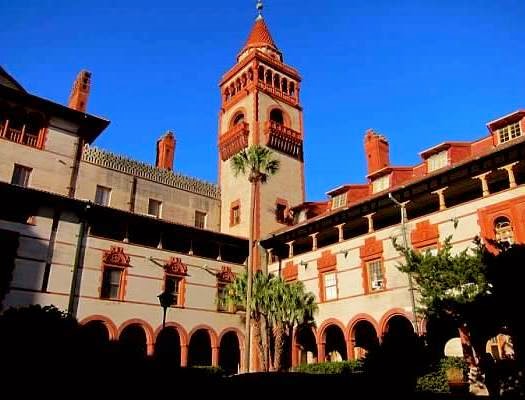 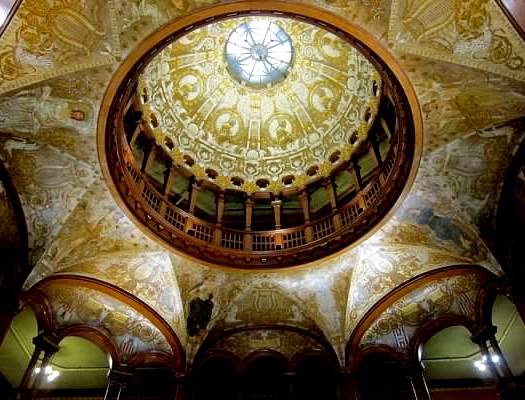 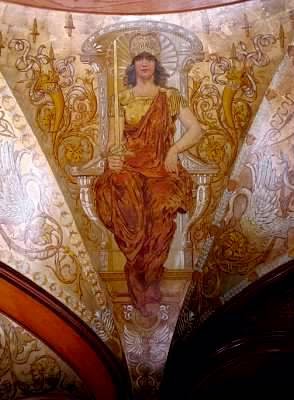 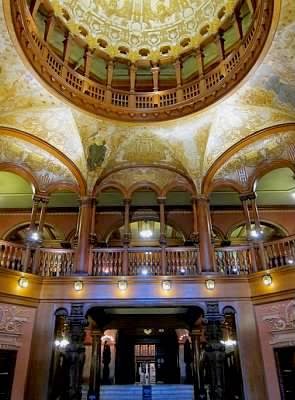 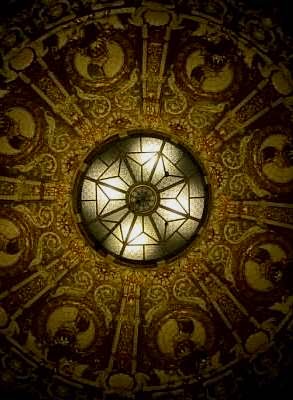 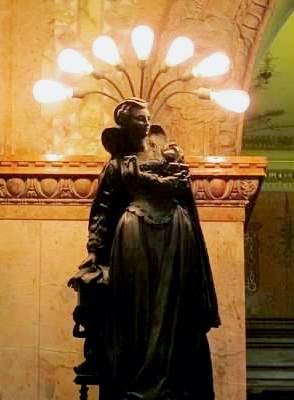 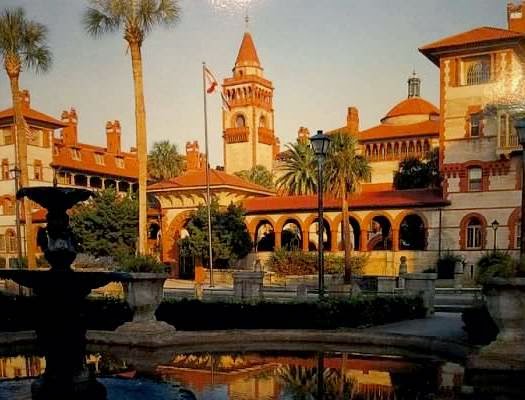 here are some of the works she presented to us this morning -
A very interesting lecture that literally packed the Historic Asolo theater- really worth getting up for!
Posted by TOR at 4:02 PM