you have to try

when my step-son Jeremy was little, he had a way of turning a phrase into a kid version of something people always say.  In the instance of this post- it was "you have to try before you don't know" and this became quite the saying in the family apparently. To this day, Phil will say that instead of you don't know until you have tried... LOL

the name of the place is Roast - and it is in a really cute old building right next to the Opera House...

it started off very badly- even though we had a reservation the woman at the front put the table ahead of us (walk ins) at the last outdoor table.  then she told us that she had a nice table inside for us- and it was a small crappy table shoved into a small corner where you had to squeeze past two other diners even to get to the two chairs backed up against the wall. we had brought a 1990 burgundy and opened it beforehand as we have been having pretty bad luck here with servers breaking old corks due to using the waiter's style wine keys to open the bottles and not taking the time to work with older corks. the wine glasses were Libby style thick glass - which was strange because 1. the place is kind of a higher priced/higher end steak and meat place and 2. they have lots of reds on their own wine list that you would think they would want to show off more to the advantage of the wine they were selling.

anyway- we were feeling pretty darn cranky when the server (who was very nice) gave this answer to a question about the preparation of the "Denver Lamb Chop Barnsley Style" and were told that it "was good" and "made with some oil and herbs on the top" - so without any further information Phil decided that if that was the best they could make it sound then he would order a steak.  then when the food we ordered was brought out the staff person who delivered the food had no idea who had what and had to ask "who had the..." which drives me nuts because anyone who has ever waited knows there are codes for which diner is which - like always start with the person at the 12 o'clock seat and work clockwise when writing it down- even if you don't take the orders in that order you can leave space so that the kitchen staff - food delivery staff knows who gets what...just lazy from a systems standpoint.

however, all of that being said- the food was actually really good and the server was attentive throughout the meal and very pleasant- and it wasn't her fault about the crappy table or the crappy wine glasses or the fact that the woman at the front gave preference to the walk-in over the reservation for the last table outside-

so no I wouldn't recommend it from this visit but yes we may go back and try again in hopes that the service end got better- and next time bring our own wine glasses... 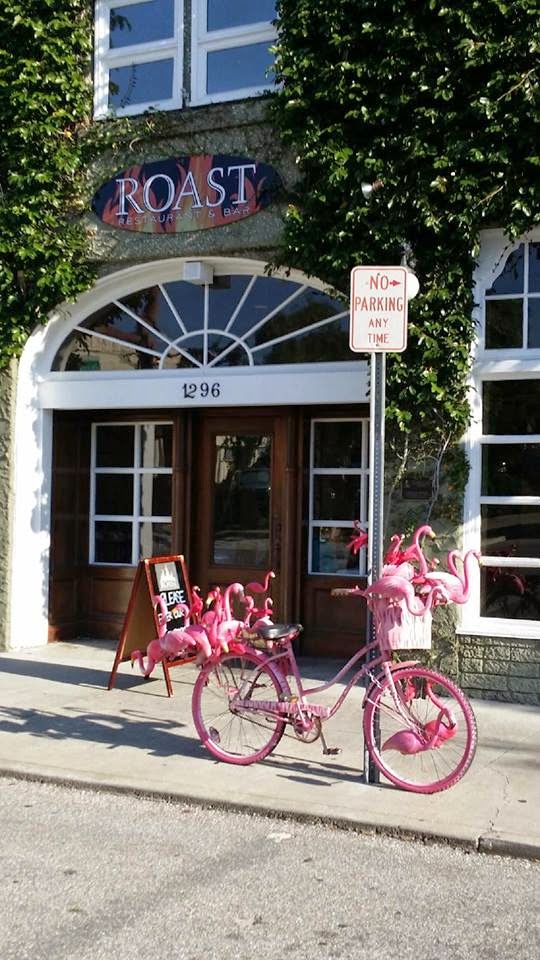 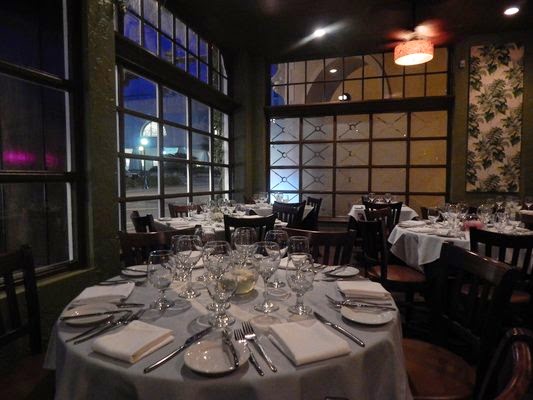 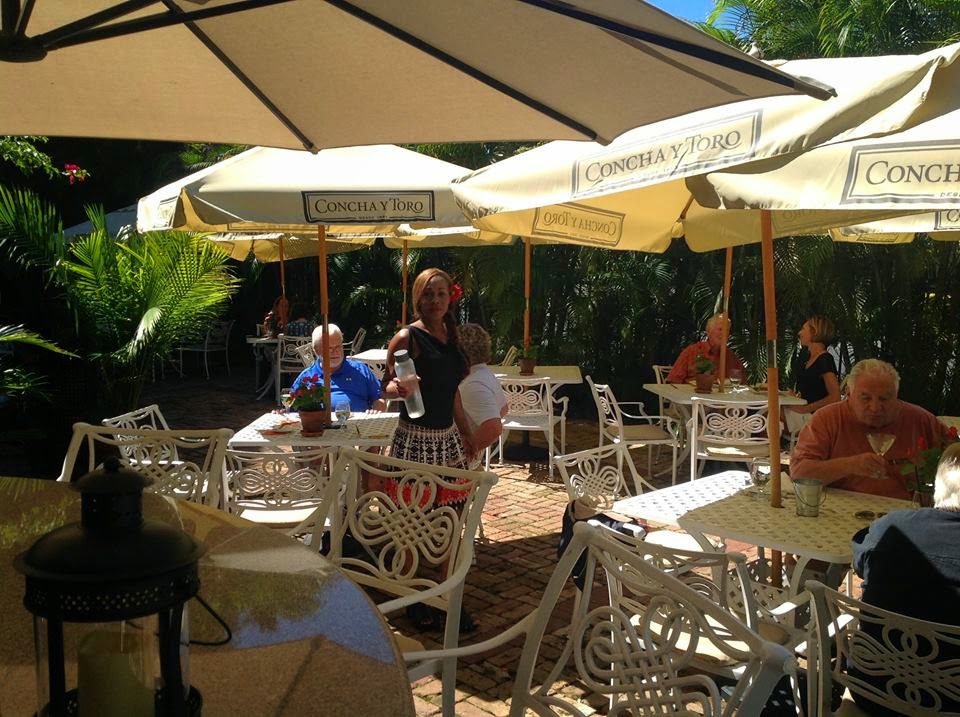 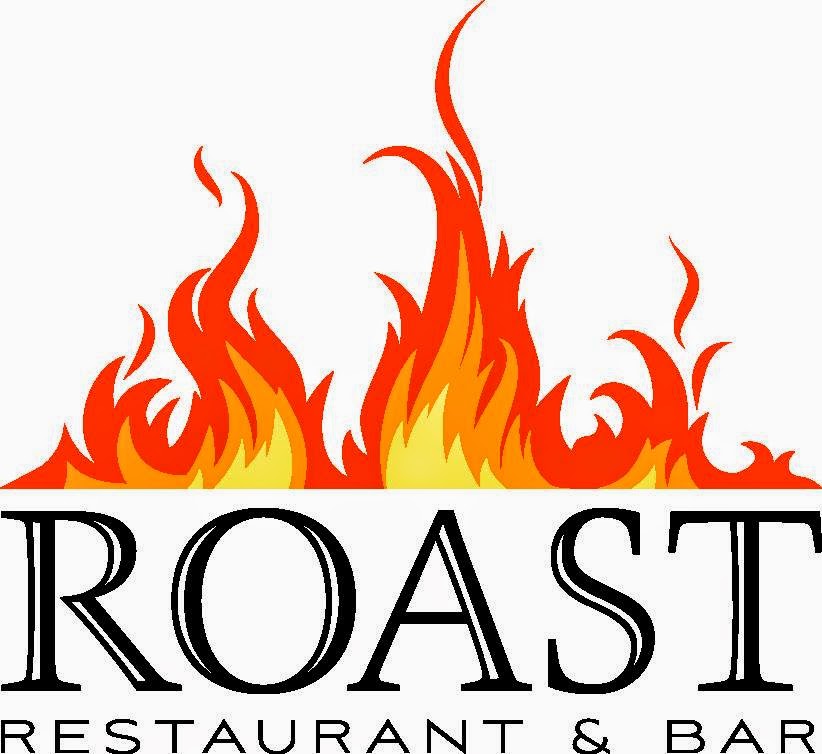 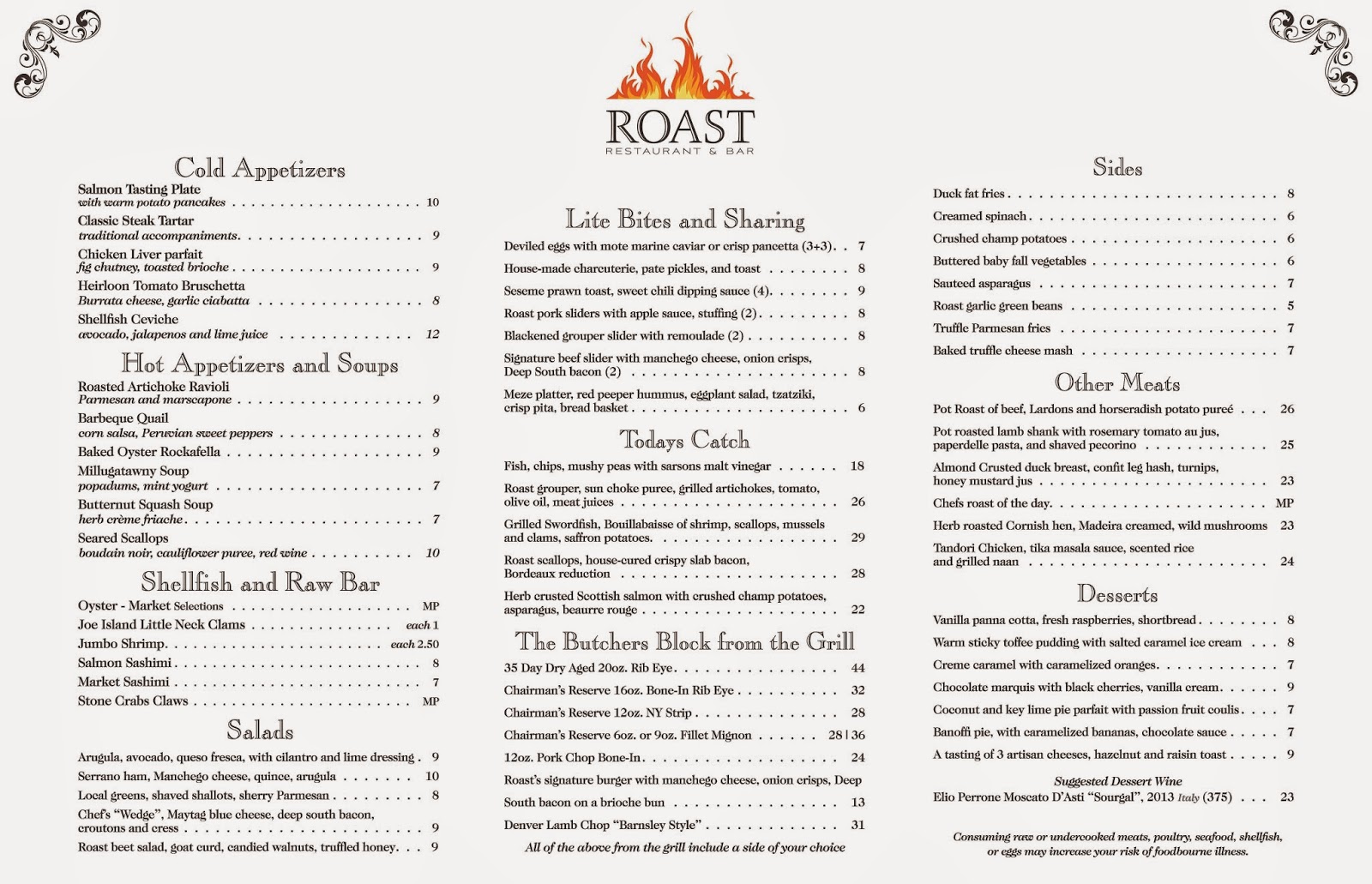 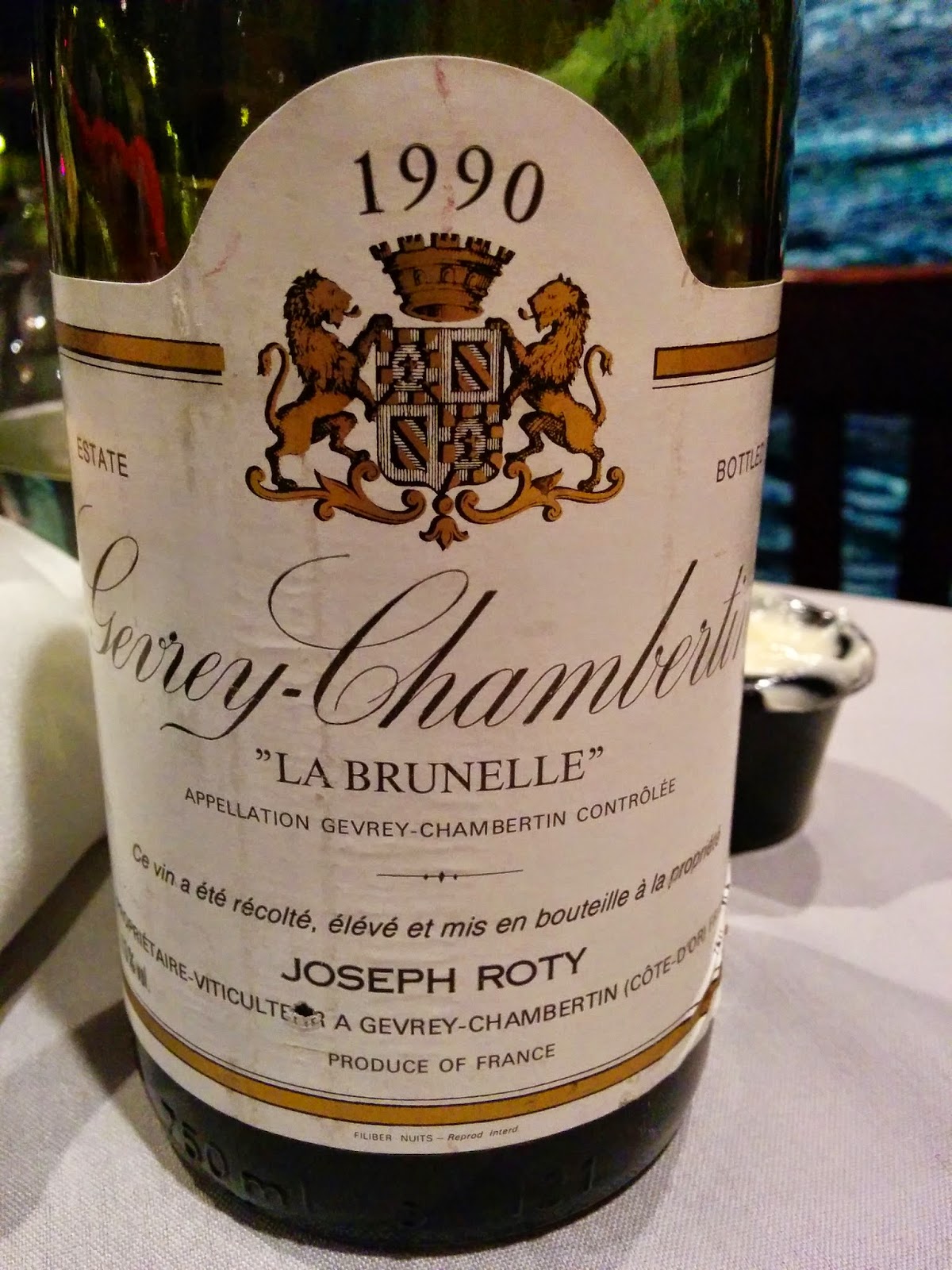 the starters- wedge salad and steak tartare- both excellent- 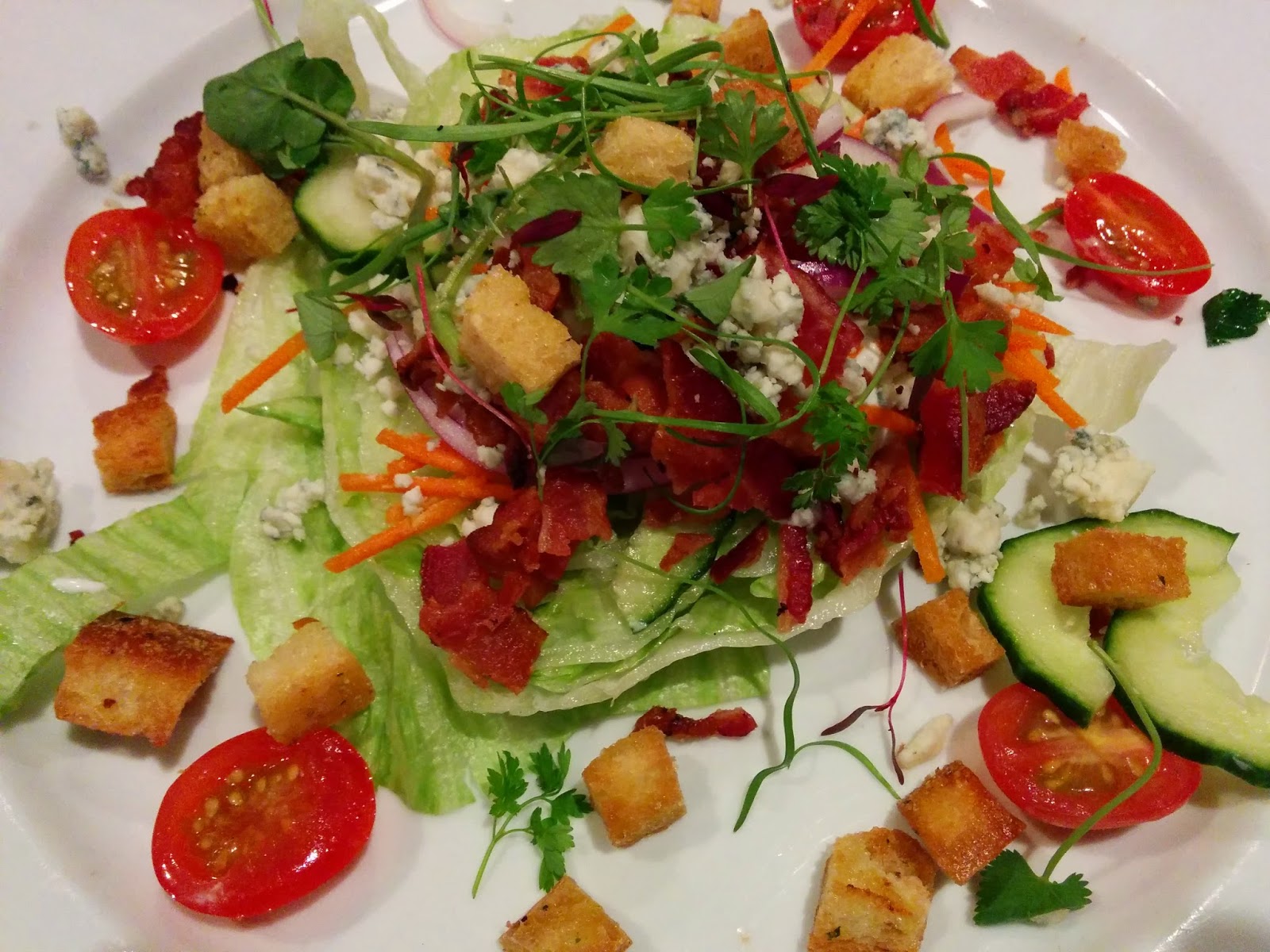 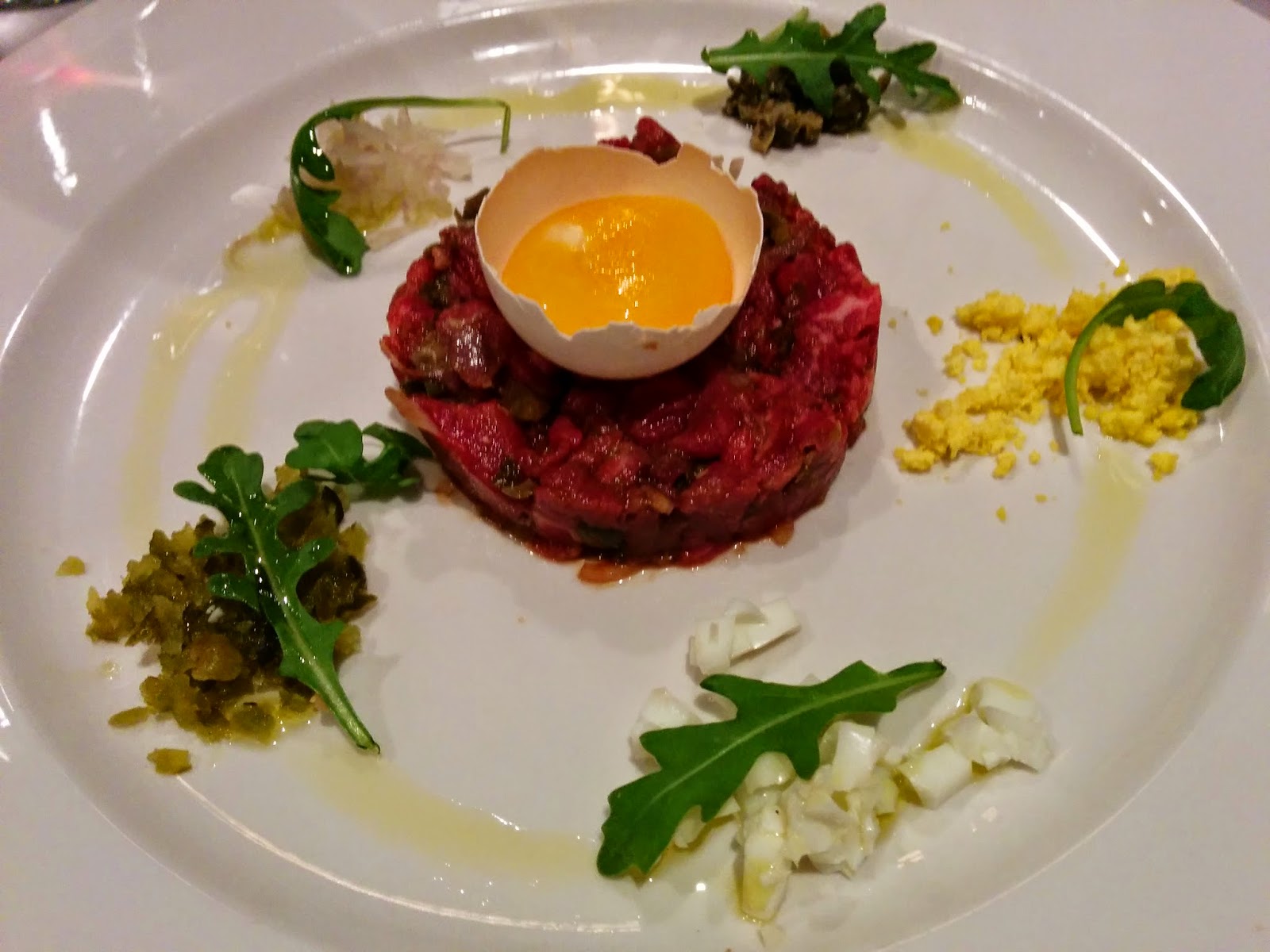 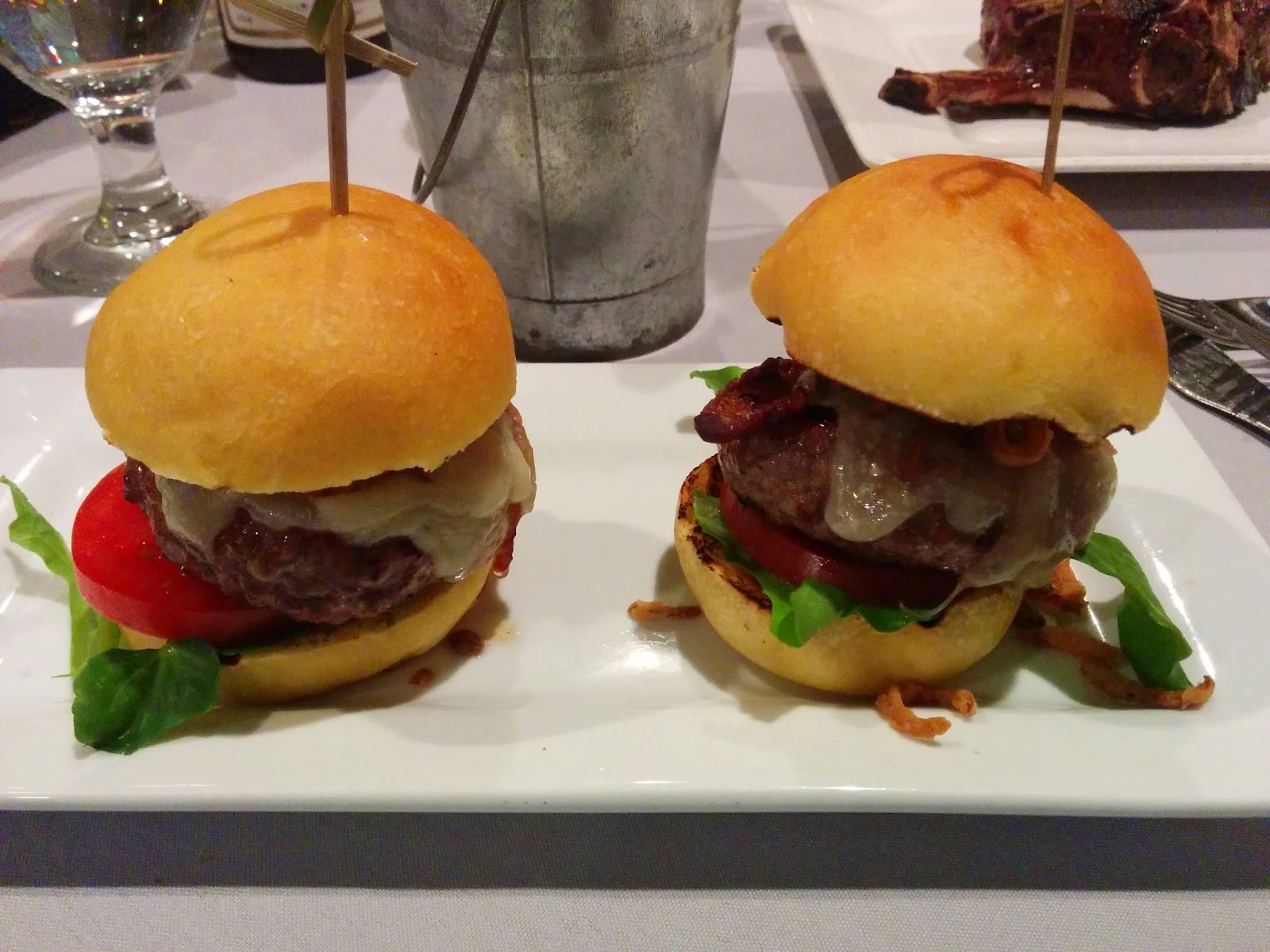 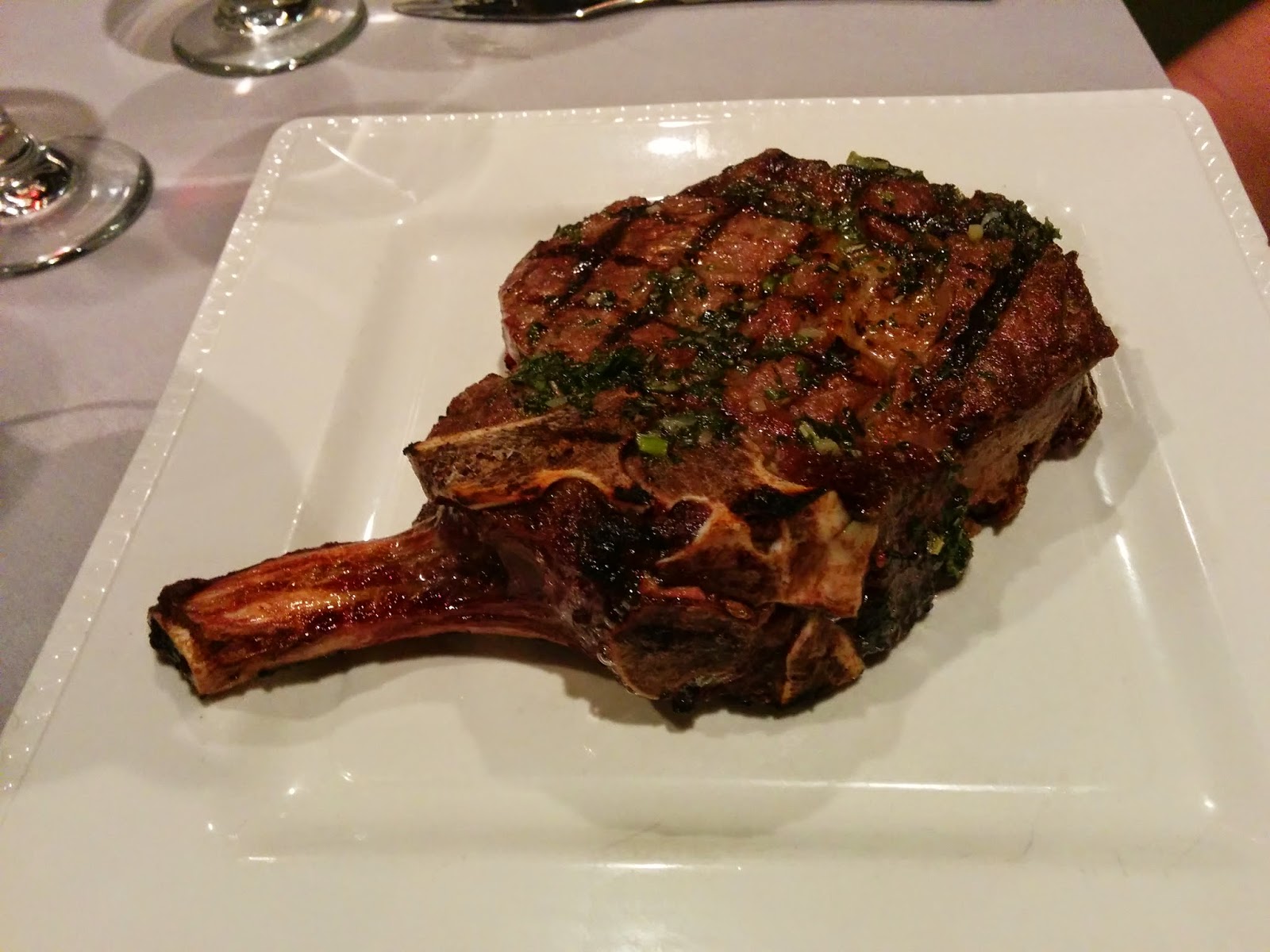 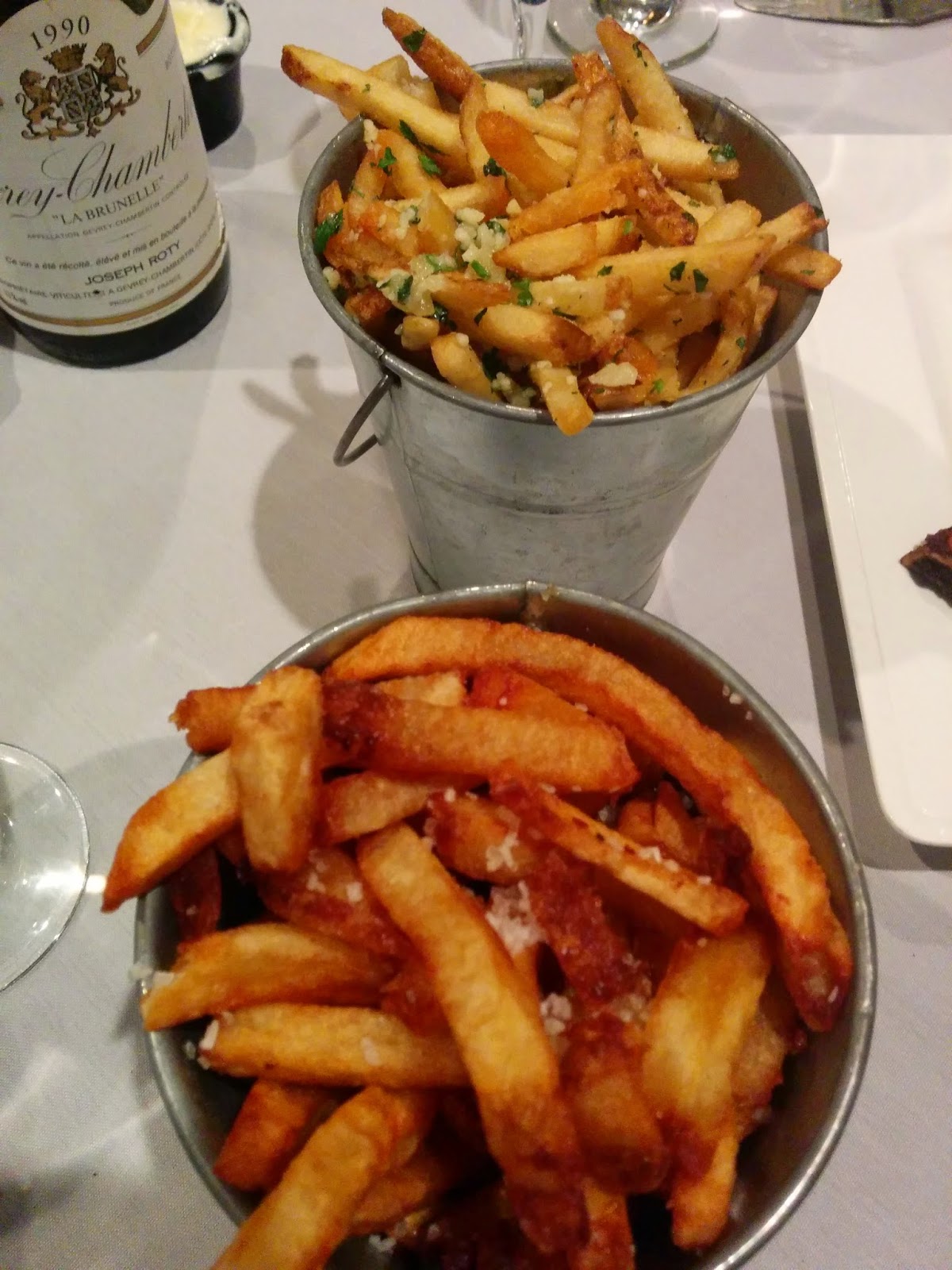 we ended with a credible sticky toffee pudding that was worth going back for--- so all in all a mixed review - excellent food but the systems and set up not so much... 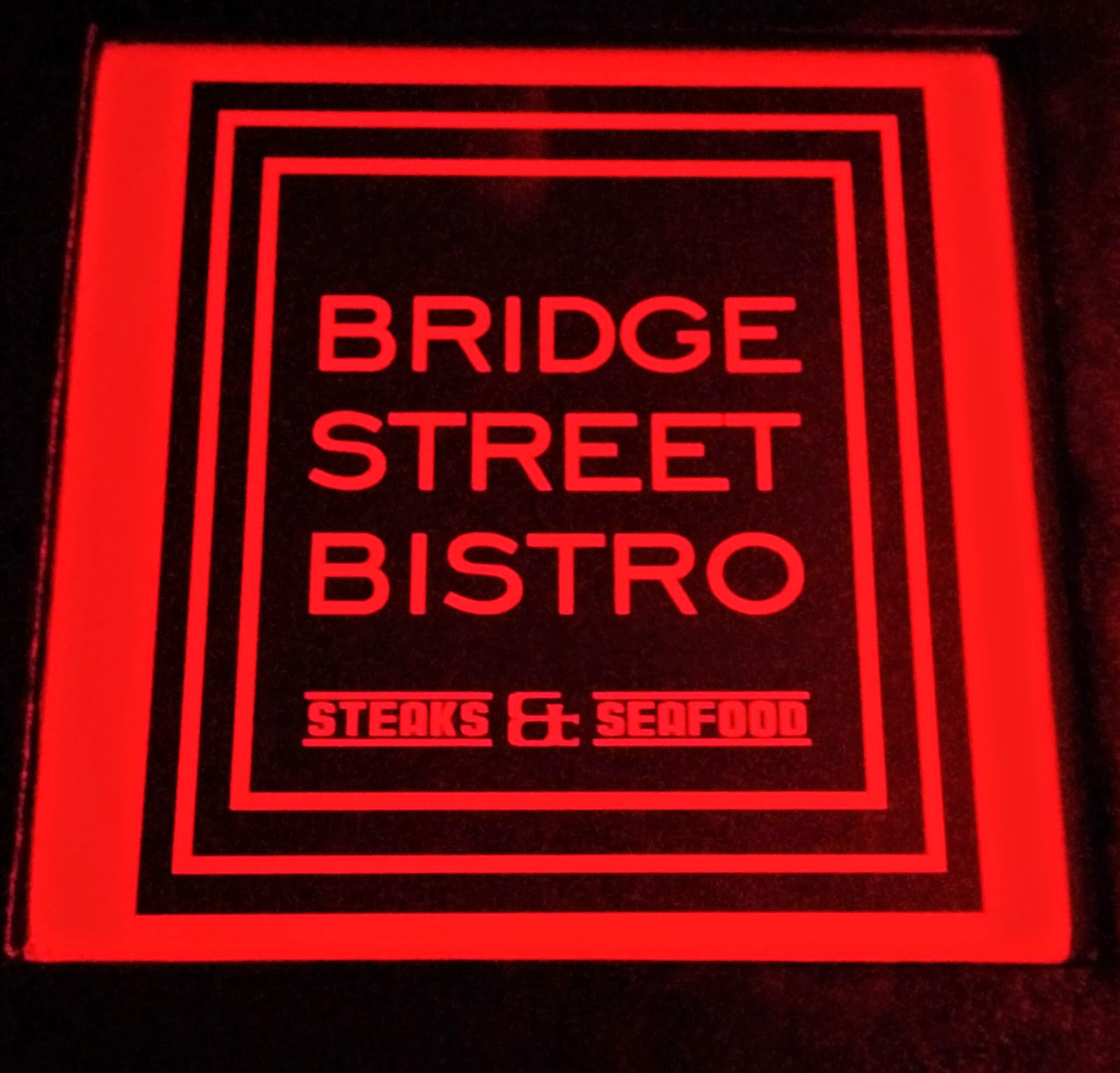 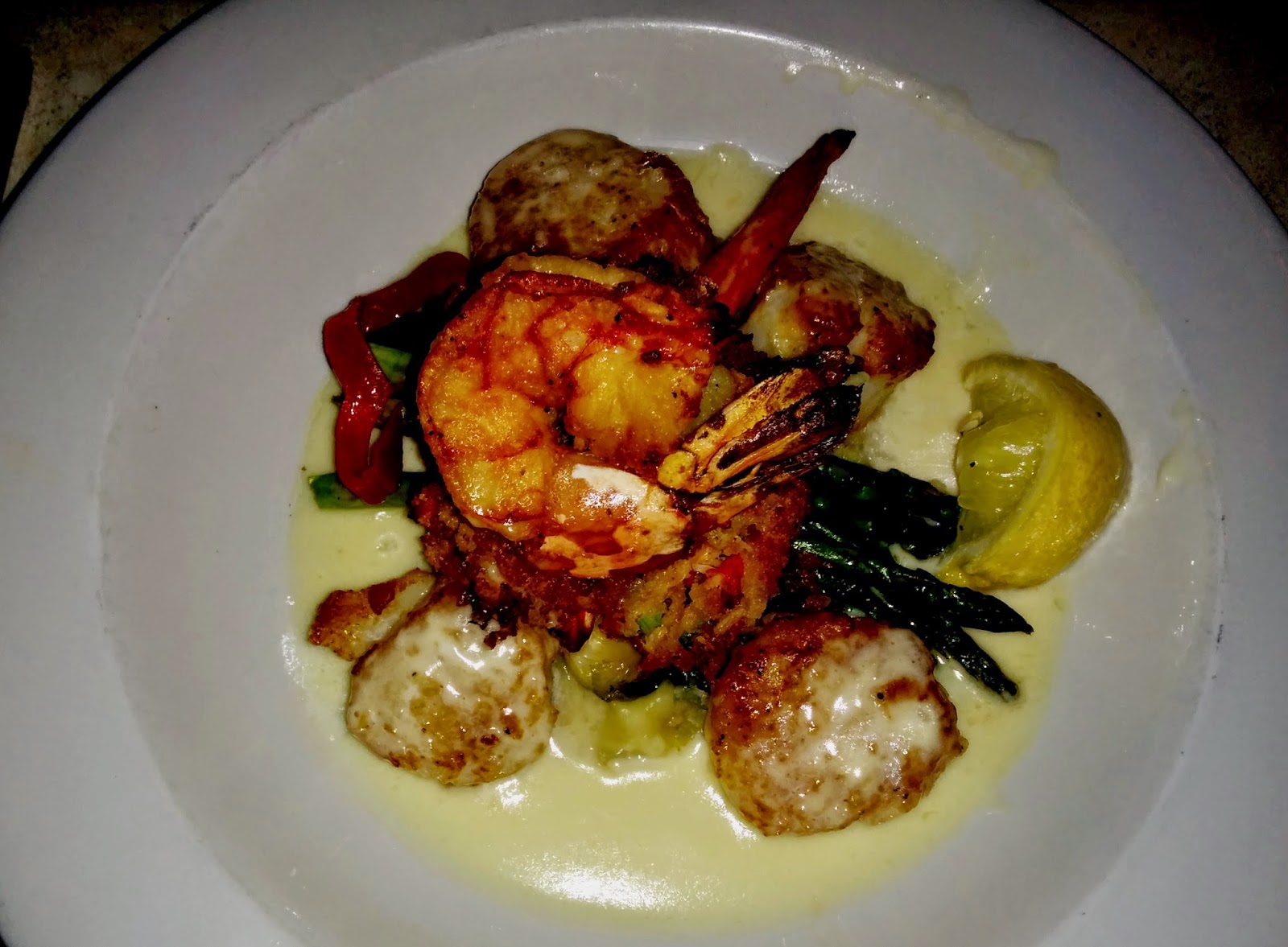 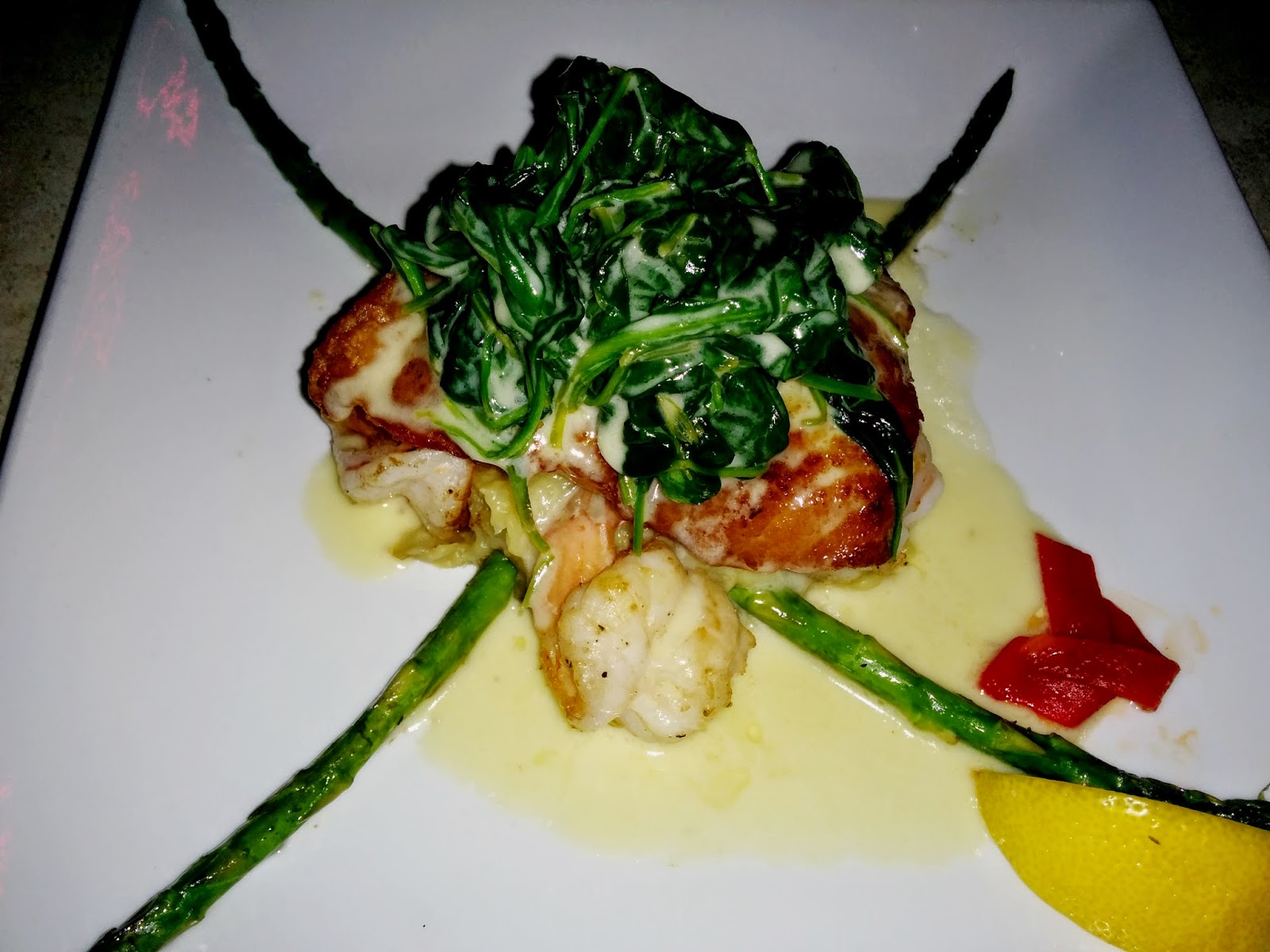 headed to the airport now to pick up company- so more after they depart on Friday!
Posted by TOR at 9:32 AM