so we skipped breakfast- LOL I know you would think from our posts that we never miss a meal.  We got back late last night because of the hour train trip from Bruges after dinner... and slept in this lazy Monday. When we finally got our act together to go out and do the "grand place walk" from the guide book we found it mostly territory we had already well covered - so we had lunch...

The history of the Veulemans family in Brussels began at the beginning of the century. In 1902, at the tender age of 14, Calixte Veulemans left his small village of Limbourg, Hoeleden. Upon arriving in the capital, he worked as a waiter in several "cabaret cafés". Later he was hired as a kitchen steward.  In July 1921, this bold and brave young man bought the property at 13, Rue des Bouchers, an establishment that already bore the name "Aux Armes de Bruxelles". This neighbourhood tavern had hosted the coachmen from a former post house on Rue de la Fourche, hence the name referencing the capital city's coat of arms.

Calixte rapidly turned it into a high-end restaurant. In 1921, when Calixte bought Les Armes de Bruxelles, mussels were transported by barges along the canal. They did not arrive on a daily basis, so it was very hard to guarantee their freshness or ensure steady volumes. Calixte solved this problem by working out a deal with a Dutchman from Yerseke to arrange for mussels to arrive daily by lorry. In 1921 he "invented" the fashion of serving mussels at the table in individual pots. As we all know, this habit became a colourful symbol of our country. 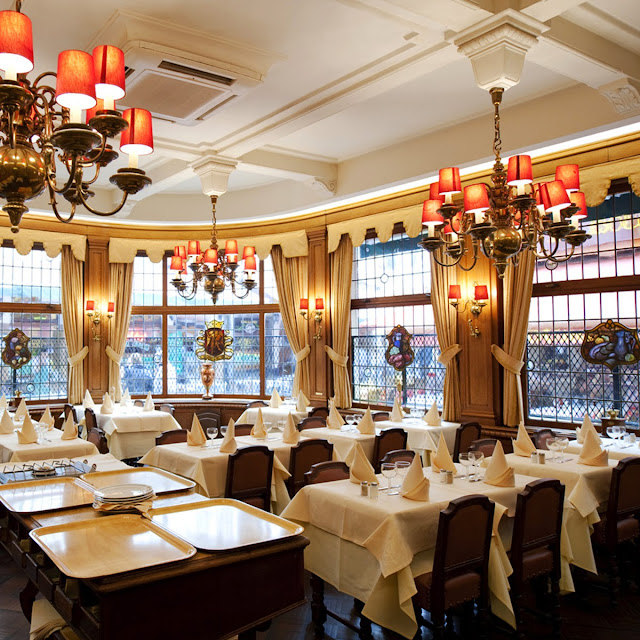 the booth in the right hand photo above- on the front right side is where w had our excellent lunch today- I had the fromage croquette and the filet americaine (steak tartare) Phil had the asperges and the moules et frites! we shared the gaufre avec chocolat... 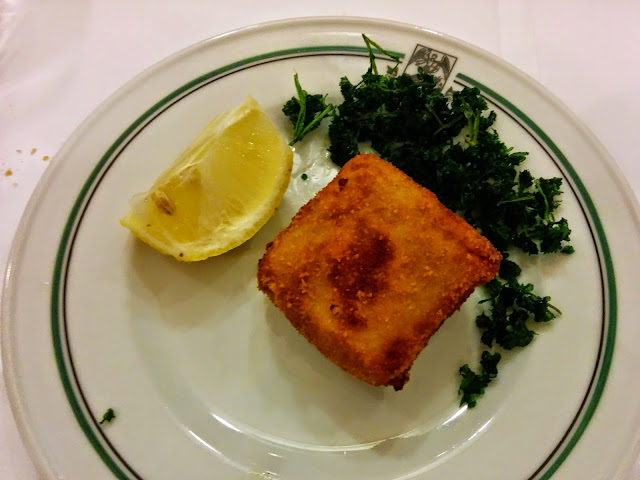 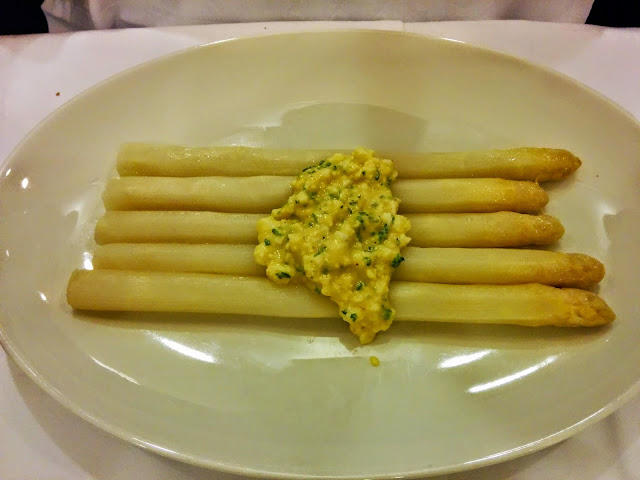 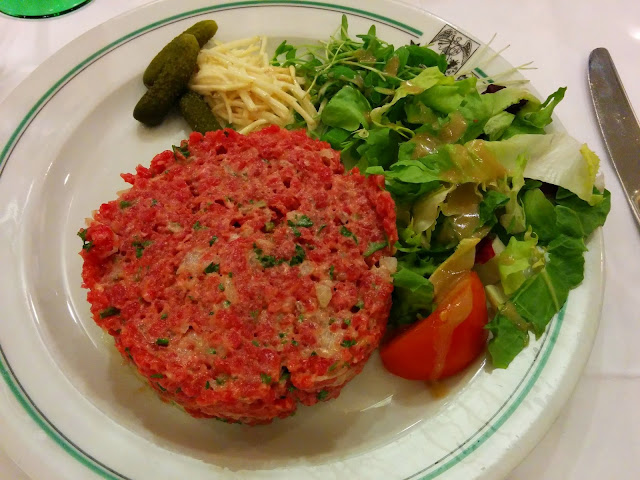 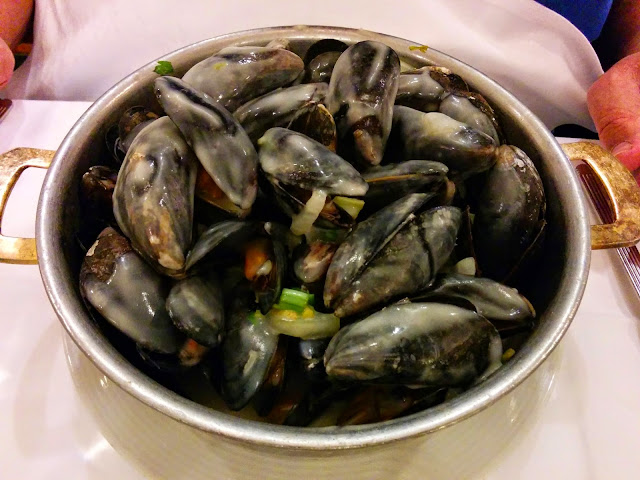 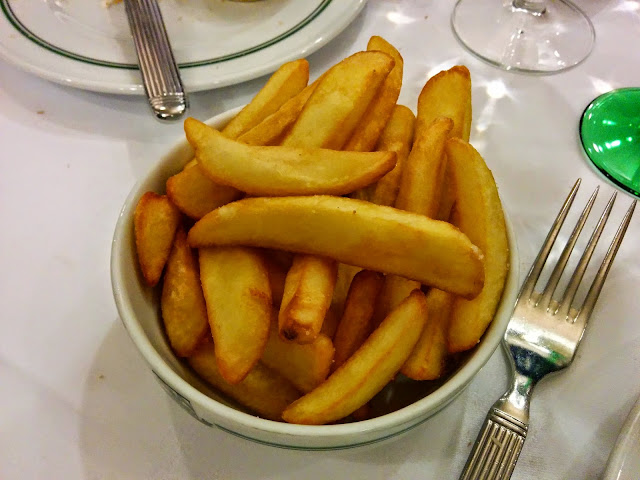 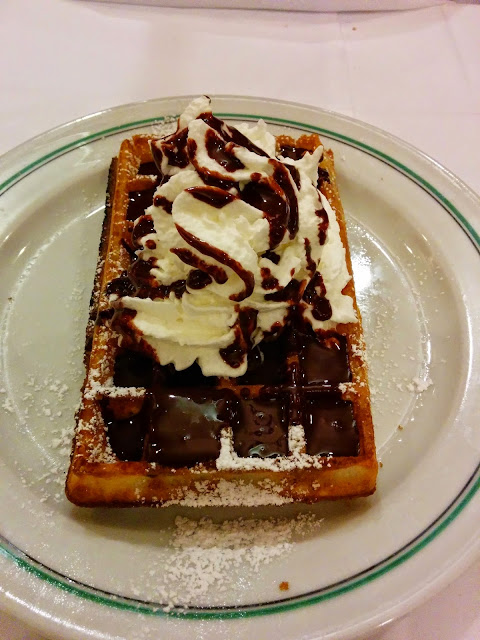 an excellent lunch for a windy and somewhat rainy day- - - after which we returned (after a stop for chocolates to be eaten later) to the hotel to catch up with email/FB/blogging... and the time flew by until dinner which we had in another old restaurant called Taverne du Passage (you might recognize the location from the first day's photos) 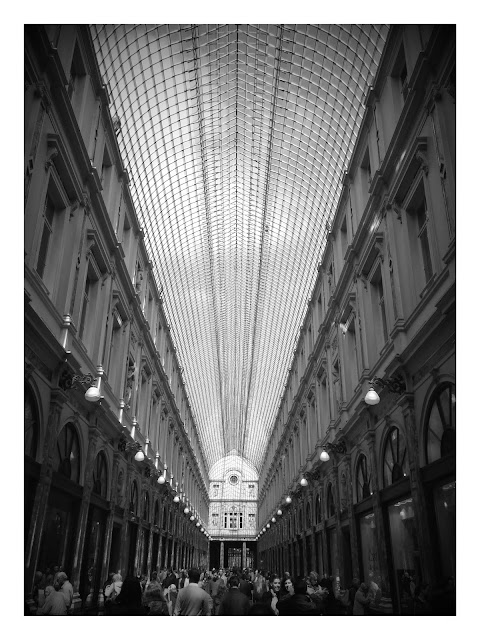 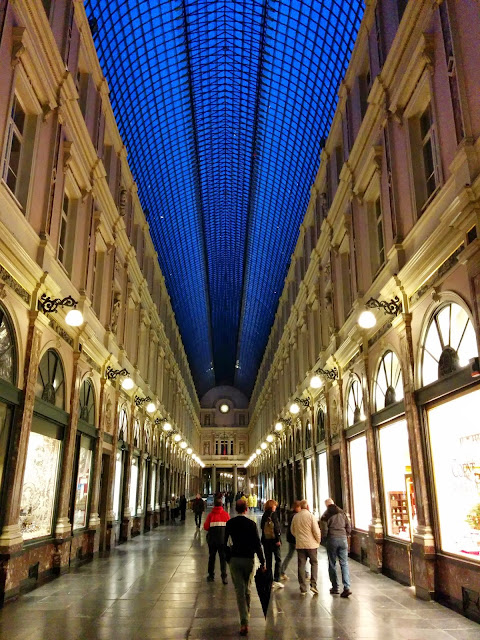 so off we went to dinner- our last casual dinner in Brussels as we have booked a special meal for our last night (at Comme Chez Soi - where we still have the souvenir menu from 2002!) and we had reserved "outside" in the covered area of the Galleries Royale du Hubert... but upon seeing the still crowded "mall" decided to have our dinner inside in the lovely vintage Art Deco dining room. 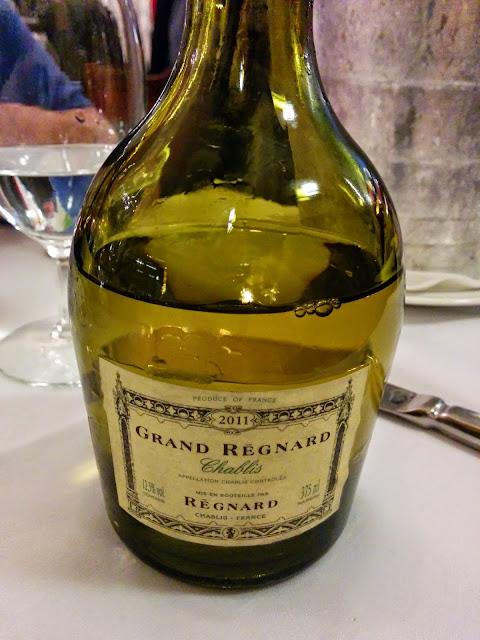 a nice chablis in a bizarrely shaped bottle 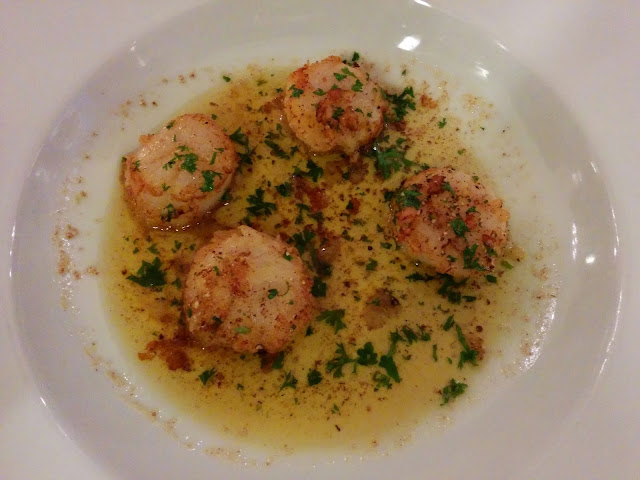 scallops and snails for starters 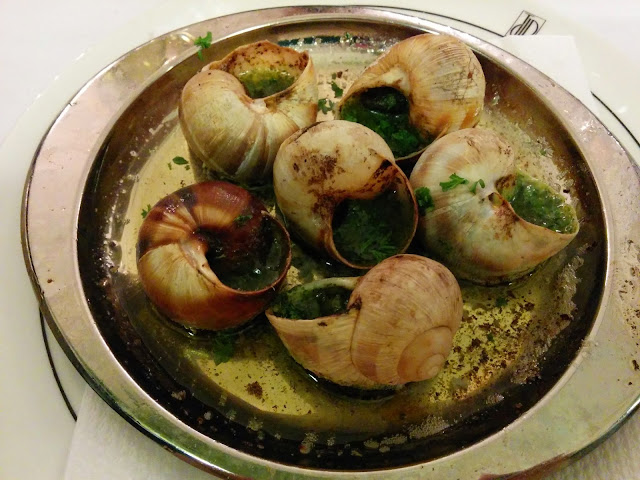 a mediocre schnitzel for our mains - skip this one - food was only passable and there are so many better options in Brussels! 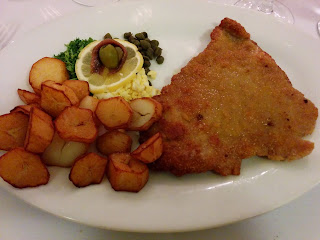 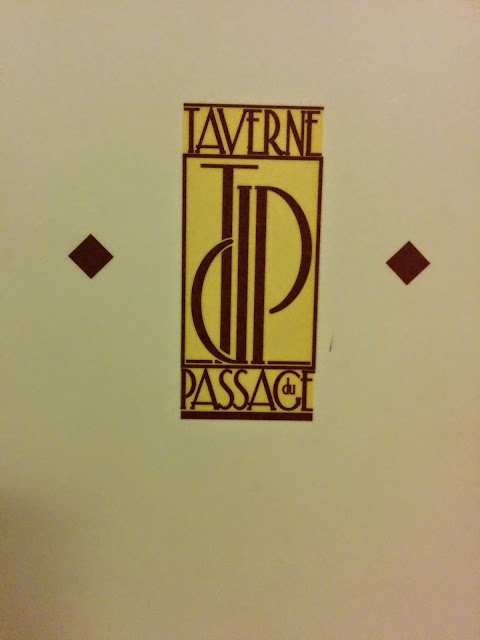 So that's it for today and off to Antwerp tomorrow!
Posted by TOR at 2:40 PM