far from a travesty

So last night we kicked off round two (the spring semester) of the Chicago theater season.  Because of our winters away we end up with a sandwich of Sarasota theater in the middle of two ends of Chicago theater.  And yet, because the theater season in Chicago is drawing to a close we have a very full week of catching up to do...

Our first play this week was Travesties by Tom Stoppard. Stoppard won an Academy award for Shakespeare in Love and its brilliance shows up in early form here.  I will go on with more information from the theater and then give you our reviews after that - so you have the background for our two views... 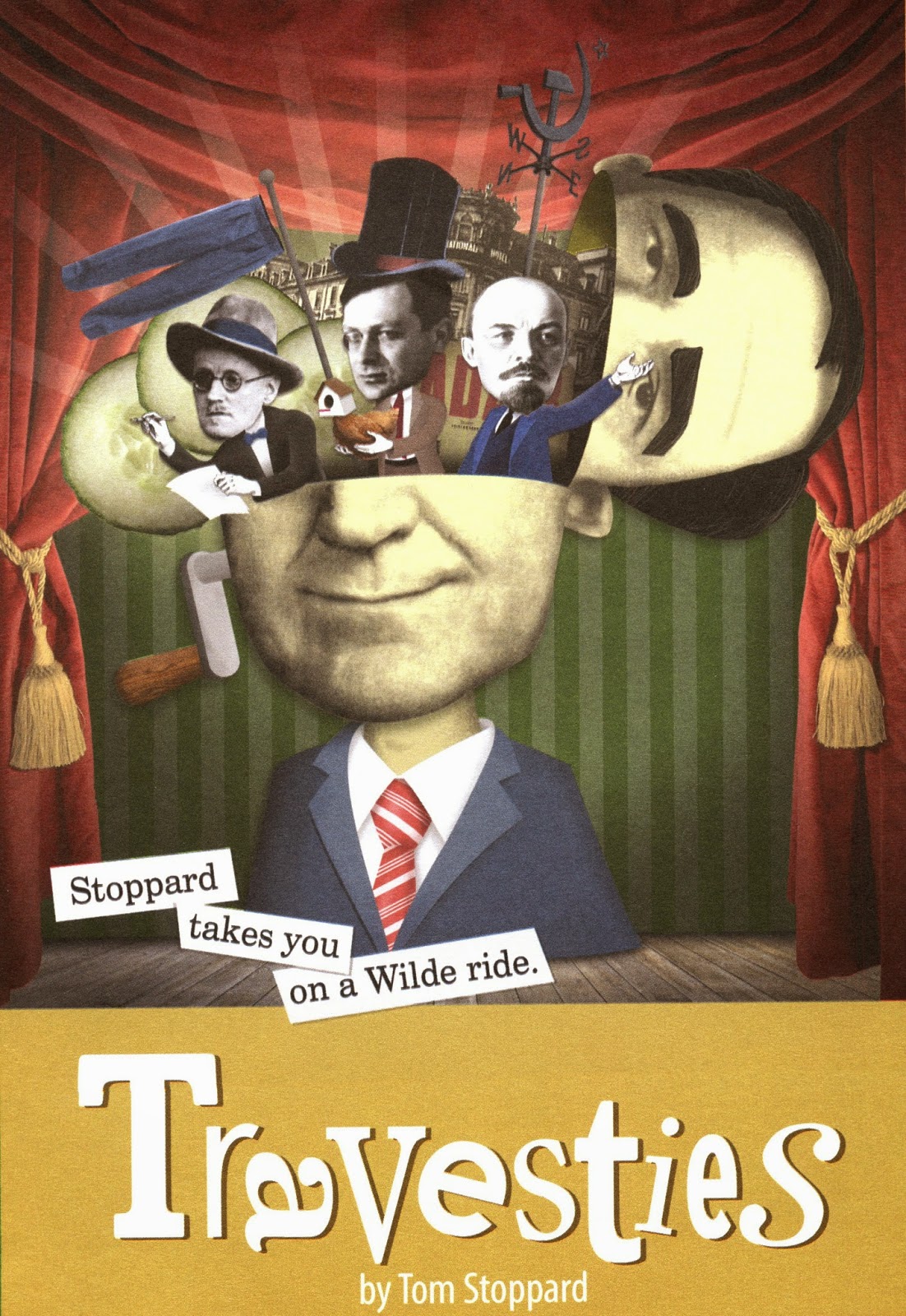 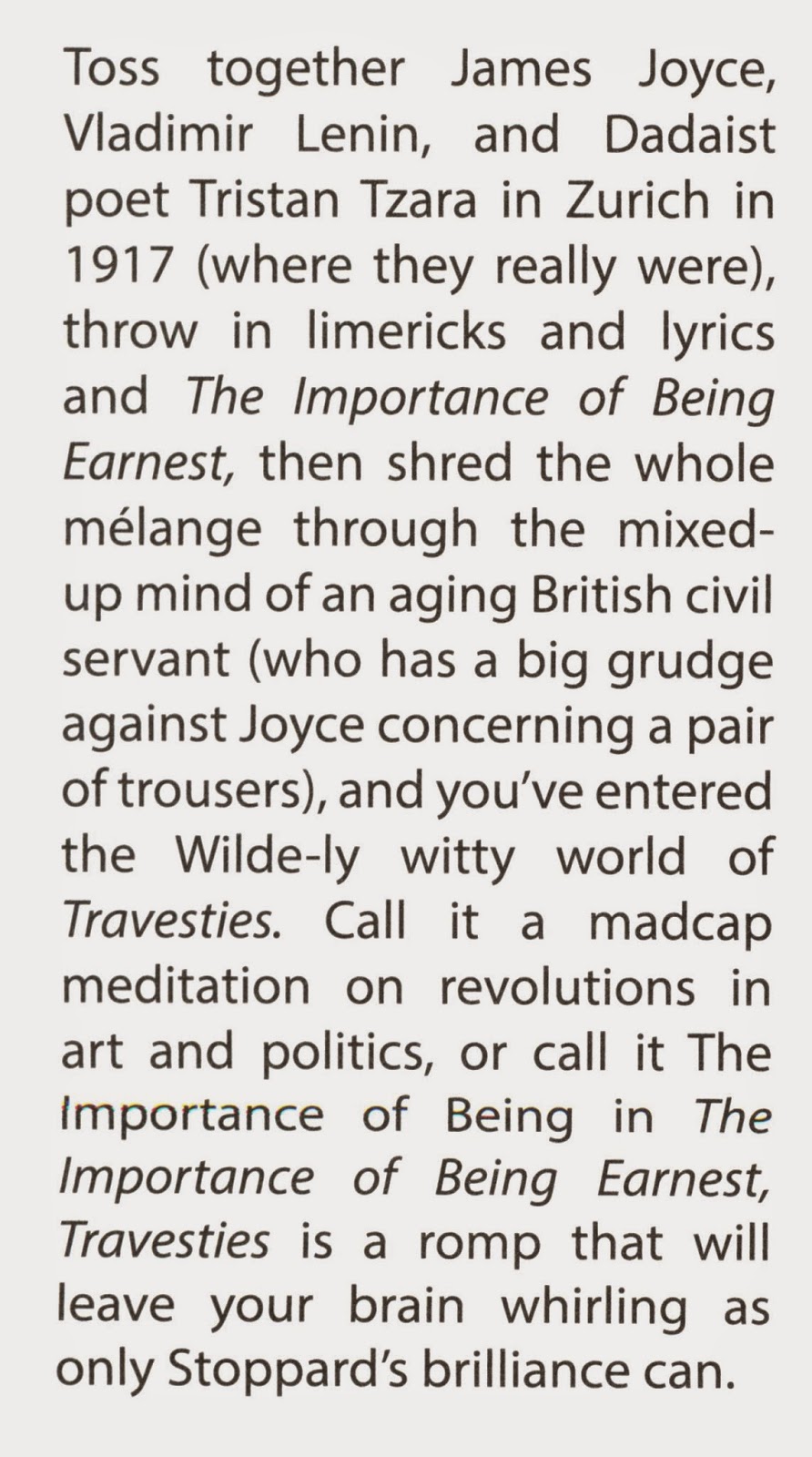 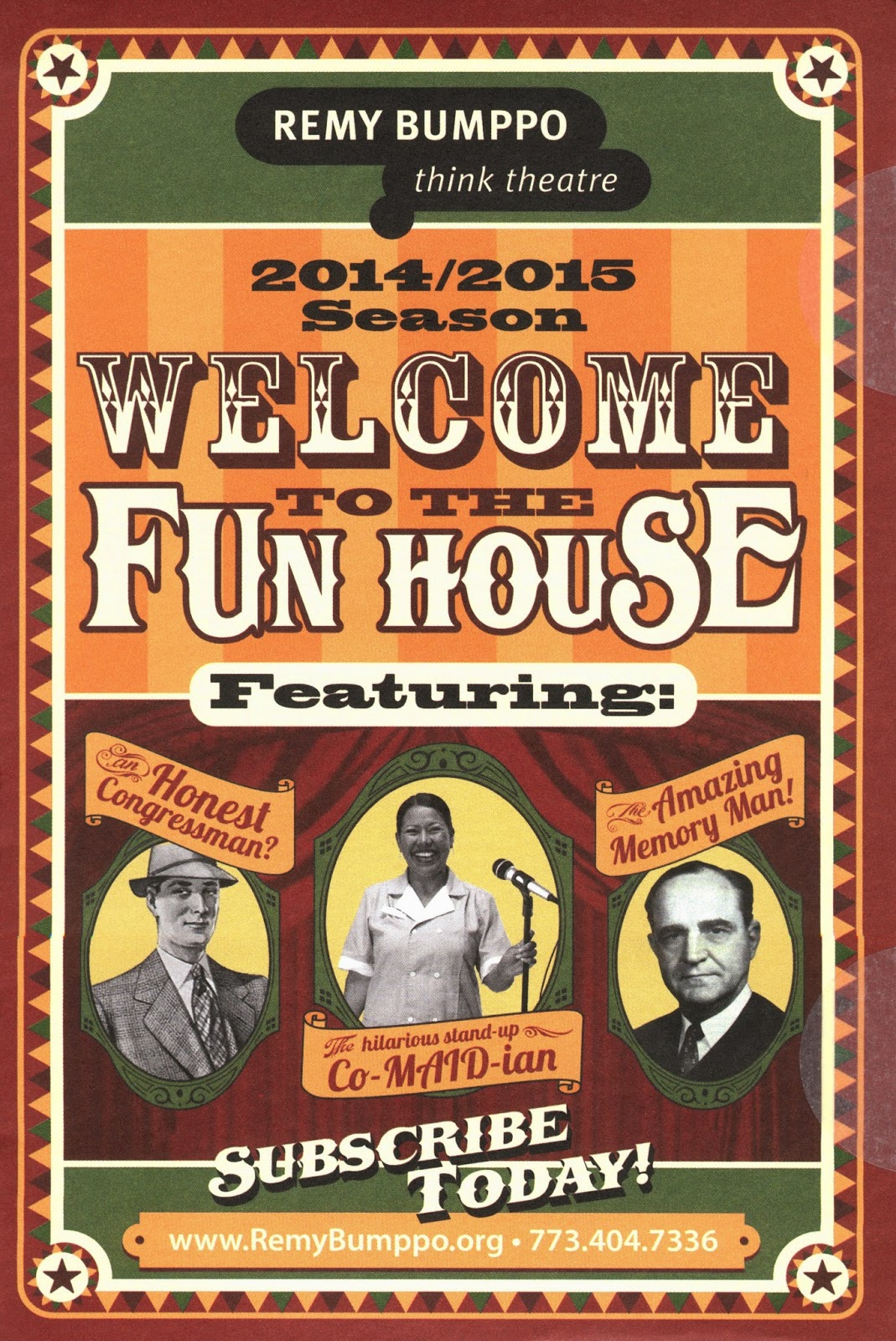 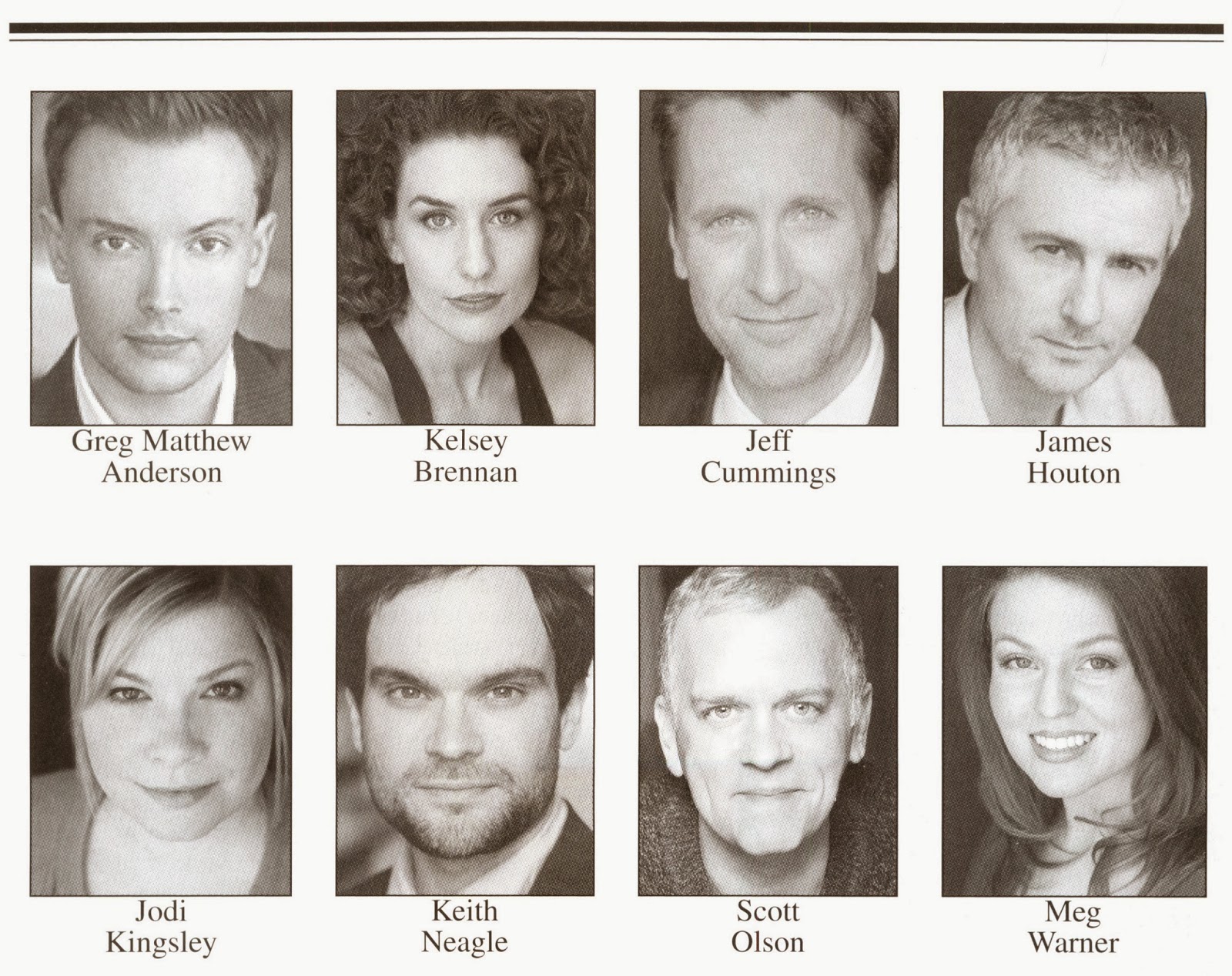 and they were hawking subscriptions to next years productions - which we already have signed up for-  with the exception of the Noel Coward :-( which is while we are away- in NYC/Cuba/FL 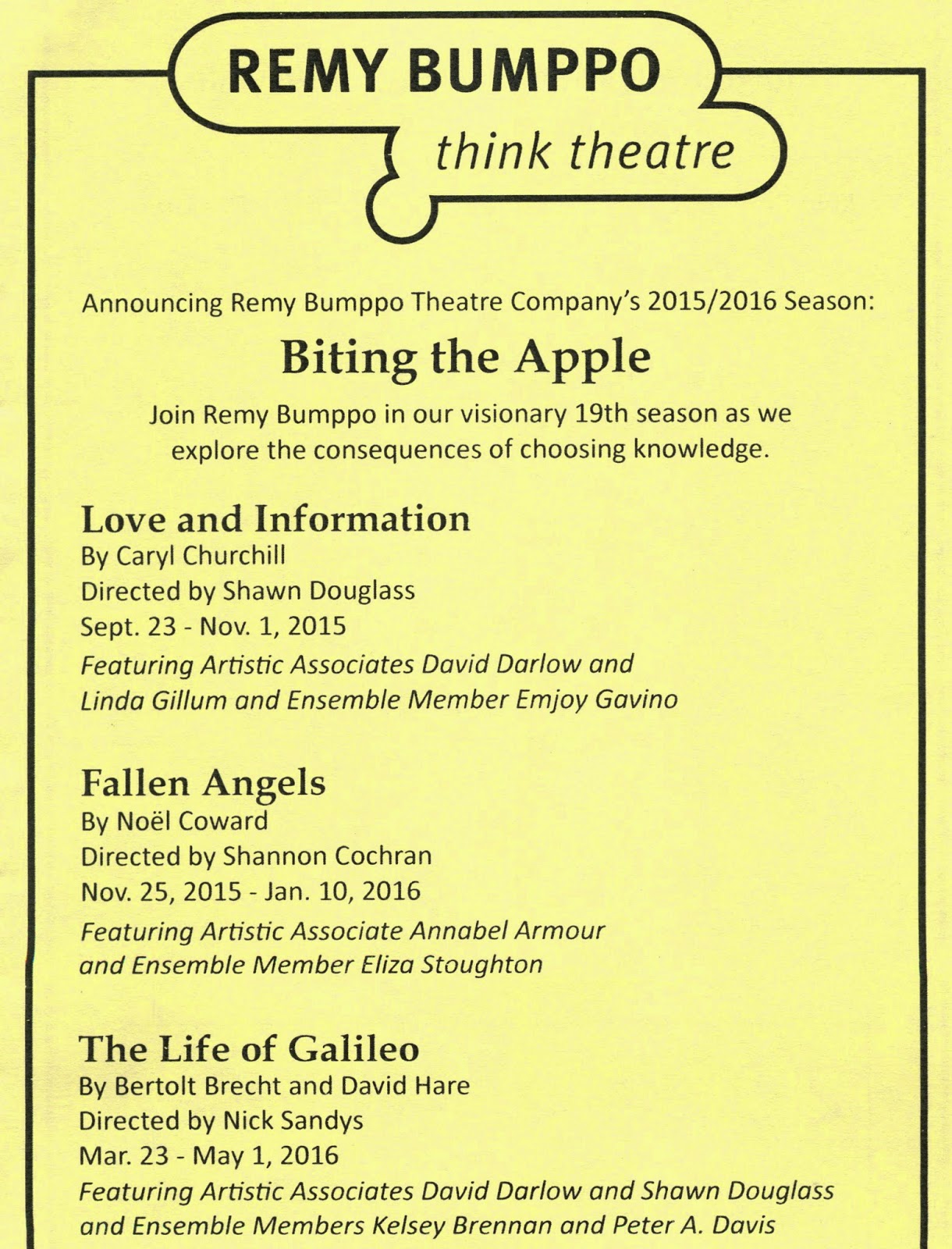 so here are our thumbnail reviews- I liked it very much - found it witty and fast paced and I loved the fun the actors were having with the material- especially the two male leads - Greg Matthew Anderson (the amazing Jeff winner for Chesapeake from a couple of years back - a tour-de-force of a one man show) and Jeff Cummings - with a shout out to James Houton.  They were respectively the Dadaist, the civil servant and Joyce.  The ladies in their Wilde-esque roles also added verve to the evening's entertainment.  Phil found it mildly amusing but had no time for the inherent "discussion" of what is art - especially in relation to the "modern- shock of the new"...  So I would give it a solid thumbs up and Phil a tepid one.

Up next, in order - for theater evenings- 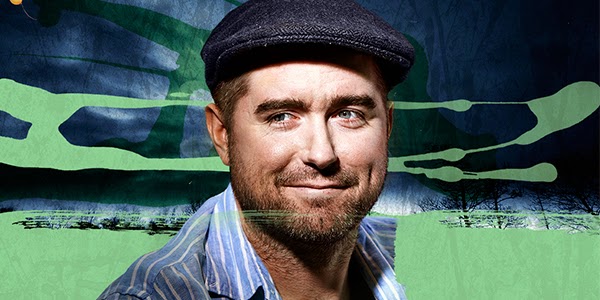 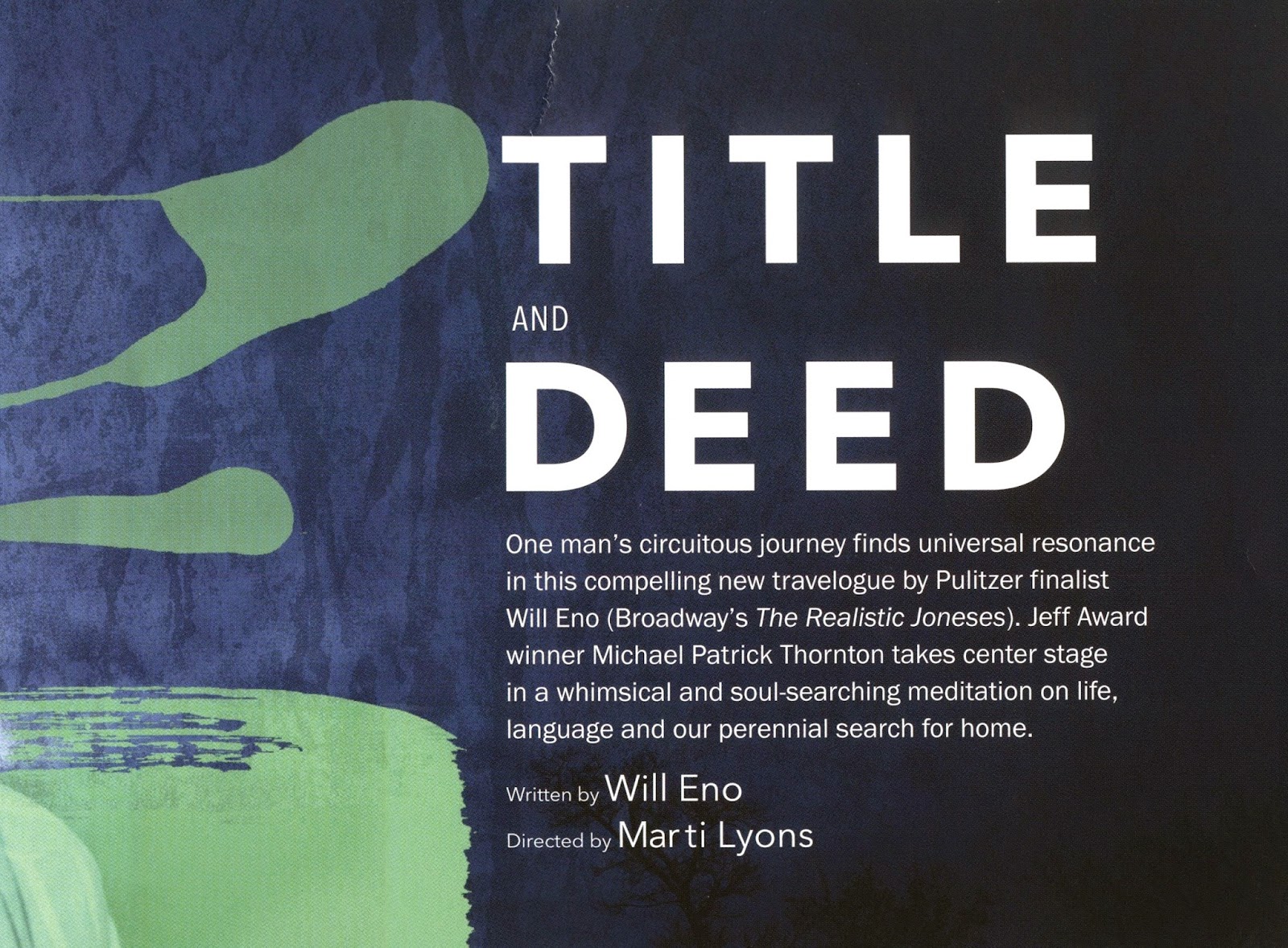 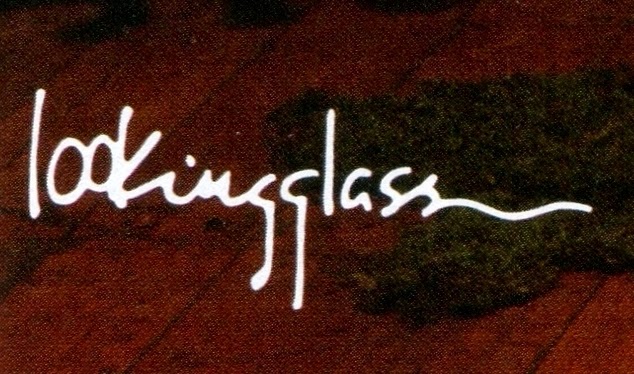 the Tuesday play- with John Mahoney- 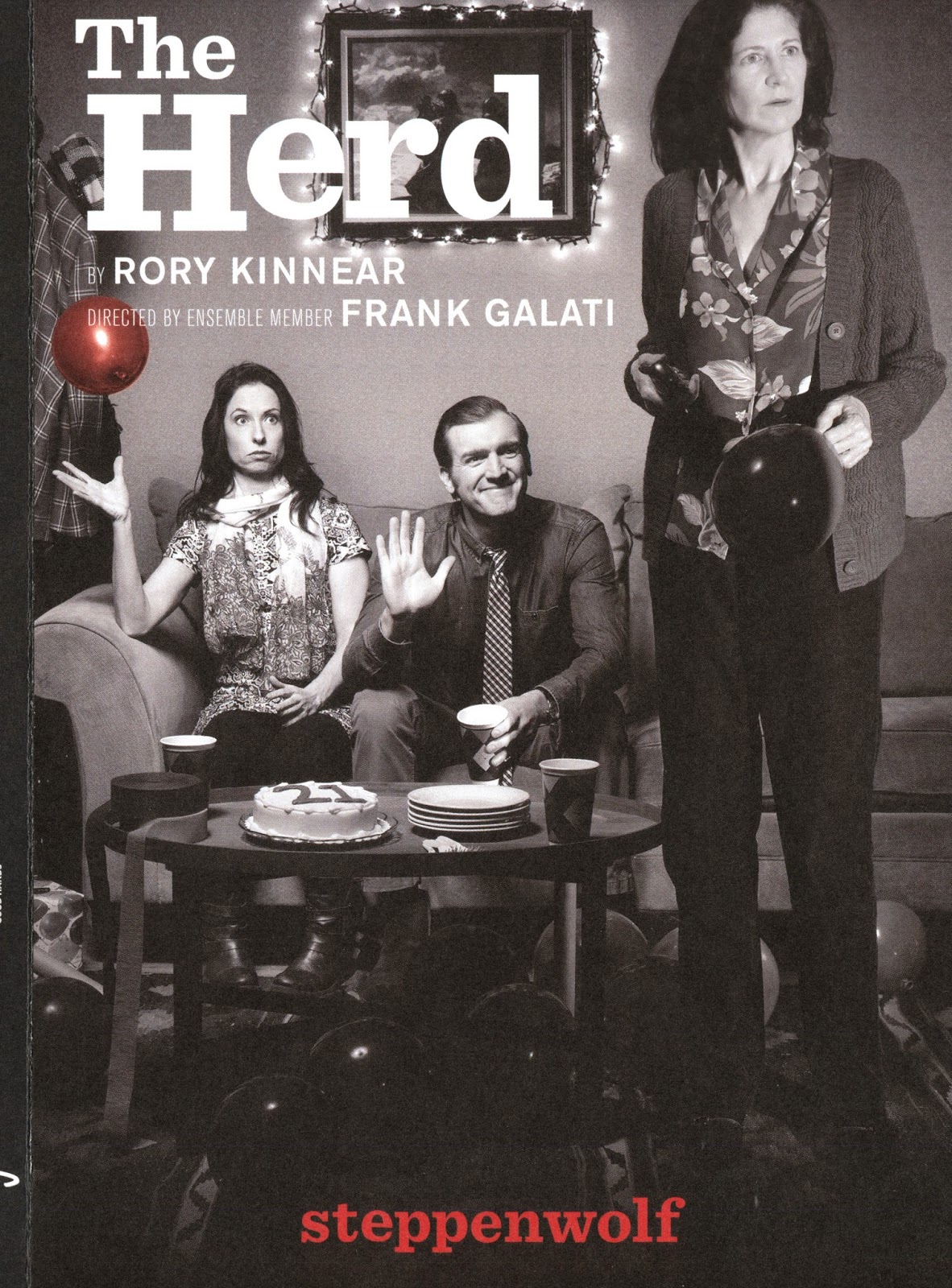 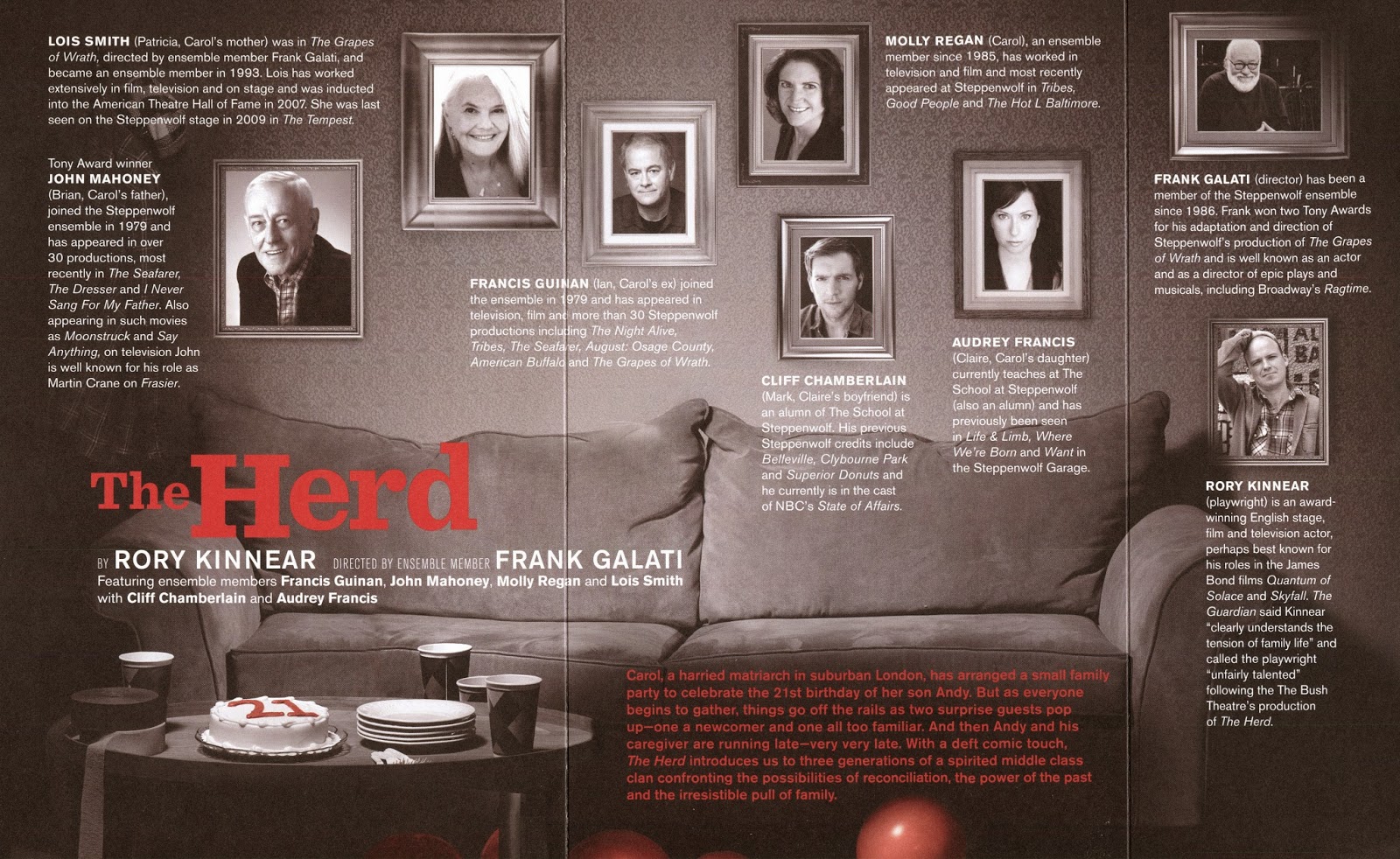 the Wednesday outing- my favorite film from the Sarasota Film Festival- playing one night in Chicago. 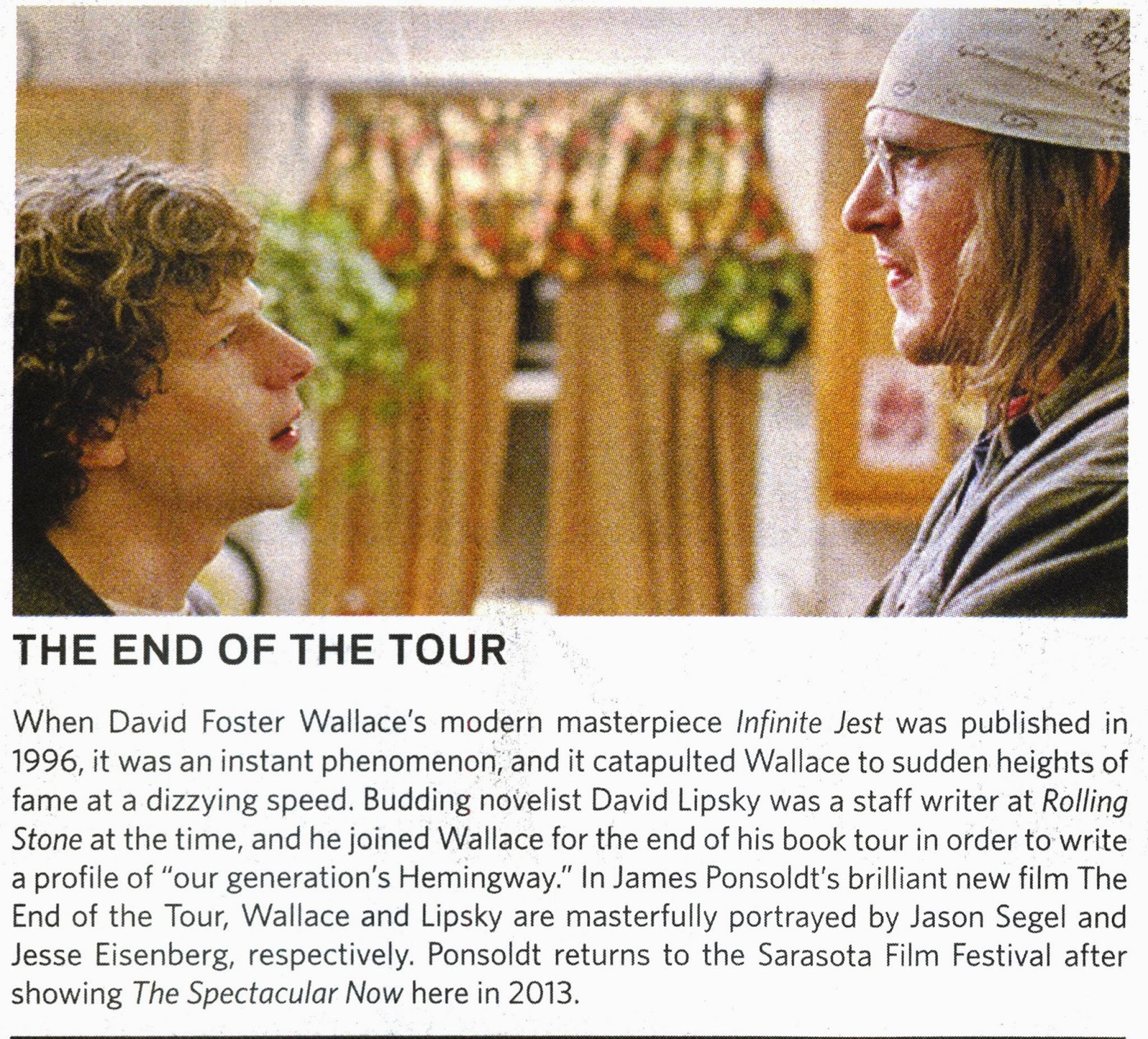 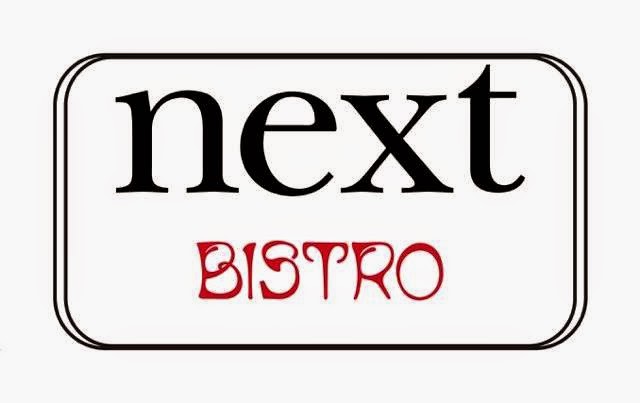 and Friday dinner with friends-

so more as the week progresses.... and then we are off to see family and friends in NYC before heading to Europe for two weeks.... lots to report back on... stay tuned
Posted by TOR at 5:12 PM