so my DART (Disappearing America Road Trip) buddy TB arrived on a Monday in late August to begin our annual (mostly) adventure... he routed through Chicago to get a chance to experience the Southwest Airlines "difference" (won't go into details but I doubt he'll be switching airlines soon- it was SOOO not their best effort) out of MDW.  On Monday night we totally over ordered and over ate at Sun Wah - we did egg rolls, the Peking duck, walnut shrimp, beef chow fun and pretty much finished every bite.... Unlike SWA - Sun Wah WAS on their game and it was a delicious meal.

the next morning TB and I had breakfast at the extremely local - Pauline's - which I hadn't visited in years since an extremely mediocre lunch I had there.  Figuring how badly could they ruin breakfast we chanced it... big mistake... I always want to love this place on a leafy corner in a residential neighborhood- it should be wonderful but the food was worse than mediocre- it was dreadful! However it is cute... and so I do have a few photos- LOL 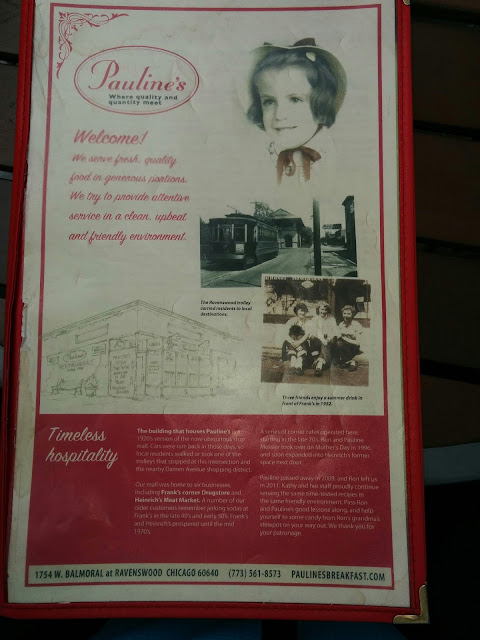 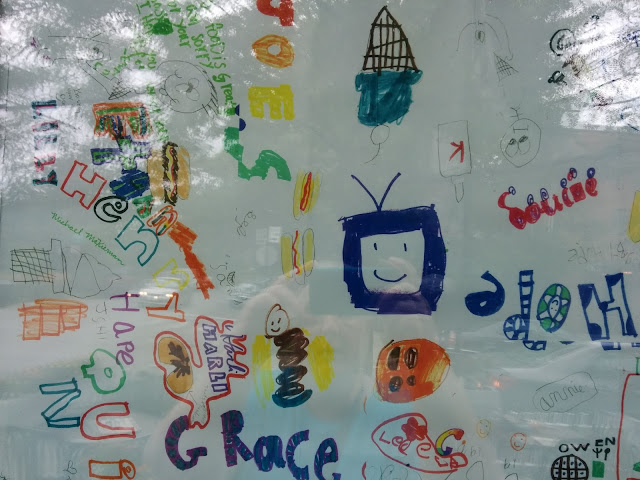 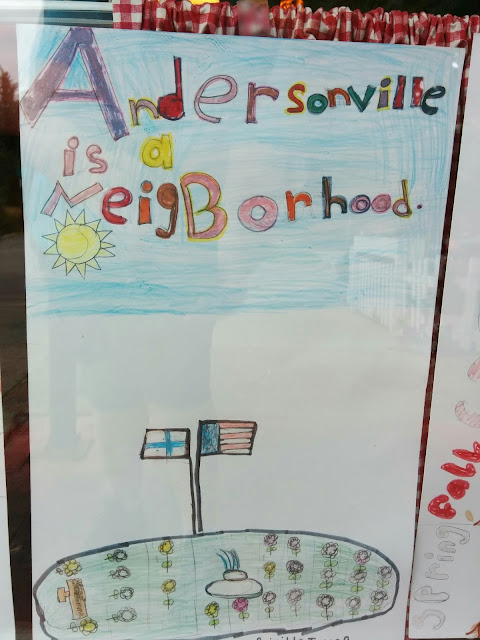 after our less than stellar experience there (most food remained on the plate) we headed off on TB's first ever UBER ride to MDW.  I like the black car UBER and MDW is a haul - so cabs are expensive and so is the UBER but it is a small luxury in the grand scheme of things...

As a point of information - having taken UBER to both MDW and ORD - which are places I have taken cabs for years I would say the premium for using the UBER service is roughly 50% over the cab fare.

So off we went and at MDW it was no drama - TSA pre check went smoothly and the boarding system of line-up by number fully explained for TB's benefit... went not quite as smoothly - not because it didn't work just because there were an inordinate number of wheel chair passengers that for some reason had to be hauled down one by one by the gate person (wheel chair haulers on strike or something?)  but we finally got off and arrived in Manchester NH almost on time... we had a big storm to go around and the sky was greenish creepy all evening in MHT (our first night's stop.)

We picked our rental vehicle and finally managed with the help of a tiny AAA map of MHT to arrive in town.  We cross hatched through the streets of Manchester getting a feel for the largest city (I think) in NH - with roughly 120K (again I think).... some parts of town were really nice and some not so much... like anywhere else in the country. Their river side mill buildings which were saved and converted into multi-use were an excellent example of how to repurpose rather than demolish.

As the evening became darker (greenish sky and lightning and then finally rain) we decided on the LaQuinta for the evening's accommodations and  checked in - I was extremely satisfied with my room (411) and TB asserted 405 was equally clean and well laid out... and despite it being the final week of summer before Labor Day was upon us- the room rates were quite reasonable.

We chose a seafood place in downtown for dinner- called Hooked and headed over there with quite a light show beginning... a meal of mixed success was had and we headed back to our hotel rooms and made plans for the morning.  Because of the last weekend of summer (before Labor Day weekend) was coming up we decided to quickly head to the coast before making our way inland - that way hopefully avoiding the crowds of summer tourists...LOL of which we were two - LOL.