a week gone by

last weekend our friends came to visit and stay for a few days- so I have been somewhat remiss in posting- lots of eating and talking and very little photo taking - we had a lot to catch up with....

our first night we had a late dinner at AMOB Cortez... I had the king crab legs (which I don't think I have ever eaten in Florida - having so many other options for seafood here- but they were good!) For several years I have been meaning to ask about the little devices they give you to work on the crab legs and lobster opening tasks but had forgotten until they gave me one last Saturday night.  The only photo I took was of the device so I could track some down for home use- Sea Shellers * (trademark sign- LOL) 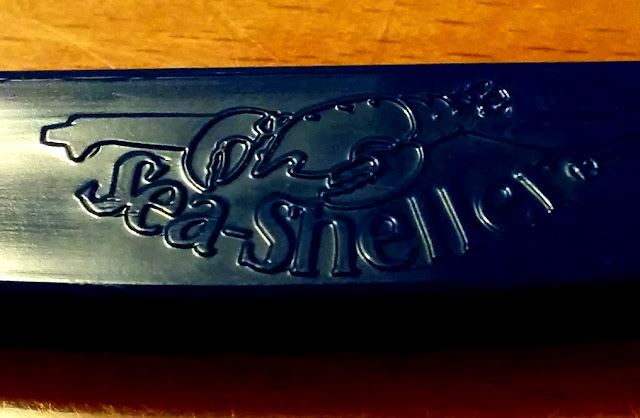 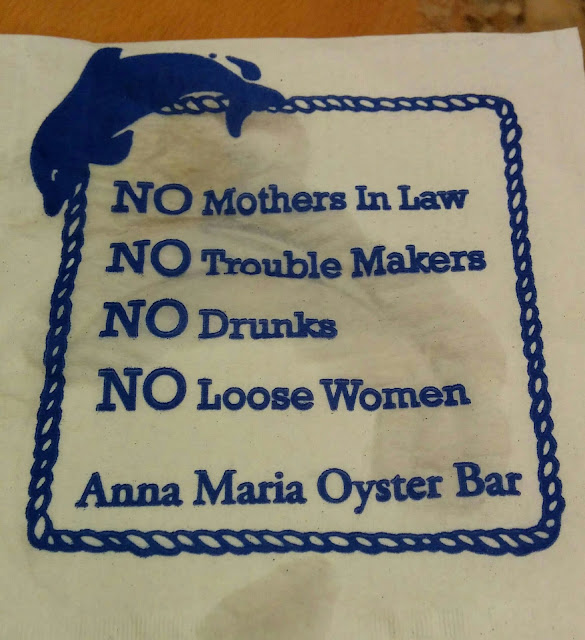 the next day was cold and rainy on and off- so we tried a new place at lunch Blue Mangrove Grill which we liked - an excellent cup of clam chowder and good split Cobb salad along with a very good grouper sandwich made for more than I could eat- especially given that I knew we were headed to Columbia for dinner...again no photos but we did have the excellent sangria - that night both red and sparkling white... and we closed that place down- LOL - were literally the last to leave 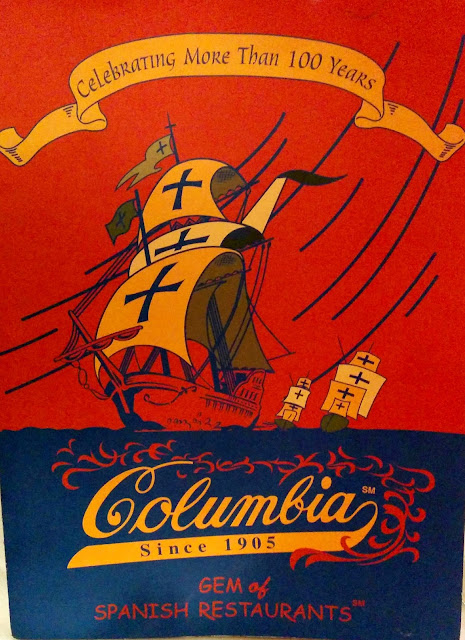 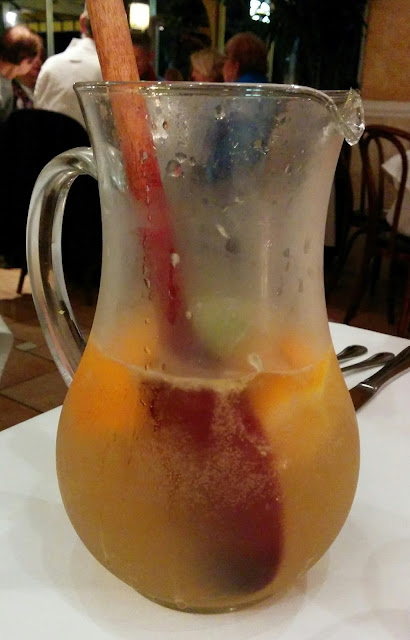 The next day was a beautiful Florida winter day- cool but sunny- warm in the direct sun--- so we ate outside at Star Fish - dockside- the service is snail paced there but who cares? we were with friends and enjoying being outdoors -  we closed that one down too- literally the last to leave- 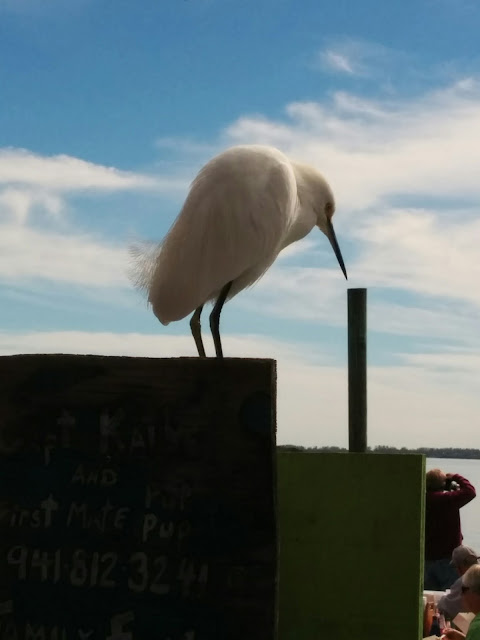 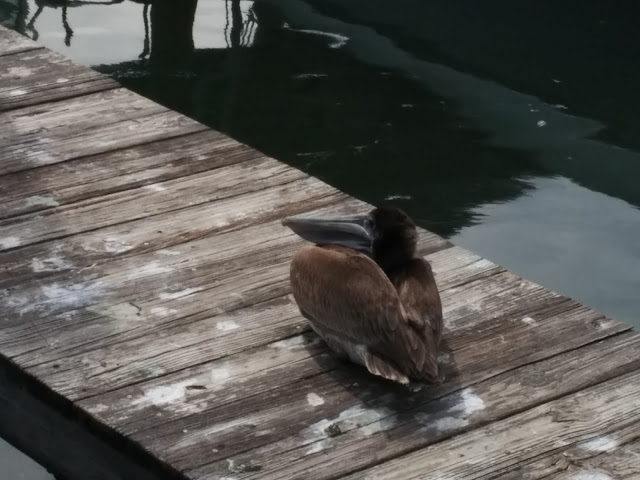 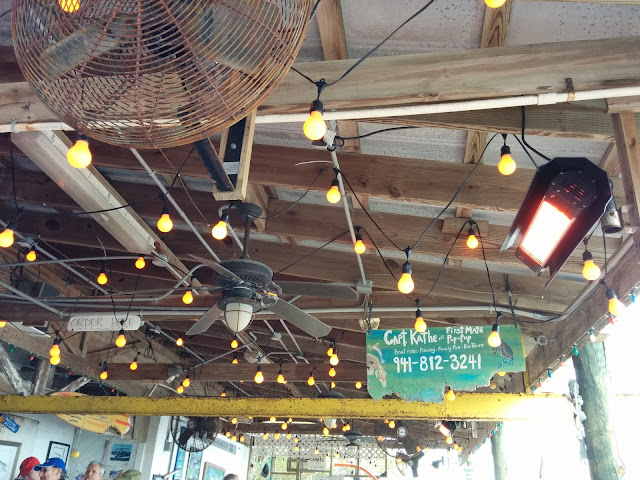 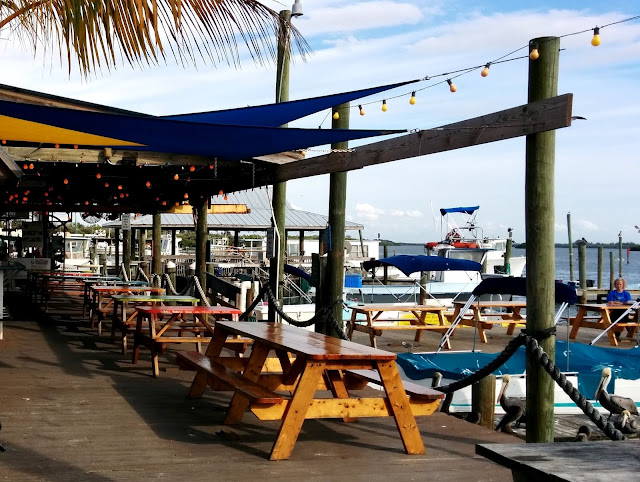 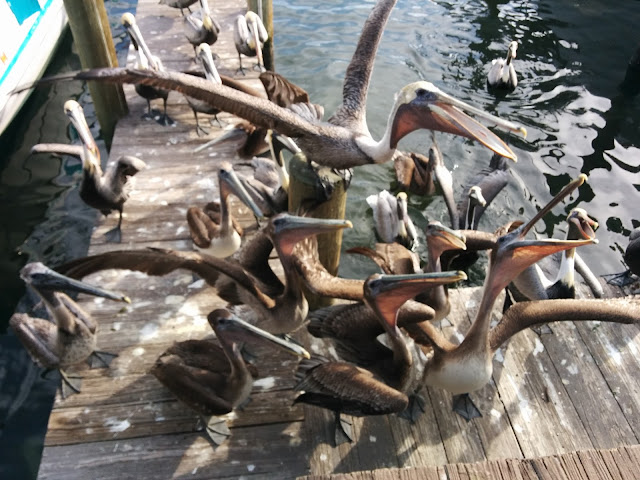 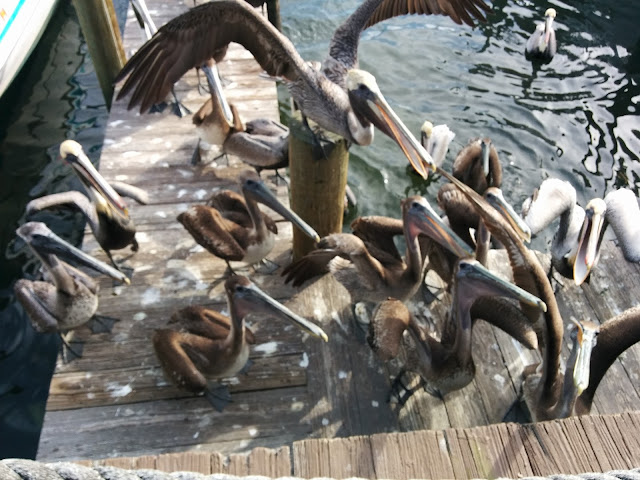 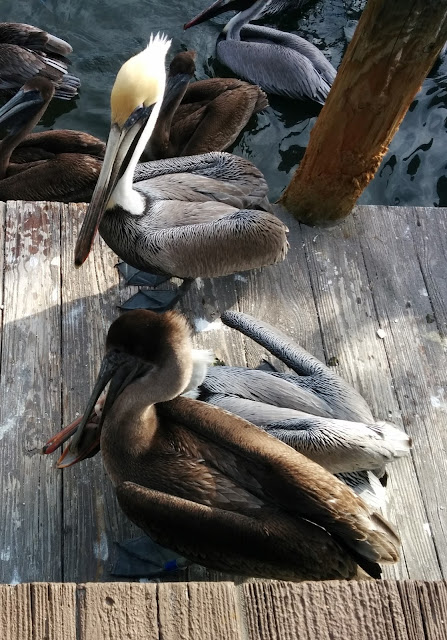 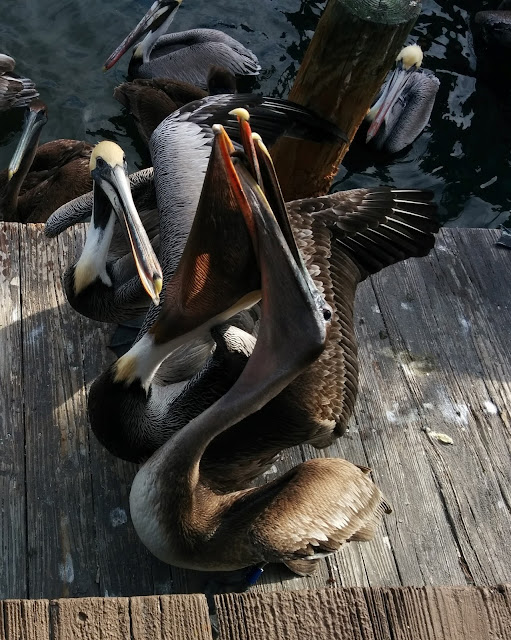 that night we went to Michael's on East and closed that one down too- LOL- a pattern is emerging here... the next day the friends were on their way early - before Phil got up... and we were planning a trip together in 2017 (they have a December 2016 wedding to throw first) 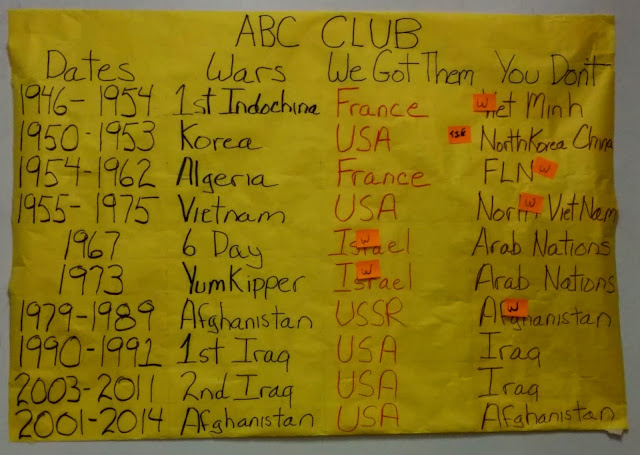 seems like having the bomb is a pretty sure way to NOT come out the winner in war unless you are Israel and then I doubt that having the bomb had anything to do with their victories... 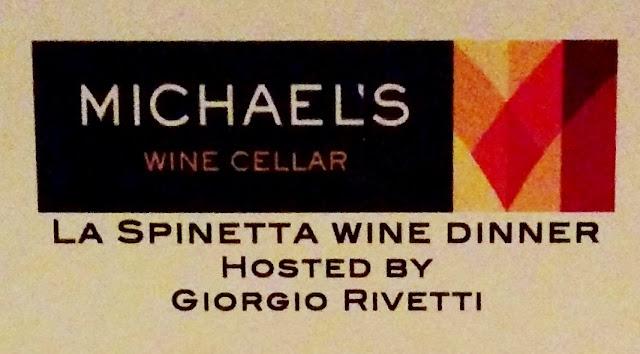 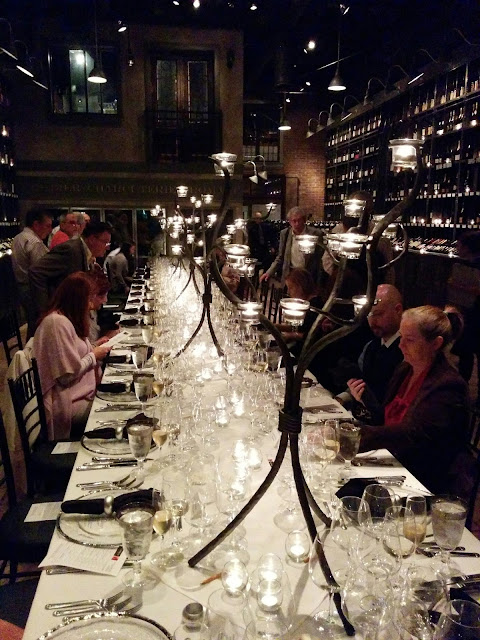 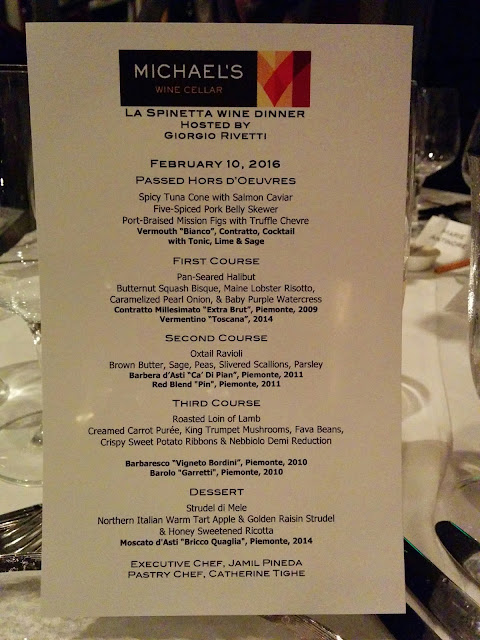 all the starters were magnificent- terrific flavors in each and every one! along with a fab cocktail I would definitely love to have the "recipe"- 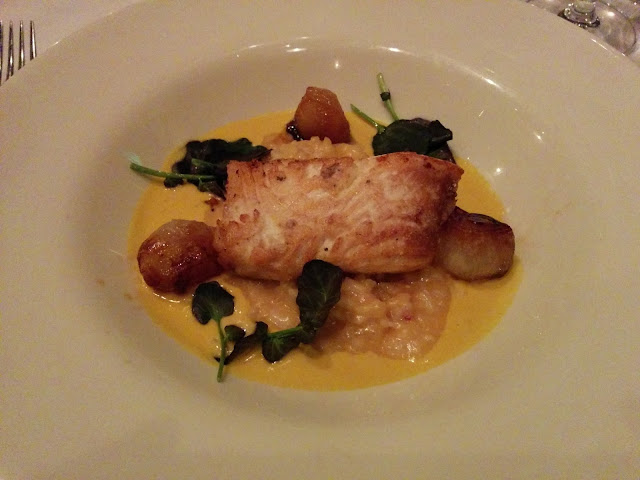 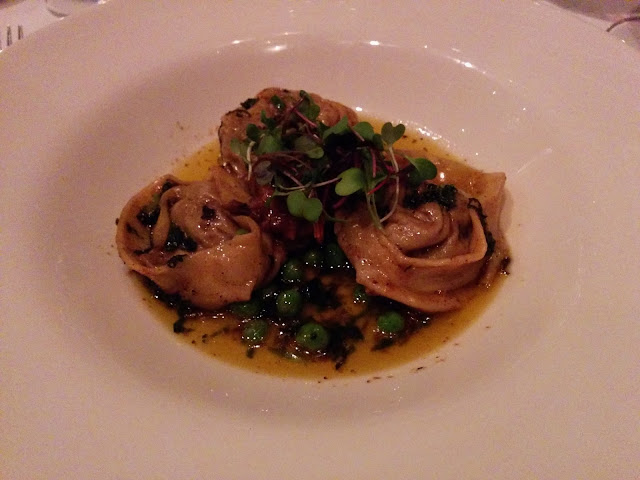 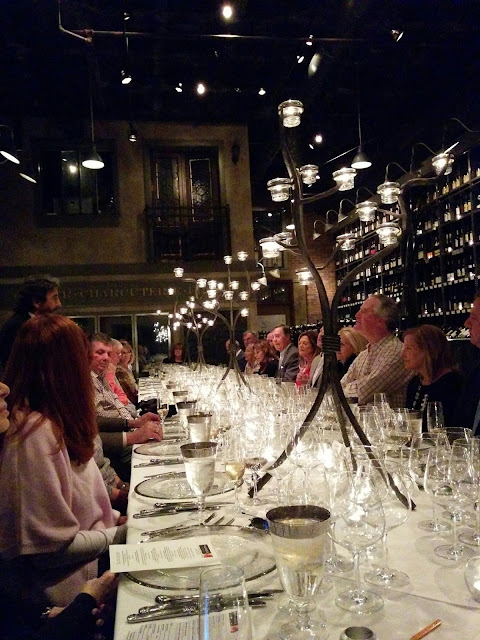 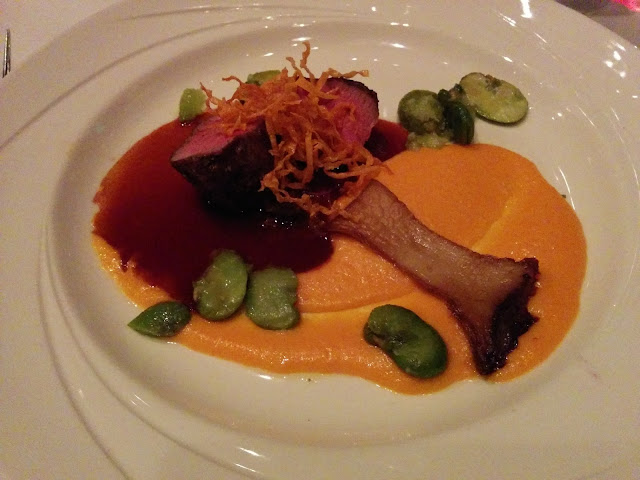 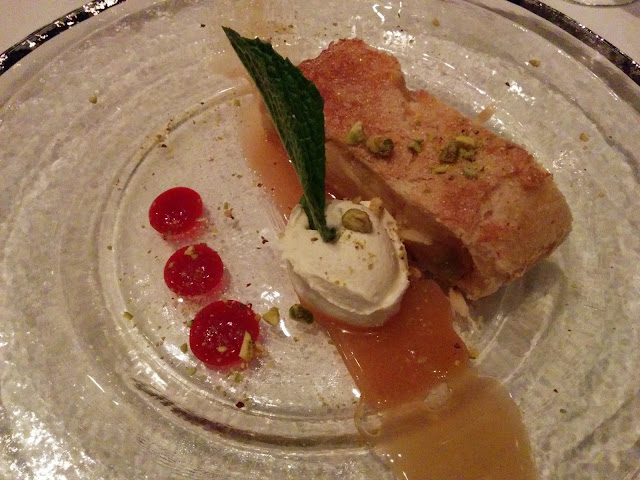 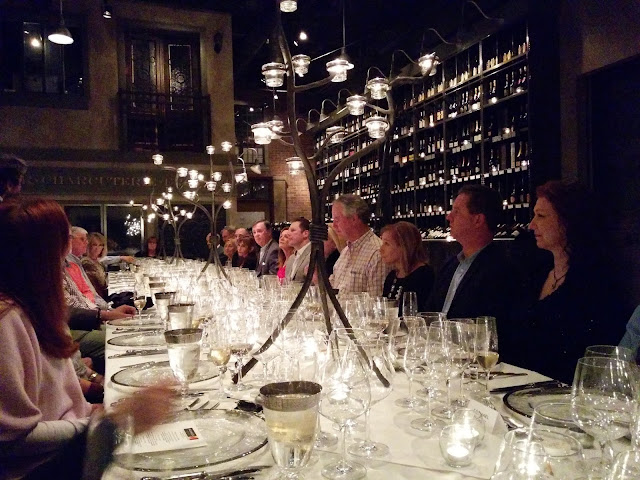 then on Thursday night we returned to Tiramisu to give more attention to menu items we hadn't had before- and closed that place down as well.  The food is still excellent and the owner still won't smile. I always wonder why people who clearly aren't naturally friendly or welcoming take front of the house jobs????  Apparently the wife (Monica) who is the chef is lovely- but the husband (Luca) certainly refuses to let a smile crack his face...  Phil and I had kind of a disagreement over going back there because I said - good food is not worth dealing with a guy who seems angry that you are at his restaurant... (I made an attempt to tell him this time about why we need to drink our own wine instead of buying his but he is apparently a tough nut to crack) if it hadn't been for the extremely friendly waitress, Donna I probably would have decided against returning.  Luckily she was available to be our server again.

so that brings us current and awaiting our next two rounds of company- Ah! the life of snowbirds LOL - so if I am MIA for a bit don't worry- I'll be back.....
Posted by TOR at 12:50 PM