So last night we went to the annual HDH summer Champagne tasting. 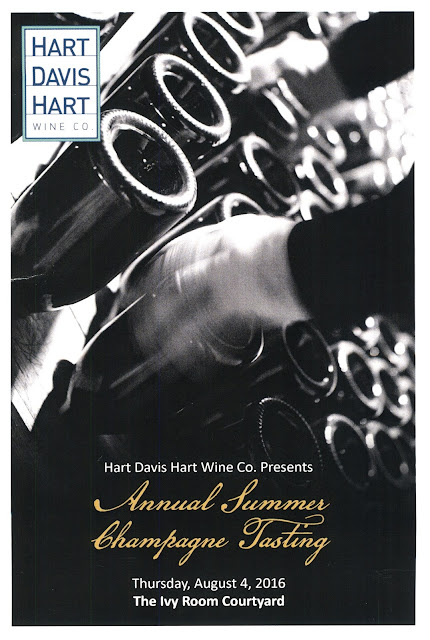 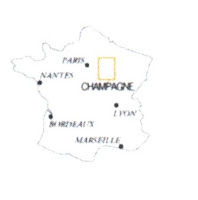 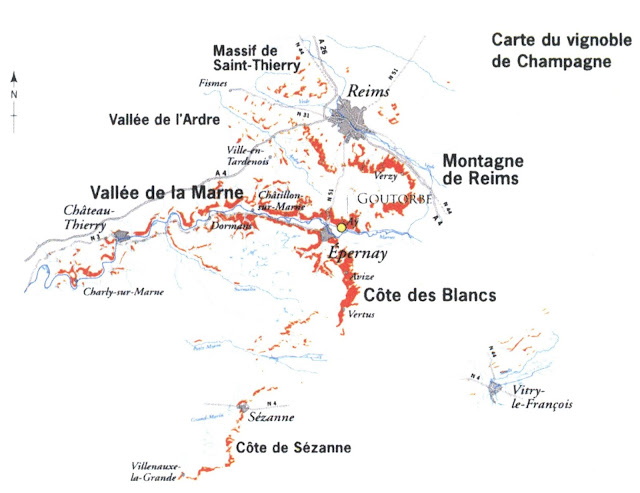 so we ended up buying a selection of things - some of which we already have in the cellar but of course the number get depleted over time LOL... 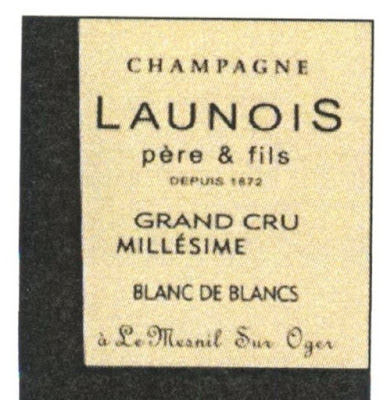 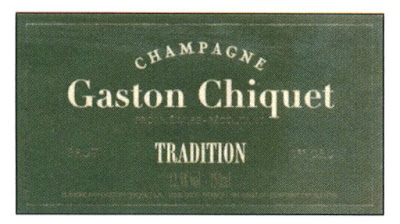 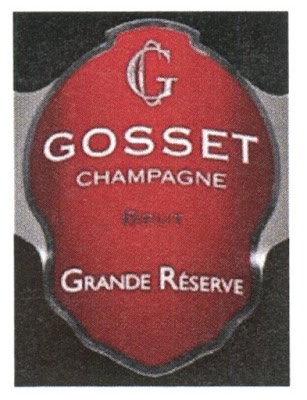 and some of which we will be adding to the cellar- 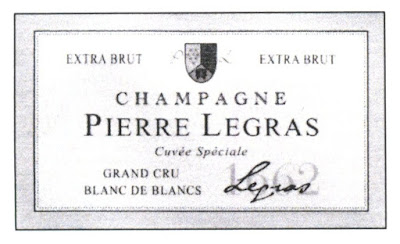 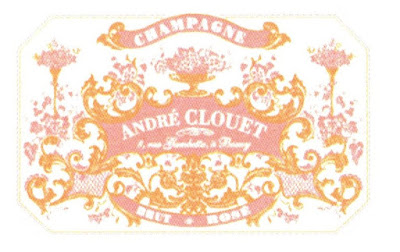 Thanks Michael for hosting a lovely evening at the Ivy at Tree Studios it was a special treat to get to see the inside of a building I have long admired from the street. From the time I first moved into the city in 1981 I used to walk by and wonder what the interior space looked like given the amazing light they must have had and enjoyed in those early days of my city life window shopping in the art supplies and framing shops on the State Street ground level 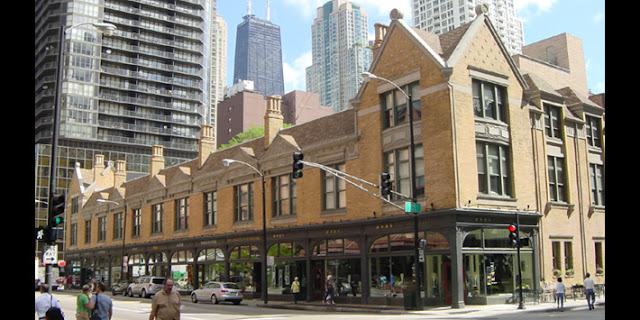 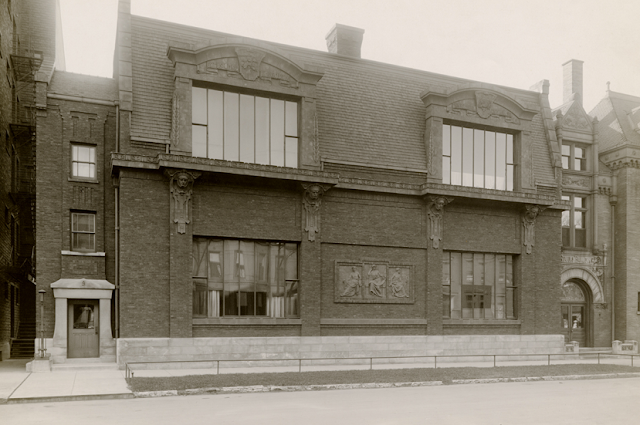 The Tree Studio Building and Annexes was an artist colony established in Chicago, Illinois in 1894 by Judge Lambert Tree and his wife, Anne Tree. Tree arranged to have the original Tree building constructed in 1894, designed by the architecture firm of Parfitt Brothers. The building is constructed with steel frames and is two stories high. The ground level is covered in a cast iron arcade and designed as storefronts, while the second story is covered in a Roman brick and is designed to serve as artist studios with large windows to allow natural light to enter.

Tree created a legal trust which stipulated that only artists could live in Tree Studios. This trust remained in force until 1959 when the complex was sold to the Medinah Temple, with which the studio complex shared a block.

The studios and temple were included in the 2000 World Monuments Watch by the World Monuments Fund, after citizens became concerned that the complex would be demolished and a high rise tower constructed in its place. With support from the financial services company American Express WMF awarded a grant toward the preparation of an architectural significance survey and a feasibility study for the site. The results of the significance survey led to the sites being designated as Chicago landmarks.

The State Street building was listed as a Chicago Landmark in 1997. The Ohio Street and Ontario Street annexes and courtyard were added as Chicago Landmarks in 2001. The complex was listed on the National Register of Historic Places in 1974.  Restoration of the property was guided by Albert Friedman, who purchased the property in 2001, following which construction workers and artisans labored side-by-side, rebuilding Tree Studios by hand. Architectural details were re-created from surviving fragments in on-site woodworking shops. 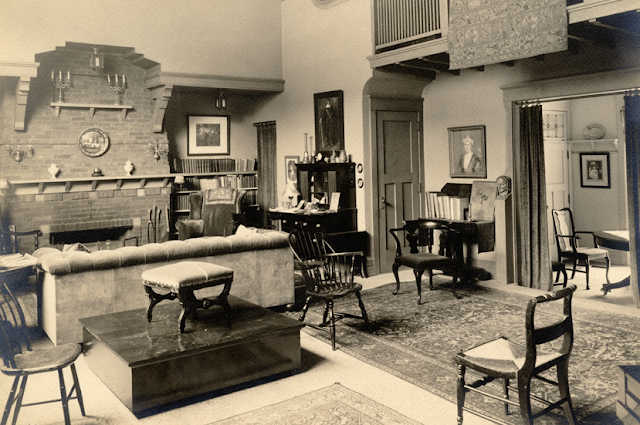 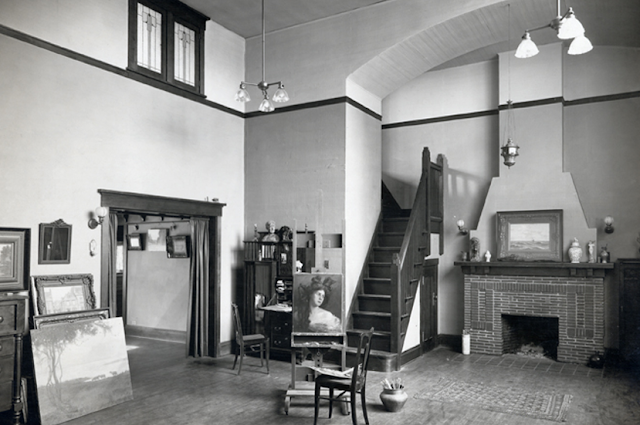 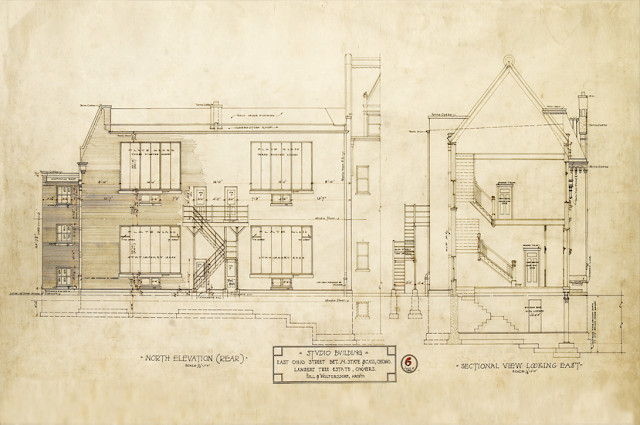 cool place to visit and in researching the history online I found they have tours now as well.  So in less than five days we are off to the Baltic Sea with our first destination being Copenhagen to see Poul & Lene and Aase and Martin- then off on the sea cruise and ending in Stockholm where we will stay on for a dinner at gastrologik! Stay tuned!
Posted by TOR at 4:42 PM