So because we had only been out to eat the majority of nights this week with friends we had at least one more open night LOL and were lucky enough to have dinner with Mike at his club downtown- The Metropolitan Club.

So a recap of dinner with friends this week started with Judy on Sunday at Michael's and Barb & John on Monday at Ruxbin then Tuesday we ate with each other LOL at New England Seafood Co. and Wednesday was Next: French Laundry and tonight - Thursday - with Mike at the Metropolitan Club.

Mike had invited us to his club - well actually his club (he's a golfer) is in Houston but they have a reciprocity deal with clubs in other places including some city clubs like the Metropolitan Club here in Chicago.  We had been once before with Mike and his partner Leslie (about six weeks ago, I think)

The food was very nice and the view spectacular- which is a given for that location on the 67th floor of the Willis Tower. 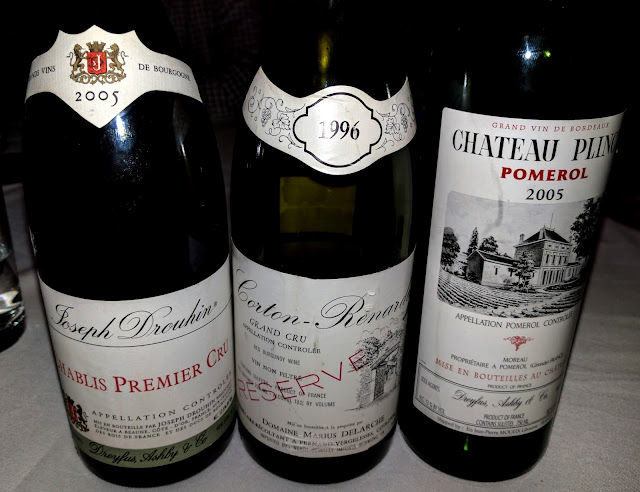 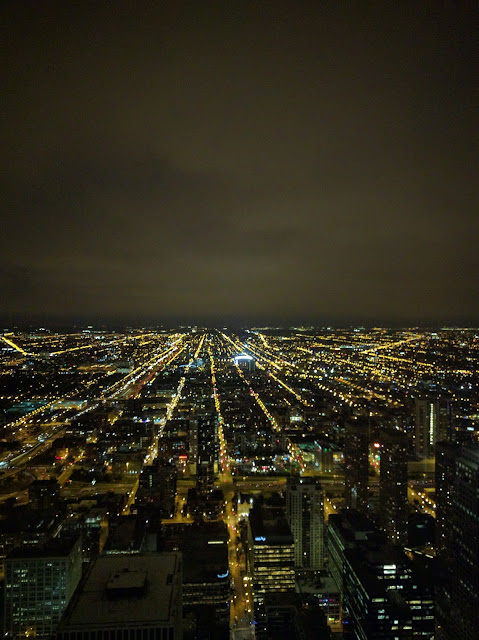 an amuse from the chef- a lovely scallop 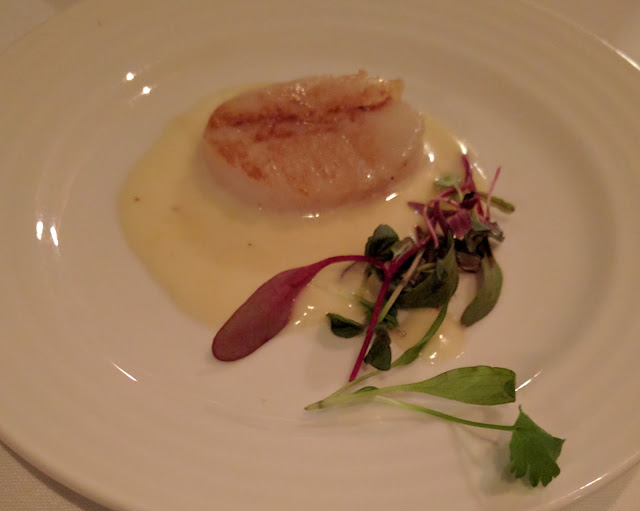 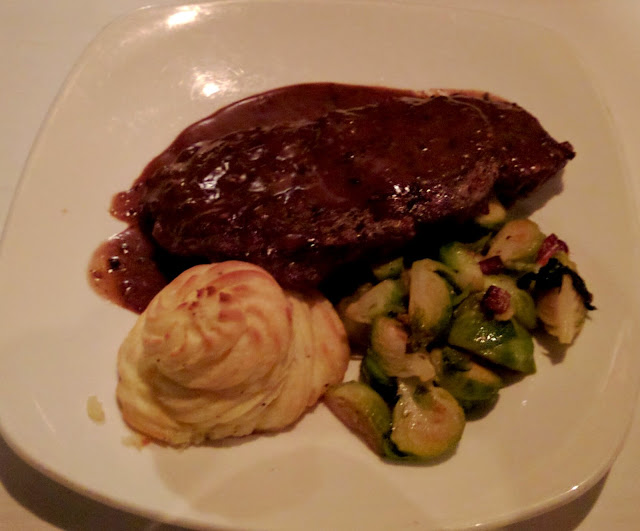 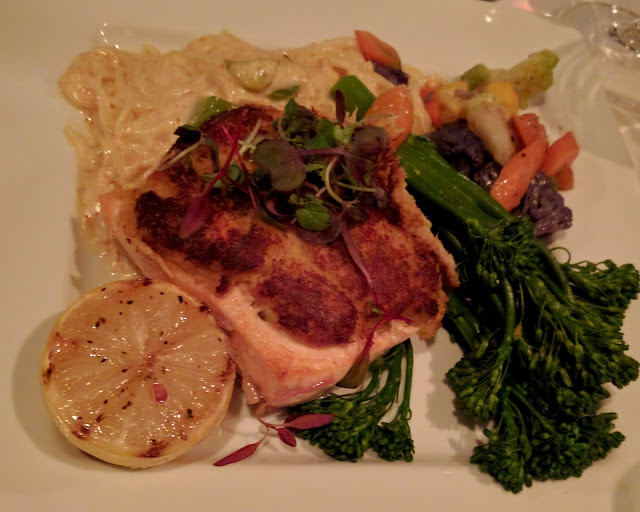 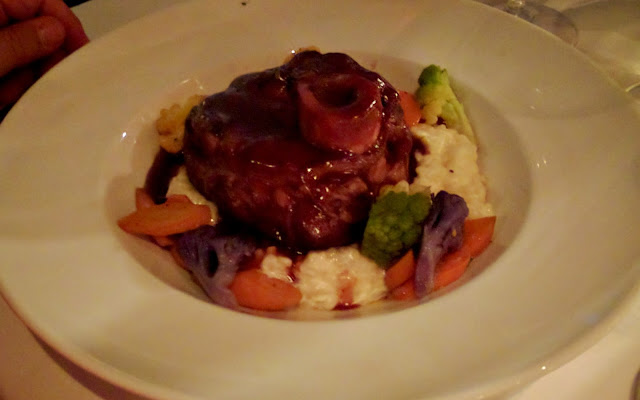 and every dessert known to man- no really the server- Christina brought all kinds of things for us to try - it was the end of the evening and I guess they didn't see any reason not to bring a bit of everything LOL - the creme brulee was the best of the ones we had - although the caramel cheesecake gave it a run for the money in my opinion... 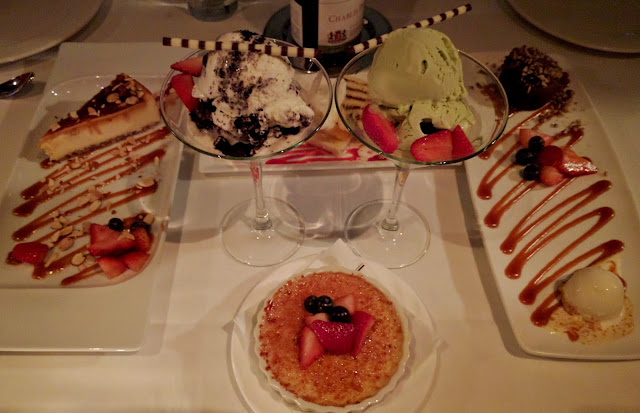 we get a night off tomorrow night but i am sure we will figure out something...so stay tuned.
Posted by TOR at 12:02 AM