OK so on Friday night we had a superb dinner at goosefoot with my travel bud TB (of DART trips for many years) and then at 8 AM on Saturday I began my journey south- with Lucy and wine LOL- oh and a laptops - but that was pretty much it- 20 hours of driving later (12 and 8 on a day by day basis) I arrived!

why am I telling you this - because I went from eating at Michelin starred restaurant in a city of over 8 million people (SMSA) to a dockside restaurant in a real fishing village of Cortez... less than 5,000 people live in Cortez.  It is home to our favorite fish place- Star Fish Company (market and dockside picnic tables for food in cardboard boxes- fresh fresh fresh seafood)

Cortez, a census-designated place in Manatee County, Florida, United States, is a small Gulf coast commercial fishing village that was founded by settlers from North Carolina in the 1880s. The population was 4,491 at the 2000 census.

so here I was less 72 hours later - enjoying sunshine and 88* under blue skies - with my blackened grouper and some hush puppies...YUM YUM YUM.... 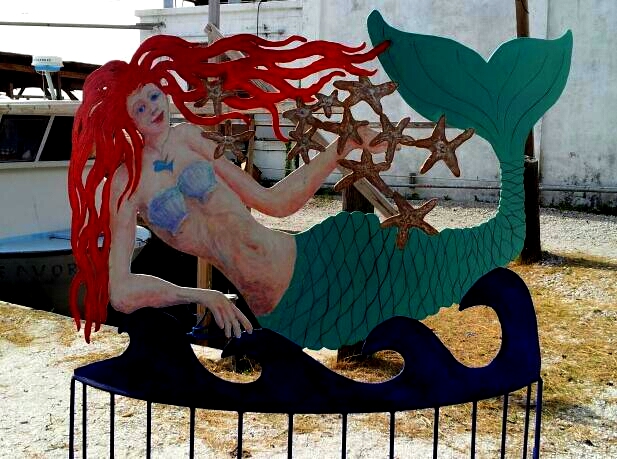 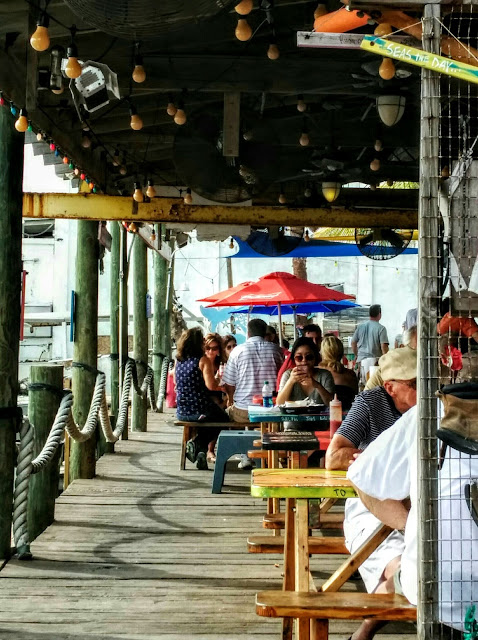 crowded as always- even before season officially begins - a wait for made to order food-  but always worth it!

and I have to contrast it with the terrific and amazingly beautiful and artistic meal we had Friday night at goosefoot... courses presented in order! 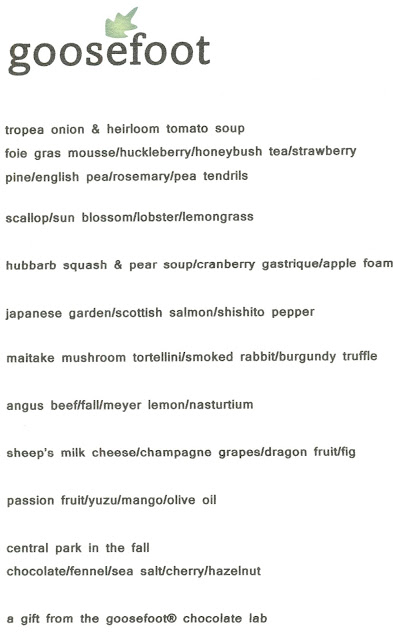 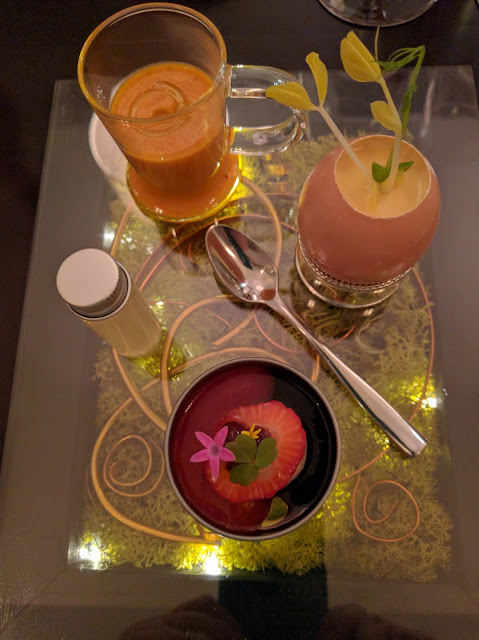 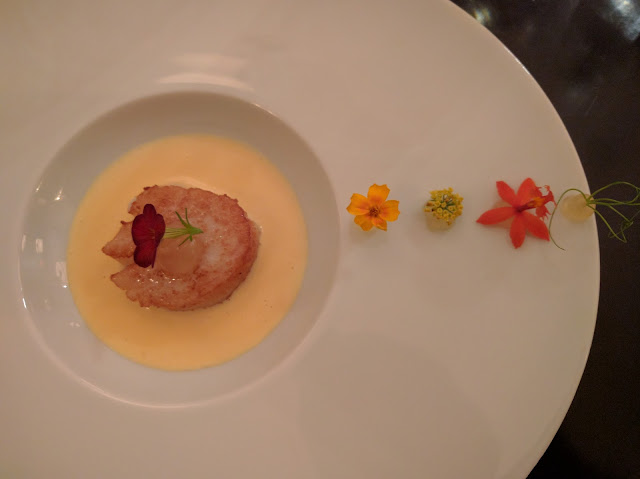 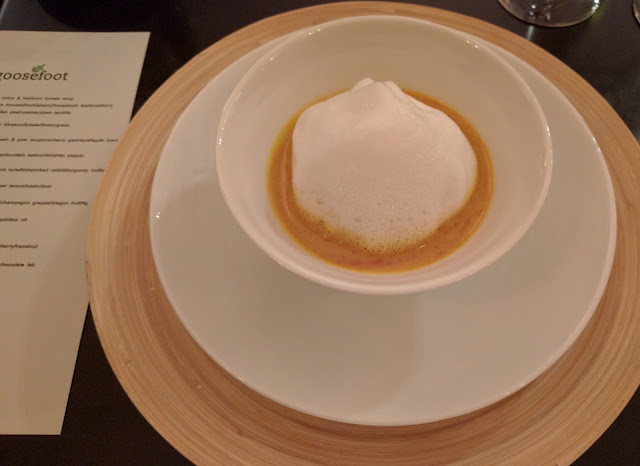 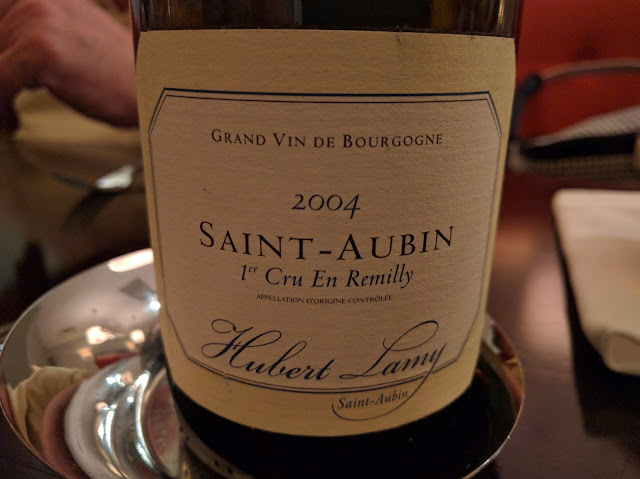 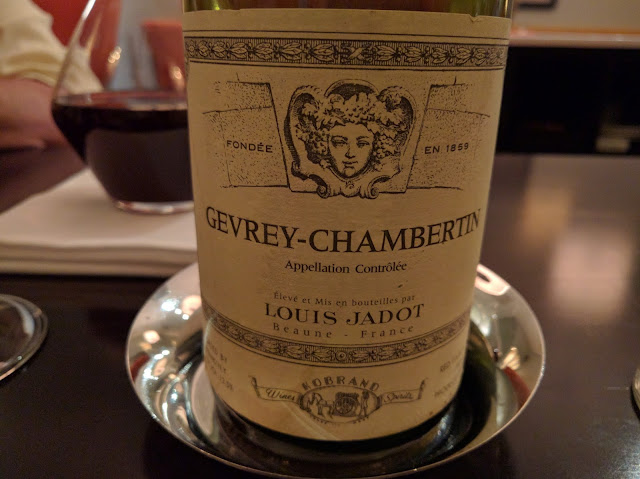 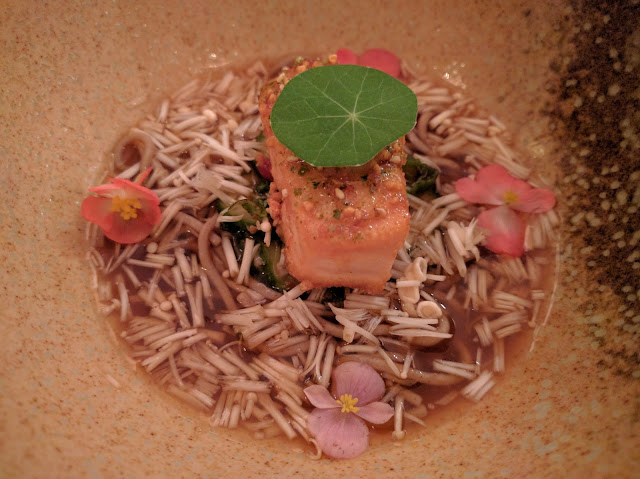 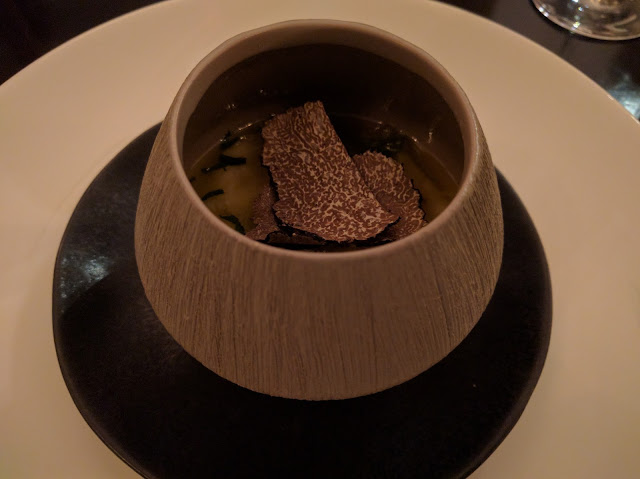 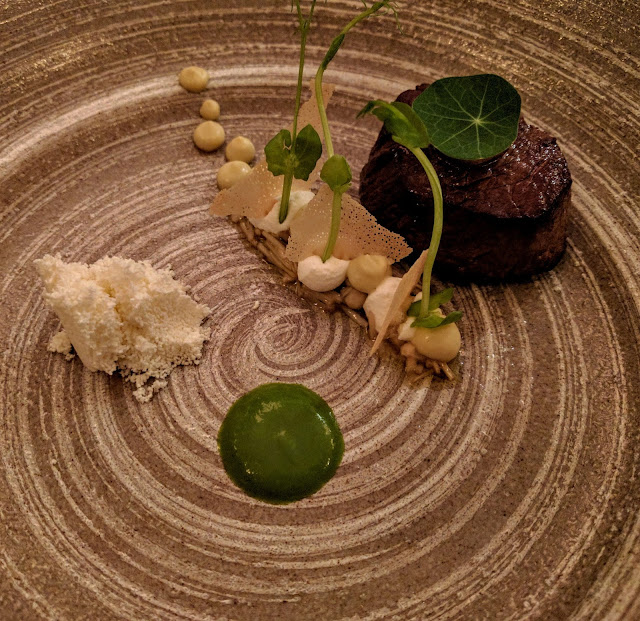 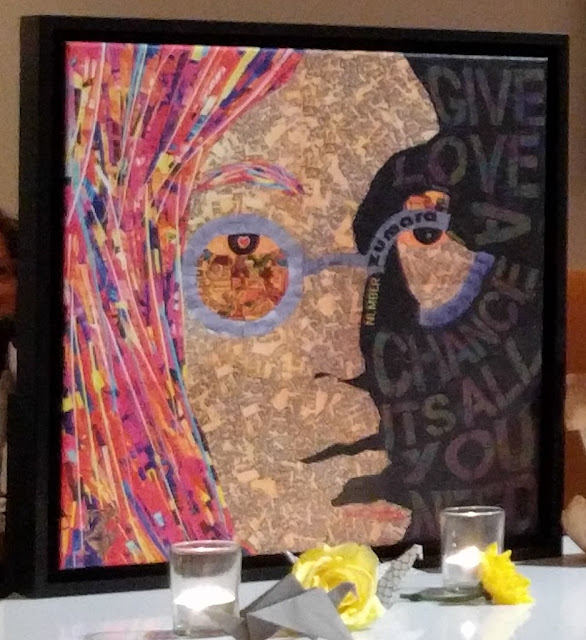 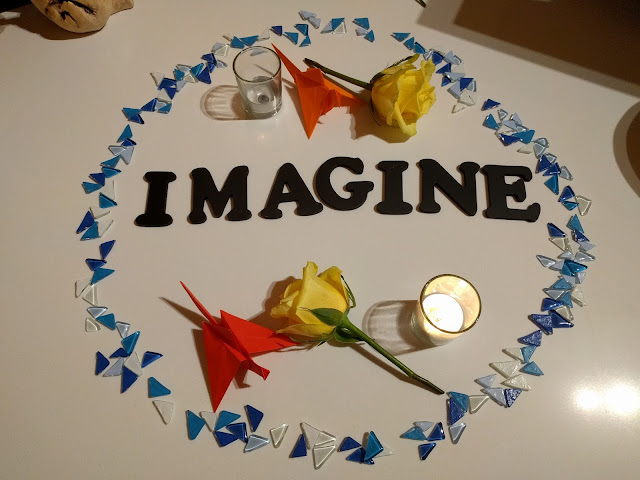 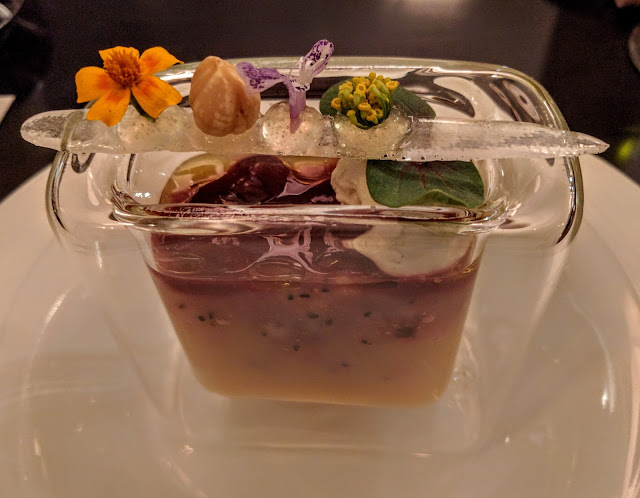 palate cleanser of juice in a sculpture of Chris' creation! 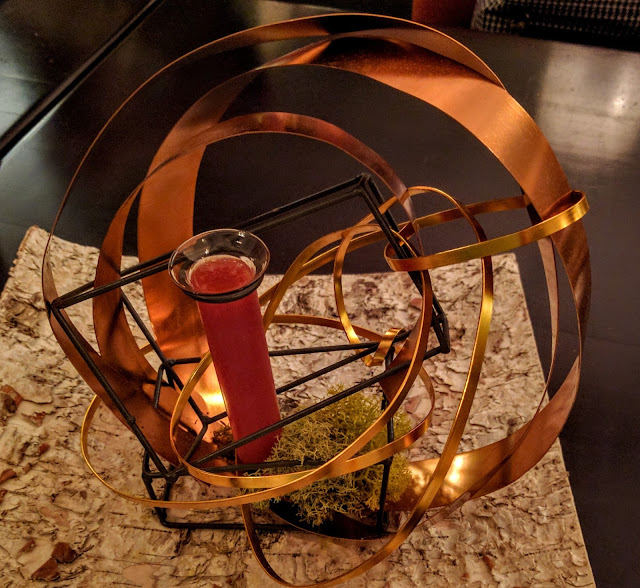 the double dessert course of "Central Park in the Fall" 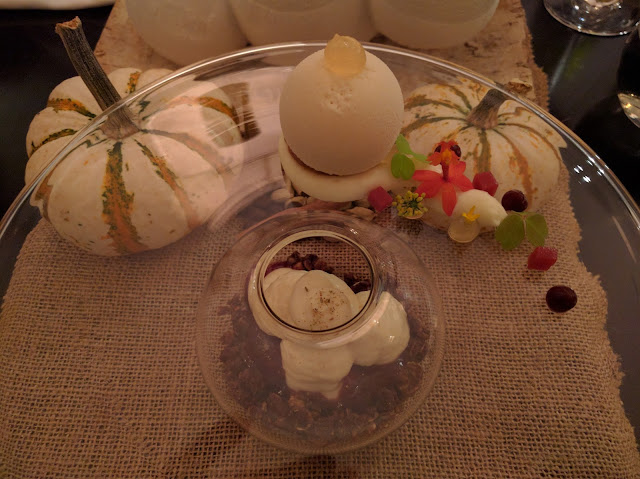 the dessert course had a fully spooky effect with the ghostly fog coming from the centerpiece! It was Halloween weekend after all! 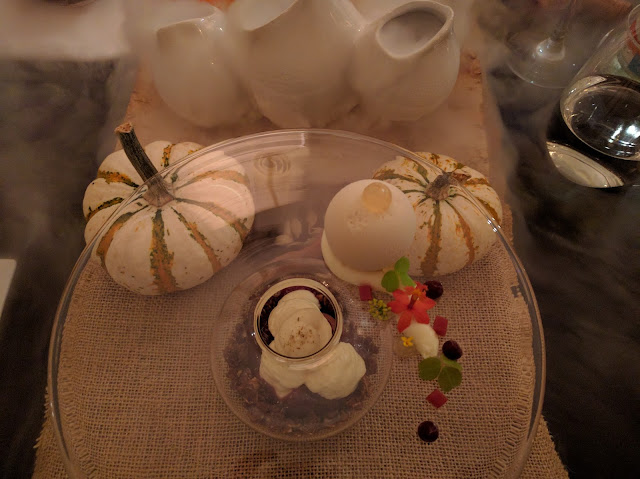 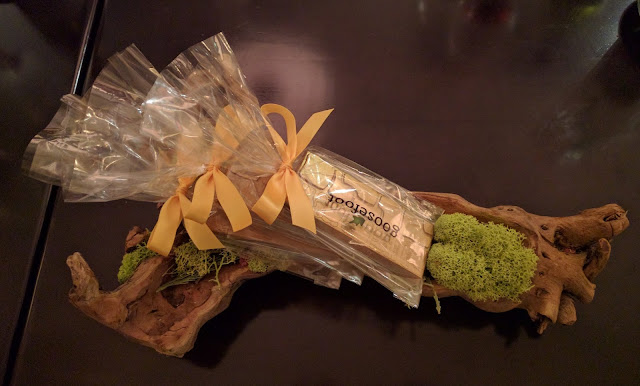 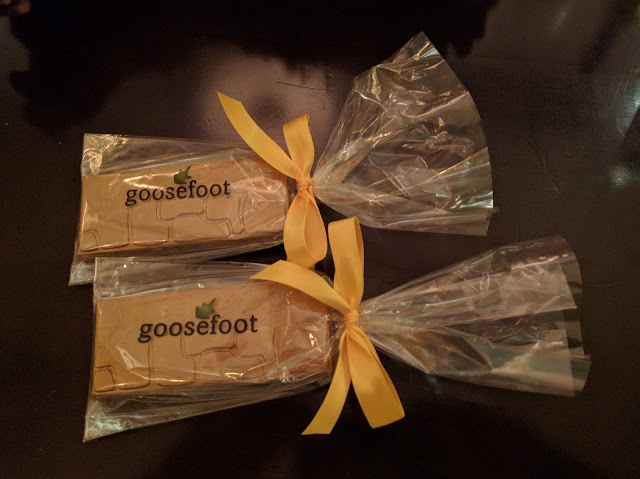 another lovey meal with lots of flavors and inspirations from Chris and Nina Nugent at goosefoot... and even with my early morning wake up to get out of town and on the road- I enjoyed the evening to the last goodbye-

now - lots of things to do here - we start with Symphony  on Friday and then a Saturday wine dinner (Bobby Kacher) and then a concert on Sunday at our favorite little club - so stay tuned - we will be fully in the swing of things before the week ends!