I did a little research on the subject of toucans and found the website ""beauty of birds" had a lot of interesting information about them - so I thought I would pass it along.  The birds we saw this time at the hotel in Cartagena (they had three) were not the same one I saw there the last time despite the fact that they can live to 20 years in the wild and 25 in captivity. 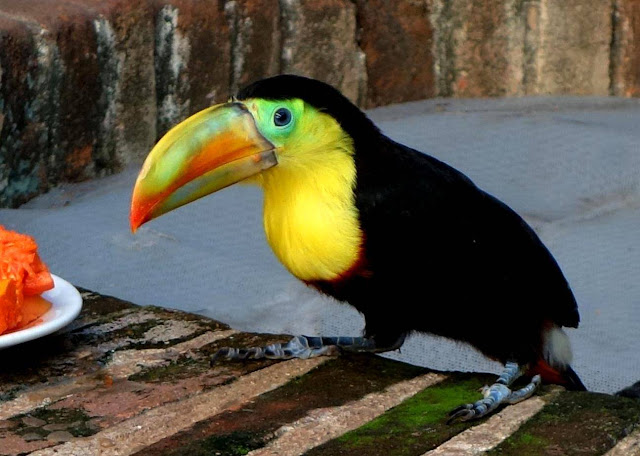 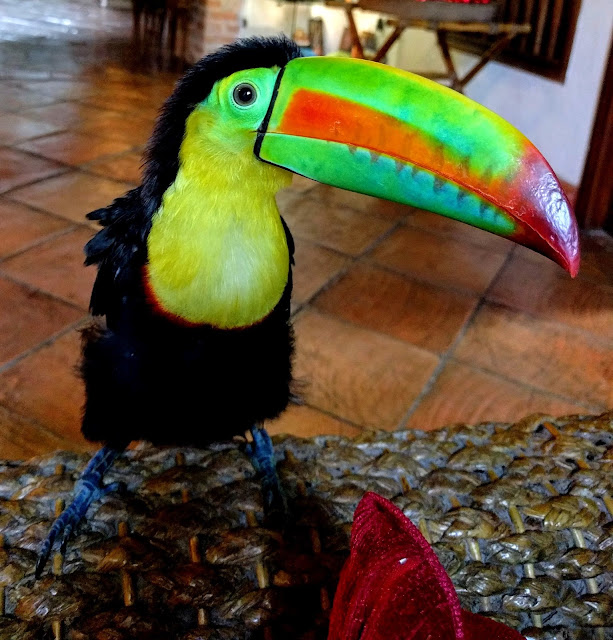 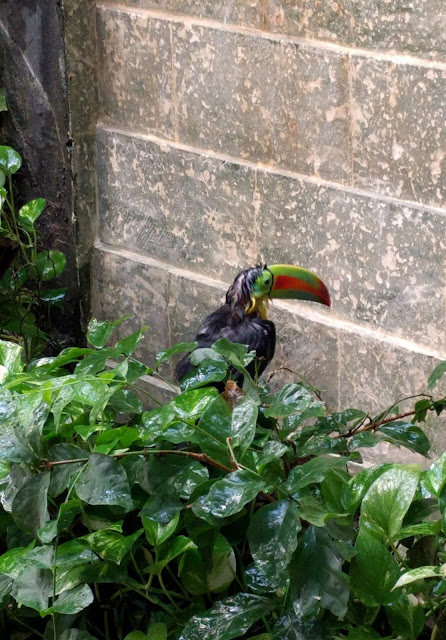 How heavy is that bill, and what do they eat with it ?

Surprisingly light for its size, in some larger species the bill is equal in length to the body size. The neck is strong and short to help the bird with balance.  The bill's structure is formed by a highly organized matrix of thin criss-crossed bony 'rods', filled-in with a spongy form of keratin, creating a horny sheath (similar to fingernails) with serrated edges resembling teeth designed for tearing fruit, the principal component of the diet.  The bill is quite weak in the sense that it cannot bite, but it is so incredibly strong that some aircraft have been designed following the principles of its construction.  The thin, feather-like grey tongue extends to the end of the bill which is otherwise hollow. The feathering effect exposes more taste-buds, enhancing the importance of taste to the toucan.

Physical Characteristics:
Personality:
Toucans are very intelligent and trainable, They are friendly and playful.

So there you have it- toucans - beautiful, cute, friendly and extremely photogenic! here is one showering - on film!