a new and TERRIFIC find

so you would think that this being our seventh winter here that we would have found every place there was to eat and drink- but you would be wrong... last night, with our friends Al & Carol, we ate for the first time at Pomona.  Located very near Fogartyville- this is a real find! It is a fabulous bistro menu with an outstanding charcuterie plate and one of the best desserts I have had in a long time... not to mention the antelope chops Phil had for dinner....

anyway here are the specifics- 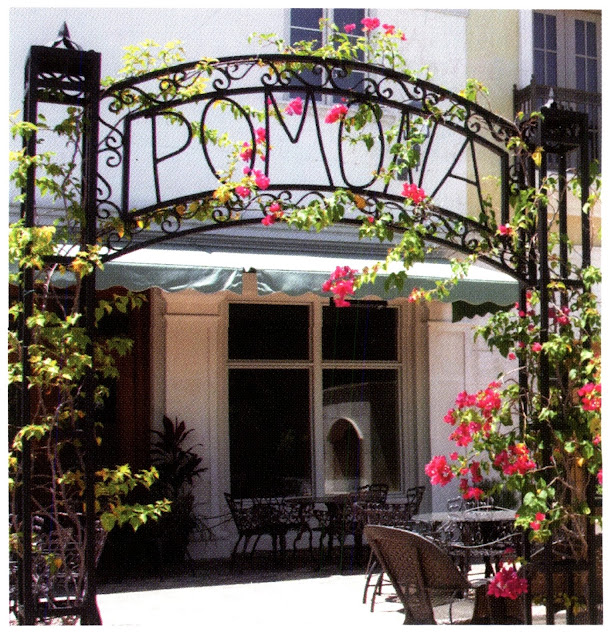 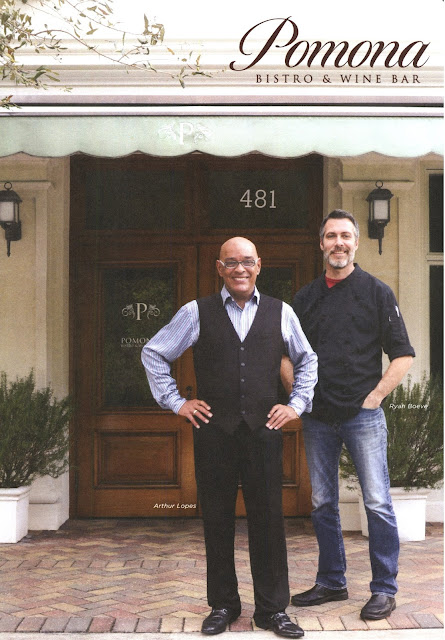 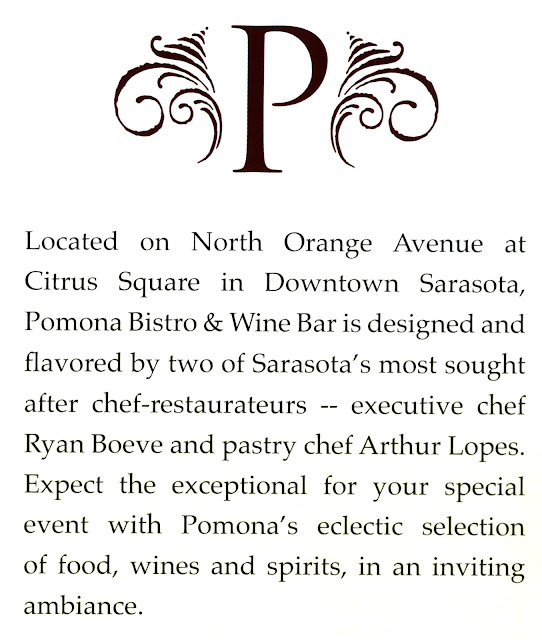 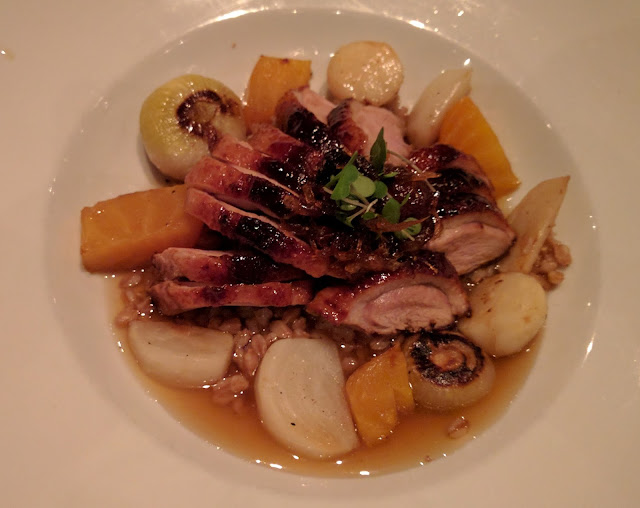 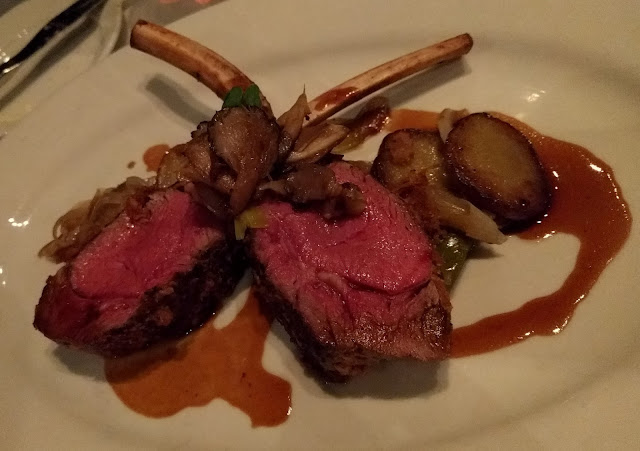 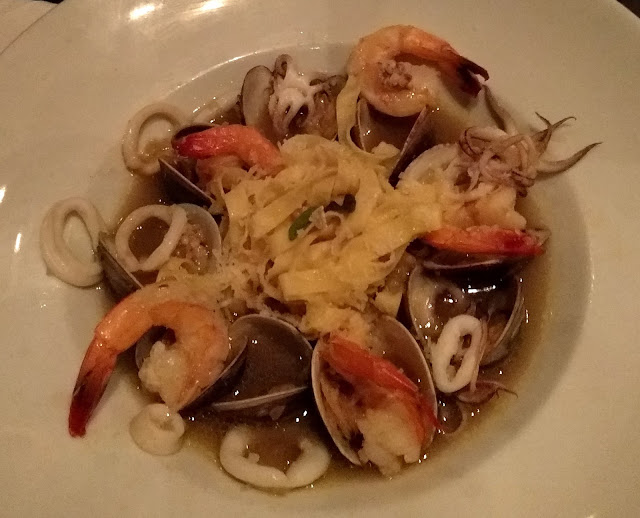 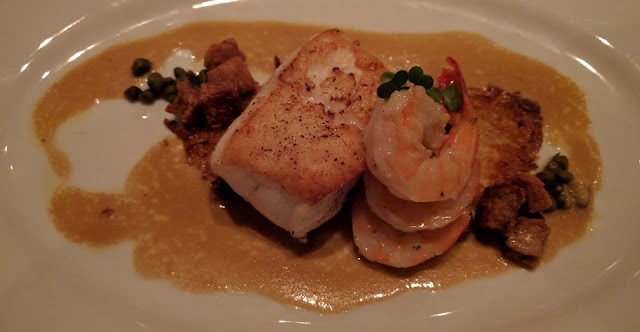 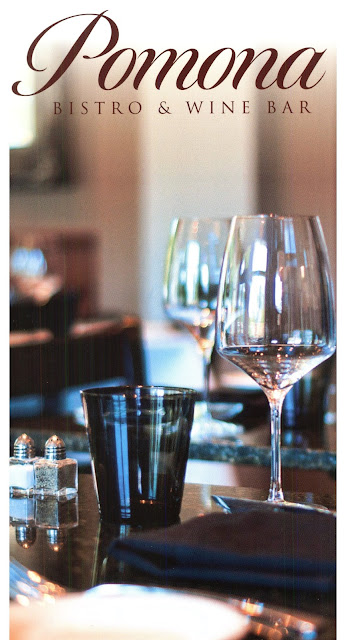 a place so worthy that it won't take long for us to return!

the night before we had a terrific meal with Mary Ann and Gene at indigenous (only a few photos unfortunately as we were so caught up in catching up after nearly a half year of traveling - both couples!) 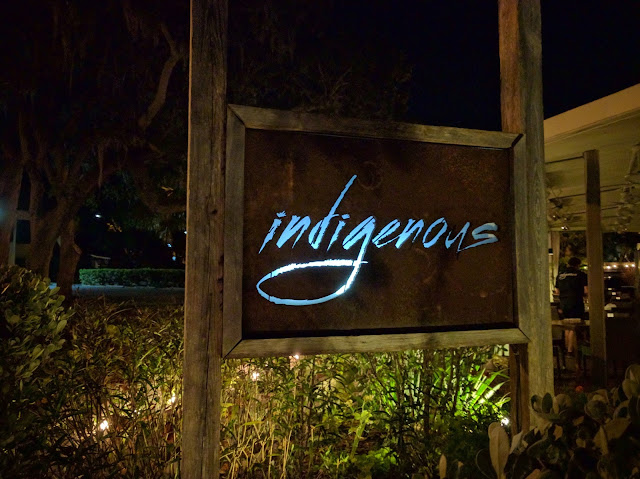 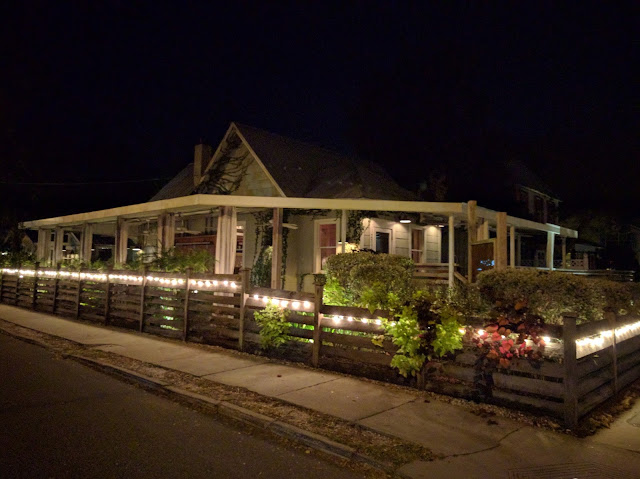 we all ordered the mushroom bisque- it is fabulous and was a perfect pick for the chilly evening that night! The temperature went down to 66* LOL 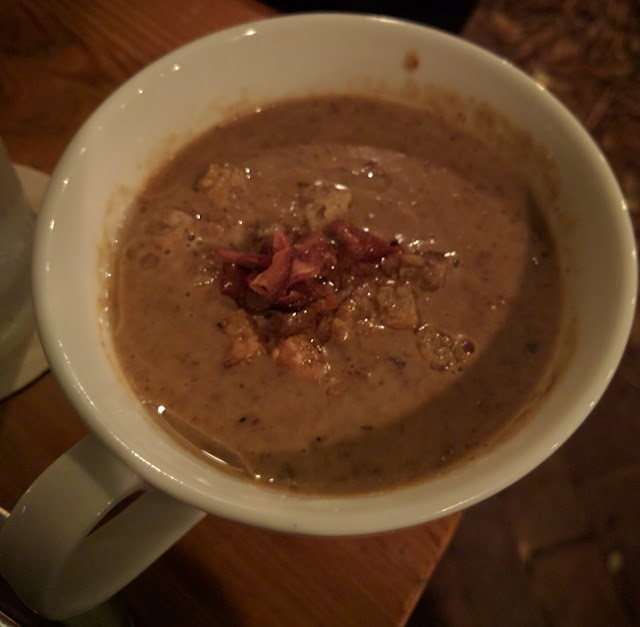 we shared the smoked sturgeon tartine - although it looks a mess it is very tasty! 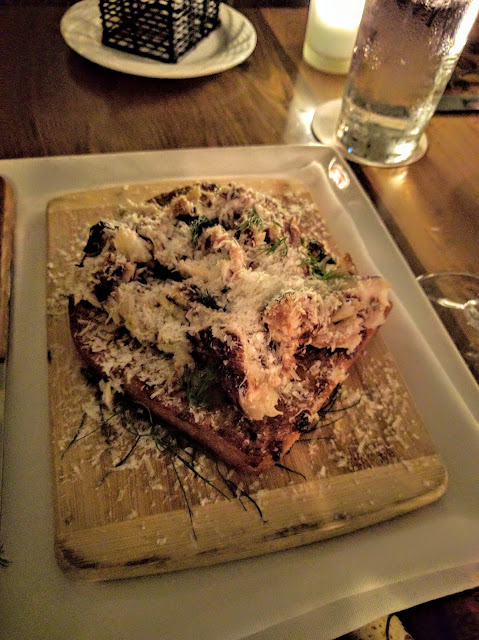 Phil had the burger- I had wreck fish with a polenta/parmesan/kale cake which was fabulous! (the winning dish of the evening) M.A. had the falafel and Gene had the short rib (which I would put in the second place for the evening) desserts (shared) were less impressive - sometime just a bit weird there... but it was great to see them and we closed the place down long after the food was finished because the conversation was not... 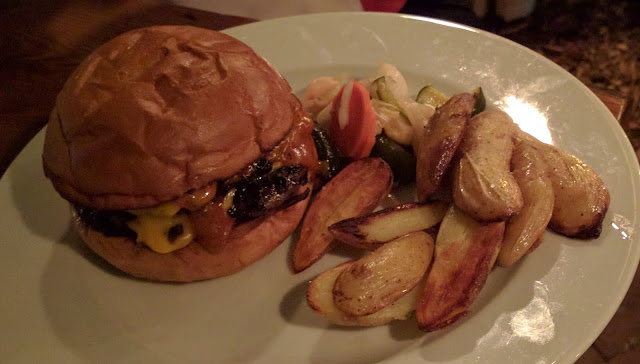 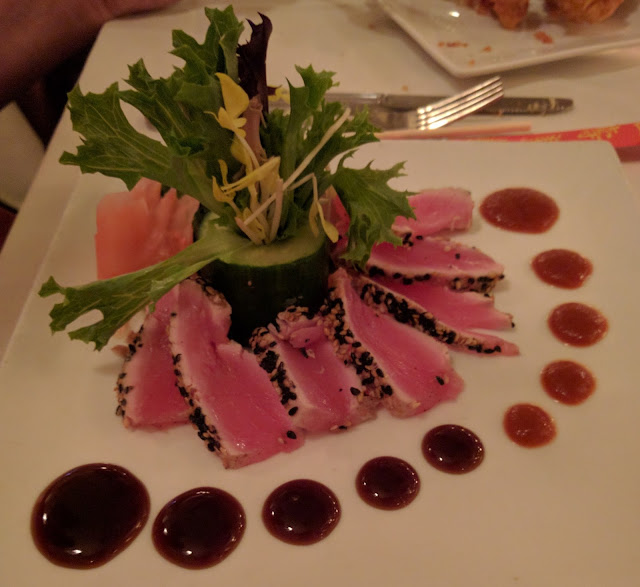 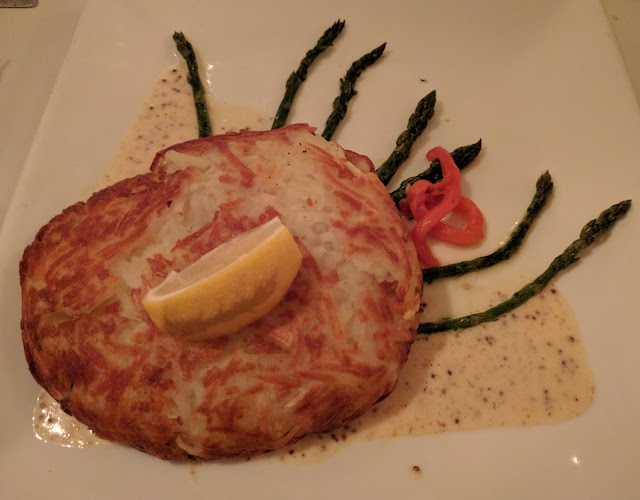 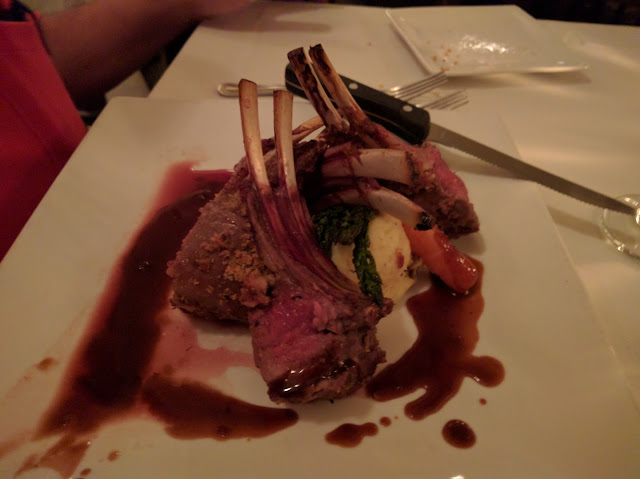 at Star Fish - dockside views while waiting for our food! 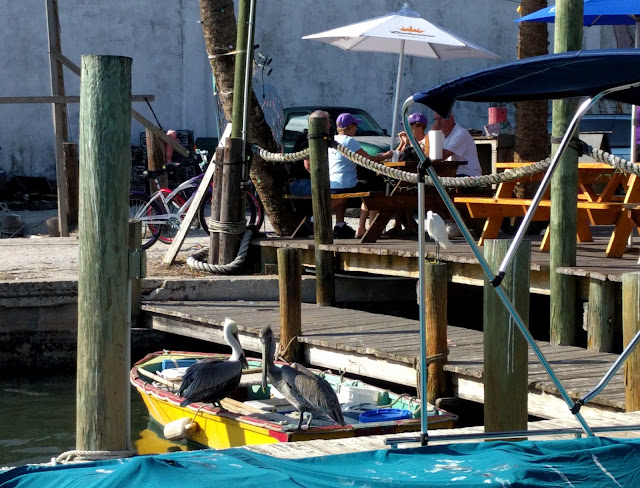 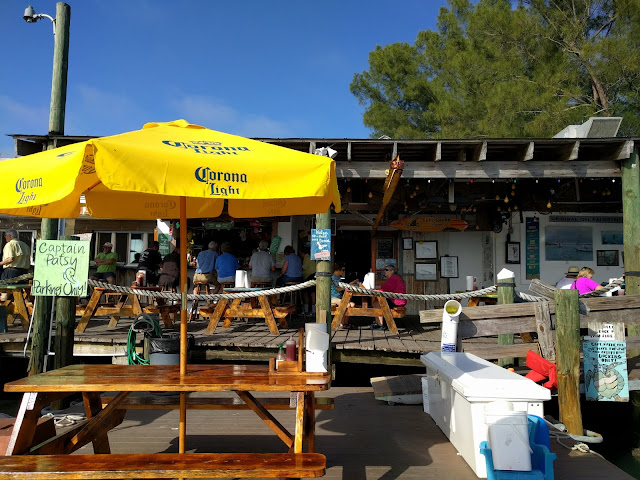 This is our favorite time of year to go to Star Fish - before the hordes of tourists arrive in town and on the island... the line is shorter and the tables available with our the circling for any length of time... the blackened grouper sandwich is my go-to and the fried oysters and shrimp is Phil's... we can highly recommend this but don't tell anyone! LOL - it is too busy being over run by people who think it is their "secret find" LOL....

next week we have a few things planned and on Friday we are headed to Miami to visit Larry and see his new place on Miami Beach - he sold his house of three decades in Coconut Grove and moved just yesterday to a condo (we are all trying to simplify) downsizing and cleaning out just as we did in the spring.... so stay tuned for more info on that!
Posted by TOR at 4:05 PM