So we were heading home to Chicago for a weekend in the middle of the winter for errands and stuff (dentist etc..) and Shari and Kevin asked if we could do dinner while we were in town.  They reserved at a place just under a mile from where we live during the summer months in the North Center neighborhood... and close to where they live as well in Lincoln Square.  It is a new place to all of us and relatively new on the dining scene in Chicago.

So in a way we didn't want to love the food there- even though the pedigree of the former Schwa alum chef (actually the nicest one there when I went with Mon & Beth the first time - in a place known for jerks - this guy was so nice he kind of seemed out of place and maybe he has found his home...) was excellent and the reviews good - we just don't have the time to add another place to our repertoire of restaurants unless we can also bring our own.  We already have goosefoot and 42 grams and mfk in the hood - noted Michelin restaurants with one and two stars and a Bib Gourmand rating for mfk... and even though we eat out a lot we also go out of the hood too... (see last post about the evening before at Oriole) so one way to narrow it down is to pretty much stick to places where you can pay a corkage and BYO special bottles (like last post - 96 Le Corton and 2004 Chassagne-Montrachet La Romanee for example)... it isn't about cheaping out for us - it's about bringing connoisseur level wines to go with high end food... but enough about that because I am sure you are hanging on by a thread to hear about the food and see it!

so here is the bottom line- it was EXCELLENT!

The menu isn't overly large but we ordered a substantial number of dishes to try and here is how things went.  The food is better than the menu reads and everything was perfectly prepared.  After discussion a few things were dropped because they contained coconut (allergic) and then we jettison a couple of other things to keep the number of courses manageable... 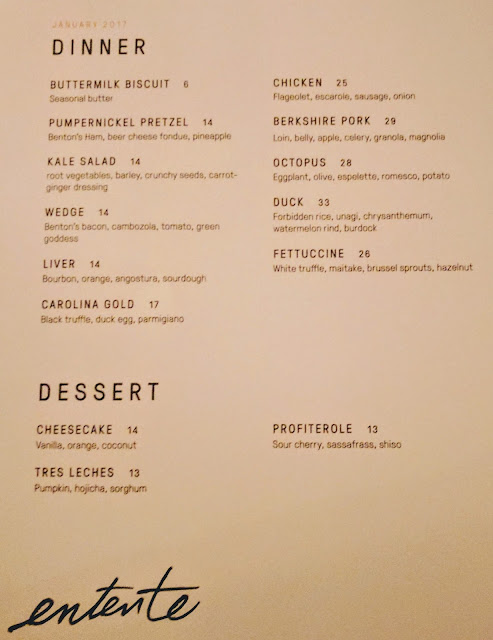 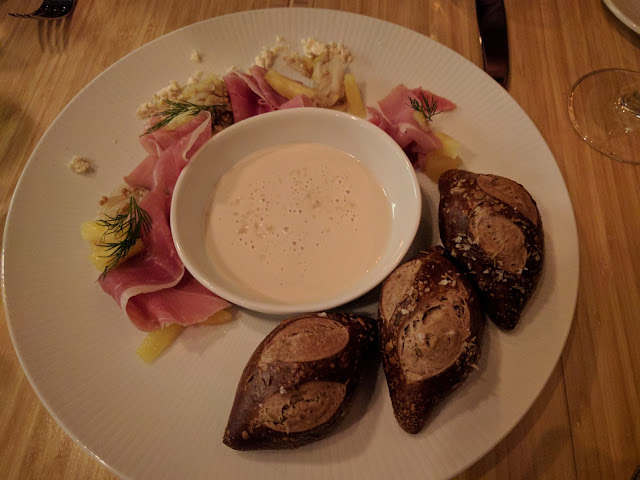 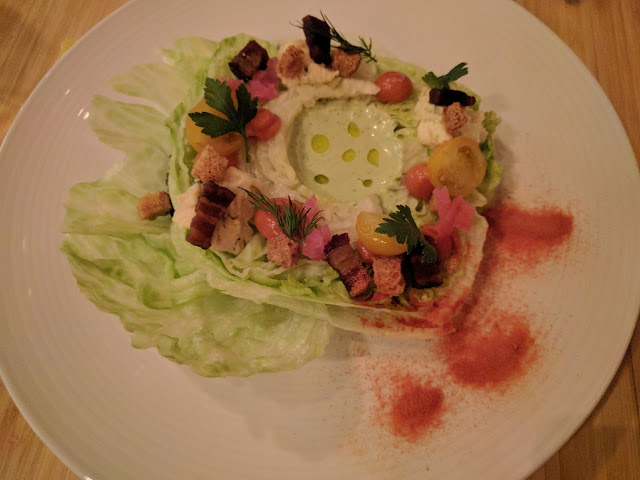 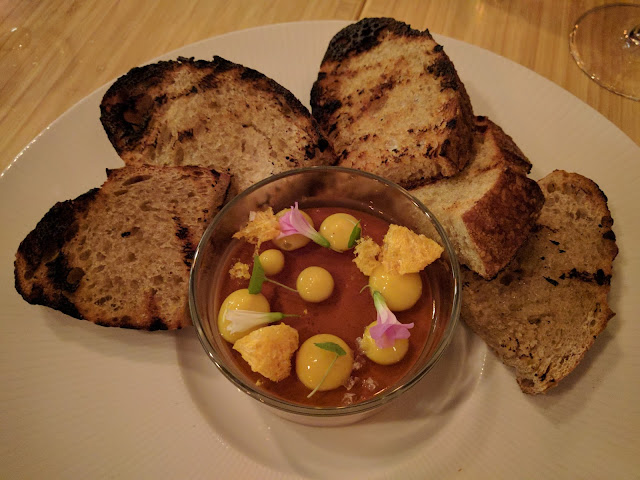 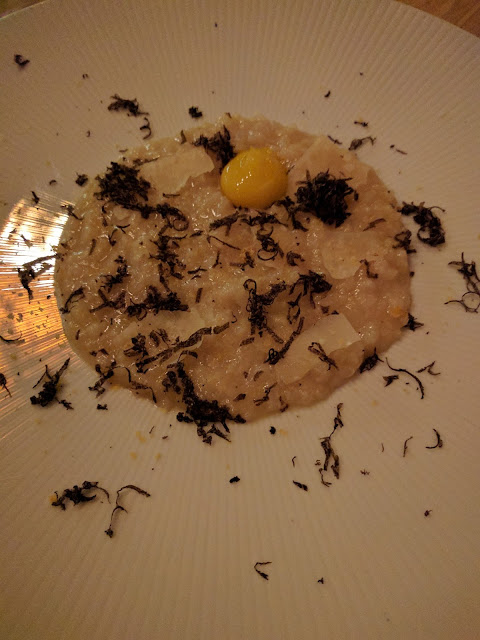 Then we went on to Chicken- Octopus - Duck and Fettucine... from the right side... 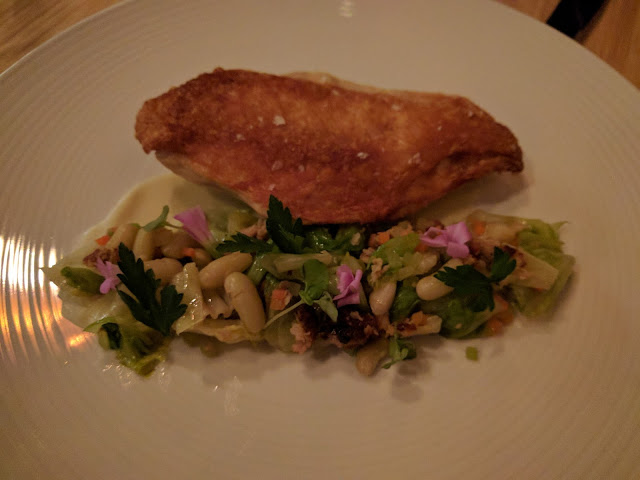 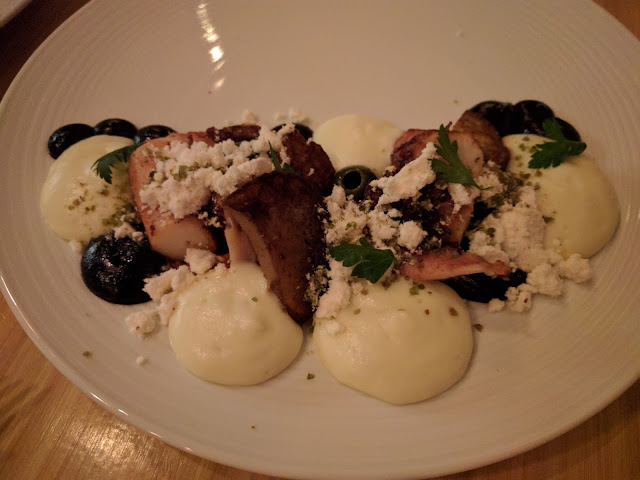 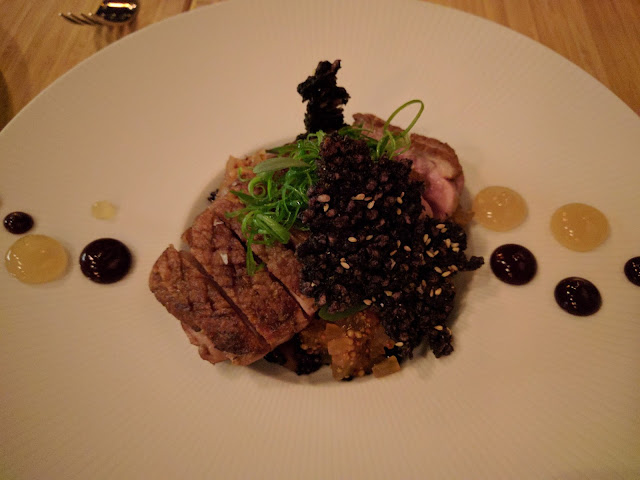 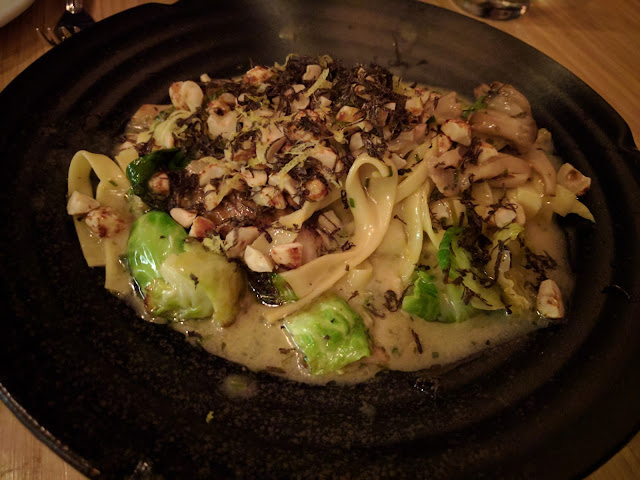 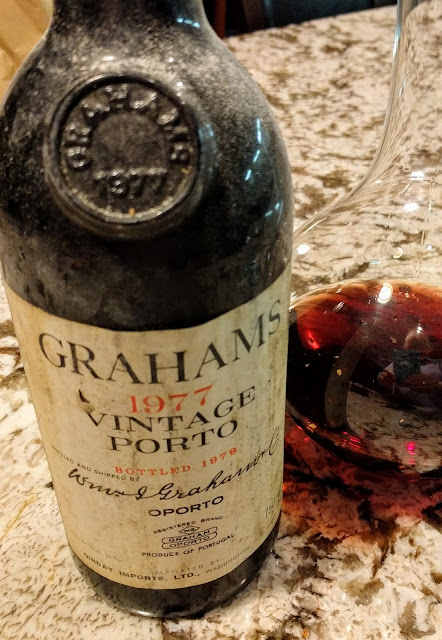 so we will go back and if we are able to work something out (we are happy to pay a corkage to facilitate the process) we will be there regularly... by the way we had a super nice server named Amy!

so if the BYO thing isn't an issue for you give it a try... the food is seriously worthy! and for us the location could not be any better!

so off we went to mfk for lunch on Saturday (yes you can go and pay a corkage fee to BYO there so they attract a goodly number of "winos" as the collectors are known) so tune in to the next post for the blow by blow of the new courses there... as well as old favorites --- keep you posted!
Posted by TOR at 7:10 PM