Our DART (Disappearing America Road Trip) this year was Delaware and Maryland.... so we flew to Baltimore and rented a vehicle and left town immediately because cities are not a part of DART... we seek more obscure places to visit and eat etc... of course we have been doing this a number of years and now they even have TV shows that focus on the diners and drive ins we have been seeking over the years.... our first DART (before they were even named by an old girlfriend of TB's) was also not exactly what the DART pattern turned out to be LOL- it was Los Angeles... but that was then -

There is even a website that feature our road trips - it started out with one of my favorites - upstate NY (Adirondacks and the Seaway area) and went back in time and then kept up with further trips...

So we left the airport and headed east- with the idea that we would cross the bay and head south along the eastern shore of the Chesapeake Bay towards St. Michael's and look for lunch along the way.... And the first thing we tried for lunch was an address that ended up being down a long road into the countryside towards the water and was just a green field when the google lady told us we were there "you have arrived at your destination"- no sister we have not... so we continued on and ended up at The BBQ Joint in Easton where we had some excellent Q and the best dessert of the trip- 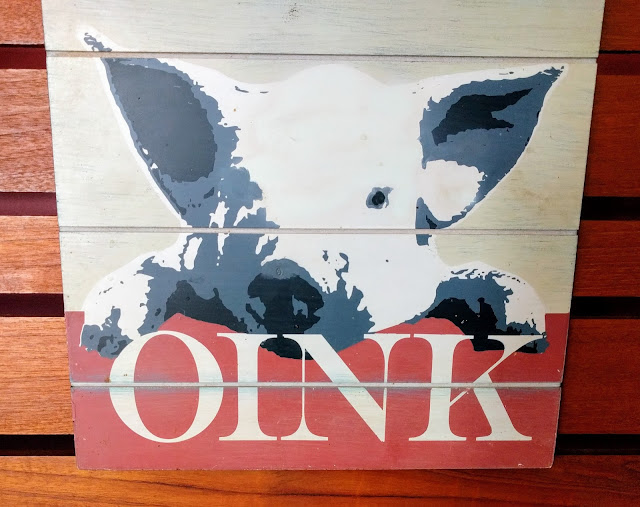 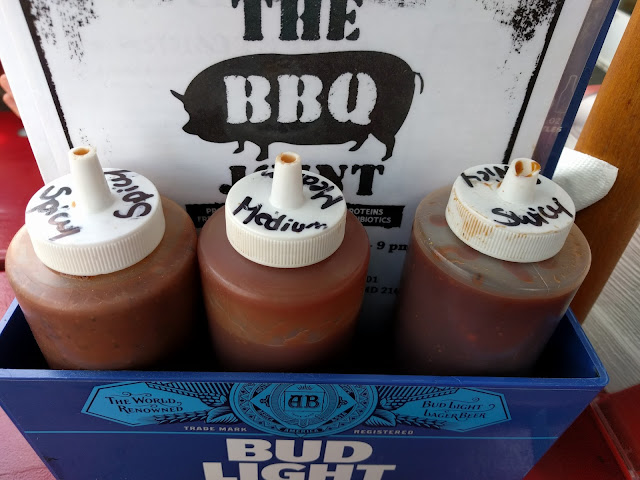 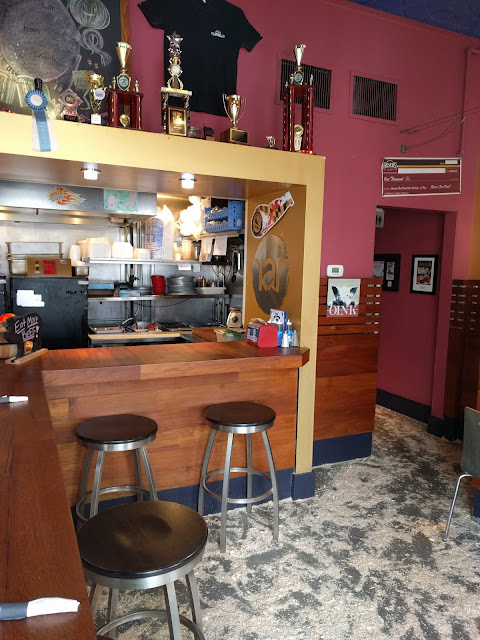 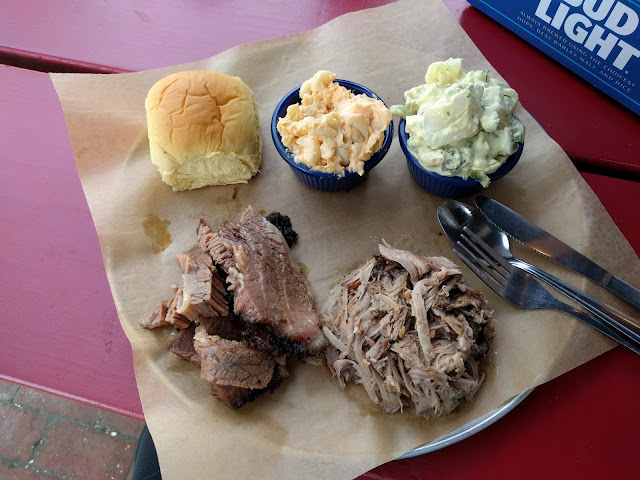 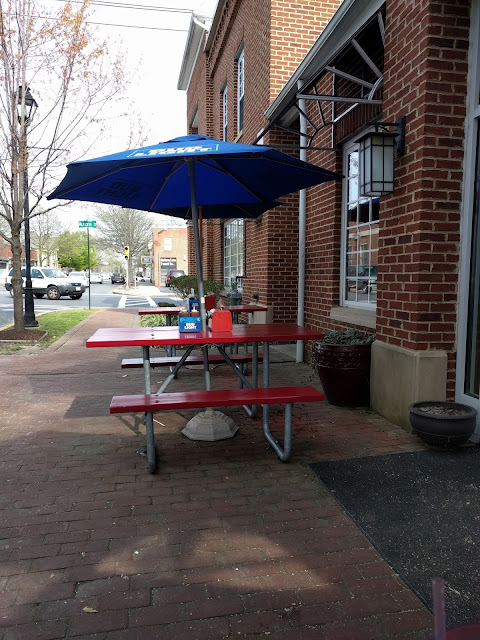 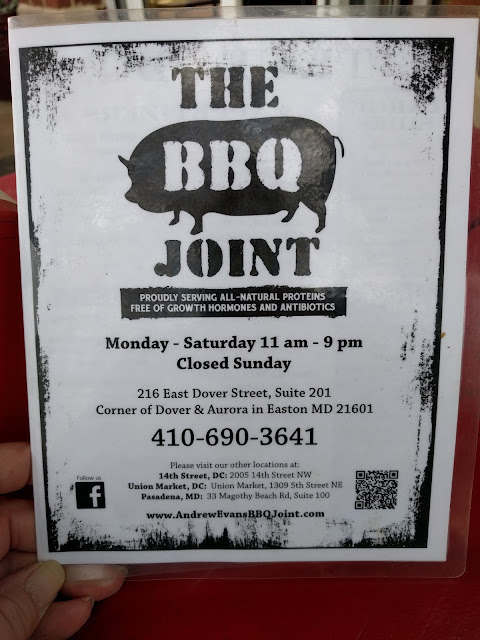 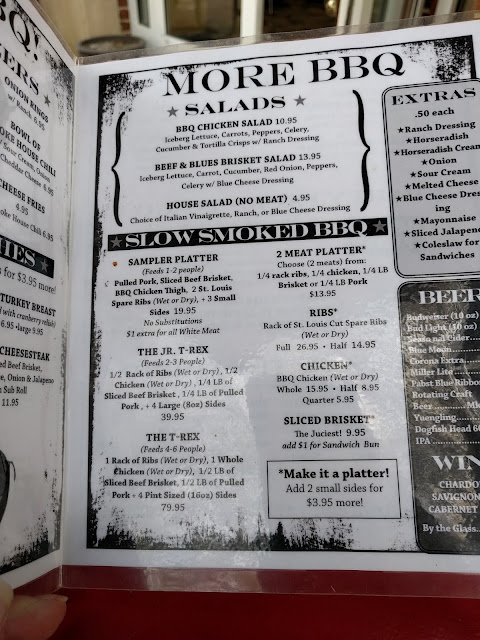 the OMG delicious muddy mason below- and the list of the goodies contained within it! 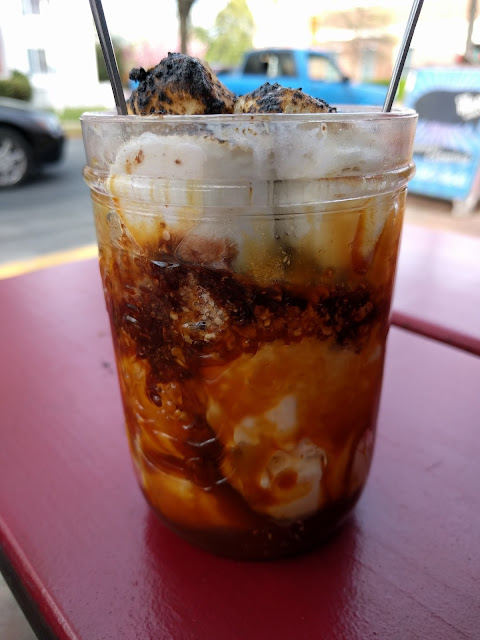 Jeez - I must be hungry cause I could eat another right this minute and next time I would make TB get his own LOL....

As we were leaving the Joint - I remembered that a woman I had just gone to Uzbekistan with lived in Easton (where we were at that exact same moment!) so I looked online to see if she had a listed phone number- and SHE DID!! so we called her and asked her where to stay and she recommended the Tidewater Inn and so we reserved there via mobile app and went on our way agreeing with Donna to meet the next morning for breakfast at the Inn.

Meanwhile TB and I drove to the end of the peninsula upon which St Michael's sits - the museum we were headed for was already closing for the day so we knew we could do it the next morning after seeing Donna.  We didn't stop in St, Michael's but admired the cute little town as we passed through on the way to the end of this particular point of land (something we did quite a few times)- 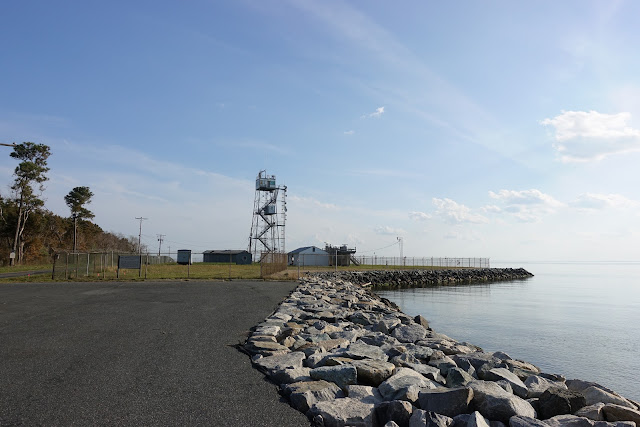 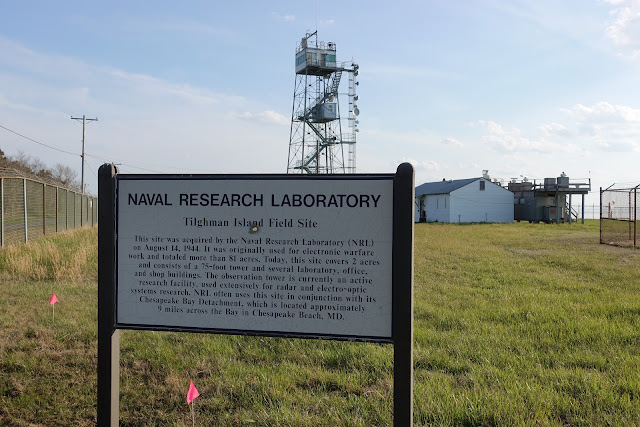 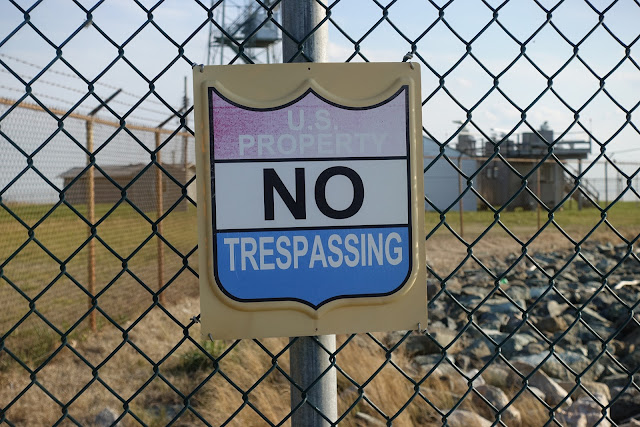 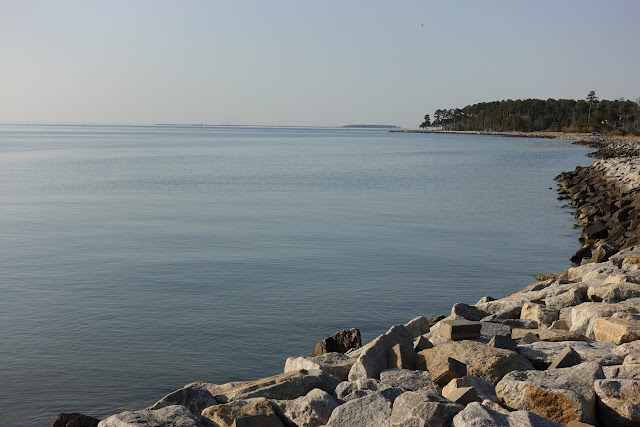 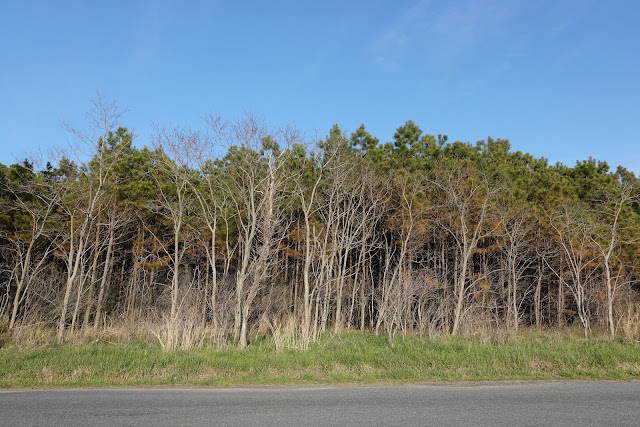 So we headed back to Easton and along the way made a quick stop for drinks and WC at a place that specialized in seafood (LOL really?) 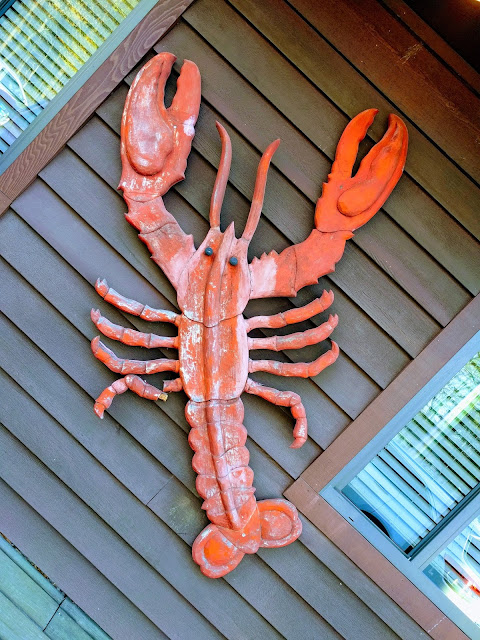 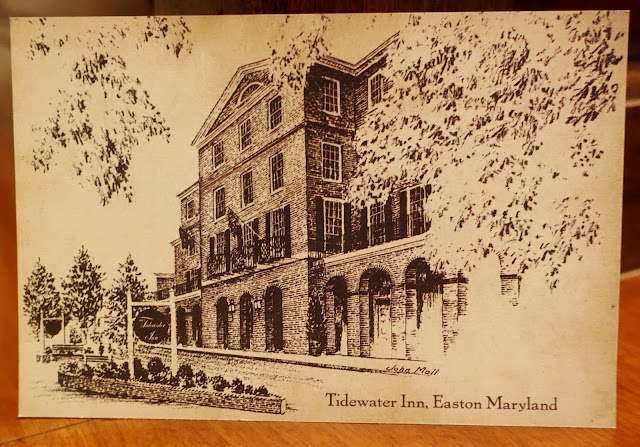 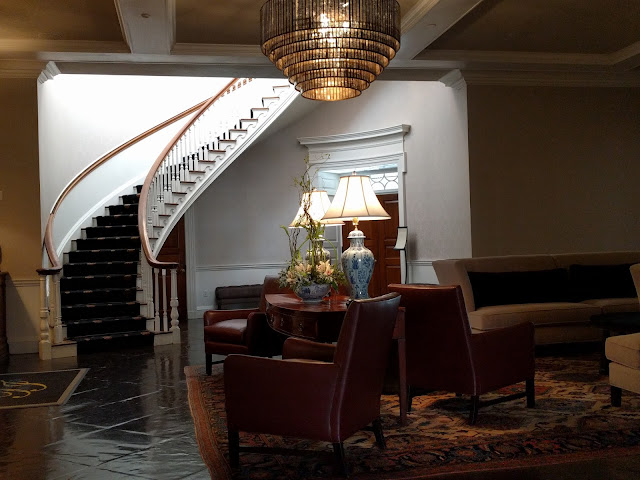 we were both still full from lunch, so I had the Caesar salad and one crab cake and TB had the flat bread with mushrooms, butternut squash and spinach... 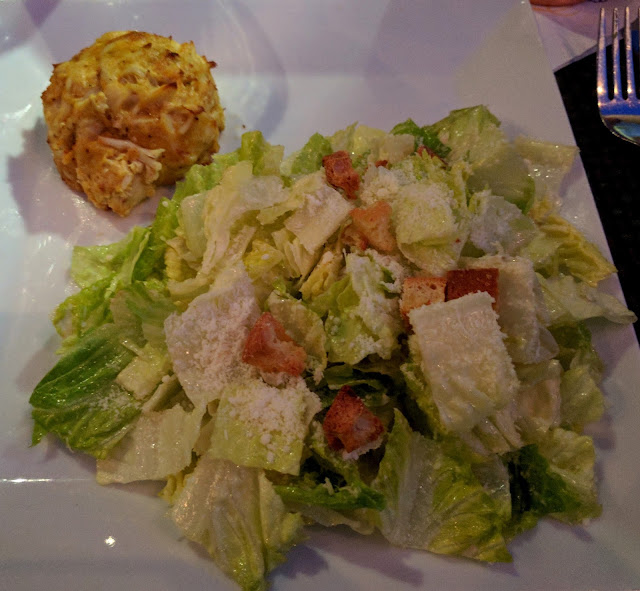 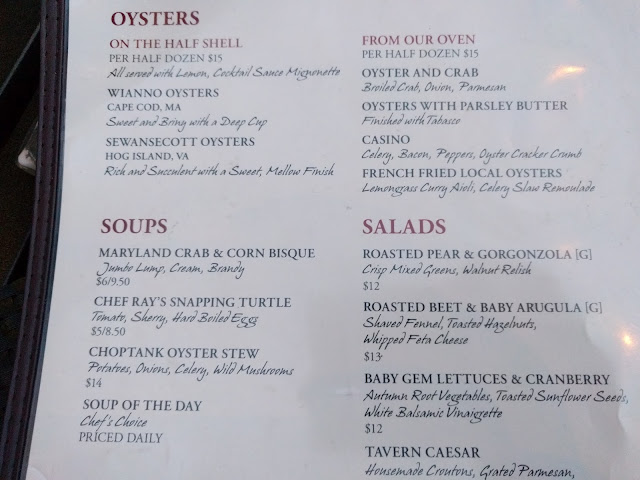 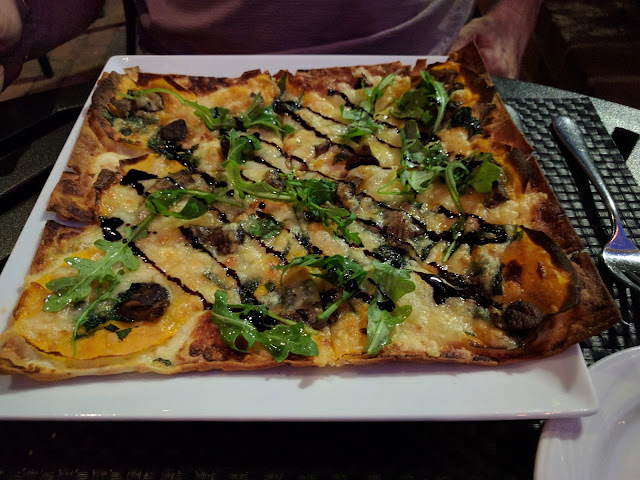 So that was our first day - the next morning we head off to the Chesapeake Bay Maritime Museum (a GEM in the AAA guide) in St Michael's Maryland- but since I have more than 50 photos to post about the museum it will have to go in the next post - so stay tuned for more fun and games in the mid atlantic states...
Posted by TOR at 5:44 PM