holiday time is here again and the neighborhood we drive through on the way to the airport has a fierce competition going for which household can spend the most for their electric bill this month!

we went to visit friends John & Barb tonight and found their place inundated with Santas and elves and all kinds of holiday decorations.  Years ago I did a give away of all my holiday decorations.  I held it at the office in one of our conference rooms- the deal was that anyone could take whatever they wanted and if they felt moved to donate into a basket that would be great! I let them know that whatever was donated I would match and it would go to charity- and we raised more than $500 (my office mates were first rate givers!)

so we no longer have any holiday decorations and Phil & I have long had a tradition of traveling over the holidays and returning on Christmas Day when the flights were virtually empty.  Admittedly we have sometimes had some mediocre hotel based Christmas Day meals (except in Paris where you can eat 24/7/365 at Au Pied de Cochon near Les Halles where you can have oysters and French Onion soup, along with the pig's feet, to celebrate the day!)

so here it is- 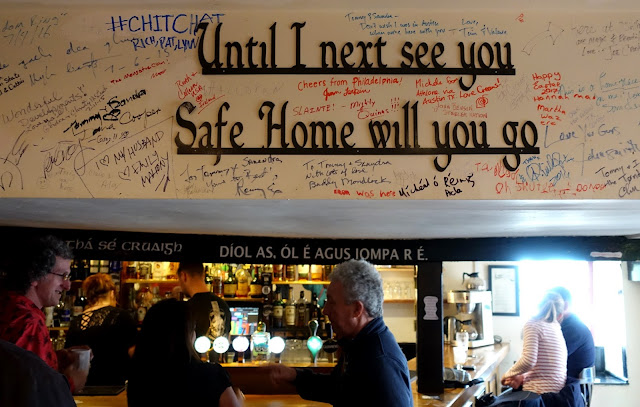 Season’s Greetings! 2017
We hope this holiday letter finds you well!  2016 ended for us with a trip to Cartagena with friends Barb & John for four days which was a “getaway” midweek “long weekend” that we enjoyed very much.  Our 2017 was somewhat different from our usual year of travel and social plans because we spent the bulk of the summer in Chicago with family and friends visiting our new place there.

Victoria did a fair amount of traveling in the spring with trips to Uzbekistan and her annual road trip with friend Tom (this year to Delaware and Maryland.) Phil did his Clearwater Festival in June with son Jeremy. We both got away for an end of June music tour of Western Ireland and a fall trip to Georgia (the country- not the state) more on those later…  but the photos below are from Samarkand, Uzbekistan (1) and Mestia, Svaneti, Georgia (2). 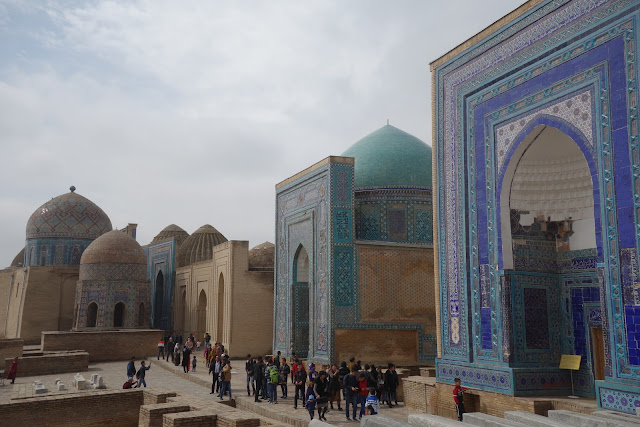 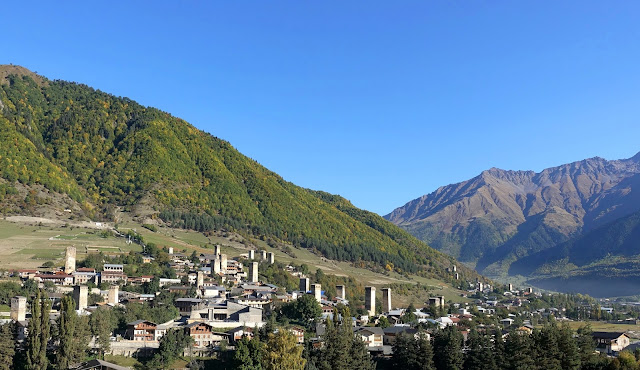 2017 started off with us in residence at our winter home in the Sarasota/Bradenton area for the seventh winter.  We had a number of guests this year, including friends Mike; Jean; Victoria’s cousin, Cathy; and several days with dear friends Poul & Lene, who visited from Denmark.  We also had visits from Neil and from Barry & Ellen.

Victoria took a class on Asian mysteries and Phil was fully into his sessions with his personal trainer Erika.  We went to lectures and concerts (too numerous to recite but all detailed at http://blog.semifreelife.com/ )

We celebrated friend Barbara’s 99th birthday as de-facto family (we call her “Mom”) in early January. Later that month, we made a quick trip to Chicago to have dinner at our favorite ORIOLE, see friends Kevin & Shari, and handle some business.  In February we had a great time visiting Angela & Lee in North Carolina. The highlight of that trip was brunch, with crepes made by Lee and a fabulous chocolate cake Angela made to celebrate my birthday! 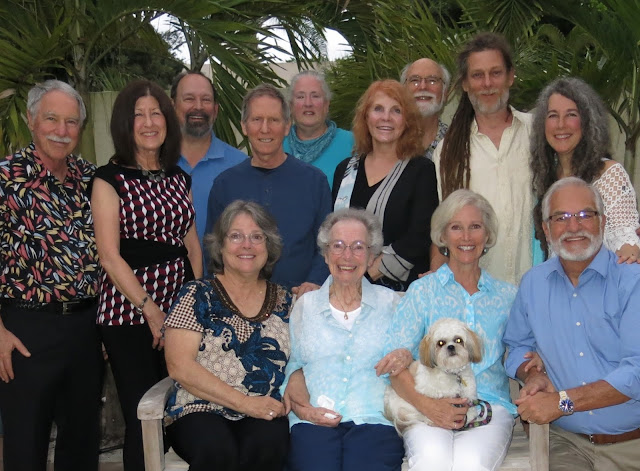 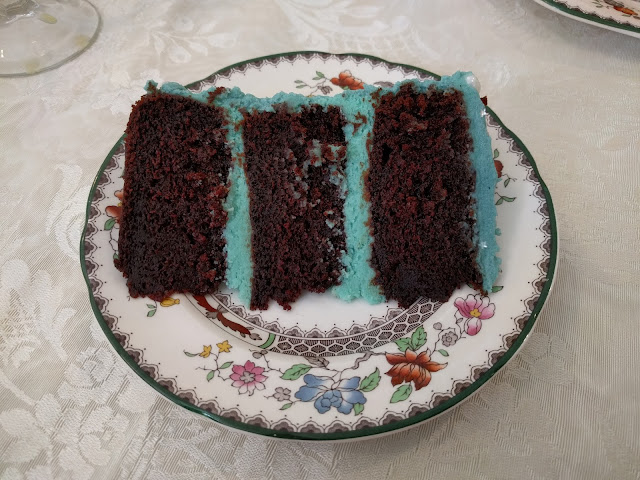 We attended two film festivals – one before the trip to Uzbekistan and one after. We saw some really great films at both the Jewish Film Festival and the Sarasota Film Festival and will return again this coming year.  Our winter was filled with symphony and ballet, in addition to theater and concerts.  As we mentioned in last year’s letter, we do the same things in Florida that we do in Chicago, just in different seasons – so our entire year has included lots of theater- lots of concerts and many, many, amazing meals.  We tried many new restaurants this year, most reviewed on the blog (link above) which includes further details.

Before Victoria’s return to Chicago, she and her road trip buddy Tom, did a DART (Disappearing America Road Trip) to Maryland and Delaware. The highlight of that trip would have to be Antietam (surgeon’s tools below), but Winterthur and the grounds ran a close second. 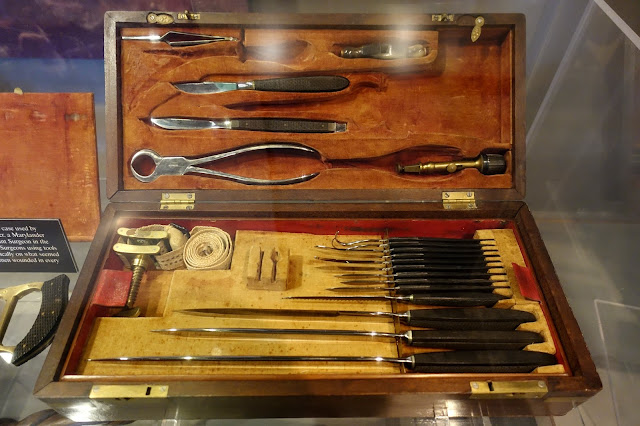 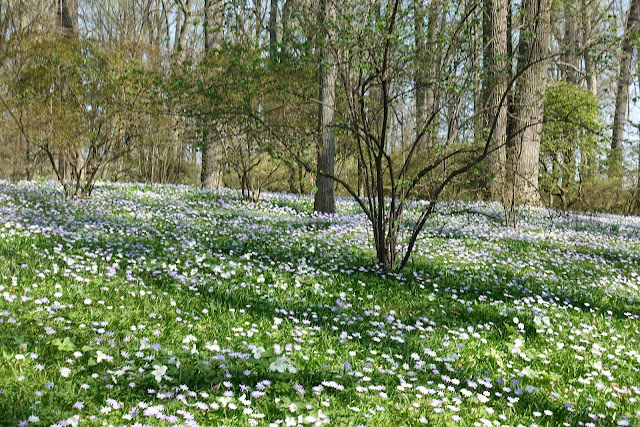 In the midst of returning to Chicago we had our first visitors there when Steve & Suzanne came for several days at the very end of April.  We went to many favorite places for much eating and drinking LOL. May brought a trip to NYC to see son Jeremy, and friends Laure & Arno and daughter, Alix (who would be joined by new baby brother Hugo at the very end of July!) June brought visits from Matt & Ann; and our Cousin Michele; then Phil went to NY for the Clearwater Festival with son Jeremy and our friends Ron & Mary.

Shortly after his return we headed to Ireland for a music tour with johnsmith.  We had mostly good weather and some good meals and music every night (Phil was voted “most enthusiastic audience member” by the trip leaders.  They were pretty sure he knew EVERY song!) 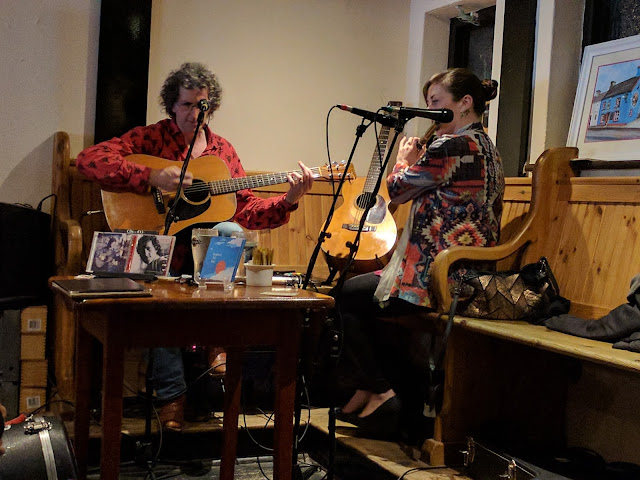 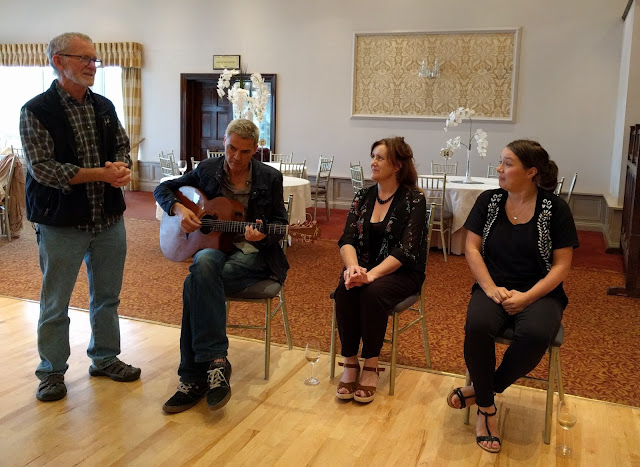 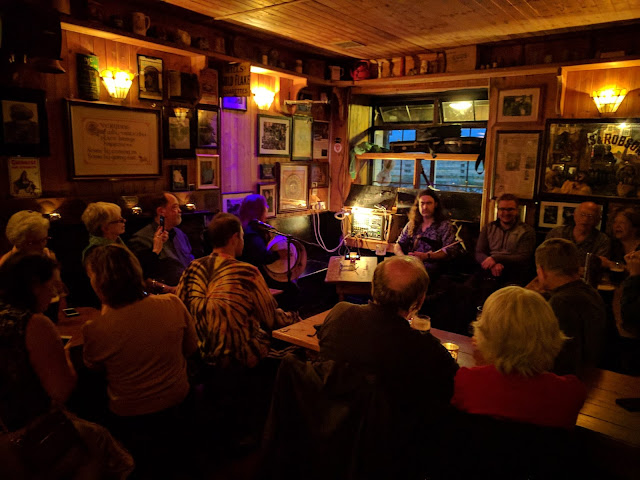 In late July we had a visit from Al & Carol. (Al had lived in Chicago decades ago and was not a fan but we reframed his memories of the winter he spent here.) We had sunny days and plenty of time at or near the Lakefront including the obligatory boat tour from the Chicago Architecture Foundation.  I think Carol was favorably impressed by the city which she had never visited before.

We headed toward center line totality for the solar eclipse in August, stopping in St Louis, on the way to and from our rural Missouri destination, for two dinners with Phil’s mom and other family members, including brothers Larry and Sandy, and nephew Jeff.

The summer flew by and soon we were on pins & needles watching the TV coverage of Hurricane Irma (heading right for our town!) We “dodged a bullet” when the path turned after hitting Naples and went inland instead of directly up the coast as predicted.  We had only a small amount of damage to our screening over the courtyard but there was a lot of downed vegetation and landscaping. Despite the “miss,” our condo complex had $25K in cleanup and repair costs.  And unfortunately, brother Larry had to cancel a trip to visit in Chicago, when flights were canceled and after he evacuated to Orlando from Miami.

Also in September, we went to Portland, OR to visit with now “empty nesters” Steve & Suzanne for a long weekend of wine tasting and tasting menus!  Cousin Michele drove down from Seattle to join us.  We had a great time and the four days flew by with stops at ten wineries and numerous fab restaurants.

Then in October, we were off for our big journey for the year- the republic of Georgia!  It was to be an epicurean tour, focusing on the food and wine of Georgia. It was epic for sure.  They started pouring wines around ten each morning and each day had two three hour multi-course meals.  There wasn’t a spit bucket in the whole country.  When we finally made it to our hotel rooms, (generally 9-12 o’clock each night) we were exhausted LOL.  The original fifteen members dwindled over time as broken bones took a toll on the group (along with no spit buckets, there are also no handrails in the country.) 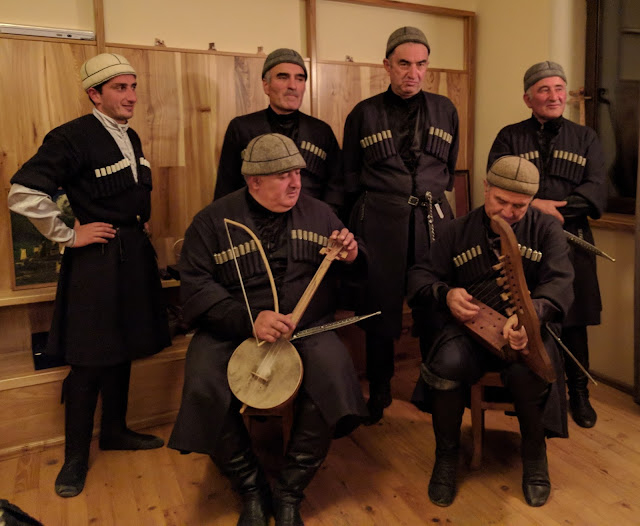 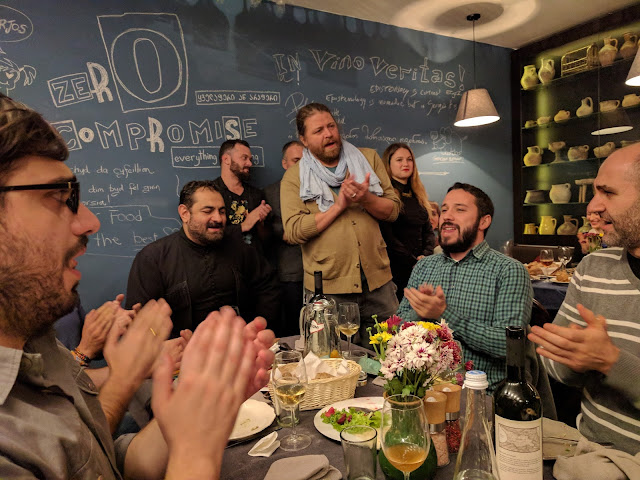 We survived, but I doubt we will be returning to Georgia any time soon.  The infrastructure is not ready for western touring.  We had some nice hotels, but the roads were terrible and the time between destinations lengthy and arduous.  This was despite the whole country being roughly the size of North Carolina.  We were so over filled with food and drink that when we got home we had to cancel our first dinner plans, as we just couldn’t face any more drinking or eating. LOL Yes, we know that sounds impossible!


The remainder of October was spent dining with friends and doing our usual rounds of favorite restaurants before we leave town.  Victoria went south to open up the condo and clean up the courtyard and porch after Irma.  Luckily everything is stored in the garage except the umbrella base and larger outdoor tables, so we weren’t worried about damage, just a lot of cleaning to be done.  She and Lucy (cat) arrived the first Sunday in November followed by Phil two days later.  So we were all settled in by the third week of November.  Brother Larry came up from Miami for Thanksgiving weekend and we are headed there for Christmas weekend. 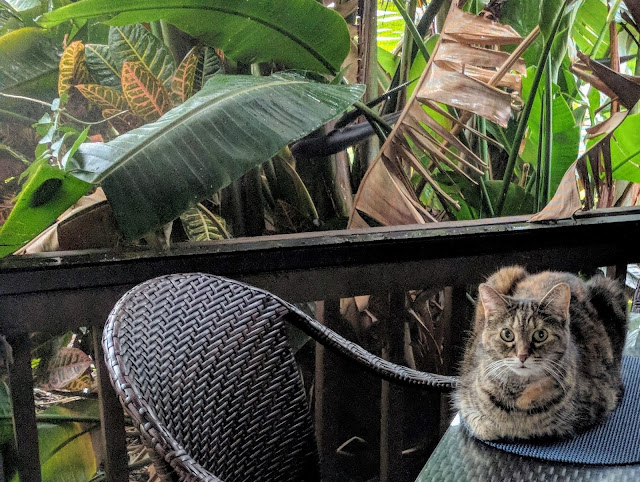 Right now our travel plans for the upcoming year are somewhat unsettled.  Angela & Lee have a wedding coming up in June with the ceremony in NYC in early June, and a reception in North Carolina in late June.  We have confirmed plans for an Africa trip to see the Great Migration in the first half of August.

Sometime in the Fall we are off to Jutland in Denmark, to visit our friend Aase on the 40th anniversary of Phil and Aase meeting.  And since Angela & Lee are moving to London, we will undoubtedly combine the trips and hopefully wrap in a visit with Cousin Iddo and his partner Nicola (who live in Exeter in England.) If we get really lucky, maybe friend Irina will be visiting her daughter and grandchildren in Warwick at the same time.  Now there’s a plan for an EPIC trip in October 2018!!!

We hope this finds you and your families happy and healthy.  As the year closes, we still count our blessings. We send to each of you our very best wishes for health, wealth, happiness, peace, prosperity, abundance, and good luck in 2018!

PS Please note we both have moved our email addresses to gmail accounts so we now can be reached at: 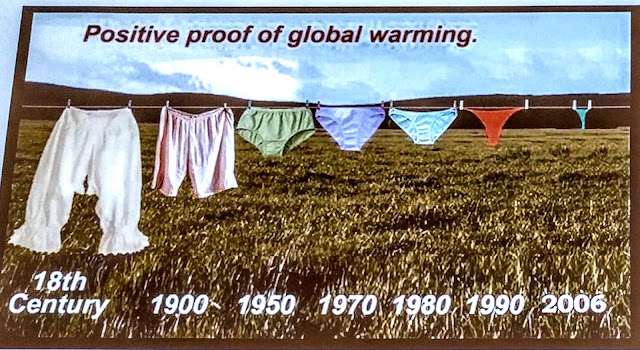 From a climate change lecture we attended this year J

So there it is- the holiday letter for 2017... December is fairly busy already so I am happy to have this part handled in plenty of time..LOL (even though it seems from the decorating we have seen, we are behind the curve...) But stay tuned for more...
Posted by TOR at 9:49 PM