and - another dinner with friends

Last night friends came up from Venice to see a movie and then come by our neighborhood for dinner.  They are big travelers and so we suggested the (new to us) Peruvian place El Warike.  We brought a Jose Dhont Champagne and a 2005 St Aubin En Frionnes from Lamy both showed well...sorry fell down on the job with the wine photos... 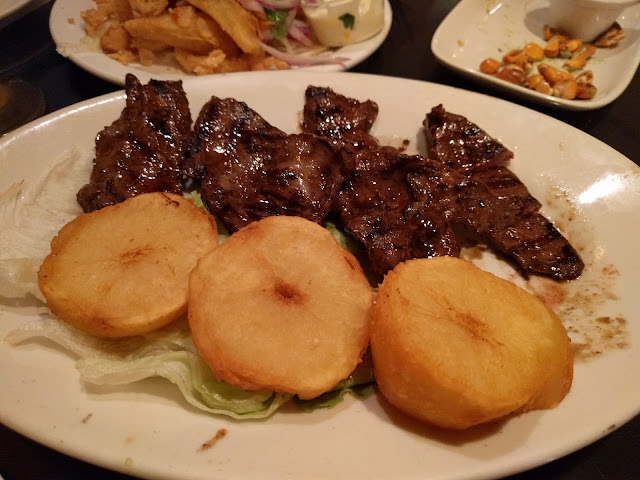 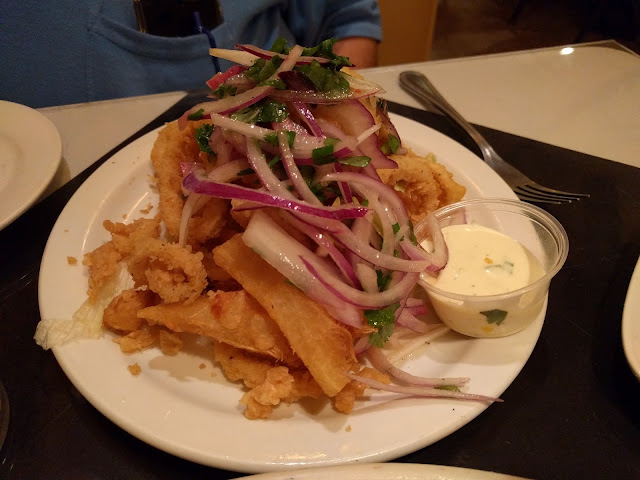 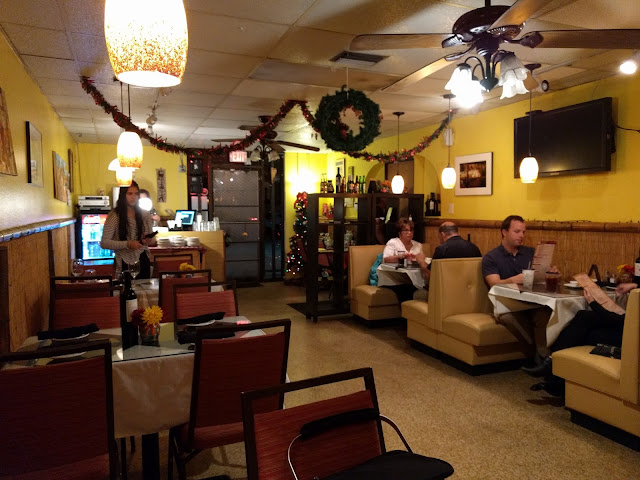 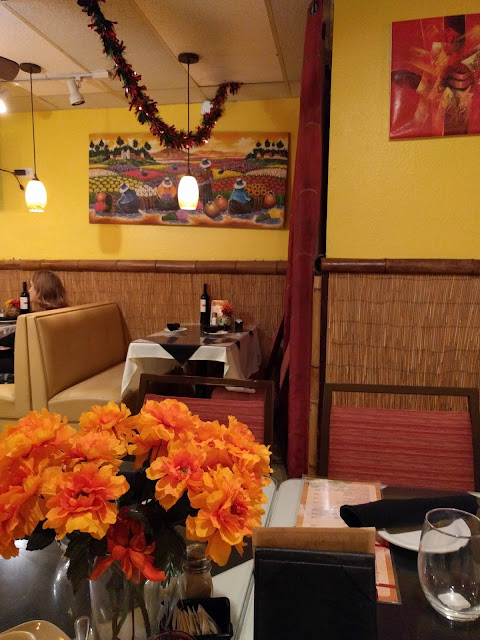 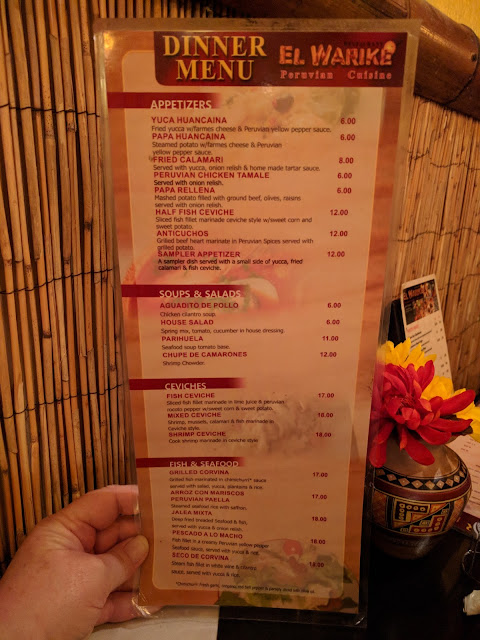 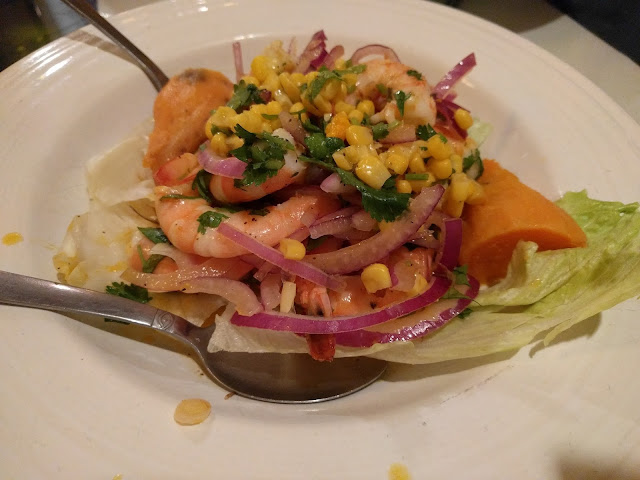 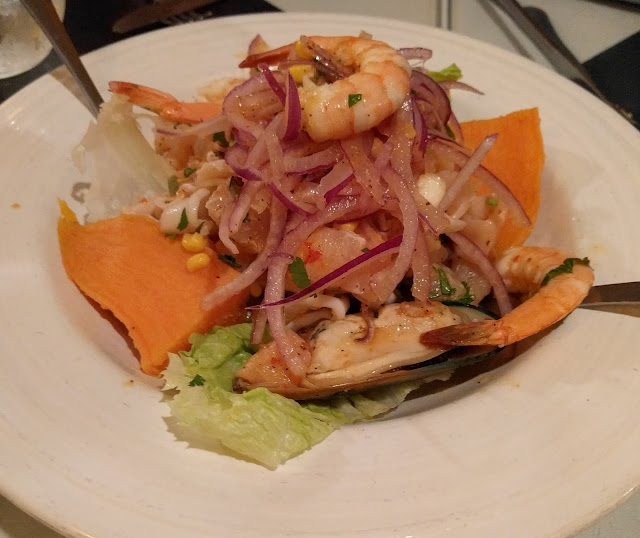 Gene and I chose the Corvino with crab sauce- very good! Phil had the paella and MA had the lomo saltado (meat fab but fries just ordinary) 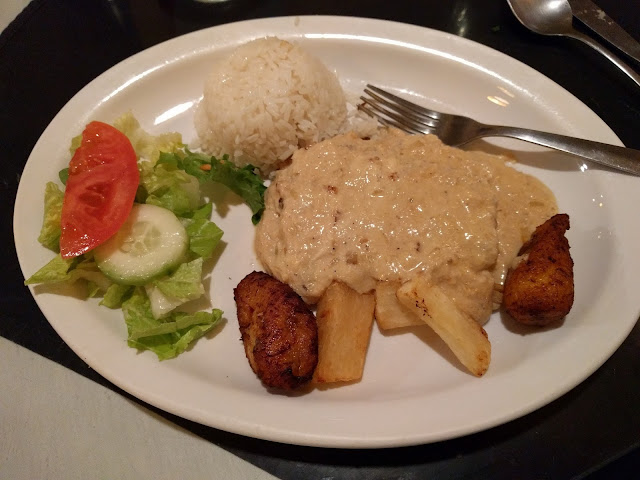 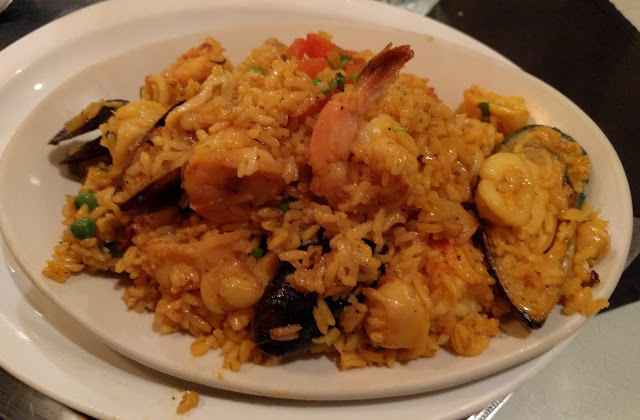 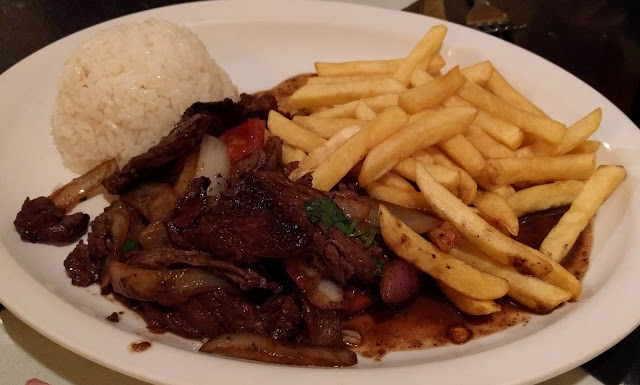 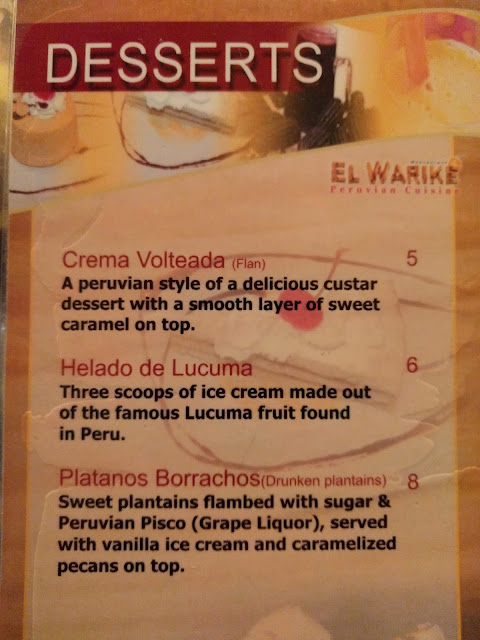 there was one dessert special (which had Lucuma and something else served in a glass) that was my favorite of the four but Phil liked the platanos the best and the crema volteada was flan like without being pedestrian. They brought a Pedro Ximenez for the dessert course which we liked better than they did  LOL- 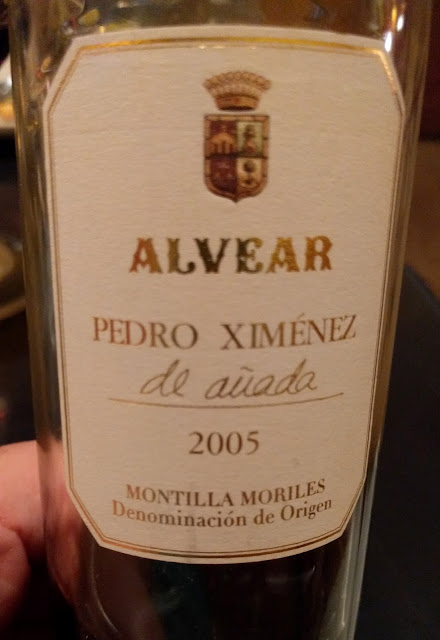 LOL I know you will be surprised to hear we closed the place down and Chef Jorge was happy to lock the door as he left with us - what a friendly place- really worth a try. We were already making plans to return with Mike when he visits in early January.  We are fast approaching the final 2017 countdown less than 48 hours and it will be 2018- with more fun and games planned for next year! #lifeisgood
Posted by TOR at 1:06 PM