an italian in the kitchen

We tried a new place tonight and found much to like.  Last week we went out on one of those last minute grab a bite kind of meals to a local Thai place (which we would give mixed reviews even though it is highly rated by locals) and when we left we saw a new place a few doors down. The name of this place is Eat Organico Ristorante Italiano.

Barb & John had been to eat there and gave us the recommendation so we tried it tonight and as I said we found a lot of things to like about it.  There is a real Italian in the kitchen! The menu has items not generally found in our local Italian (really Italian-American) places and because it focuses on seafood, there are some terrific choices one doesn't usually see when dining in these parts.

We started with two wonderful dishes from the crudo section of the menu- the white anchovies and the snapper.  Both were very nicely prepared with a good balance of flavors. The winner- well they were both winners! If you aren't' fond of anchovies, then order the snapper - served on a salt block with olive oil and creme fraiche, this one is worth returning for tomorrow it was so good! 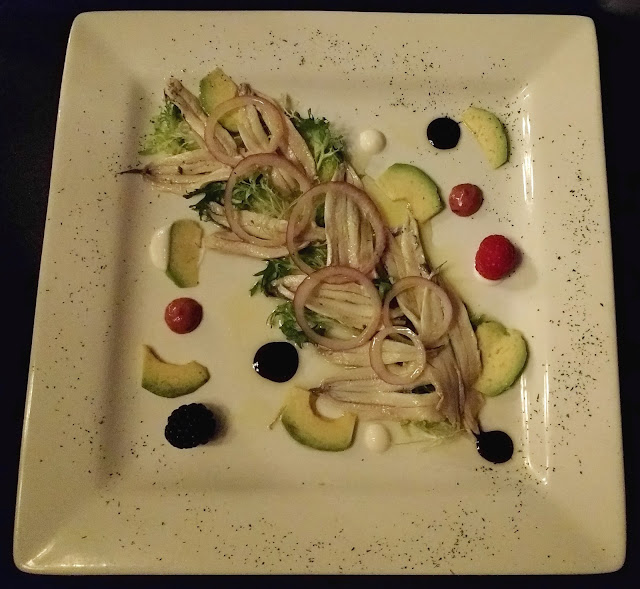 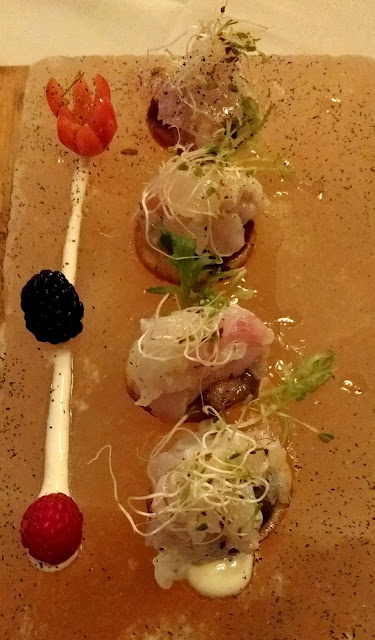 the interior is well lit and freshly decorated with a growing wall of herbs and white tablecloths... 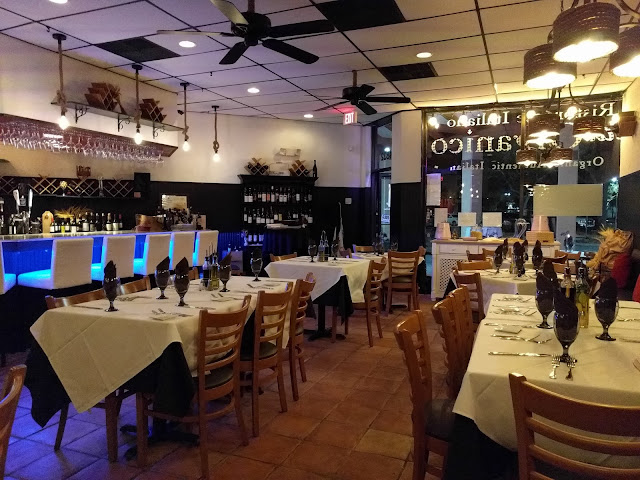 There were several specials, as well as, the very nice regular menu- we have plenty to try the next few times we go - 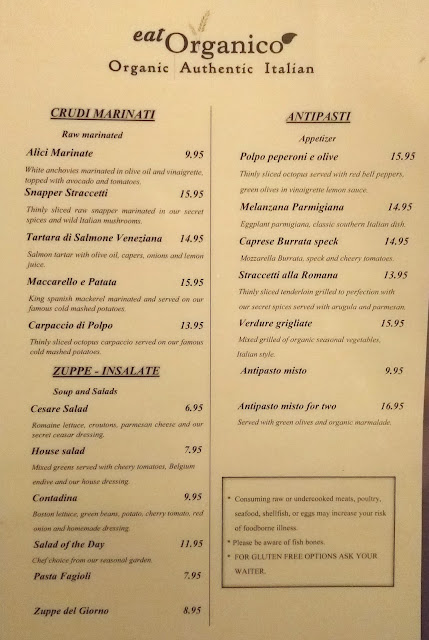 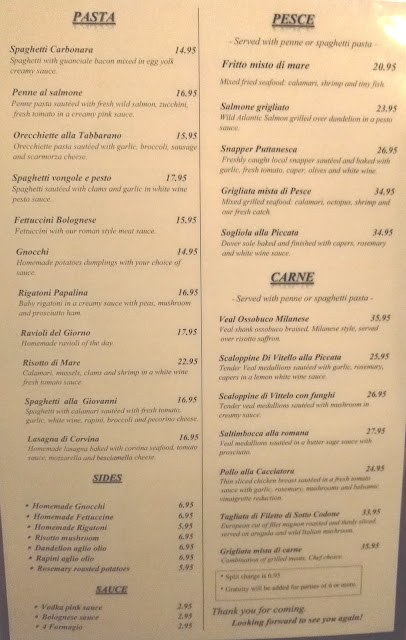 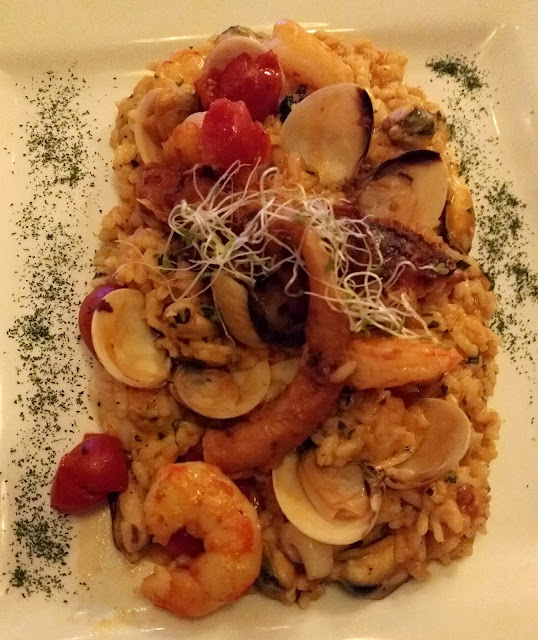 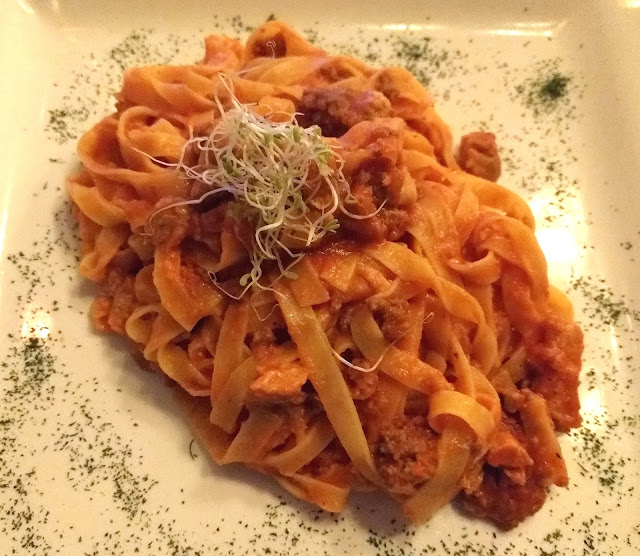 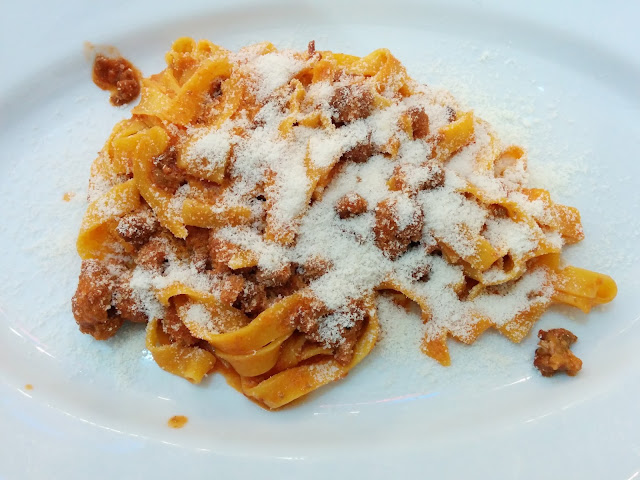 We had enough to take home for lunch but also that gave us room to test the gelati - espresso for me and chocolate for Phil. 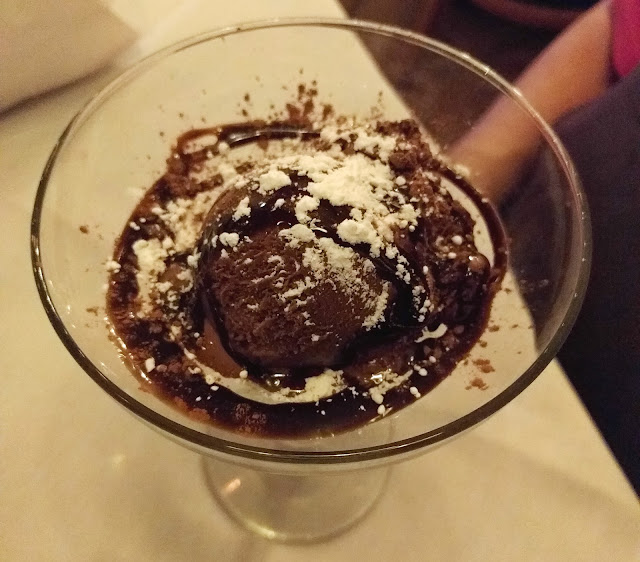 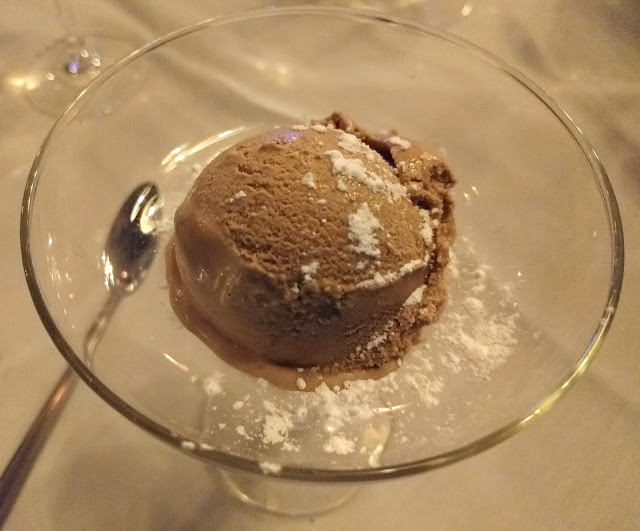 all in all, a truly worthy meal.  We are looking forward to trying the salmon tartare and carpaccio di polpo along with some of the salad choices - the burrata and speck sounds great to me! Lots more to check out in the next visits!

But two thumbs up from the two of us! We can give this one a recommendation for sure!
Posted by TOR at 10:17 PM