It was truly ridiculous - we had a 6:15 pre theater reservation. We check in at 6:12 and then while waiting saw one of the hostesses take three other groups of two, who just arrived, to tables while we are standing there.  At 6:20 we went back to the desk and asked why we hadn't been seated while others had despite our reservations? they were SO SORRY (not really) they had just overlooked the fact that we were still waiting.  Then they tried to seat us at a crappy table by a wall with no window (the place is pretty much all glass) which we refused.

They seated us at another table and at almost 6:40 we asked would someone be announcing themselves as our server? Oh, same woman from the front desk says, I'll get the manager.  I reply we don't need a manager we need a server to order some food. Then the manager comes SORRY SORRY SORRY (reasons and excuses -which by the way changed each time we had another issue)

Manager takes the order and later a woman announces herself as the server (I WAS SLAMMED WITH FIVE TABLES AT ONCE- sure) the entire order was already in and then they brought us the conserve (since it was in a can there was no prep involved) and the tuna tartare we had ordered for appetizers.  thinking we were back on track as all our orders were in and we had appetizers at 6:50 - all good - right? NO - before we knew it - it was 7:20 and we had been there more than an hour and still didn't have mains despite telling them we had theater to go to.... 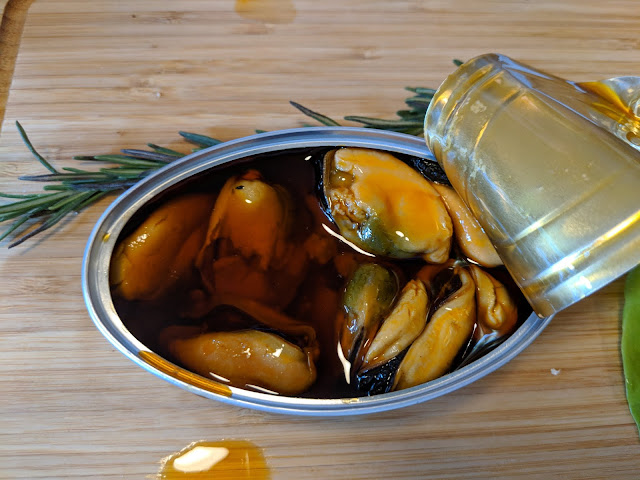 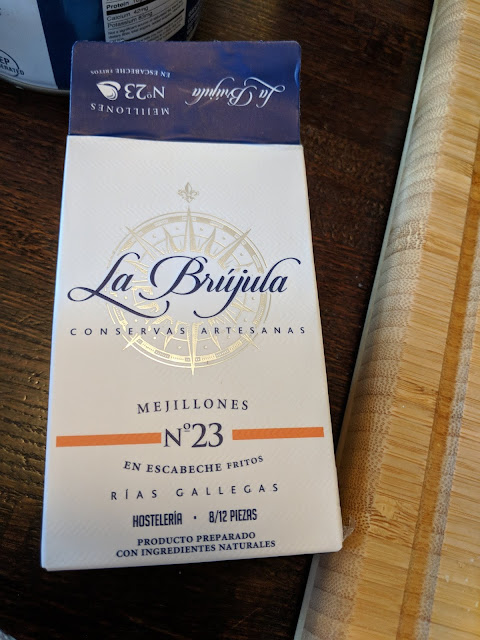 MORE REASONS AND EXCUSES (I'll comp the appetizers the Manager says - no thanks we say we aren't looking for free food we just want to eat in a timely manner) finally at 7:28 food arrives and my crab cakes are room temperature - NO MORE - clearly having sat back in the kitchen for god knows how long - long enough to reach room temperature.  Phil's jambalaya is hot and he tells me it's excellent.

I pick at the cold crab cakes and we ask immediately for the check - the server comes out with the check and it is $0 - apologizes AGAIN and takes my plate back to the kitchen- Manager comes out and now tells us another story about no cook tonight - family emergency (we have no been here 90 minutes and this is the first we have heard this one... he brings another crab cake order freshly made up (no doubt someone else's) which we do not have time to eat.  The server who really did seem to be troubled by our experience brought us a slice of key lime pie to go.  All along,  three tables around us also having issues getting *orders placed, *food served and *checks delivered are by then commiserating about how awful the service is.

The Manager keeps saying THIS IS NOT WHO WE ARE but clearly based on results it IS WHO YOU ARE....  We exit having had a free dinner but I didn't eat my main since it sat in the kitchen long enough to come out cold (who knows what might be growing on seafood at that point...)

And we agreed we would never be going back there - seriously I can not remember worse service (maybe we have had it but I surely can't remember anything this bad) So after lovely meals at AVEC on Tuesday and Publican on Wednesday this is the tale of woe we had for Thursday night.

AND HERE IS THE KICKER- we went to the theater and the fascist at the door tells me you can't bring food into the theater- even though it wasn't left overs and wasn't even warm so it didn't smell at all.  So the key lime slice went into the garbage can outside Theater Three. 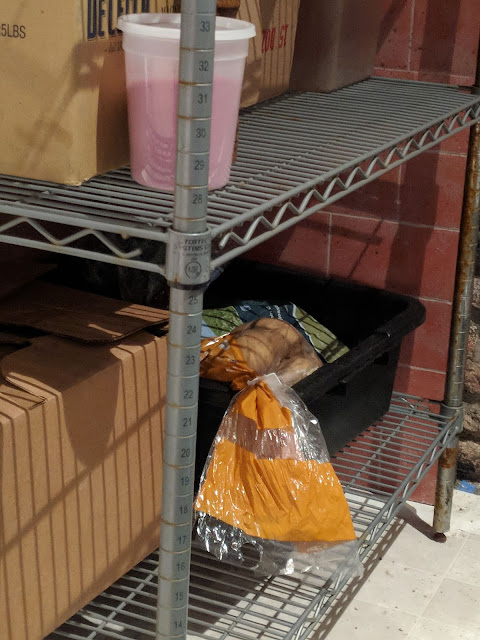 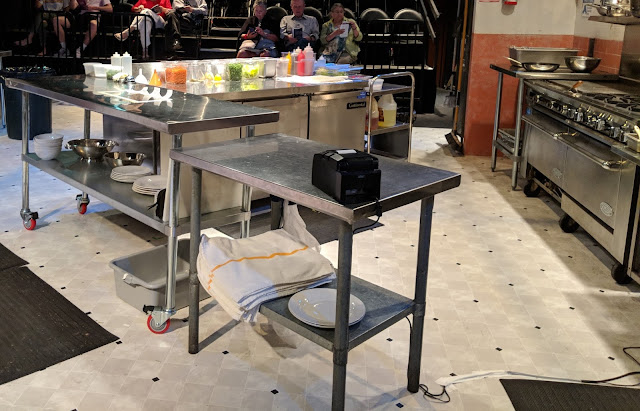 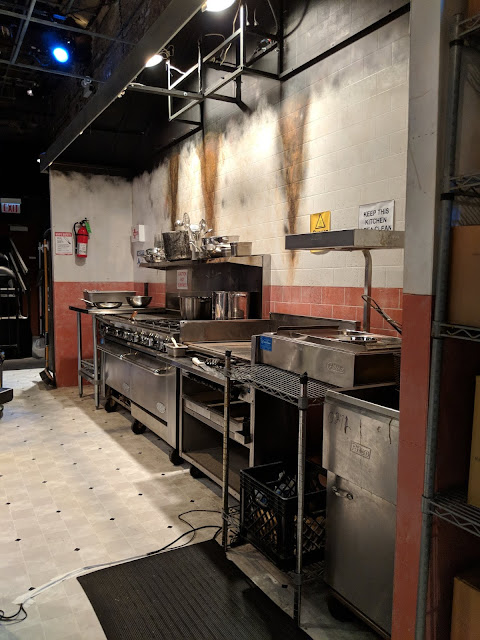 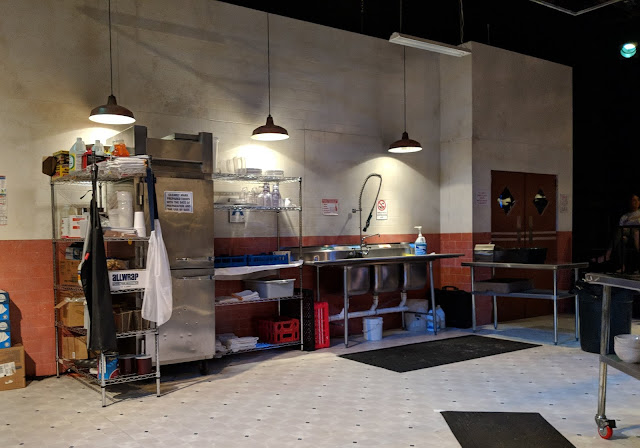 so you can see why we were not allowed to bring in our plastic bag with the key lime pie slice in the plastic container within the plastic bag - sure lady - I get it attracts rats or something to sit it under my seat for 90 minutes or so...  we laughed at how ludicrous the whole evening had been thus far...

BUT for those who can move on - and we had moved on at this point - our evening was about to turn into a highly dramatic story not really of cooking and kitchen life nor food but of the drama of civil war, genocide, immigration, ICE, green cards, substance abuse problems in the high stress world of being a chef.... a terrific play on so many levels! 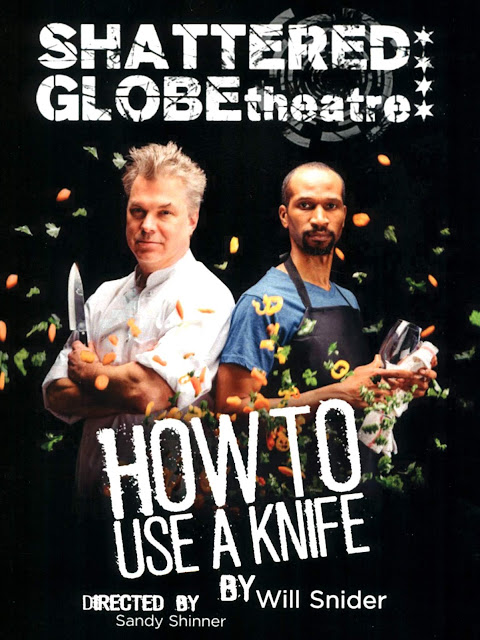 In the chaotic kitchen of a Wall Street restaurant, Chef George is trying to stay sober and keep the trash talking cross-cultural kitchen staff churning out orders on time. While managing two Guatemalan line cooks, a pot smoking white busboy and dealing with a jerk of a boss, George strikes up a surprising friendship with a reserved Ugandan dishwasher. Raw, fast paced and suspenseful, HOW TO USE A KNIFE boils over when personal and moral issues from their pasts are exposed. This high energy drama is fresh off a rolling world premiere shared by four theaters in the National New Play Network. (blurb from Theater in Chicago) 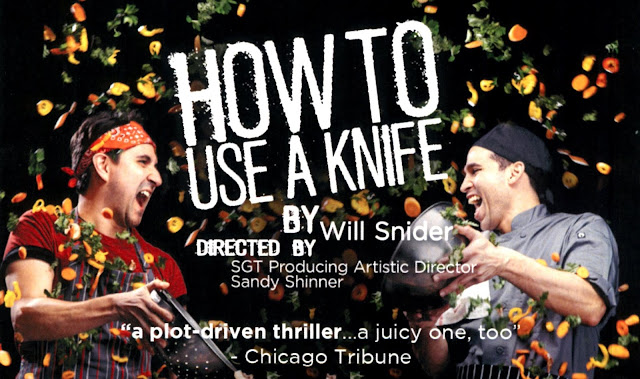 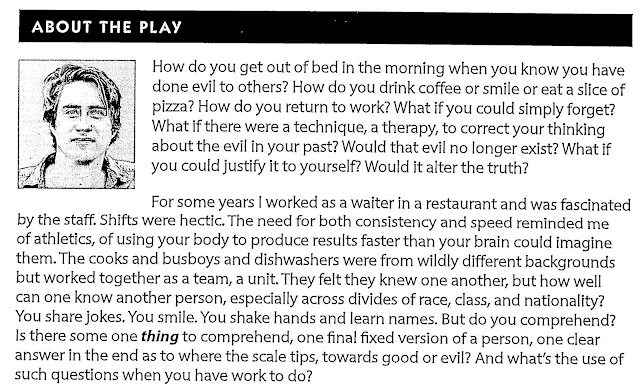 All terrific performances but these two leads were total standouts! 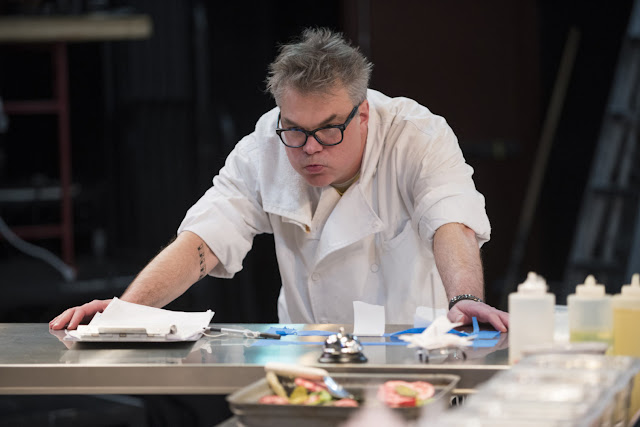 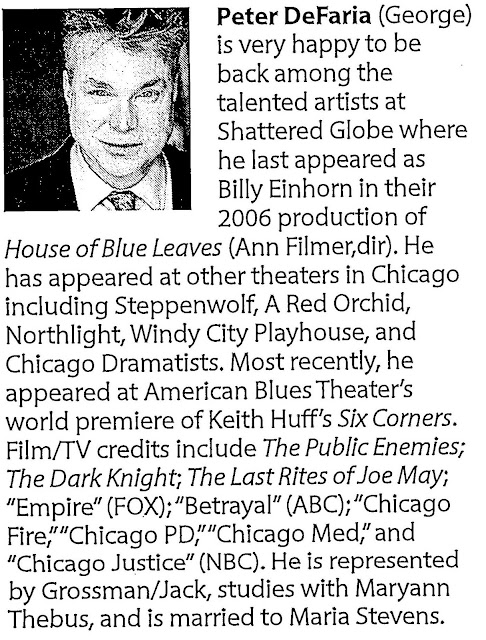 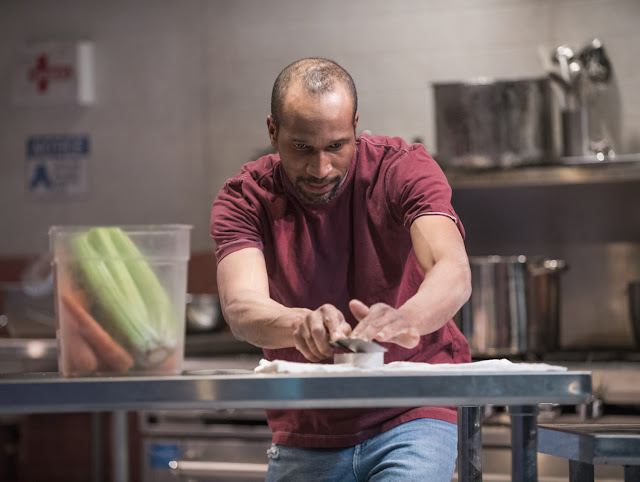 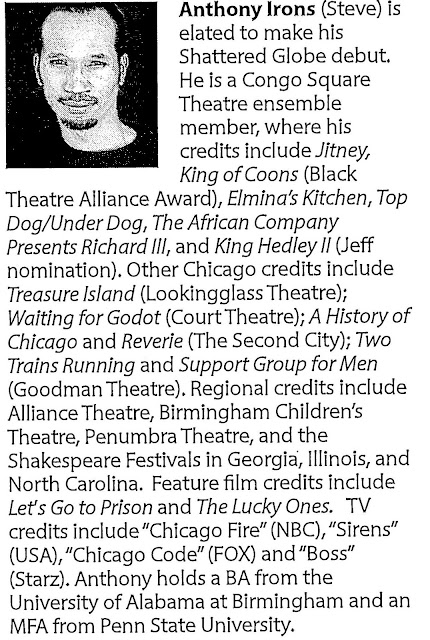 From the Chicago Reader;
Will Snider's 2016 play is an intriguing, thought-provoking study of the unlikely friendship that develops between two men working in a restaurant in Lower Manhattan's financial district. George, the eatery's new executive chef, is a foul-mouthed, middle-aged, white guy with anger and guilt issues: he's a recovering alcoholic and drug addict trying to get his life and career back on track. Steve, the dishwasher, is a quiet black man from East Africa who keeps to himself, focuses on his job, and speaks no English—or so it appears at first. As the pair forge a camaraderie amid the chaos of the kitchen, we learn they share a common skill: expertise with a bare blade. George was a skilled food preparer before substance abuse took its toll, and Steve was a soldier in the Rwandan civil war of the 1990s. Eventually, it turns out that Steve may also be a hunted war criminal.

Developed through the National New Play Network, How to Use a Knife is receiving its Chicago premiere from Shattered Globe Theatre under the direction of Sandy Shinner, whose well-acted staging benefits from the realistic kitchen set designed by Jeff Bauer. Peter DeFaria and Anthony Irons are excellent as George and Steve; so are Victor Maraña and Dennis García as the antic line cooks, Dillon Kelleher as the harried busboy, Brad Woodard as the obnoxious restaurant owner, and Michelle Bester as the immigration official prying into Steve's past. 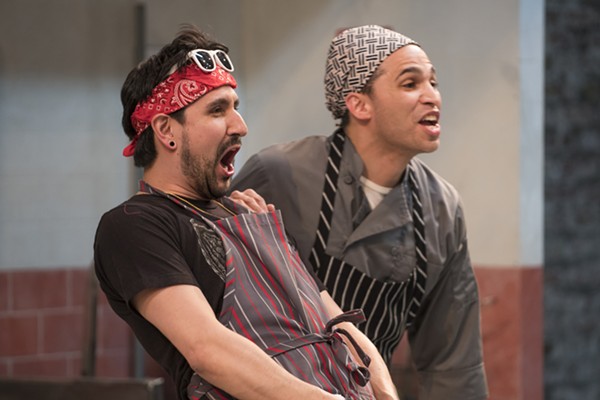 the line cooks Carlos and Miguel

This one is completely worth checking out- but whatever you do don't go across the street to Fahlstrom's for dinner... forewarned is forearmed.... up next on our dining agenda Bien Me Sabe tonight with Angela and then an underground pop dinner at a place called 2C Chicago on Sunday with Jenny and Beth and maybe Chris.... and well believe it or not the wedding month is fast approaching so much going on after we head to NYC a week from Tuesday!
Posted by TOR at 4:17 PM

Email ThisBlogThis!Share to TwitterShare to FacebookShare to Pinterest
Labels: #chicagotheater, #theaterwit, fahlstroms, great theater, horrid service, how to use a knife, shattered globe