Last night we joined friends for a Bastille Day dinner at their home on Lakeshore Drive (overlooks fireworks for the big day) along with an intimate group of a mere 32 diners LOL- far more ambitious than I would ever be but we couldn't even dream of doing sit down dinner for more than half that number. LOL - a factor in downsized living arrangements. These friends had two kids at home as recently as six weeks ago so their digs are much more spacious than most city dwellers. And magnificent! I might add.

Here's an odd coincidence - I just finished reading two mildly interesting "mystery" books set in the same apartment from the Belle Epoque in Paris.  Apparently the books were inspired by a true life story of an apartment of a courtesan from that era which was uncovered untouched in 2010.

a place with the story in a blog post-
https://roadtrippers.com/stories/this-lavish-paris-apartment-was-discovered-untouched-for-70-years

As a young woman in the 1930s, Marthe de Florian lived in a flat near Paris' Trinité church, a sweet spot right between the city's Pigalle red light district and the Opera. When World War II began to roil, she fled the house for Southern France, and in the decades that passed, she never returned. When de Florian died at the age of 91 in 2010, professionals tallying up her belongings discovered her city house, now a dust-shrouded time capsule of the year she left. According to the Telegraph, those who saw it for the first time said it was like "stumbling into the castle of Sleeping Beauty, where time had stood still." Inside, they found antique furniture, a taxidermied ostrich, an old stuffed Mickey Mouse, a wood stove, and a stone sink.

One of the people who unlocked the house in 2010, Olivier Choppin-Janvry, spotted a tableau of a woman in pink and "his heart missed a beat." The painting turned out to be an original by Italian portrait painter Giovanni Boldini, who found a muse in Marthe de Florian, an actress and the grandmother of the recently deceased Mrs. de Florian. The painting sold for $2.746M at auction.

now this might seem like a strange intro to a dinner party but I was enchanted by our friends' apartment (which we had not visited) immediately upon entering, because it is decorated in a Parisian style from the Beaux Arts period (so a bit later than Belle Epoque- but still a wonderful surprise) 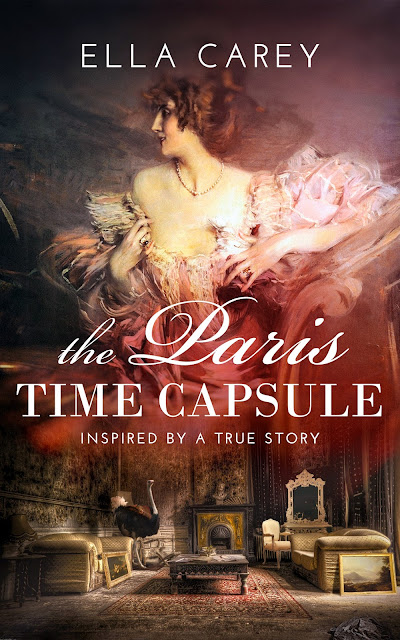 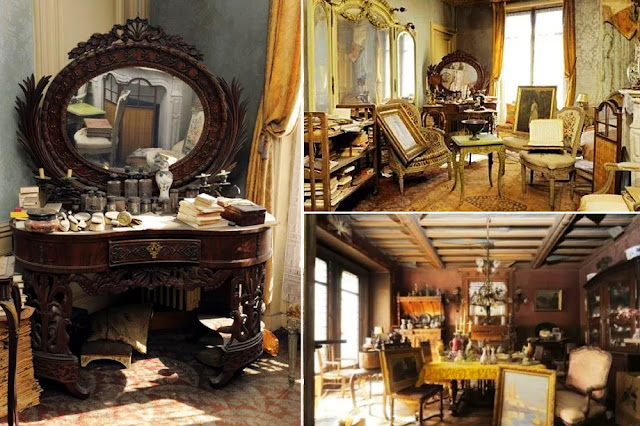 The party was an overwhelming success - all guests brought wine to share with their tables and the hosts had Chef Didier to prepare the terrific meal and we all had such a wonderful evening.

the place settings from three of the four round 8 top tables - two in the living room area and two in what they call the aquariroom (murals of fish and sea creatures)  which is the kids play station TV room. 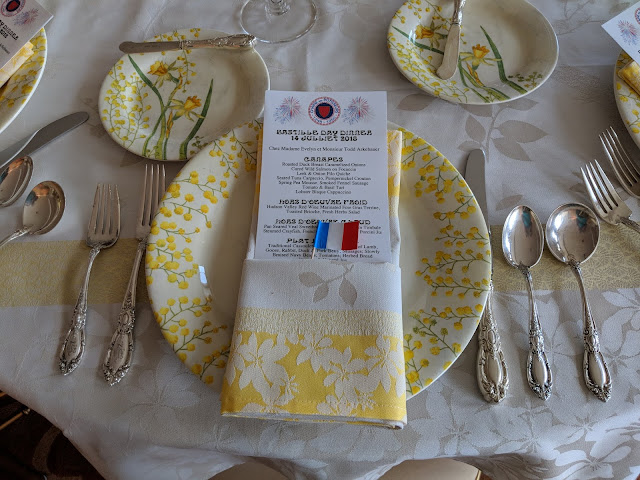 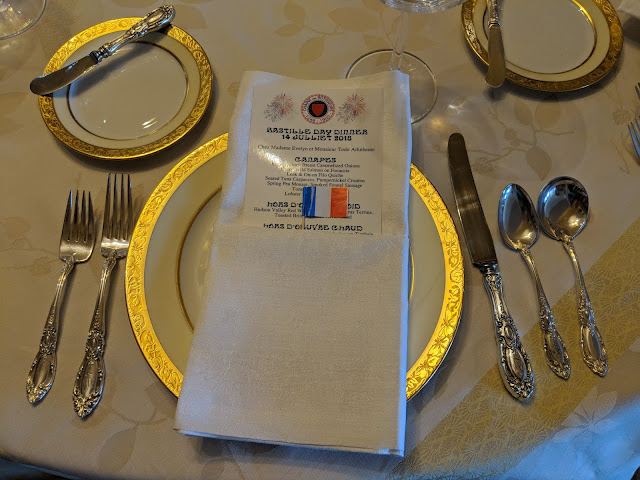 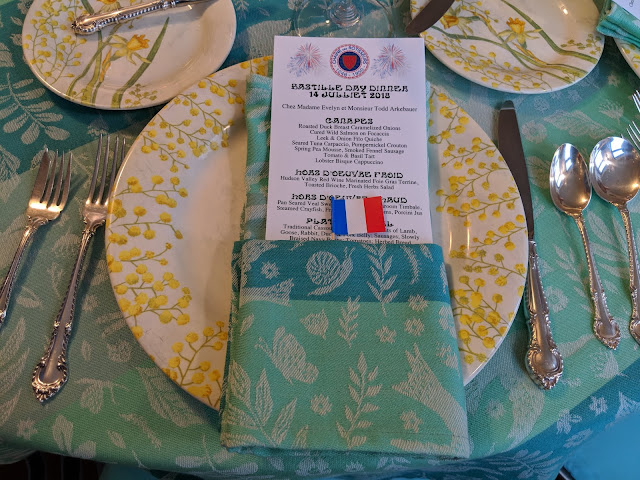 here is a cut and paste from last October  a post I did after we returned from Georgia and were catching up with lots of friends LOL
"Then we had the following schedule for the week post trip-Somerset with Todd & Evelyn on Tuesday - Kiki's Bistro with Shari & Kevin on Wednesday and on Thursday Phil went with Zack to watch the Cubs playoff game 5 for the pennant (which they lost) Friday night we had dinner at mfk. with John & Stephanie...."

so you can see why we were so thrilled with our table assignment! LOL 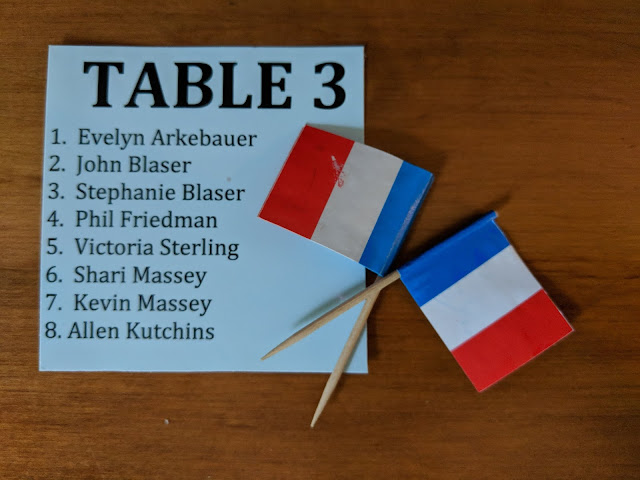 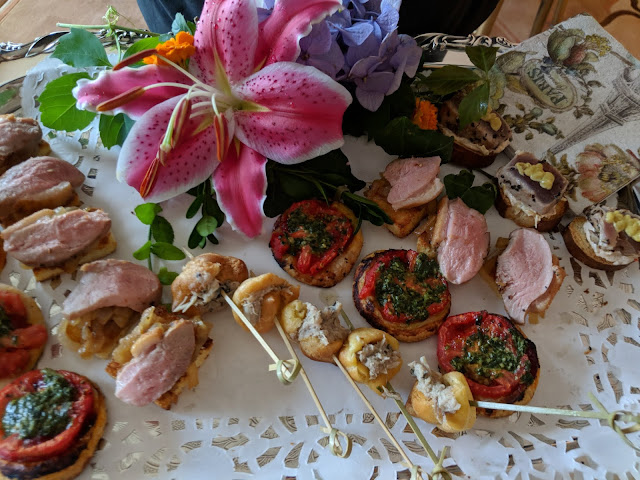 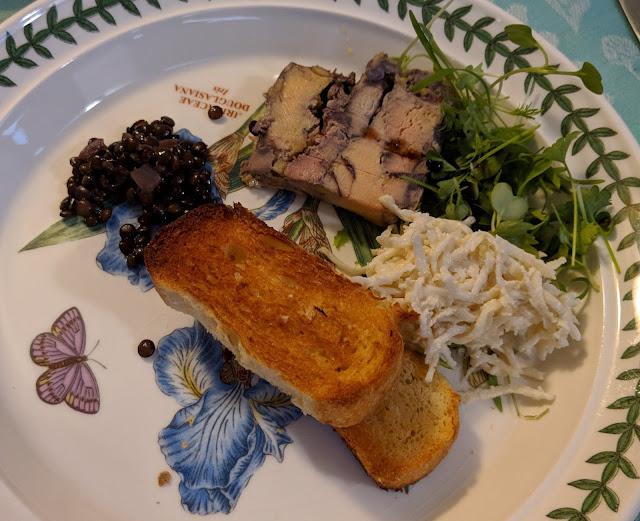 John and Stephanie brought the 95 d' Yquem to share for this course! and it was a totally fab vintage (we have nothing later than 1990 and said to ourselves maybe we should think about buying some later vintages in smaller quantities to cover the Sauternes needs of the future wine consumption. 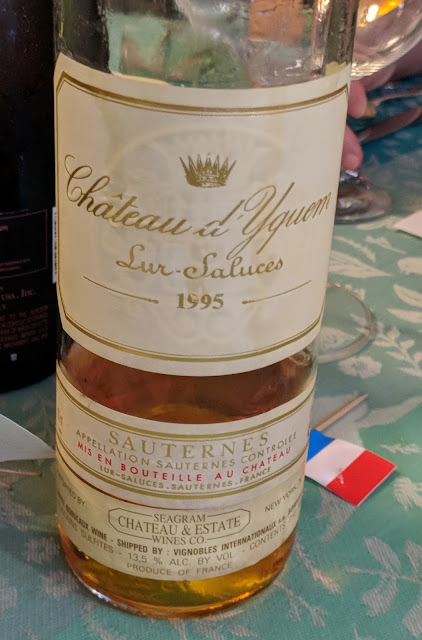 as we went into heartier courses we had two reds from us (the La Tour was horribly tannic to me but the Pommard Rugiens was fabulous!) and a lovely white 2009 Chassagne Montrachet that Kevin  and Shari brought. 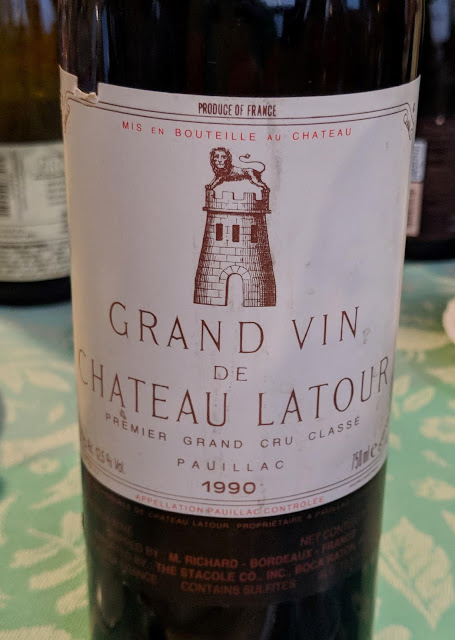 sweetbreads were good but the mushrooms were to die for - yum yum! 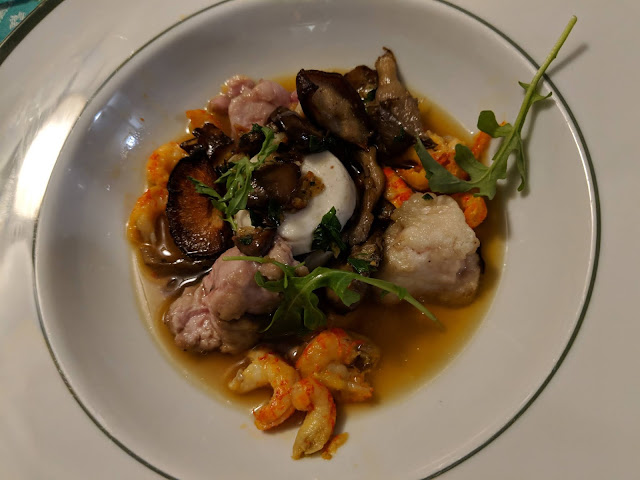 cassoulet was an excellent match with the White burg 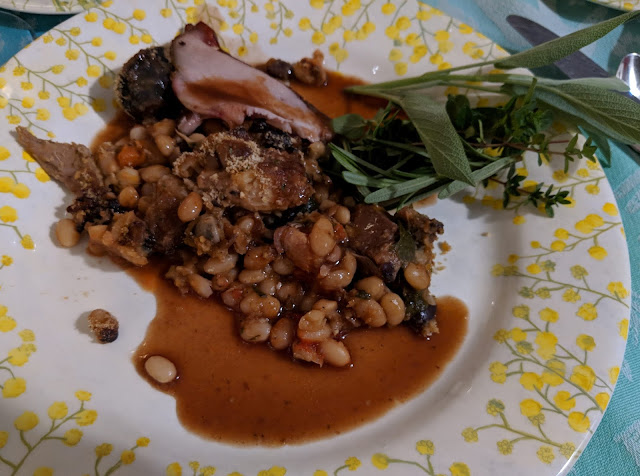 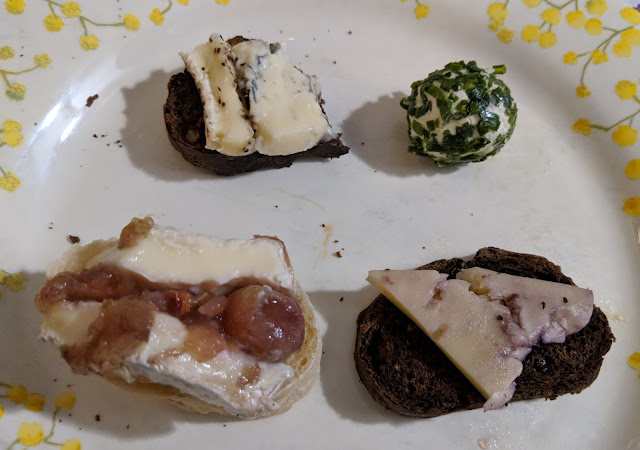 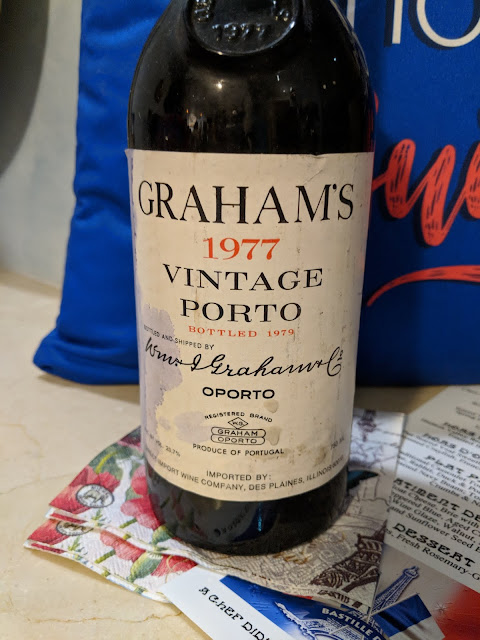 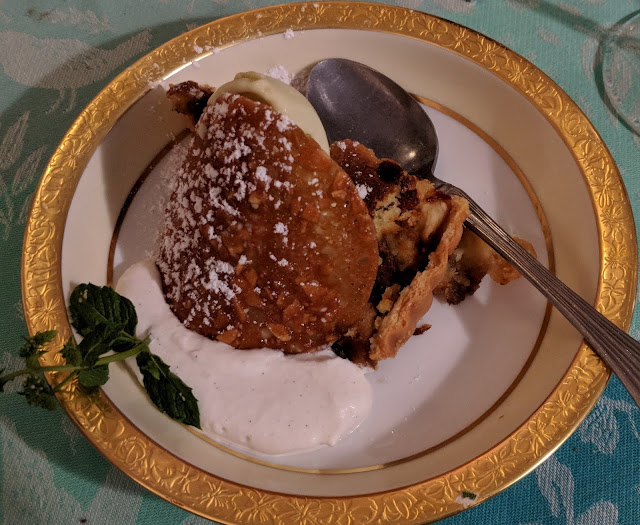 the rec room gang of Table 3 and 4 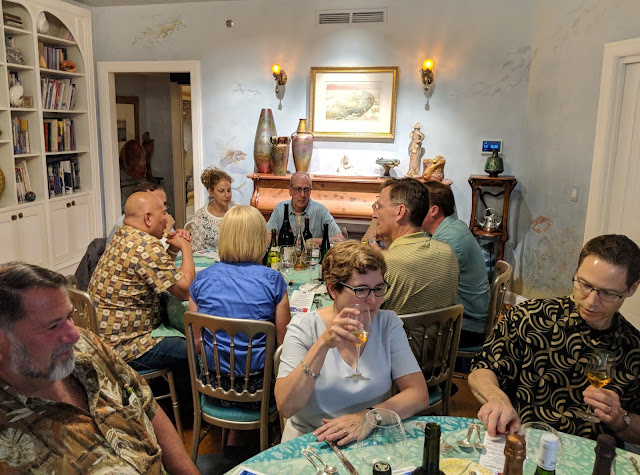 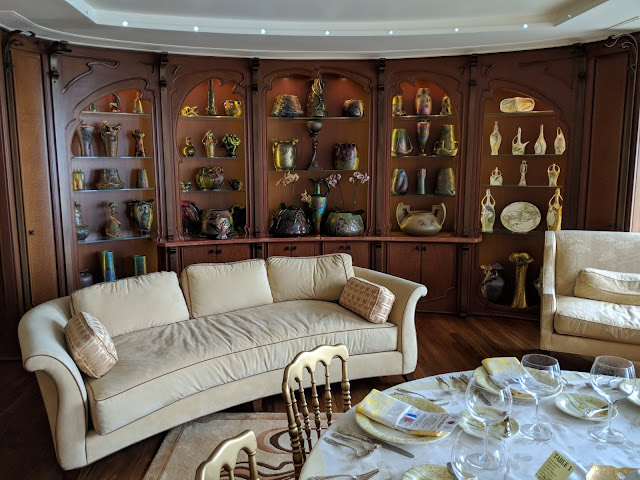 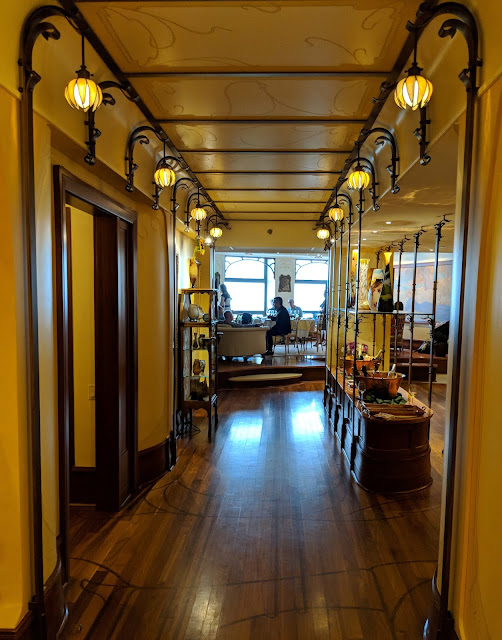 the ceiling from the Aquariroom ;-) 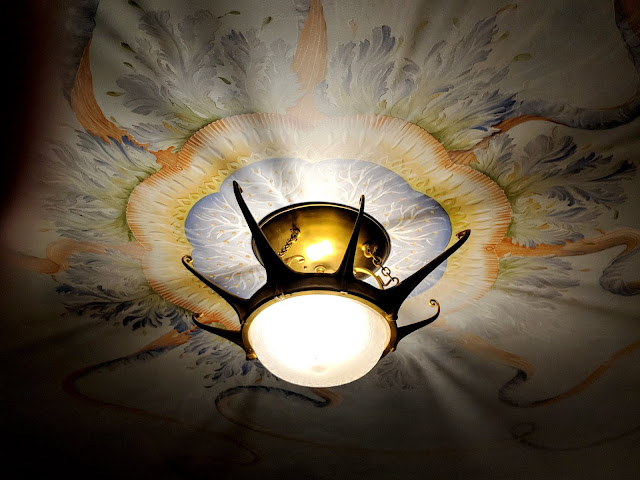 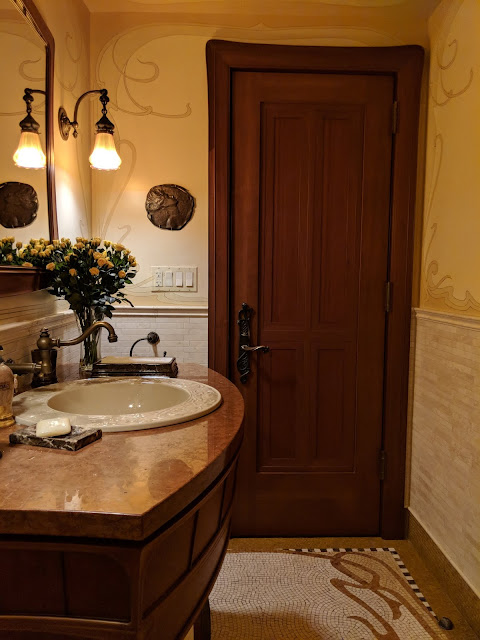 through triple pane windows - the fireworks at Navy Pier... 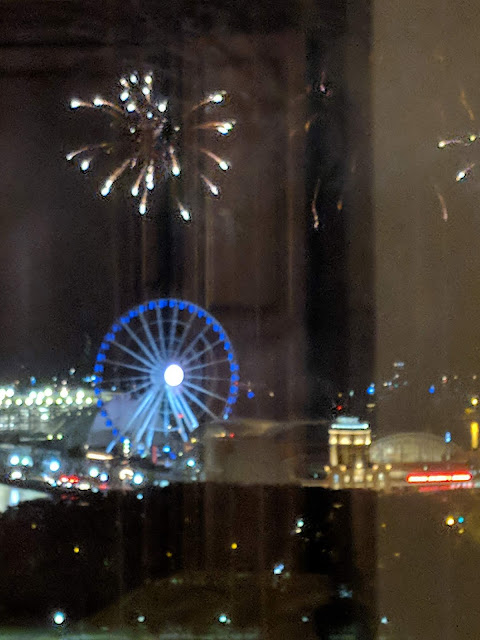 a fabulous evening with many of our favorite people! a huge shout out of thanks to our hosts! Todd and Evelyn... a perfect evening in every way!!!!!!!!!!!!!!

tonight dinner with my travel buddy Tom who is flying through Chicago and made time to stop over  and tomorrow Oceanique and then Wednesday El Ideas (we haven't been yet this season) and Friday the pop up - where we will be rejoined by Shari and Stephanie & John, and possibly Beth.... so plenty to keep us busy!
Posted by TOR at 5:44 PM