me a slide show of folks on the street that were dressed atrociously.  some deliberately so and others apparently inadvertently - but who can really tell sometimes.  it got me thinking about New Orleans because one of the included photos was very obviously taken someplace in the French Quarter.  it was in that vicinity that I happened upon some pirates one day while out walking around taking photos.  they gladly stopped for a photo, the smallest one brandishing his sword. 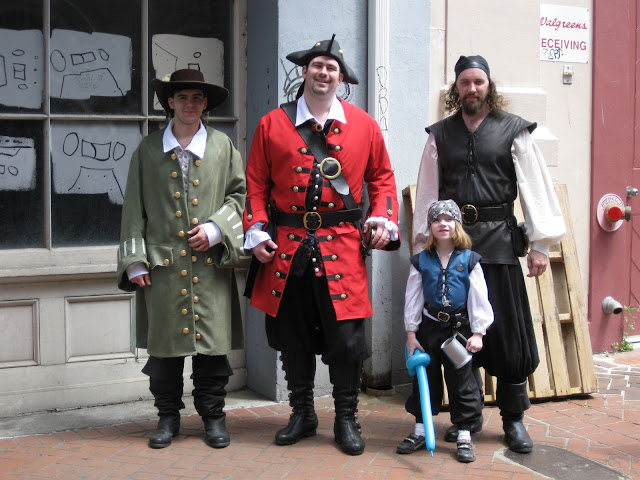 then, around the corner I came upon a Lucky Dog cart.  I admit I have never actually had a Lucky Dog so I cannot attest to their gourmet qualities but I can say I do always look for Ignatius Riley when I see the carts.  Alas I have yet to find him except between the pages of the wonderful "A Confederacy of Dunces" - a worthy read for anyone who has missed it. 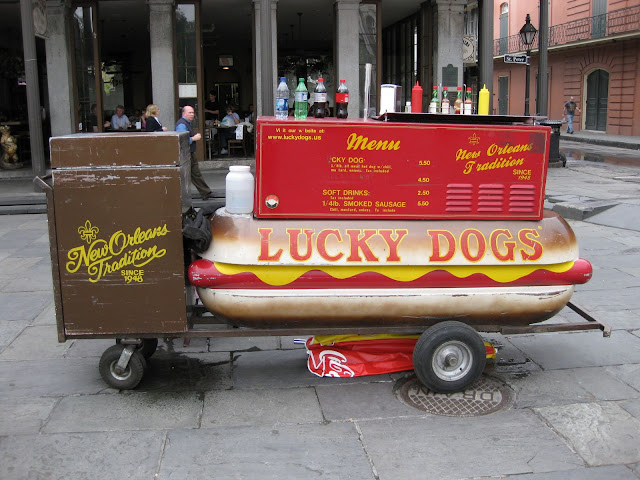 when I first started traveling my number one destination was SFO but NOLA was definitely number two.  I am not sure you could find anything else in the US as akin to a foreign country.  the other thing that somewhat qualifies is Key West which is only a US island on the map, it is definitely outside the jurisdiction otherwise. more than a dozen trips to NOLA and at least ten to Key West and they still hold charm- what more can one ask for from a get-away destination?
Posted by TOR at 7:17 PM