when we decided to go to Morocco that things would change.  we had been in Spain for three weeks - actually more Andalusia than all of Spain.  the trip had been wonderful and I had been especially taken by the Moorish architecture and tile work.  my mother had already been to Morocco but wanted to return as her trip had been for just a few days on the way back home from Egypt sometime in the mid 80s.

so we planned in mid 1999 for the trip in the spring of 2000.  in December of 1999 my father called me.  now mind you, I knew something was wrong because my dad never called.  my mom (as in many families) was the one who phoned and kept track of all the kids and grandchildren and who was doing what.  he told me my mom was fine and that the surgery had gone well and she expected to be back from the hospital in two days!

what surgery?  what hospital? why hadn't he called to let me know she was even having surgery? "she had a lump in her breast" - and he started to cry - "I wanted to call you. she told me I couldn't, that there was nothing any of you could do and that we didn't know anything and not to worry you."

so in December of 1999 my mother was diagnosed with breast cancer and she started a course of chemo and radiation after a lumpectomy.  (and as you can tell from the dates of my blog she lived more than another decade. and she actually went more than five years cancer free - before her second round of breast cancer and subsequent surgery.)

however, this brought us to our planned April 2000 trip to Morocco.  she insisted I go- actually she didn't cancel until the very last minute fearing I would back out and not take the trip.  I did many of the things she did in her first trip but added to it with time in the Sahara and some additional stops along the way, including  the mountains and several gorges.  these are some photos of Morocco that she enjoyed seeing when I returned from the trip she insisted I take.

the leather tanning in Fez 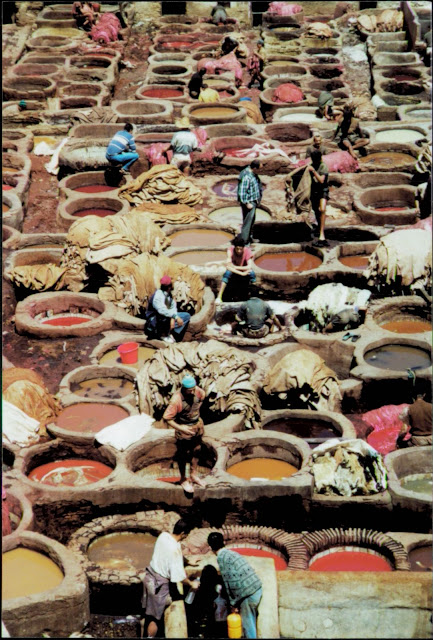 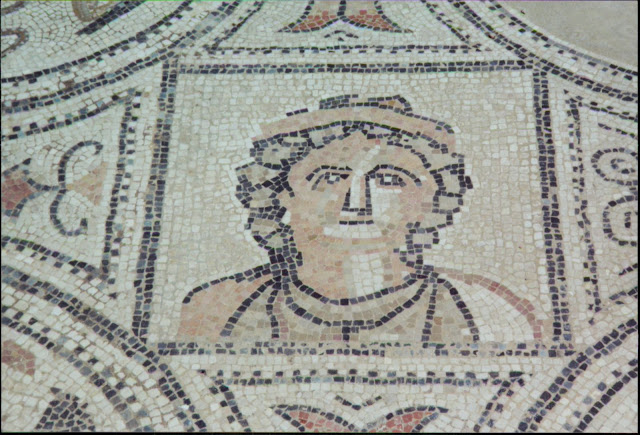 tile work on mosque in Casablanca 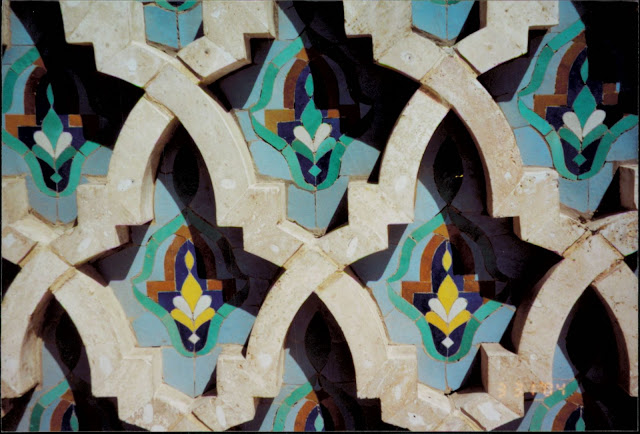 the blue gate of Fez 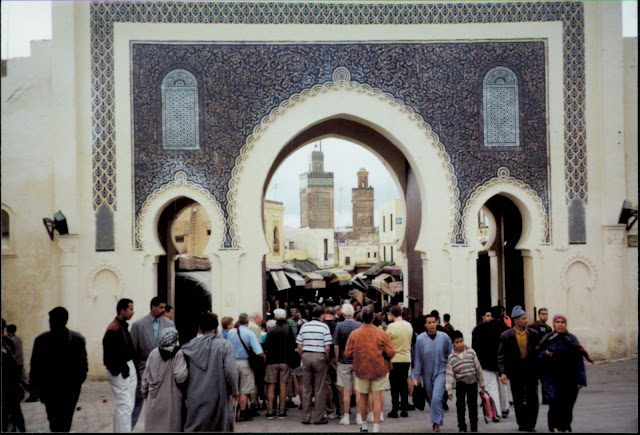 cats near the spring at Chellah 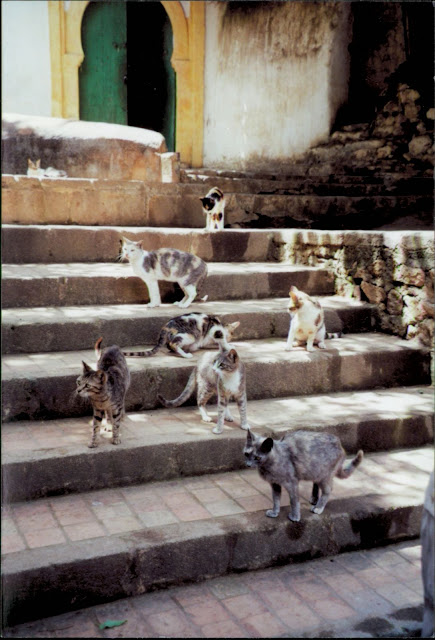 ksar on the way from the desert to Marrakesh 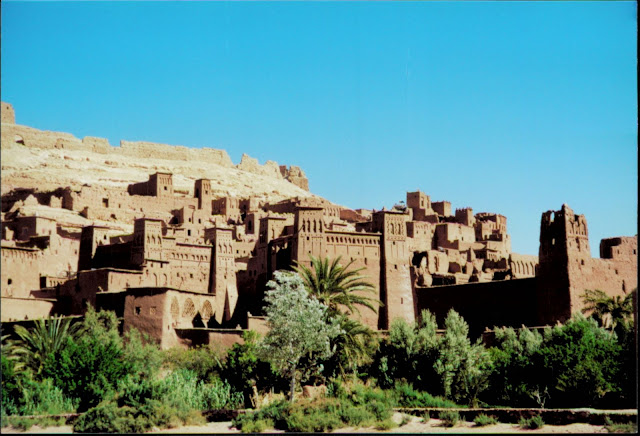 camel ride in the Sahara 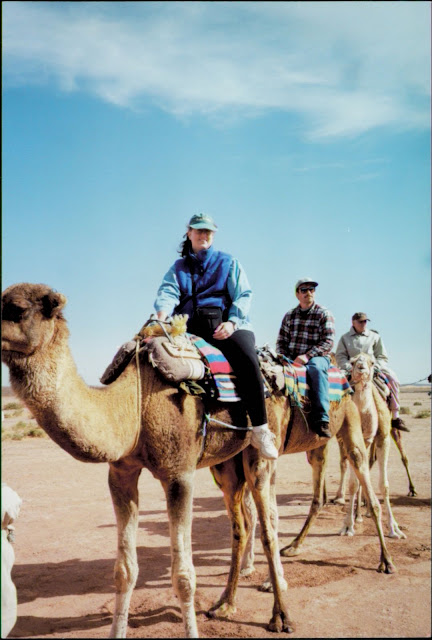 when I went somewhere my mother had not yet been, she went vicariously.  she always wanted a set of the pictures to pour over and ferret out details that I may have not yet given to her of the trip .  she had been a traveler for so long that she really internalized the tales I came back with especially when she could see it in a photograph.  I think over the years of traveling, my mother made me a better photographer because I shot with an eye to really show her what I saw when I was there- not just the standard "photo ops" but something more of the details of life in the places I visited.