preparing for a long time to lose my mom.  in 2009 she was so very sick that all my doctor friends told me - based on her blood numbers - that her time was very near.  but as I said in my holiday letter - she was like a cat with nine lives- she always seemed to pull another one out her bag of tricks.

the first time we discussed scattering my mom's ashes we had agreed to the lagoon in Venice.  when my mother and I made our first (just the two of us) trip to Europe we went to Italy.  I vividly remember exiting the train station and finding the vaporetto that would take us to the stop nearest our hotel.  we got on the boat with our luggage and looked at the map of the stops carefully paying attention until our stop arrived - Giglio.  we exited the boat and then crossed the small floating platform that served as the stop and started to look for a way to leave it.  we discussed our options - the only way off the platform other than the Grand Canal was a very very narrow passage between two buildings - barely an air shaft.  clearly however, this was the way to the heart of the city.

as we started down the passage another person entered at the other end.  we backed up- and waited - there would be no crossing paths midway- especially with suitcases, even rolling ones.  then having witnessed the fact that a person actually had come from the other end, we made our way through to the campo (small square) at the other end of the passage.  from there we took the widest lane over several bridges to the small passageway (only slightly larger than the one from the vaporetto stop) to the front door of our hotel. 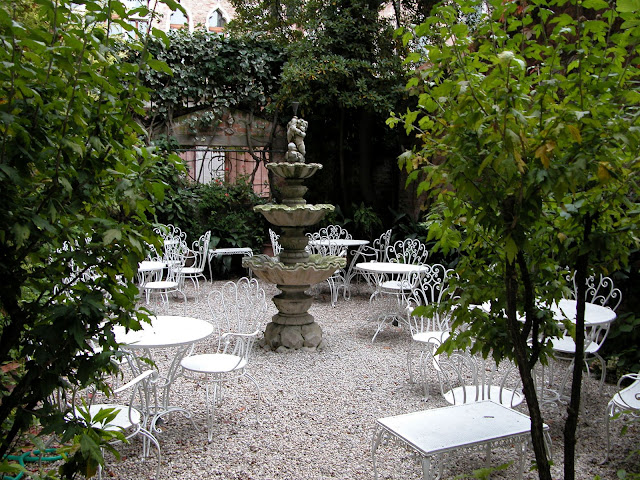 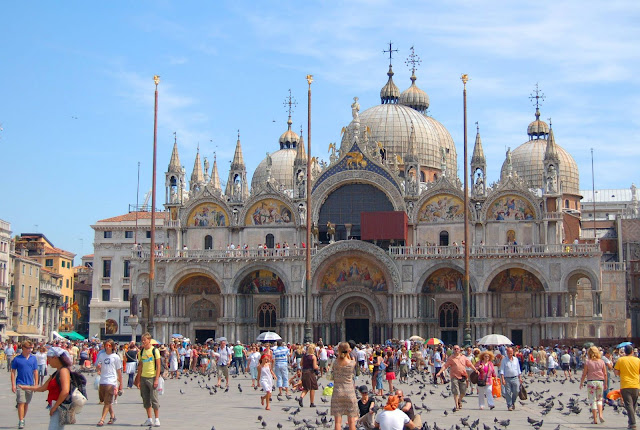 san marco
upon our arrival we met Sergio, who happily checked us in for the eight nights we would be staying.  our small comfortable room was without a view of the Canal but it did have a view of both the lovely courtyard garden of the hotel but also of other courtyards as well.  we immediately left for San Marco.

I don't know if I could ever describe the excitement we both felt upon entering the fabled Piazza San Marco, a place we had only seen in photos and yet here we were! in Venice!

the city itself a dream - a wrinkle in time- where you hear footsteps, not vespas and traffic.  a place to get lost and lost again, yet always ending up exactly on the way to where you want to go.  a figment of every traveler's imagination. 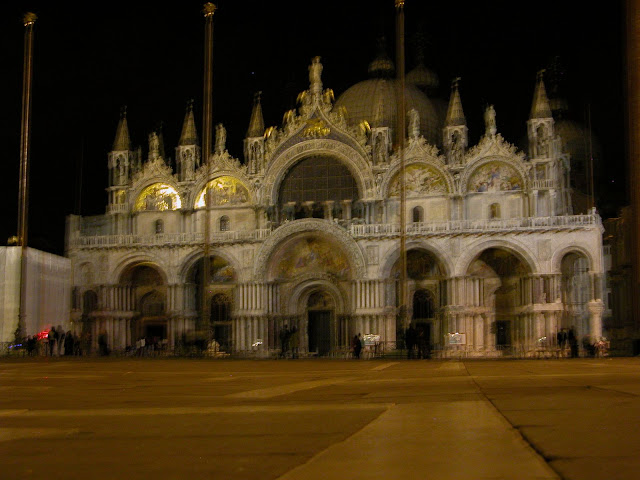 since that trip, I have been back to Venice a number of times, but the first was special.  after our return from that trip, we found a book of fabulous photographs and quotations about Italy.  and the very last quote is the one I want to include here:


"I can honestly say that if I was told at this moment that I was dying, not my first, not my second, but certainly my third thought would be that I should never see Italy again."
Dame Millicent Garrett Fawcett
we agreed that for us - that would be "that I should never see Venice again." and it was at that point that we agreed that my mother's ashes would be scattered in the lagoon so that she would see Venice again no matter how things turned out.

over the years the plan grew- our travels took us to new and interesting places- both together and separately.  later we hatched the scheme of her going along with me to new places - after she was gone - I would just take some of her ashes to each new country.

and so  -  Tunisia will be her first destination on her new travels.  and it brings me great joy to be able to still share the adventure with her.

here are some of my favorite Venice pictures: 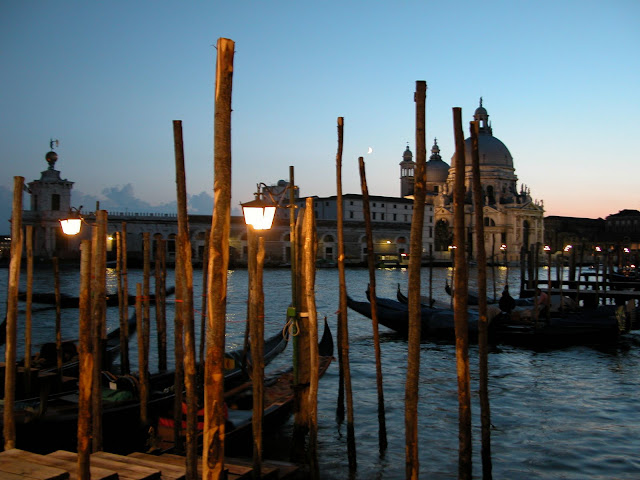 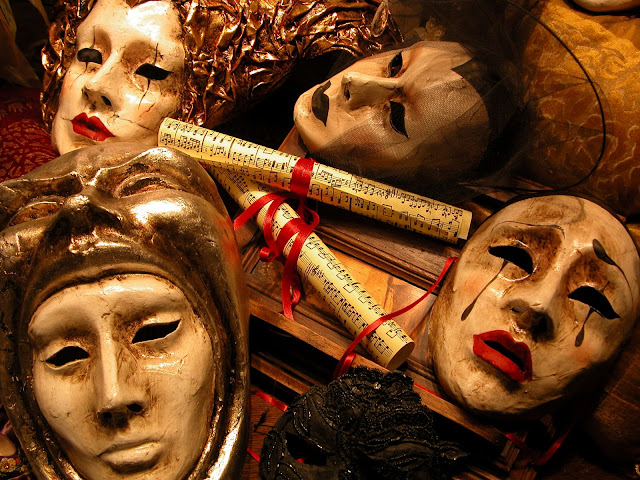 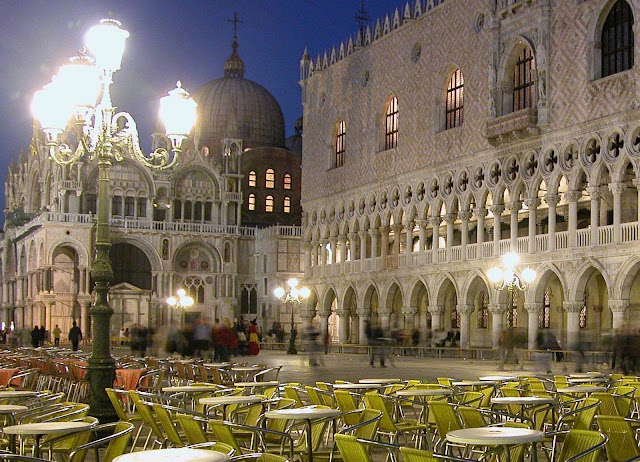 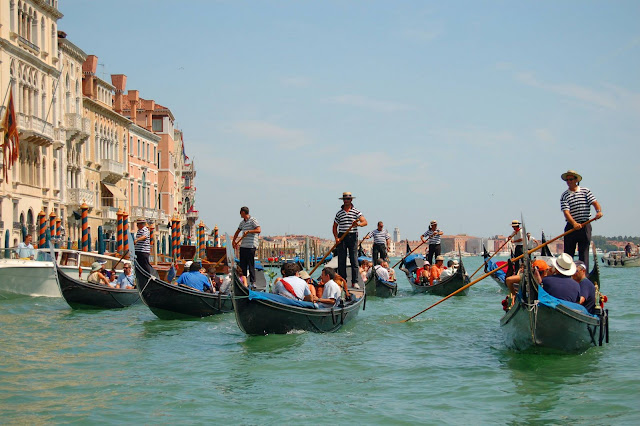 "over all broods that mysterious stillness, that stealthy quiet, that befits so well this old dreaming Venice." Mark Twain 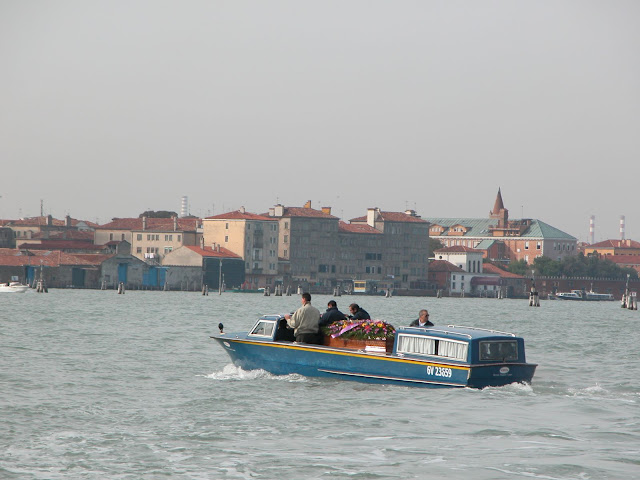 a funeral boat headed to San Michele cemetery
Posted by TOR at 6:11 PM

Email ThisBlogThis!Share to TwitterShare to FacebookShare to Pinterest
Labels: venice